Journey to get our Blackberrys ♥

I wasn't really sure about getting a Blackberry at first ;
I was happy with my bigbulky HTC TyTn and Sony Ericson phones that I didn't bother changing them till one of them died. So one fineee day, while having a yumcha session with the bunch Abby kept psycho-ing me to get a blackberry, and then the boy was already sure he wanted one, so yea; the journey to get a blackberry happened.
We first started off by surveying phone lines  and prices, comparing one by one.
Hey I didnt want to get conned okay!
First stopped, the city; kayelle. 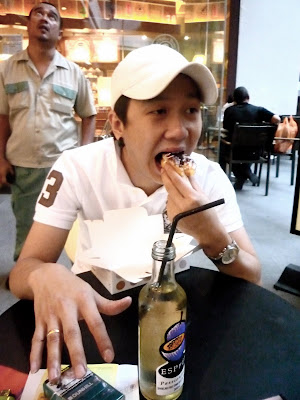 the boyf feeling oh so hungry suddenly.
stopped by for some donuts :) 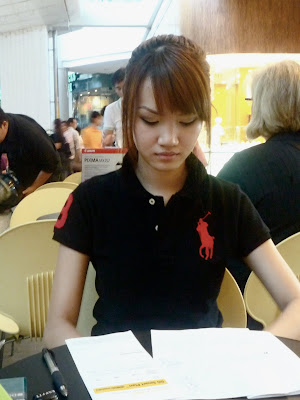 I was busy reading on stuffs and calculating things, hehe. 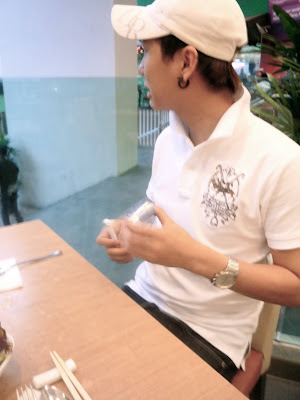 & dinner at a Japanese restaurant, after all the walking and asking questions. 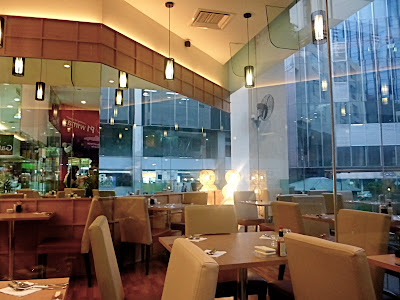 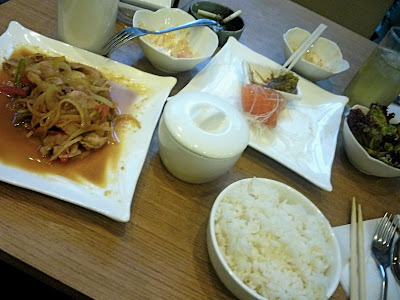 yummers!
the first day ended up with nothing as there were a lot of thinking to do;
remembered that I reallyyyy wanted to get my phone that day.
but baby surprised me and said we'll be collecting our phones the next day!
:)
major yeayyyy!
Next day, off we went to Subang Parade to collect our phones.
we were quite particular as we didnt want those stamped with Vodaphone logos etc.
so his friends got us brand new ones. 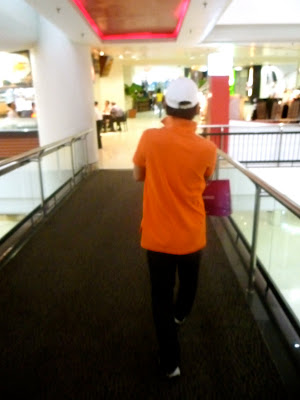 the boyf so happily carrying the bags containing our phones. 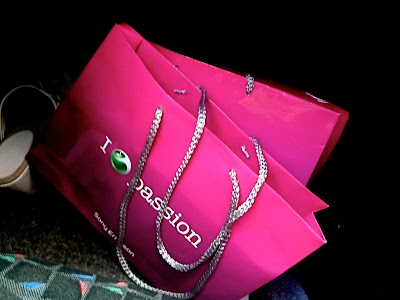 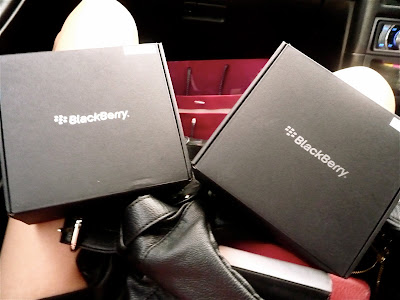 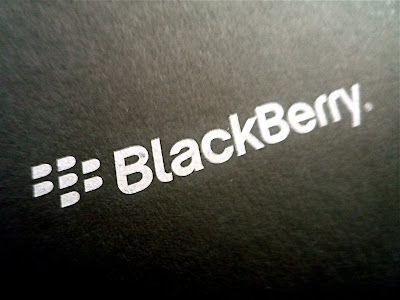 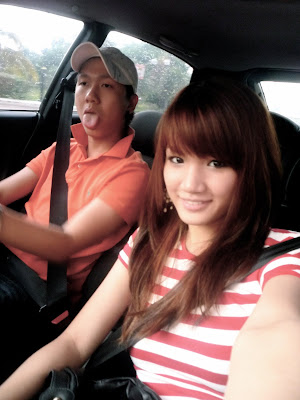 went back to my place and charged our phones cause we were so anxious to use them :) 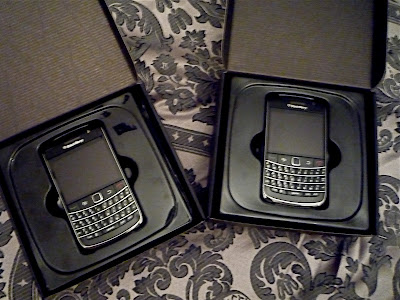 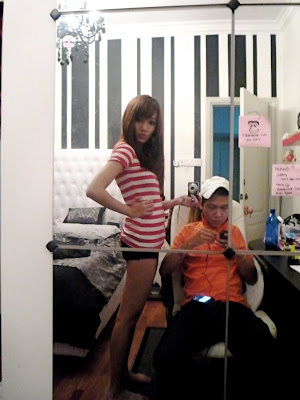 baby couldnt stop toying with his even when it was still charging!
D:
gosh, boys and their toys.
next couple of days or so, we went and got our lines done.
wheeee, the final step! 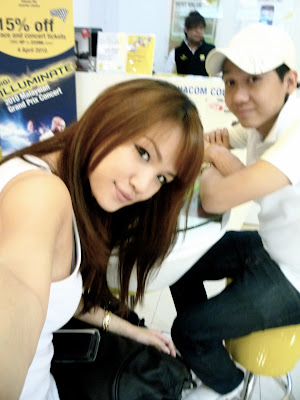 it took less than a few hours and we werent on our blackberrys!
NONSTOP, seriously.
getting apps downloaded etc. 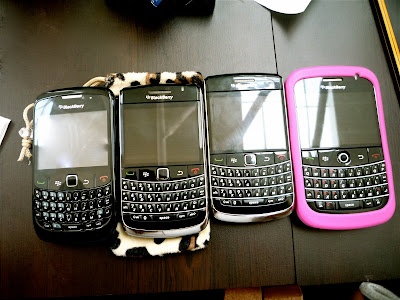 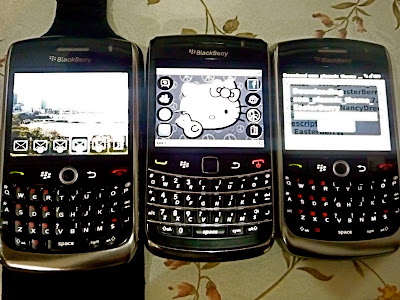 two Javelins and mine in the center :) 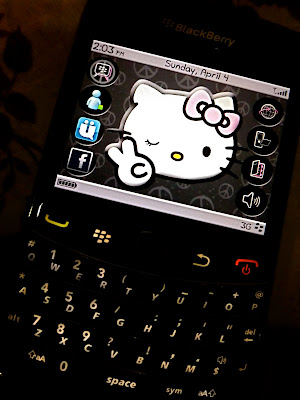 got my theme downloaded from;
nancydrewthemes.com
they offer a tonnes of themes! and you can also join their 'Theme Club' for more themes!
all the Sanrio cuteness :) 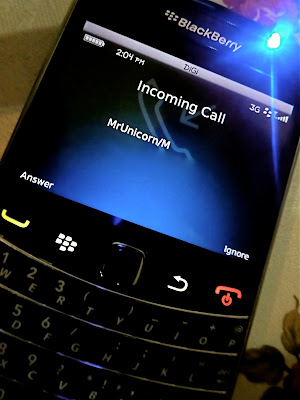 couldnt capture the multi-colored changing lights;
but its damn nice!
there's two apps which i'm using, one called ColorID which lets your personalized TWO contacts and another one called BeBuzz which allows you to set for all calls, missed calls, sms, and e-mail.
You can download all of them from your Blackberry App World!
Happy downloading people!
x 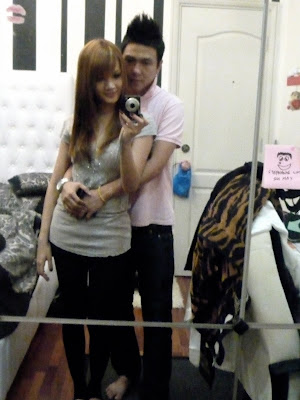