So it's my second trip to Langkawi this year.
Looks like I'll be going to a lot of same places this year, maybe I should try Europe soon if my budget allows, lol.

Anyways it was a road trip so we left KL in the wee hours of the morning. None of us actually had any proper sleep, I myself had nada. 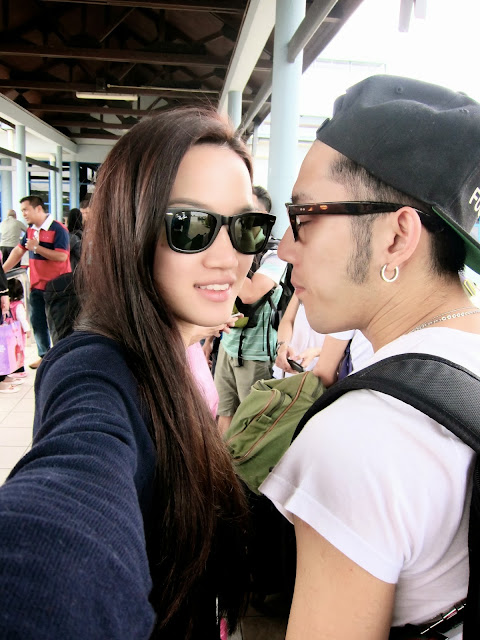 I even forgot to bring my shades but the boyf brough an extra. Lucky me!
He was already napping while we were waiting for the ferry. Yeap, you have to take a ferry if you choose to drive to Langkawi. 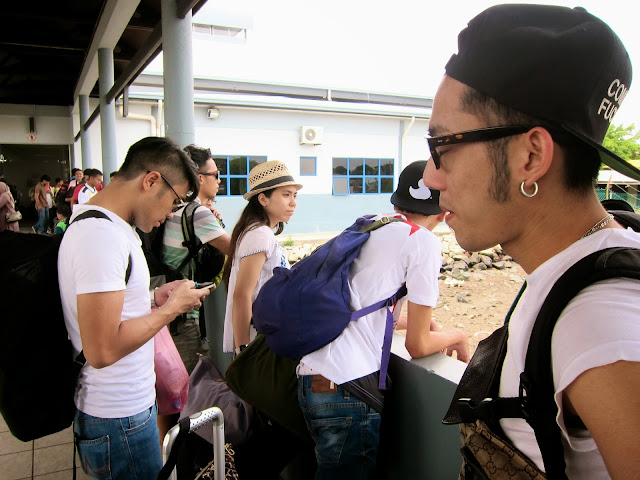 The bunch :)
All of us were pretty zombie-fied.

Finally we arrived after an hours plus boat ride we are here at Langkawi! We decided to rent a car as it's much easier getting around on the island on our own, as they kinda knew where they wanted to check out or visit. 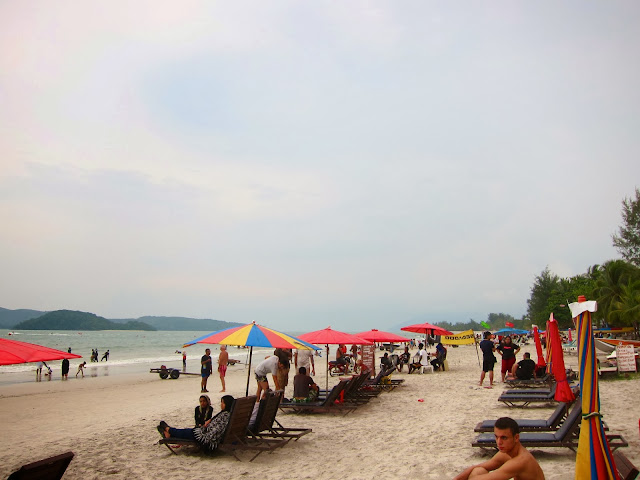 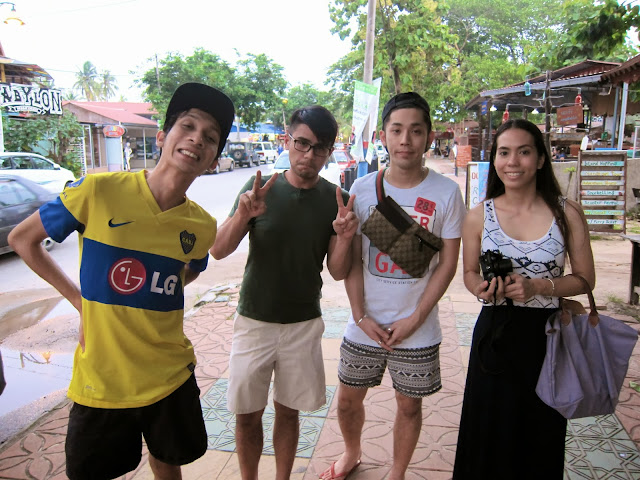 We drove straight to our hotel and checked in.

It was a tad bit gloomy but we took a stroll along Pantai Cenang, to my surprise there were so many tourists from around the world. Yes, I do admit sometimes I underestimate Malaysia's attractions. Well, that's because we have tons of gorgeous places that the government never bothered to upkeep and maintain, or even try to boost its popularity! 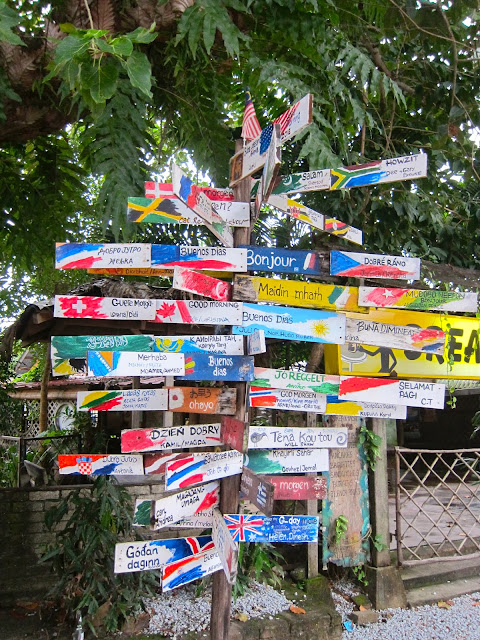 We had dinner and stuff, walked around, bought some alcohol and just decided to chill for the rest of the day till night fall.

The next day, the group wanted to do some sight seeing and I was pretty up to it myself as the last time here I only stayed in the hotel, like I didn't even bother leaving its premises. 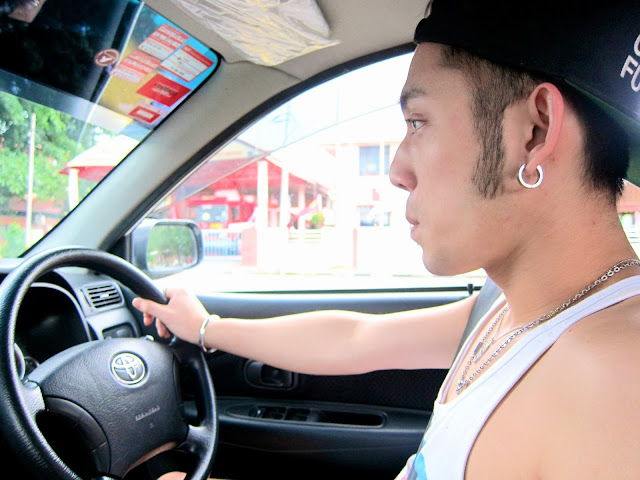 It was a better, beautiful sunny day! 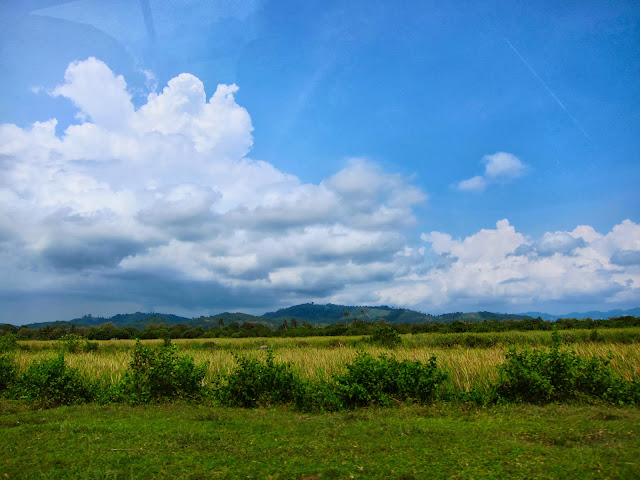 We stopped by this beautiful stretch of beach along the airport for some light refreshments and snacks. They had cendol and stuff, while some of us took some pictures on this beautiful coast line. 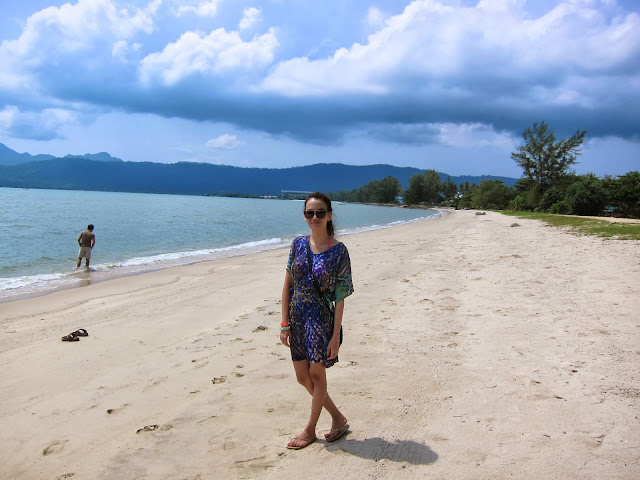 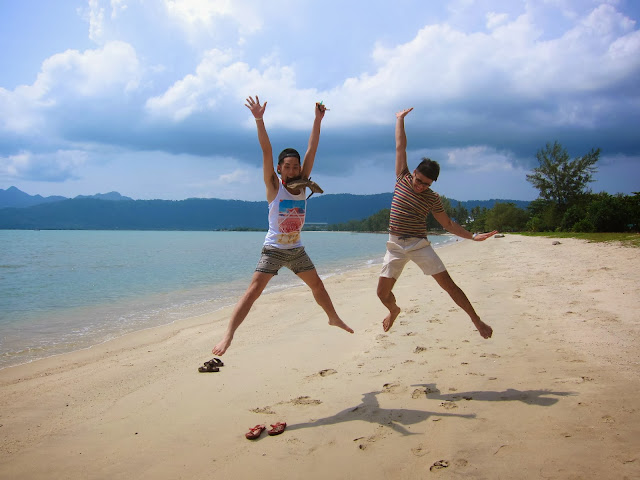 We stopped by the marina just to check it out, then off to Telaga Tujuh for the waterfall. 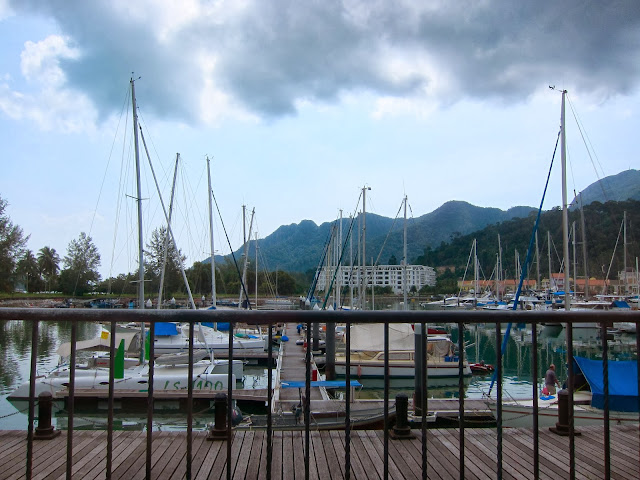 It was gorgeous! But sadly people have been loitering around, meh.
I found a rock that I just proclaimed my own while the boys did their exploring. 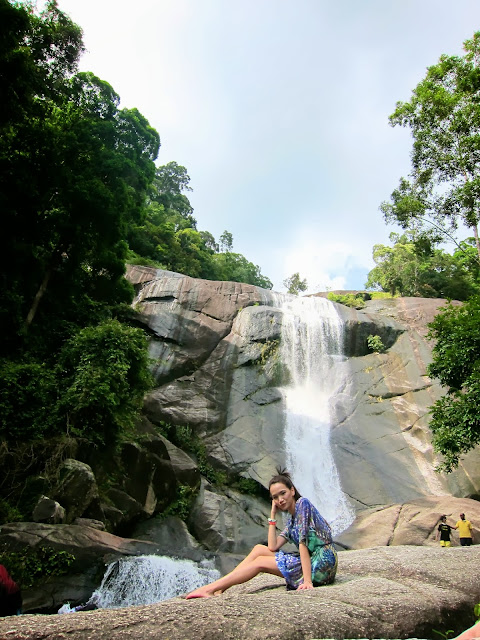 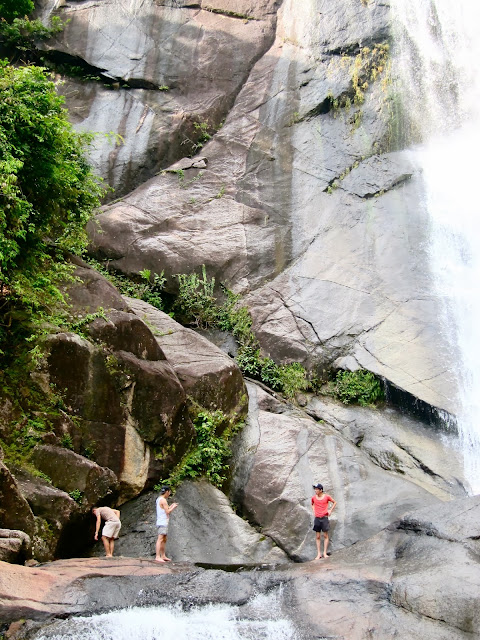 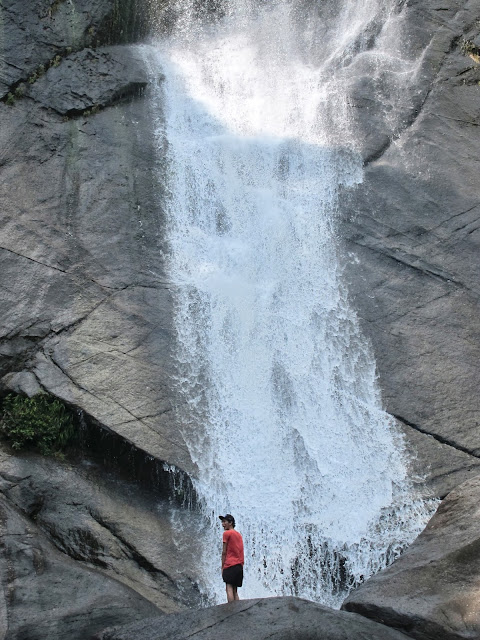 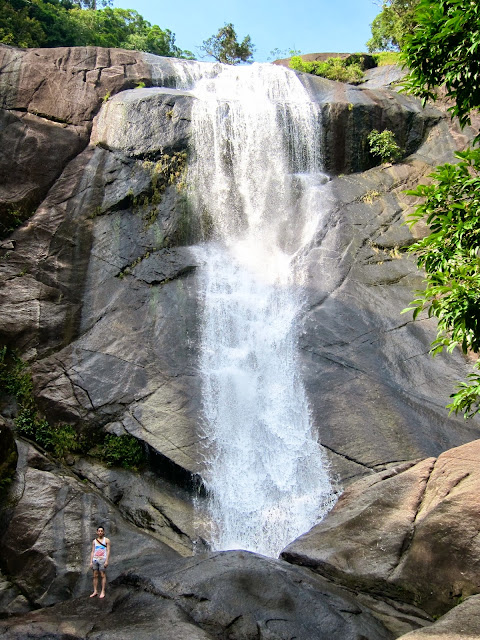 Then we stopped by another beach, which I totally forgotten what's it called.
It's right infront of The Danna Hotel though. Really pretty I would say. 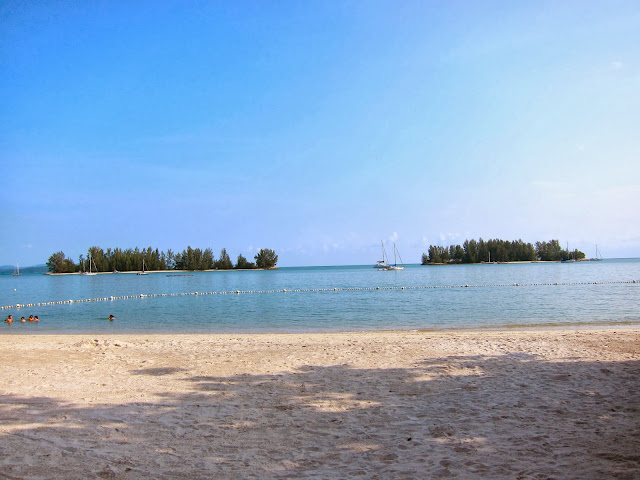 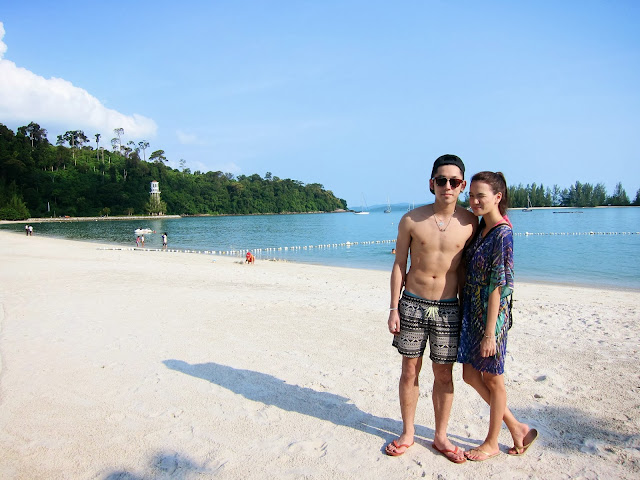 Headed back to Cenang beach to catch the sunset. 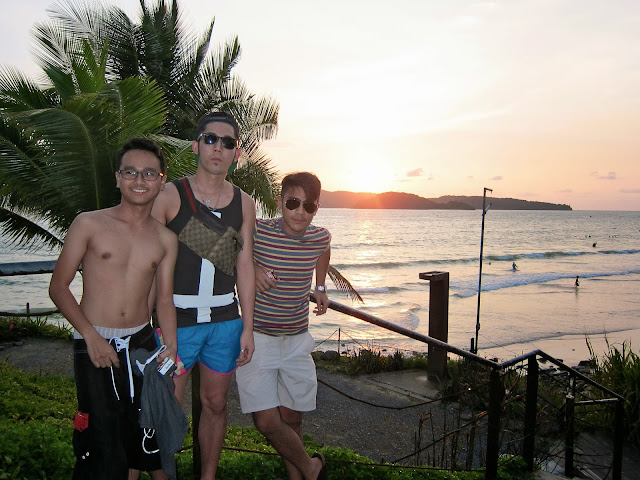 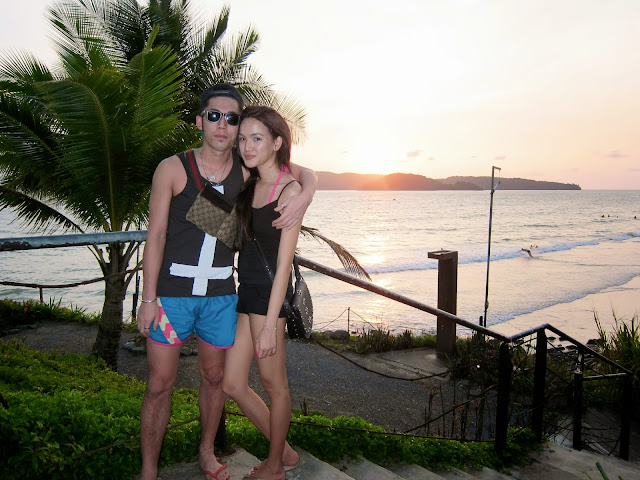 Where we did some funny and epic jump shots. 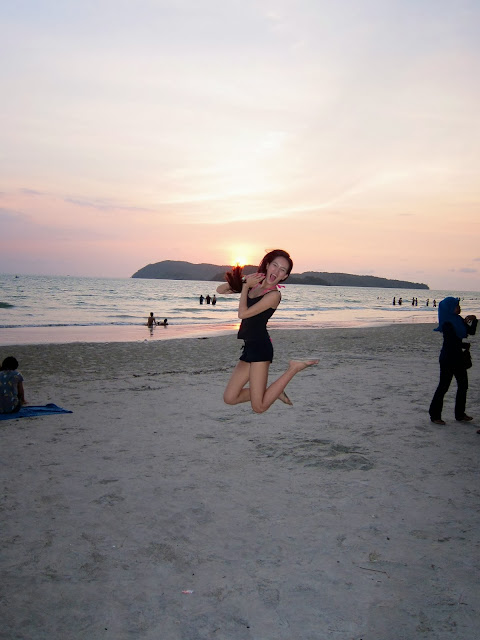 I cannot hold a pretty face while doing a jump shot, if I did something else would go wrong, like my hair covering my face or just something. I wonder when will I manage to get a nice proper one lol. 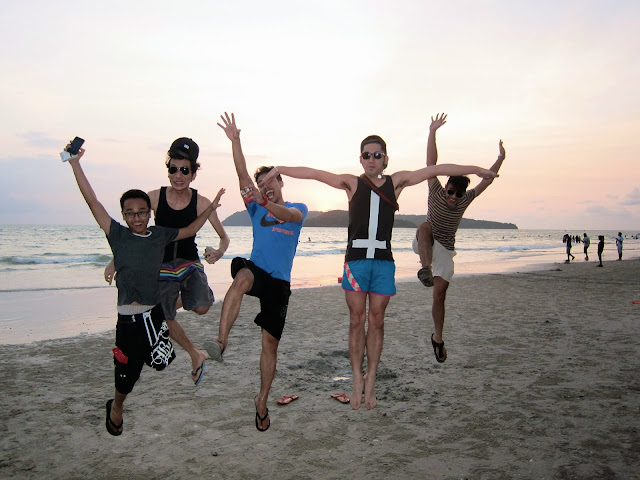 The guys one were pretty epic haha! Look at those faces and jumps!
After all these jumping around we had a delicious western dinner at Red Tomato run by one of our friends family friend. 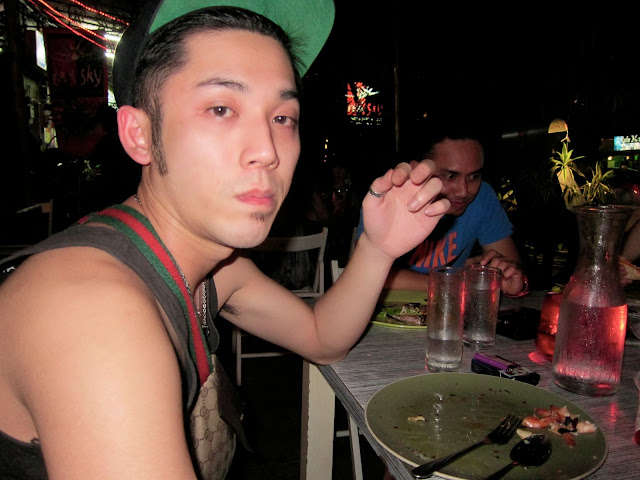 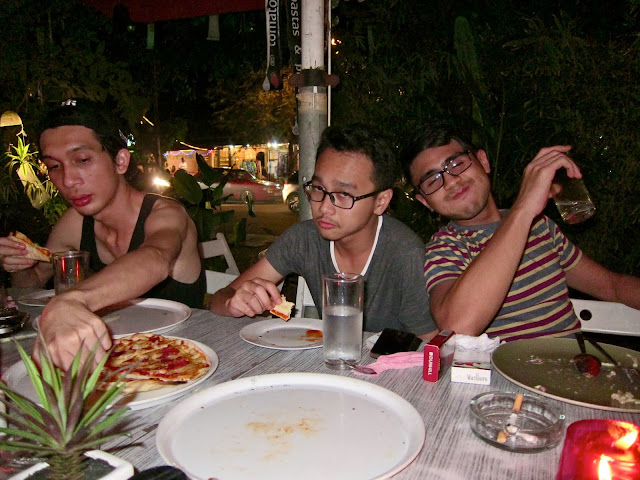 The night continued on with more drinking and chilling as we couldn't find a decent club to go to.
The alcohol there is super cheap, cheaper than bottled water! So might as well.