Met up with my babes at Delicious, One Utama for a damn chun gossip session.

I was there the earliest, cause Jacklyn said she had to work. So I got there around like 11am?
And then I got two sms'es. One from Fran saying that she'll be late.. Hangover.. And then another one from Jack saying she'll be late also.. Hangover..

Went shopping with sis, tons of pictures and a really hot dress but my stupid thumbdrive had to be reformatted also. So I lost all the pictures, I'll upload them later.

Around 12.30pm I headed down to Delicious. 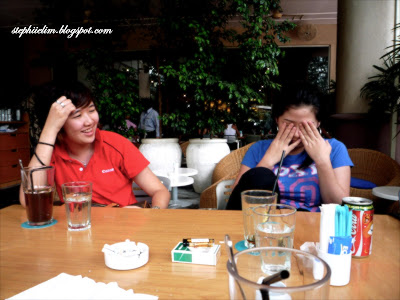 Thats Madeline on the left and Jacklyn covering her KO'ed face.

Me and Fran below. 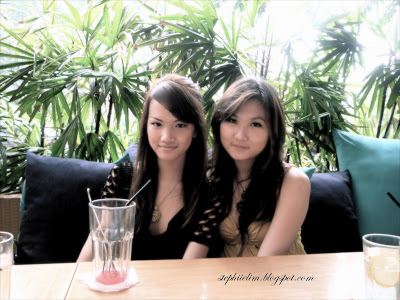 We talked for about 2 hours straight weyy.
Hahah.

Good times!
Shall do it again soon yea?