Two days ago, after college I went over to KBU College.
Played foosball and rocked at it! Haha.
Headed over to Centrepoint McDonalds and waited for my darling Abbie to finish college.
Yes, my baby started college at IACT already. Yippeee!
Headed over the Curve for lunch at Sakae Sushi. 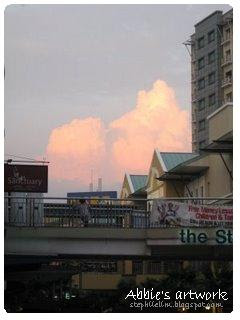 Then to e@Curve, formerly known as Cineleisure to watch/support KBU'ians.
Before the tournament started, had round of dodgeball and realised how badly I sucked.
Ohmygod! Its damn scary seeing balls flying towards you, heh.
It wasnt that easy tho, there are rules that I didnt know existed until I played. To me, I thought dodgeball was all about throwing balls at someone.
Haha enough of dem balls. Pictures! 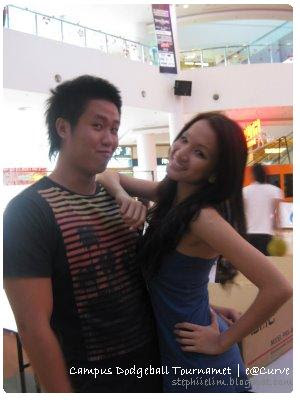 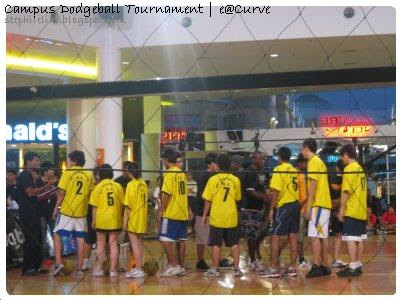 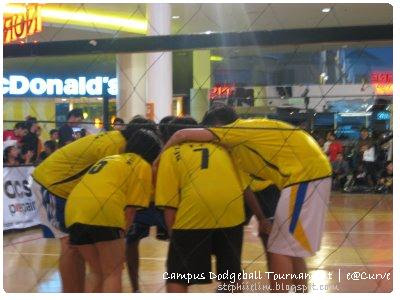 Lots of effort and hardwork!
Its not an easy sport, but im hooked (:
LOVES!