been waiting for them since ages ago, wanna put some up on the wall of memories. 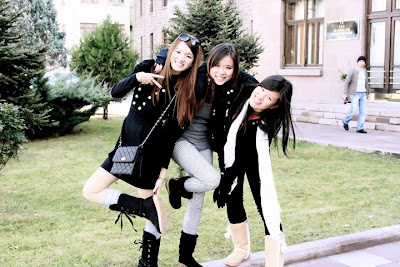 happy times, after lunch near the train station at a old classy restaurant
& yes I wore a dress even with crazy temperature dropping to as low as negative three degrees. 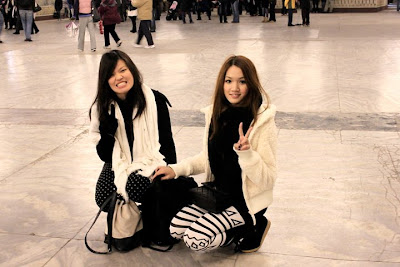 at a Church in Istanbul with 'jawi' written on the walls/ceiling but a portrait of mother mary painted on one of the pillars. 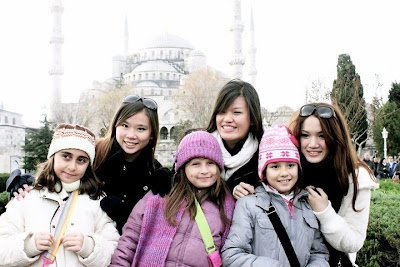 with cute Turkey kids. Wanna pinch their cheeks so badddly!
The girl on the right looks like the young girl in Missy Elliots video, forgot whats the name tho.

this was taken outside the Blue Mosque.
one of the biggest mosque around.

I swear we didnt ask them to take the picture with us, but somehow my sister is like a walking attraction in Turkey, with Turks coming up to ask for pictures with her. EVERY-GODDAMN-PLACE-WE-WENT. After taking pictures, there was this two really really pretty teenage girls that kept following her, with starstruck faces. I was literally shocked haha.

Last but not least, TURKISH DELIGHTS! 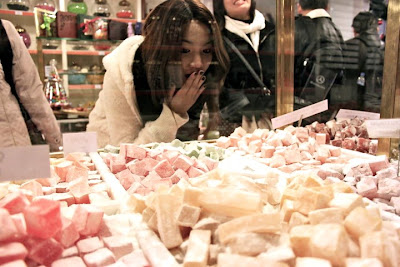 p/s : Been busy with examination and stuff, last paper tomorrow after that its sem break! More updates after tmrw I promise :)