My Melbourne posts will be never ending! Haha.
What to do, I spent a month there when I was initially suppose to be there for only 3 weeks but I ended up extending for a month lol.

Since I got no idea how many posts to go till I finish Melbourne, lets just skip the days and more on to the activities I've done while I was there as I cant be uploading all of the 800+ pics I took! 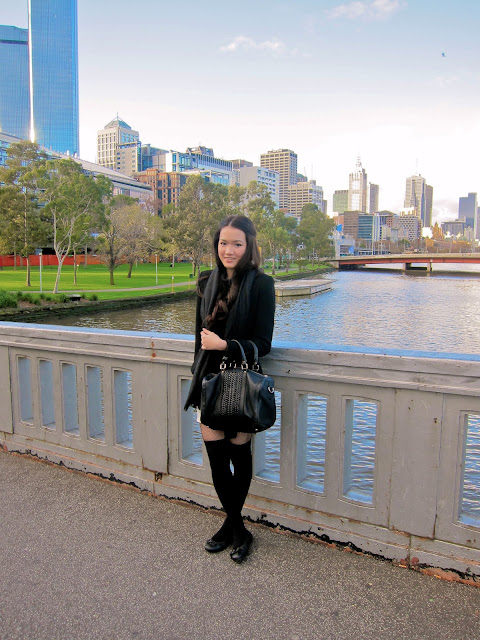 A beautiful afternoon (it's hard to come across a bright sunny day in Melbourne!) spent walking around Melbourne. Being all touristy I deff had to get pictures of how sunny and colorful this city can be. 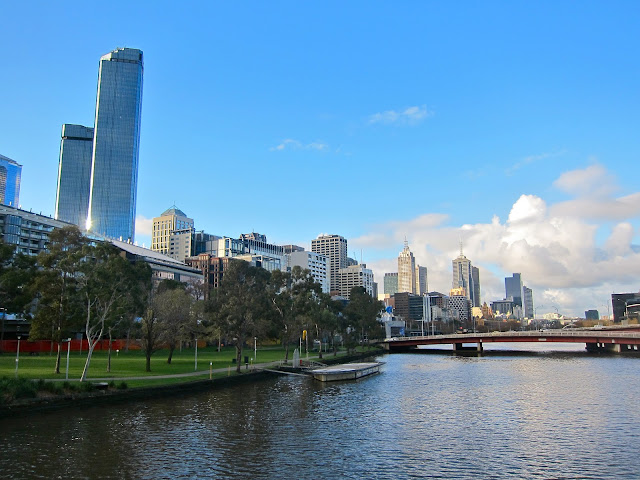 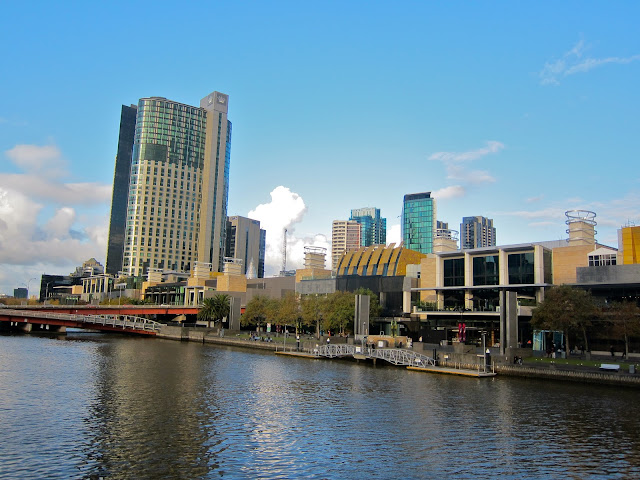 See what I mean? PRETTYYYYY!
Took a nice stroll along the Yarra River. 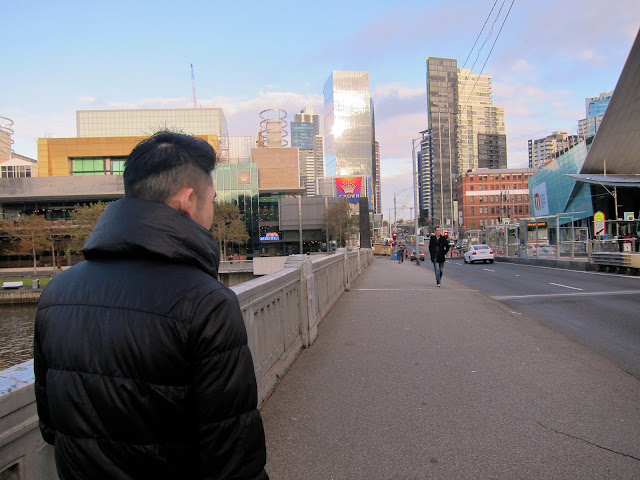 As you can see, Crown is just right infront.
Thats baby in this horrendous jacket, and the material was so so bad ; too bad it was given & we couldnt find any nice ones around to replace it, plus it was soooo cold everyday! No choice hmm.

Went for drinks later on at night, and apparently KY said I influenced him to drink daily and he's craving for drinks everyday now. Hahaha too bad I stopped my daily drinking habits. 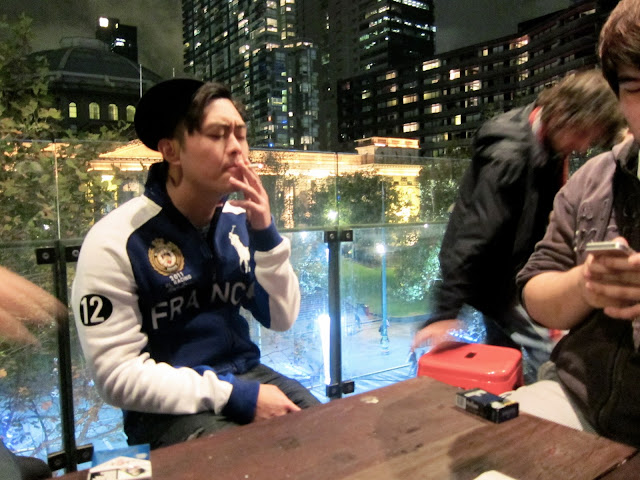 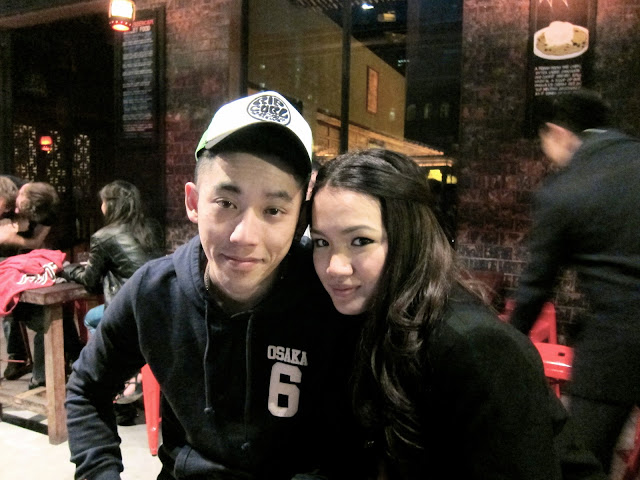 Drinks at Cho Gao.
I remembered I used to love chilling there but not this time, it was bright, stuffy and the floor was filled with spilled drinks.

Some day after that, we spent the day walking around the CBD. 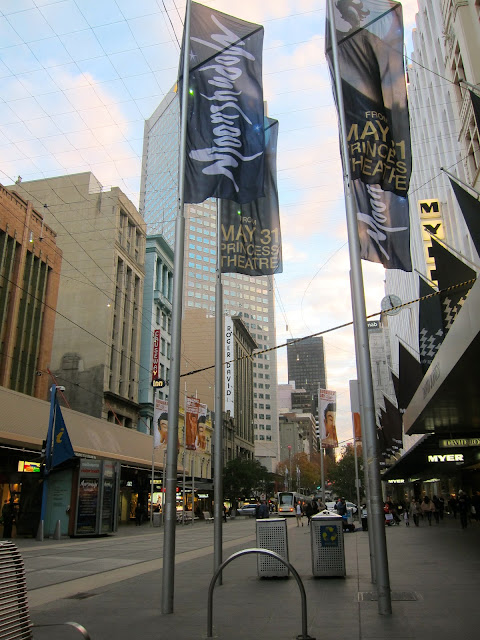 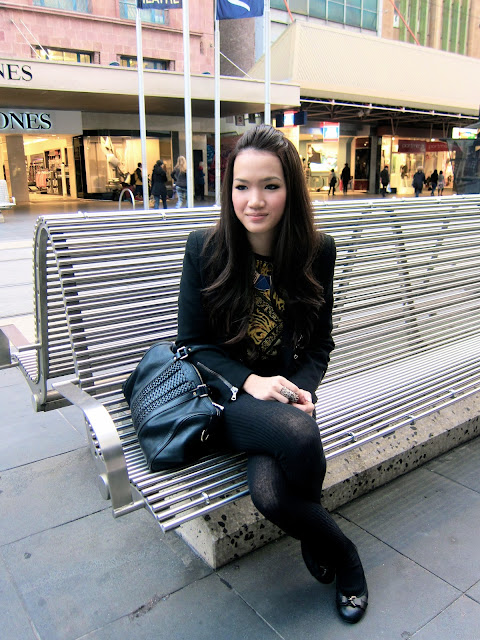 I really got no idea what's with my bloaaaated face! Chubby cheeks max.
But I lost some of the weight, you'll see later on during this trips/posts.

Then met the girlfriends at a bar nearby for drinks and some catch up session! 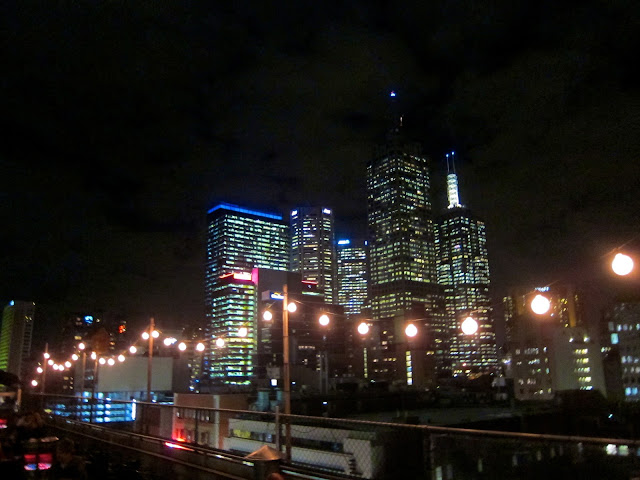 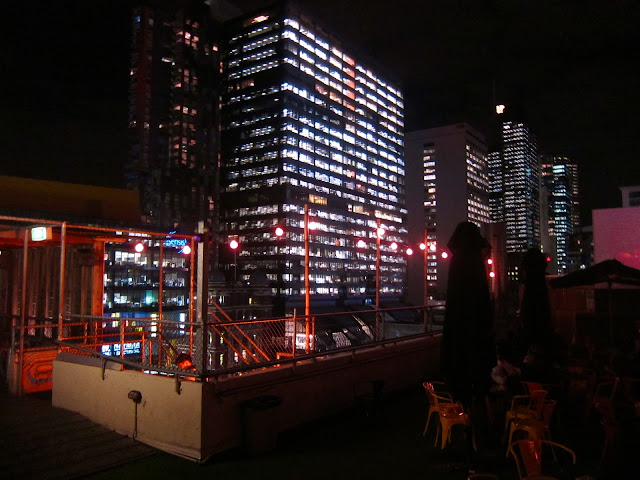 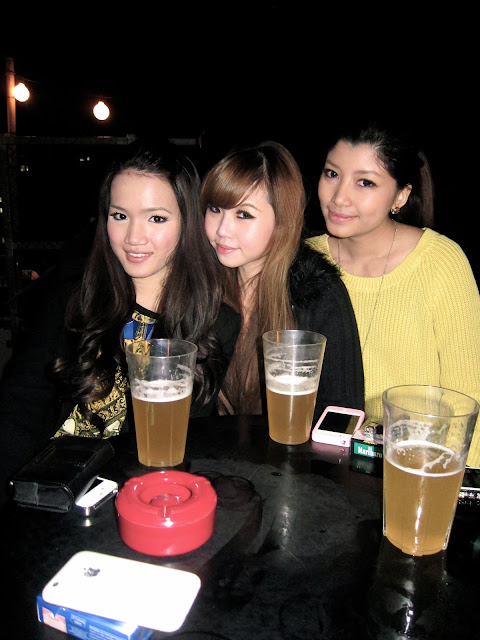 Girlfriends Abby and Clarissa.
It was nice, this time being able to hang out with the buds of mine and we grew closerr ; heehee.

After drinks me and baby headed to Max Brenner for some hot choco. 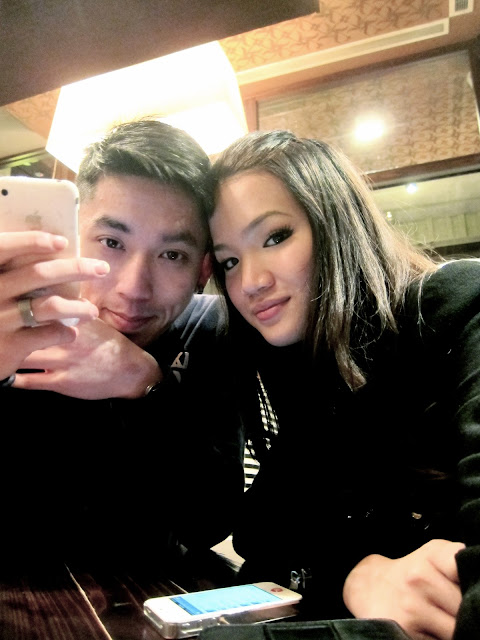 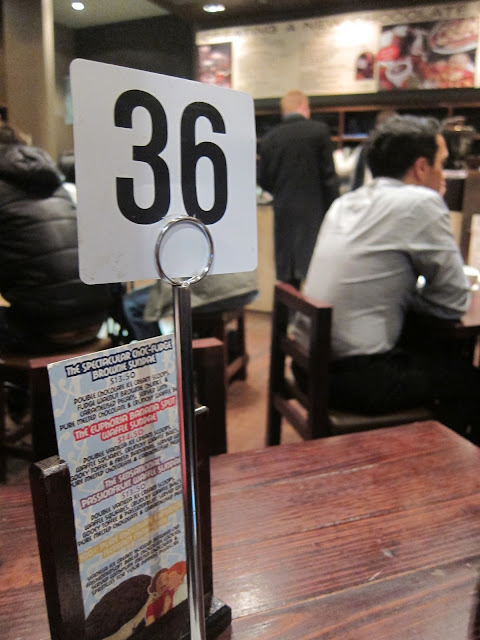 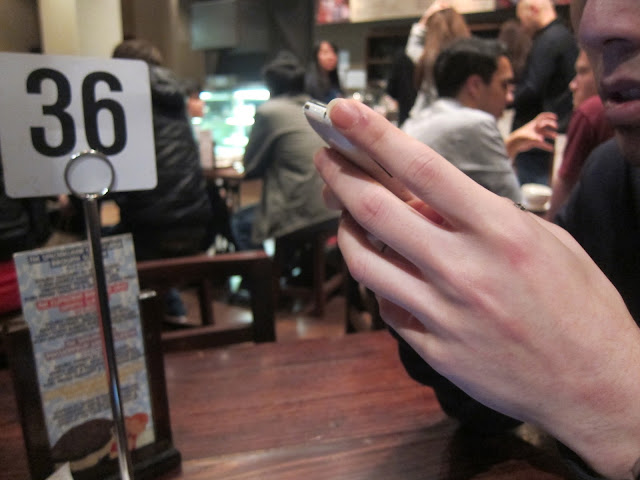 Sorry I forgot to take pics of the awesomesauce hot chocolate we had, but I love the tiny "balls" they put inside to give the extra crunch! A deff must-try when you're at Max Brenners!

On another sunny day, we went walking around looking for something to do haha.
Everyday is a new adventure, exploring the nooks and crannies of Melbournes CBD. 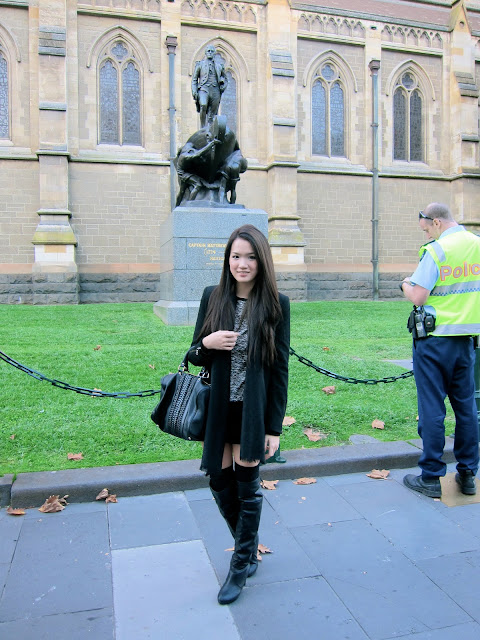 I was freezing to death in that but being a girl, you know lah. Gotta put up with the cold to dress to impress! 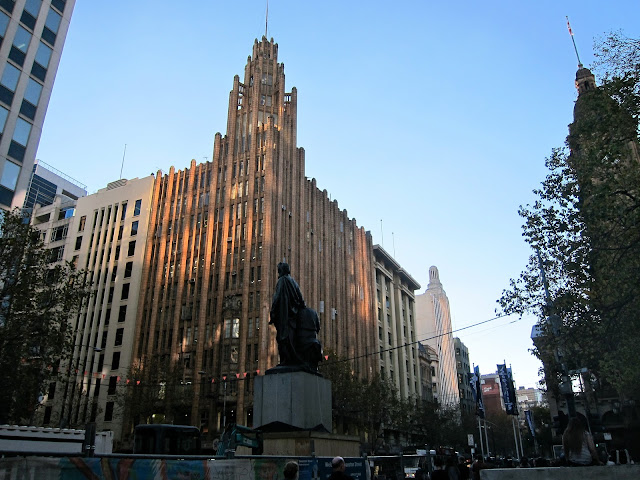 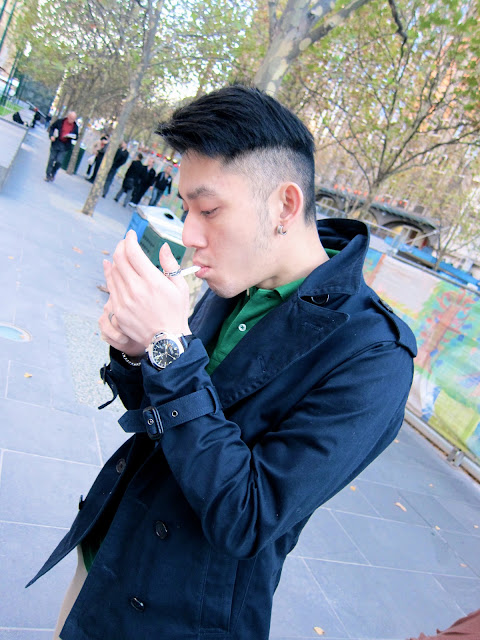 So we were looking for somewhere to have our super late brunch ;
Walked by a small alley on Little Collins (I think...) and found lots of eateries on that particular alley. 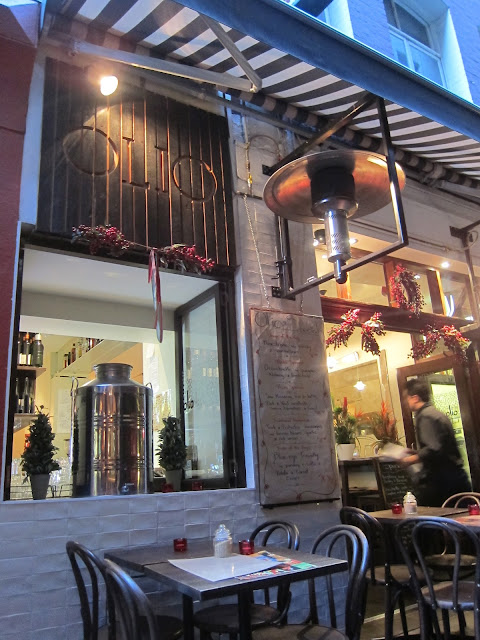 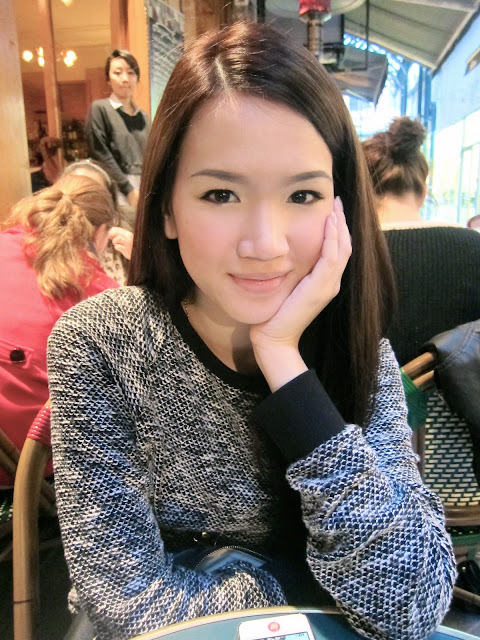 Tried out this place for a quick light bite as dinner was in an hour or so time. 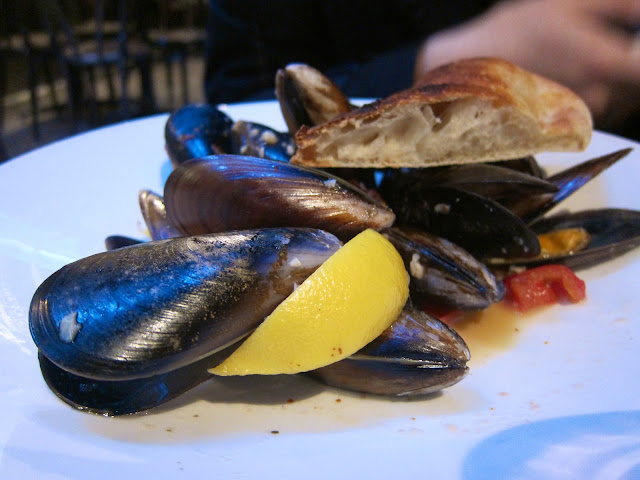 Mussels in seafood reduction ;
yummmerrrrs! Deff plus point for anything with wine in it! 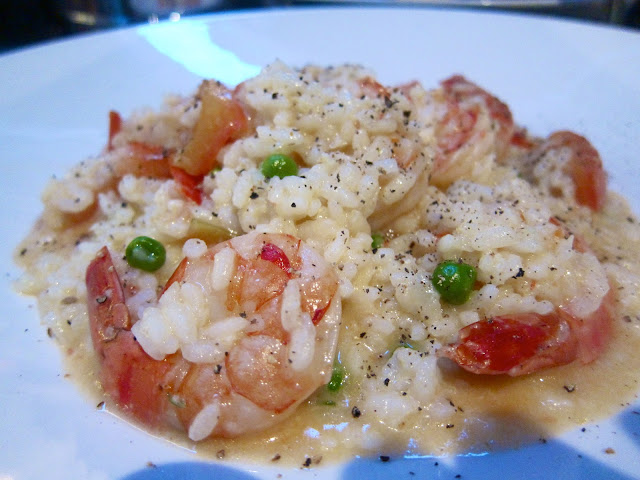 Risotto with tiger prawns and peas in white wine reduction. 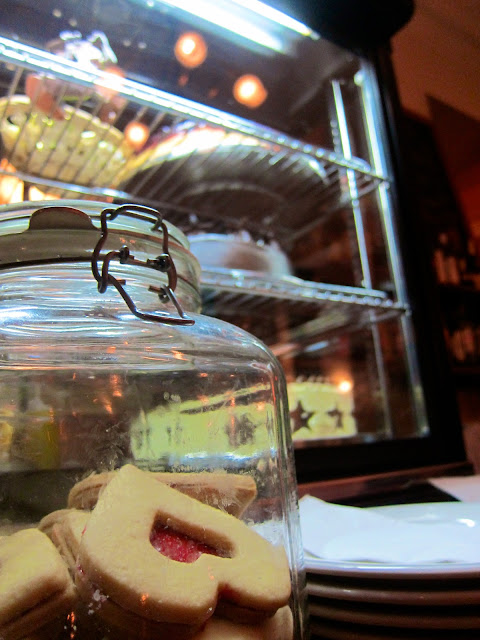 They had lots of cakes and cookies but was too stuffed to have anymore before dinner /:
sad enough.

Then we headed to Bourke to wait for the rest for dinner and some Keno hahaah. 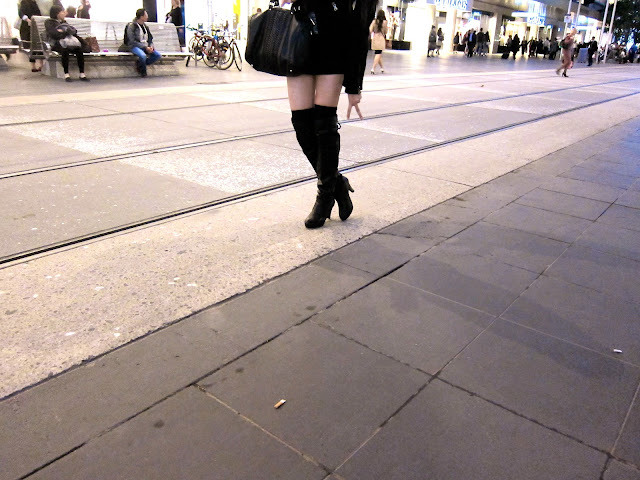 But I shall keep that for later!