So a short continuation from my first post, here's what we did on the second day.
Well, we had a really short trip and had to cover as much as we can, especially satisfying our shopping, hence not much pictures we're taken.

We went to the infamous shopping mall, Platinum mall.
I seriously got lost inside -___- and that rarely happens even if its my first time to a mall. 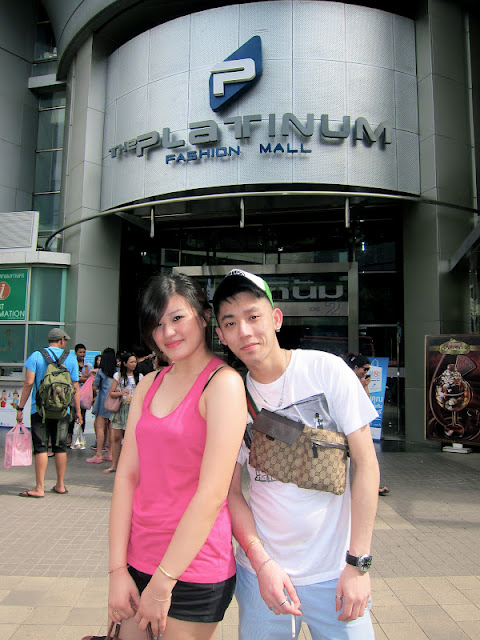 Well, baby was suppose to be our tour guide since he's been there before but the boy was lost haha.
We had to remember all the nooks and crannies we've been and after a while everything looks just bout the same, if its your first time there, try to get your hands on the malls layout map.

Couldnt find mine so yeah, anyways according to the boo, there were only 2 blocks years back when he visited and this time round, there's a new block, block three or C I think. That block is filled with handbags, shoes and things of that sort. So yeah, do check it out and dont miss out on that.

After a longgg, longgg shopping spree and tons of walking done.
We were mad starving, so we hopped on the first maxi cab we saw and off to dinner.
We didnt know where to go, so we asked the cab driver to suggest and he brought us to this seafood place since we wanted to eat seafood. 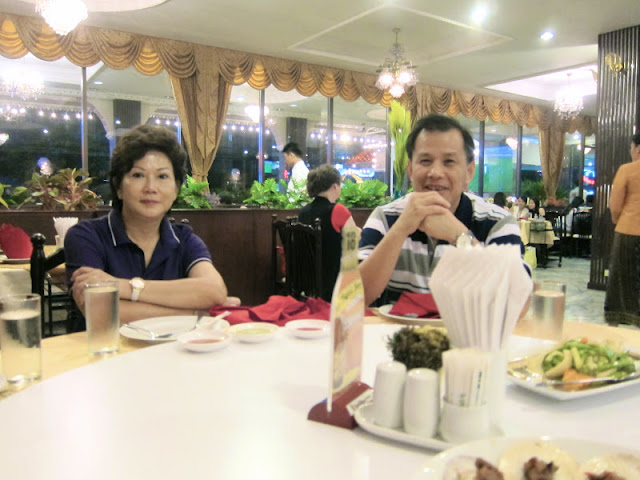 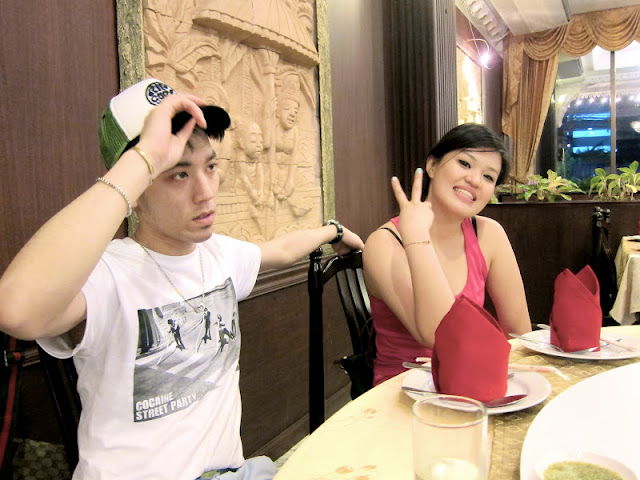 Forgot to take pictures as usual, was too hungry.
Too food was good, above average. But the price is a bloody rip off!
Like seriously RM100 for a 1kg of crab?! And its not the huge mud crab, its those average sized ones.
Only we found out later that its a restaurant "catered" to tourists, hence the steep prices. Still, not fair!
Any of you heading to Bangkok, please do your research first on where to dine etc.

So later on at night we headed to RCA (Ratchada Nightlife) for some partying, more like me and baby wanted to check out the nightlife scene only. We were still exhausted from the whole day of shopping.

So we decided on Route 66, I mean walking along the RCA its a no brainer that this looks like the most appealing one. Party people we're partying outdoors, and there's 3 more sections inside too. 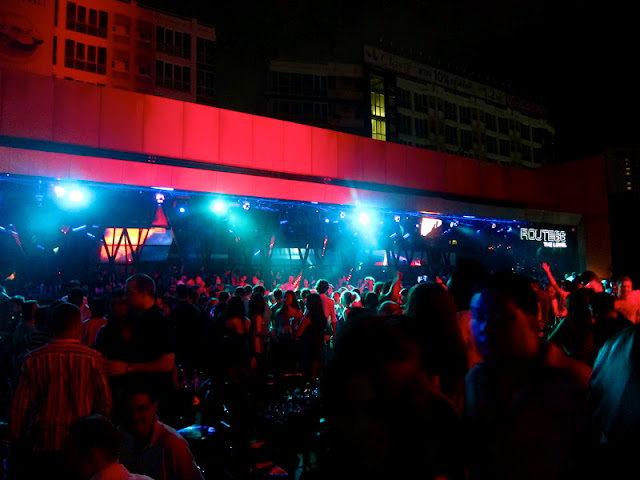 And with the super low rates from Air Asia you'll deff bump into a few familiar faces in Bangkok too, whether youre shopping, eating or even more, partying.

I didn't bump into this darling partying at Route 66. She's a friend I knew from way back and we agreed to meet there.
So after using our coupons for drinks, yeah every cover charge entitles you to a coupon book/ticket.

We moved around checking out the scene, problem is, we kinda started abit late, everyone was pretty tipsy, quite havoc actually. Worst bit, we found out they closed at 2am, sometimes 2.30am I was like what the hell? We checked our watches and it was almost 1am, hurriedly downed our first beer and off for another round. 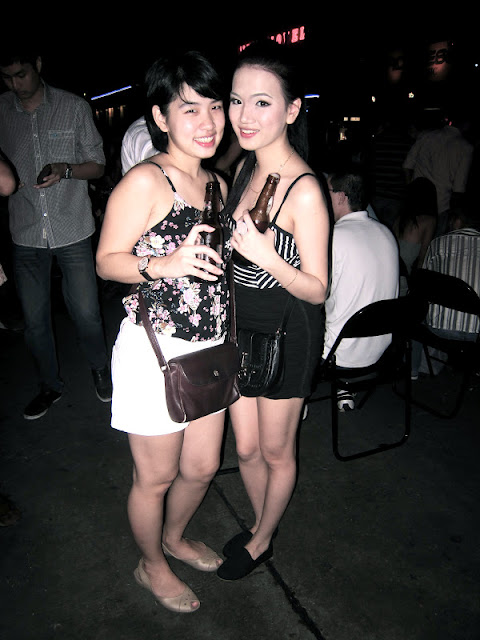 We were mostly spending our time at the white room, the room that was playing EDM/Trance/and all that* whole night long. It wasn't as packed as the other rooms (one was playing R&B and the other was a live band thingamajigg), and my god sound system and lightings damn power lol! 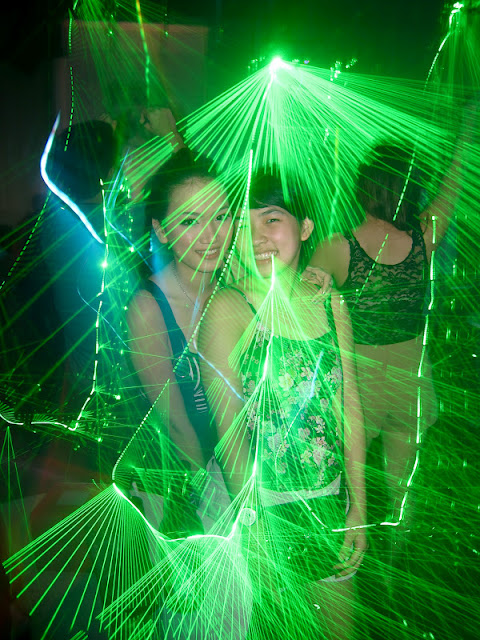 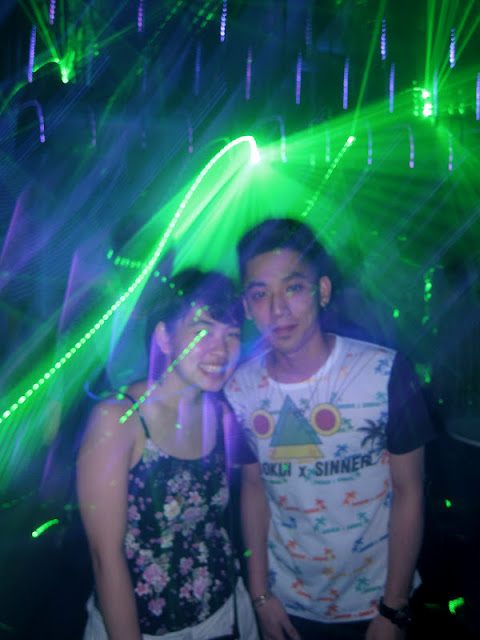 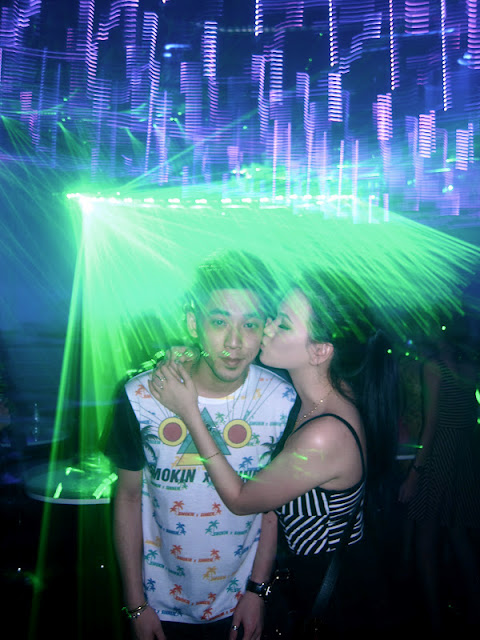 I have no idea how I ended up pretty tipsy. I only had two bears and half a glass of long island. I guess its due to the fact that I've cut down on drinking from the bad bad alcohol poisoning thing I went through.

White room closed abit early, so we went to the other side till closing time.

Partying there is crazy, the clubs spend alot on their ambience, lighting, sound system and all that.
Plus they had the whole no smoking indoors I went home smelling good hahah.
I bet it'll be super fun if you had a whole big group of friends with you.

Well can't wait for my next trip back! 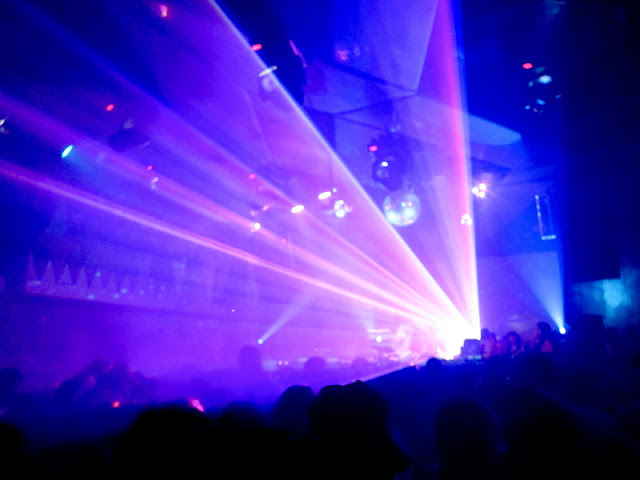