Finally the day was here!
We were all ready and pumped up for the event we've all been waiting for.
Me and the girls have been studying our asses off, staying focus and what not so we could have some fun on this day, and finally the day came, we were just so overly excited! 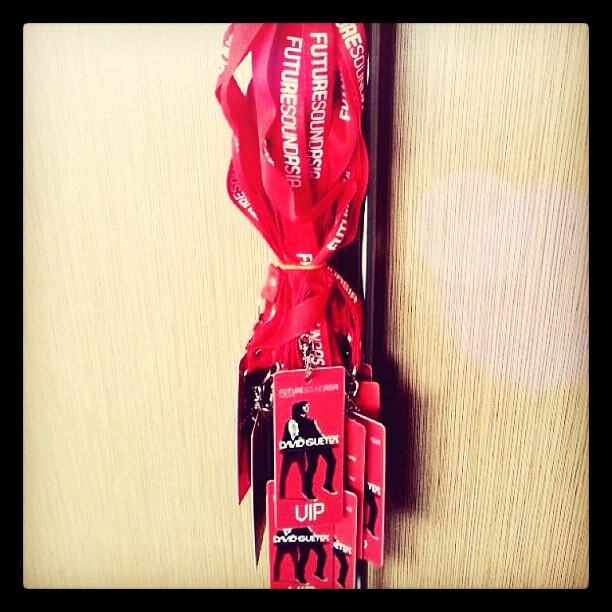 All our tags, crazy much ey?
Too bad Alesso's face wasn't on it ): boo.

So we had dinner, and then waited for the rest to arrive before we convoyed our way to Sepang International Circuit. Only Hyun Chae would be daring enough to wait outside the car  -___- and I couldn't stop her, so yeah. 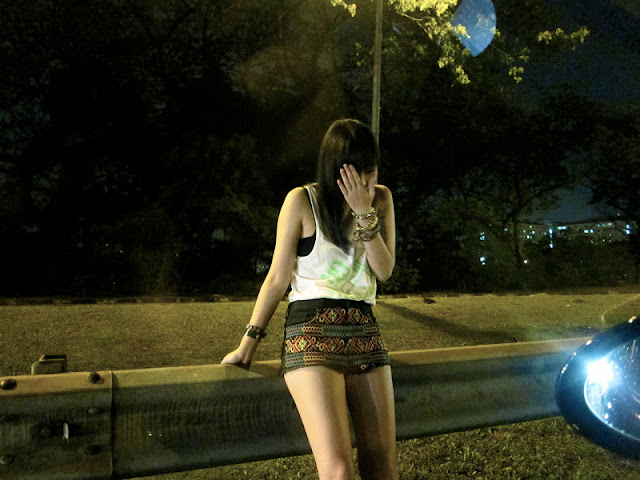 We finally arrived ; wasn't too happy with the signage and all, we ended up parking at the wrong location and wasted so much time walking trying to find the VIP entrance. Missed half of Alesso's set, damn.

Got in and joined the group, and the party started! 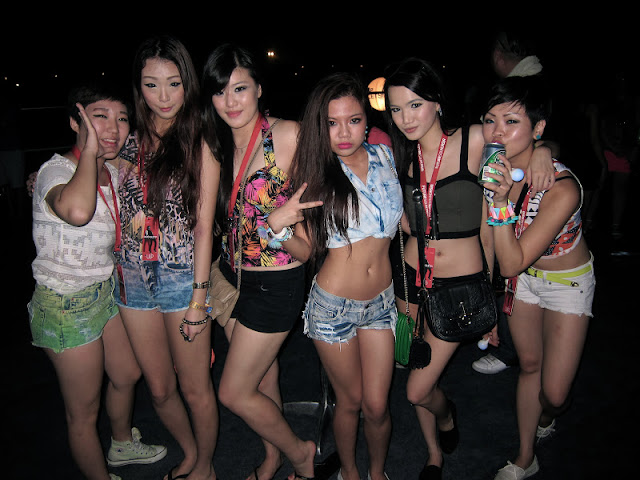 As usual, familiar faces everywhere.
This time, there were no cabanas so I wasn't 'confined' to one spot, I could join my friends etc and everyone got to party with each other. But seriously, the VIP stand was so far away from the stage, and if you stood like the up most front part of the VIP space/stage you can't hear anything cause there's a partition or the music gets bounced off hence, bad sound system. 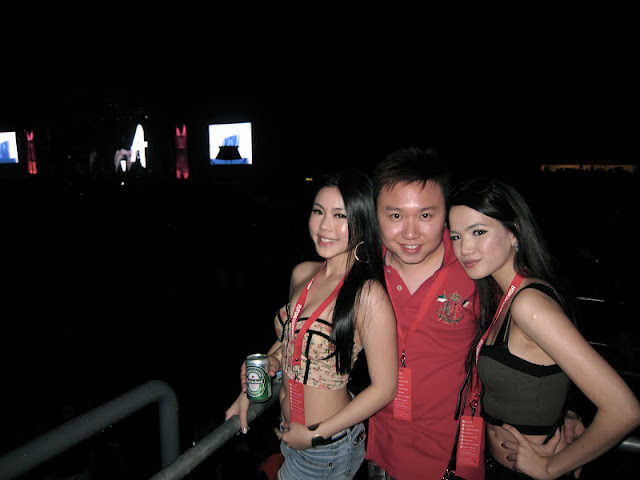 The newly wed Shirley and Kent and myself (: happy couple!

During Alesso's set.
He played all his hits song, omg thank god I heard Calling and City of Dreams, too bad I missed In My Mind and Paradise ): sobs. 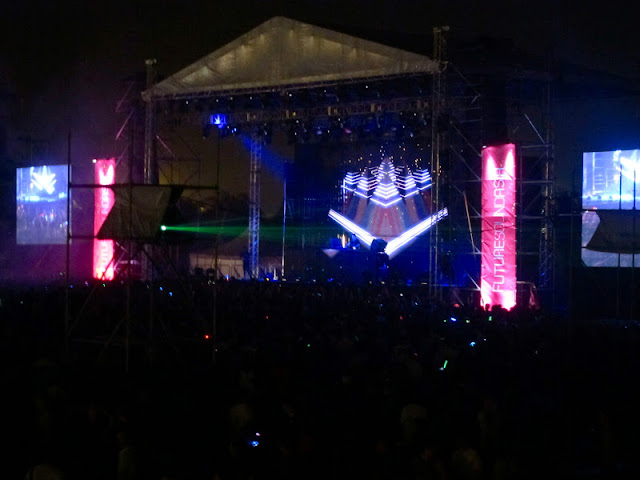 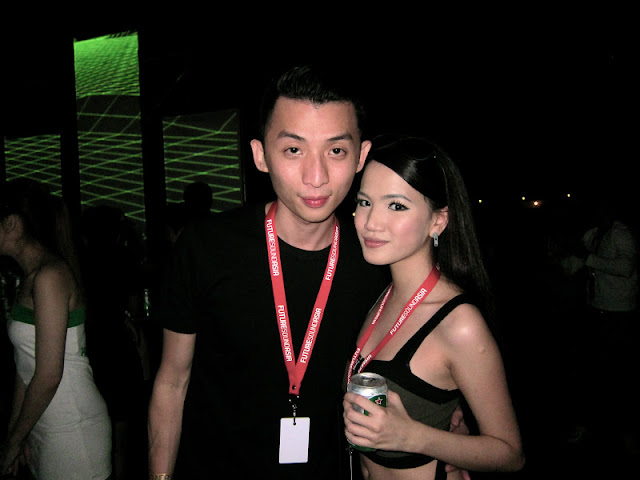 Alvin and I ; he was playing the last set, so he couldn't party or drink that much, harhar. 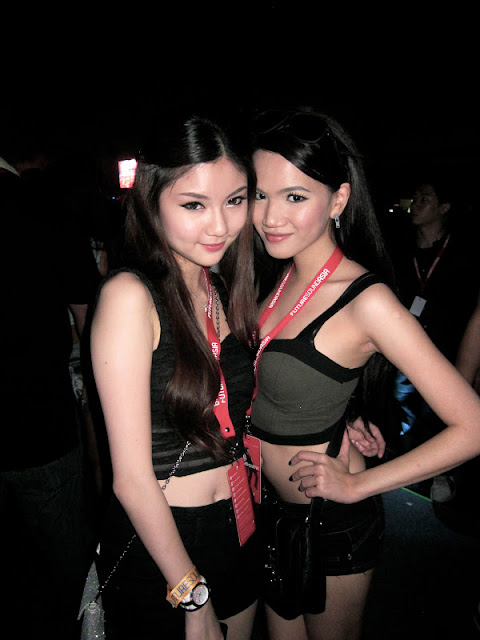 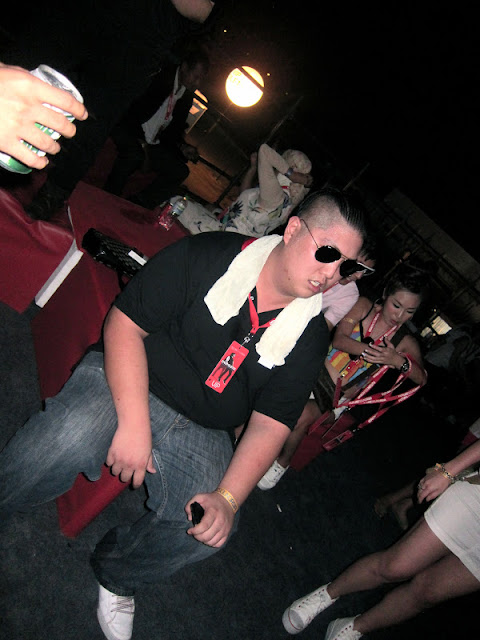 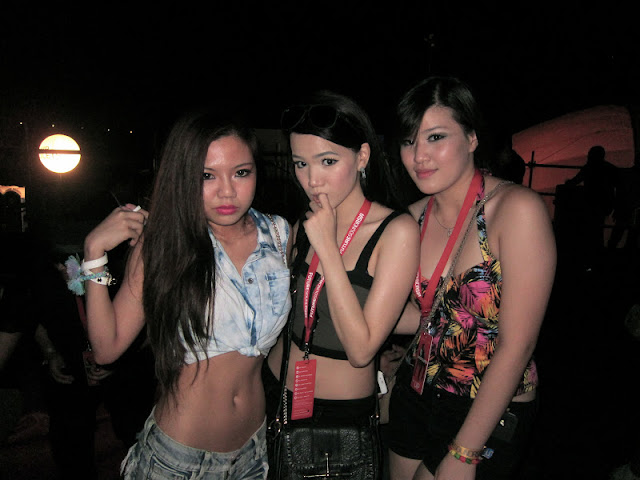 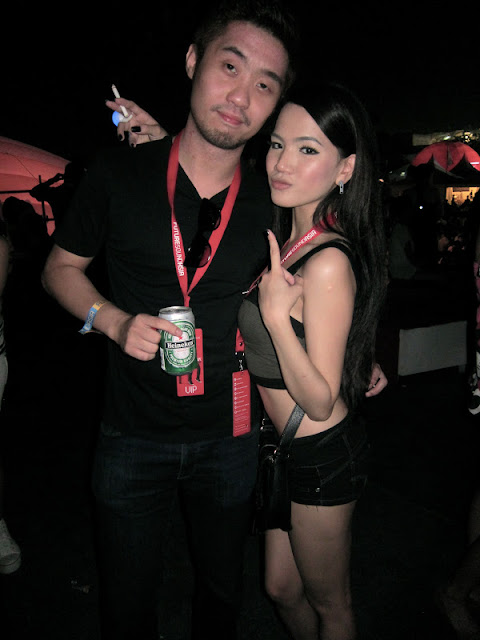 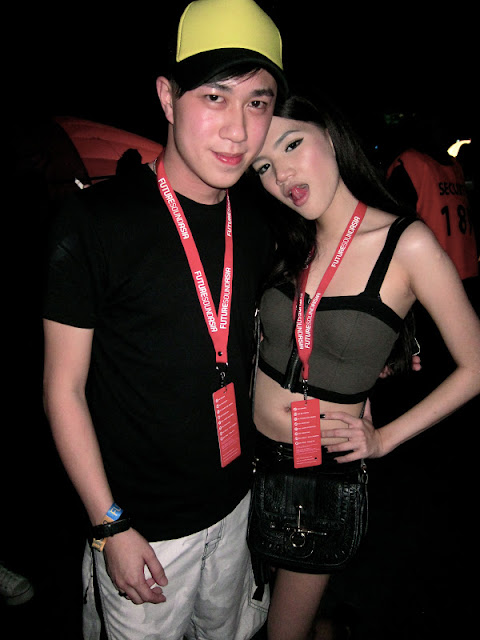 Got photobombed by miss Sonia Yong (; damn cute pose of hers. 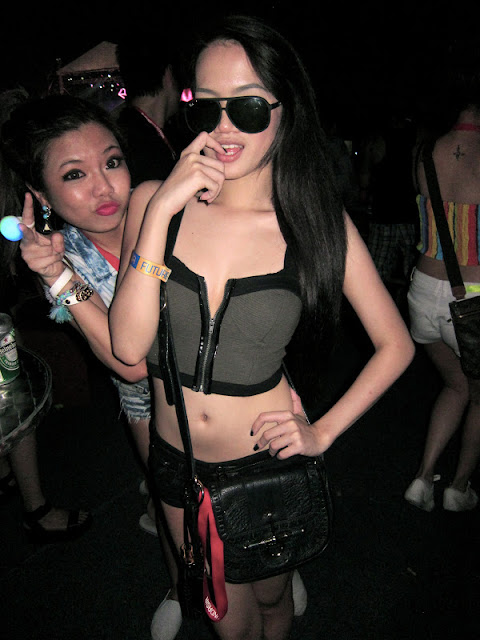 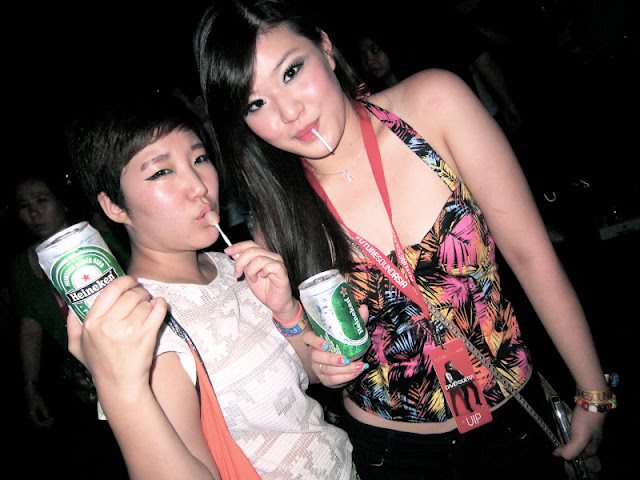 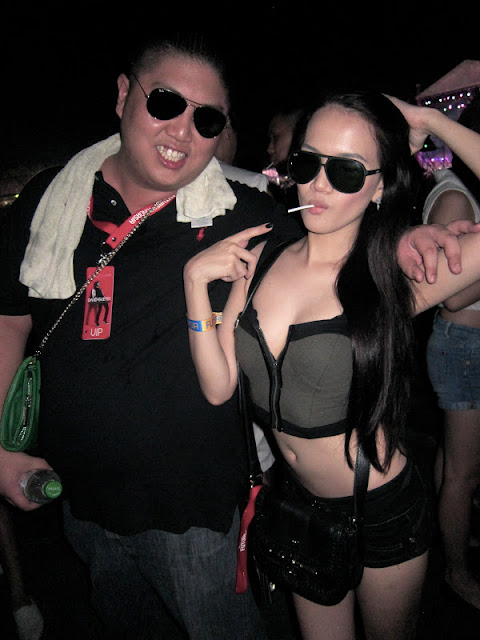 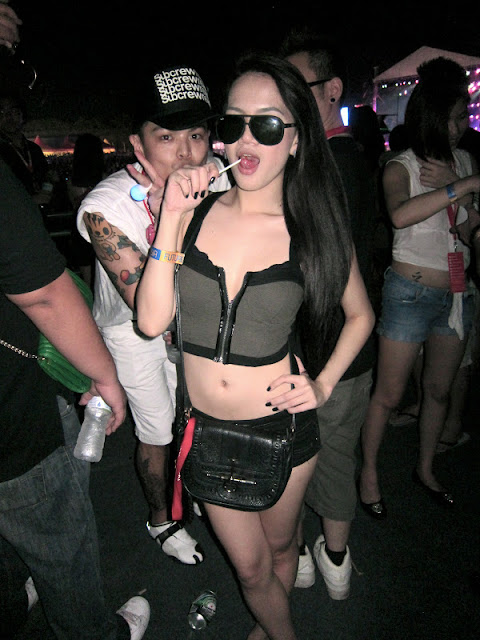 Then we went down for Guetta's set, just to get closer to the stage and check out the crowd below.
Omg, I couldn't breathe. It was so so so PACKED. I dont know how people can tahan, maybe cause I am claustrophobic. I'll get panicky and worried and what not. 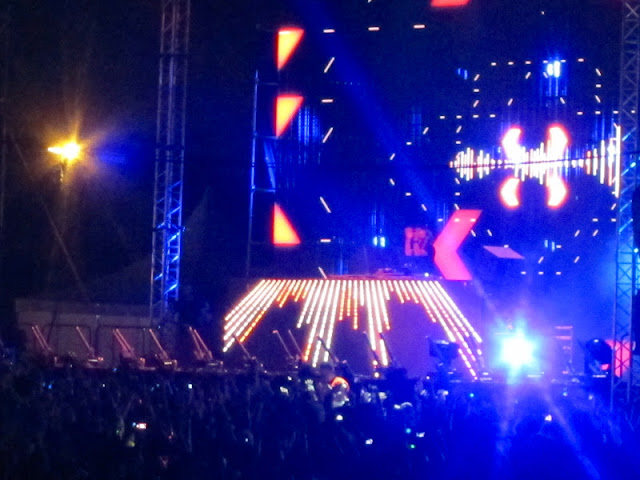 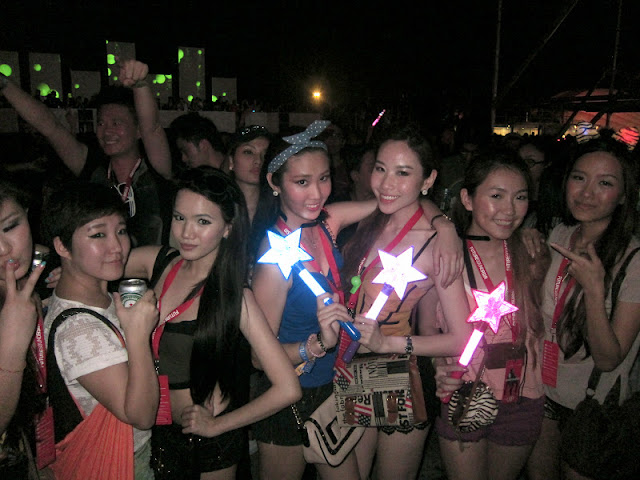 bumped into Kapoh, Evelyn, Daphne and Bridgette.
everyone's adrenaline was so pumped up, loving the atmosphere filled with party-goers and all but just cannot take the crowded place so we went back up for more beers and air. Lol. 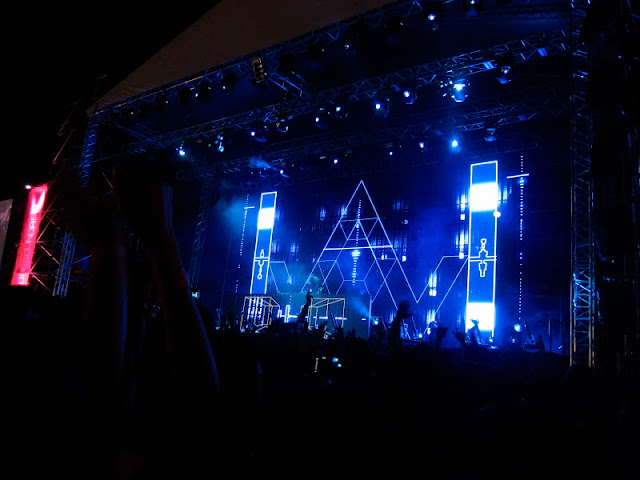 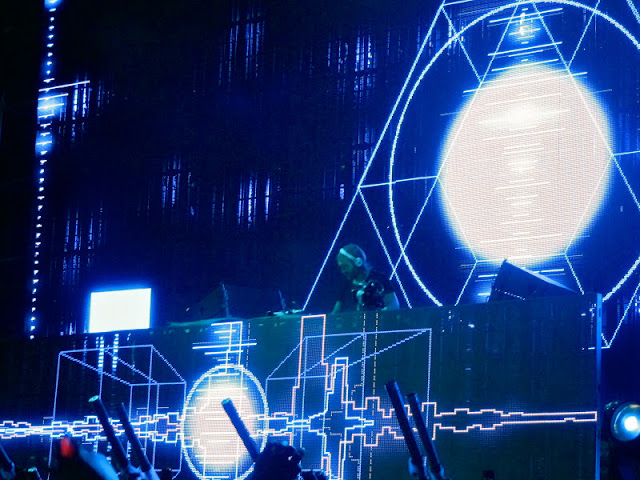 So Guetta played few of his hit tracks like 'Sexy Chick, 'Titanium', 'Wild Ones' and etc.
But I was seriously lost when he didn't play his own songs. Kinda let down cause I swear to god, I've not heard them before.

Still we want to make our moneys worth, so we were still kickin' and jumping to tunes and just partied as hard as we could lol. 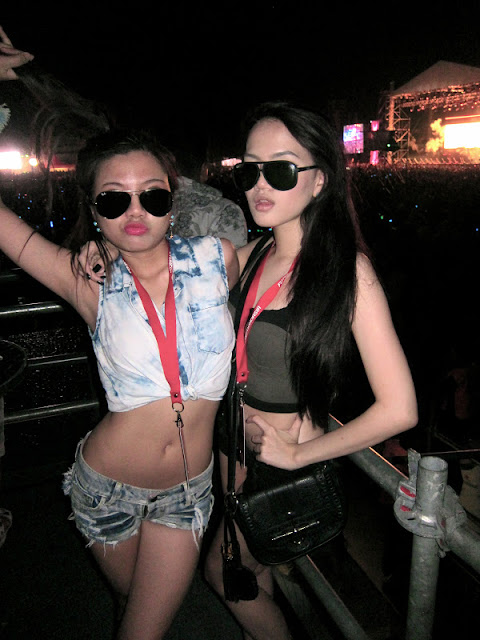 Then it was our homeboys turn to take over ;
Goldfish and Blink!
wooot woooooots.

They were so good, and its super darn true. 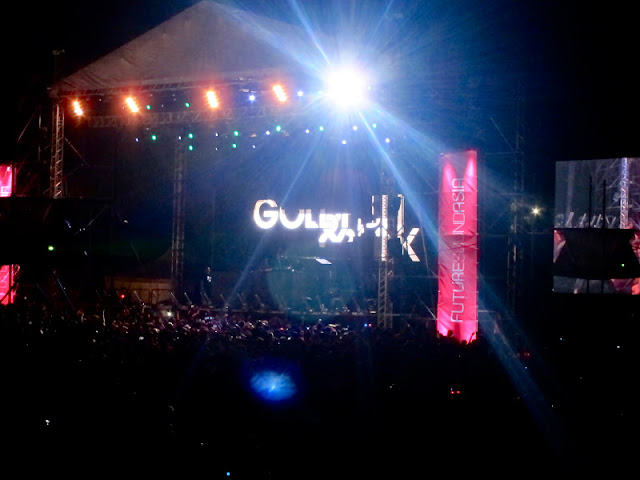 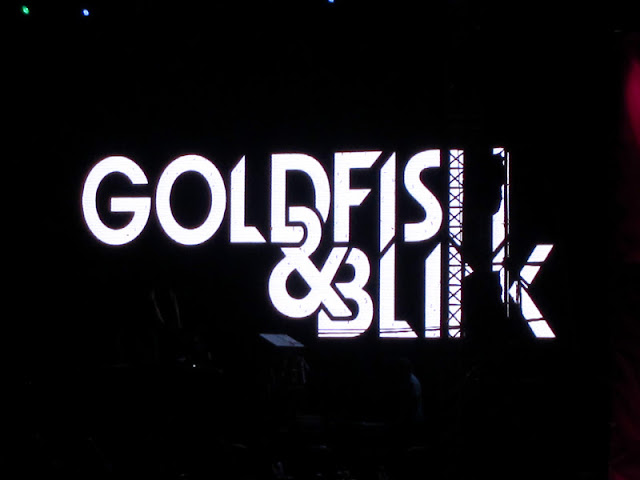 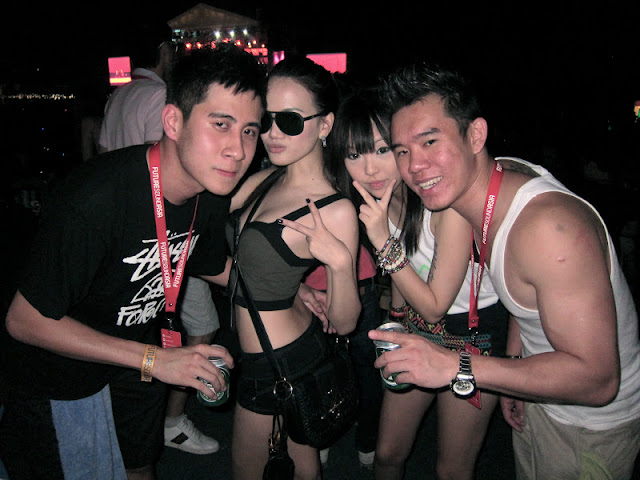 Coke, me, HyunChae and Cris.

Can't wait for the next raveeee!