By now I am sure many of you know of my two new versatile, lovable, fun and fashionable Baby-G watches. I am ever so in love with them as I can wear them every where and with every thing! It goes along with anything edgy yet still exudes femininity.
Other than that, I love how it is shock resistant, water resistant and so much more! It makes traveling with them on so much easier, as other watches might be too flimsy /:

So when I was out on a shopping spree few days back, I wore one of my Baby-G watches out. Thank god I chose this to be worn out on that specific day as KL was pouring cats and dogs, I thought the rainy season has ended? Guess not. 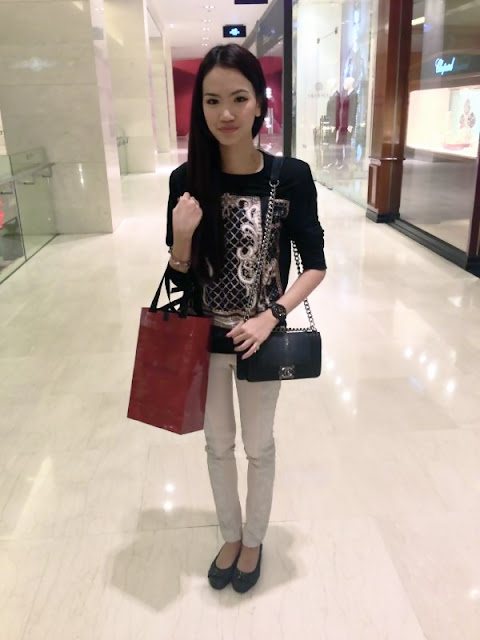 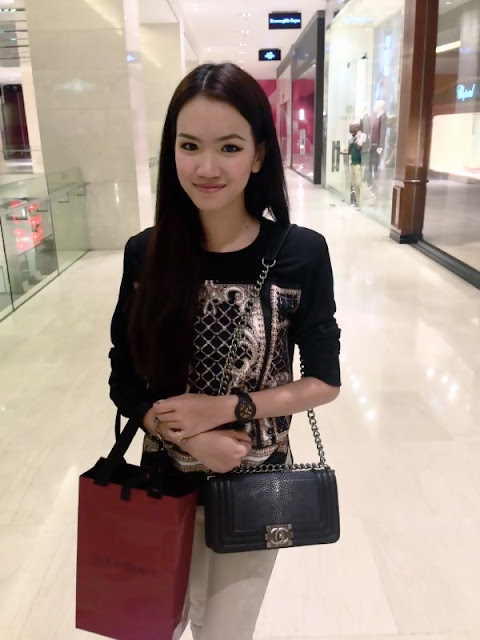 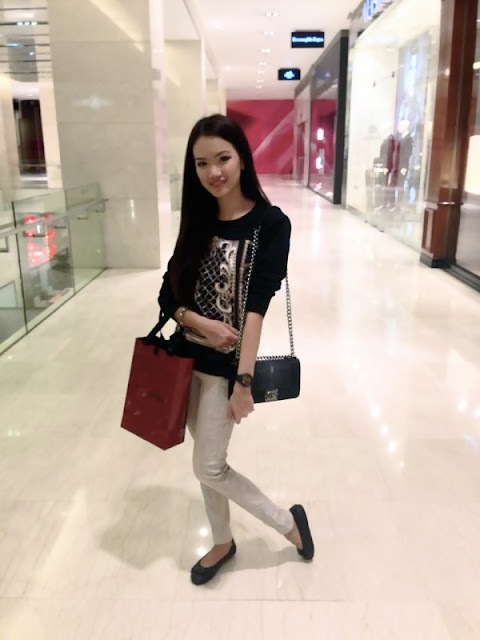 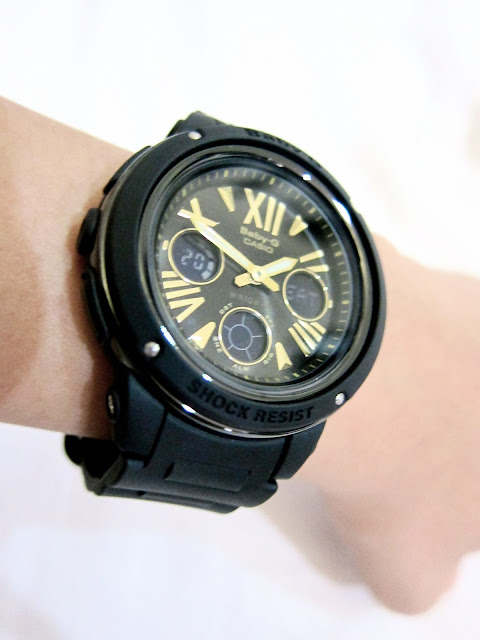 Baby-G, BGA-153-1B analog and digital watch as seen on Yuri from Girl's Generation!

There's a timekeeping function, countdown timer, stopwatch, an alarm function, and also world time. Furthermore, it is also water resistant as mentioned above and also shock resistant which means, Baby-G watches are resistant from superior shock and vibration which stands up to the toughest conditions you can imagine. Plus, the detailing on the watch is just exquisite! Though it is in black, the gold trim and edging around the dials just gives it that touch of femininity, toning down the harshness of the color black.

Now watch this super cute video of the SNSD girls!


Launched in 1994, Baby-G is Casio’s watch brand for young and trendy women which inherits the toughness of the shock-resistant Casio G-SHOCK watches. Since then, the basic shock resistance and superior waterproof performance of Baby-G has evolved with additional features and higher performance, including solar-powered systems and neon illuminators. 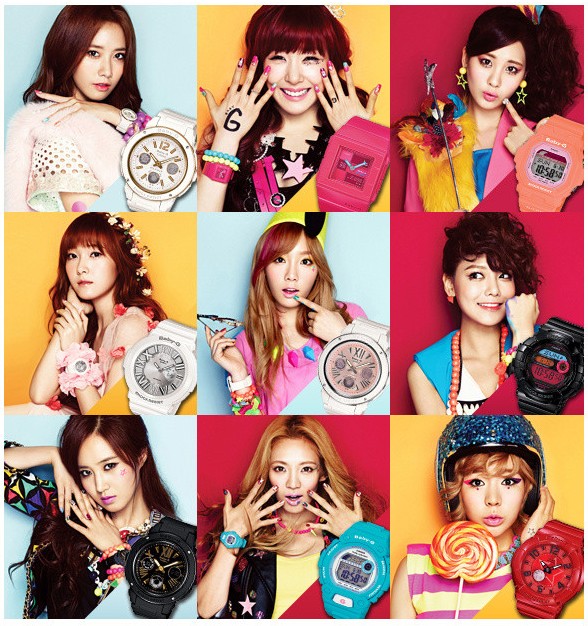 Girls’ Generation started 2013 with a bang releasing their 4th full-length album - I Got a Boy.

This new album comes a year after the 3rd full-length album, ‘The Boys’, and all 10 songs in various genres is expected to appeal to a wider global audience.

The title song ‘I Got a Boy’ is an electronic dance song that mixes pop, retro, and urban genres. This new style of songs was created for Girls’Generation by a dream team comprised of ‘Dsign music’, a group of famous composers that composed SNSD’s hit song, 'Genie’, as well as the top composers from Europe including Will Simms and Sarah Lundback, and Korean composer Young-Jin Yoo.

‘Dancing Queen’ which displayed the popularity of Girls’ Generation by sweeping various music charts as a prerelease is a remake of Duffy’s ‘Mercy’ while ‘Talk Talk’ is the Korean version of ‘Boomerang’ which was in the 2nd full-length album released in Japan.

This album also contains ‘Lost in Love’, the duet by Tae Yeon and Tiffany, about breakups with the rich and moderate voice of Tae Yeon perfectly matched with Tiffany’s smooth and youthful tones.

Other tracks in the album includes ‘Promise’, the medium tempo ballad with the message from Girls’Generation to their fans, ‘Express 999’, the retro pop combining various genres, ’Look at Me’ which combines organic beat, playful melody, and easy-to-sing-along chorus, and ‘Romantic St.’, a romantic swing jazz style number. 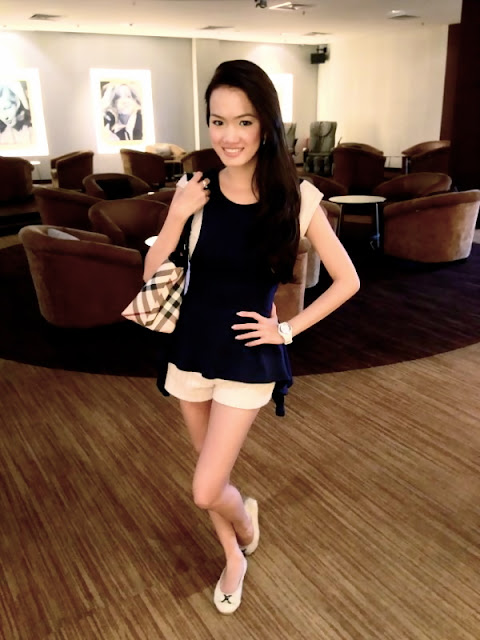 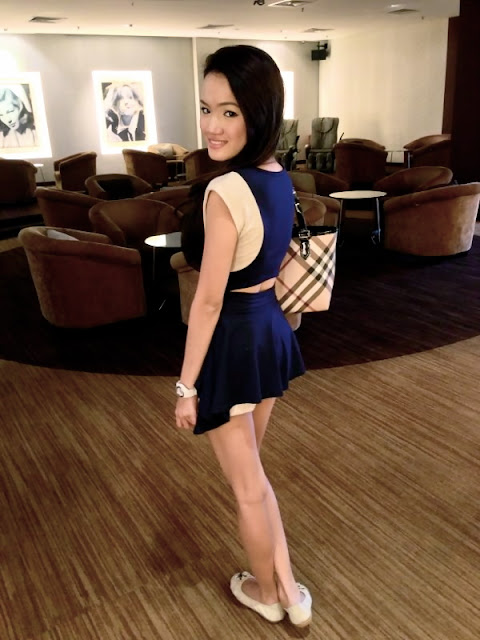 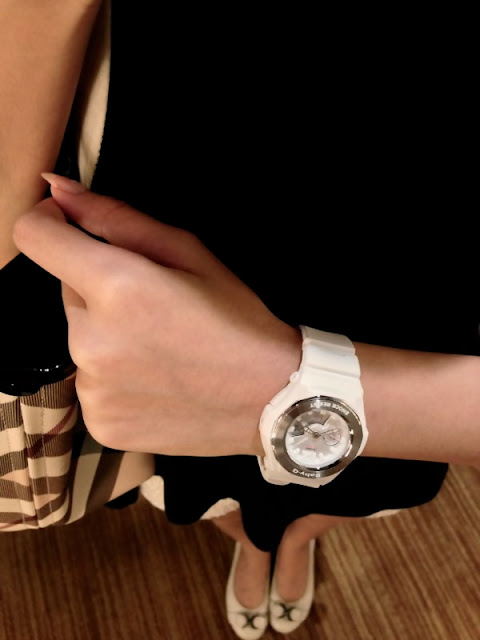 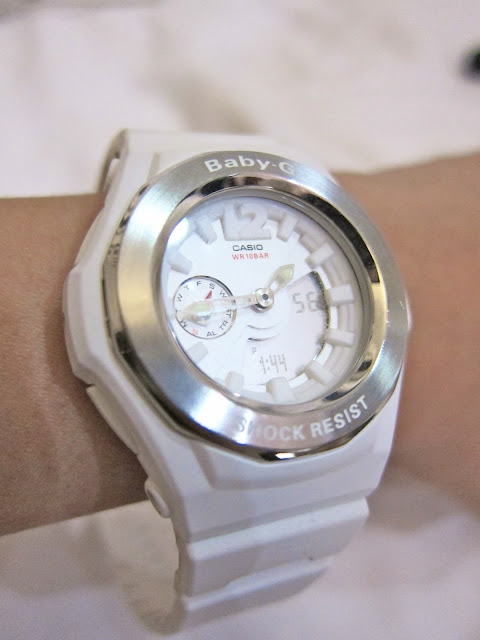 
Here, I wore this white Baby-G (model no. BGA-140-7BDR) on a day out with the boyfriend for a movie! I love how it matches so well with my feminine clothes. Pretty in white and with metallic trims. This watch is just awesome, world clock, timer, stop watch, and so on. There's a world time function, with a press of a button it automatically switches from different cities, automatically telling you what time it is. From Singapore to the United States, it's all there. You can even set a 24-hour timekeeping mode. You can even set five independent Daily Alarms. When an alarm is turned on, the alarm tone sounds when the alarm time is reached. Talk about functionality! Plus, you can even set the duration of the Illumination (LED) light to be on for as long as 3 seconds. It's such a down turn if your LED only shines for 1 second, and you have to hold it longer just to see the time.

Baby G timepieces are available at authorised retailers across Malaysia and at G Factory outlets at:

Hurry on up and get your own Baby-G watches now!
Plus, valentines is just round the corner. This could be the perfect gift for that someone special. I think it's really sweet if your partner would be wearing something on their wrist that not only tells the time, but also reminds them about you the whole day! So check out the nearest Baby-G retail shop near to you and make that special choice today :D