So it was finally the finale for FHM GND 2013.
The weeks practicing the dance moves, mastering the catwalk and all the other things in between, it all finally came down to this.

Was up and ready by 9am that morning and headed over to Zouk Club for the final rehearsals and last minute tweaks and all that. It was dreadful thinking about the whole day I am going to spend there D: but thankfully practices weren't as tiring as Miss World Malaysia. I guess cause FHM is more laid back and chilling. They had more staffs at hand and less girls to stress about too haha.

Nightfall, and the place was filling up quick.
While we girls were rushing and panicking backstage, guests were all filling up the space.

Hence, all pictures below are taken by my awesome sister and my dear friends (:
The arrived on time *suprisingly* and were all carrying these in support of yours truly hehe. 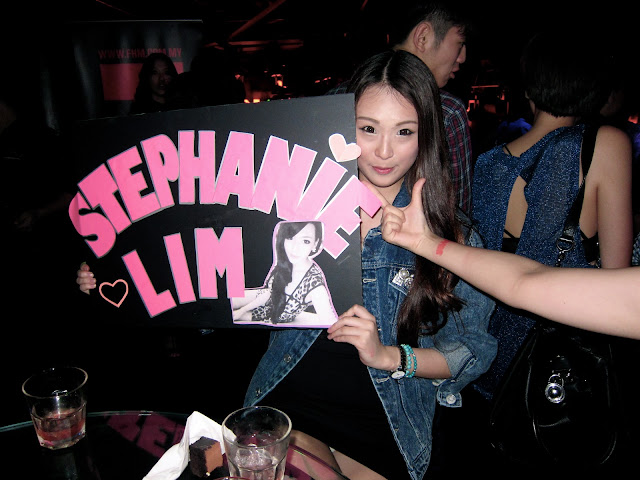 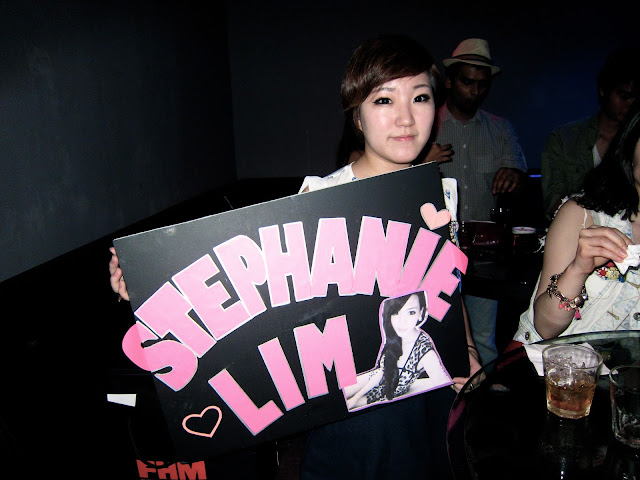 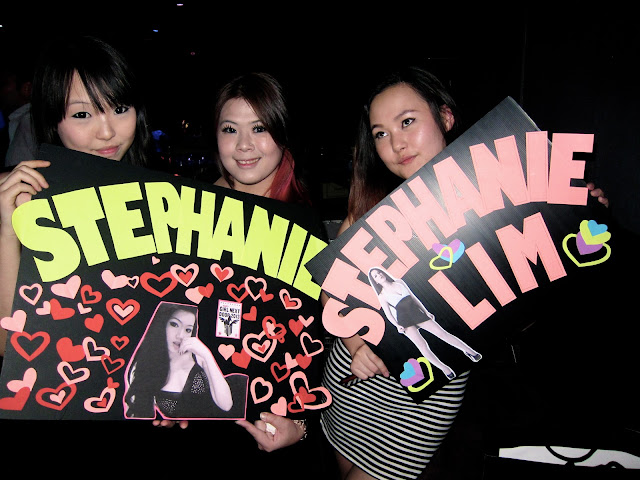 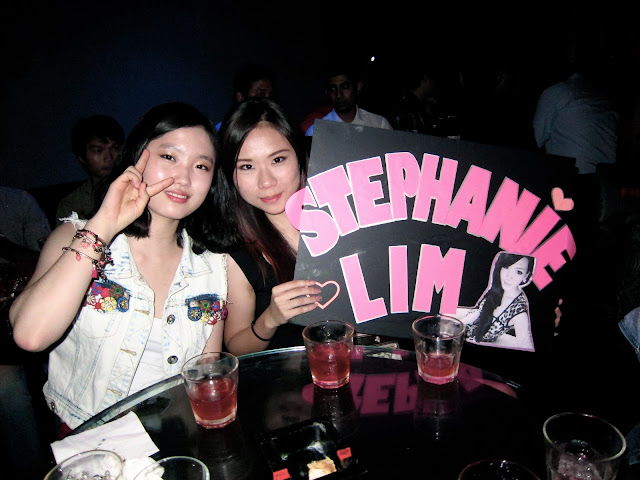 A big thank you to the sister who made them (:
She's been a great pillar of strength and support for me through all the pageants. 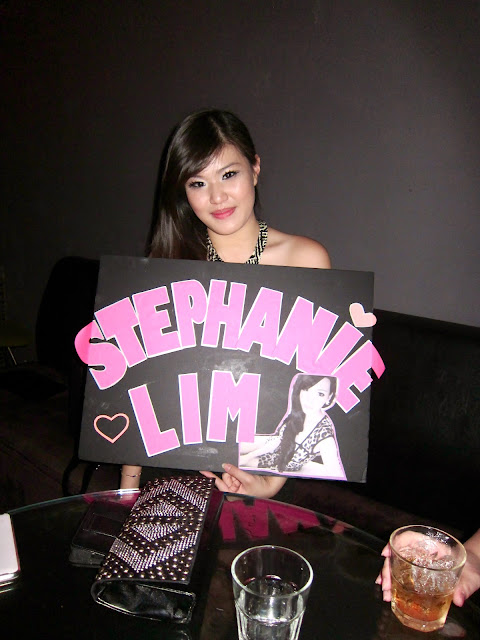 Love her to bits!

Now all of the 10 finalists walks into the room and goes up on stage to be introduced infront of the audience and judges. 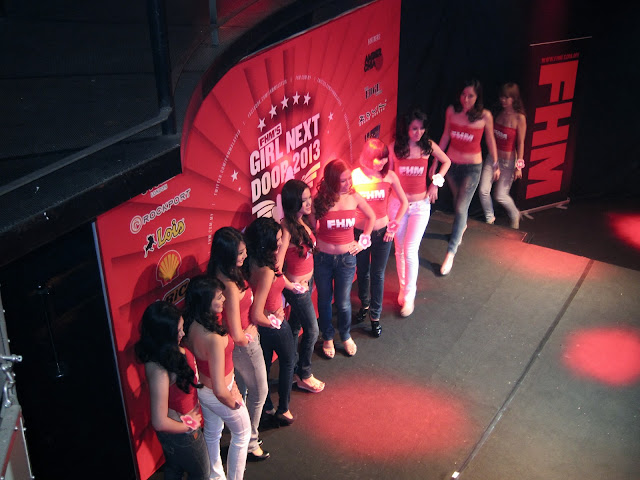 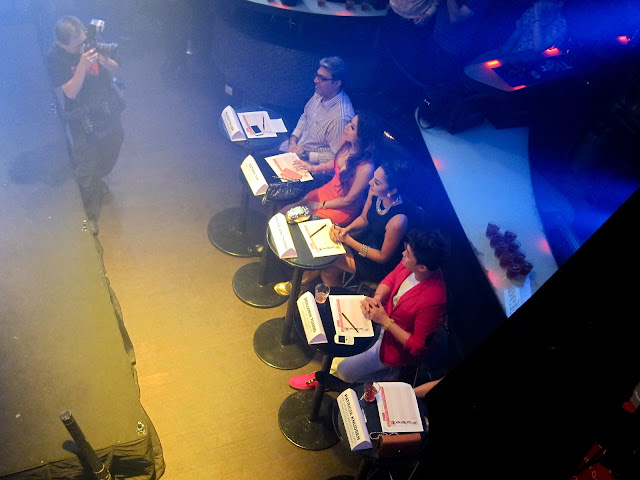 Finally it was my turn, contestant number 5#.
And each of us gets a randomly picked question to answer.
This had to be the funniest part of my night.

My question was "What is your ideal date?". And of everyone in the audience the emcee chose my boyfriend to come up on stage haha. I bet everyone who knew were dating were giggling inside lol. 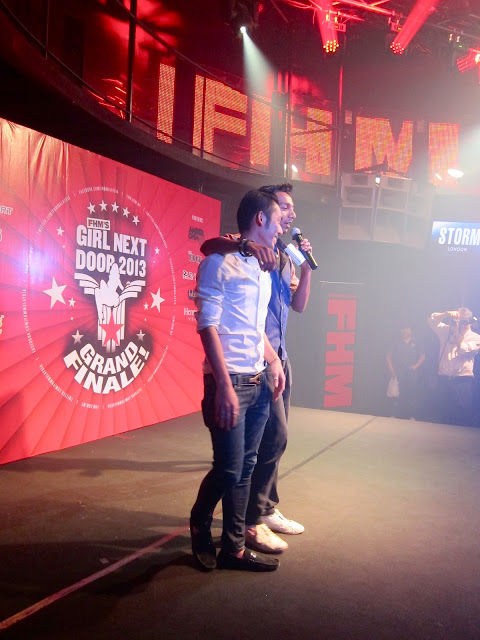 Emcee : Hi, what's your name?
Howie : Howie Goh.
Emcee : Okay so Howie, do you have a girlfriend?
Howie : Yeah I do.
Emcee : Who is your girlfriend? I hope you're girlfriend isnt around ... *voice goes trailing off*
Howie : She is my girlfriend *points at me*

Me : (smiles awkwardly while laughing inside, hahahaha) 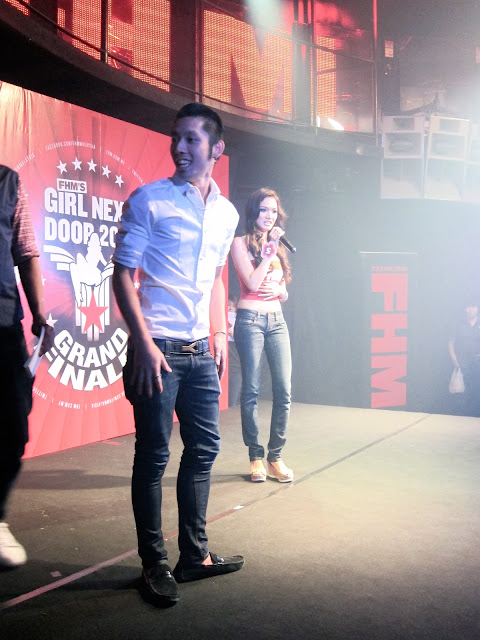 So the night carried on with dance performances by us FHM GND's , somehow I guess with all the movements and lightings I can't seem to find pictures of the dances. I'll have to wait for the official pictures.

Then it was a fashion show ;
Lois top and bottom & Rockport wedges.

Yes I was wearing those wedges throughout the whole finale because we were suppose to be wearing shoes provided by the sponsors.
Mine somehow doesn't goes well with my jeans (as you can see above), so for the fashion show, I decided to fold them up making it a casual look hehe. 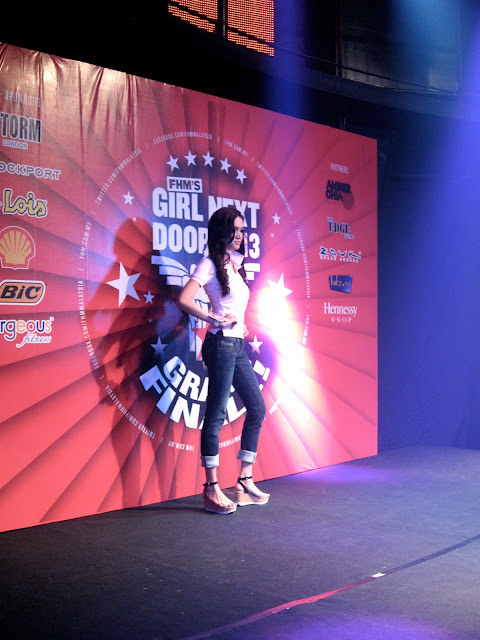 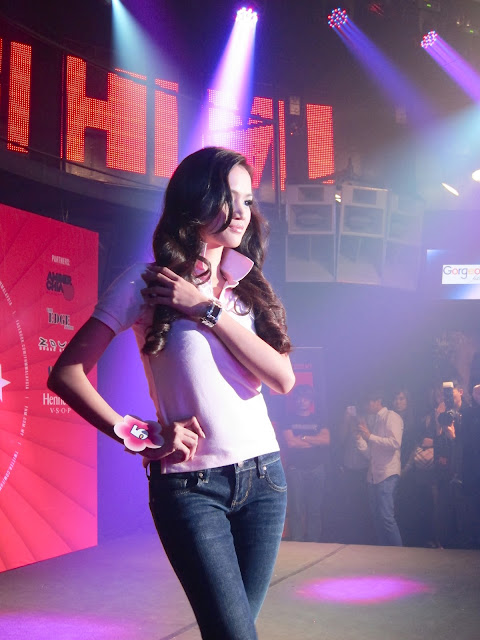 And watch from Storm London. 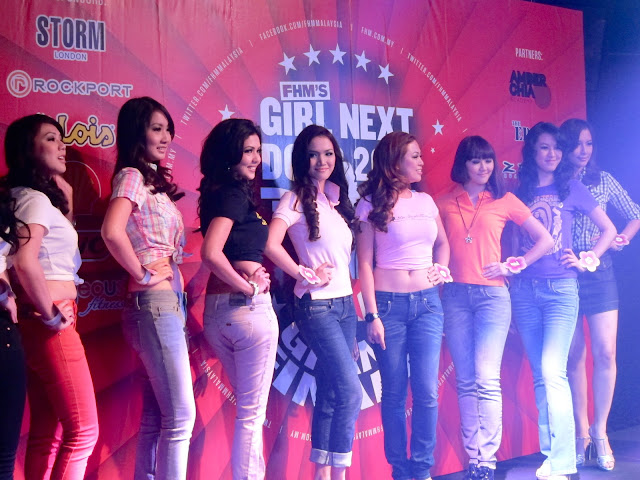 Then it was the final announcement and all the award giving session. 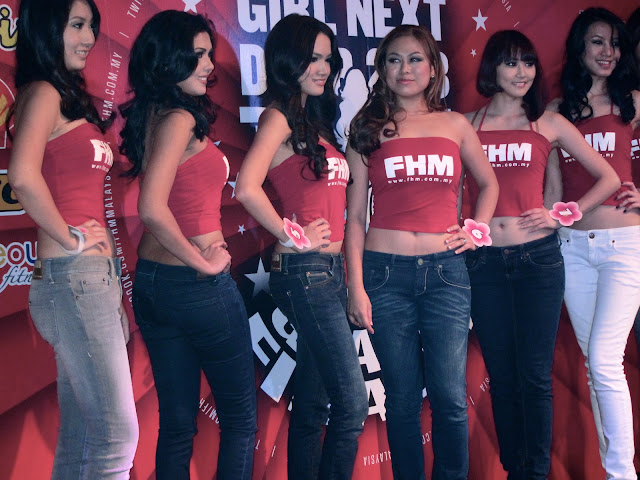 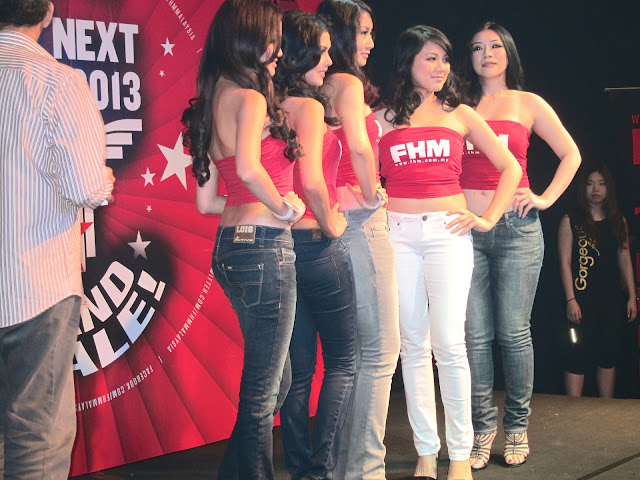 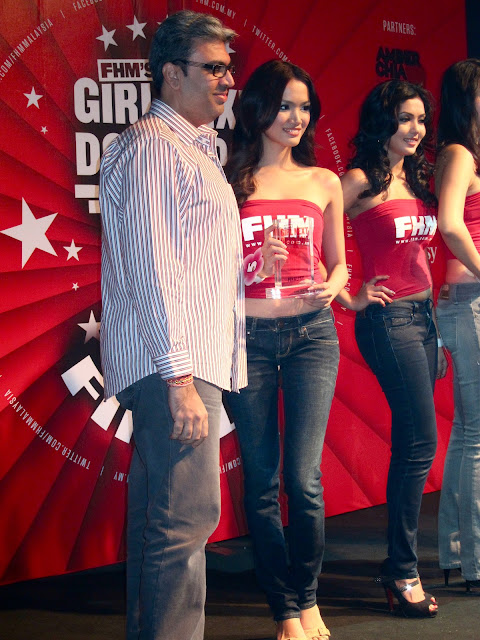 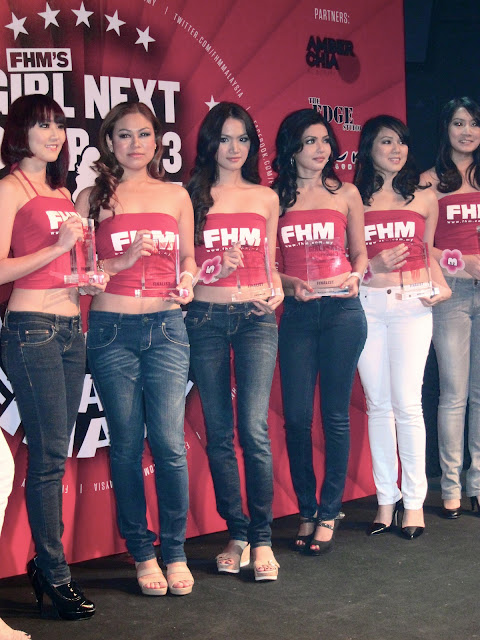 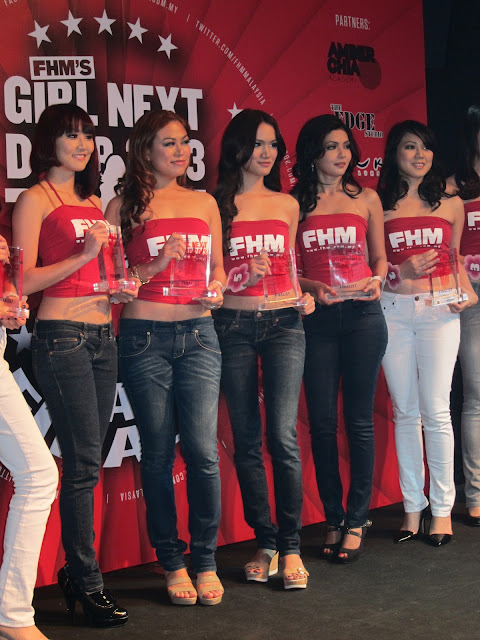 And the winner was announced, Evon Victor Yong!
*confetti everywhere* 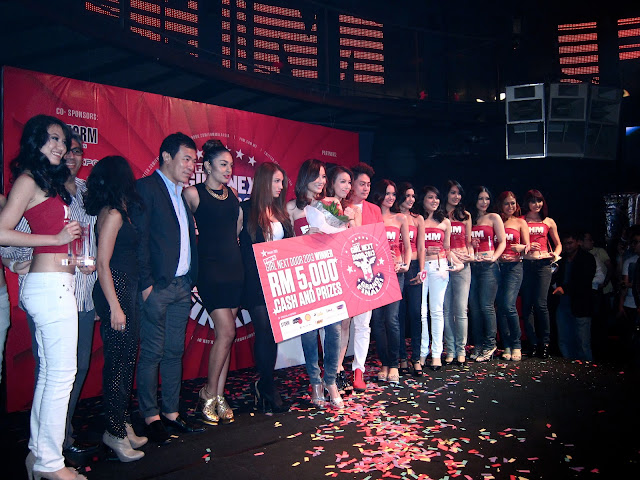 & that was it!
This time no cries or bitchy stares backstage after the comp.
Hugs and well wishes back and forth, it was quite a chilled out moment for us. After packing up and keeping everything properly I headed out to meet everyone. 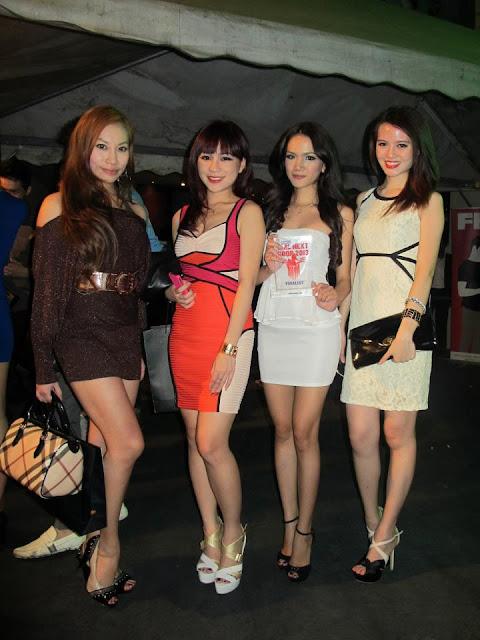 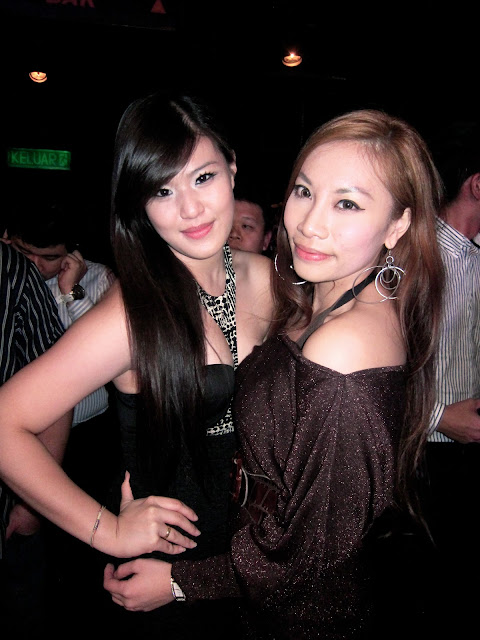 Thankful for all my friends, cousins and besties who showed up!
Your cheers were the loudest especially during opening ceremony haha.
& to the boyf and Mike, you guys are hilarious with all the reminders of smiling, chest out, walk straight and so on. I seriously wanted to laugh out loud on stage.

Then we continued with 4Play at Velvet and boy was it fully packed that night, all I wanted to do was go home and sleep. I guess everyone stayed longer after the competition was over and the fact that DJ Bombshell was the guest DJ of the night, it's just that I saw her in Melbourne before so I seriously had no mood to watch her again. 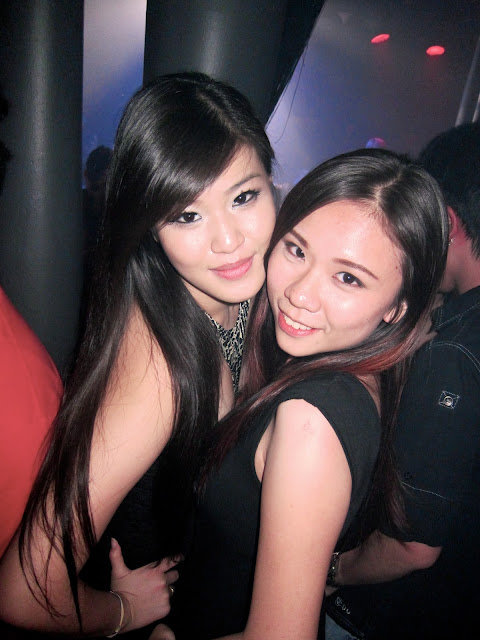 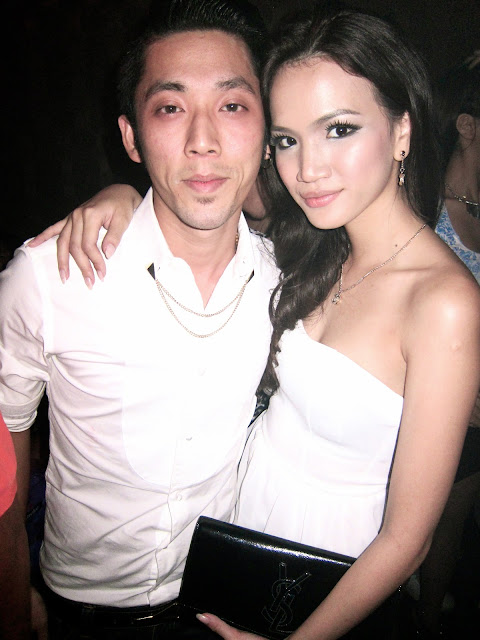 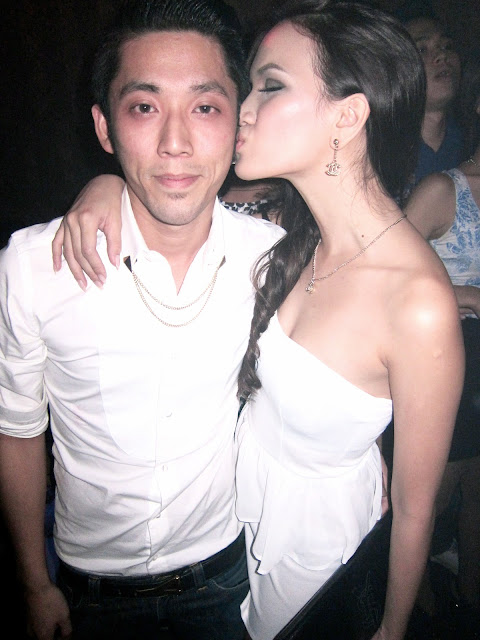 Boyfriend and I.
The one who sent me and picked me up from dance practices and so on (: thanks for the support baby! 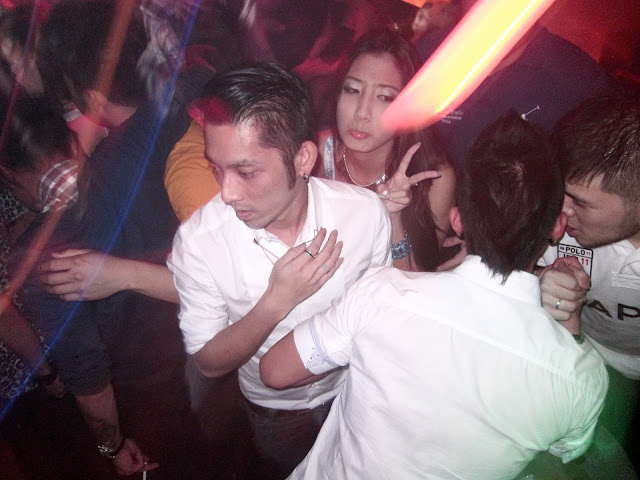 It was super pack that night, in the picture, baby prolly checking whether his collar tip was still intact while Jess photobombs with her cute expression, Yewhann and CS saying hi, lol. 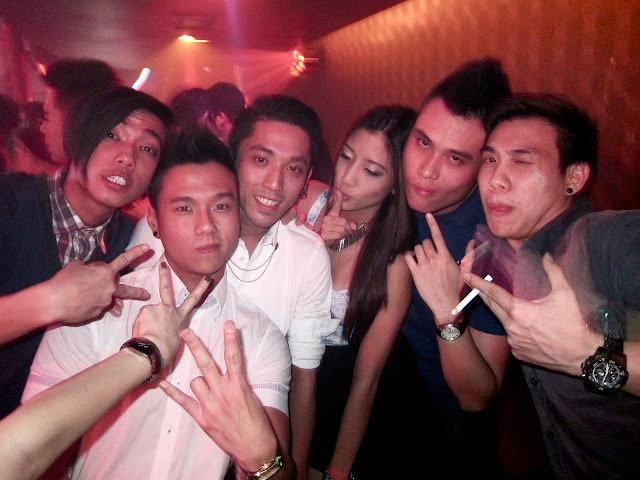 The boys and a girl.