So I finally met up with a long lost friend who has moved to Hong Kong couple years back.
He brought us out for a night out on the infamous street, Lan Kwai Fong.

Since public transport was pretty reliable in Hong Kong we took the MTR to Central which only takes like 15mins to get there. I barely even walked lol. 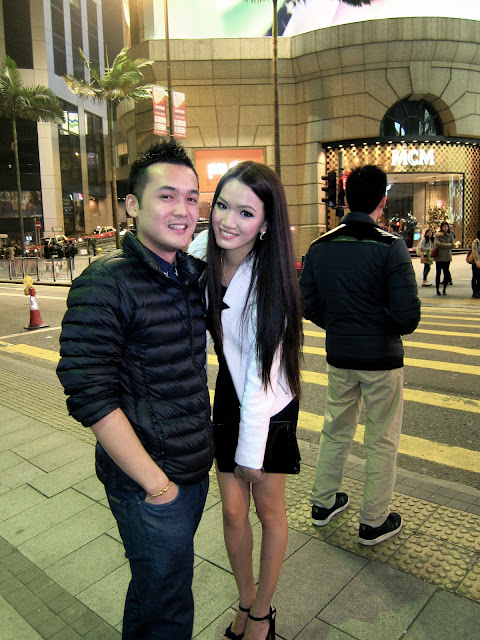 Chee Hong and I.

The streets of Lan Kwai Fong, though it was a weekday, it was still packed with locals and also foreigners. The bars were blasting music, people were drinking, but according to Chee Hong weekdays is when everyone just chills by the bars and catch up. 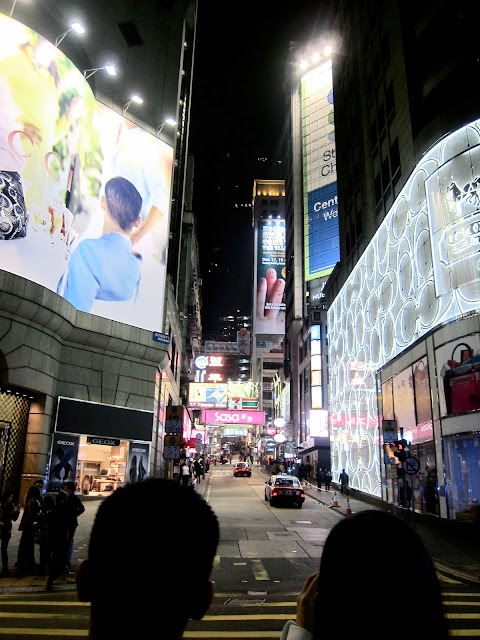 We started our night with some beers and shisha.
It was a chilly night, and Erin was freezing her butt off haha.
One thing about Hong Kong and Macau is that you can get free WiFi pretty much anywhere.
Even in clubs and bars. 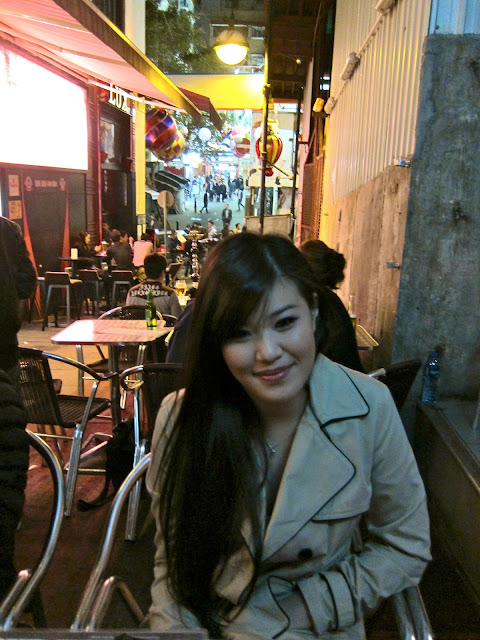 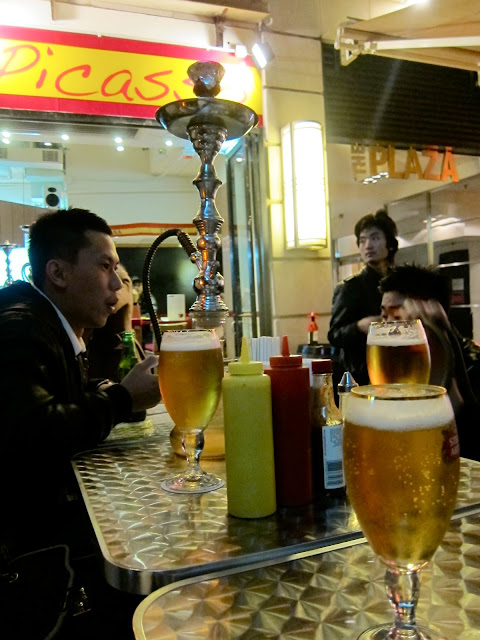 After the shisha and beer session, we walked for about 5 minutes to a club called Magnum.
It is opposite Beijing Club and the movie Lan Kwai Fong 2 is shot at this club.
Speaking of which, I actually watched the movie LKF 2 cause the boyfriend made me watch it, and I thought it was stupidest movie I have ever watched but nevertheless I was still starstruck when I entered Magnum lol. I mean how often do you get to go some where, where a movie is shot at? lol, I was prolly having a bimbo moment. 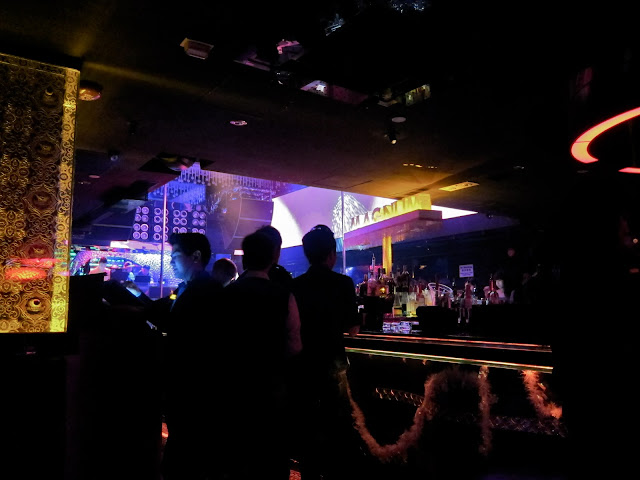 At Magnum, the cover charge cost HKD500 and a bottle of liquor is approx HKD2000-4000.
That explains why so many teens were standing outside the club or near the 7-Eleven store, predrinks before clubbing I was told.

Anyways we started off our night with Belvedere vodka and a few cocktails, I was pretty tired from 2 nights of drinking at Club Cubic, so I was mostly there just to check out the scene. 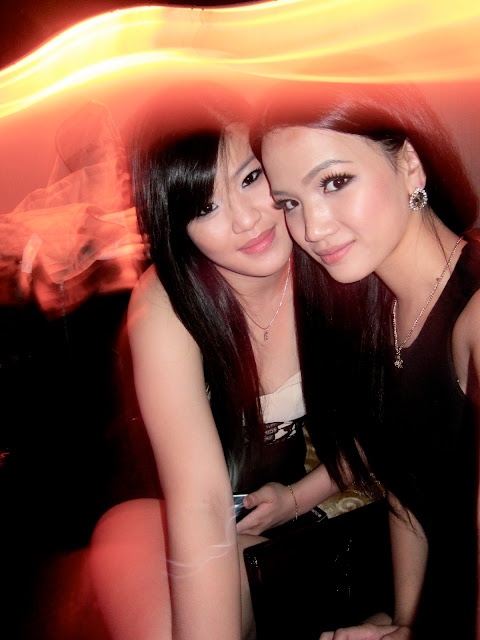 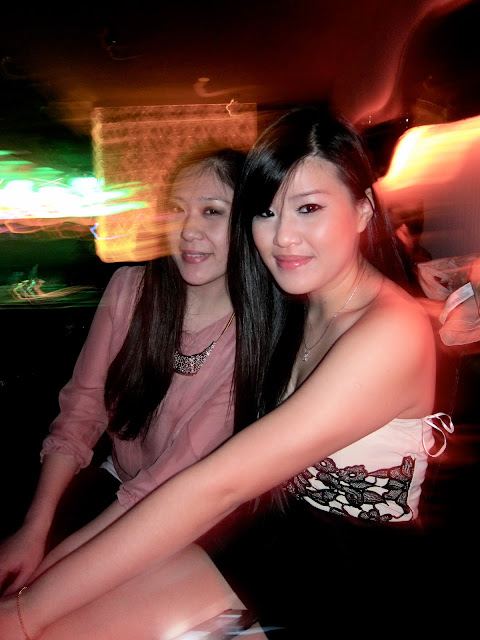 The club started filling up around 1am, since it only closes at 5am/6am.
One thing I noticed about the Hong Kong party-goers is that the girls are usually dancing the night away with their other girlfriends on the dance floor while Hongkie guys usually stay by the bar. I asked CH and he said it's normal as the guys are tad bit shy, haha. 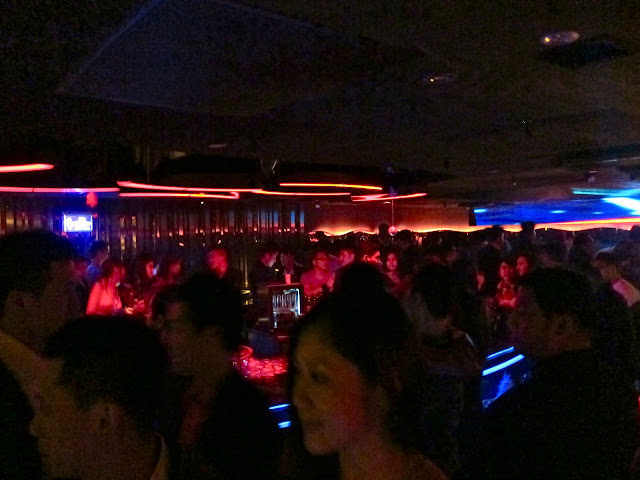 We stayed till about 3am plus, played a few drinking games and of course, catching up with CH.
Group picture of us ; and one with the sister! 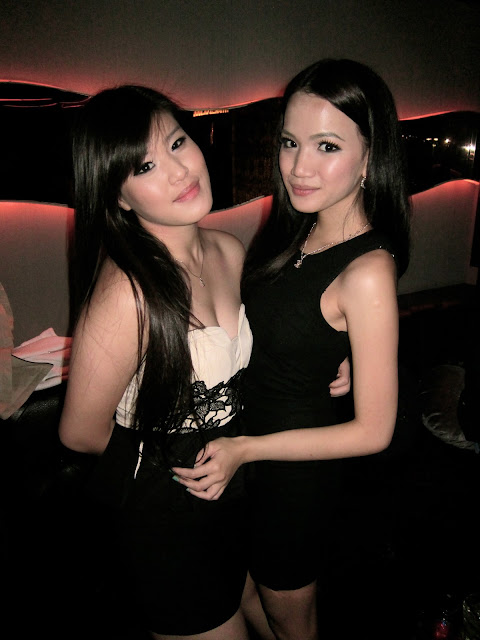 We took a cab back to the hotel and boy was that a long ride, I thought I was lost lol.
On the train it only took 15-20mins but about 40mins by cab to get back to my hotel.

The next day while the family headed to Ocean Park, I decided to sleep in and just have a chilling day out. Met up with the girlfriend Sabrina who took me for a day tour around the city! 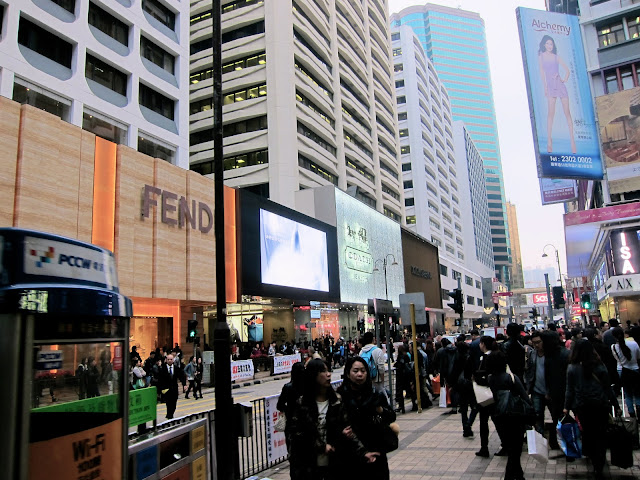 We headed to Harbour City where all the big brands were taking up the whole street.
Tourists were filling up the streets and loud noises were every where. That's the thing about big cities, air pollution everywhere. But it was bearable. It was a pretty chilly day so I tried to stay indoors as much as I could, tried to do some shopping too but every shop was packed with tourist that I couldn't be bothered to shop anymore. Especially tourist from China, they talk loudly, the shove and push. I just couldn't take it. 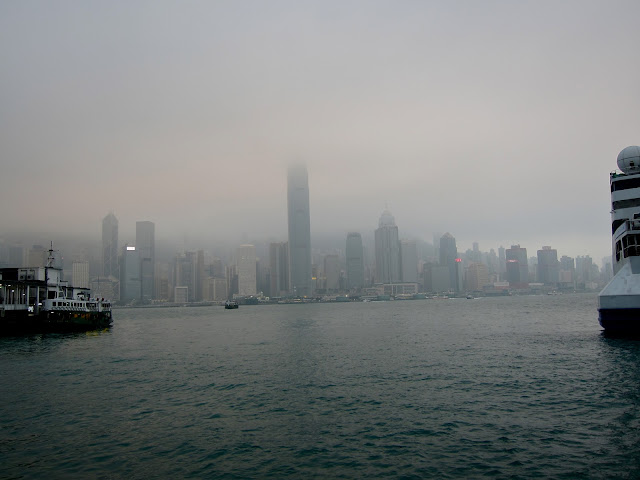 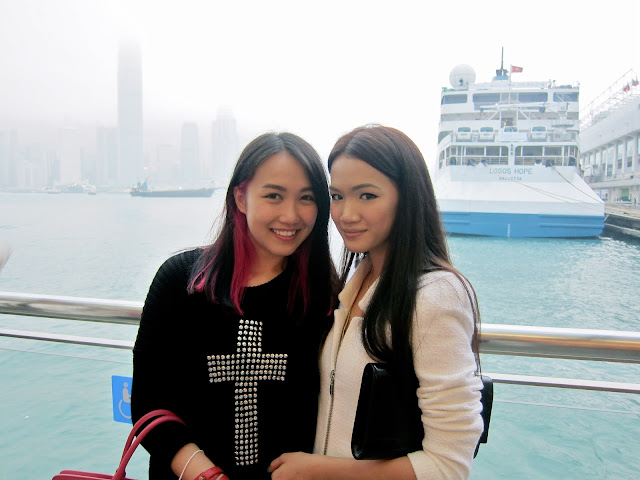 Sabrina and I ;
with the view of Central behind us. 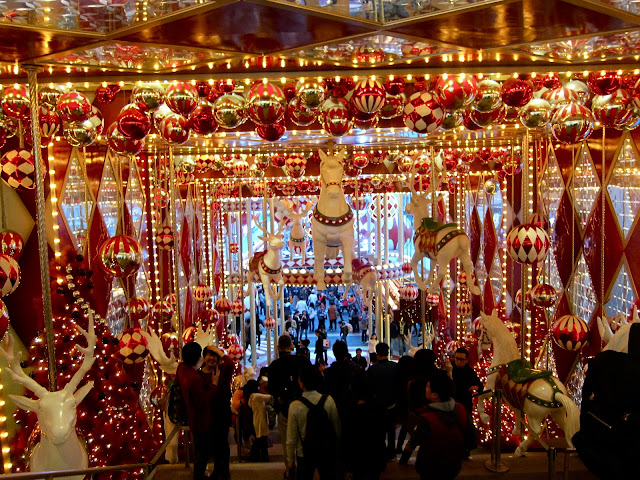 We walked over to an outdoor mall to check out the huge teddy deco they had.
Plus the interior of this mall is really different, abit of roman-ish pillars and stuff. Gorgeous I would say, couples would go there on dates and soon to be newly-weds swarmped the place for picture taking momentos for their wedding. 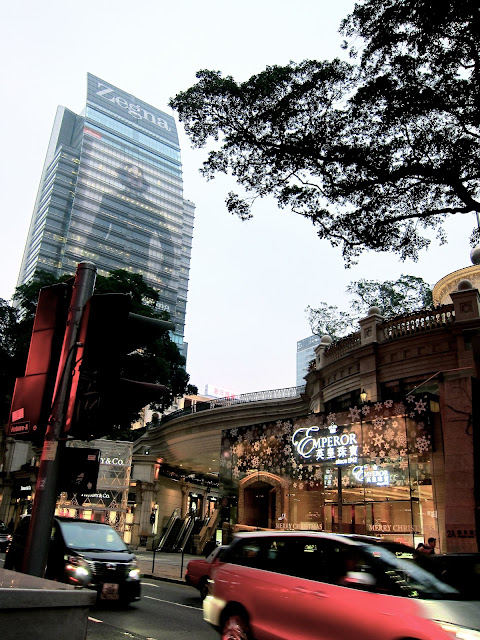 The queue was longgg, so we decided to take one like this hahaha. 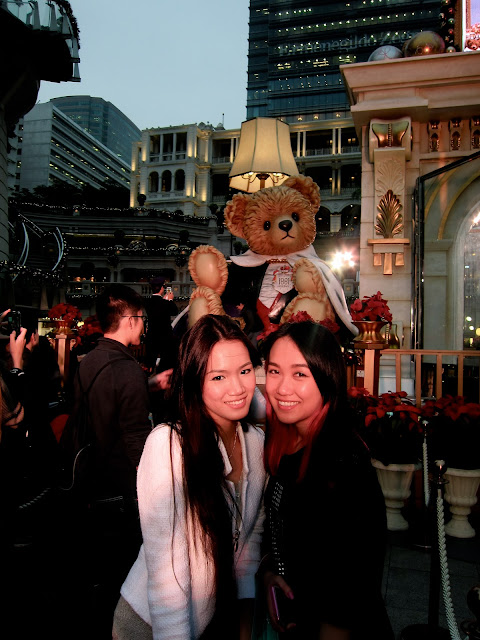 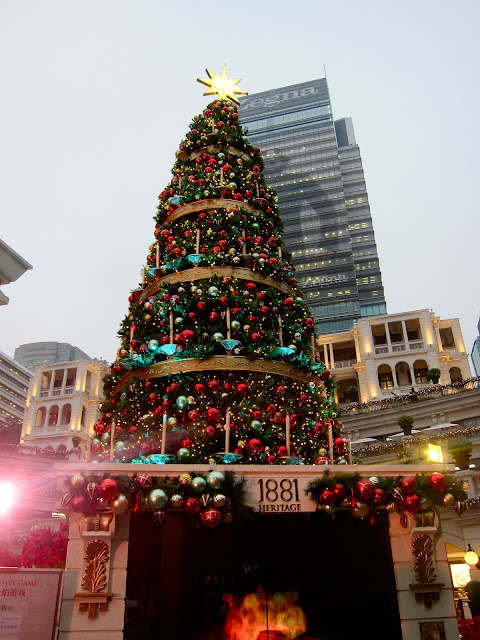 More teddies around everywhere! And a huge Christmas tree which was the center of attraction. 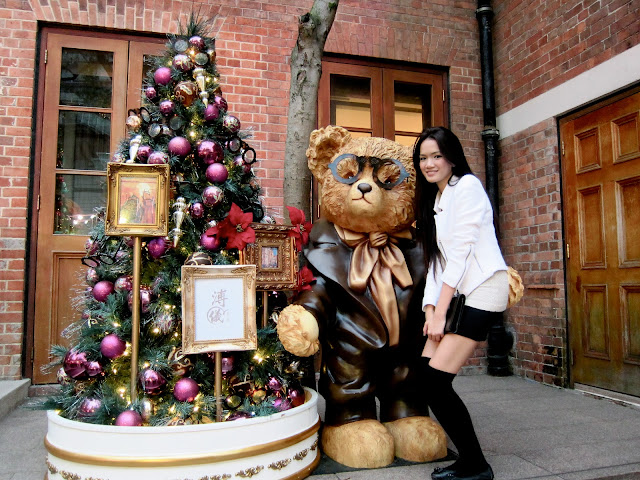 Sabrina brought me to every nook and cranny of that area to explore, hoping that I would satisfy my shopping needs but sadly, everything was for the winter season so I skipped out on shopping and had bubble milk tea instead.


Called it an early night as I had to wake up early the next day for the ferry back to Macau.
Got back almost in the evening, early evening that is. 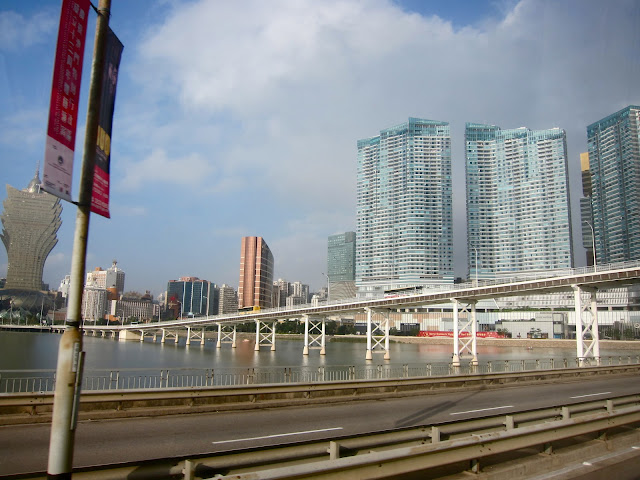 This time we checked into Sheraton, which was beside Conrad and opposite the Venetian. 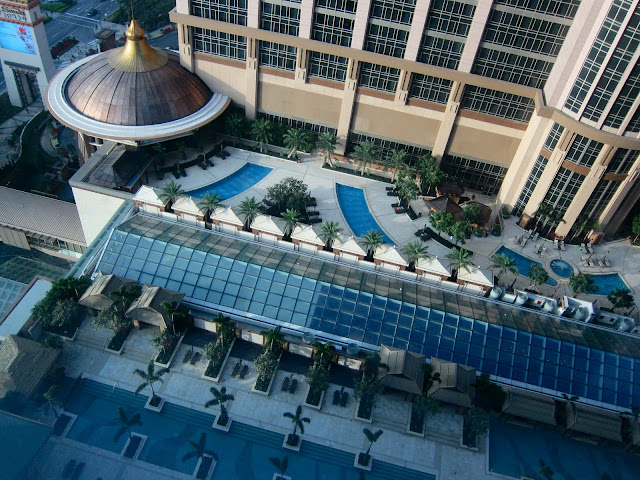 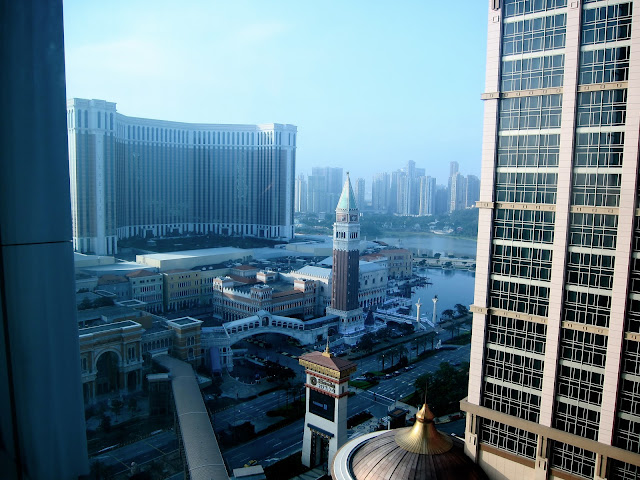 I would've gone swimming if it wasn't so cold.
But my sister and parents went to the pool while I took a nice warm bath in the hot tub.

After that we went for dinner, and then I got back to change for the night!

Met up with May for drinks at Conrad's lounge plus catching up on everything that has been happening in KL. It's been so long since I last seen her.
After that, we both went to Cubic. Where else haha. 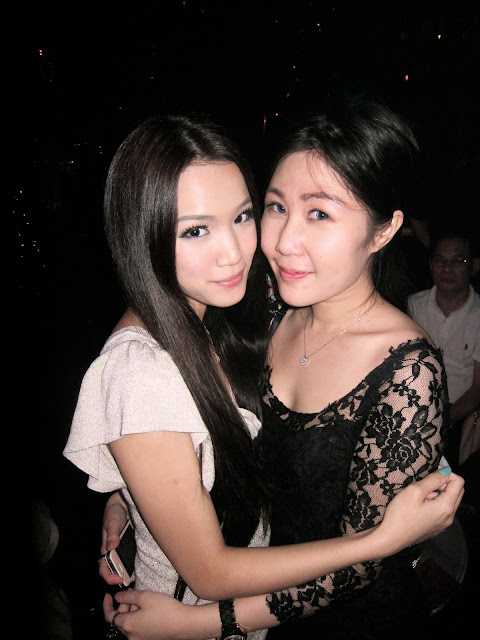 It was a Friday night and the club was mad packed. Every sofa booth was filled and without fail, every booth had a bucket filled of Perrier Jouet champagne. Costing approximately HKD8000 a bottle. 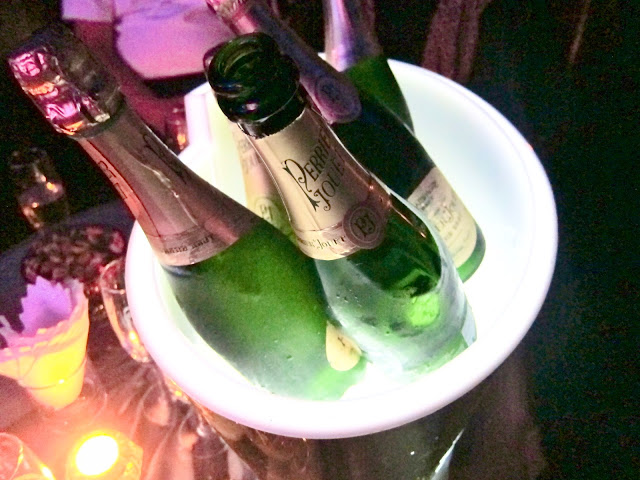 Best part was that Mark Knight, was there to spin.

"As a DJ, Mark holds international prominence, recognised the world over for his extended 7 hour sets, headlining festivals and clubs from Ultra Music Festival Miami to the Terrace at Space Ibiza.
In 2006, Mark’s belief and desire to inject freshness into a stale club scene, inspired him to programme his own parties, this concept became a reality with the launch of Toolroom Knights at Ministry of Sound, London in October ’06." 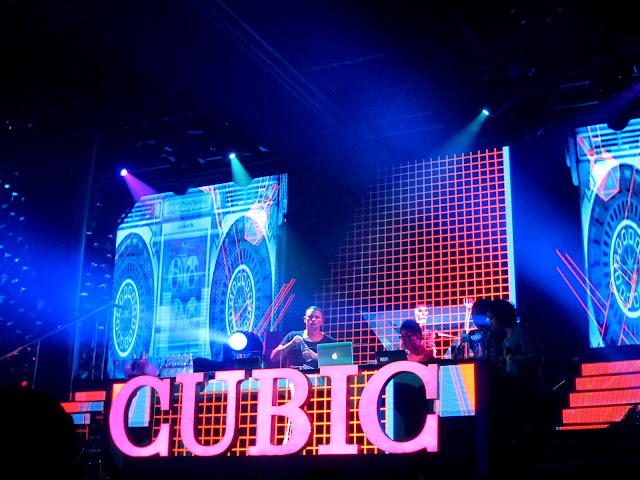 What a way to end my last day and night for this trip.
I definitely did not have all this planned for and the trip just turned out to be so much better than I imagined.

I will definitely go back! Plus, there's so many upcoming hotels I am sure tons of attractions will be there waiting.