So this was last month, I had a very busy month so bear with me :D heehee.
Celebrated baby's surprised birthday a few days earlier than his real birthday.

Went for Mambo at Zouk, cause I seriously didn't think it would be fun squishing with tons of other people on a weekend. 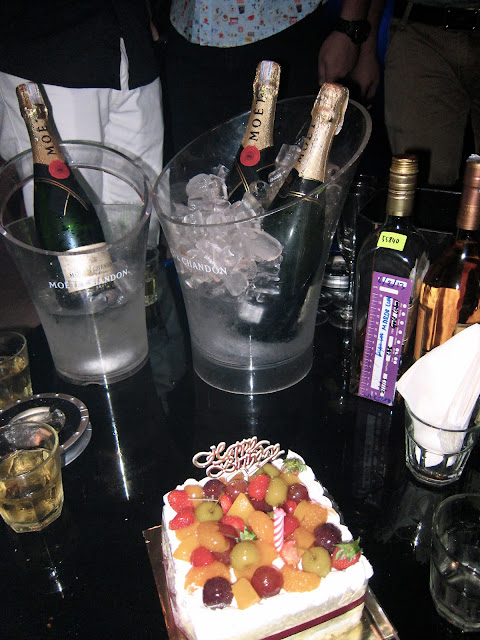 Managed to surprise him with a cake and such eventhough he was in my car he did not realize it at all hahaha. Thank god he can be that blur at times. 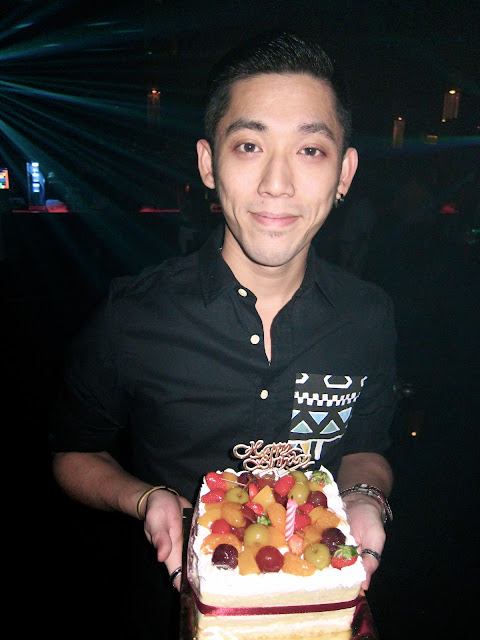 Happy boy with his birthday cake! 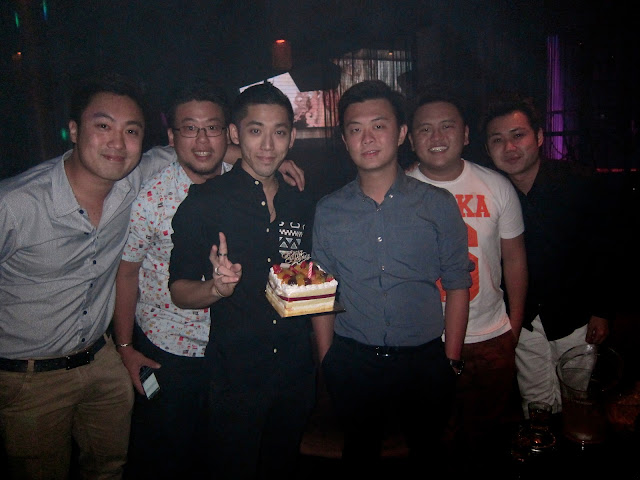 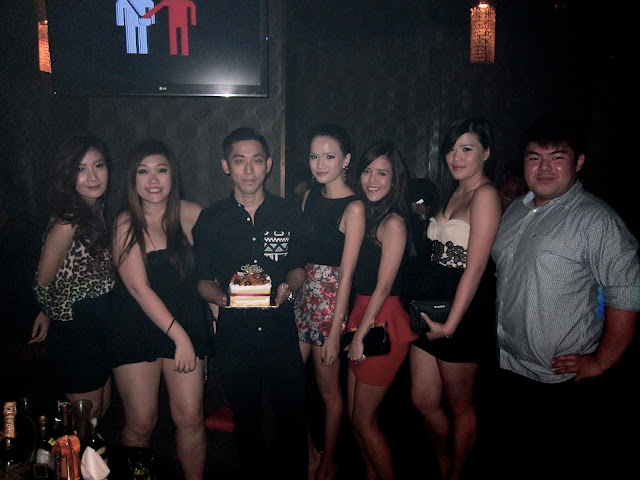 With the girls and boys ;
So, it was a quiet intimate evening, where everyone just chilled and sipped champagne, enjoying candid shots of them being taken by me haha. 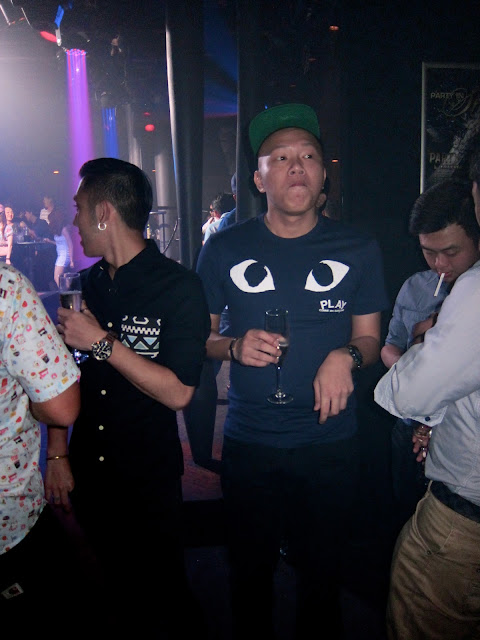 Well I was just kidding.
We're not that old -.- The craziness started soon after with trays of shots and Flaming Lambo's on a row. I was estatic to see how long this birthday boy was gonna last throughout the night. Had to keep checking in whether he's doing fine. 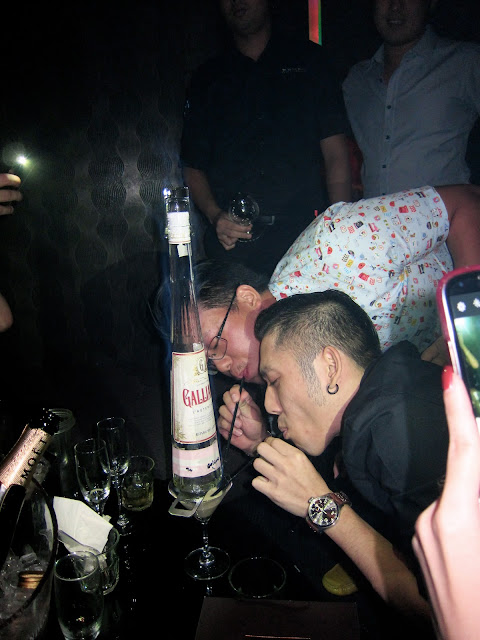 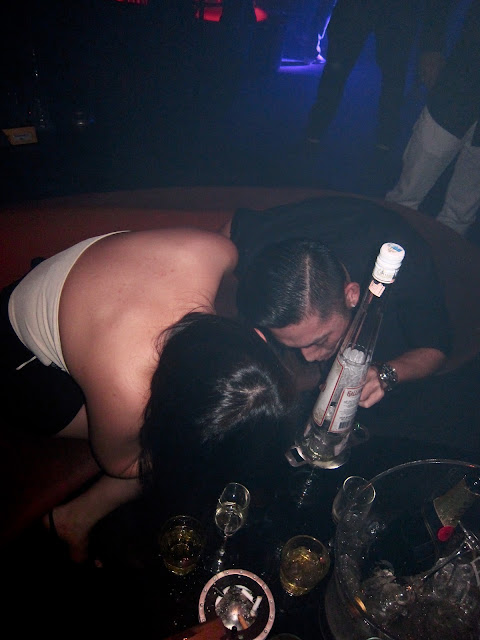 He was confident that he won't end up puking his guts out, and he seemed fine. Since I was the designated driver I left the drinking up to him cause I'm sure as hell ain't gonna tank all that alcohol. 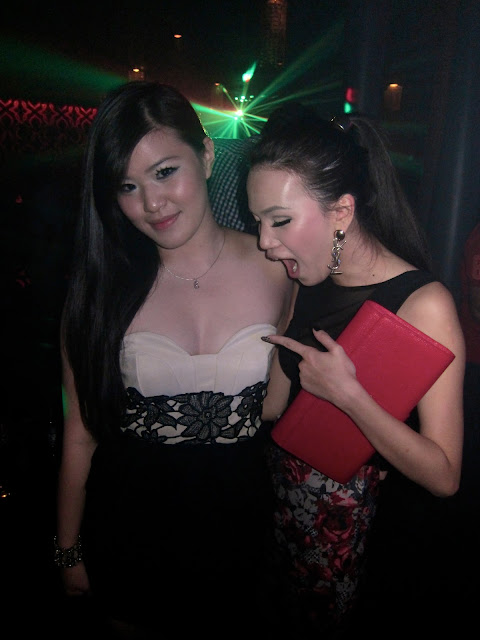 Me and my little sister, ain't so little anymoree. 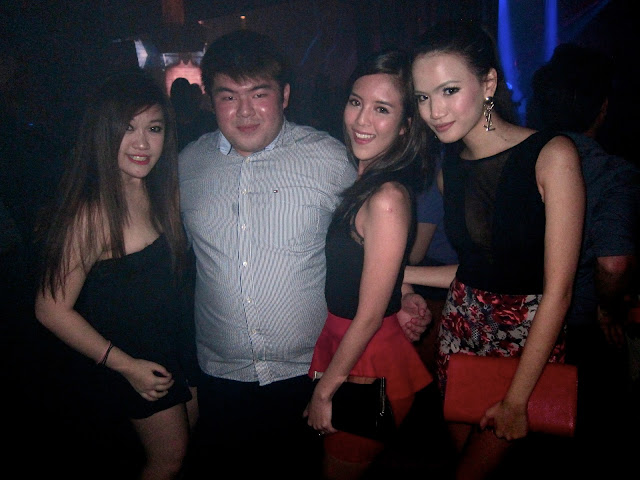 Emmelyn, Jason, Su and I. 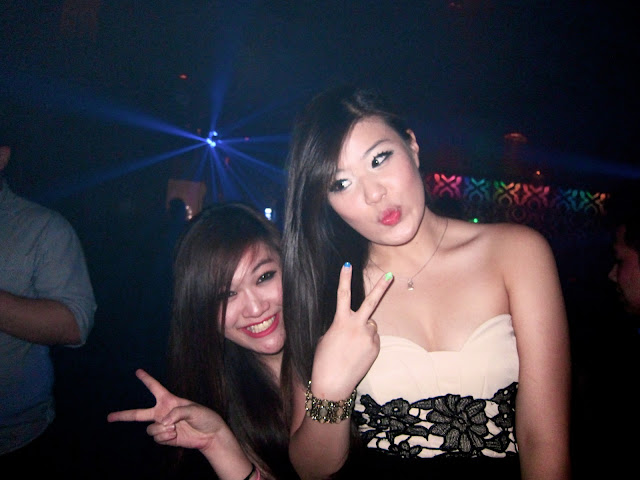 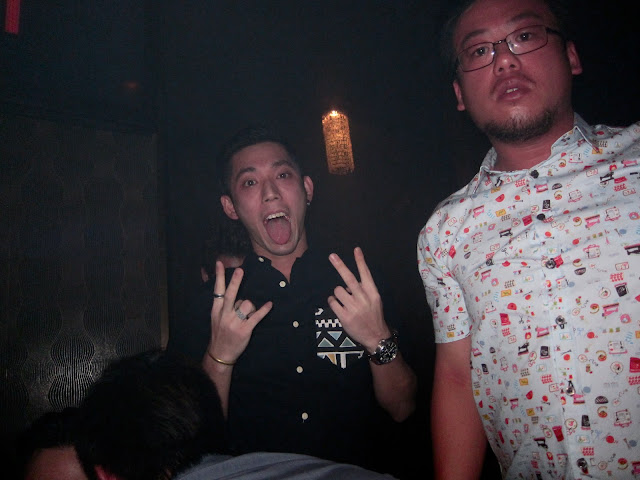 So the night got crazier and faces got redder lol. 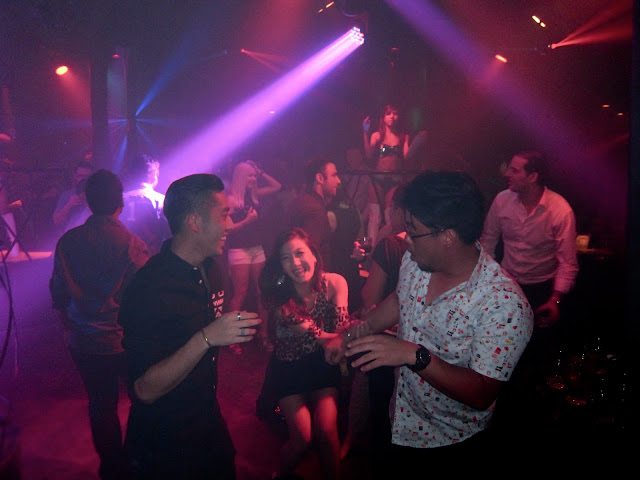 Dares were being carried out, and the boys made some new friends.
Started doing the Harlem Shake too lol. 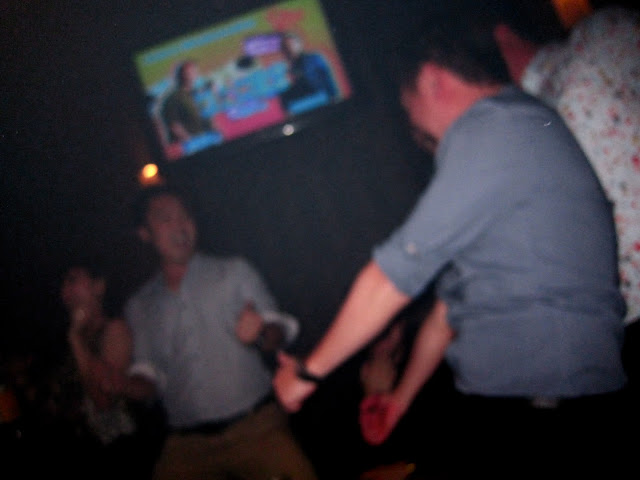 More rounds of champagne kept coming. Two more bottles making it 5 in total and a magnum one, that almost puts the ratio to 1:1 to the number of us to a bottle of alcohol. I can feel the urge of barfing if I had to drink Hennessy, Glenmorangie and this lol. 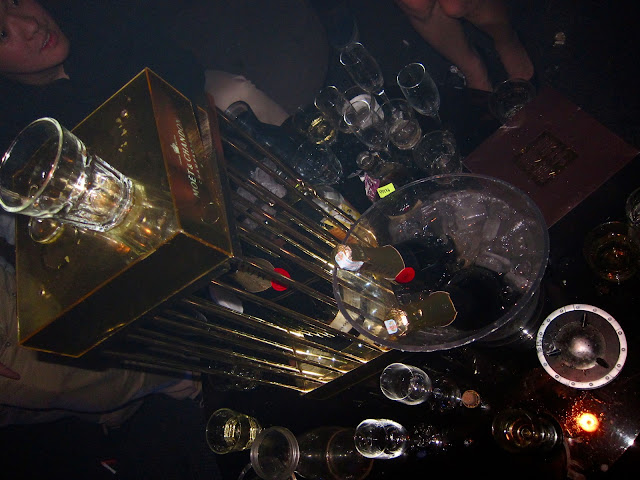 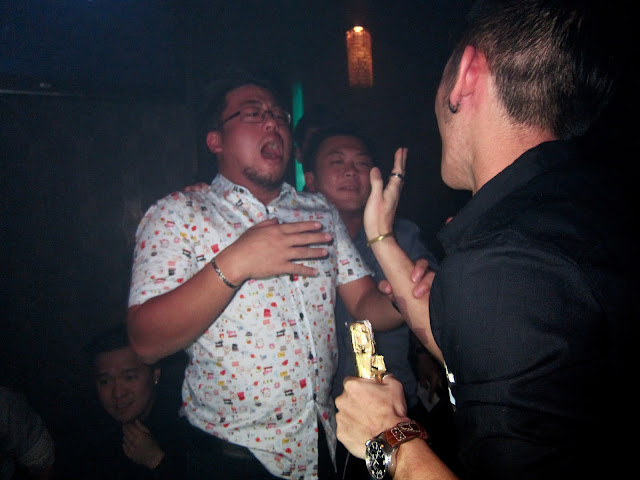 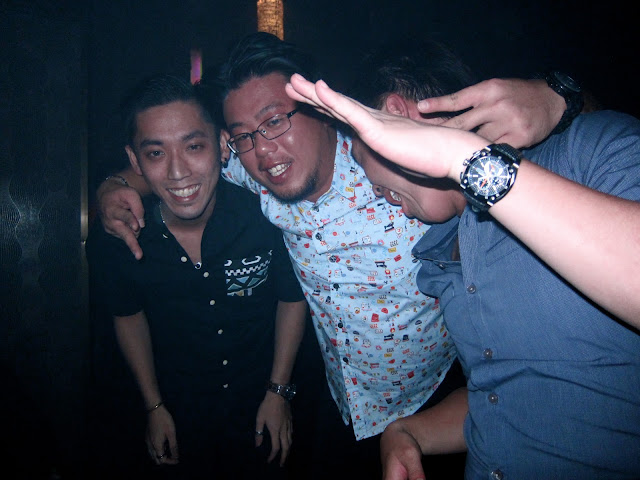 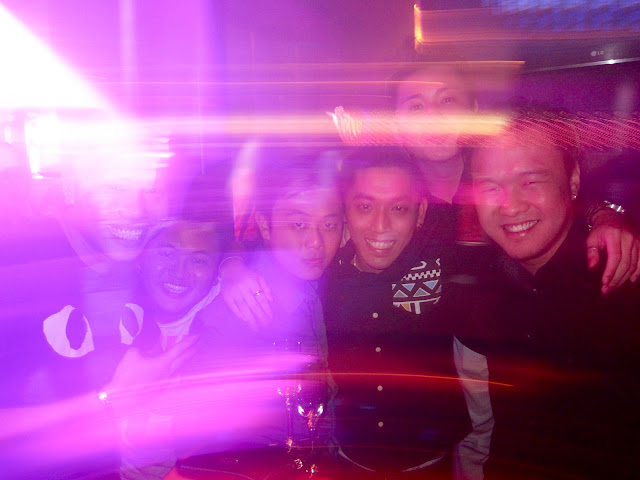 Surprisingly the birthday boy was still standing by the time we left Zouk. 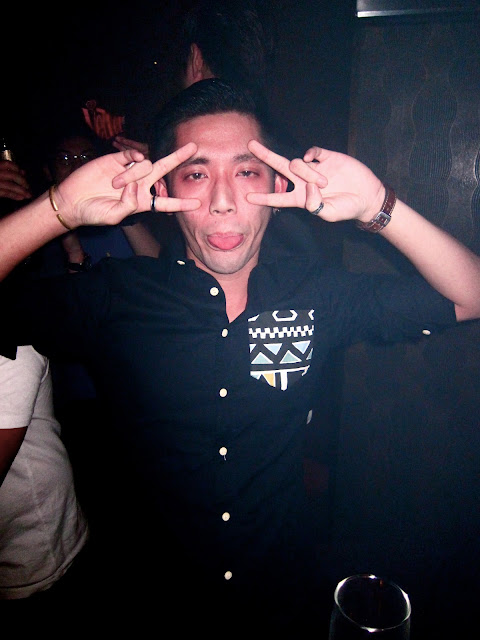 .. but totally passed out when we got home haha!