So it was a couple of weeks back after I've finished a photoshoot that I headed over to Studio Lounge's event since Nicole was hosting it. 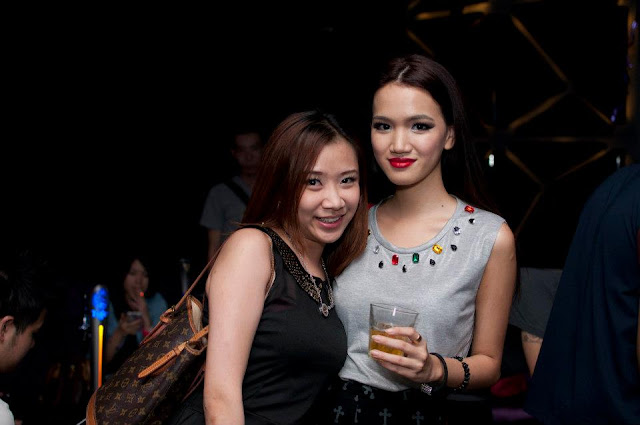 Loving my gemstone embellished top from Skinny Heels!
With Manda at the event. 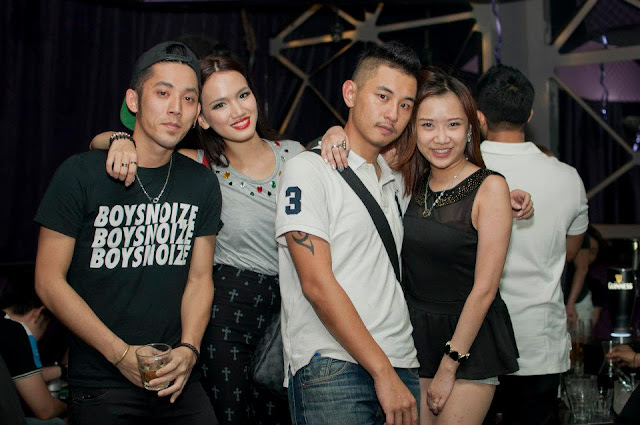 Howie, me, Darryl and Manda.

Cause of a few dares and pushes we went up on stage to win ourselves some prizes.
I had no idea what we're supposed to do though I really hoped it had nothing to do with drinking. 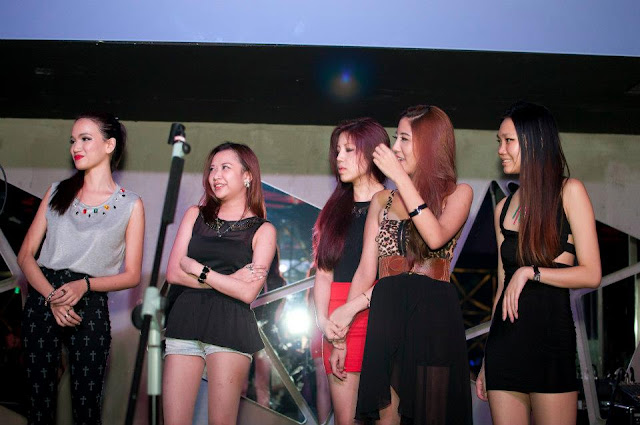 We were listening to the MC explaining to us some basic game rules still not knowing what the game revolved around until.. he said we had to finish a pint of beer each!
You can see how 'happy' Manda was lol.
I was dreading it as I was full enough from dinner! 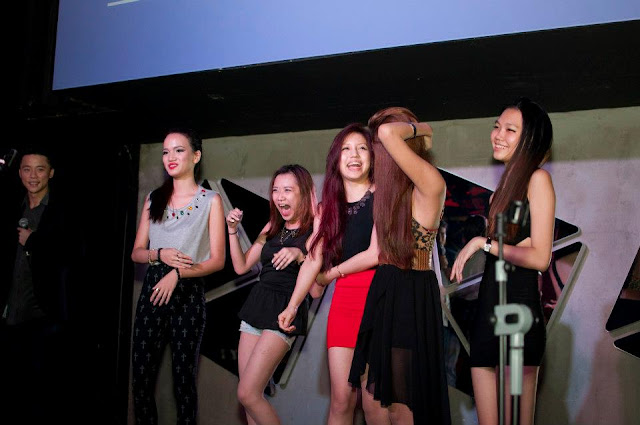 Me still being unfazed by it and hoping that I was spectating instead of participating haha.
Nevertheless I tried to finish as much as I could but Jessica was way ahead of me, and so was her friend. They both finished it in like less than a minute? It was definitely tough as hell but a funny one though.

Hands on hips and go! 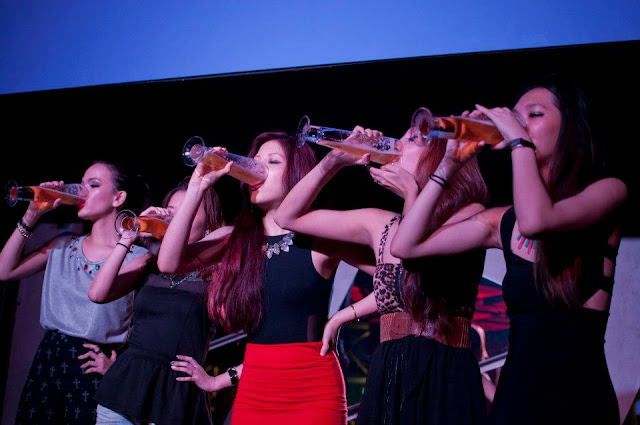 Either way we were all friends, and as for the prize it was another tower of beer so... major LOL!
Guess that's why the event was called Drunkfest, go figure haha. 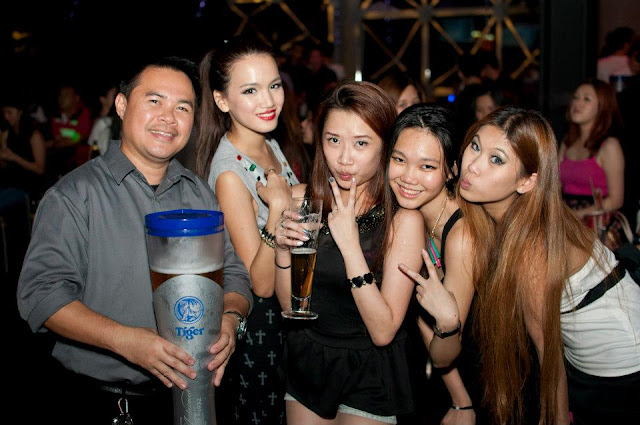 So it was to more drinking after.
Had loads of fun, laughters and... running around *inside joke*

Headed to Zouk after for Bassjackers!
*will ride about that in another post* 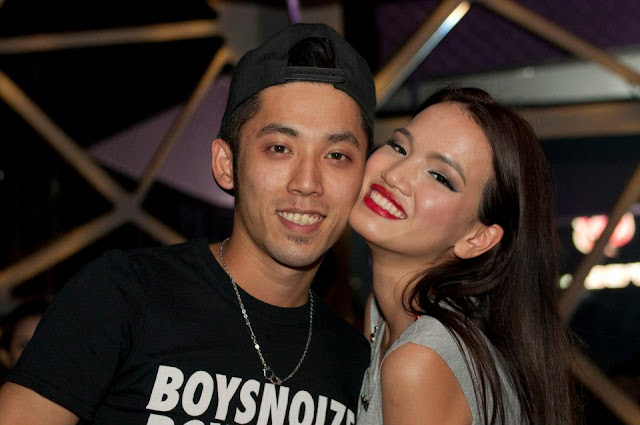 By the way, outfit is from Skinny Heels, from my grey embellished top to highwaisted pants with crosses! Soooooo comfyyyyyyy!
Do check them out at https://www.facebook.com/skinnyheels .
Tons of inspired pieces by Nastygal, ASOS and so on.