I've been skipping out so much on my Melbourne posts!
What to do, too many pictures /: And I should've titled them by events instead of parts. So here goes the day we tried being all touristy and joined the daily tours to Philip Island. 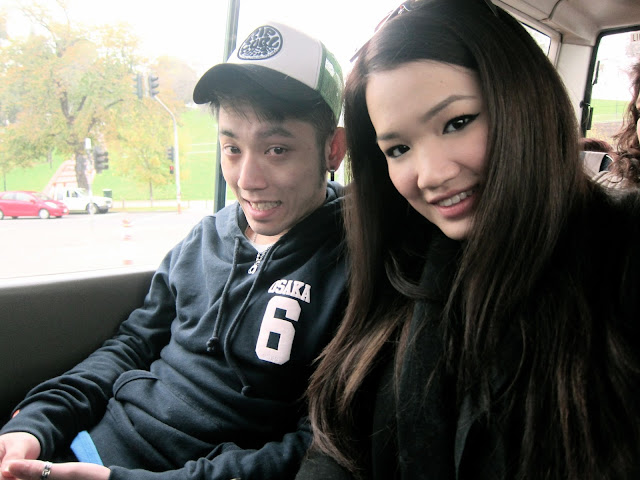 Since our sleeping time was really messed up when I was in Melbourne, we had very little sleep the night before hence our swelled up eyes. Looking at the pictures now, I can't believe how puffy my face was.

Melbourne in the morning, chilly, cold and wet.
BRRR. 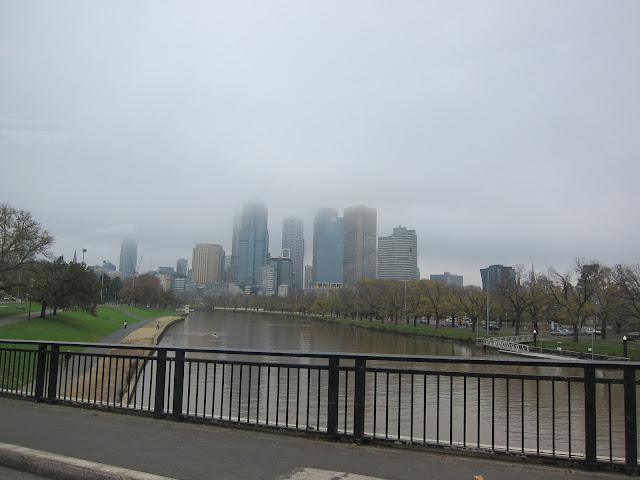 Our tour guide for the day.
He's absolutely hilarious! Made the tour a comfortable outgoing one. 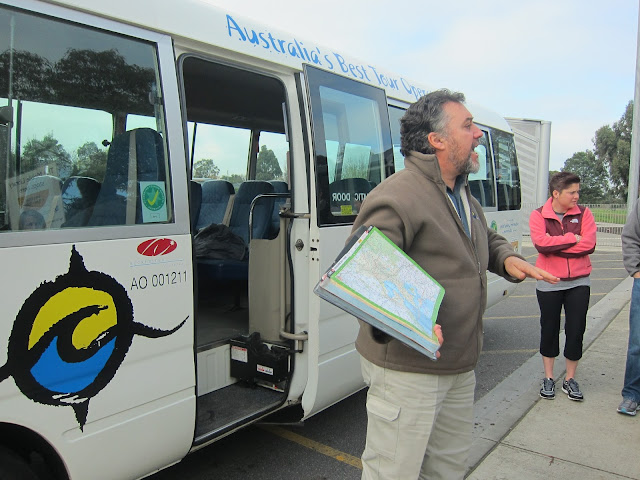 About an hours drive out of the city we were surrounded by farms and clear blue skies.
We were at the country side! 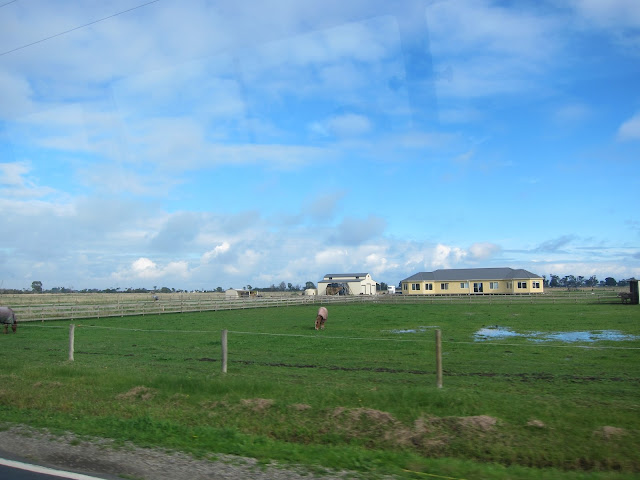 We stopped by a pier for lunch, had fish and chips. Nothing much to rave about it was reasonable and just average tasting. So instead of taking tons of pictures of our lunch we sat and chilled by the dock. 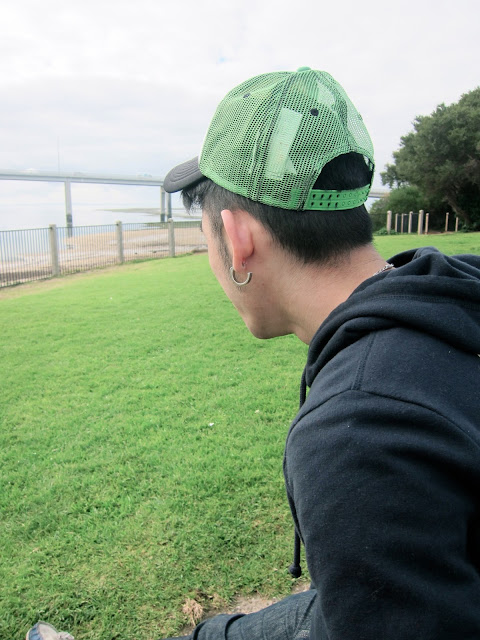 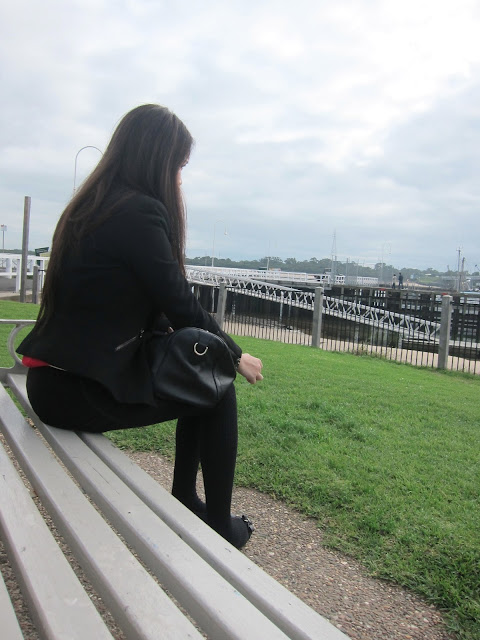 After lunch we headed to the chocolate factory. First thing when I heard chocolate factory I thought about Willy Wonka. But sadly this factory has no short orange men running around, or rainbow colored mushrooms for you to sit on. 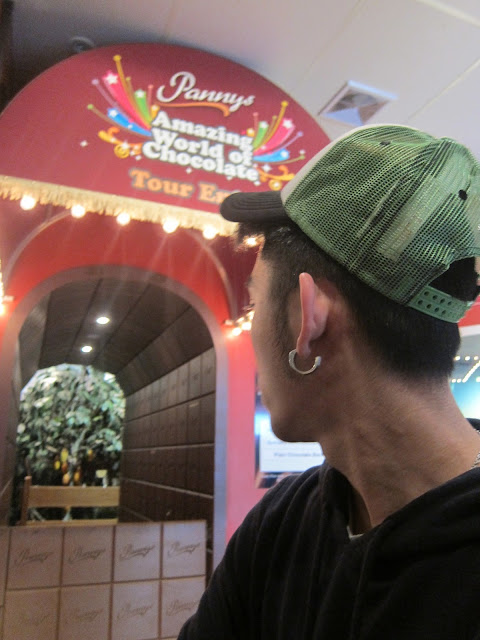 Welcome to Panny's Chocolate Factory!
Well we got to learn how chocolate is made. The process, the seeds, the machinery and so on. 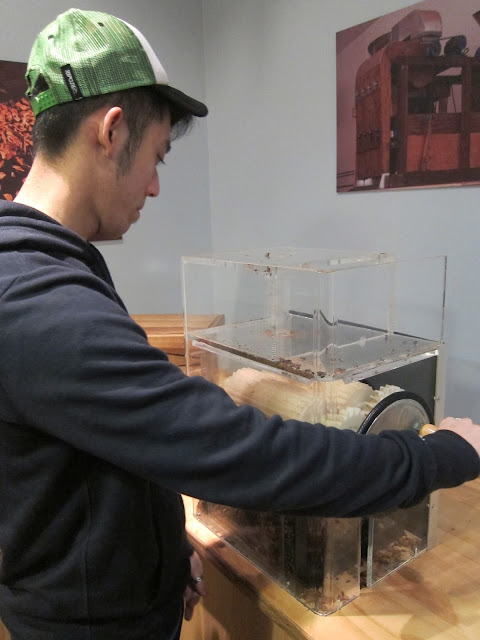 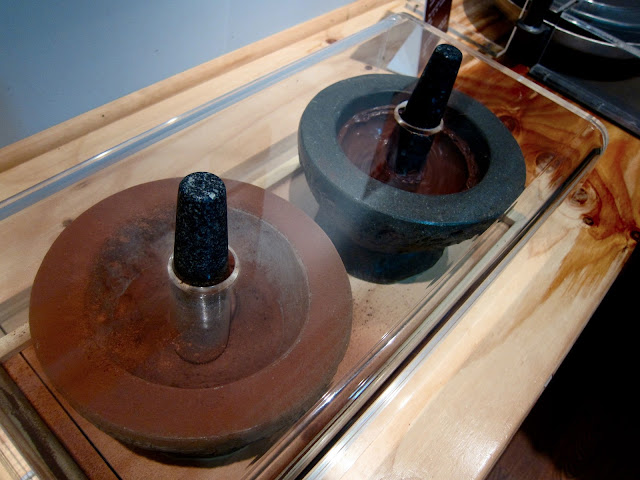 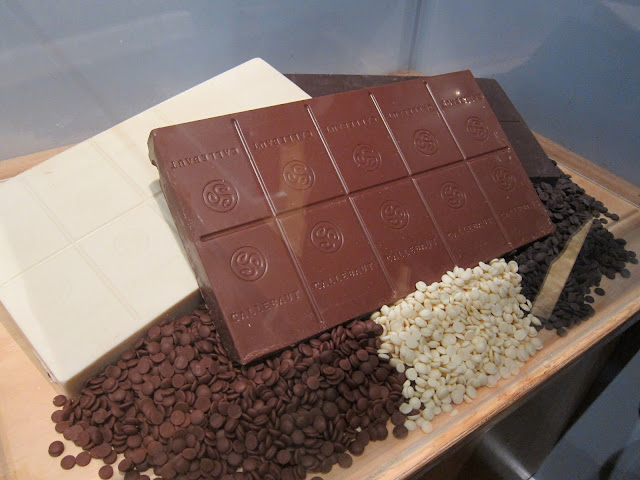 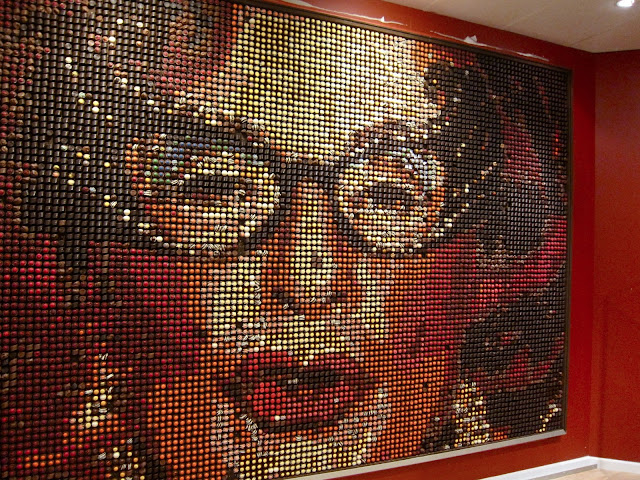 The types of chocolate, dark, milk and white. Even chocolate pop art!
Mini towns made of chocolate. Basically everything was made out of chocolate in that factory haha. 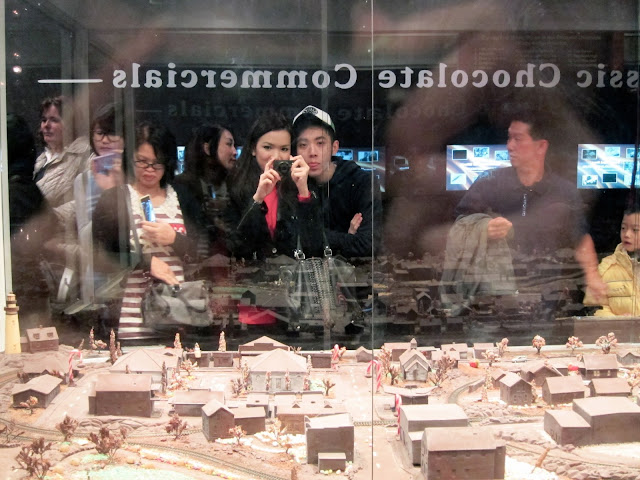 There were games for you to play to win free chocolate! 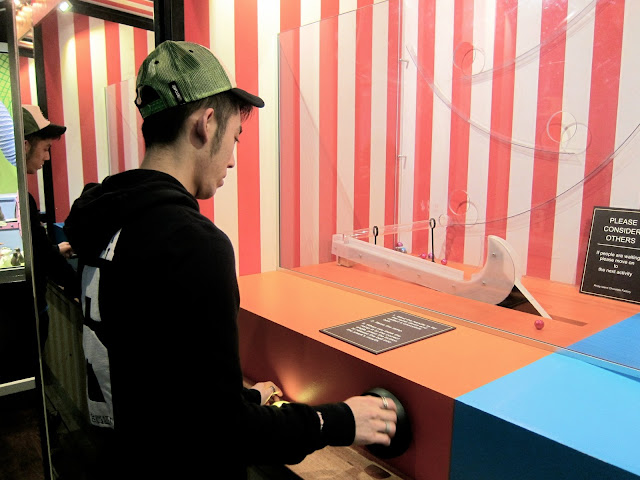 What about a huge chocolate fountain? 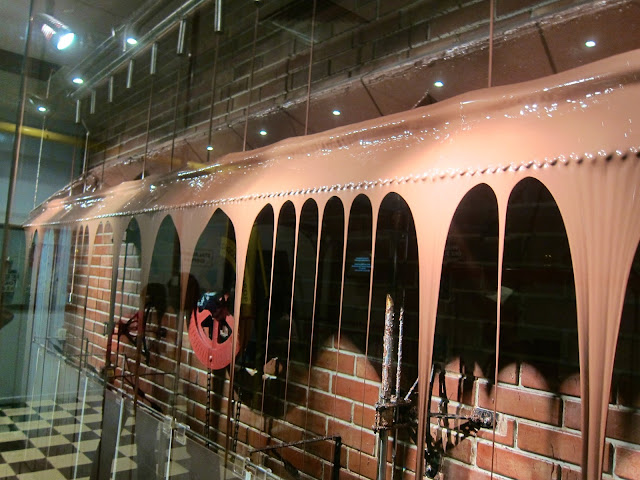 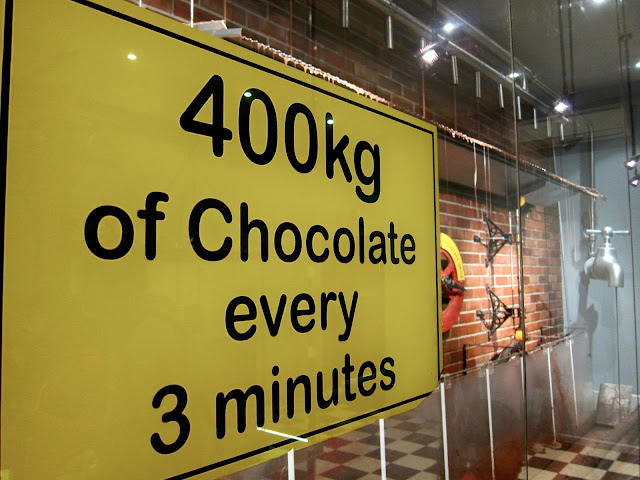 So every pit stop in this factory added on to my knowledge about chocolate. There were fun and games, and even DIY stations. 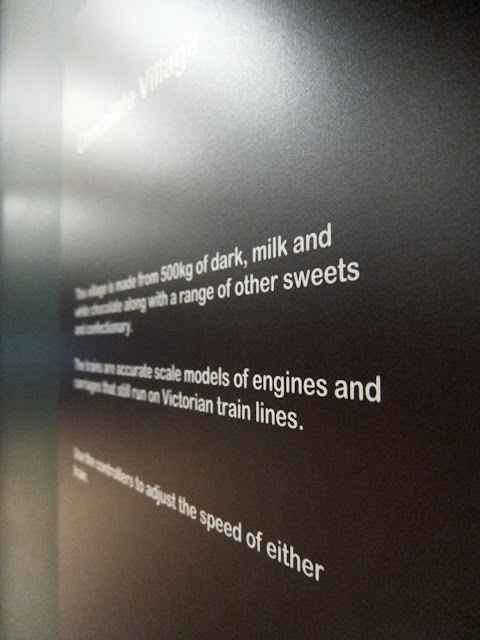 Here we are shaping/making our own chocolate.
Your hands have to be really steady while holding on to the shaping pillar. 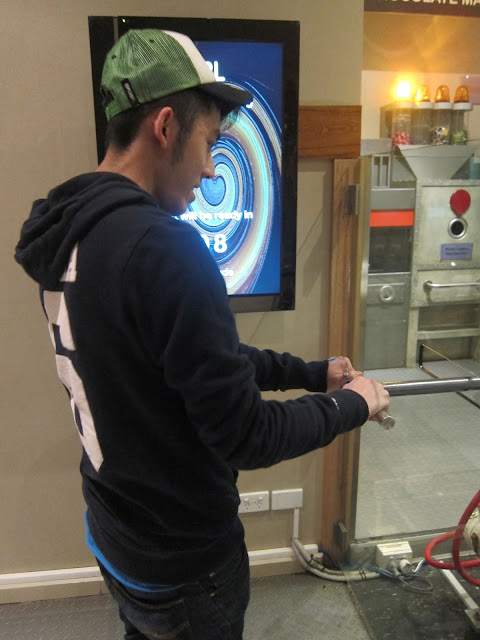 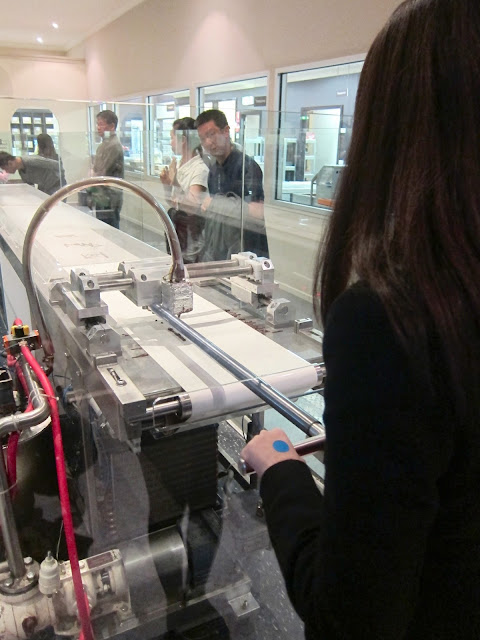 He tried making an 'S' shaped chocolate but as you can see it looks more like a question mark.
Mine was below, it came out a perfect 'H' hahaha. STEADY HANDS PEOPLE! 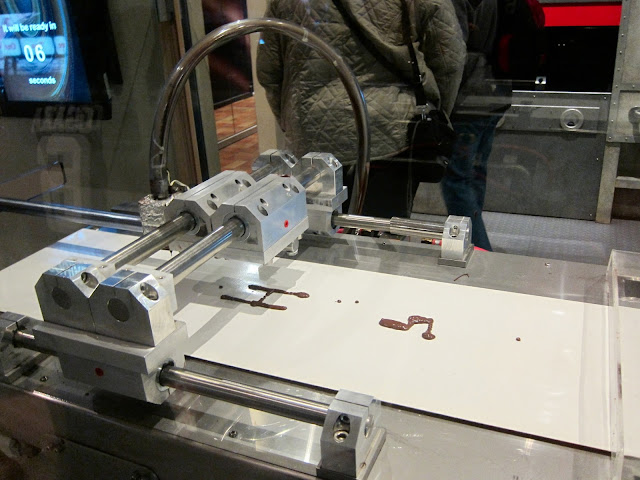 Me and my perfect 'H'.
We ate it after that, can't bring it back so it seemed like the only sensible thing to do. 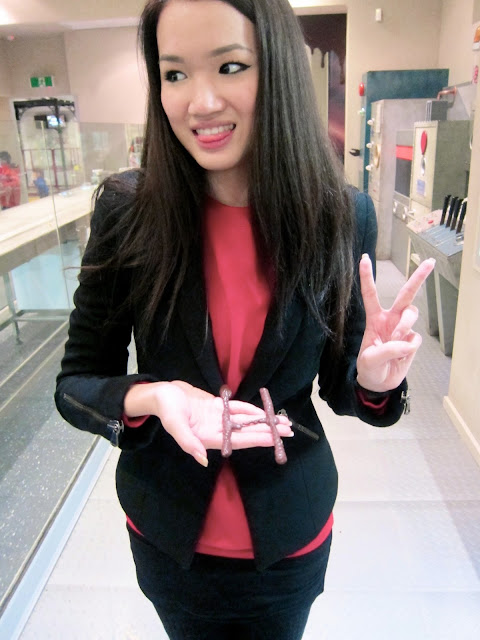 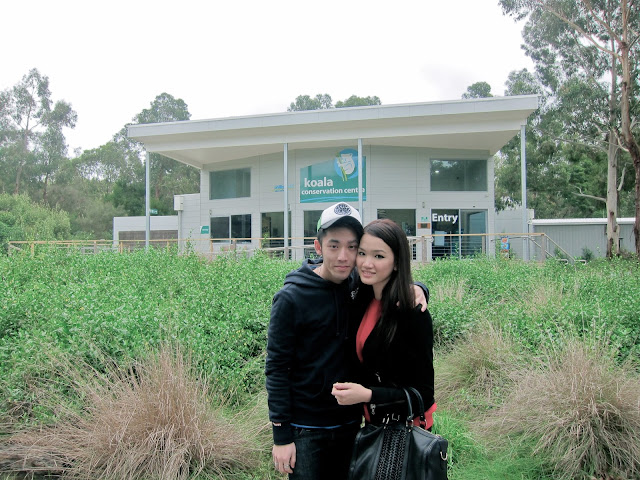 Let's play, spot the koala!
Koala's are really cute mammals. They're probably the laziest too. You can tell their genders by their fur colour or texture. But with my eyesight, it was quite hard to even spot a koala in the beginning. 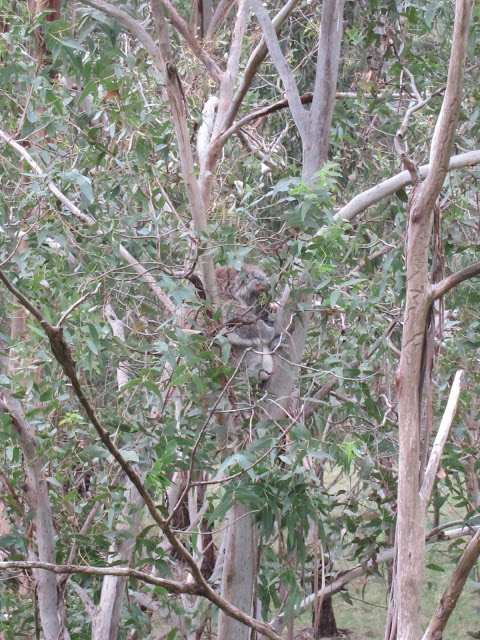 That little furry thing was up in the tree, smack middle. Blended in so well with its surroundings it took us all a while to actually spot any of them. 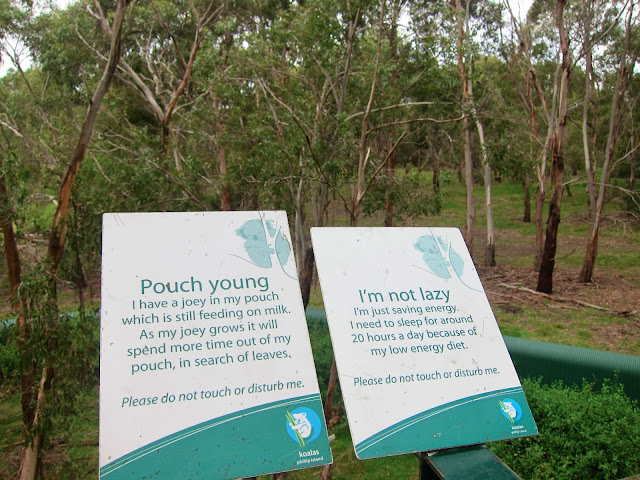 Little key notes of the koalas here and there.

And then we found one really close to us! 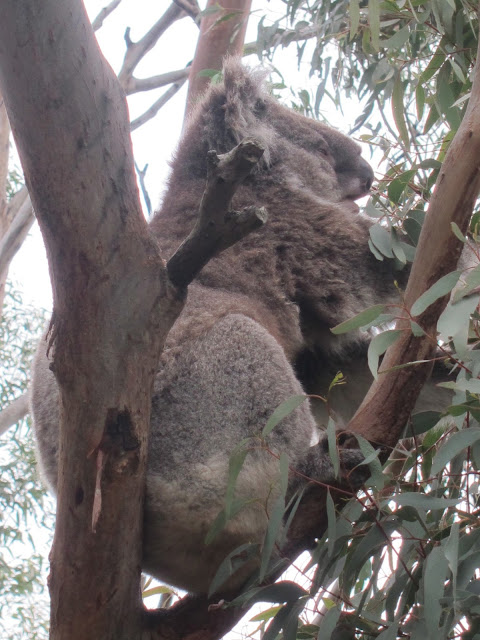 Isn't it just the cutest!
So cute and round, not forgetting how furry it is hehe.
I just want a pet koala after seeing this guy. 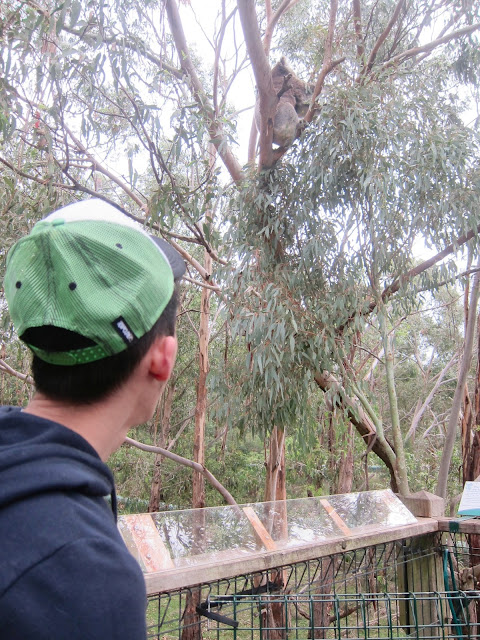 Walked through the park and spotted more koalas. The guide is there explaining everything to us. About the trees they snack and live on, their eating habits, their young and so on. Towards the end of the trail we spotted this. 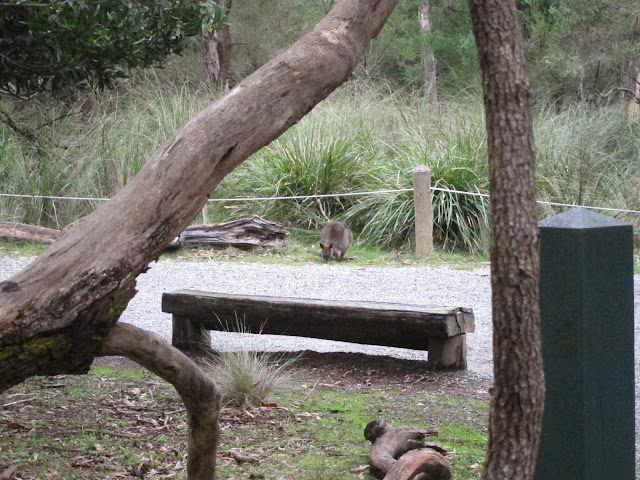 A wild wallaby. It looked like a mini kangaroo at first, and it walks or more like hops like one too.
None of us approached it cause apparently it bites.

After the tour around the koala sanctuary we headed to our next destination, could you guess where?