Chin Chin in Melbourne, Australia is widely known among locals and even tourists (like me! heh) as it's one of Melbourne's famous restaurants, where people actually wait for their table which can take up to more than an hour. 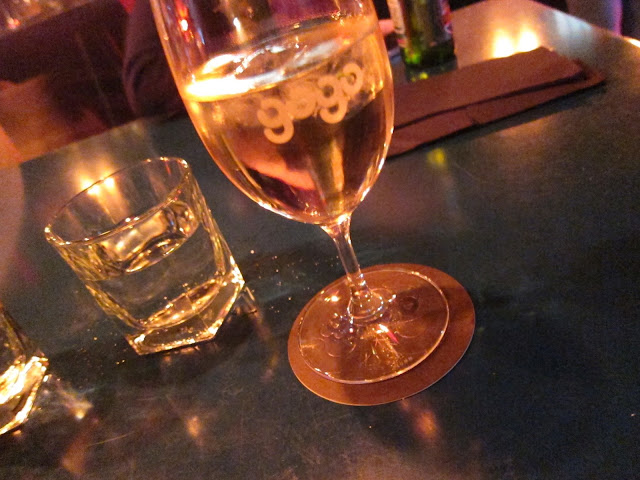 We got a call about an hour later so we headed back to that place. They told us our table would be ready soon, and we can chill at their bar downstairs called the Gogo Bar. Good selling advantage I would say, as we waited 'bout 30-45mins still. 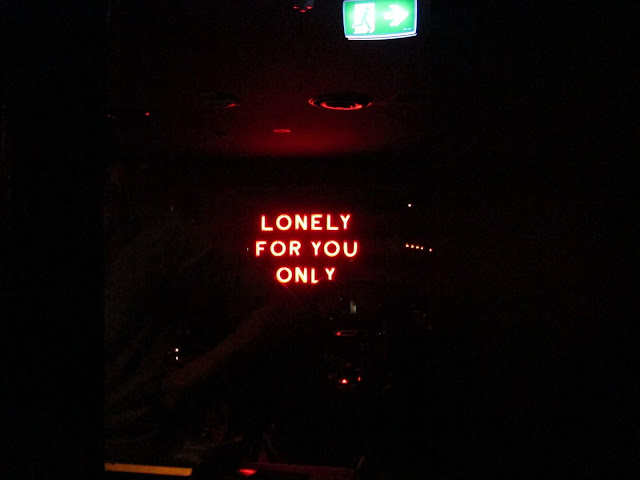 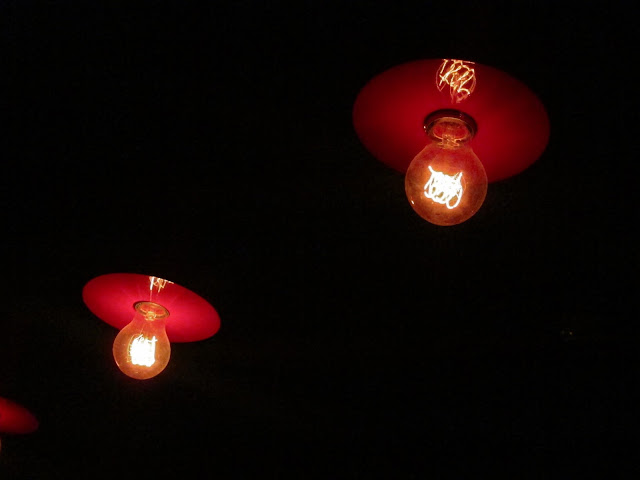 It was pretty dark so I didn't want to point my flash at people waiting in line, having their drinks.
Our tummies couldn't take it so we ordered some light snacks. 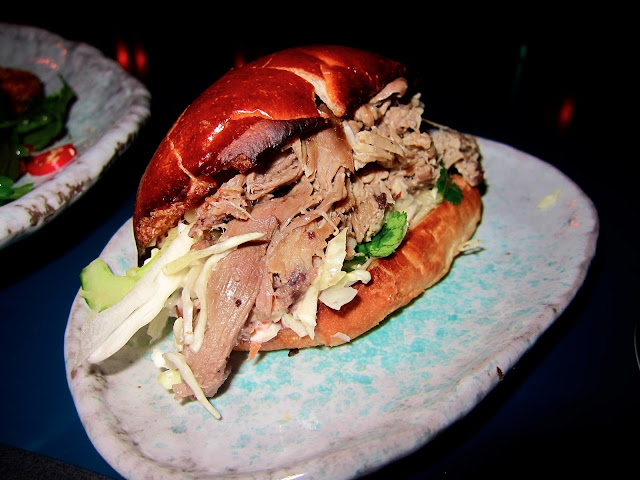 We ordered the Pork Bun which was quite good and fish cakes which were about average to me. 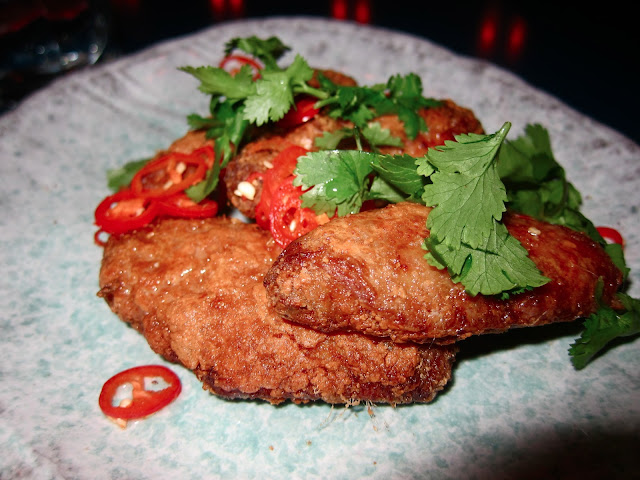 Finally we were ushered to our table.
It was a cosy restaurant. Simple interior so don't bother overdressing.
Australians can be really casual at times, even after waiting hours for a table haha. 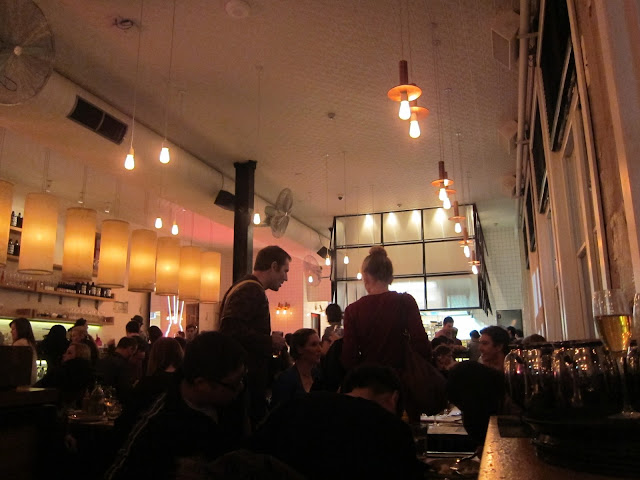 The restaurant was packed, food were seen leaving the kitchen non-stop. Guests in and out.
But it was not overly noisy or anything. It still felt comfortable. 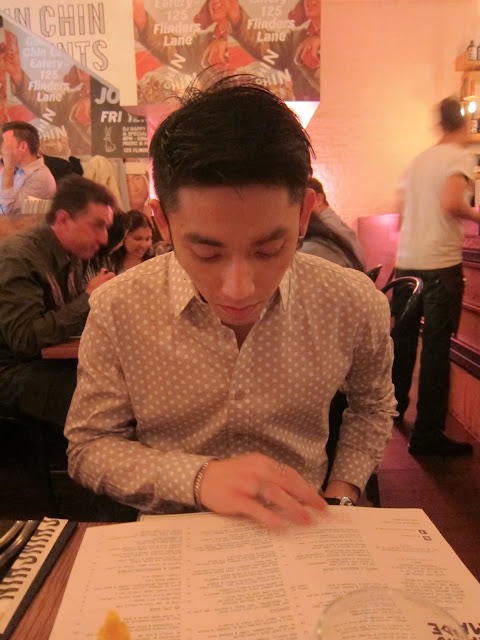 Baby looking through the menu.
There were tons of choices as you can see. Chin Chin serves fusion Thai cuisine.
From Spicy Corn & Coriander Fritters to Kingfish Sashimi, Green Curry Chicken, Pork Roll-ups and so much more. 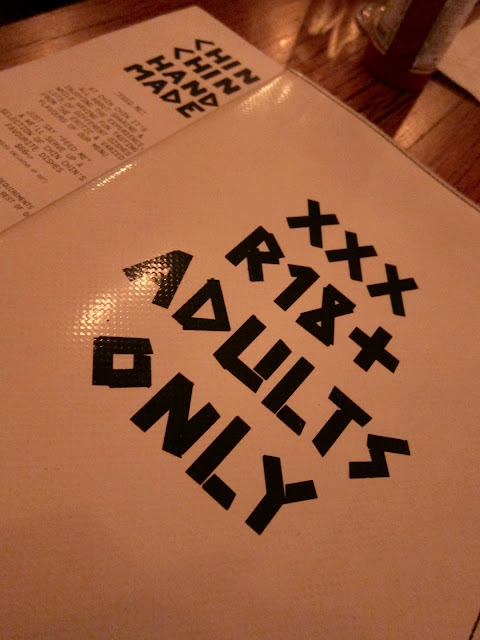 While waiting for someone to take our orders (yes, you even have to wait for that). 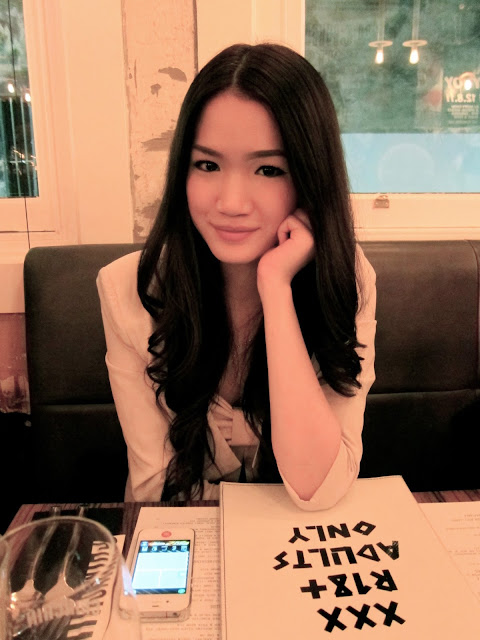 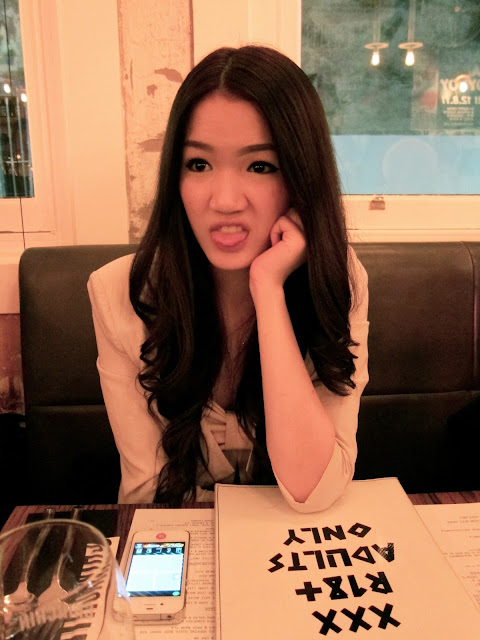 I just couldn't help it.

Anyways our food arrived.
First thing I noticed was beansprouts on every dish we ordered. I don't know if ALL the dishes looked like that or only the ones we ordered. 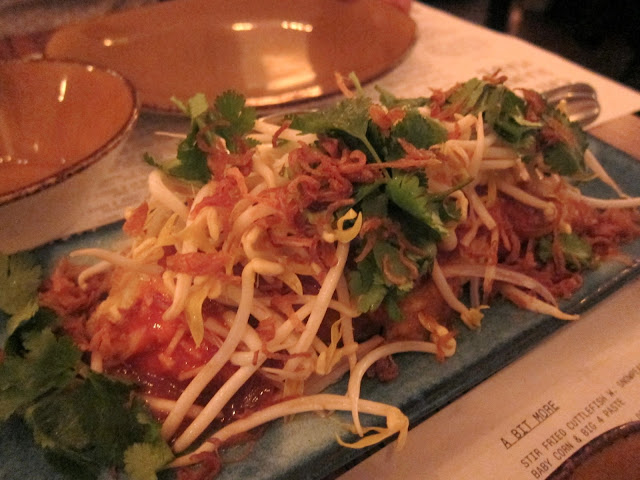 Of course the boyfriend had a terrible shocked.
He hates beansprout. Worst enemy I would say haha. 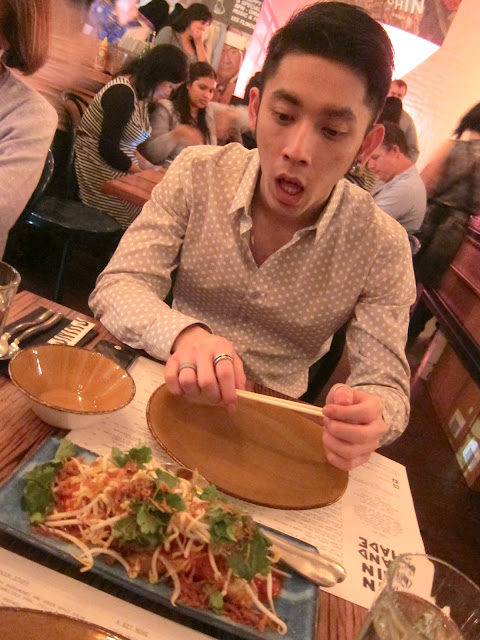 But the size of every portion was worth the price.
You can share among 2-3 people. 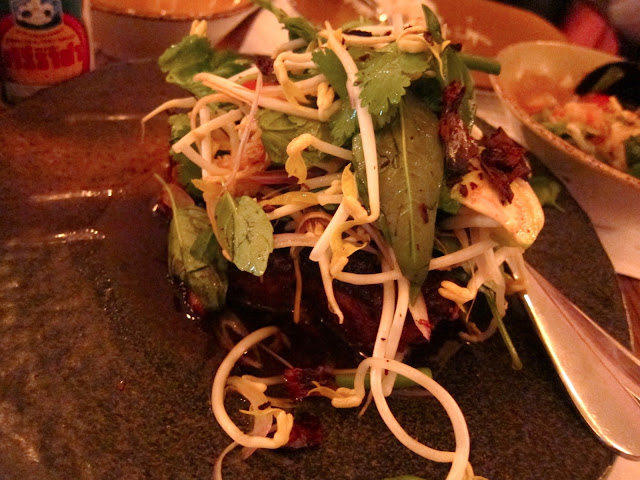 Well, we ordered a few dishes. I stopped taking pictures as usual.
I waited two hours for dinner obviously I was super hungry I forgotten about pictures and reviews! My bad ): But overall, in my opinion, there's nothing much to shout about. Probably cause Malaysia is like the neighbouring country of Thailand, and we can have Thai food most of the time, even conveniently at shopping malls and so on that I don't find the food at Chin Chin spectacular.

Still a worth it try, but nothing to brag about.

So after dinner we took a stroll around the city back home. It was cold, wet but still lovely. 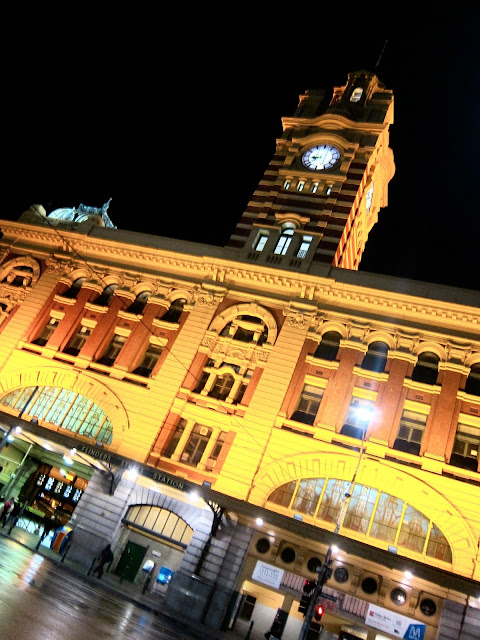 Flinders Street Station, where it's usually packed with people during the day but so quiet and nice at night. At least I feel safe walking around the city at night. I wouldn't be able to do this back in Kuala Lumpur. 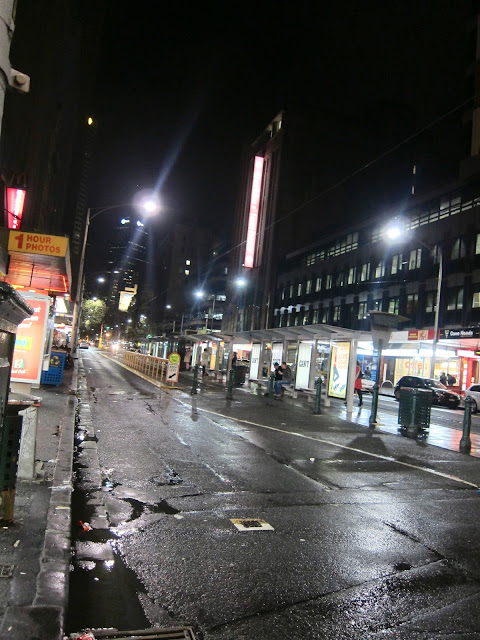 For more of Melbourne, click the labels on the right sidebar.