With the cancelation of Day 3# of Future Music Festival Asia 2014, which left many angry fans and unsatisfied ravers out in the cold, it's unfair to leave all the blame to the organisers. Look at the recent incident at Ultra Music Festival Miami or UMF, a security officer got trampled when people started gate-crashing.

I myself was mad at first, but I wasn't mad at anyone to be frank, in a way I couldn't as well, I was just mad it got canceled. It was such a complicated situation where, I couldn't blame the organisers for canceling it after the 'advice' from the authorities to shut it down, nor could I blame the people who lost their lives too.  I just hope in the future, more precautions could be made and taken by festival goers and organisers likewise to make it a successful, safe, enjoyable festival because seriously, name calling & bashing the organisers who try their best to bring artiste who probably never even heard of Kuala Lumpur (before MH370) let alone Malaysia, all the way to our country is quite a big achievement I would say, for our tourism and music industry I would say.

Anyways, there's been tons of posts after the cancelation of Day 3# which I totally agree with like the fact that K9 dogs should be present at festivals to lessen the number or drugs going in and out of the festival grounds, stricter bag checks, education about drugs, and free water. It's nice to know that people actually care and I hope the government won't just sweep this issue under the rug by just banning ALL festivals. It definitely won't solve the drug problem.

I had two enjoyable evenings at FMFA 2014.
Though I got in really late on the first day as the counter ran out of tags. 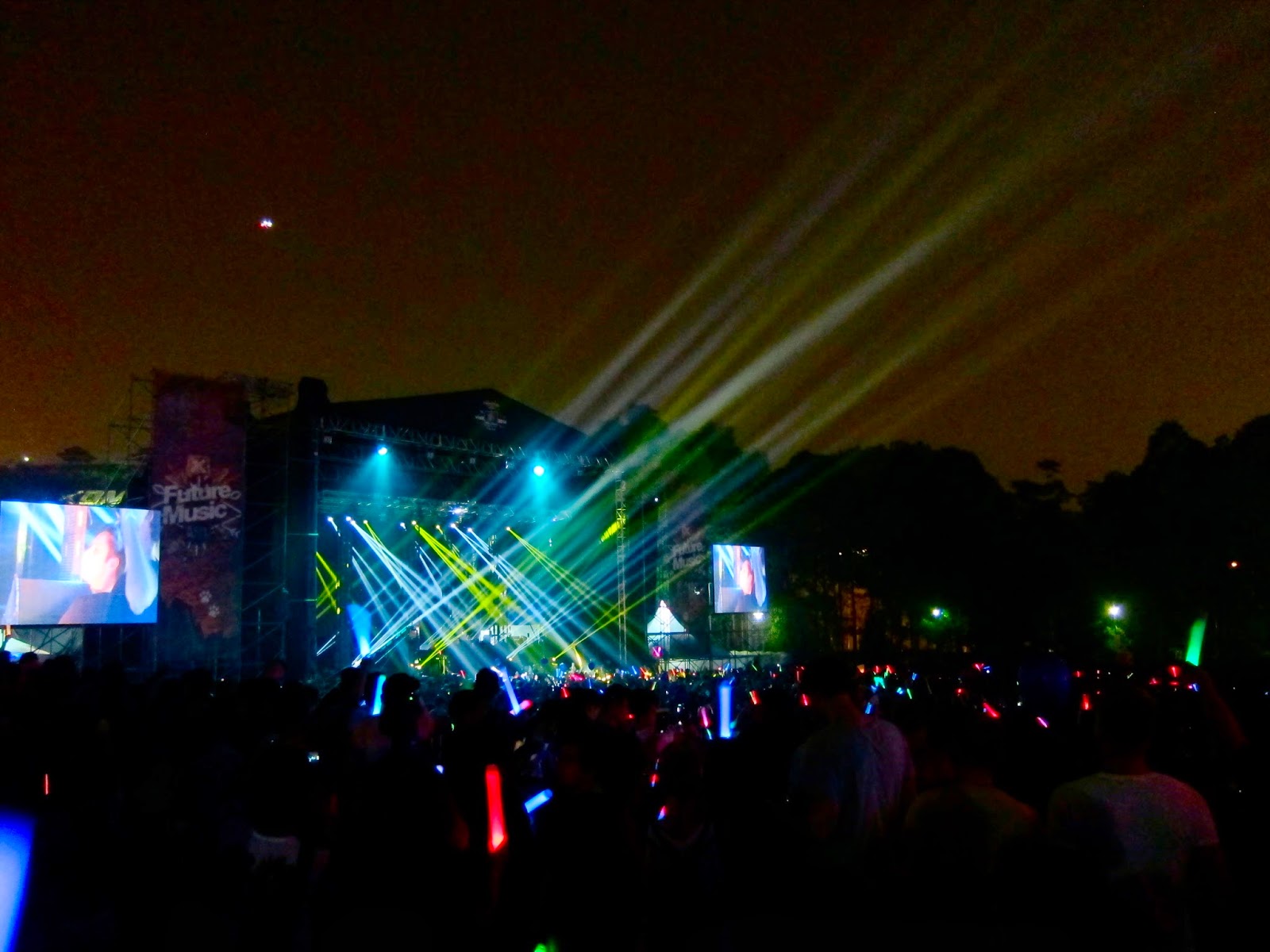 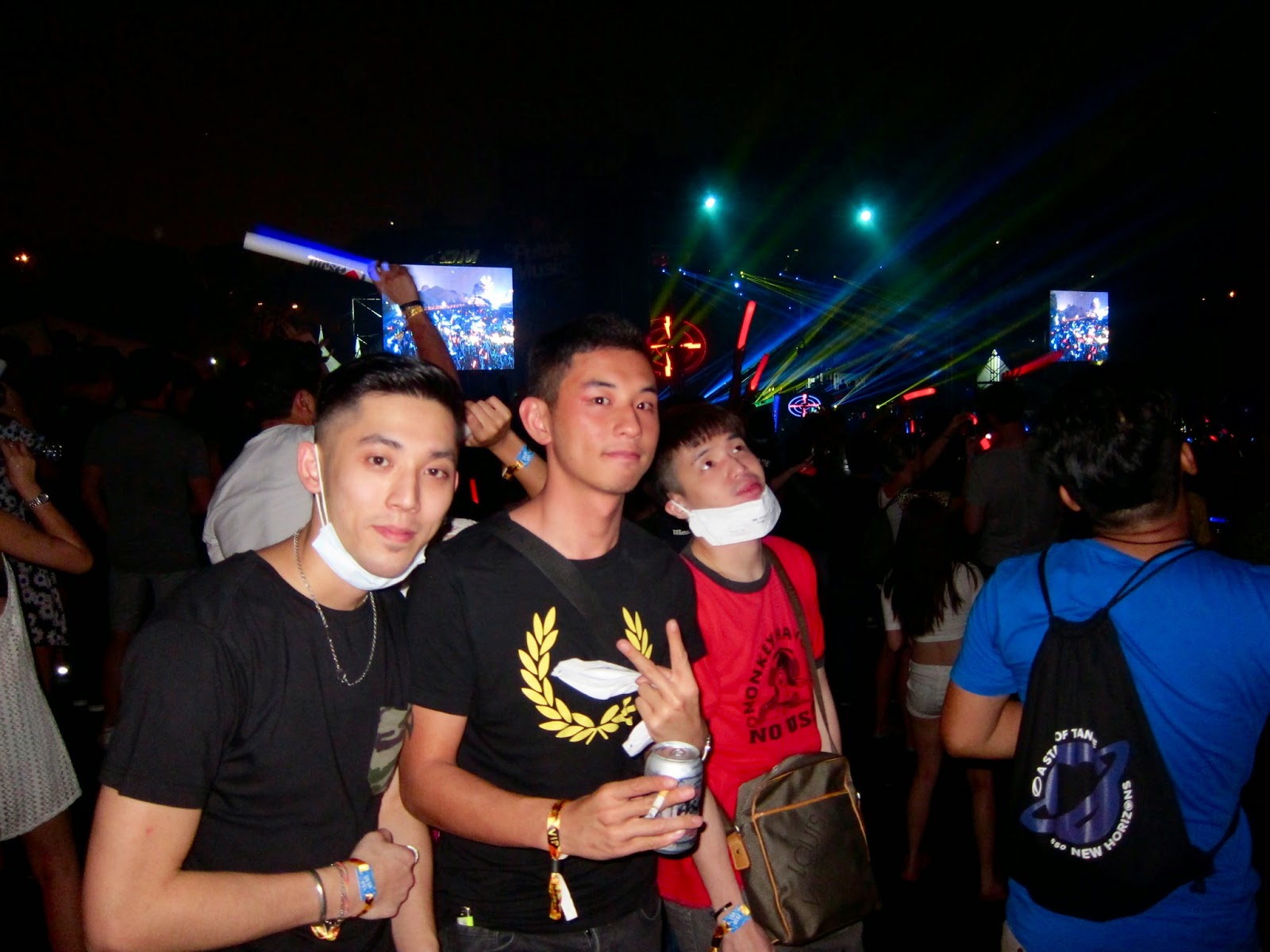 It was so hazy, we tried raving with masks on but it got too stuffy to even breath with them on.

Asahi beer for everyone!
I actually love Asahi, it isn't bitter to me like normal beers and it is very smooth ;) 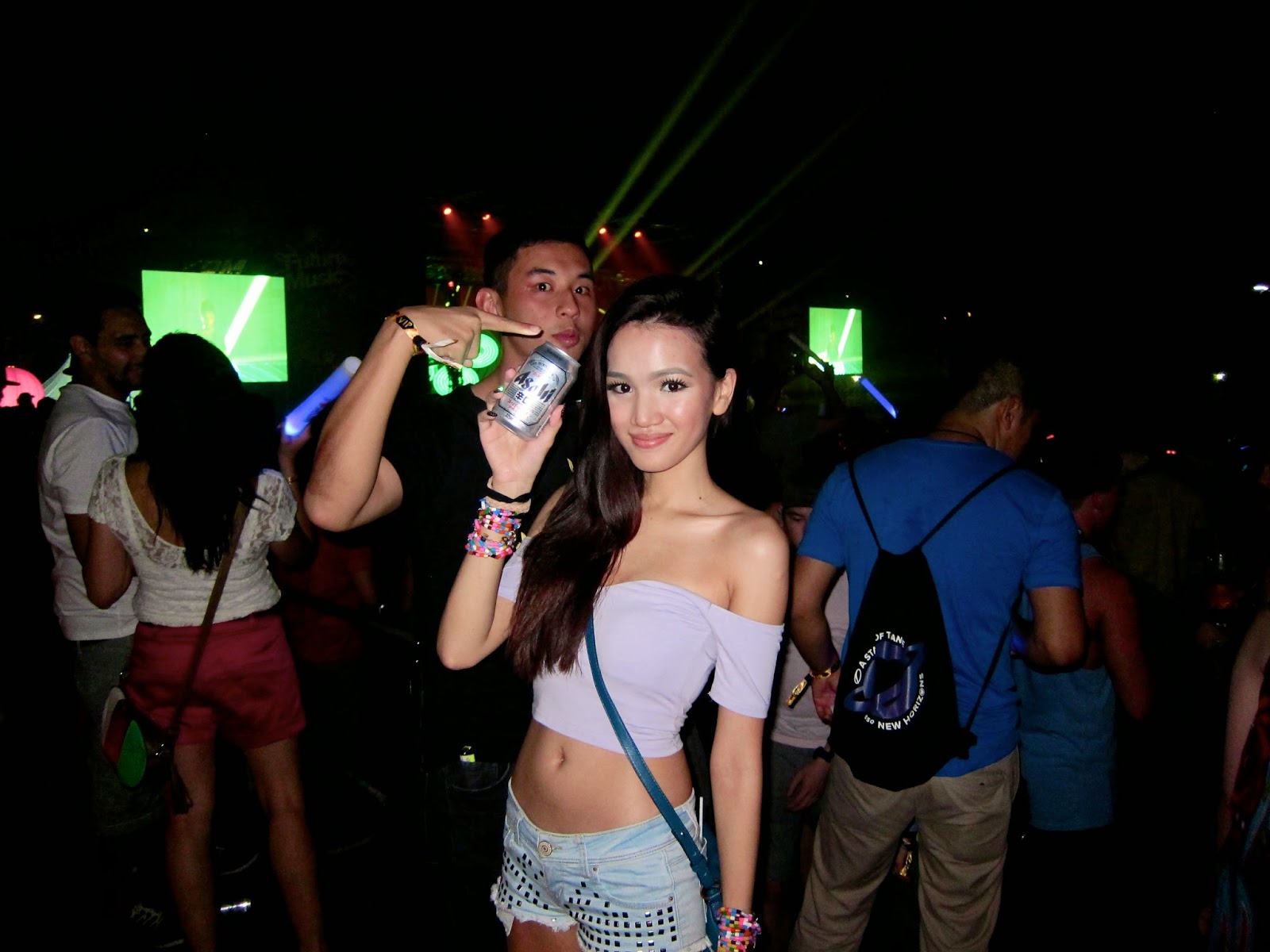 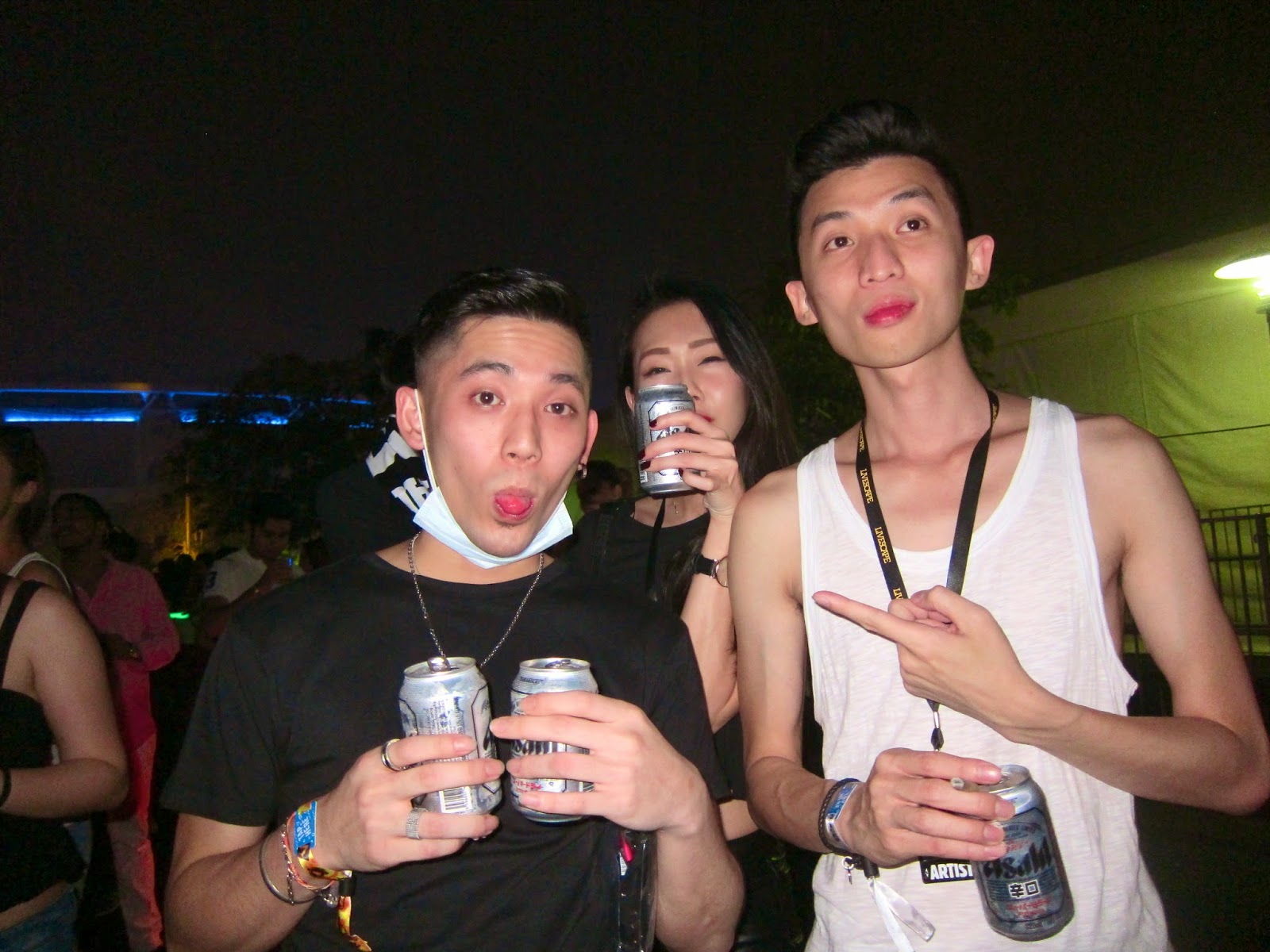 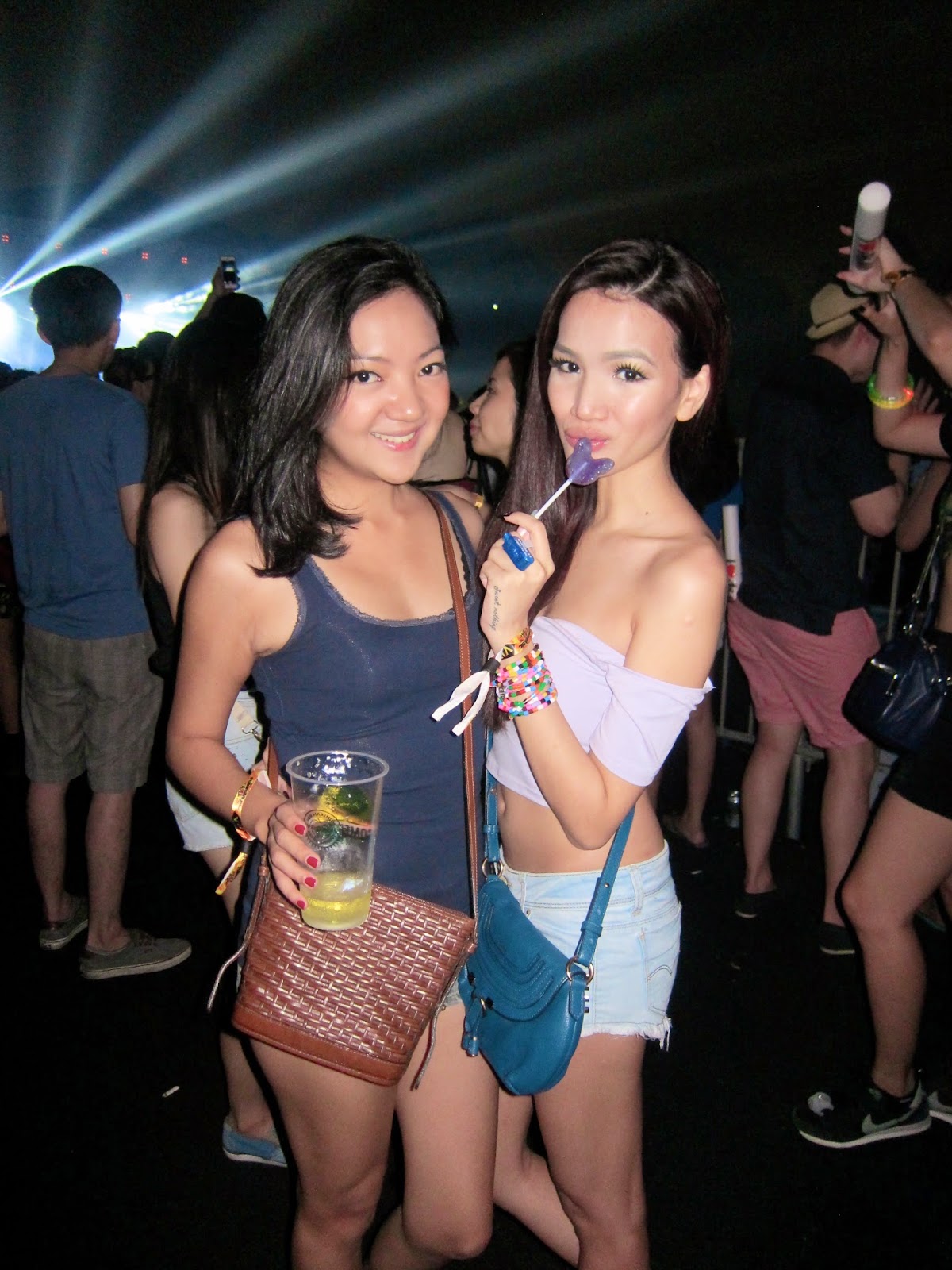 Got my purple lolli from a booth nearby. I love FMFA as it incorporates a fun fair like theme, where you get to sit on rides, play games, listen and dance to music, eat and chill with your friends. 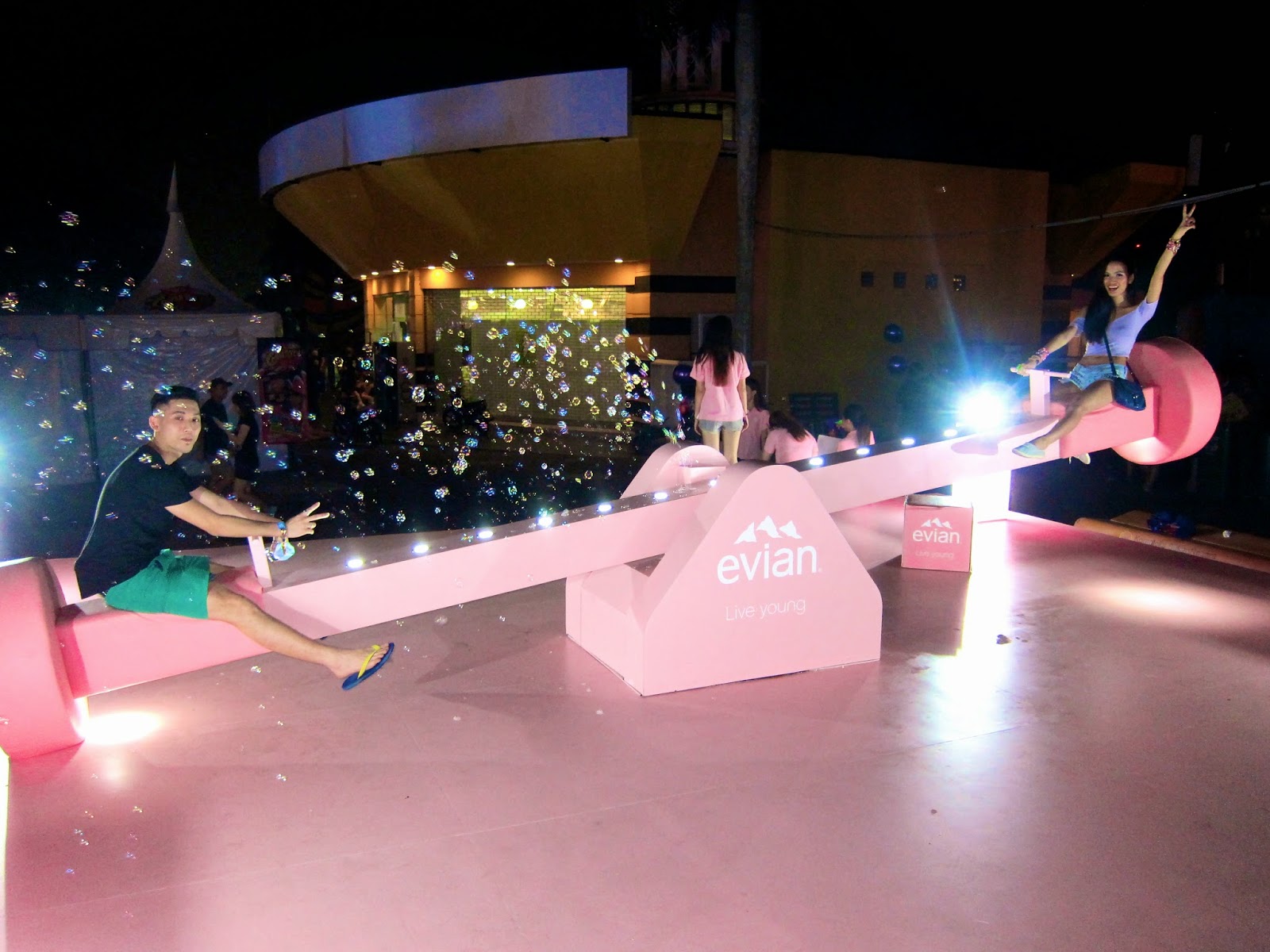 We then went to the Evian booth and sat on the giant seesaw during Deadmau5's set.
He wasn't as good as few years back when I went for his set at Sunway Lagoon. Giant Seesaw and Ferris Wheel, it felt so whimsical ♡ 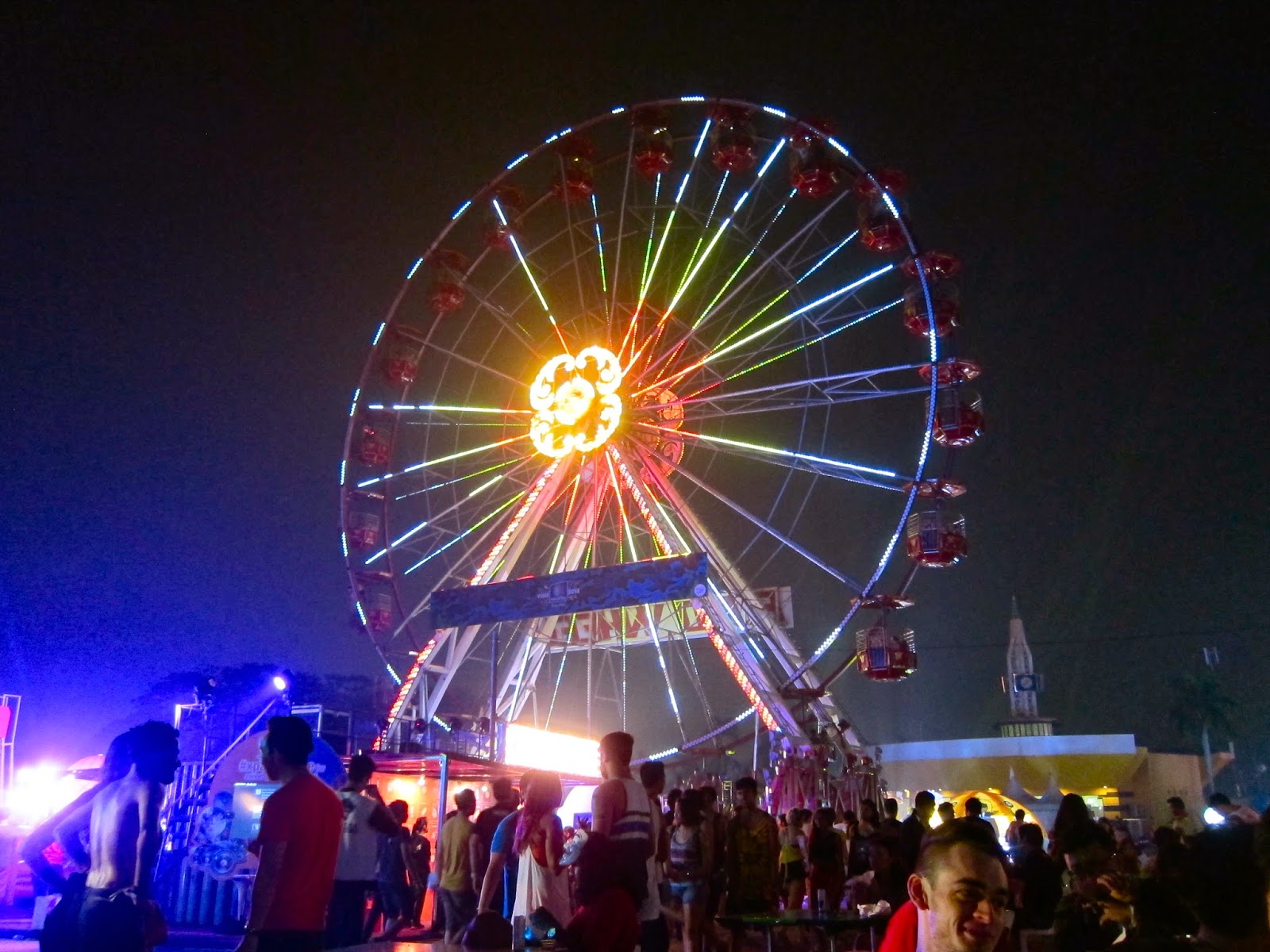 Well that summed up our Day 1# at FMFA, it was a pretty chilled one as it was a Thursday after all and we thought we had two more days ahead of us. Me being super stoked for the third day wanted to save up all my energy for the last day. 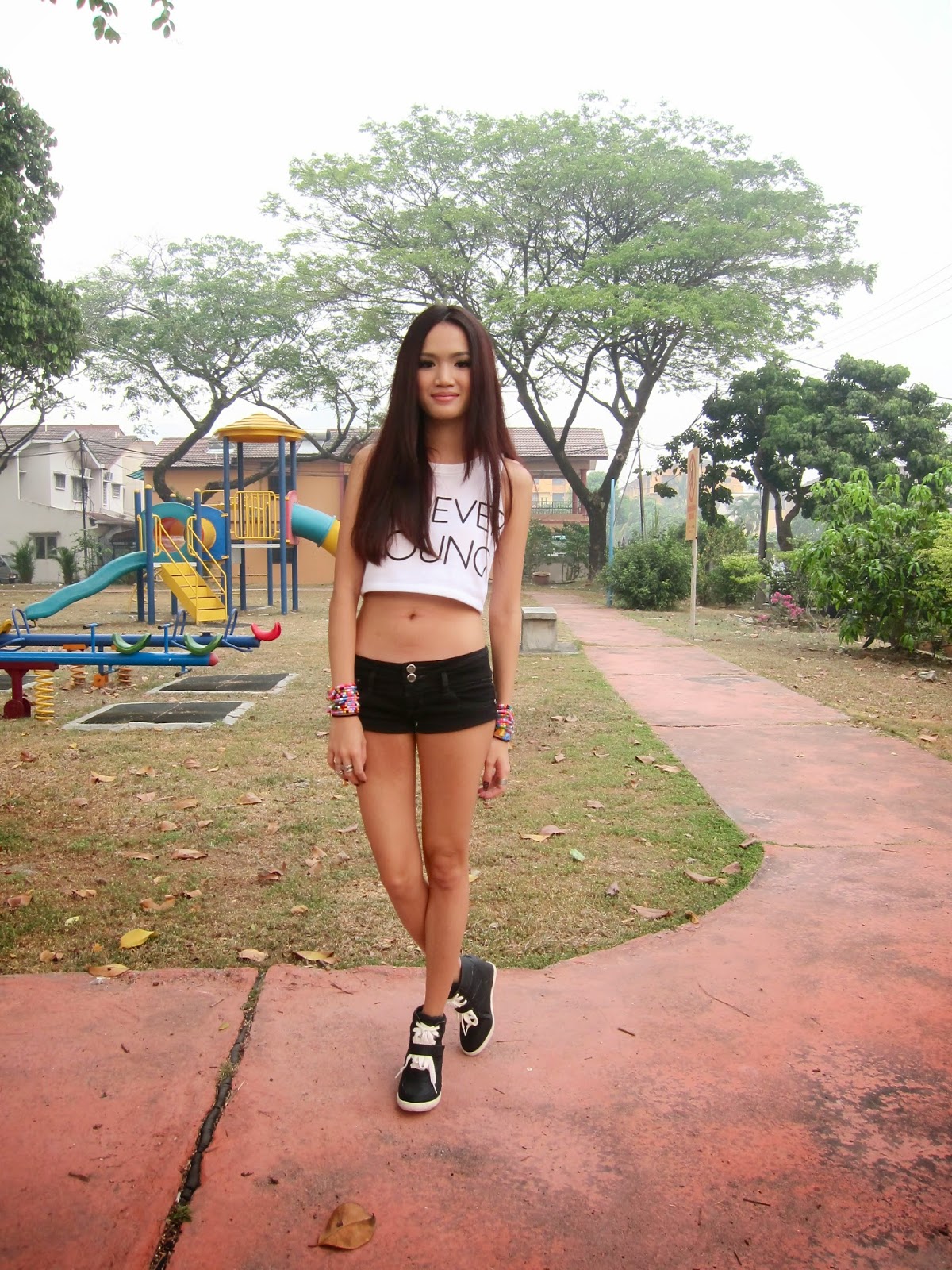 I seriously had no idea what to wear for the second day as my other outfit was a bit too much for Malaysia? I would totally have worn it if I was in another country like, Australia haha.

Anyways a simple cropped top which I got from Bangkok and sneaker wedges so I won't have to tip toe when Andrew Rayel starts playing hah!

For the first time ever, we reached before the sunset.
Had a quick bite at the stalls at FMFA grounds. 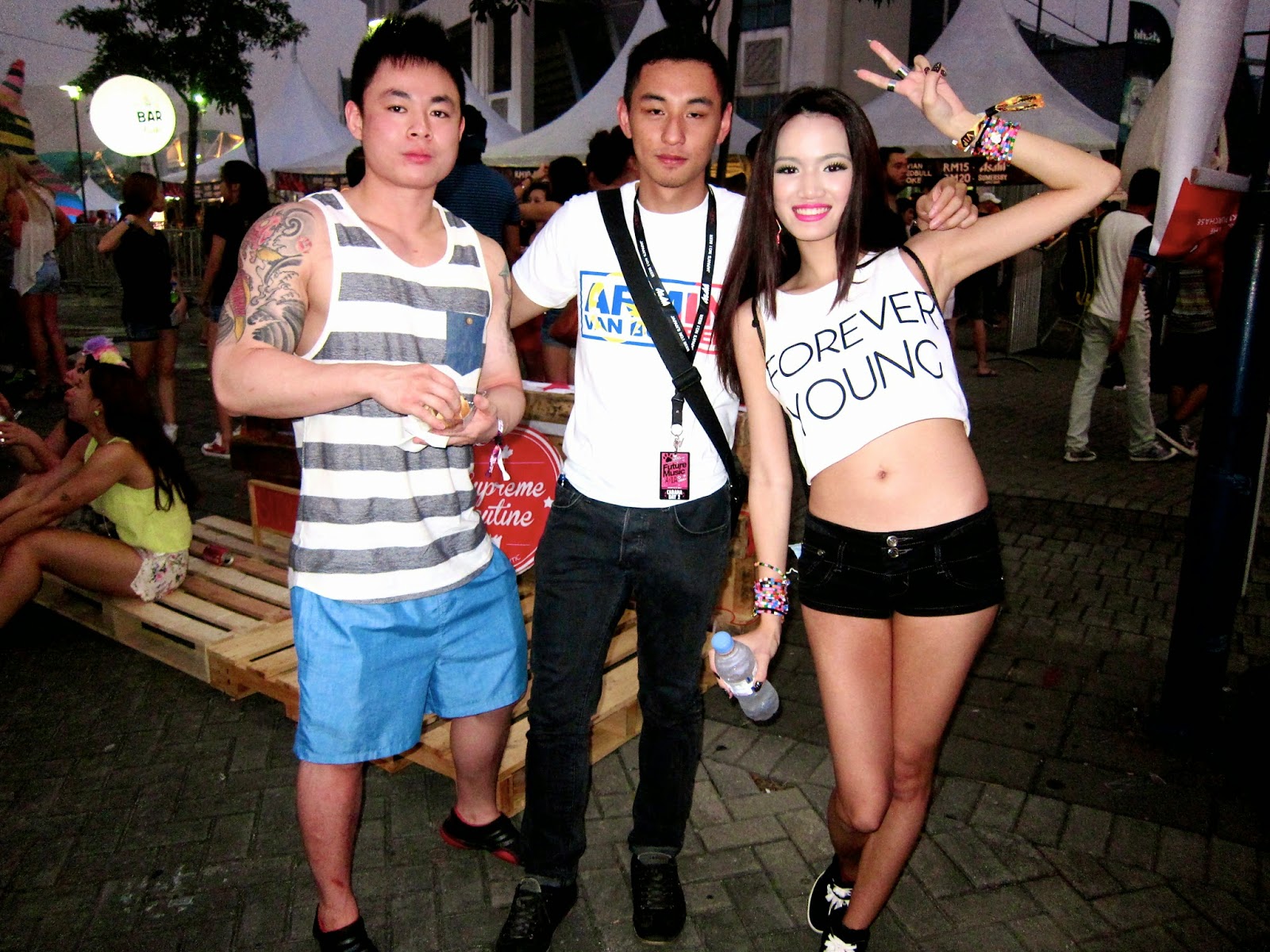 Mark, Daryl and I. 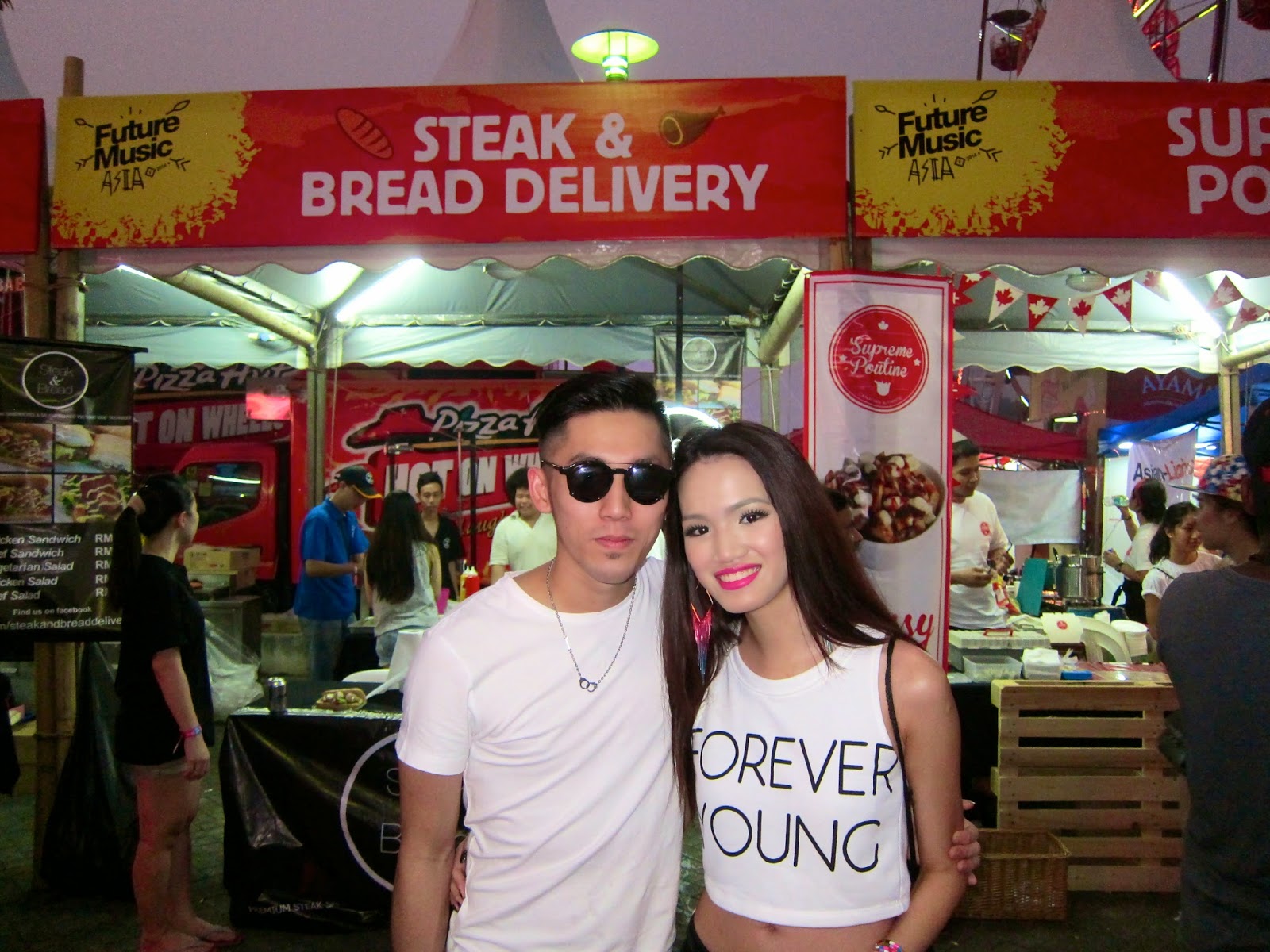 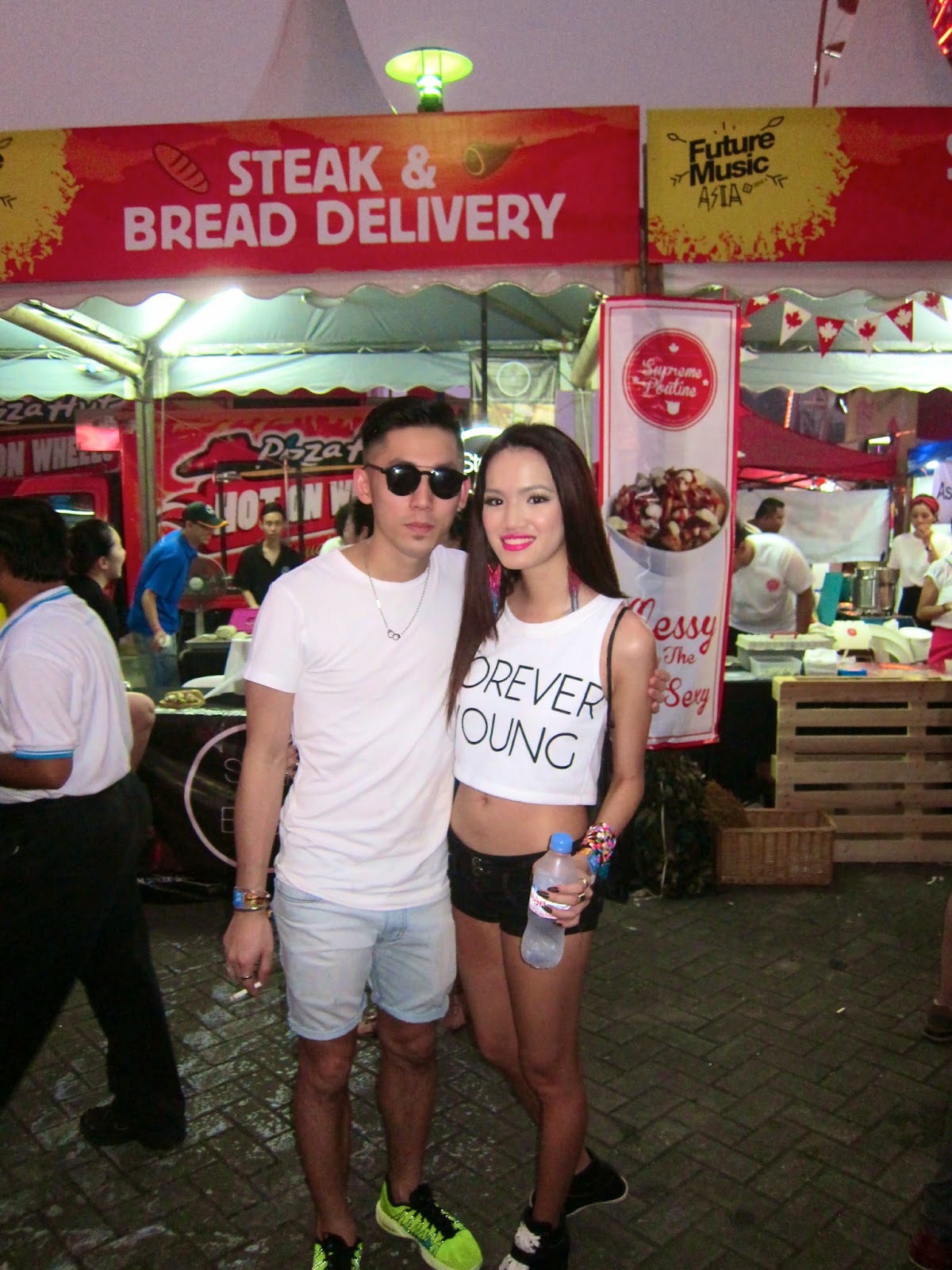 The boyfriend and I.

I think we spent about RM100 on water for both days but seriously, you can't stinge on things like this. Health over money anytime and RM10 for a bottle of Evian is not that expensive really, but RM10 in a rave, for a bottled water can be quite pricey to some so maybe next time serve different choices of water? 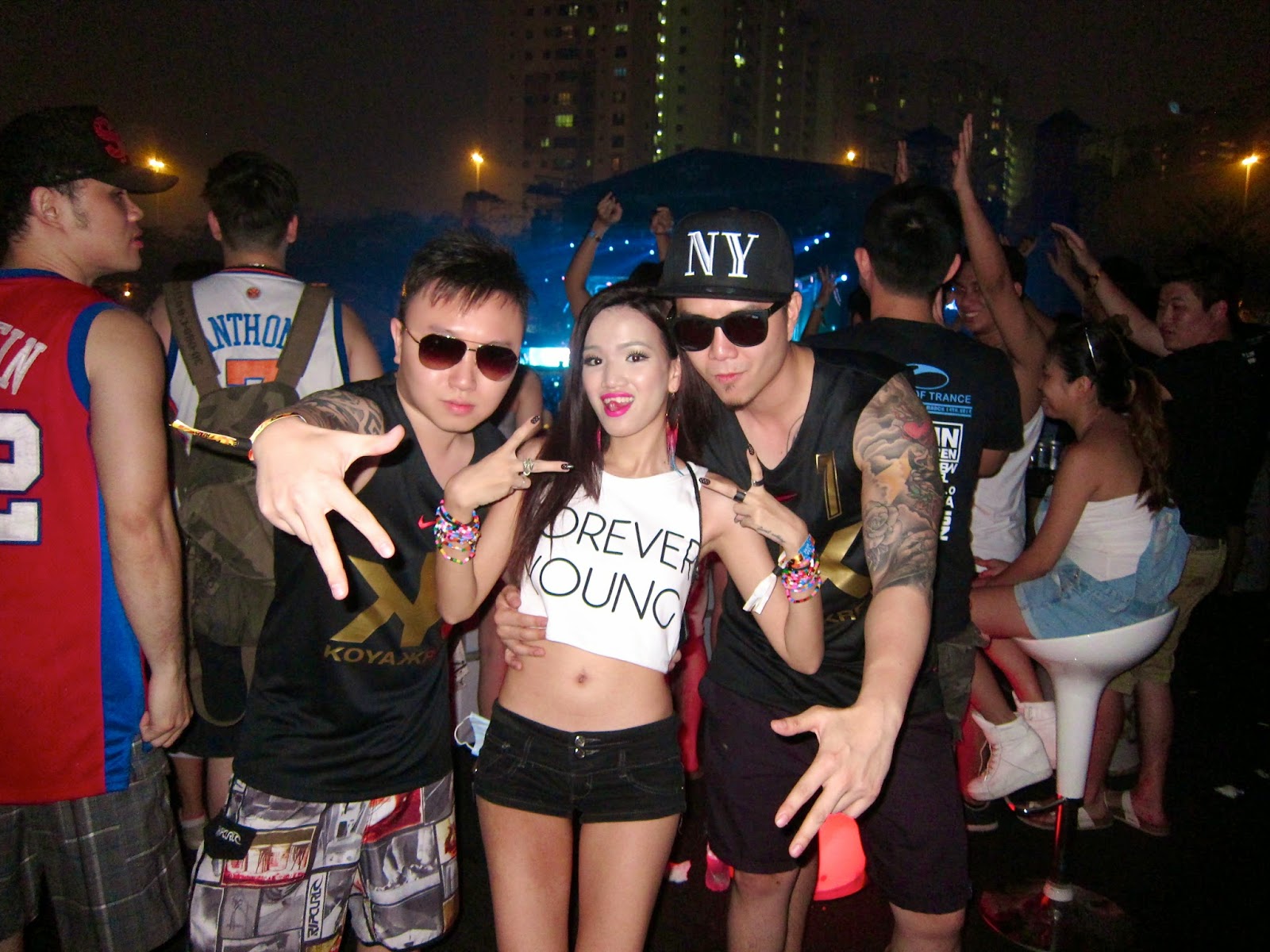 Kent, myself and Alex.

The crowd was really hyped up for A State Of Trance.
Episode 650 Malaysia, not bad two years in a row. 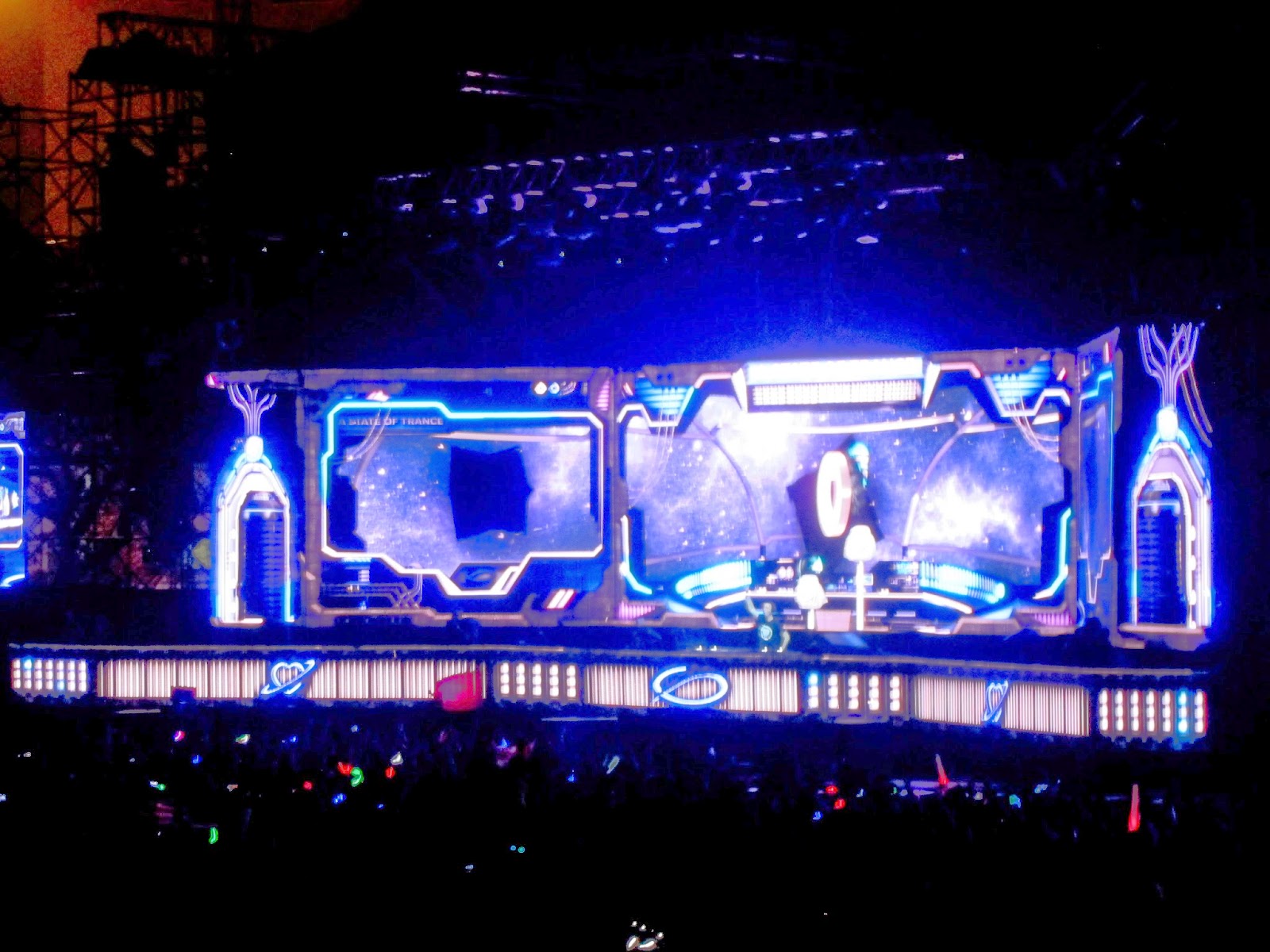 For some reason the line-up was switched when Andrew played before Omnia which wa supposed the be the other way round, luckily we were there early for both sets. 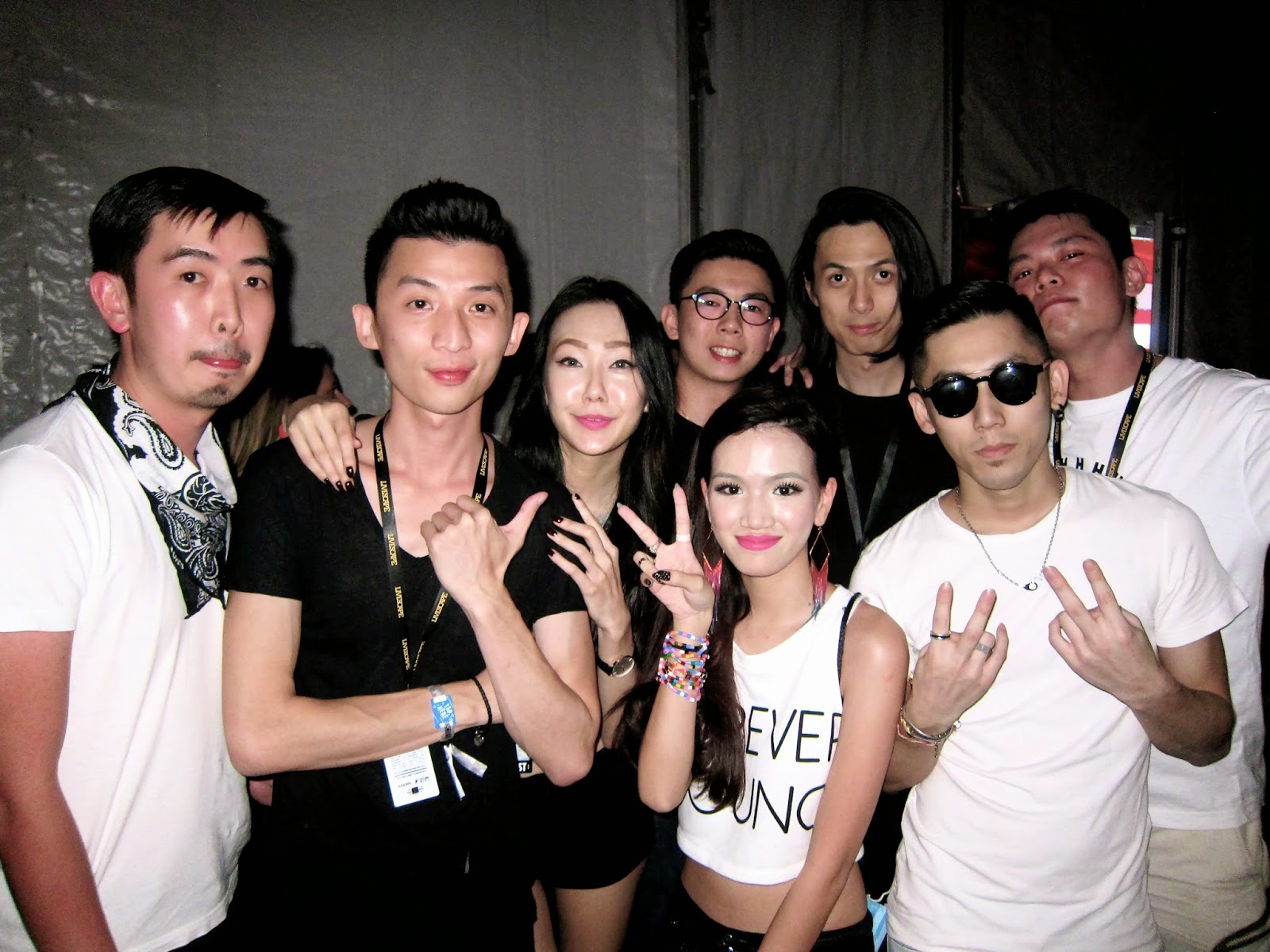 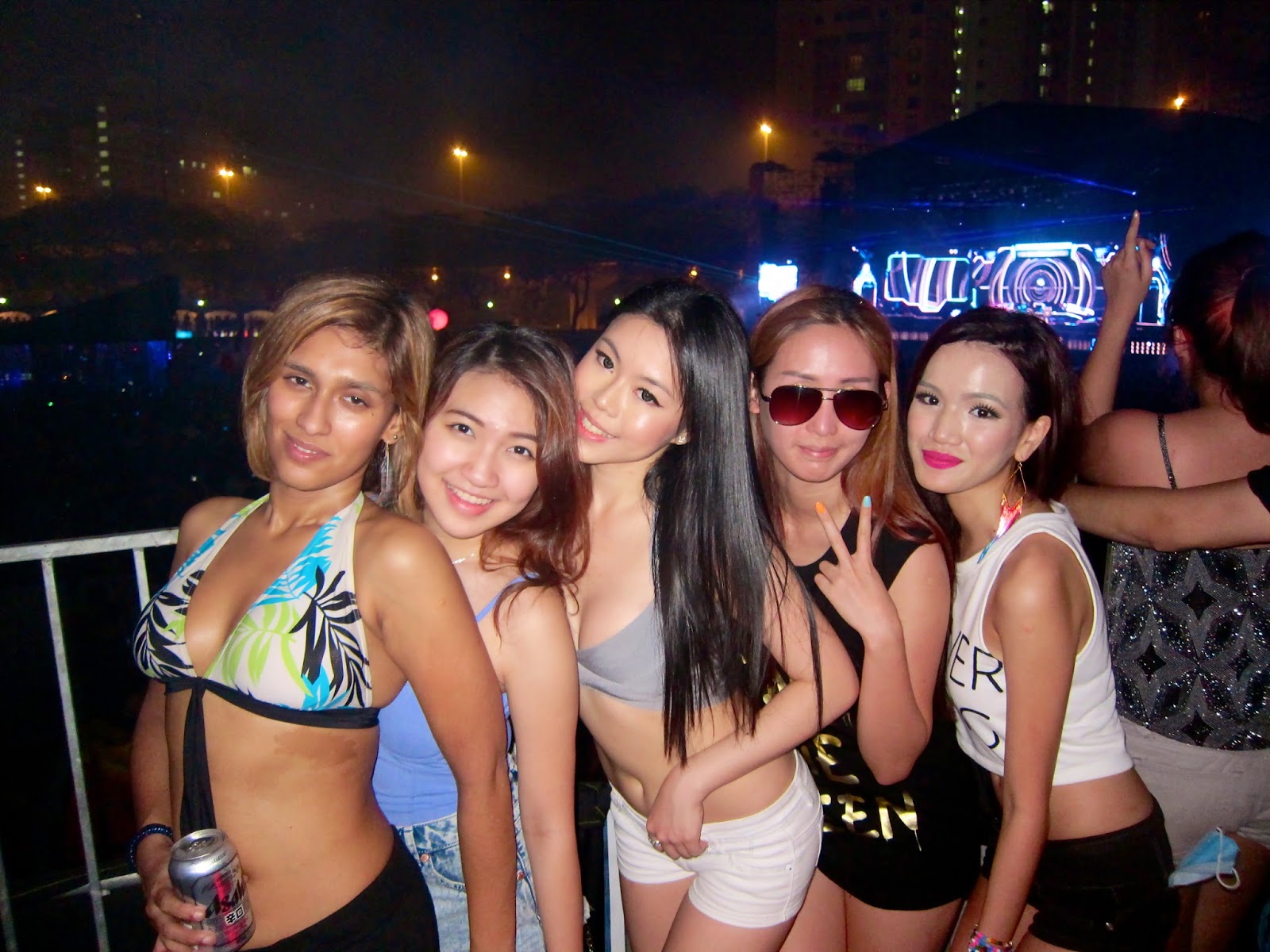 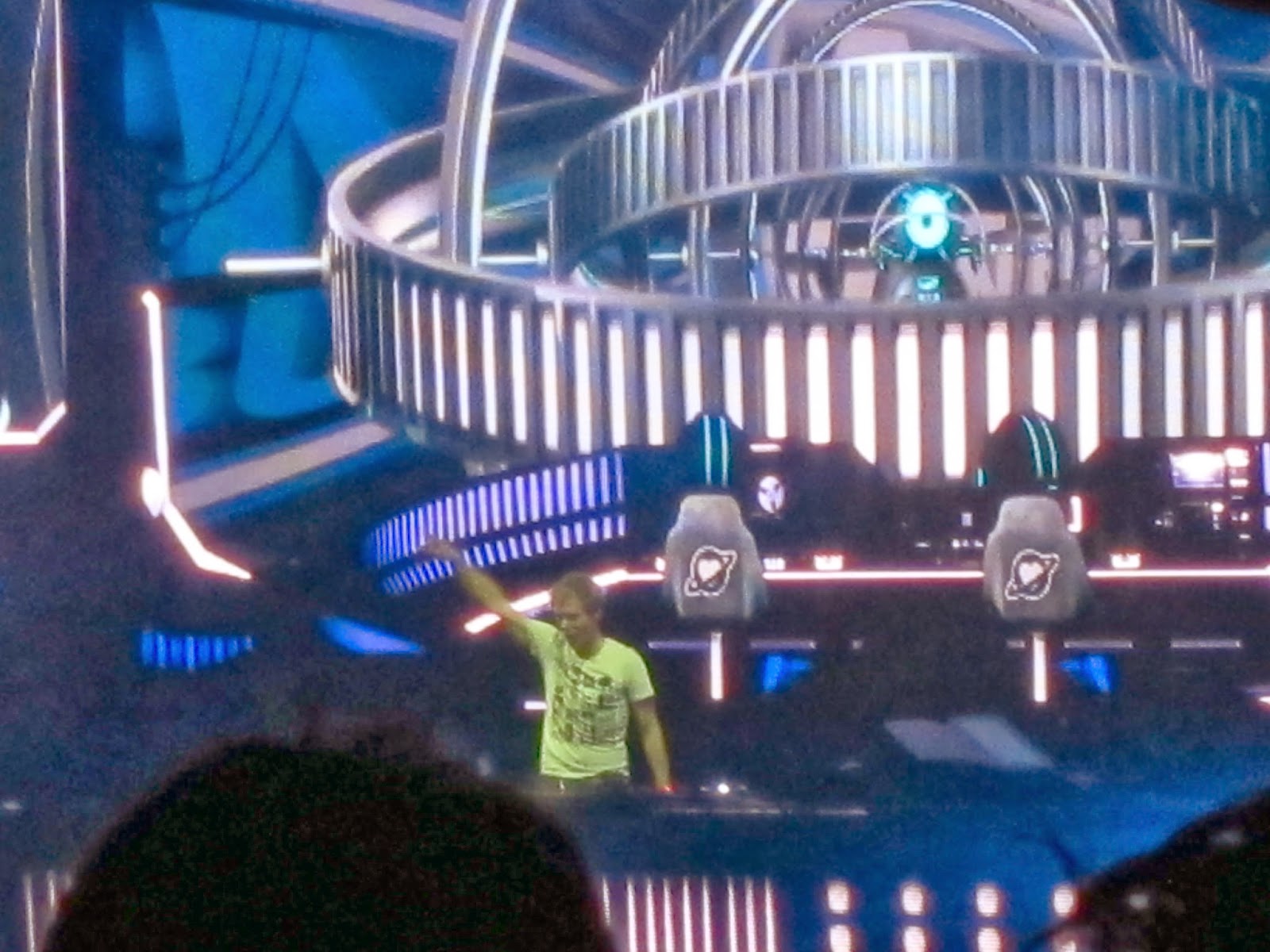 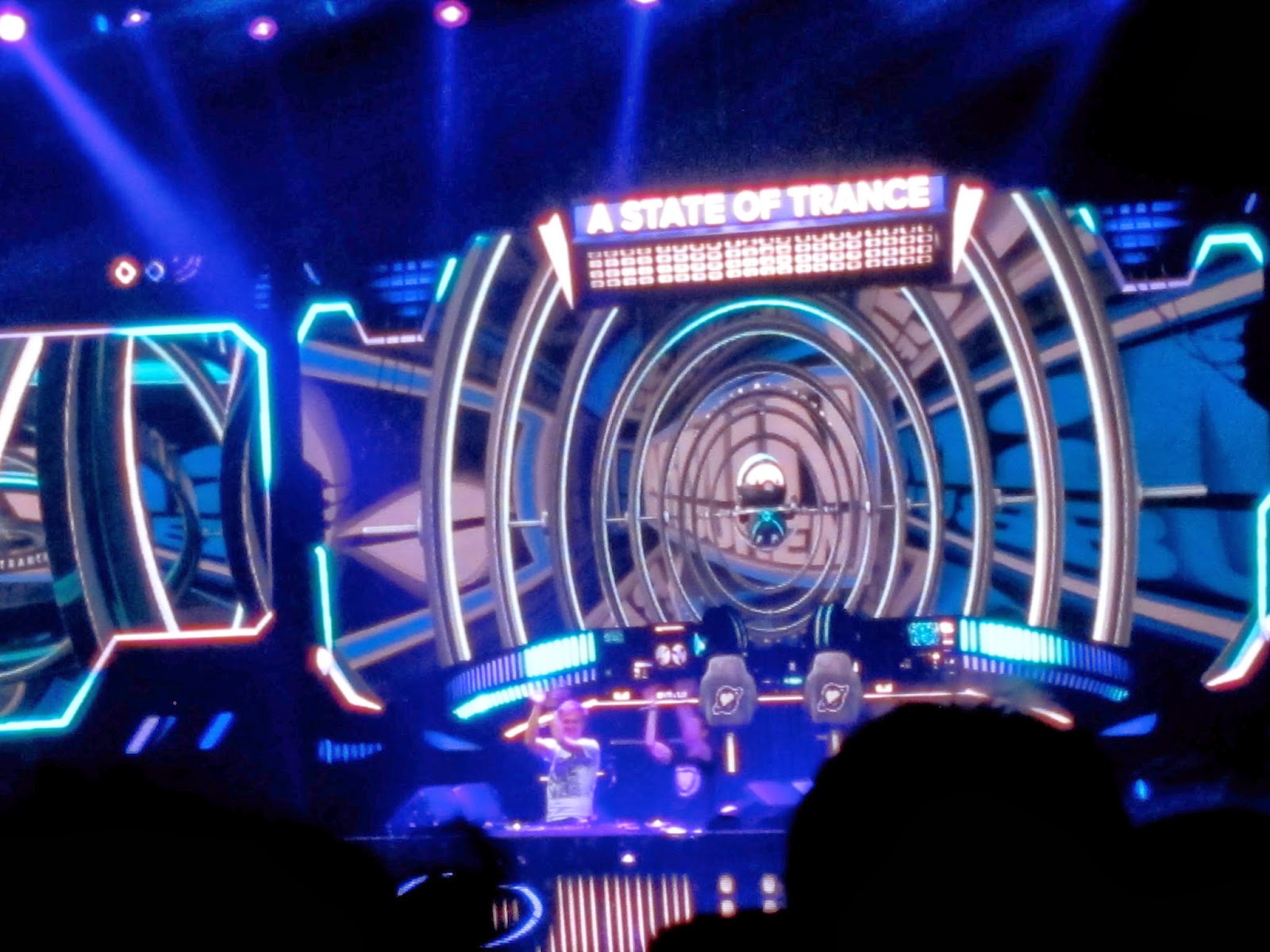 The crowd went wild, it was massive! From the VIP deck I could see that it was so packed till the back. More than the first day, it was crazy good. 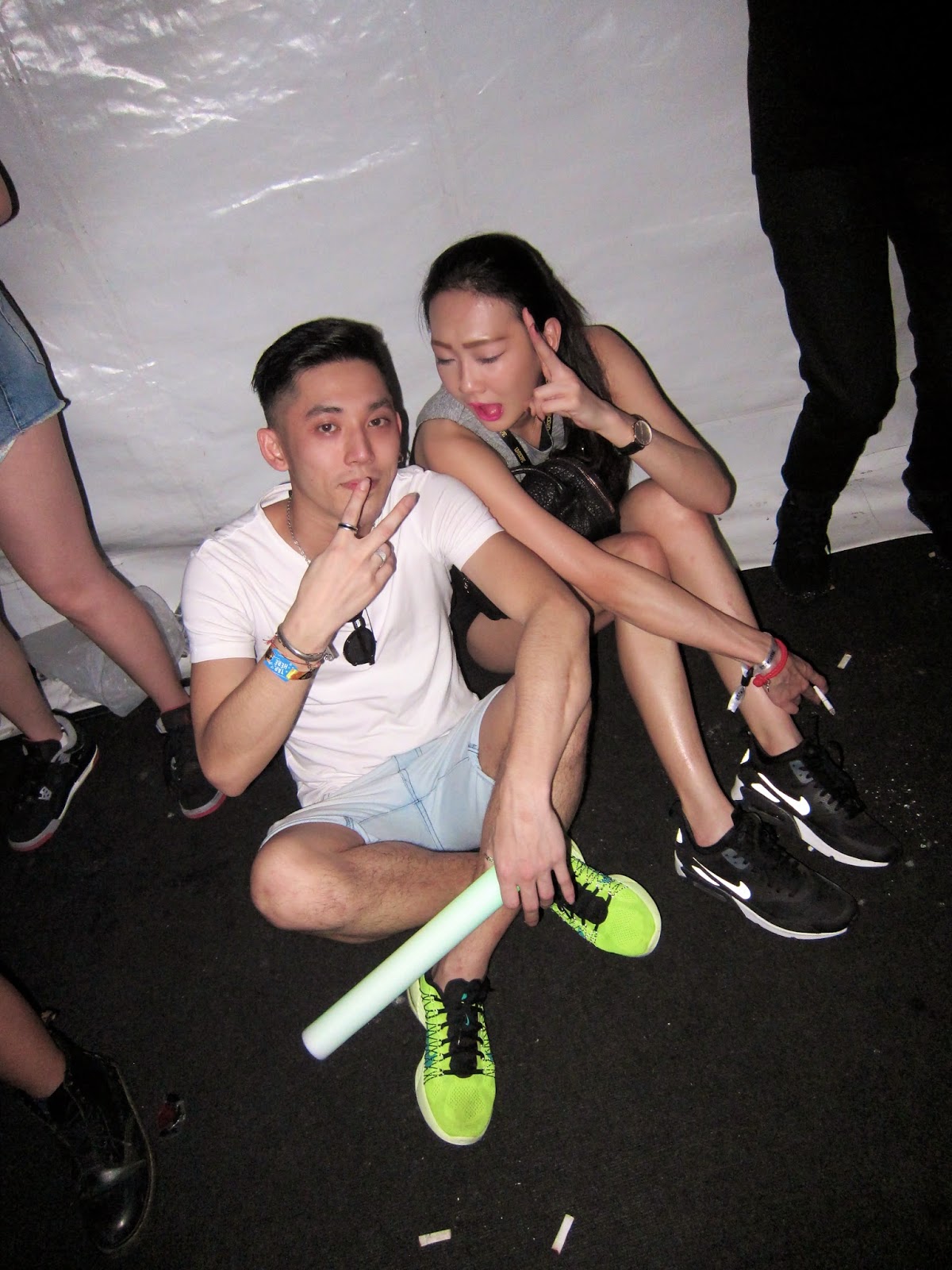 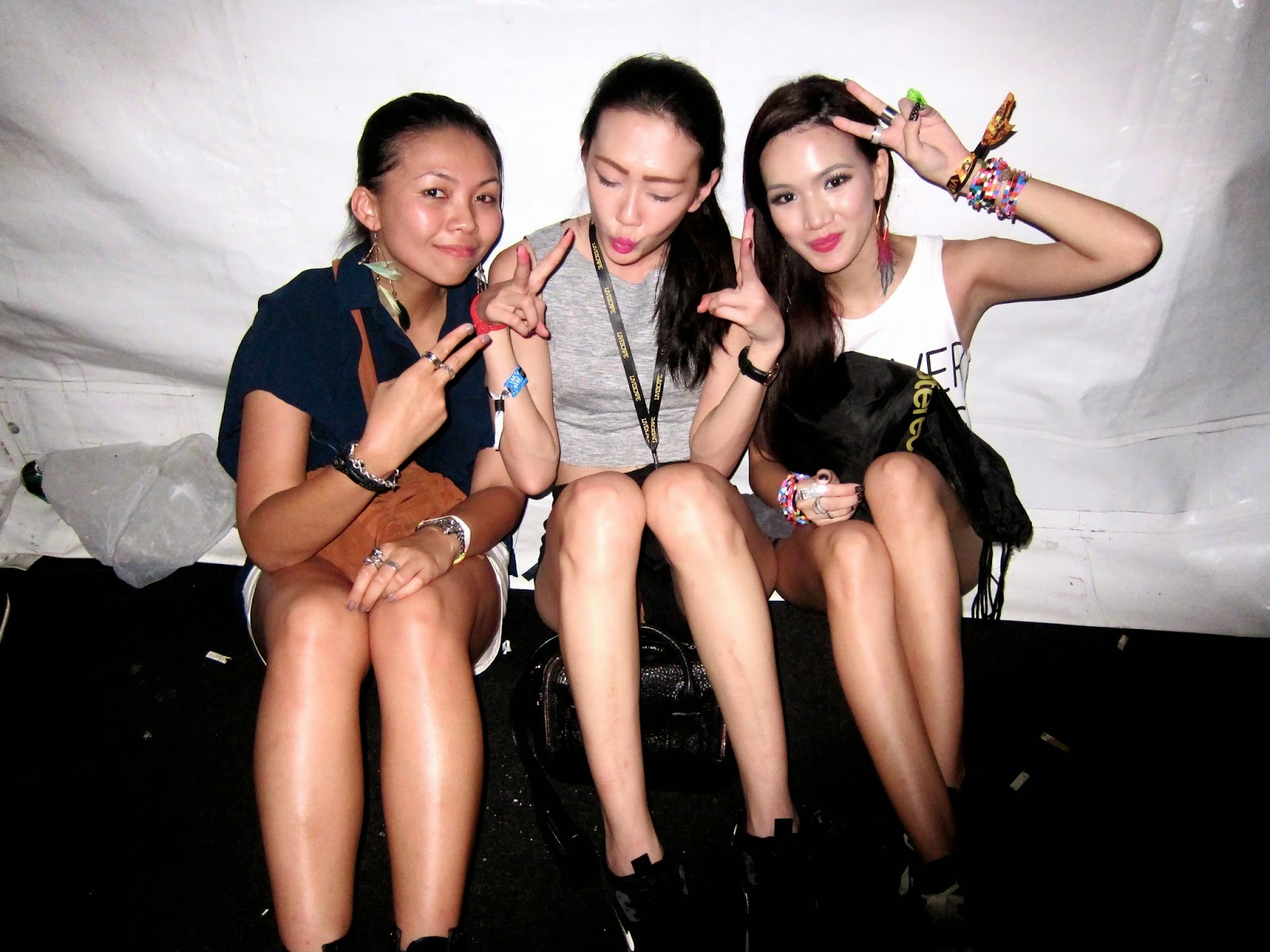 Our legs were killing us , we were 7 hours in and I really couldn't dance let alone stand any longer. I don't know how people do it at festivals like EDC or Tomorrowland. CRAZY! haha.

So we ended up chilling inside the VIP tent as the haze wasn't really making anything better, thank god for the aircond! woooo.

Howie went backstage and guess who he met.. 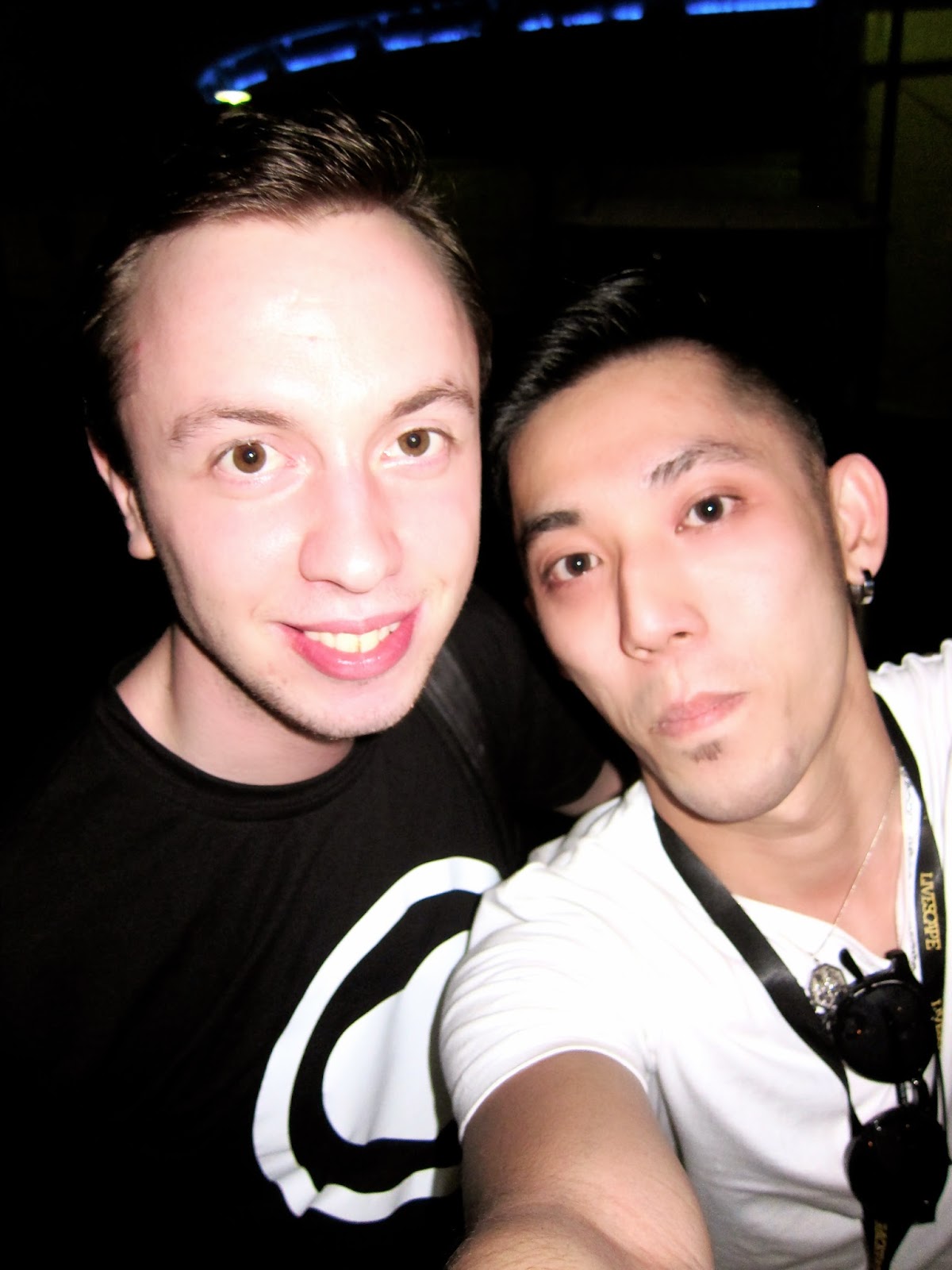 Loved, loved, his set. SO GOOD.

Paul Van Dyk was the closing act for ASOT650MY. 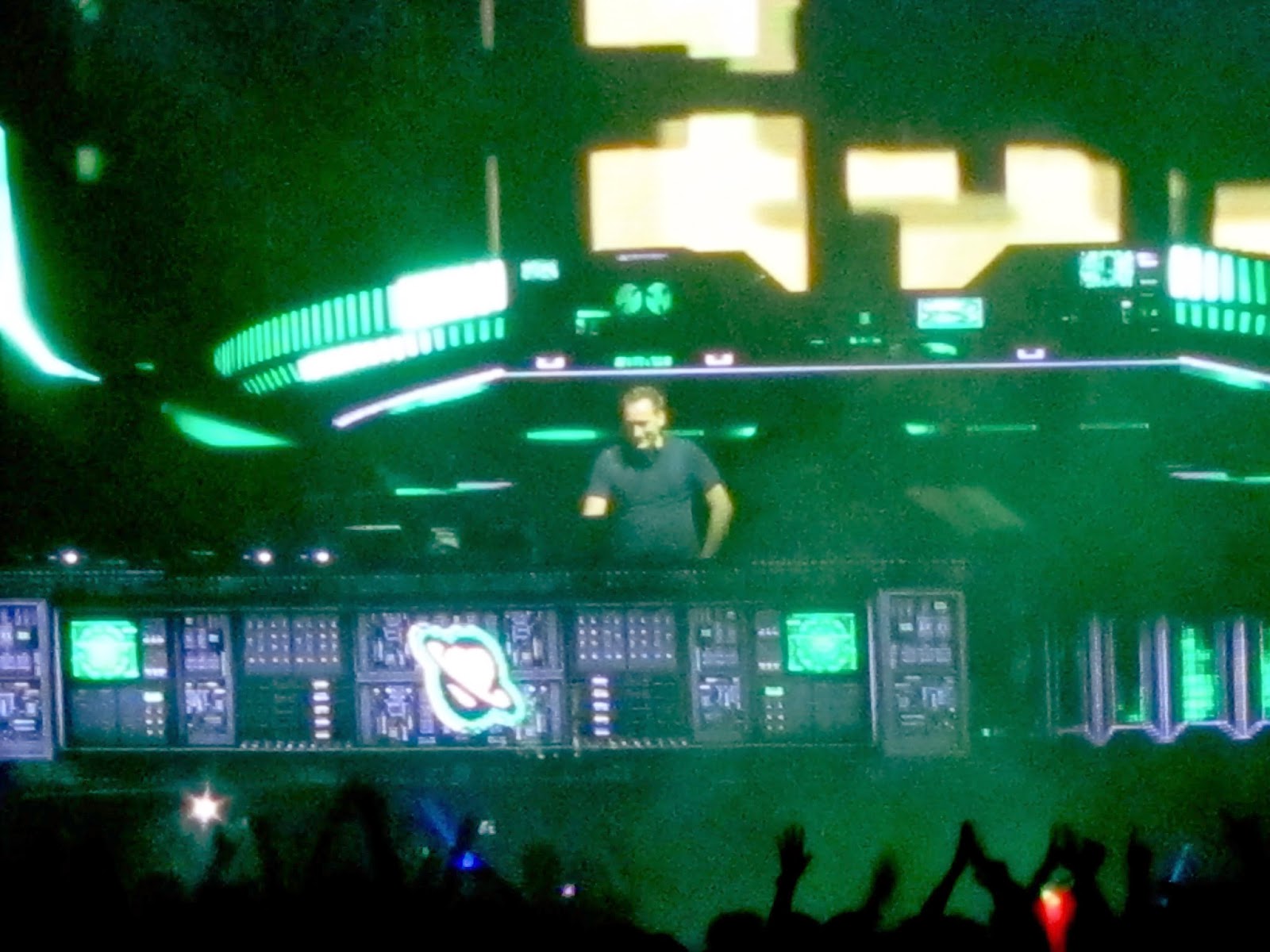 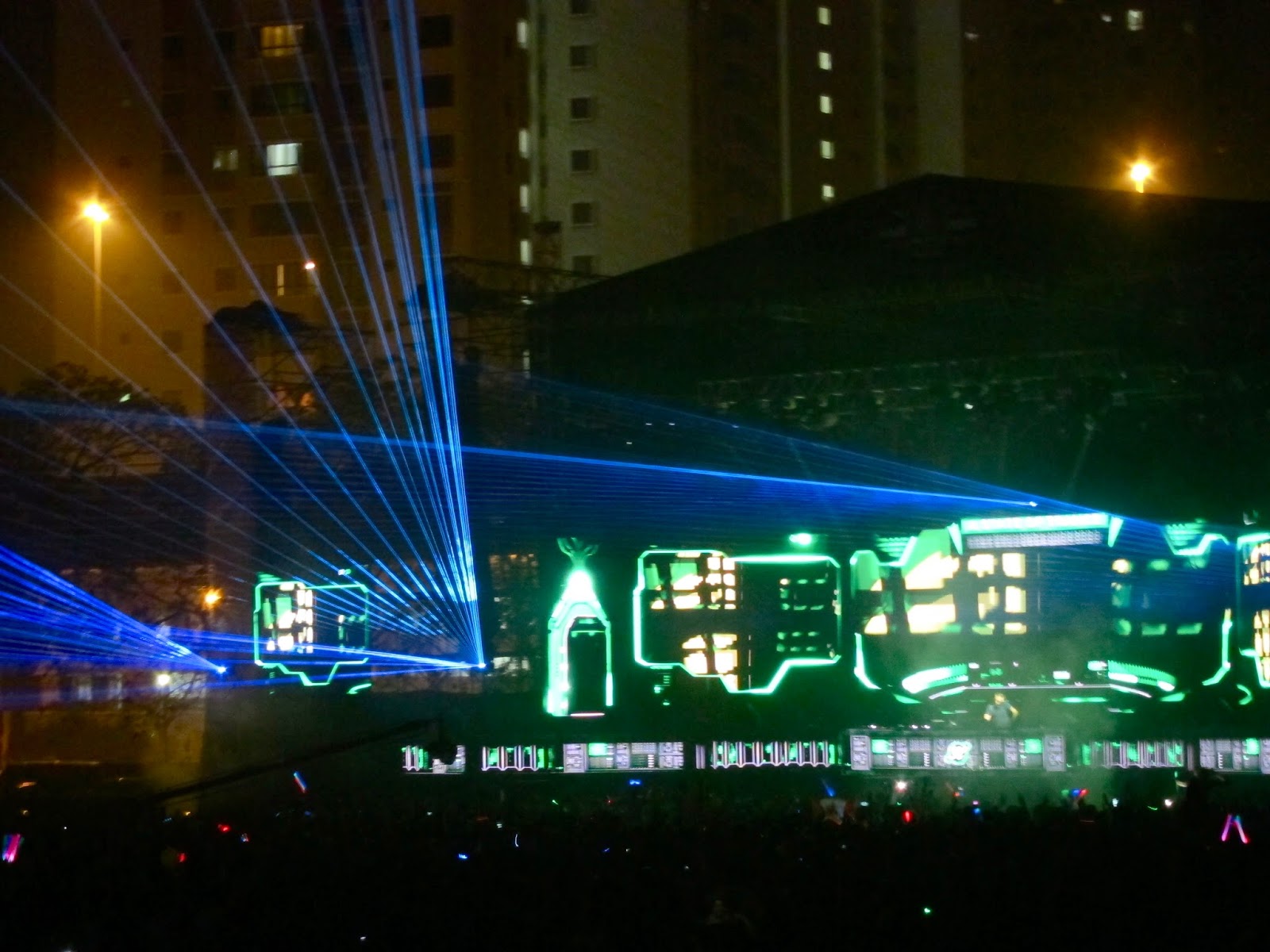 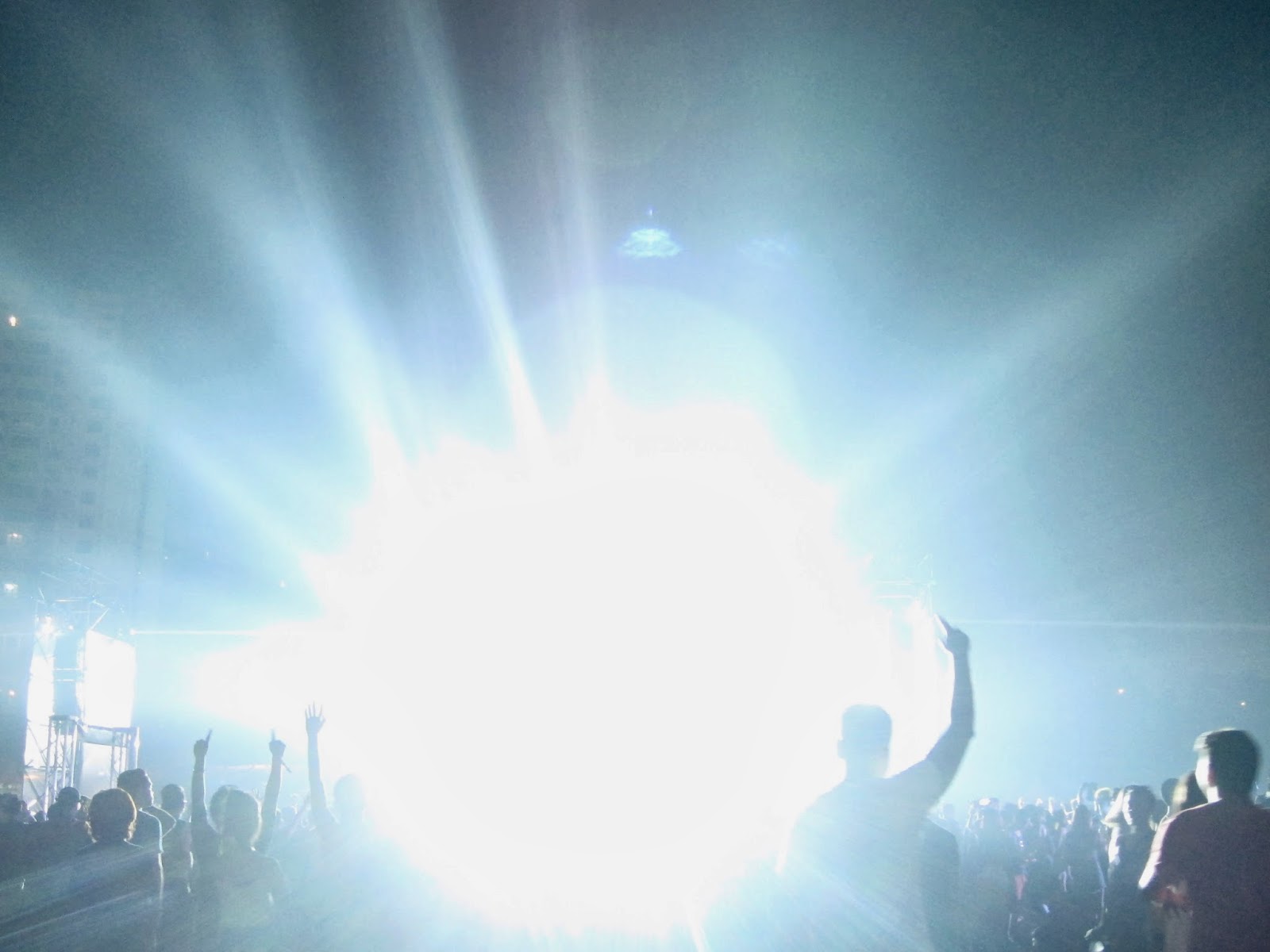 We decided to walk down to the crowd area.
The atmosphere was definitely better, people singing along, dancing, but I couldn't see the stage haha I was too short compared to the foreigners infront of me!

& the lasers were crayyyy!
I don't think we've ever had lasers like these ever and it didn't look this good from the VIP area. 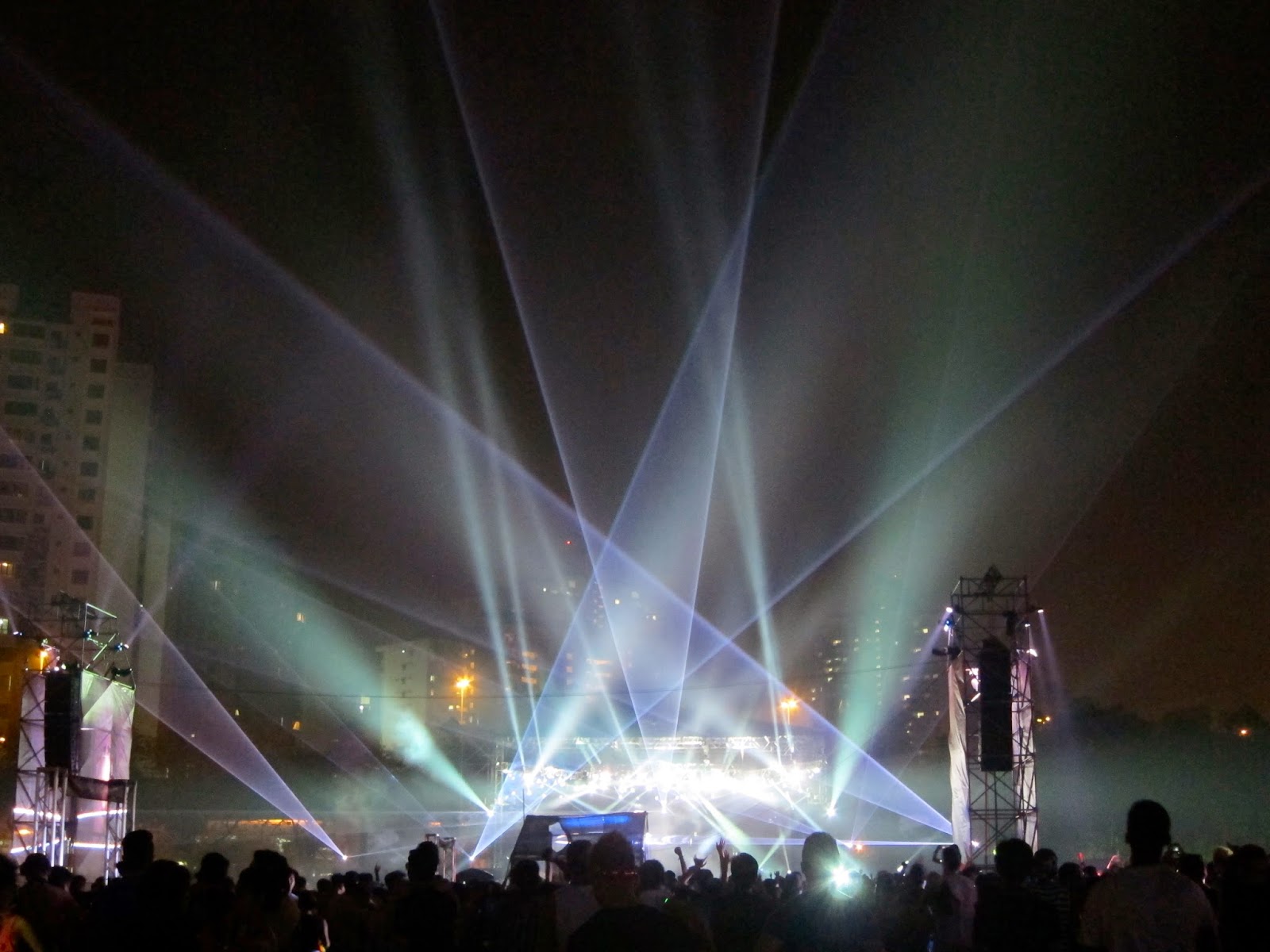 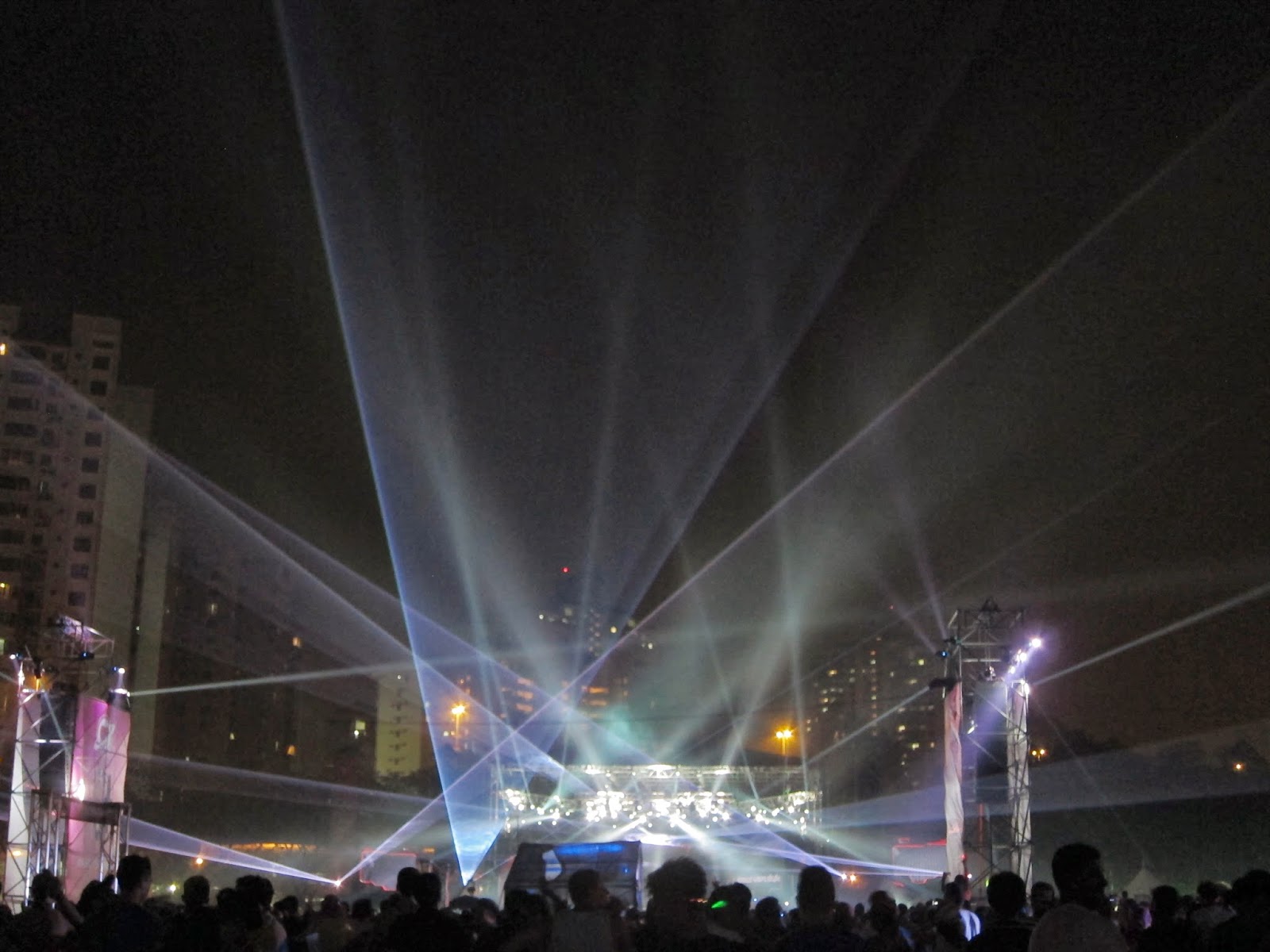 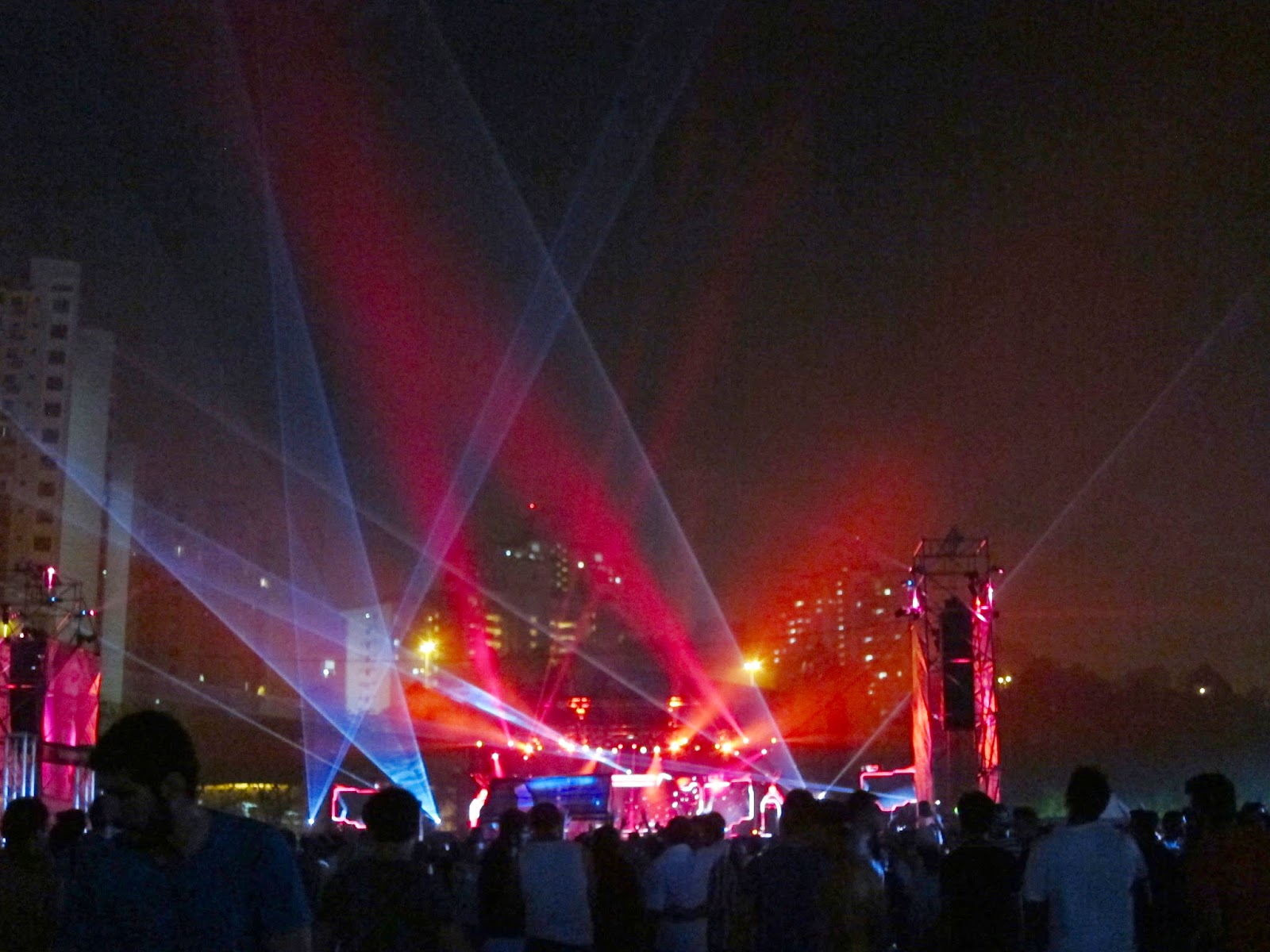 This is not even the best part as it was already ending and these were the only shots I could capture and I think it's pretty darn good as I was way way behind, so far from the stage. ASOT was good, I am no hardcore trance lover but I enjoyed Andrew Rayel & Paul Van Dyk's set.

Little did we know that FMFA would end that night, nevertheless it was a good festival and kudos to the organisers for trying their best, pushing boundaries and flying acts from all around the world to perform here in Malaysia.