We made a spontaneous decision to check out Empire Damansara though we've passed by a few times and there isn't much stores opened right now, but we've heard about this restaurant selling beef noodles & we had to check it out! 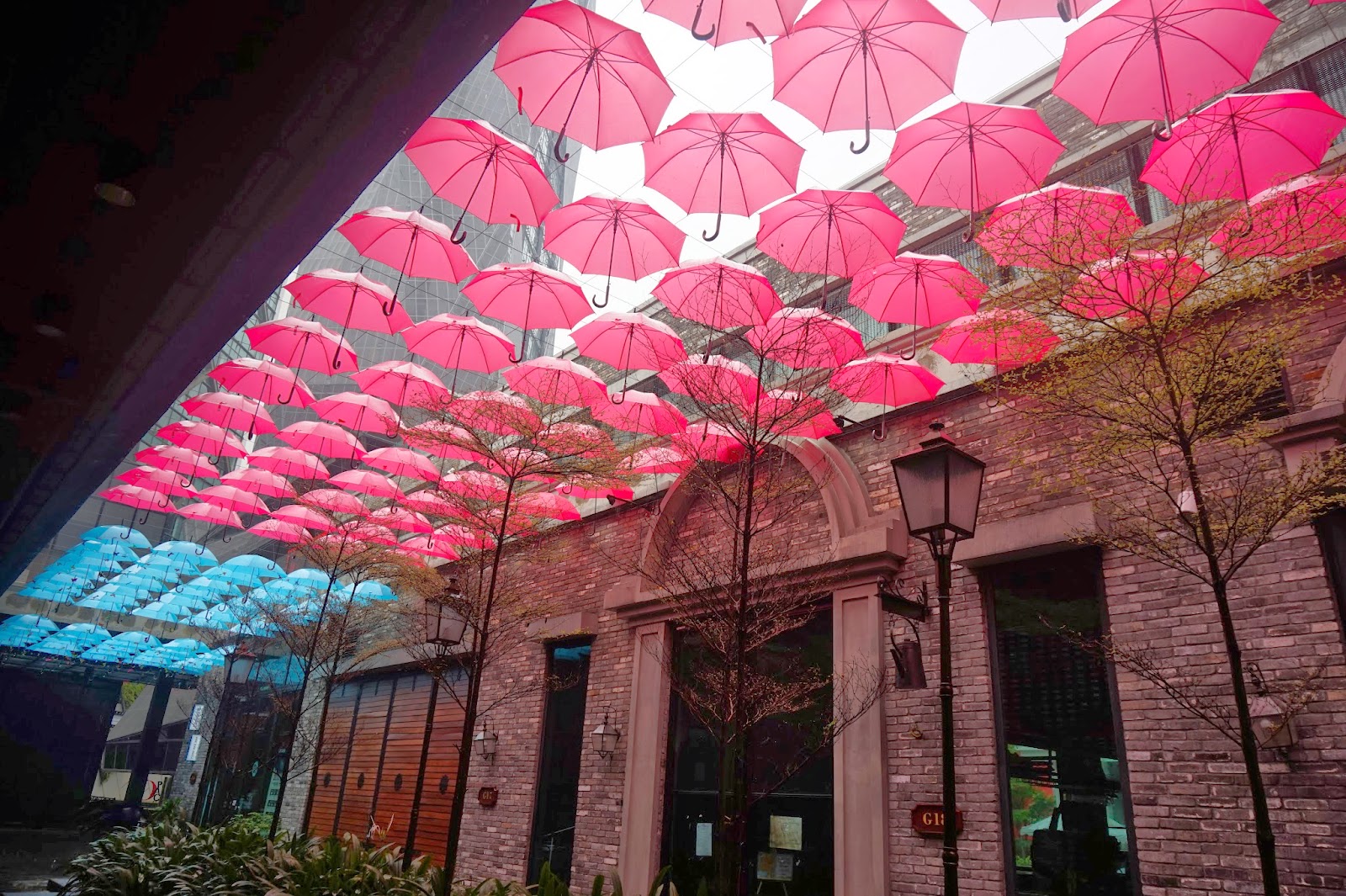 I finally know where everyone's been taking pictures of these umbrellas, so colourful it sets the ambience of the place!

But you know what's the best part?
How gorgeous the place looks, reminds me of Chapel St. Melbourne. Brick walls, and iron fences. It was just too pretty to not take some outfit of the day shots. 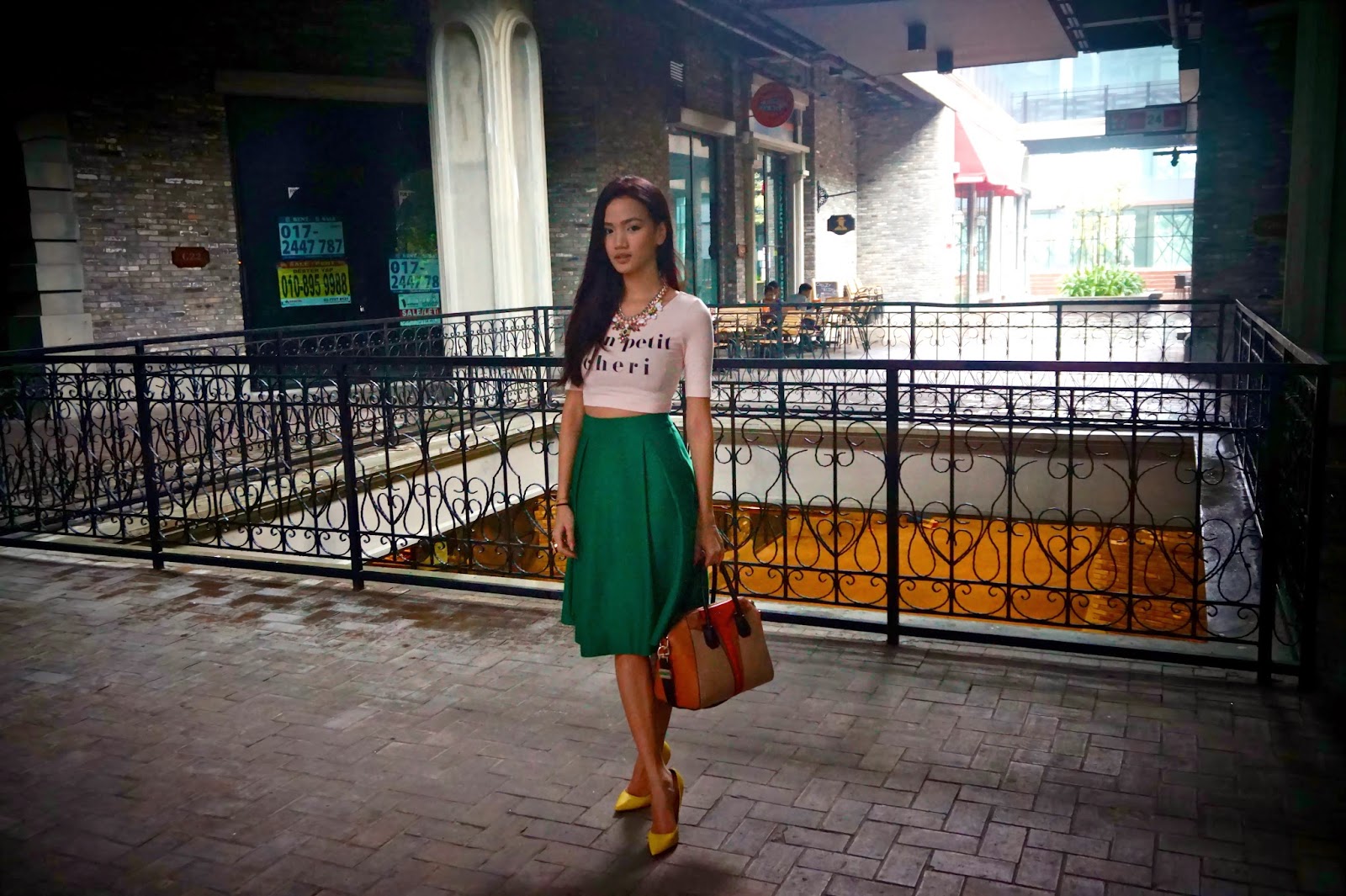 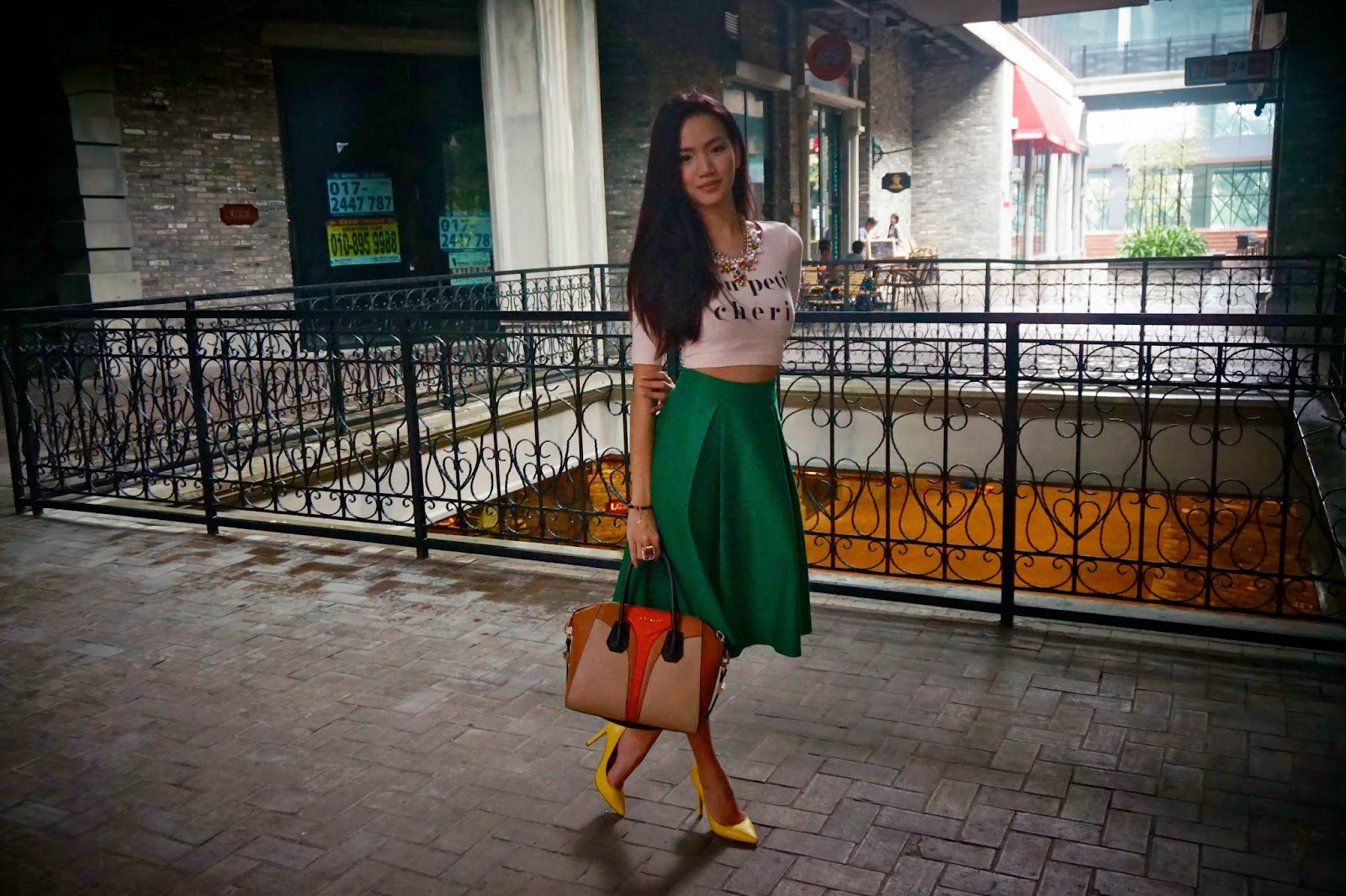 Loving the surrounding thus far even though there were renovations here and there but it's understandable as it is a new property. Loads of restaurants up and coming & I can't wait to try them! 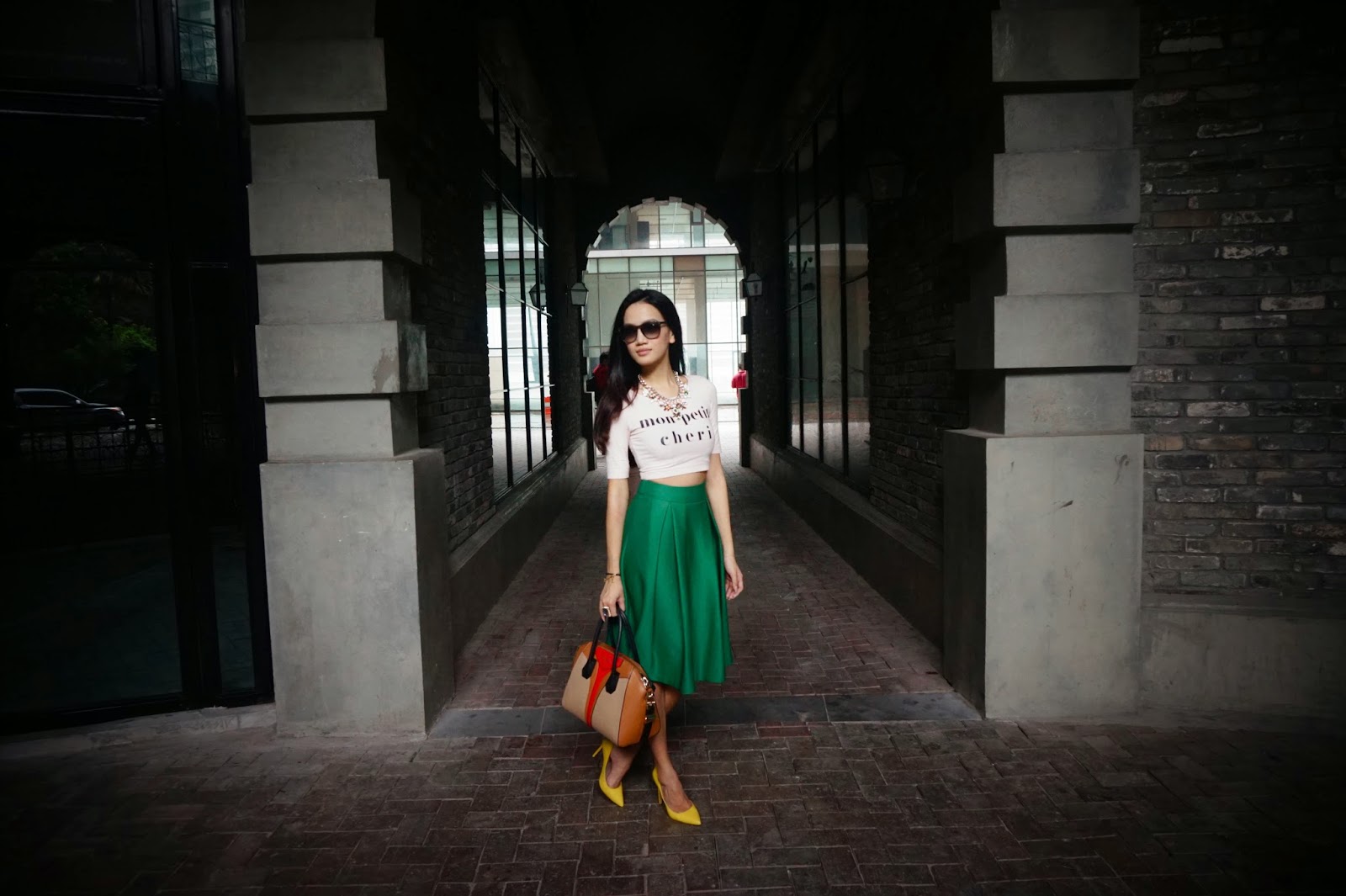 We couldn't find the place, so we explored for a bit. And because of that I found this archway which totally enhanced my outfit haha!

We finally found the place, it was next to the fast food restaurant which sells delicious Honey Baked Cookies! A must try if you're there. 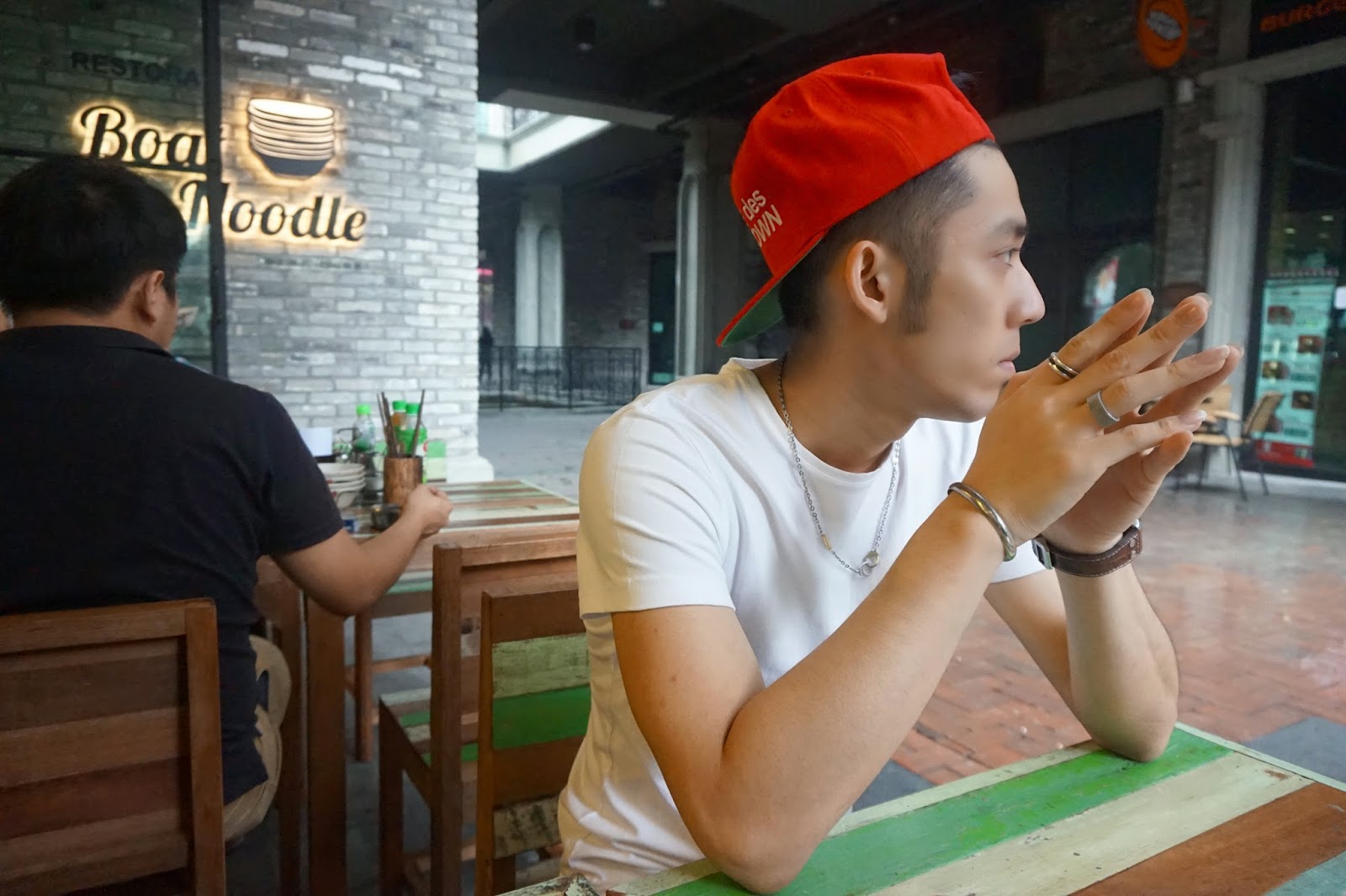 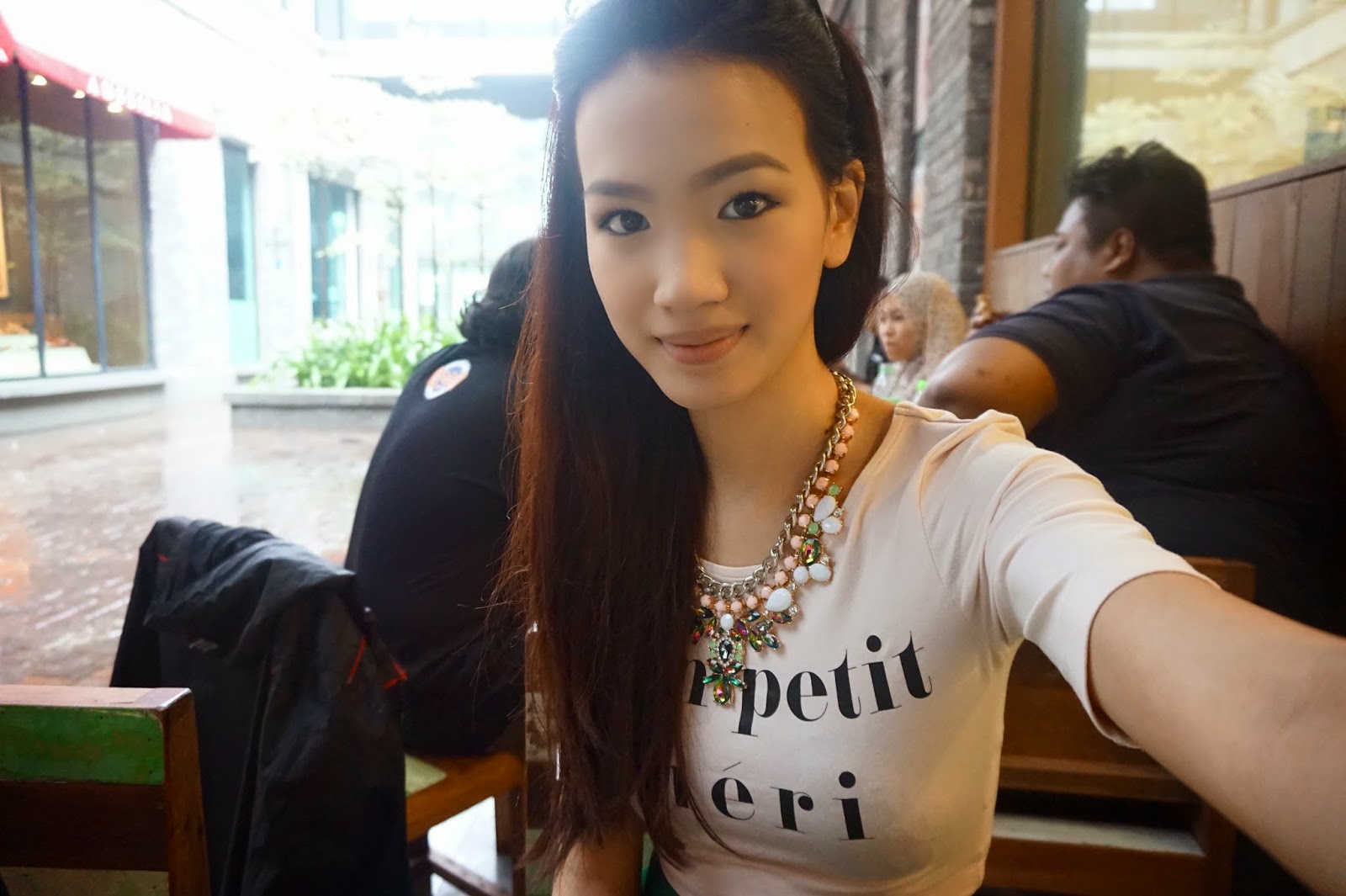 Boat Noodle!
You can choose from Dry or Soup, Chicken or Beef. Yeah that's about it but I mean it's a simple concept, and it's great for people on the go, AND it only costs RM1.90 a bowl. 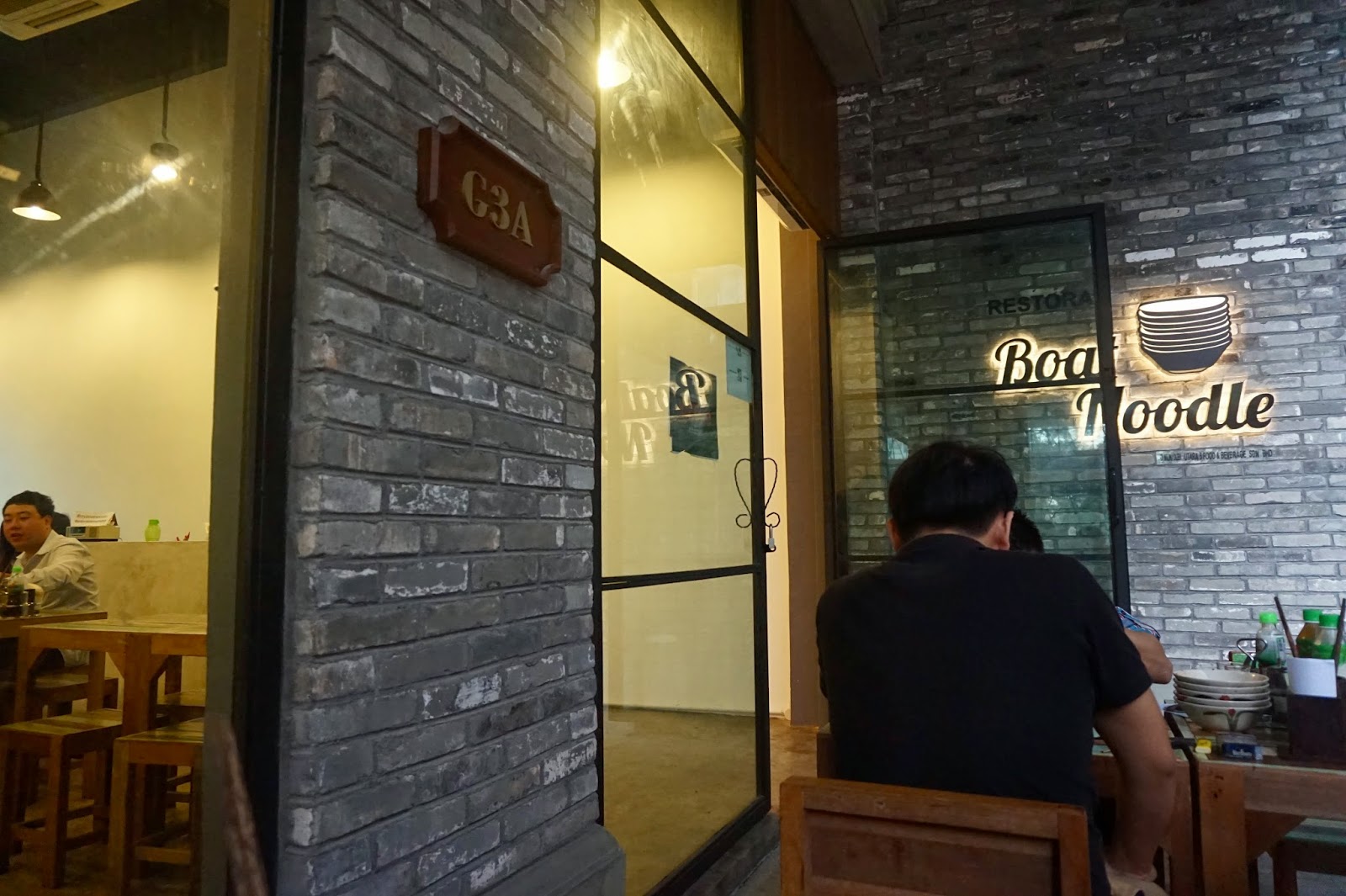 Before you start jumping, I should warn you that the portion per bowl might shock you for a bit... 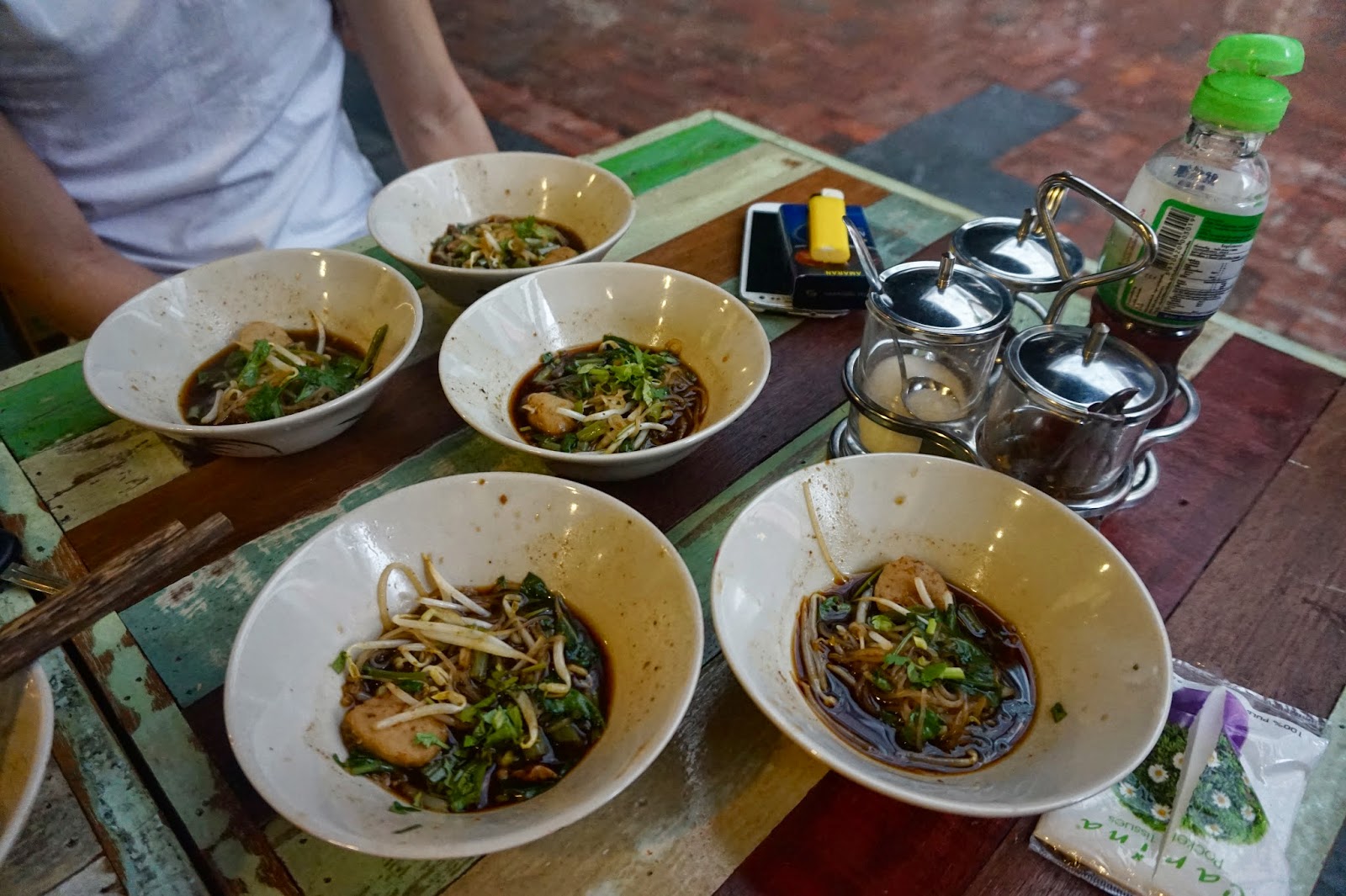 It does look bigger in pictures than real life but one bowl is about a mouth or two. It is very very small, and you definitely need more than 4 bowls to be full? I had lunch earlier, so one bowl was enough for me, but it took 6 bowls for the boyfriend. 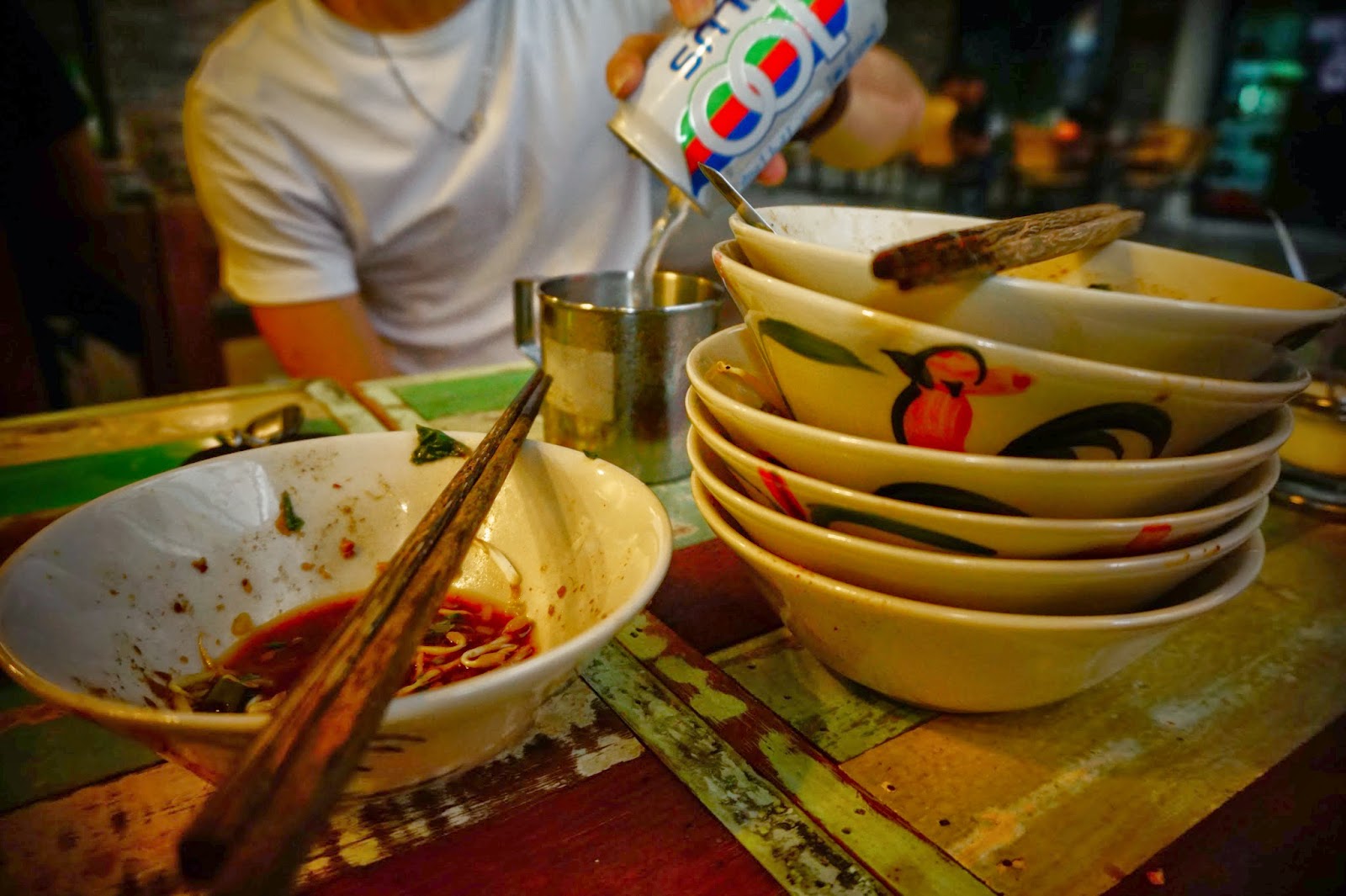 The taste is great though, I prefer the Beef Ball Soup Noodle variation as compared to the dried one. I would come back for more though, the taste is great like I said and if I ordered 10 bowls it would only cost me RM11.90 unlike some places, where the taste is just meh and costs me about RM20++ ?

We headed to the Curve after that for some furniture shopping & errands to be done.
Usual thing, Ikea is having sales so I bought tons of scented candles mmm.

After everything's done we headed back to Kota Damansara for dinner with the bunch.
Decided to bring our friends over to Gyukingu for some Japanese BBQ lovin'. 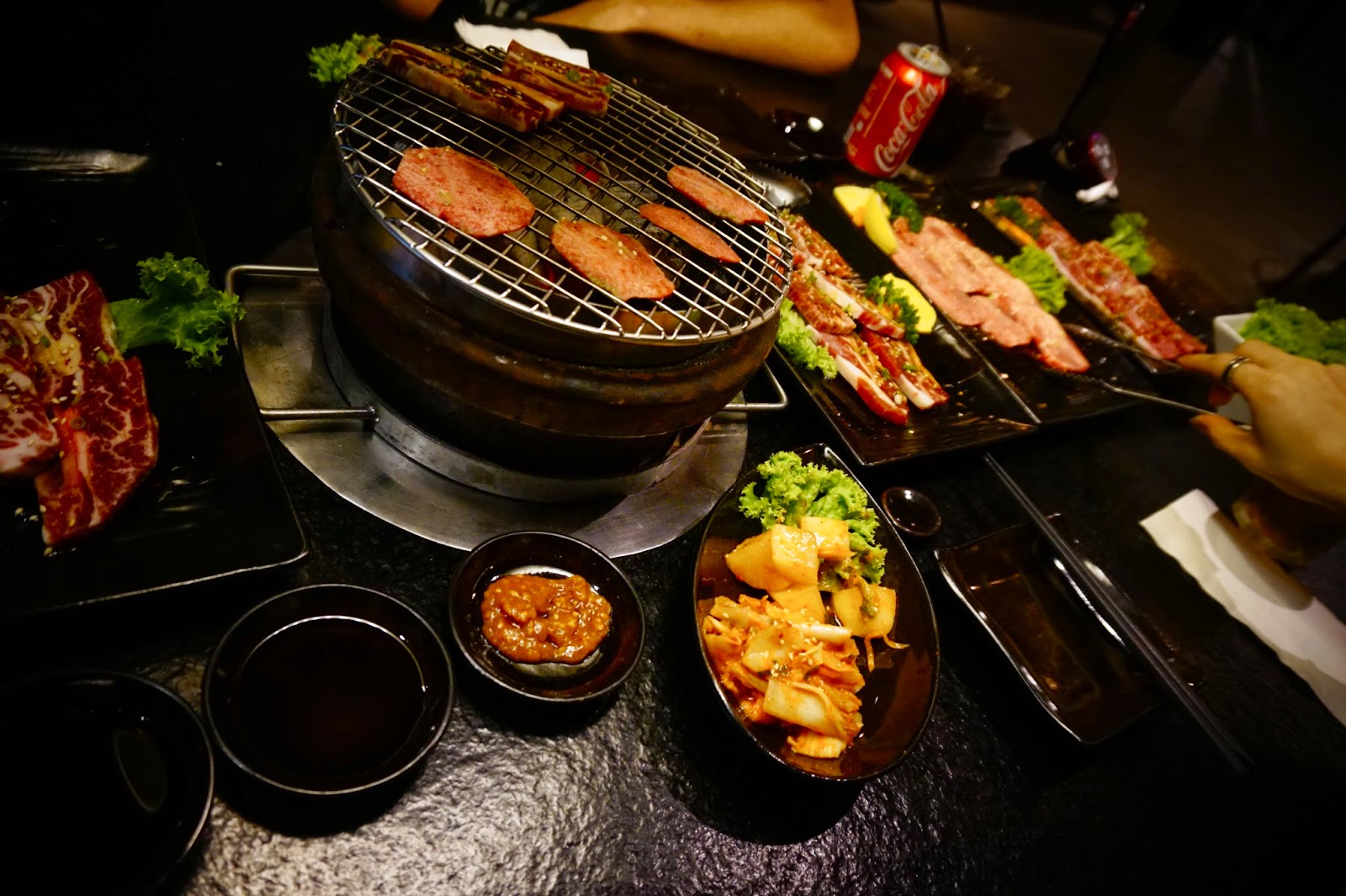 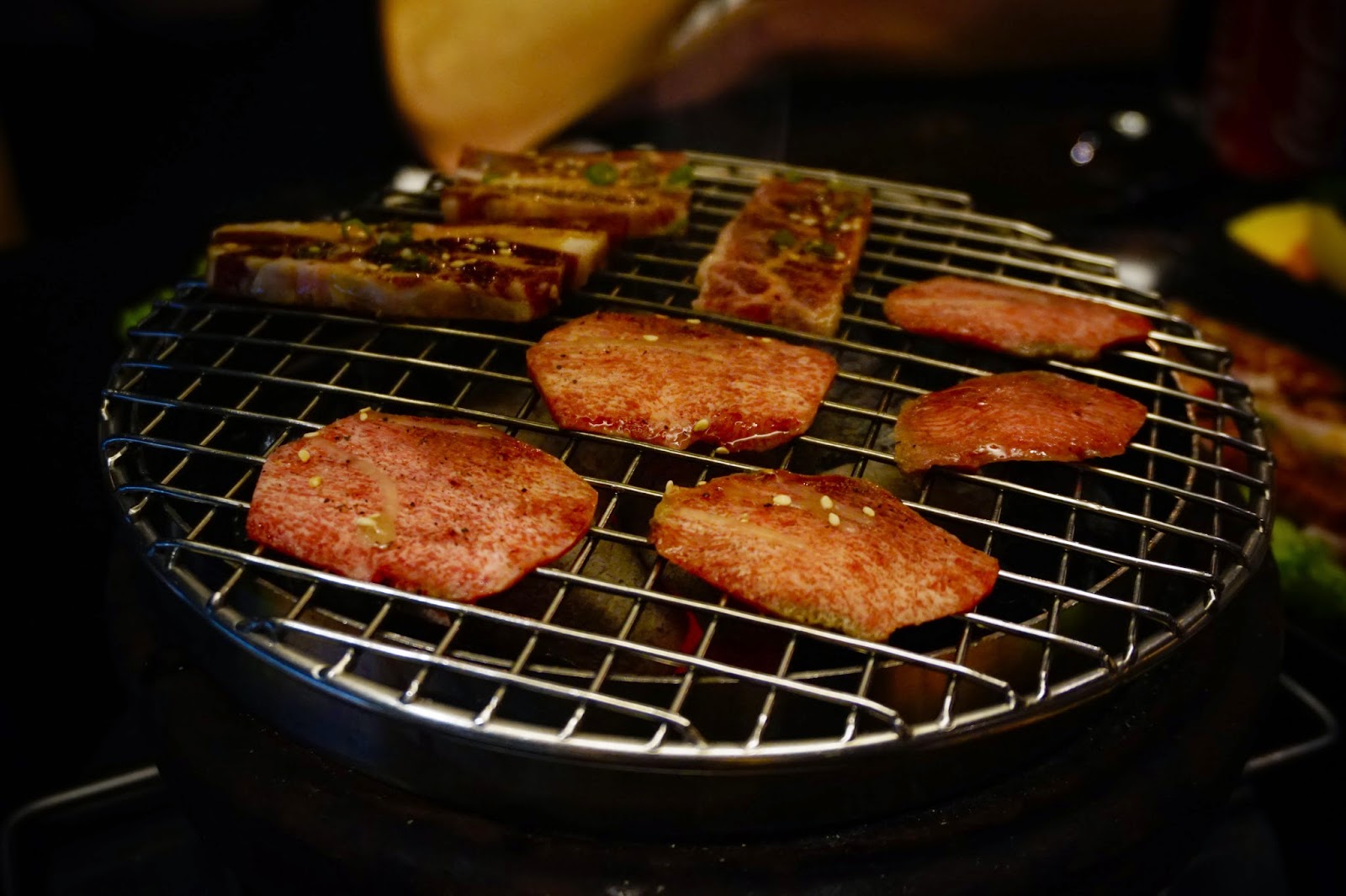 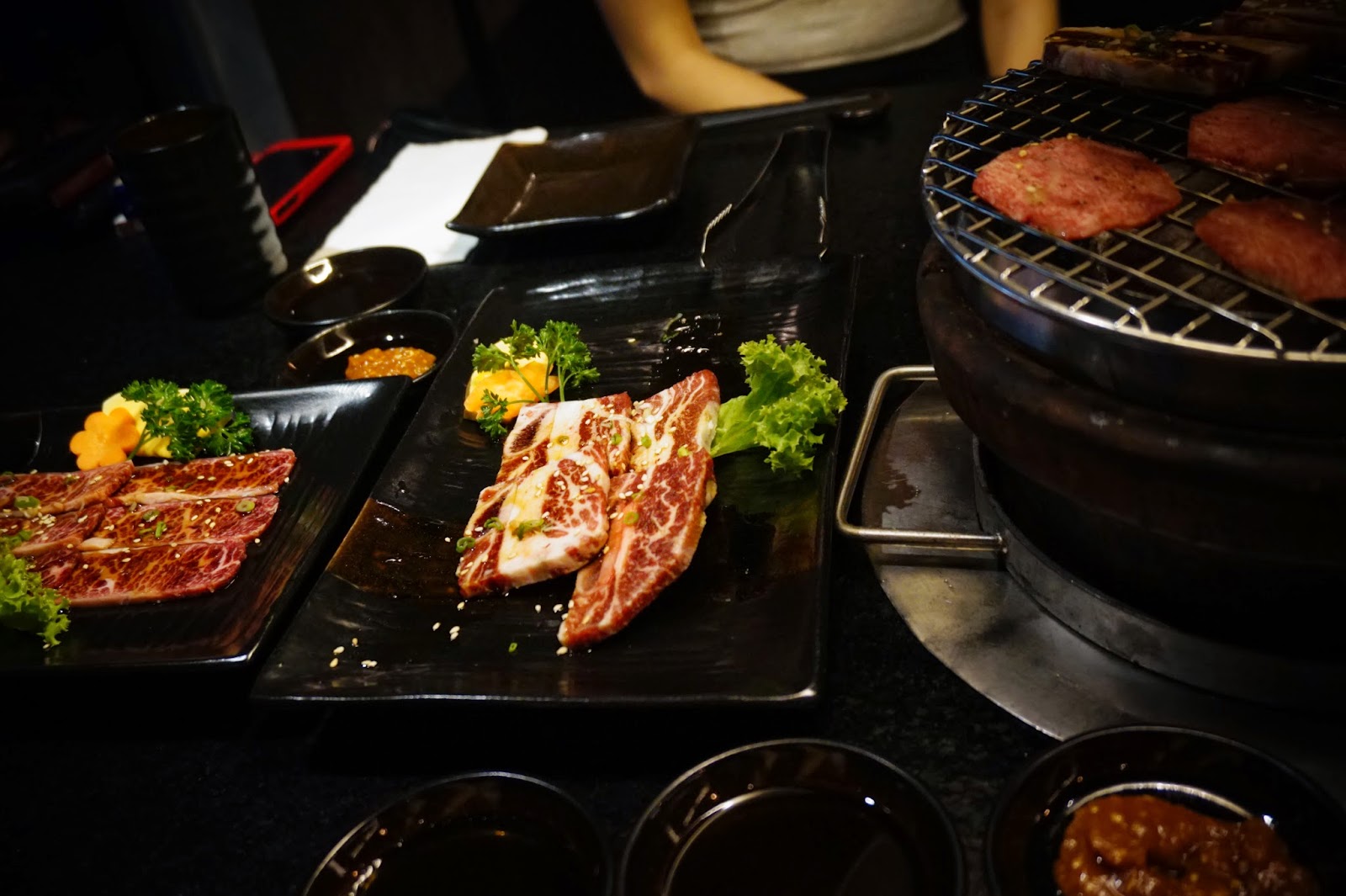 Not gonna write much but we ordered two Beef Sets which was so much better than the last time we were here, which is a definite shocker as during the first visit after our meal, I didn't really think of frequenting Gyukingu as the whole BBQ-ing process takes some time and if you're in a rush, well that definitely sets you back. But the Beef Set was superb, the beef was so tender and juicy I loved it! We ordered oysters which was great too, fresh and creamy but slightly on the huge side as I prefer mine to be small sized oysters (self preference).  Tried Ox Tongue instead of Pork Tongue this time, and it's also way better, order the Special Ox Tongue if your tastebuds can be quite sensitive like mine.

By the way a tip for anyone who heads there, if you love tender juicy fats please order the OKINAWA BACON! Omg it's the bomb! It's not on the menu, you have to ask for/about it. If you don't mind eating fats (cause I know some people don't like it), do order this! :D

So check them out at :

After a heavenly dinner we all headed for some cakes and coffee at the newly opened Donutes Cafe at Kota Damansara. 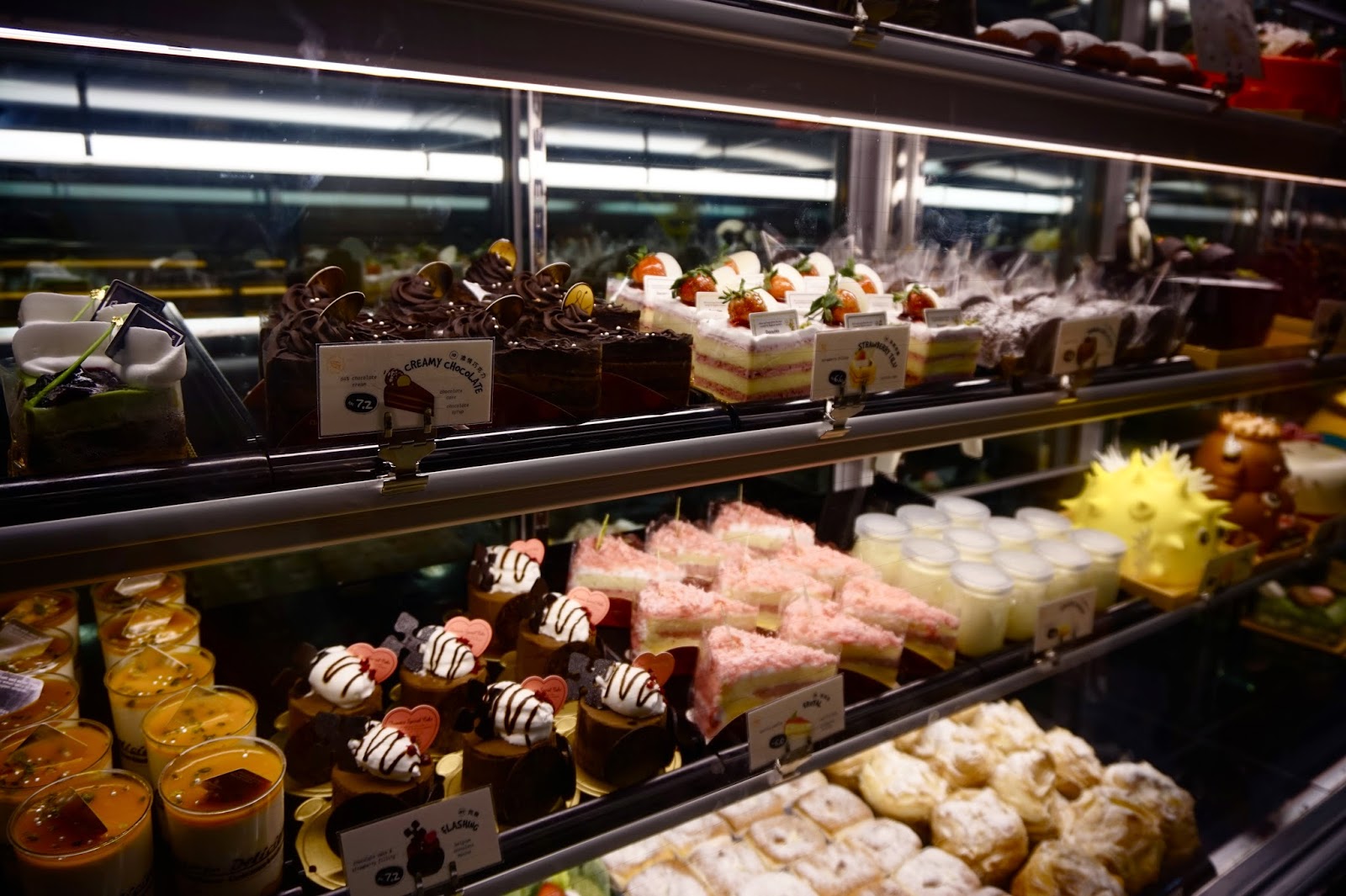 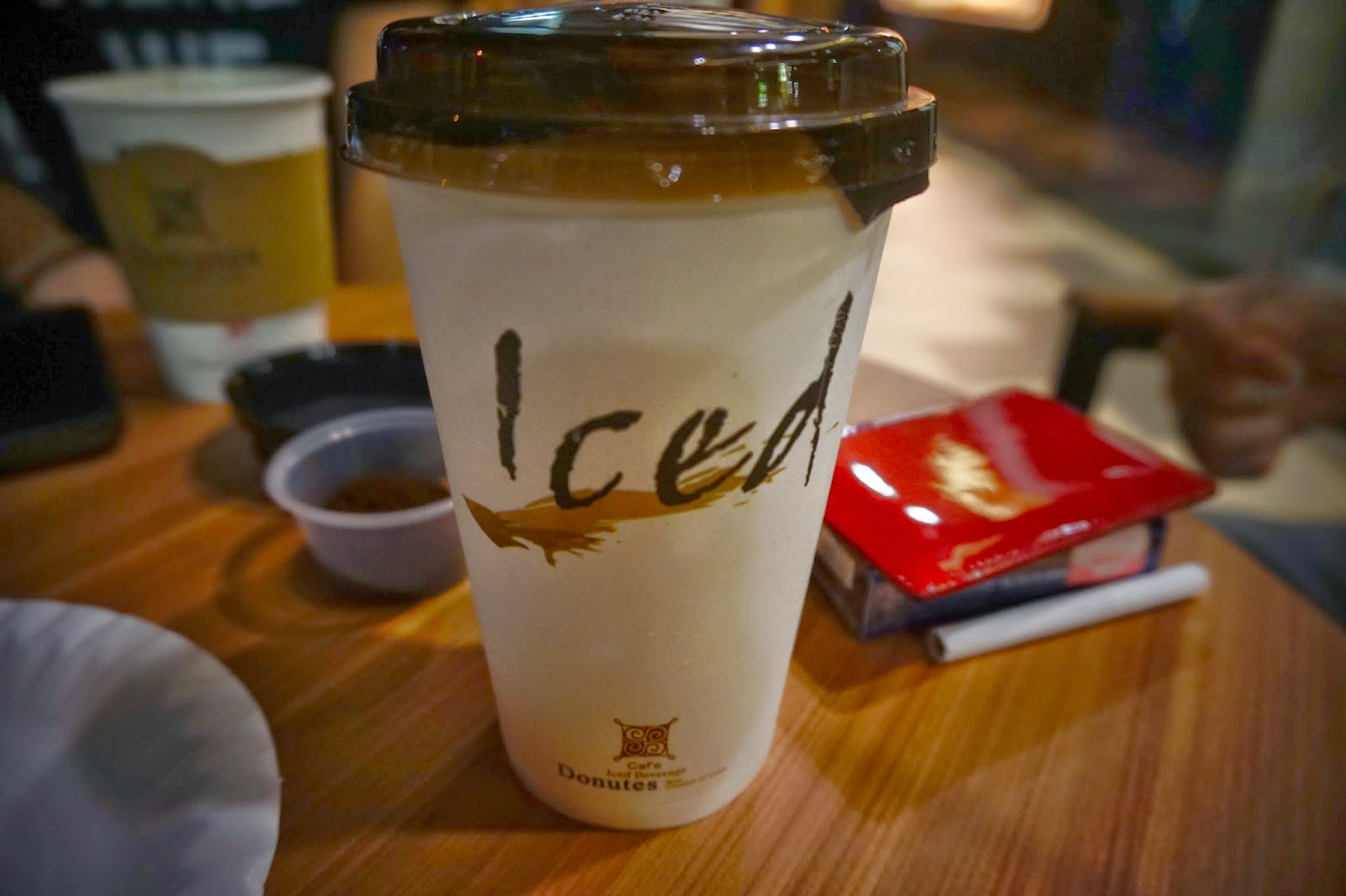 According to Alvin, it's a franchaise from KaohSiung, Taiwan!
The pastry looks good, and the queue can be quite long as we waited about 15-20 minutes for a table at 10pm. Nevertheless I enjoyed my milk tea, will be back to try the cakes as I felt too bloated from a day spent eating away.