I know this is a really delayed post but hey at least I'm still posting it up!
Things are hectic nowadays and I barely have the time do update any of my social media except Twitter, wait scratch that. I don't even read my Twitter until the evening.

Anyways Heineken Thirst 2013 was awesome, I hope they'll get to have it again this year but raves are so risky nowadays the chances might be slim. 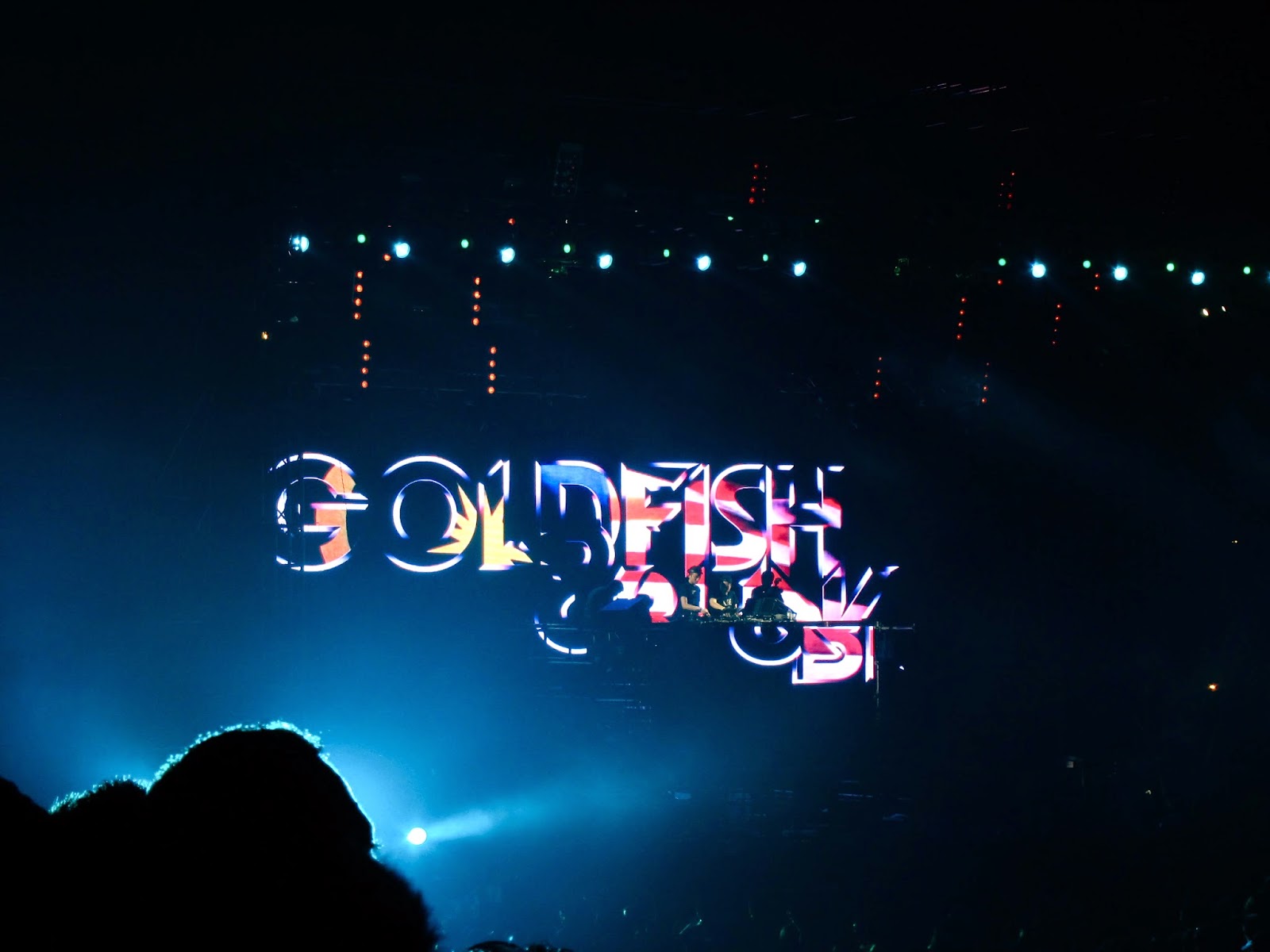 Got there in time for Goldfish & Blink's set and boy was the console really up high.
The setting were really nice this year, but I still don't like the fact that Malaysia ALWAYS put two stages really close to each other that you can hear music bouncing off things. 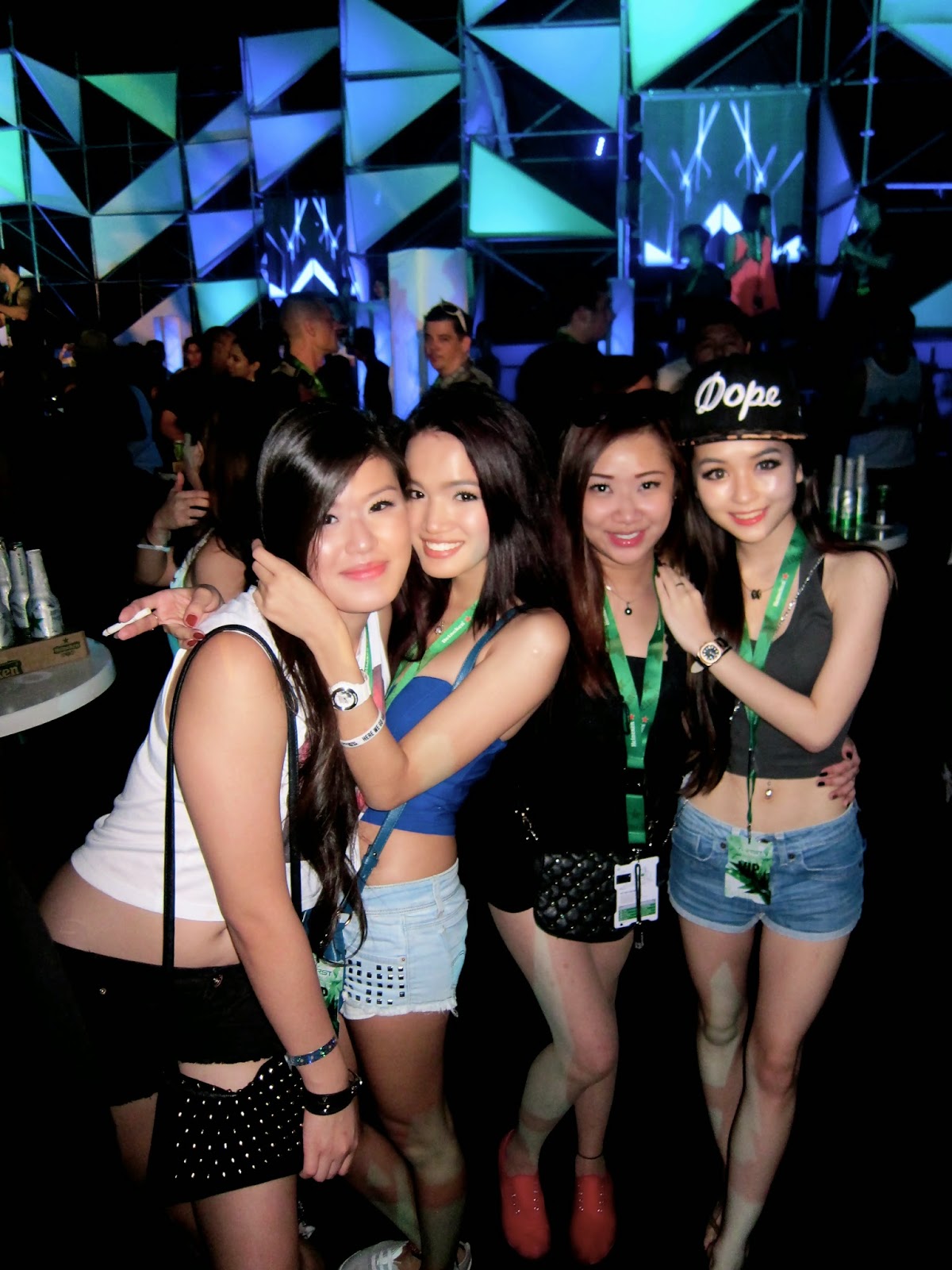 Me & the girls.
The VIP deck was really pretty with all the back drops and lights.
The cabana this year was nice as you have your own space (your not next to your neighbors, which is great) but there wasn't any roof! hahah. & it costs so much for a cabana but why no shelter? 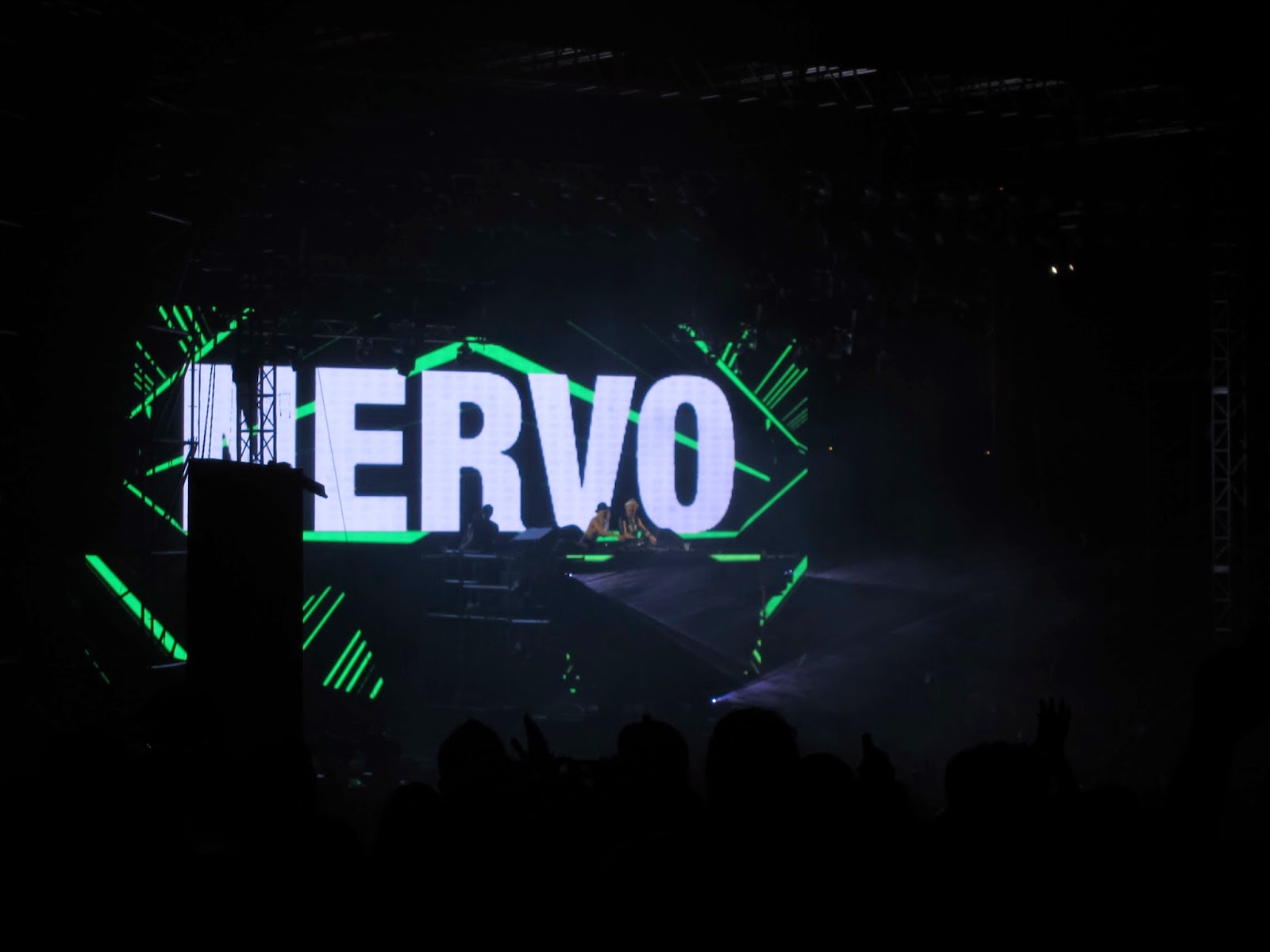 Anyways it was Nervo next on stage.
& boy was they good, they really got the crowd going. First time catching them live and I was so stoked when the played 'Like Home'. 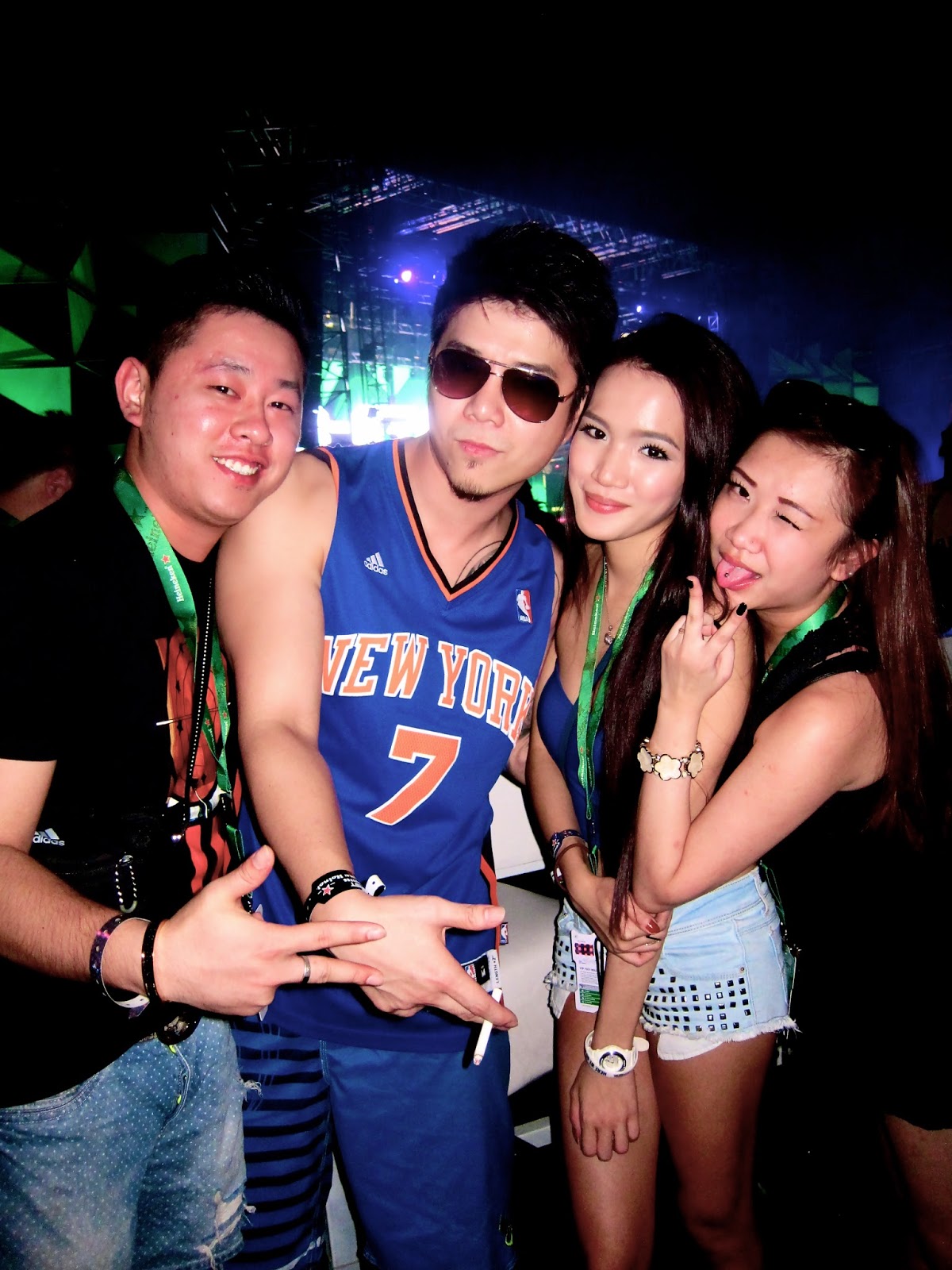 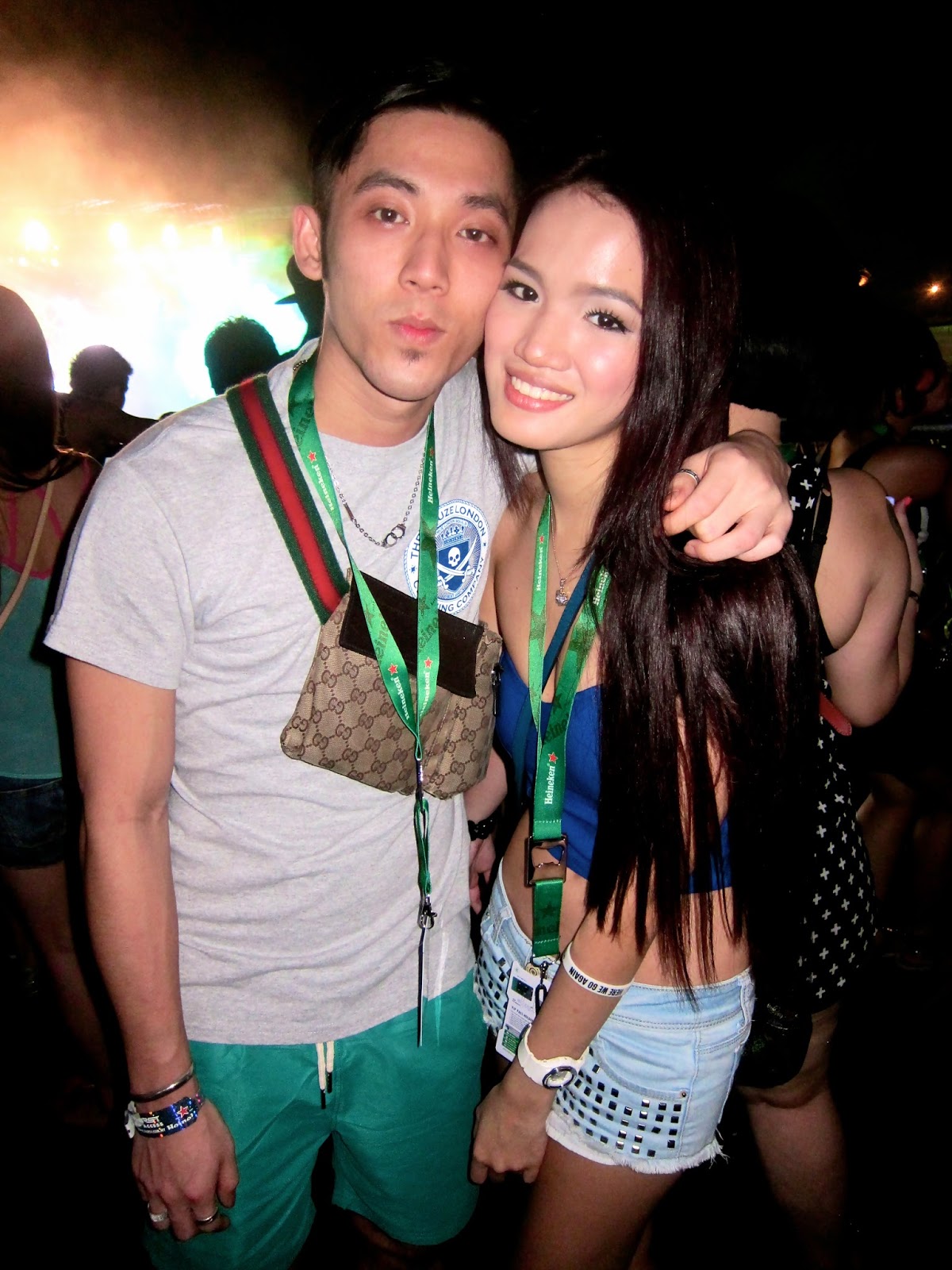 the boyf and I. 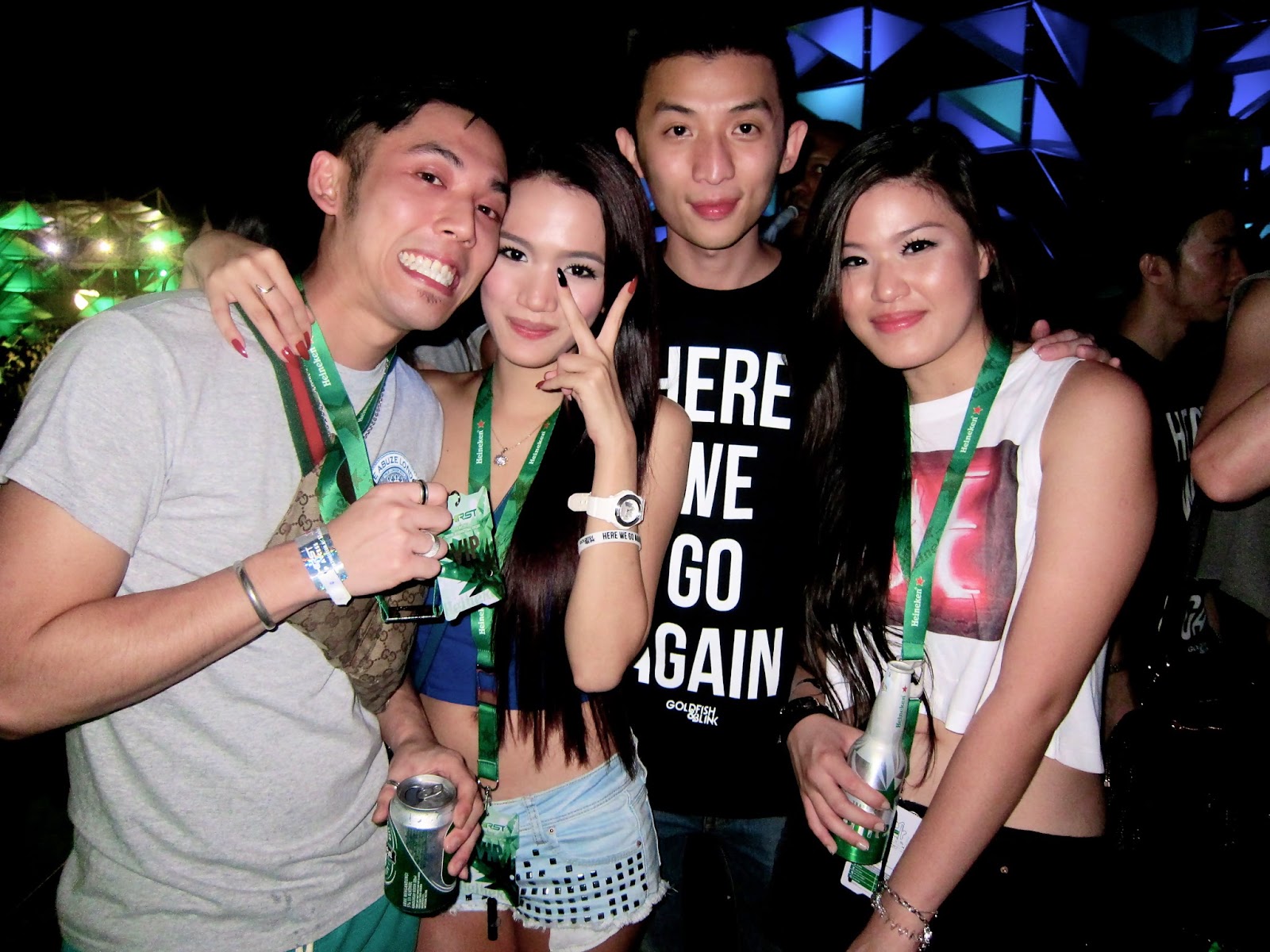 Howie, myself, Alvin and Erin. 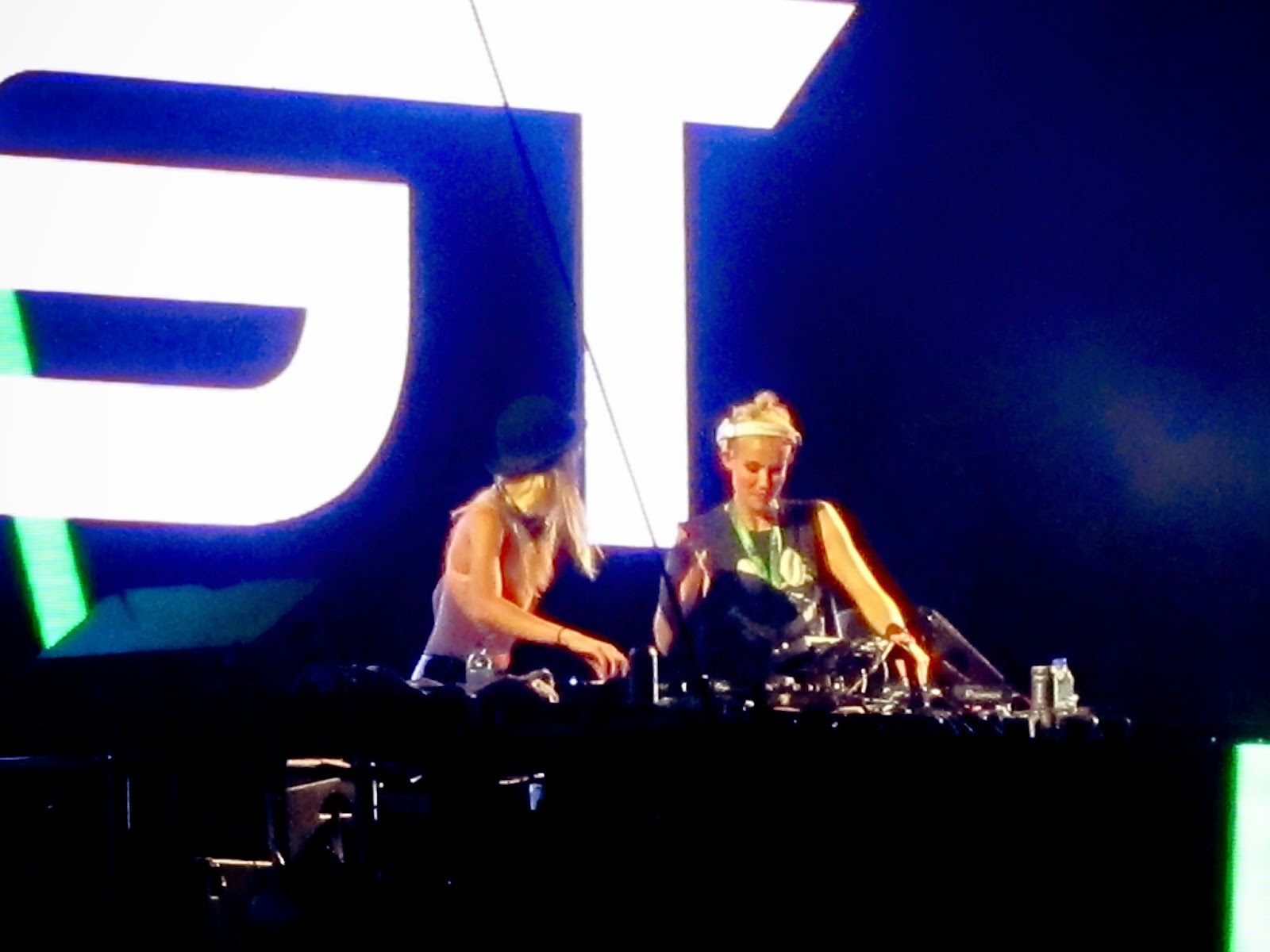 Nervo was pretty fun.
Two chicks spinning at a big event, times have changed hasn't it? 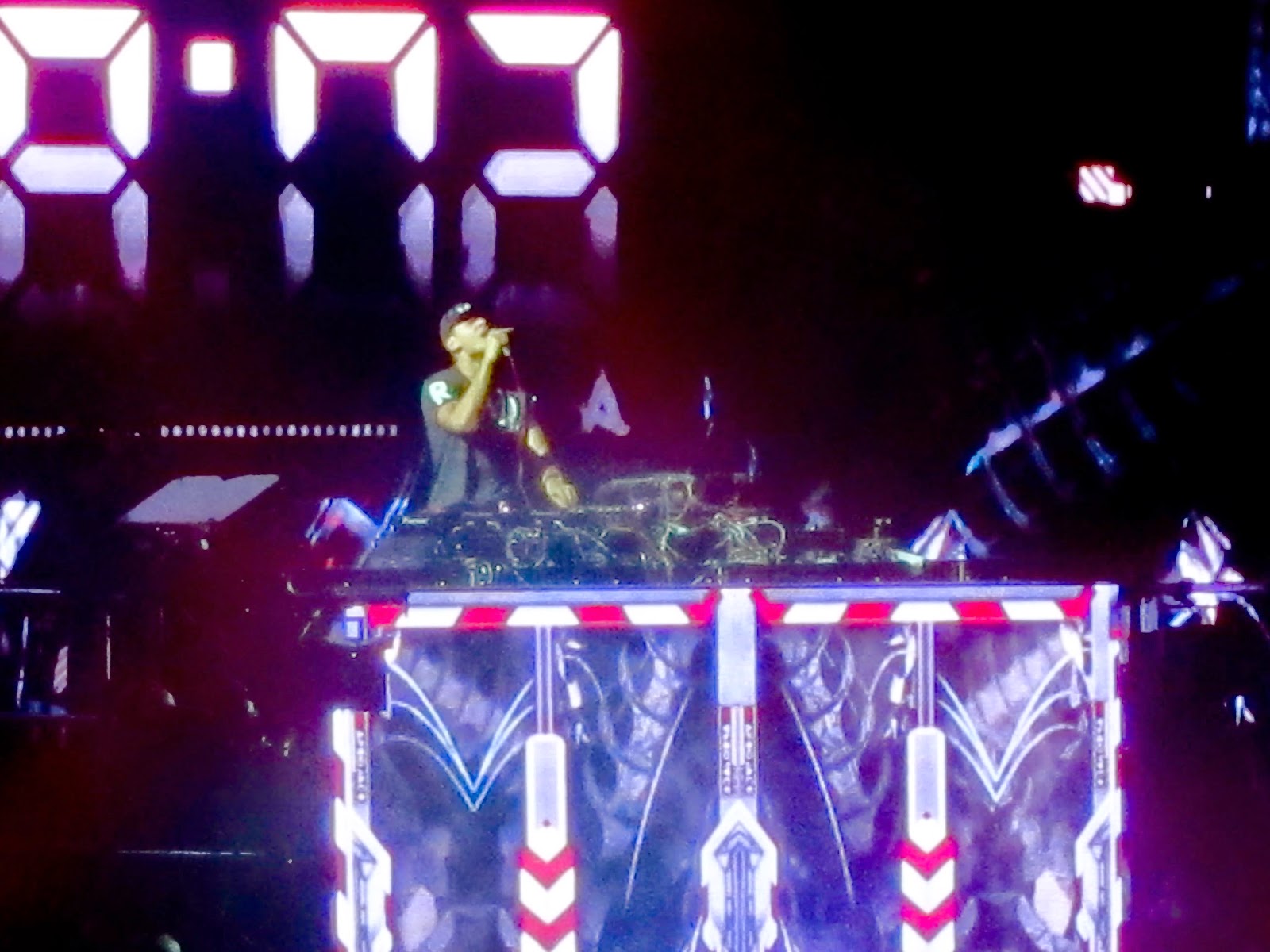 Next up was Afrojack, I must say, his set was way better than I expected and this was probably the third time watching him live. I was seriously confused why didn't he close the show instead of David Guetta. 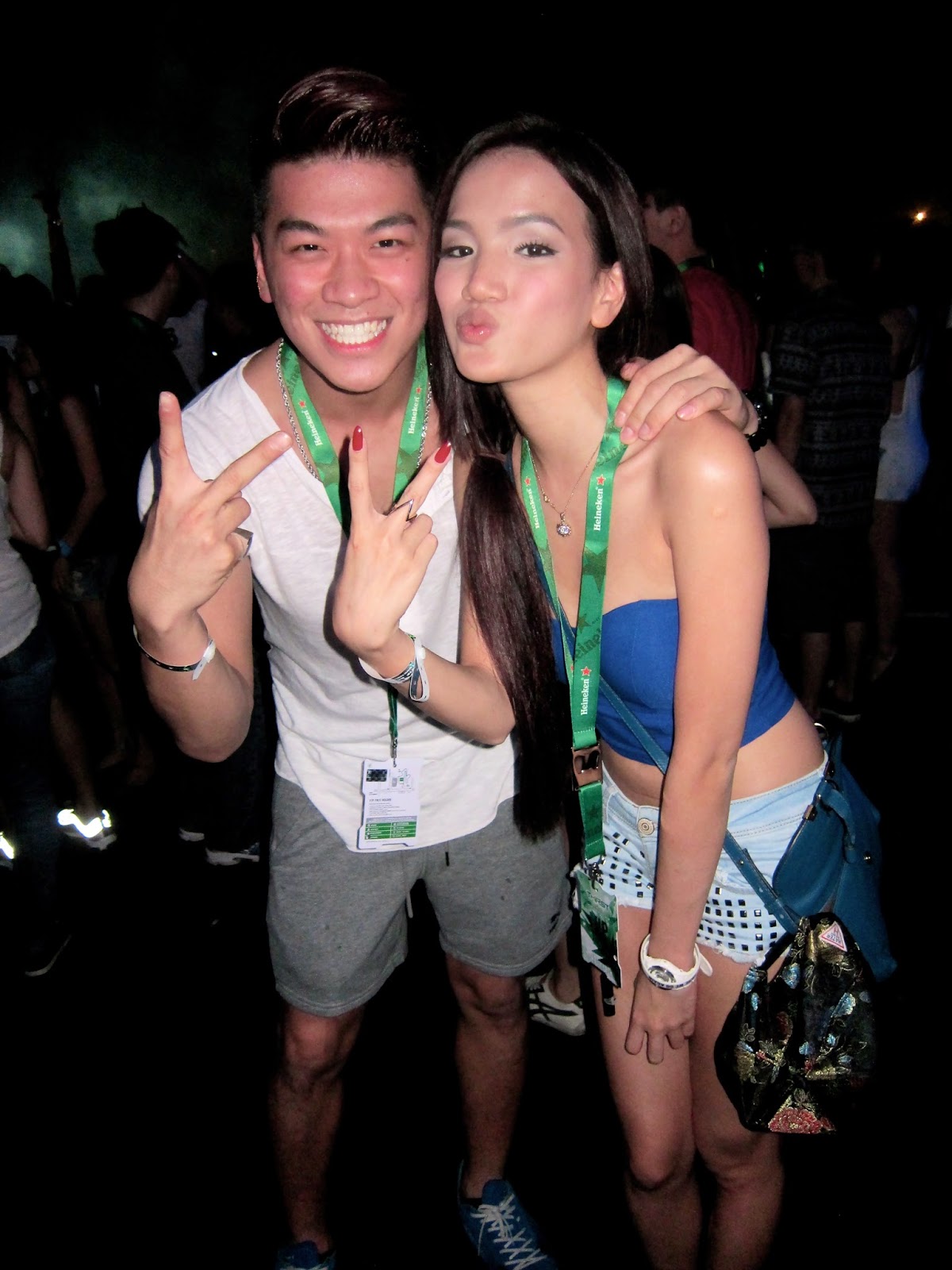 Dennis Yin and I ; this guy sure loves to party haha.

Bumped into so many familiar faces at Thirst, I guess the rave scene is growing though I do not know whether most of the people actually know anything about the music or the DJs but it's good to know that the event is going well and hopefully they'll bring in more DJs. I remember how years back when, raves were something most people avoided going and I probably only bump into a handful of people, now it's like the whole KL will be there. Well there's always the pros and cons but I seriously hope the government would allow organisers to go ahead with plans, we've already lost out a couple of big ones. 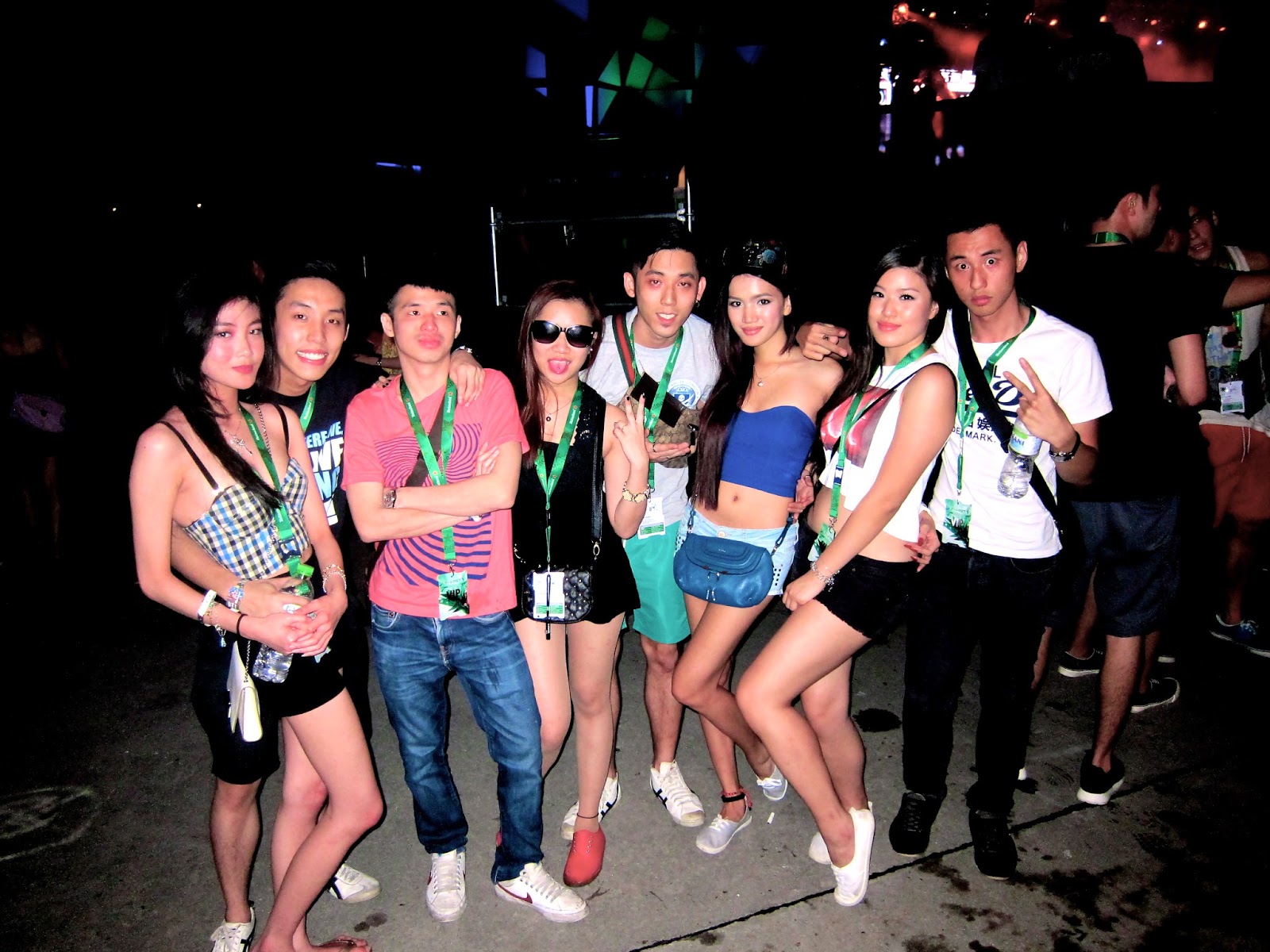 My group of ravers, silly people and all around friends :)
Lyn, Brandon, Louis, Manda, Howie, Myself, Erin and Darryl.

So finally everyone agreed to skip Afrojacks last few songs so I can check out R3HAB. 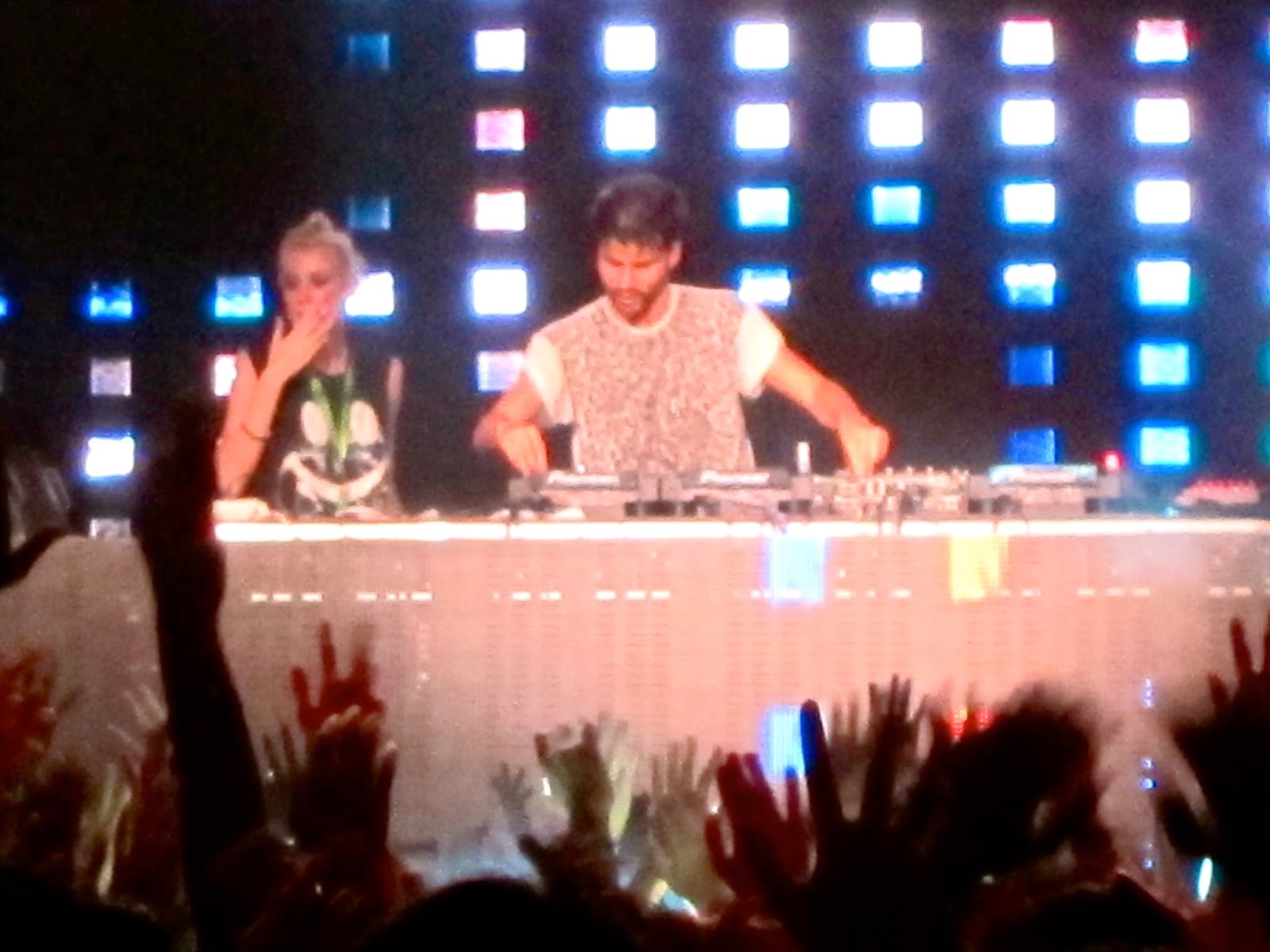 He was so good!
But it was so stuffy and packed at the second stage cause I think everyone was waiting for W&W
(´͈ ᵕ `͈ ) 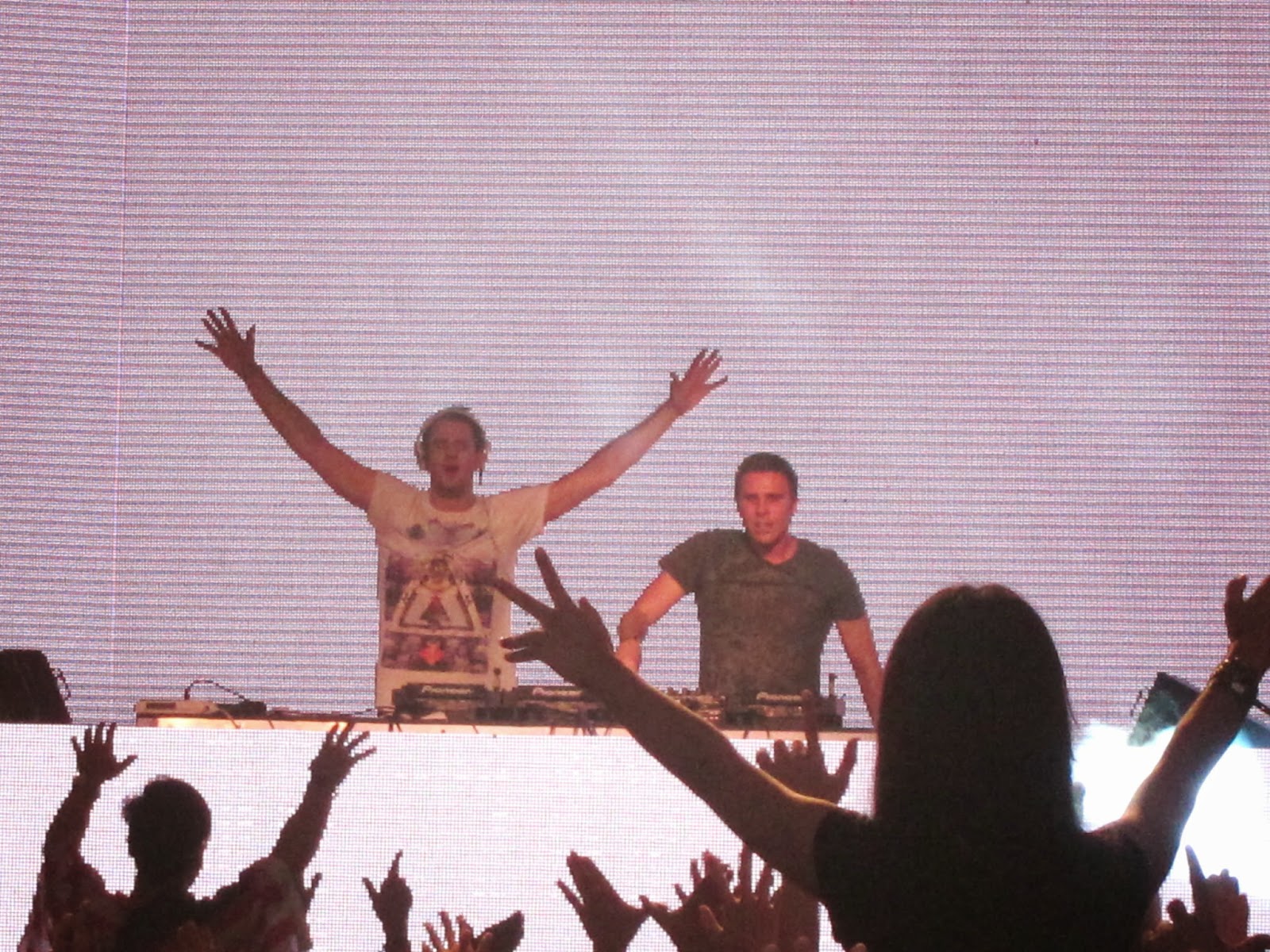 Finally W&W was up on stage and the crowd went crazy, typical.
They're good no doubt. I remember when baby and I were blasting Invasion when we were in Melbourne and no one heard of them or even thought they would be more than that. 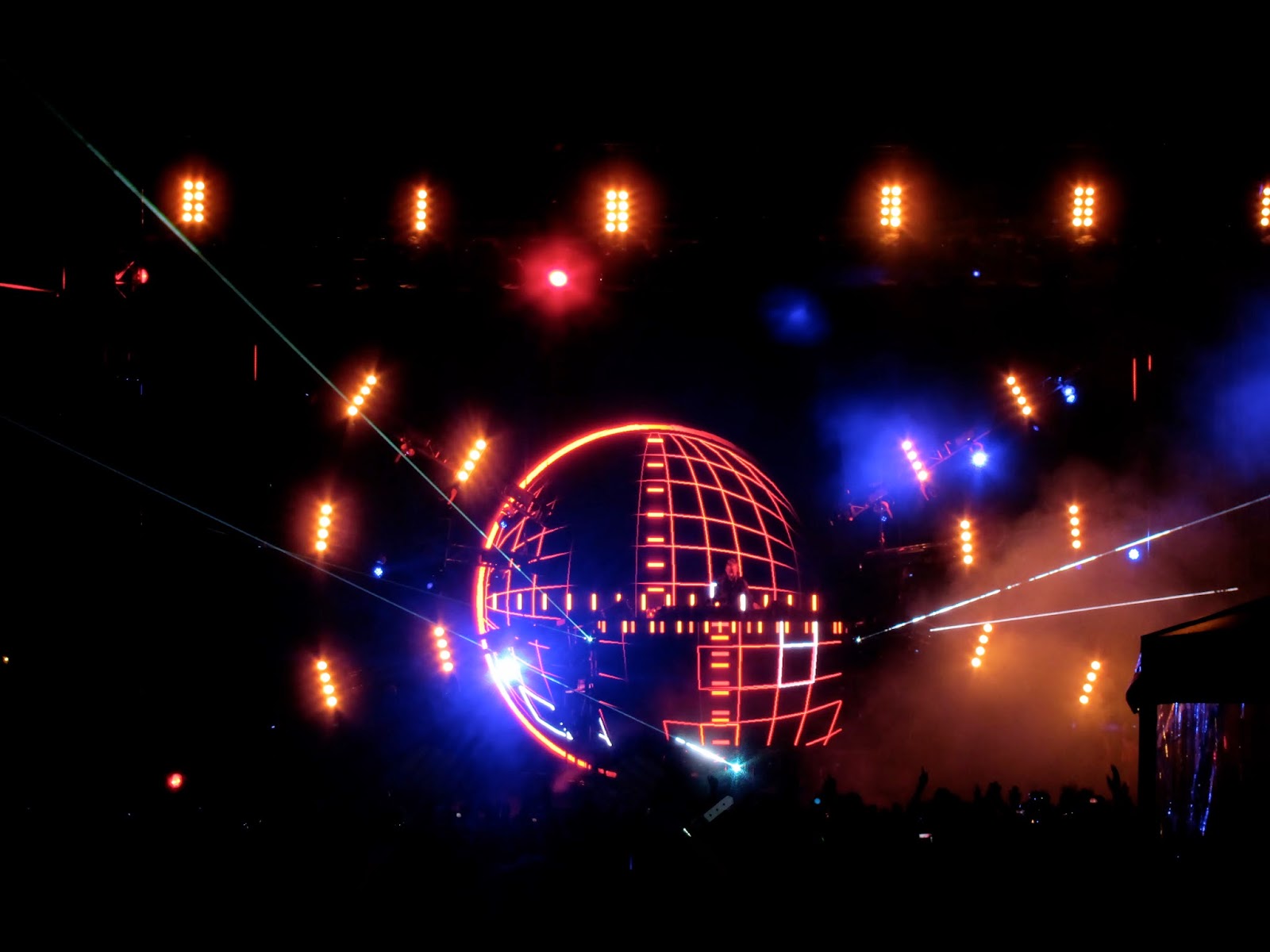 It got too packed and I could barely even see the DJs, so we decided to skip and head back to the main stage for... David Guetta -.- but it was better than being sandwich haha.

So David Guetta was still bad, but wasn't as bad as the time he was here with Alesso.
So we managed to at least have some sort of fun. 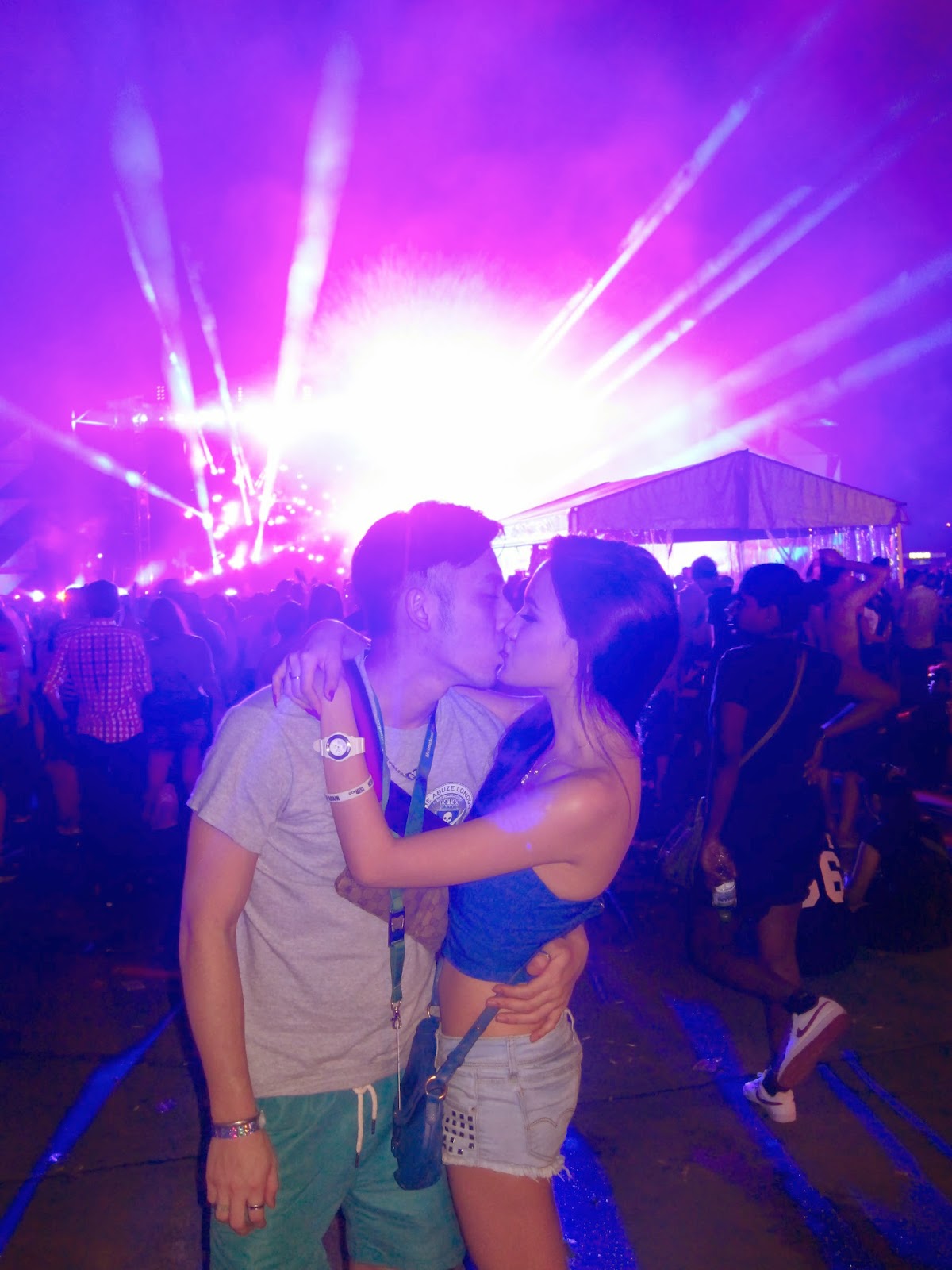 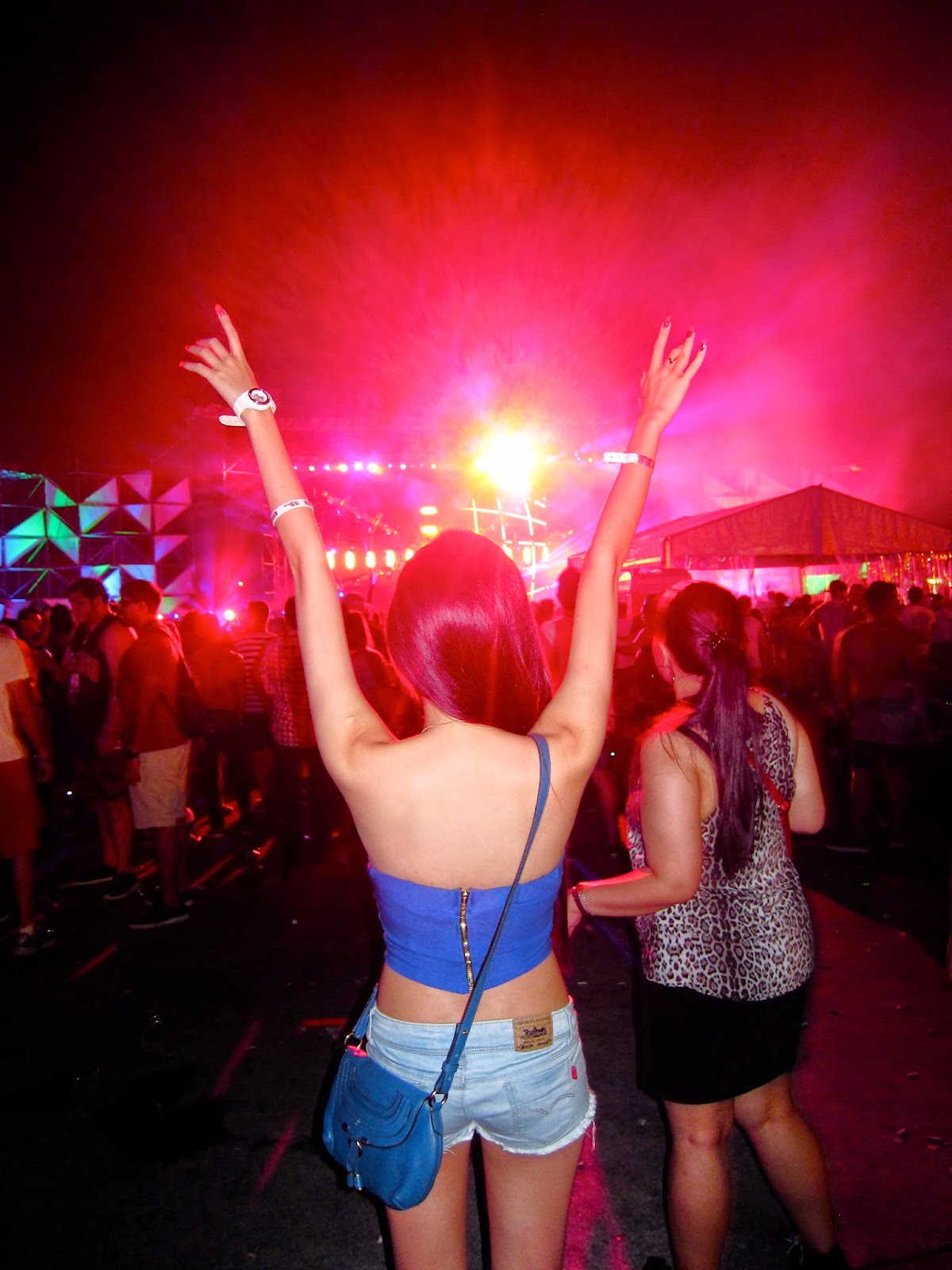 We were pretty much feeling like jello after hours of dancing jumping, hopping around that we picked a spot to chill and enjoy the music, company and oh, fireworks. 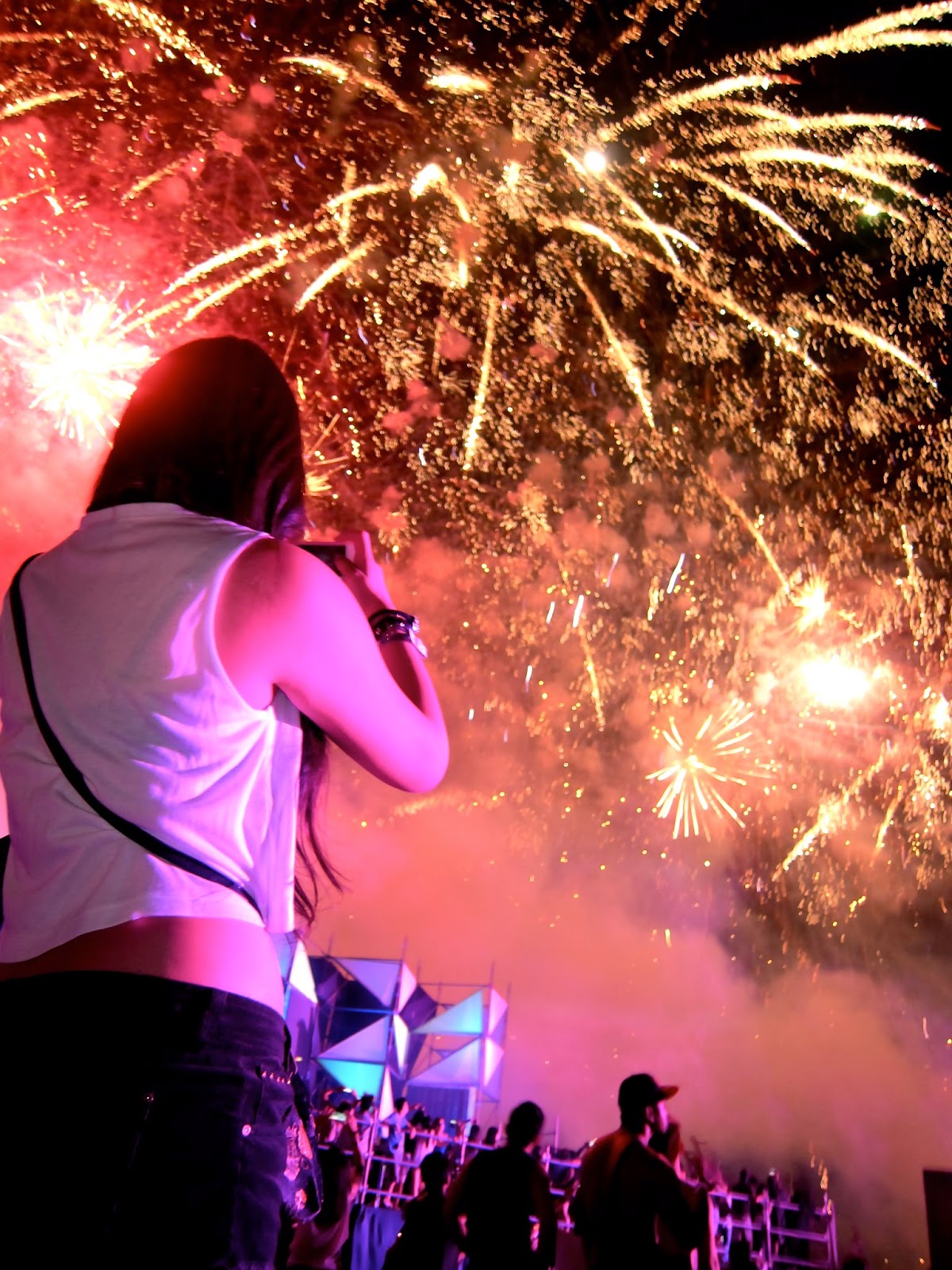 Unedited, not photoshopped at all.
The firework display was crazy!
It went on for a good 10 minutes plus? I don't know but it was certainly longg.

A nice way to end the night before we decided to skip the shuttle van and walked all the way out to our cars. 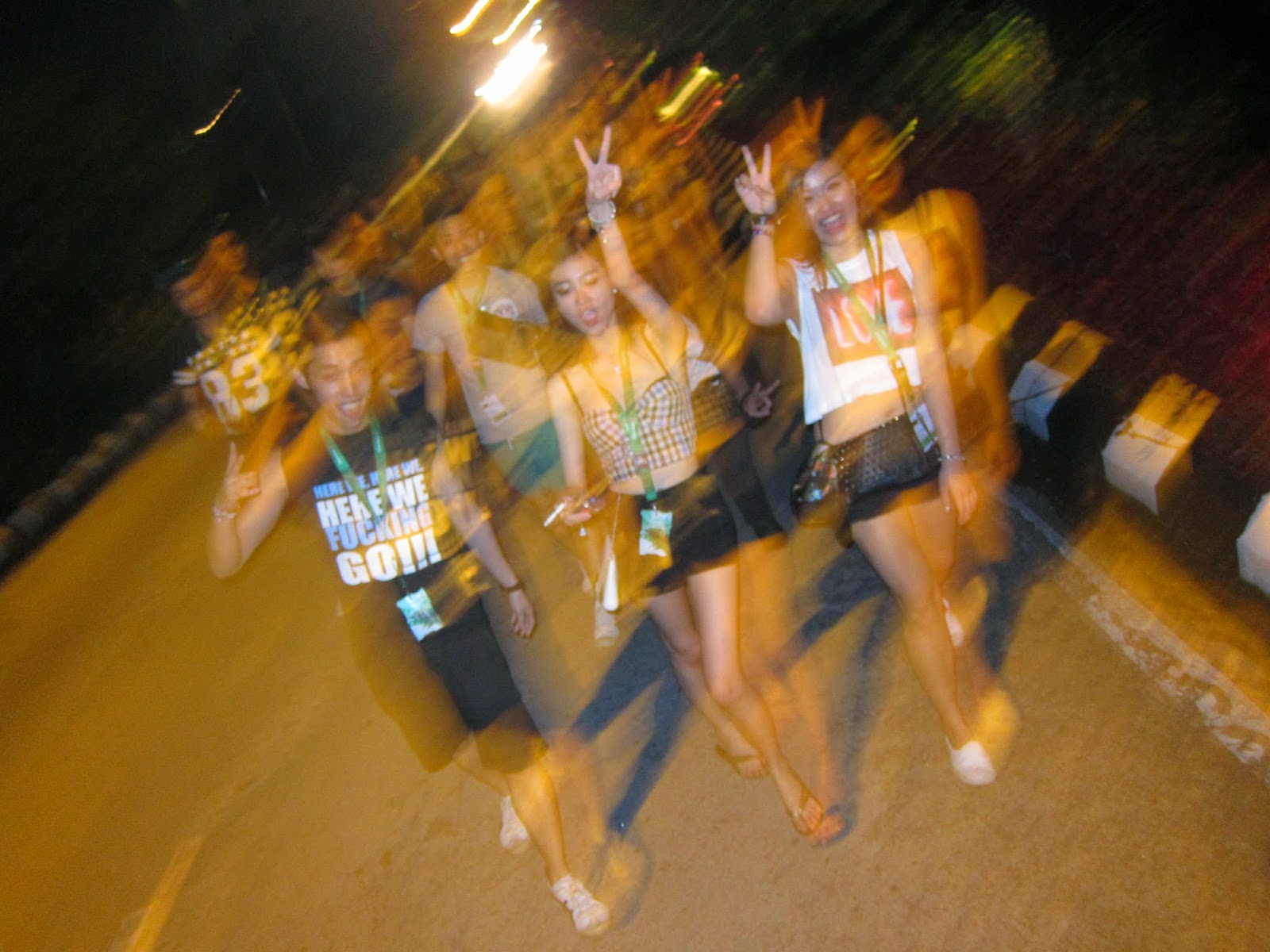 We even managed to have some fun while walking out lol. 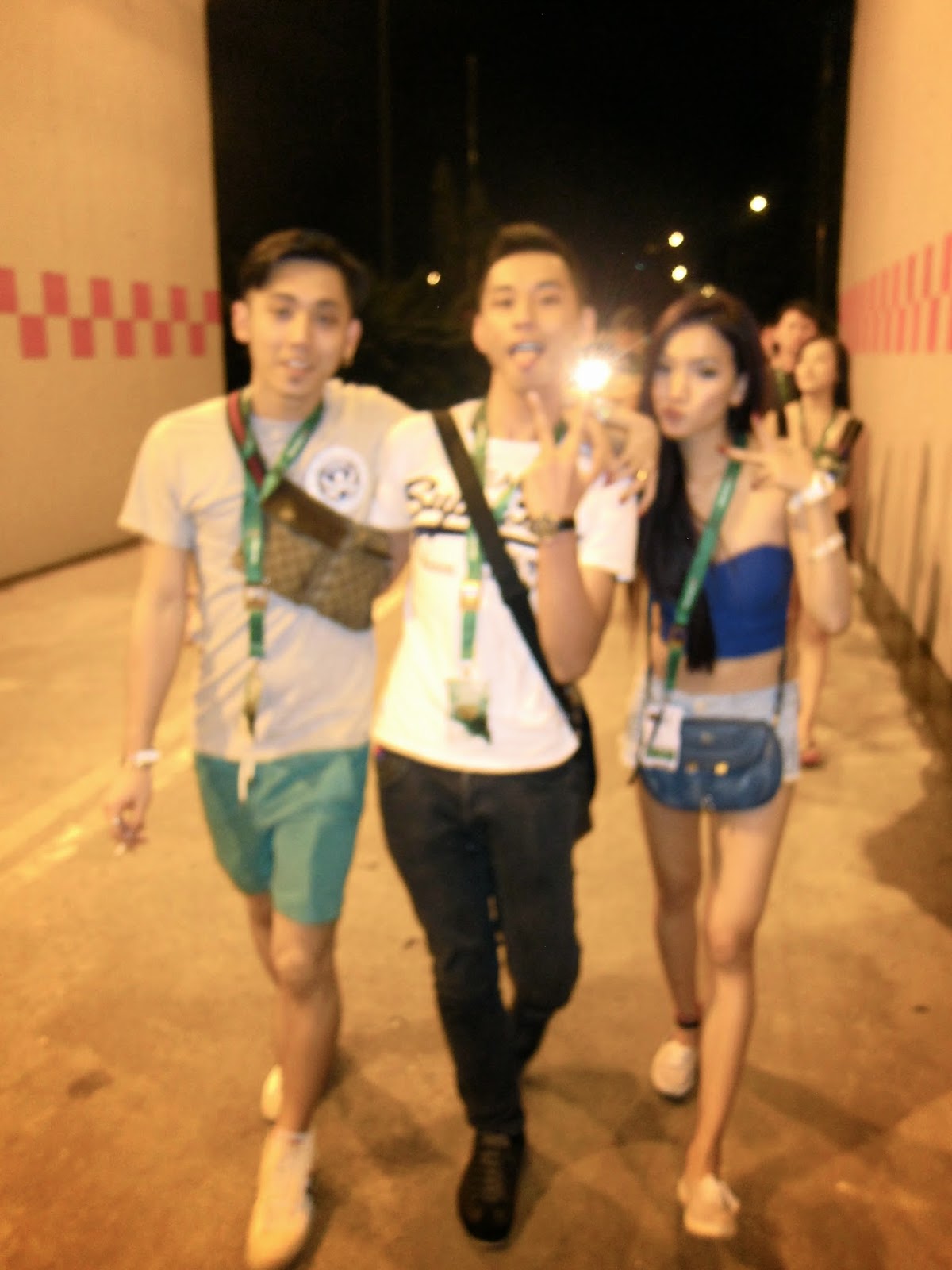 Till then and hopefully another rave, cause I am seriously heartbroken and sad about this :(
Let's bring back the rave!