Sony Malaysia threw a wonderful tea party for the launch of their new Sony Alpha 5000 at Carcosa Seri Negara. It was a beautiful day for something like this :) 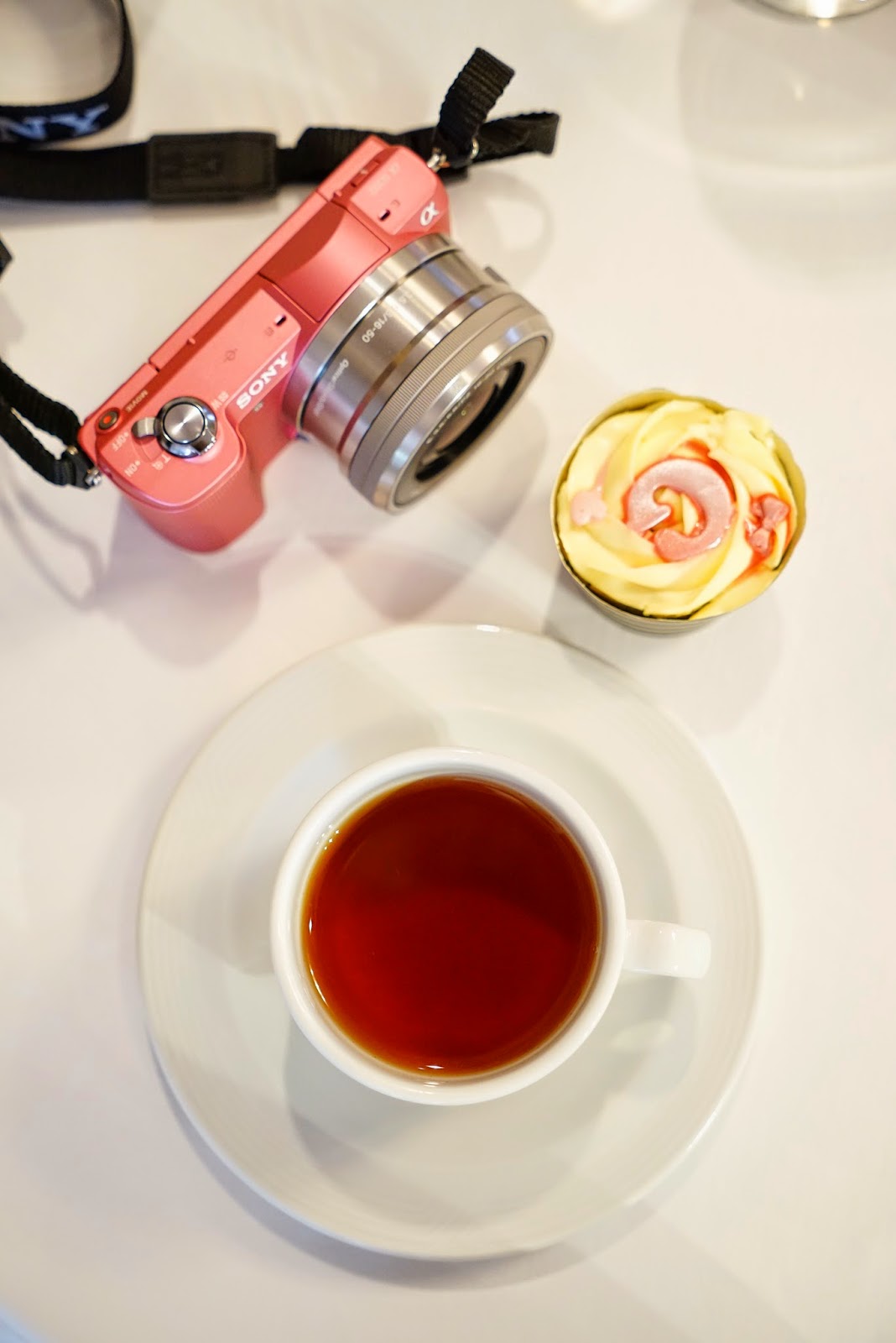 I was super delighted to be greeted with a new camera that I am stoked to test out, along with delicious cupcakes, scones and high-tea! 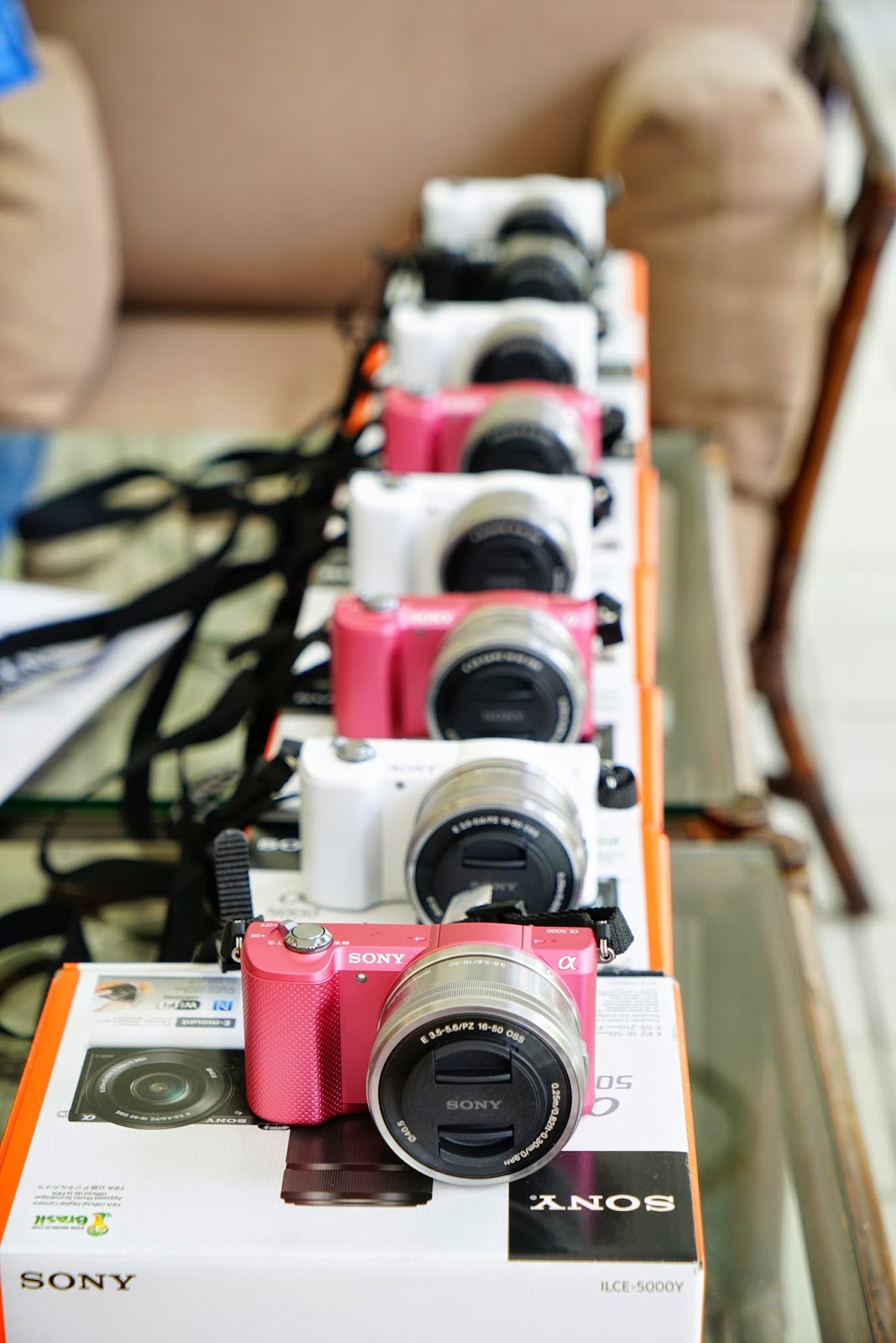 The first thing that took my attention was the sleek design of the SonyAlpha5000 camera and the fact that it comes in pink! I can imagine all the girls going crazy over the pink coloured one. The representative from Sony gave us a short speech regarding the camera and it's powerpacked functions. 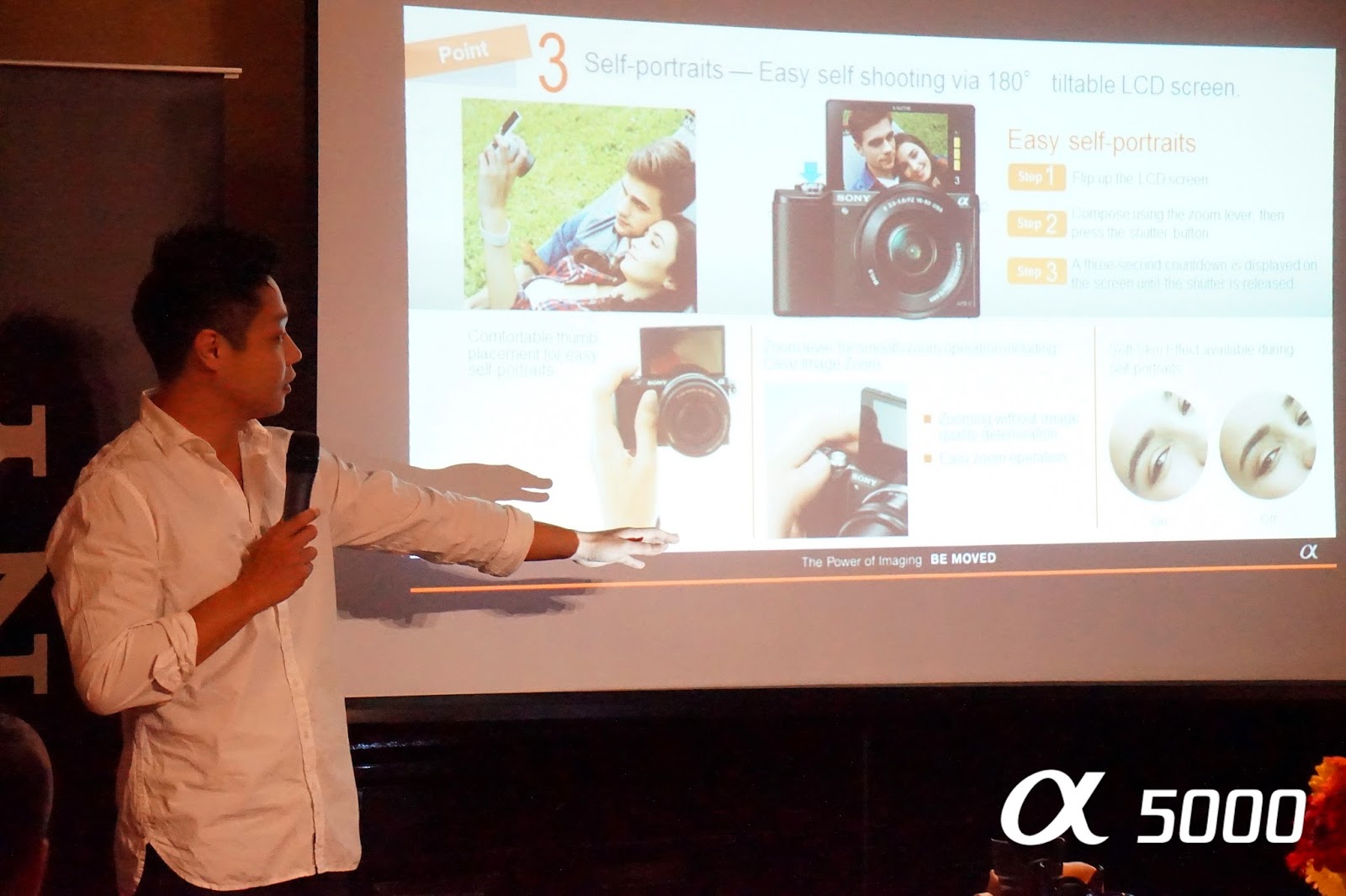 The Sony Alpha 5000 is the world’s lightest interchangeable lens digital camera weighing only 210g (body only) and approximately 269g (with lens, battery and Memory Stick included) and equipped with Wi-Fi and NFC to easily transfer photos to smartphones. The camera also has a sensitivity up to ISO 16000. Doesn't it sound power-packed with goodies yet? 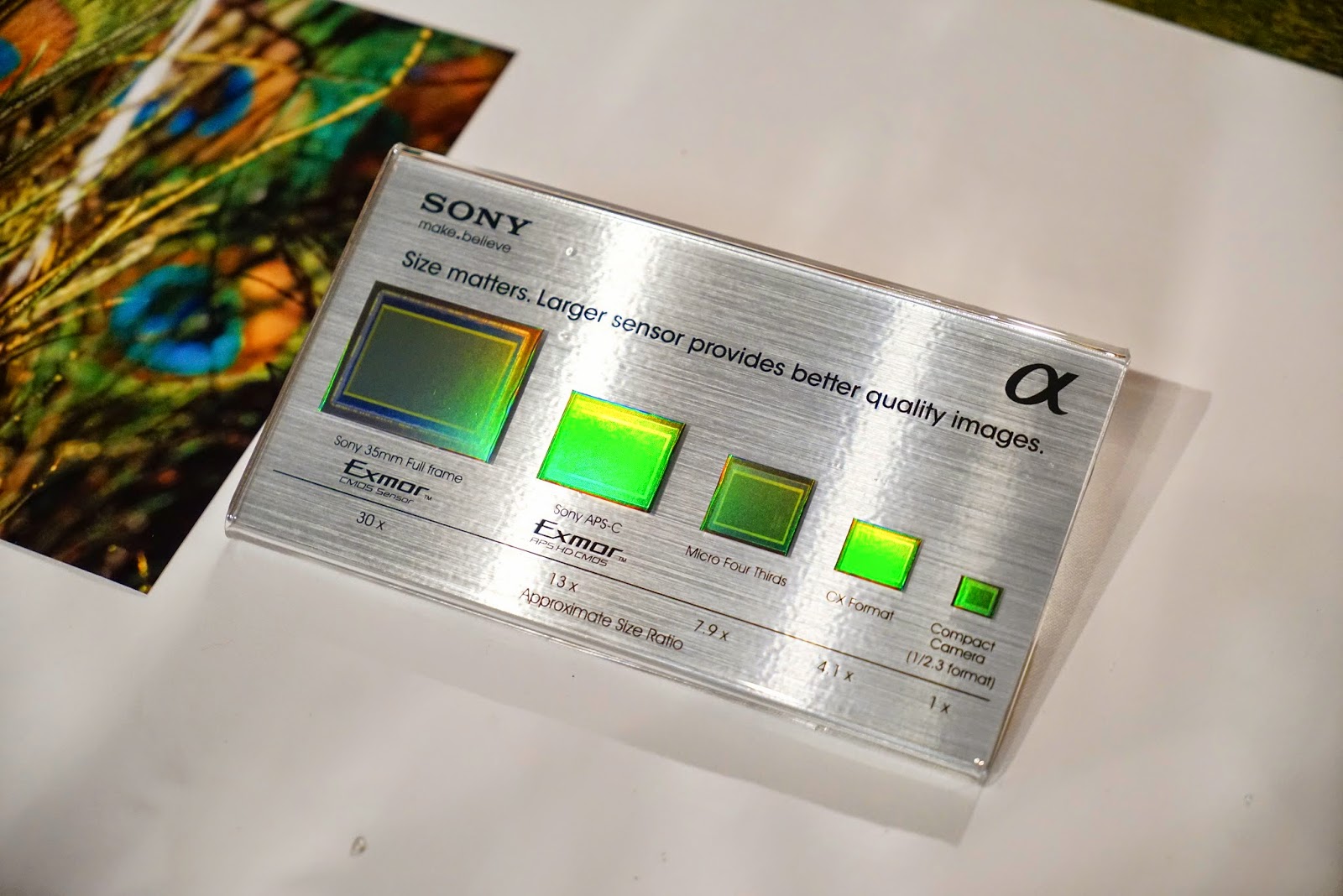 The Sony Alpha 5000 is equipped with a 20.1 megapixel Exmor APS-C HD CMOS sensor and their BIONZ X processor - resulting in better pictures with better clarity and less noise; giving this camera the ability to create wonderful images in the right hands which can wow you off your seats! 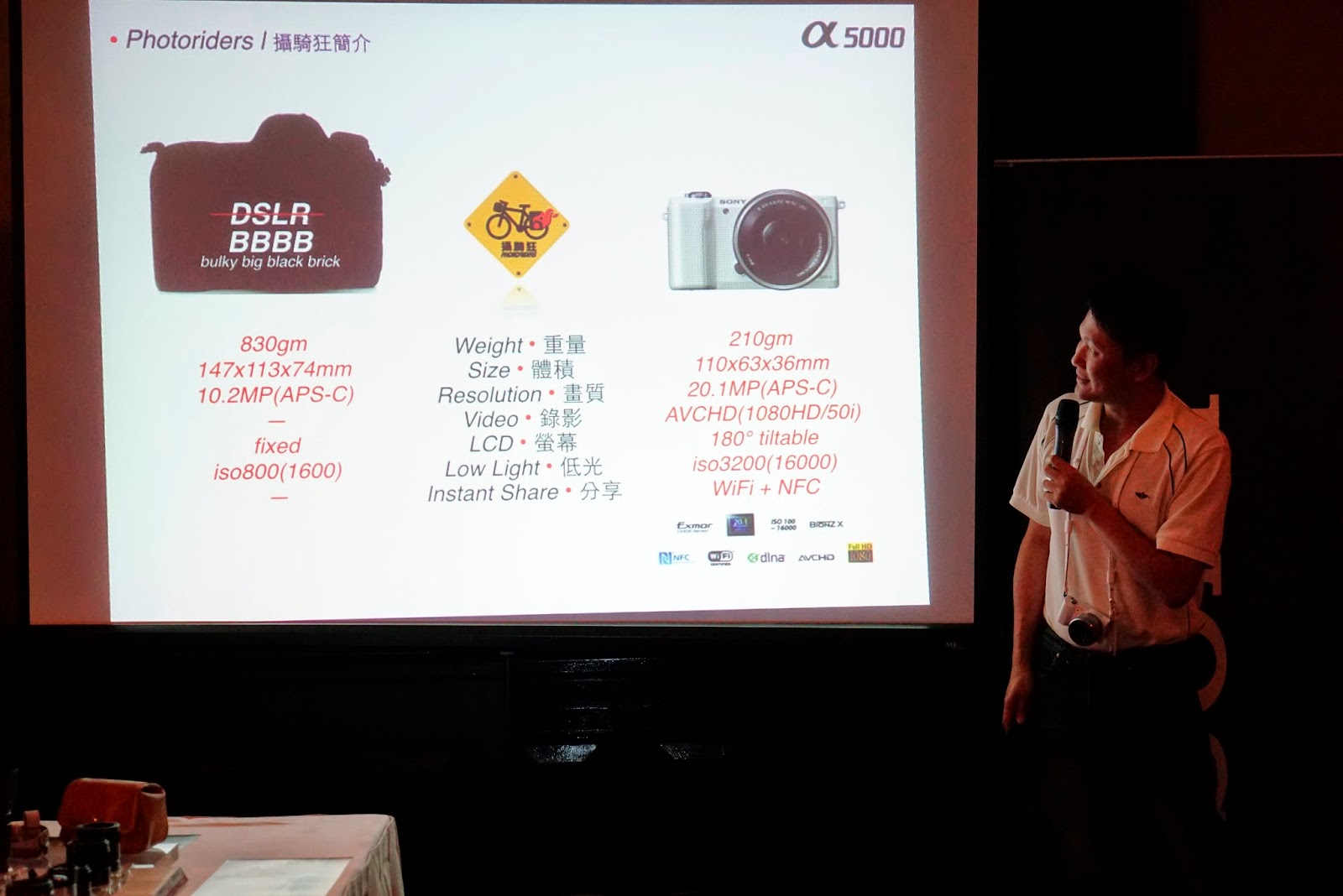 For the launch, Sony Malaysia invited Photoriders - a group of photographers who travel around on their bikes. They gave us a few insights of their experiences with the new Sony Alpha 5000 and also shared with us the pictures they took on their journey. Not only it was inspiring but the pictures emitted exceptional quality.

The Photoriders not only sang praises of the weight and the processor of the camera, but also how the LCD screen is able to tilt up to 180* which allows them to take pictures from a lower angle without lying on the floor (and for us girls the best application of that is to take selfies haha!).

Besides that, the scene mode on the camera especially the Panorama Mode allowed them to take beautiful panorama shots without much effort. They also preferred carrying the Sony Alpha 5000 around rather than the usual DSLRs is because is offered all the best attributes of a DSLR without being a " BBBB' - Bulky Big Black Brick.

The Sony Alpha 5000 is compatible with E-mount lenses giving them a variety of lenses that they could use! 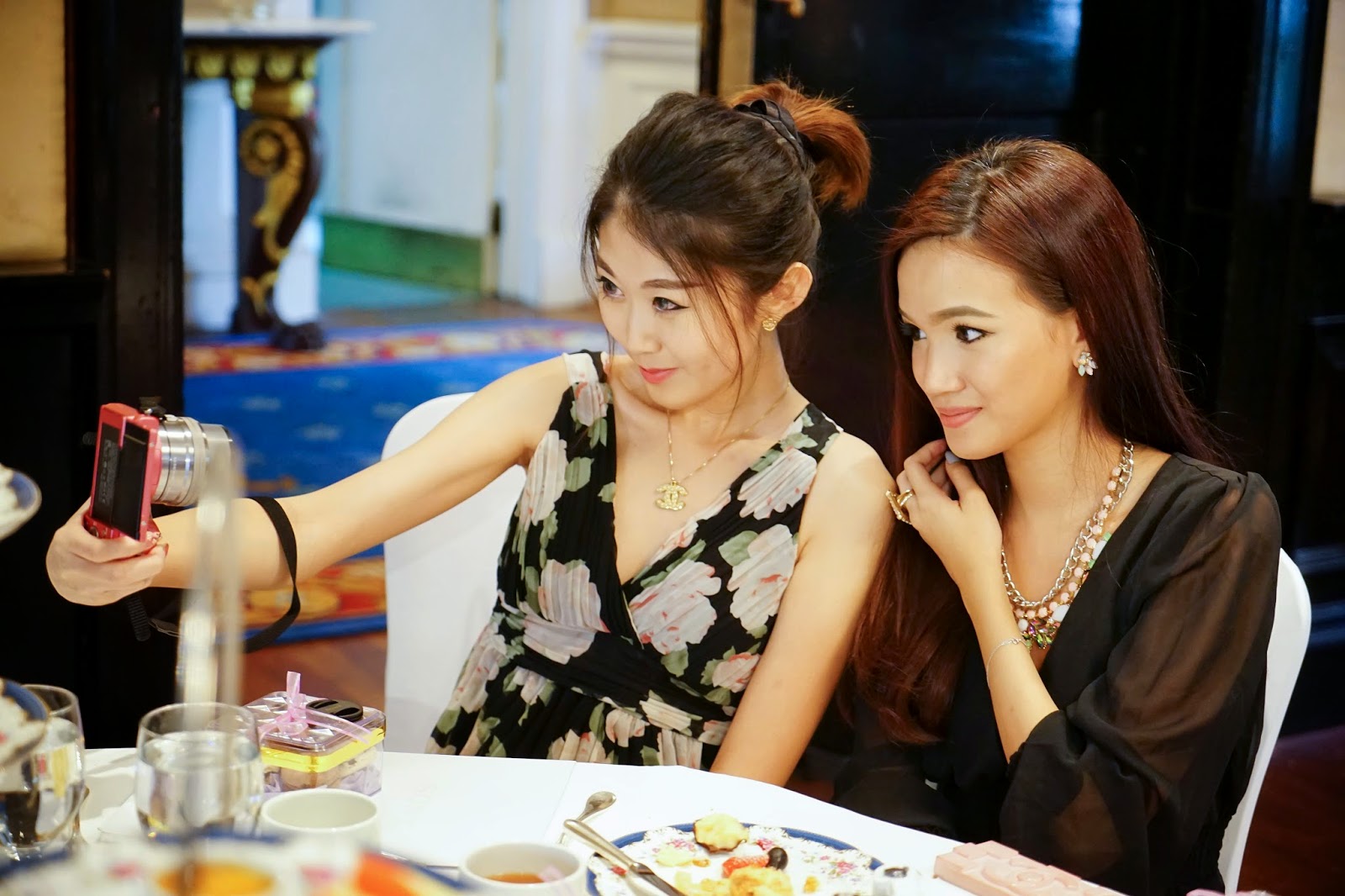 Girls being girls, first thing we were excited out to try was the Portrait mode and Soft Skin Effect (which you can set from High to Medium to Low) as you know now that the Sony Alpha 5000 has an LCD screen that flips 180* allowing us to easily capture a selfie by simply flipping the LCD screen up to see what the camera sees while using one hand to capture a picture of yourself (or of your friend in this case) in your best perfect pose! 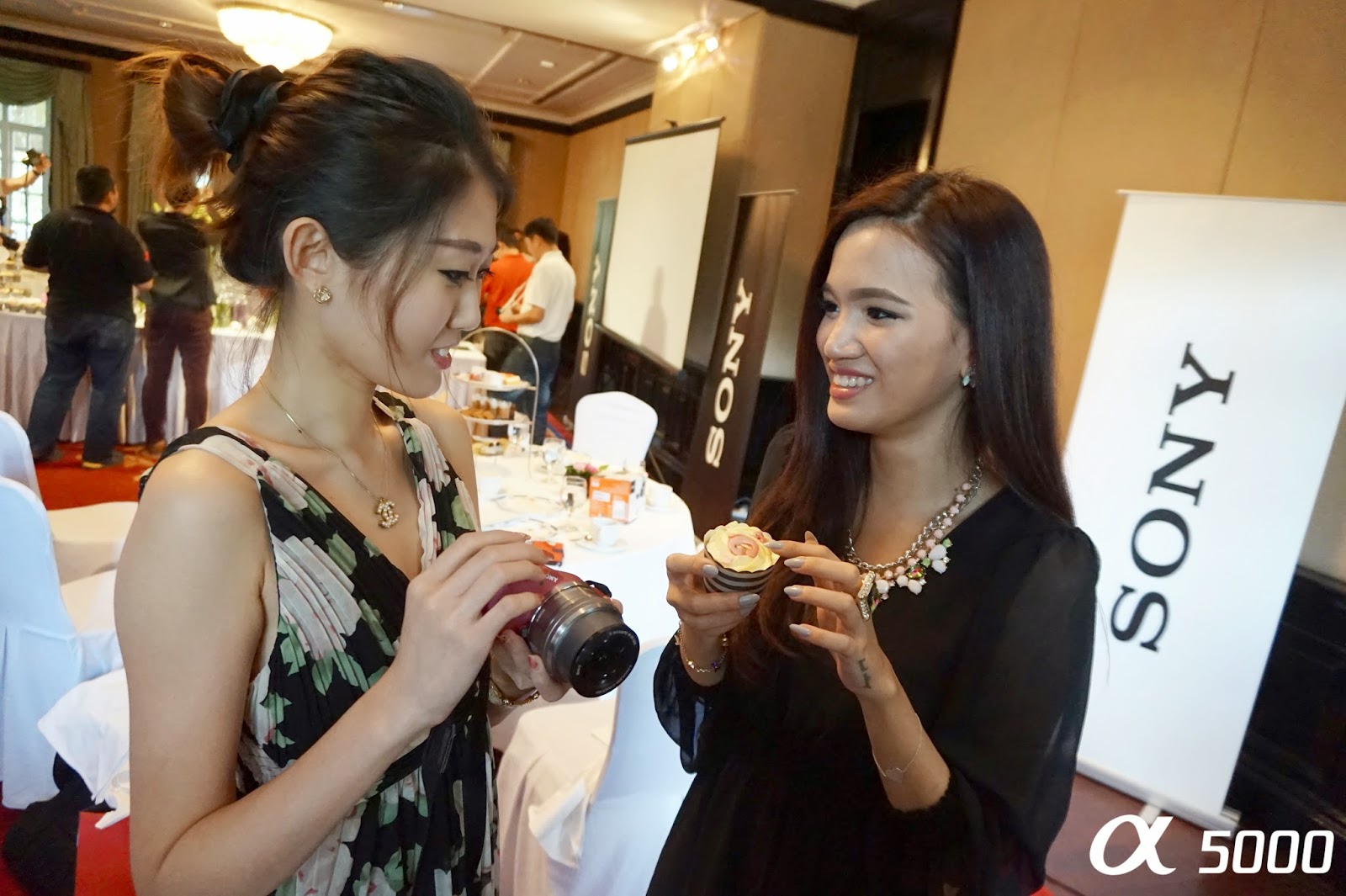 Kate and I were quite impressed with the camera even though the little time we've only spent with the Sony Alpha 5000. It has a very user-friendly interface which means less complications when using the camera and tons of scene modes to experiment with not forgetting the light compact body with pop-up tiltable flash which allows us to easily carry this camera around even when we're dressed to the nines. The pop-up tiltable flash is awesome as sometimes direct flash can be too harsh especially when you're taking macro shots in a tight space, reflecting the flash to a different position helps with the harshness of the light which might cause over-exposure. 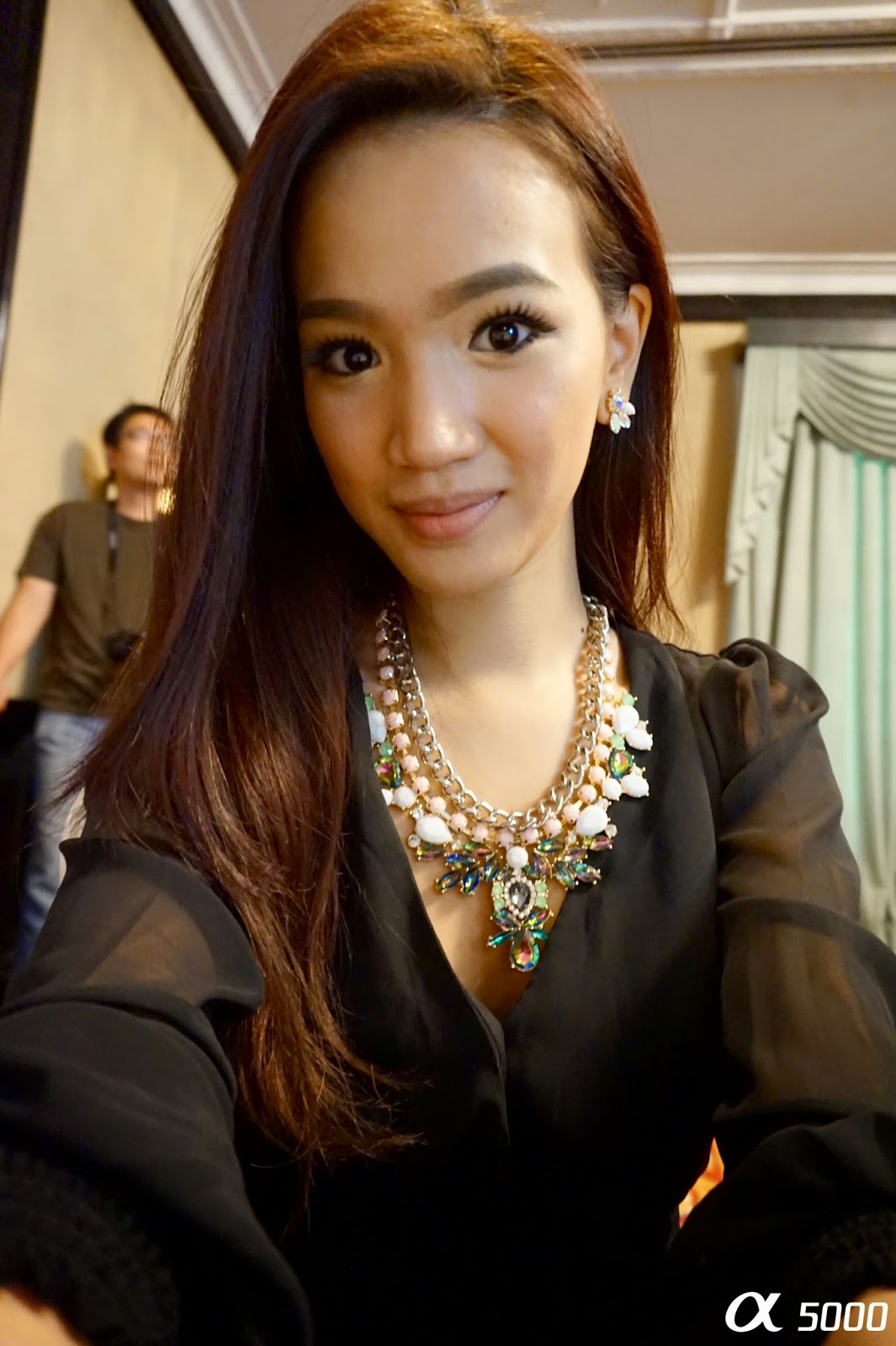 Took a selfie using the Portrait mode with Soft Skin effect set on low and was able to transfer it using WiFi straight to my mobile phone using the PlayMemories Camera App which I've downloaded earlier. You can also use the NFC for One-touch sharing! Now you can share pictures on your preferred social media outlet on the go, anywhere, anytime. It only take one click to do so and you'll have clear crisps pictures to share with friends and family.

After all the presentations, Sony Malaysia held a competition for all the attendees to participate in. The winner shall be chosen by the picture they submit for the panel of judges to judge on by following a few key points such as, the picture has to show a flair of creativity, quality, usage of the cameras function and so on. 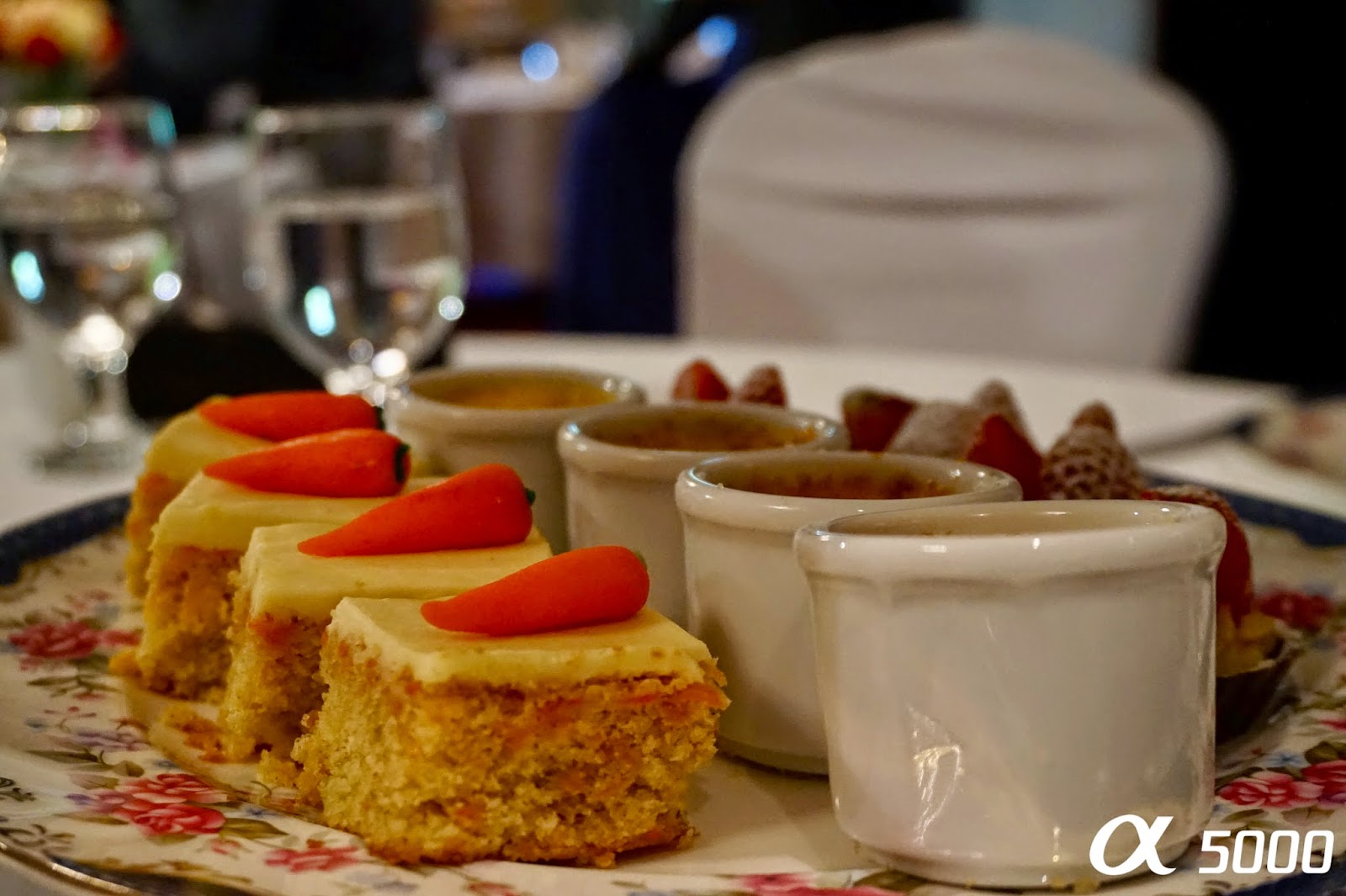 We also got to enjoy a delicious high tea while taking photos to submit for the competition. 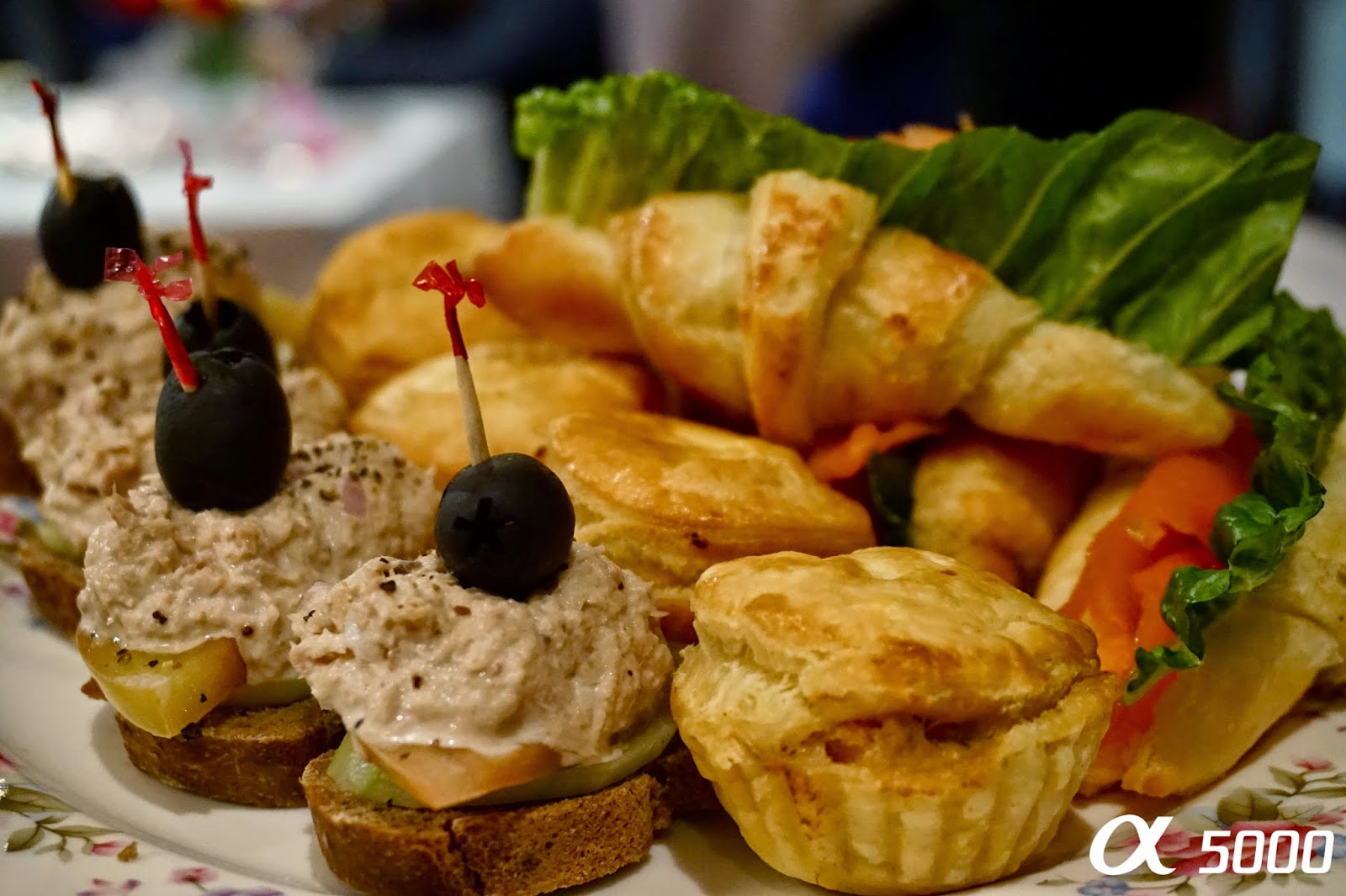 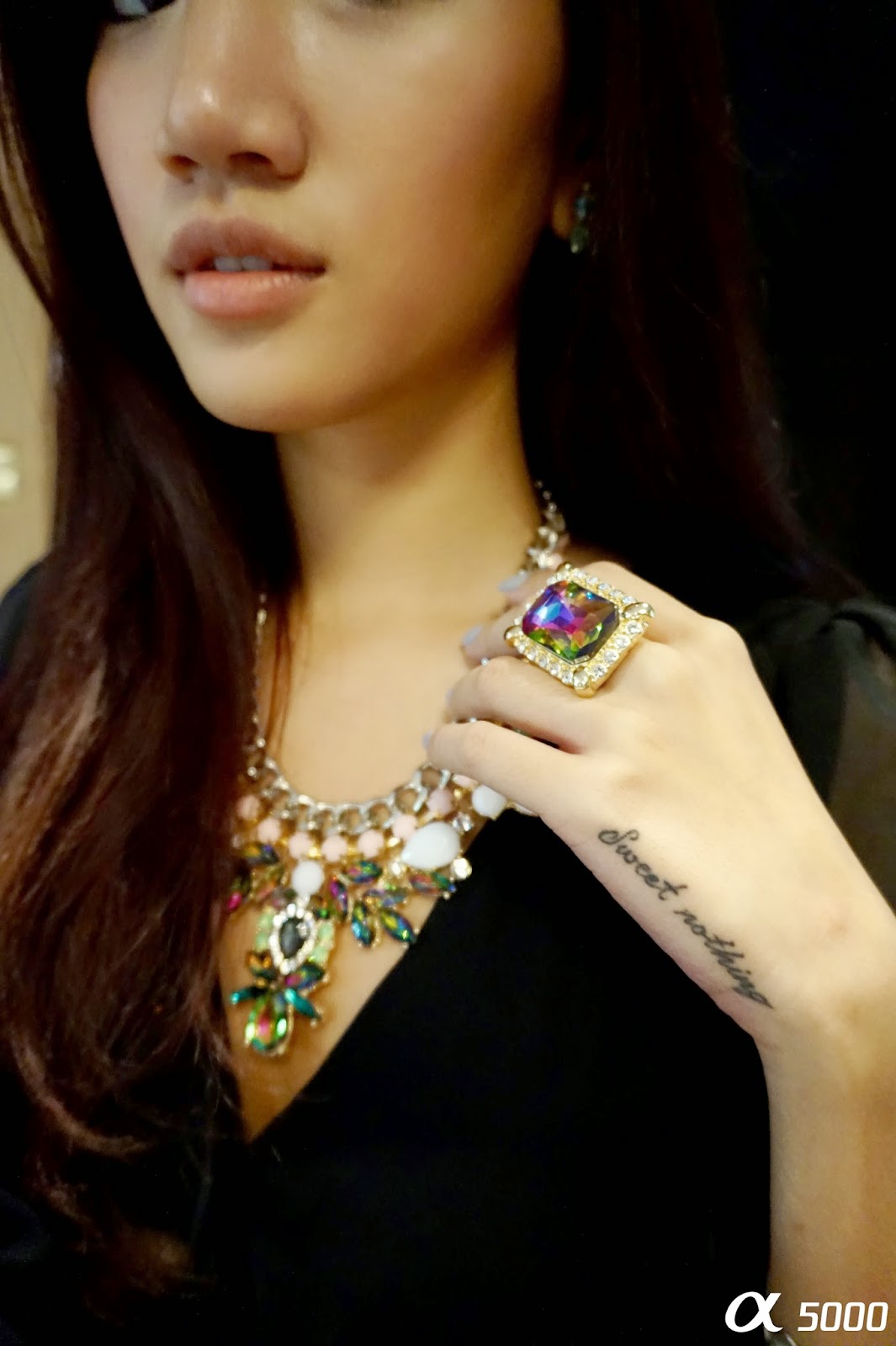 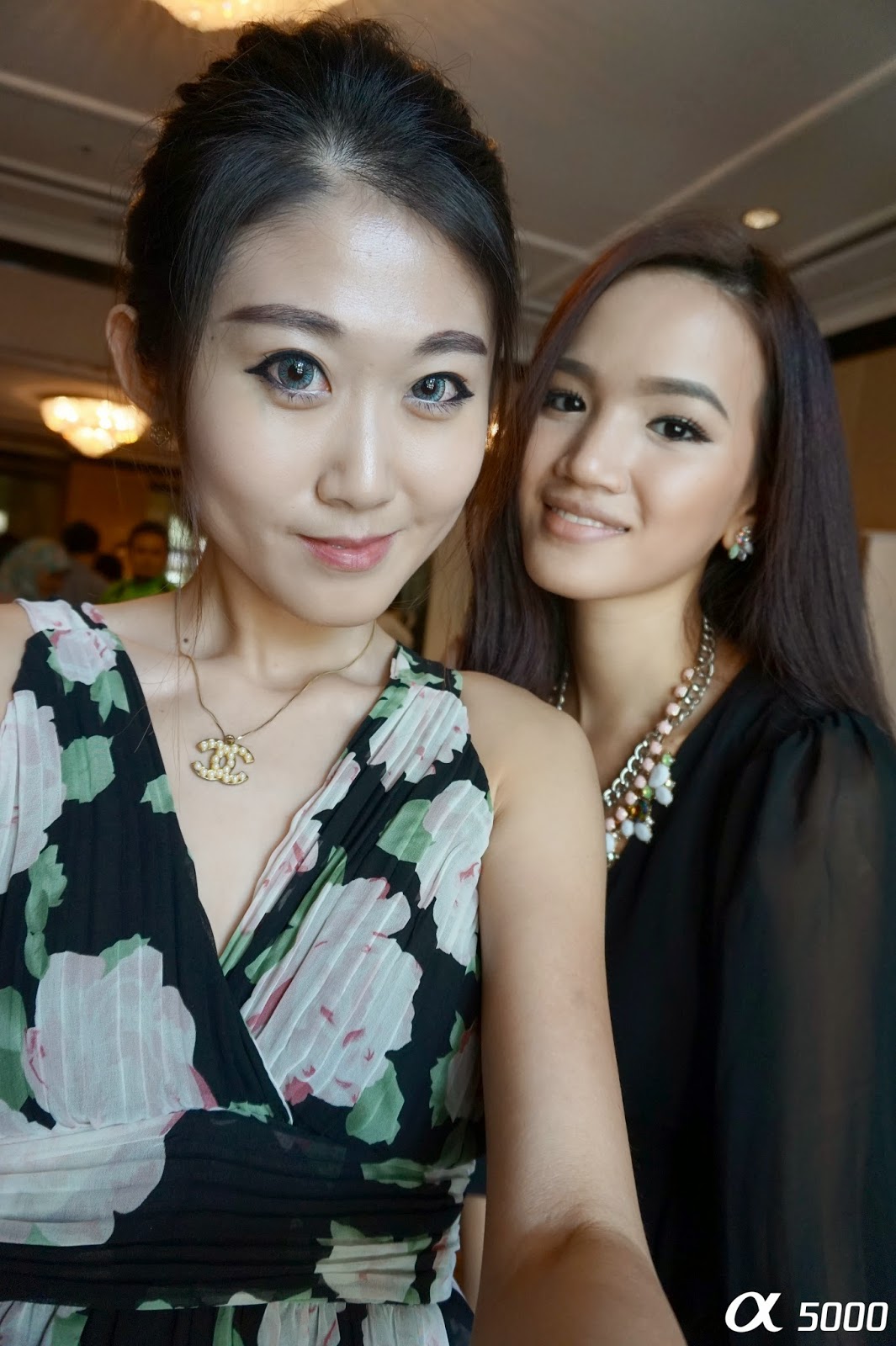 I chose the picture above to be submitted but sadly I did not win. I saw everyone taking pictures of cupcakes, flowers and the likes ; as I wanted to be different and to show the functions of the camera, I thought a selfie of myself, plus how the camera focuses on my ring which sparkles in the picture and highlights how the background is in defocus would be something different. 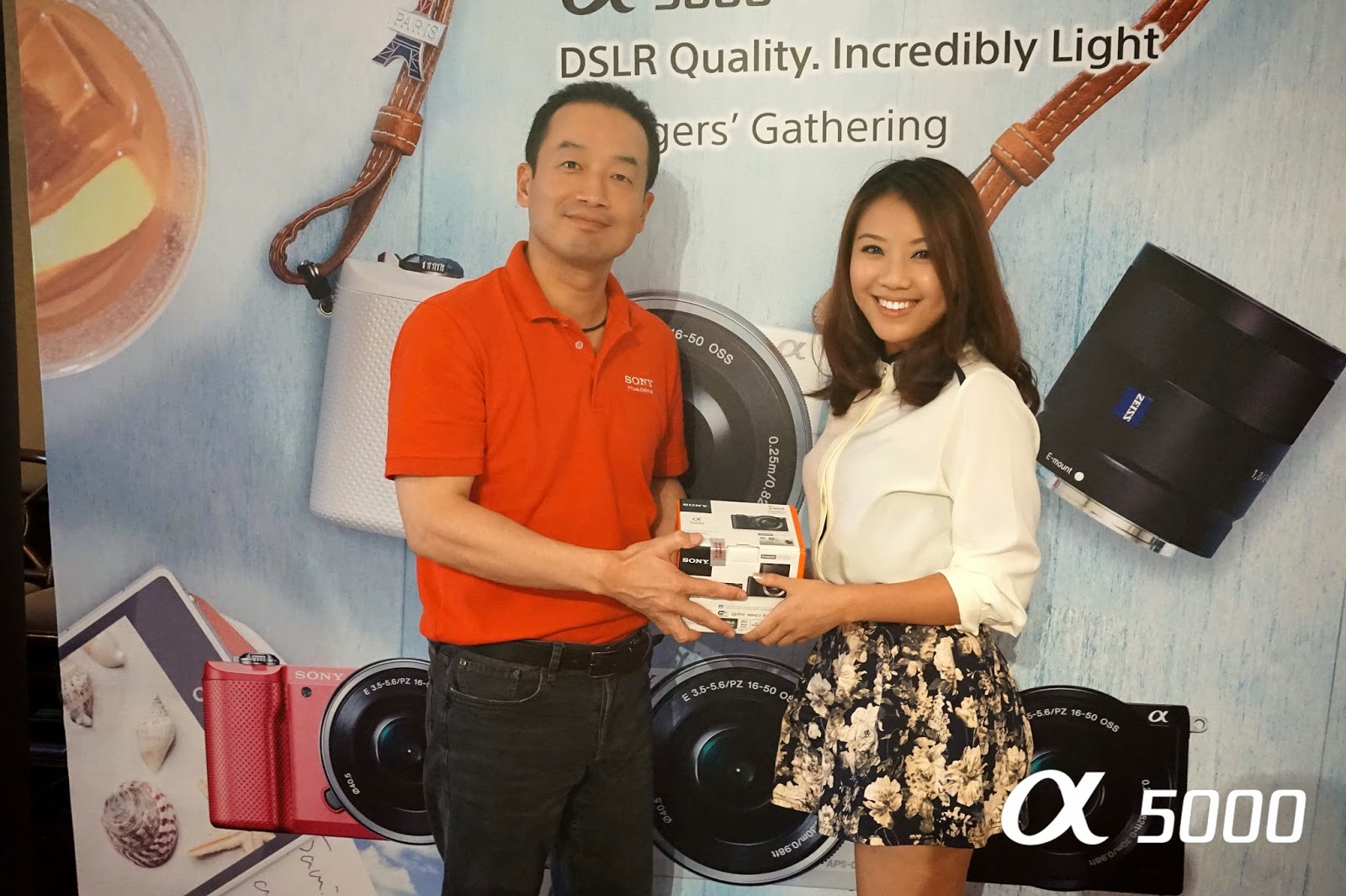 Nevertheless, another member of MHB walked away with a winning shot and a new Sony Alpha 5000! Yay team MHB!


She'll be the first person in Malaysia to own a Sony Alpha 5000! How cool is that? 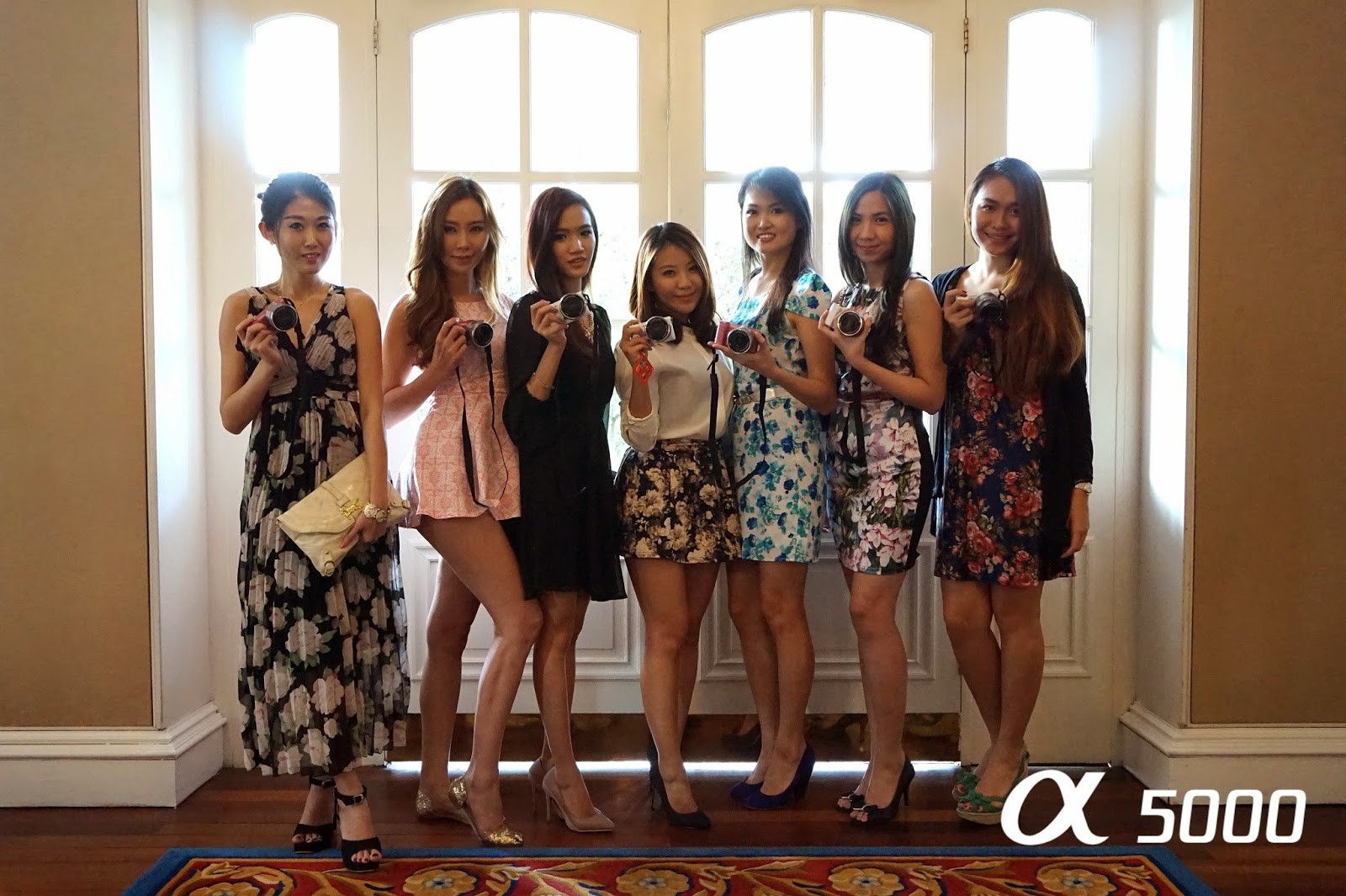 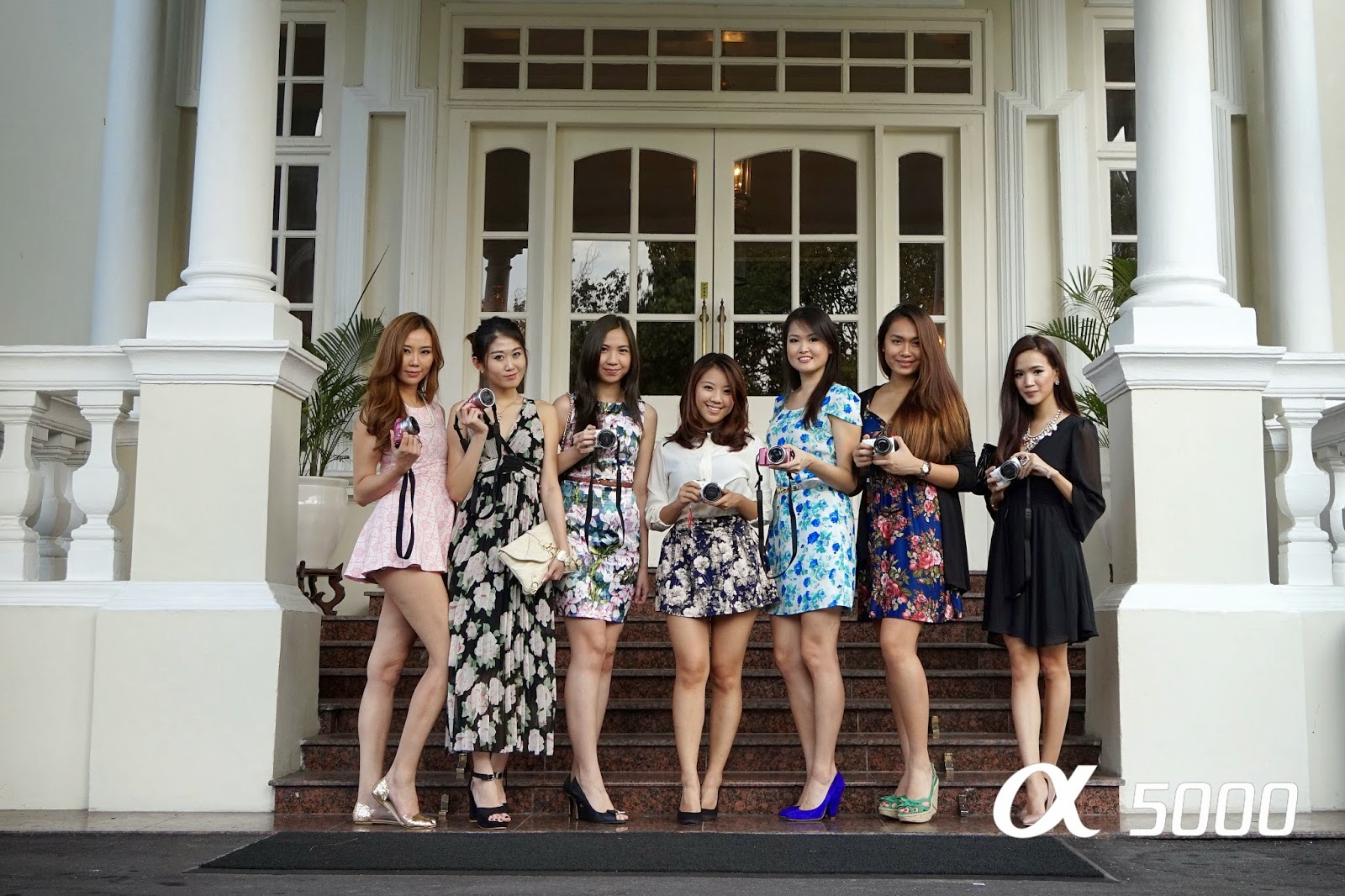