Ever since Kronenbourg 1664 entered the market, I fell in love with the Blanc version! It's light, fresh and fruity. A beer I know, I myself would truly enjoy. It was brought in by Carlsberg Malaysia a couple years back in December 2010 to expand its portfolio of beers.

Kronenbourg 1664 was founded by Jérôme Hatt in 1664, and has expanded globally especially after it was acquired by the Carlsberg Group in 2008, and is now available in over 60 countries. Kronenbourg 1664 comes in two variants, the Kronenbourg 1664, which is brewed from Strisselspalt hops, known as the “caviar of hops”; and Kronenbourg 1664 Blanc, a refreshing wheat beer brewed with a hint of citrus and coriander spice, giving it a sweet and unique flavour making this variant quite a favourite among girls who otherwise would normally never touch a beer. The brand was awarded gold medals during the “International Brewing Award” in 2004 and 2005, making it the first and only brand to bag a gold medal for two years consecutively. 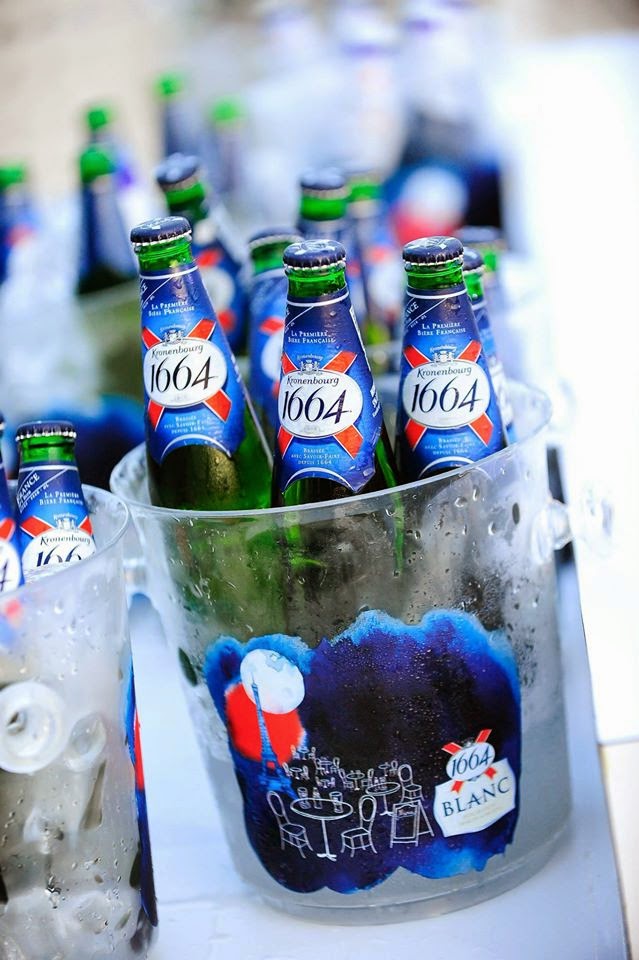 Since its launch, Kronenbourg 1664 has been exposing Malaysian consumers to the French way of life (the way I wish to live :p) namely – food, fashion and enjoyment. Three thinks I love! And I myself have been to a couple of Kronenbourg events around Kuala Lumpur such as Kronenbourg 1664’s signature event L’Aperitif Fashion.

Other than that, Kronenbourg was the official beer of the BMW WTA Open and STYLO, a series of wonderful fine dining food pairings, and most recently their Cinq à Sept campaign which is all about having good work life balance and recently Kronenbourg threw a wonderful BBG Rooftop party at The Roof which I was there to experience! 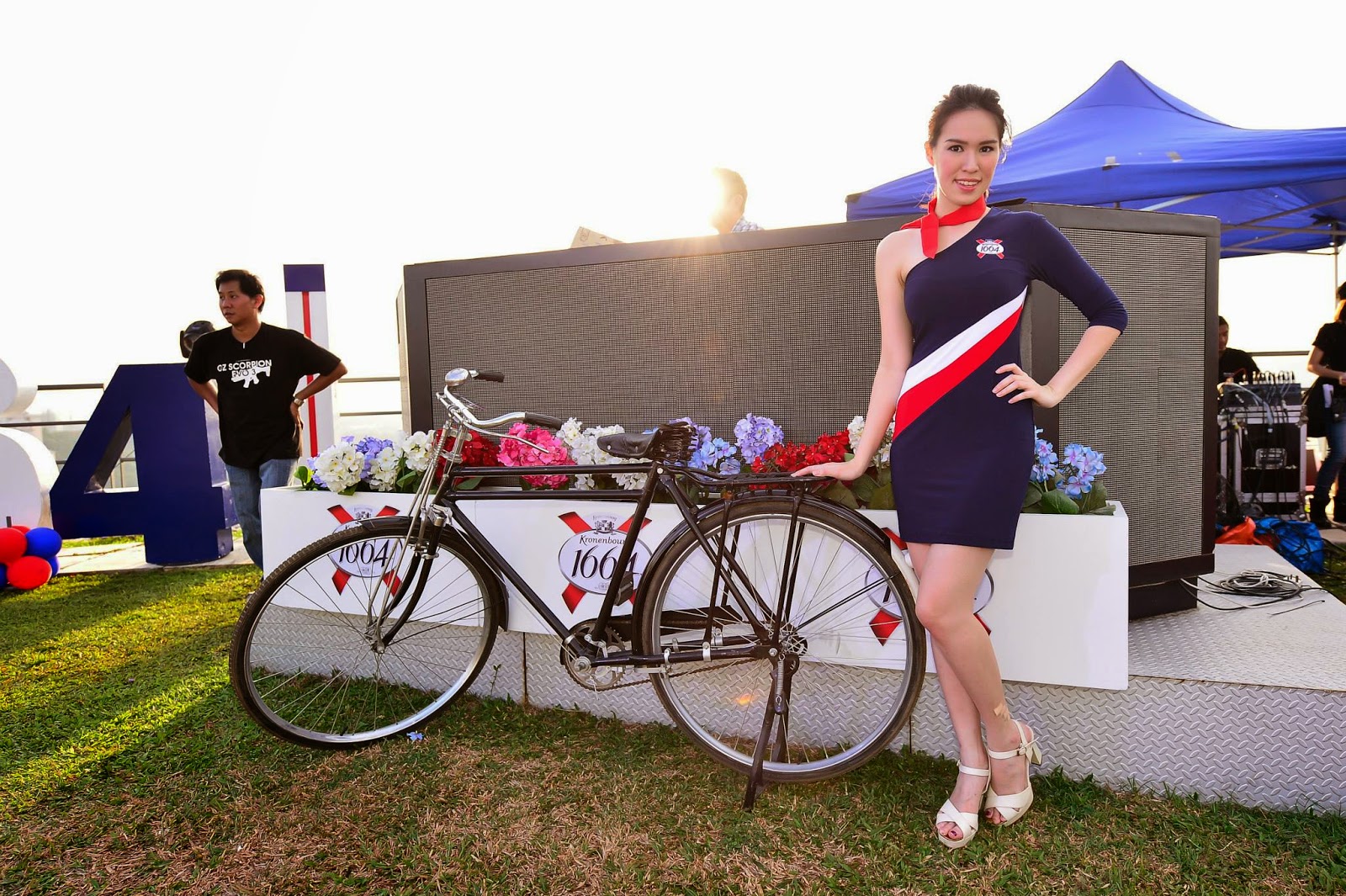 People today live a fast paced life, and those who live and work in the city, you’re most likely to experience a higher level of stress – be it crazy never ending traffic jams, having to work long hours on a regular basis, never ending work tasks, even the heat and humidity of being in the city, the list goes on and on… 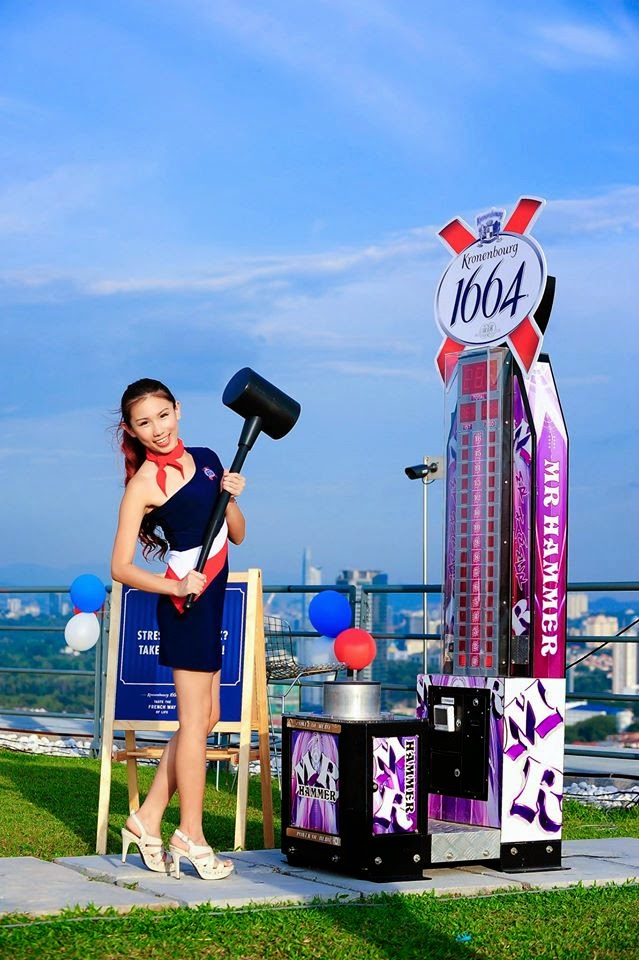 To give yourself a little break from the stressful lifestyle, Kronenbourg 1664 has come up with ‘Taste the French Way of Life’ which is a brand new thematic campaign aimed at giving you and your friends some enjoyable, memorable yet simple experiences like the French! 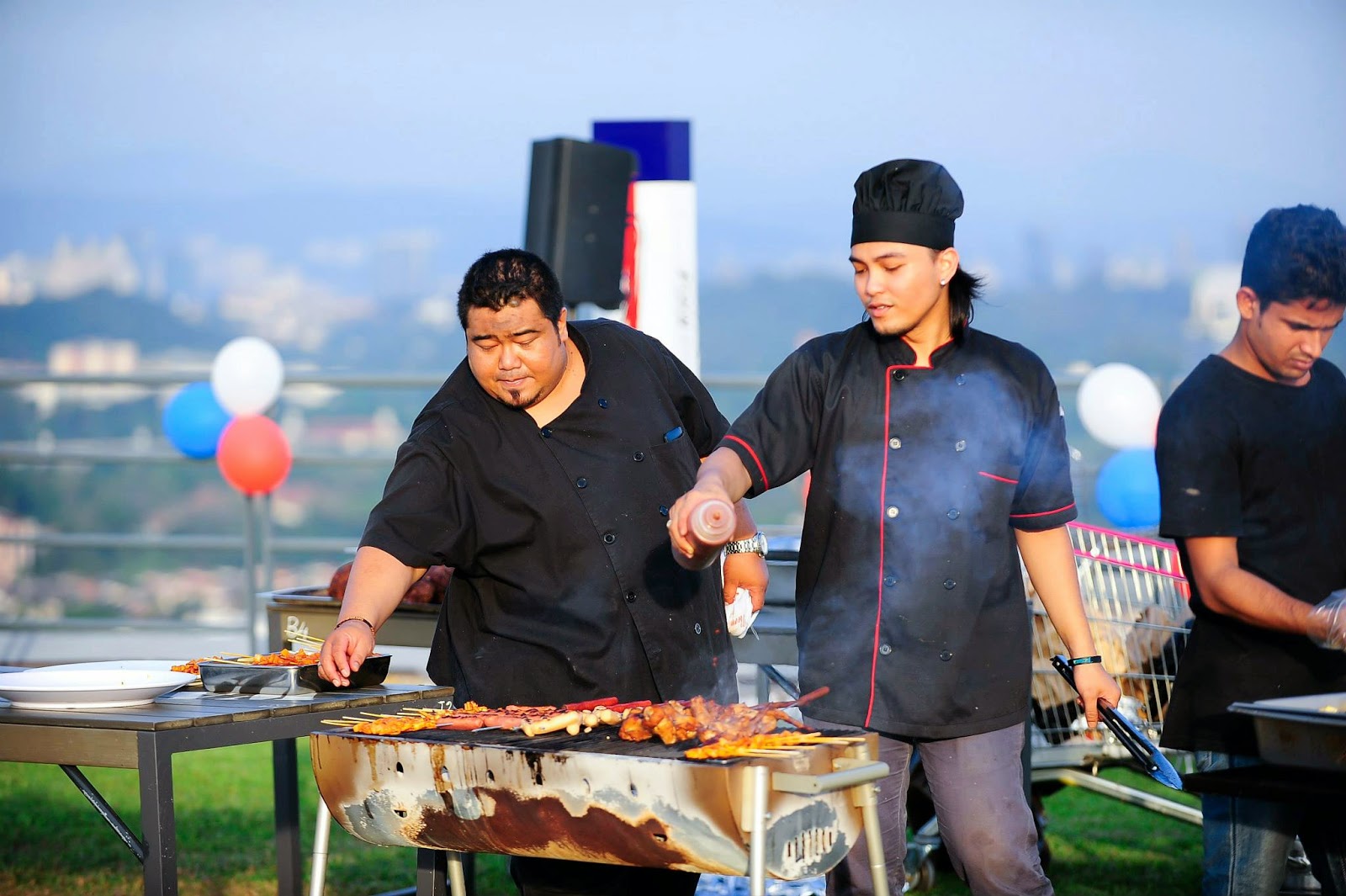 The French are known to really enjoy their life, while Malaysians (mostly Asians) on the other hand are quite career and work-driven, striving from morning till late evening to make a good living for themselves and their family.
While I won’t say that one culture is better than the other, somewhere in between is where Kronenbourg 1664 wants you to be with “Taste the French Way of Life”- achieving a good work/ life balance. 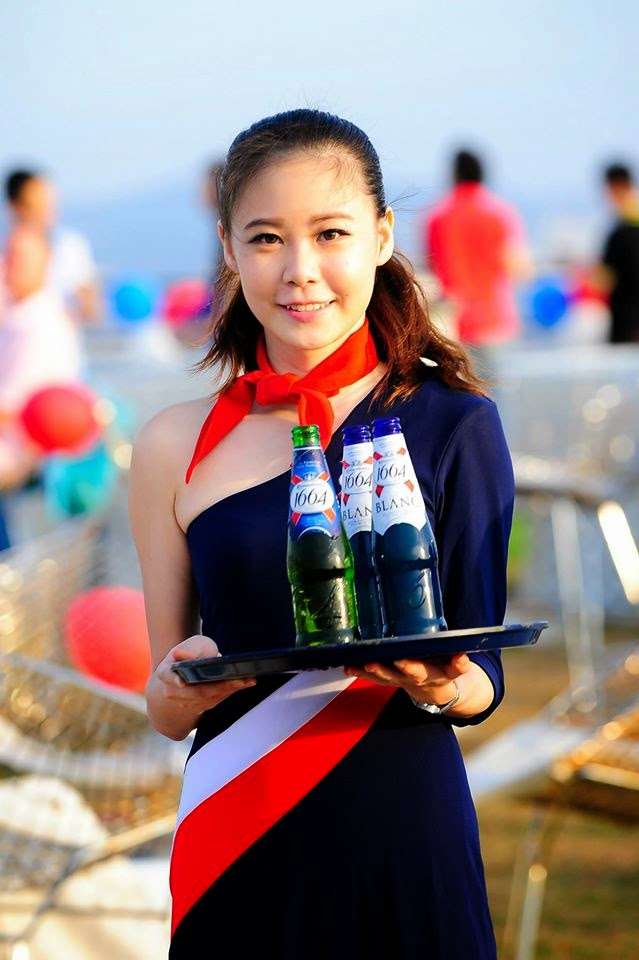 After all, all work and no play makes life very boring. On the other hand, all play and no work is not sustainable for long unless you’re born with a silver spoon in your mouth.
So for the majority of us who have to work to day in, day out, Kronenbourg 1664 has come up with a series of events to make us really look forward to Fridays! 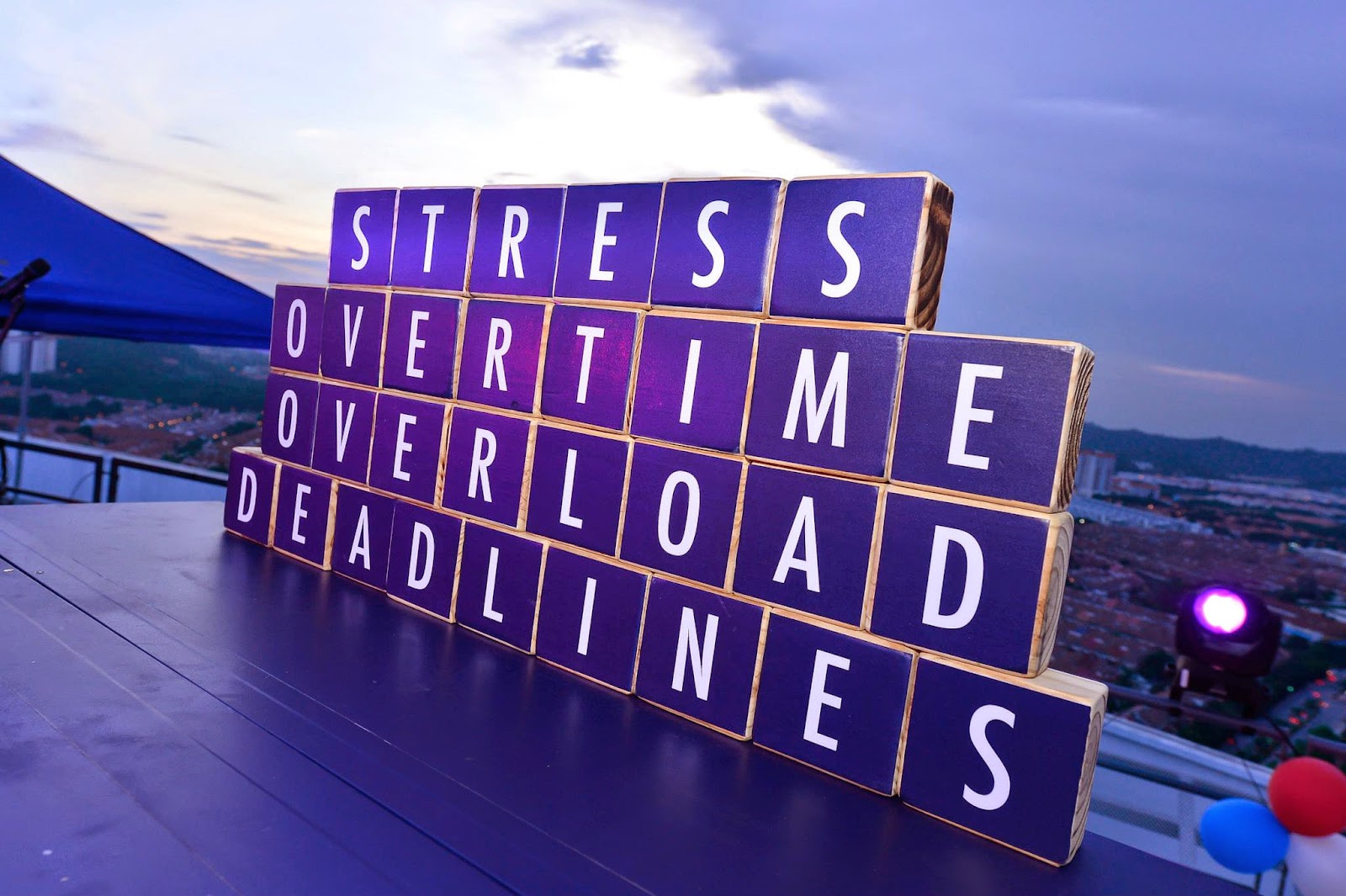 Kicking off the series was the Kronenbourg 1664 Rooftop BBQ party at Stratosphere, The Roof, First Avenue Bandar Utama on 8 August 2014. 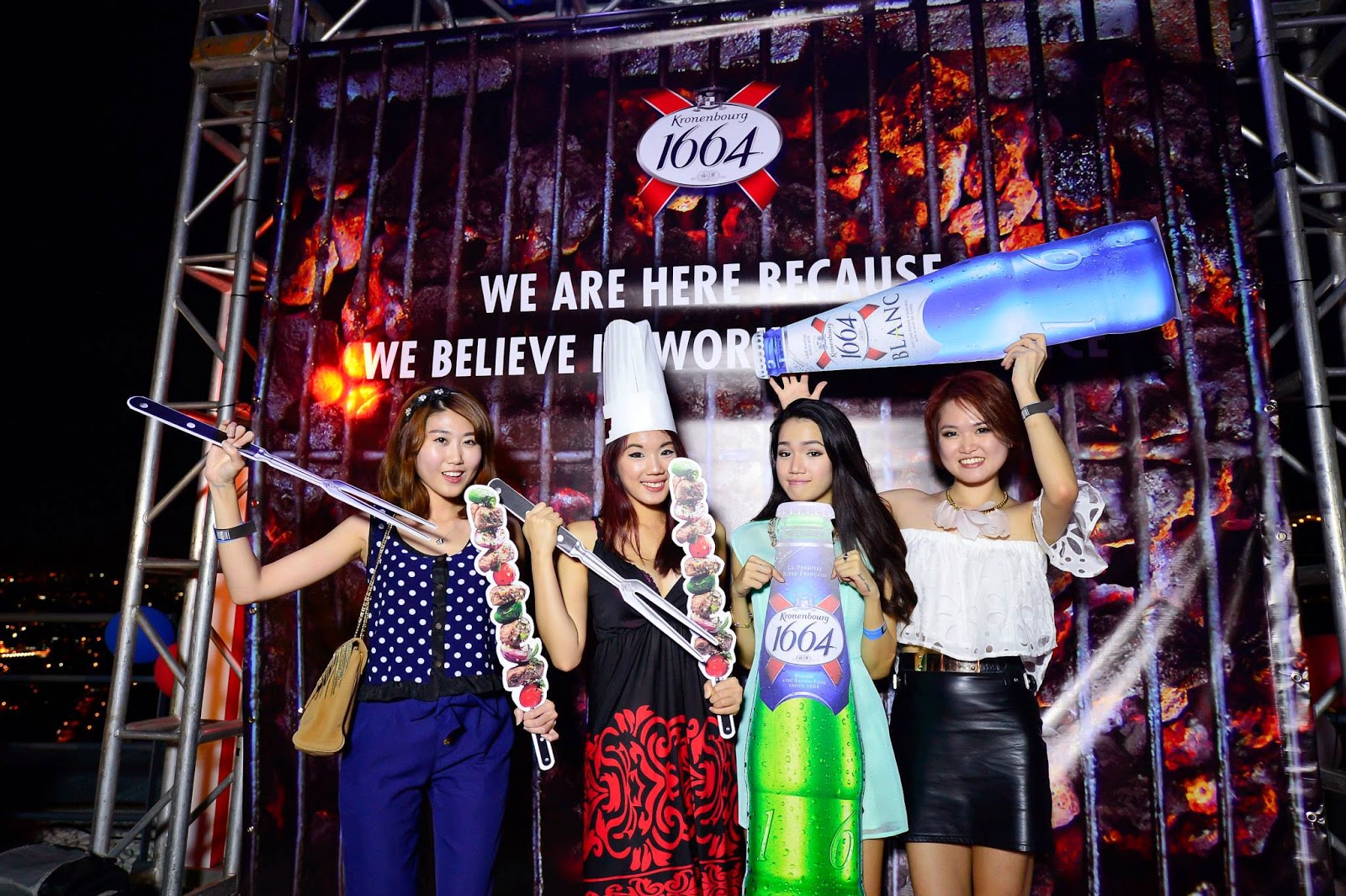 Along with the Malaysia’s Hottest Bloggers’, we chilled over some ice-cold Kronenbourg 1664 beers, taking pics, lounging on the sofas and watching the beautiful sunset while the smell of food on the BBQ wafted through the air making us hungry.
It was so funny how, when we first met none of us (except Tim and Kelly) was even in the working industry and now we are! We understood what Kronenbourg 1664 was trying to achieve as Malaysians can sometimes be so caught up in work that they forget to appreciate the finer and simpler things in life – friendship, togetherness and quality moments. 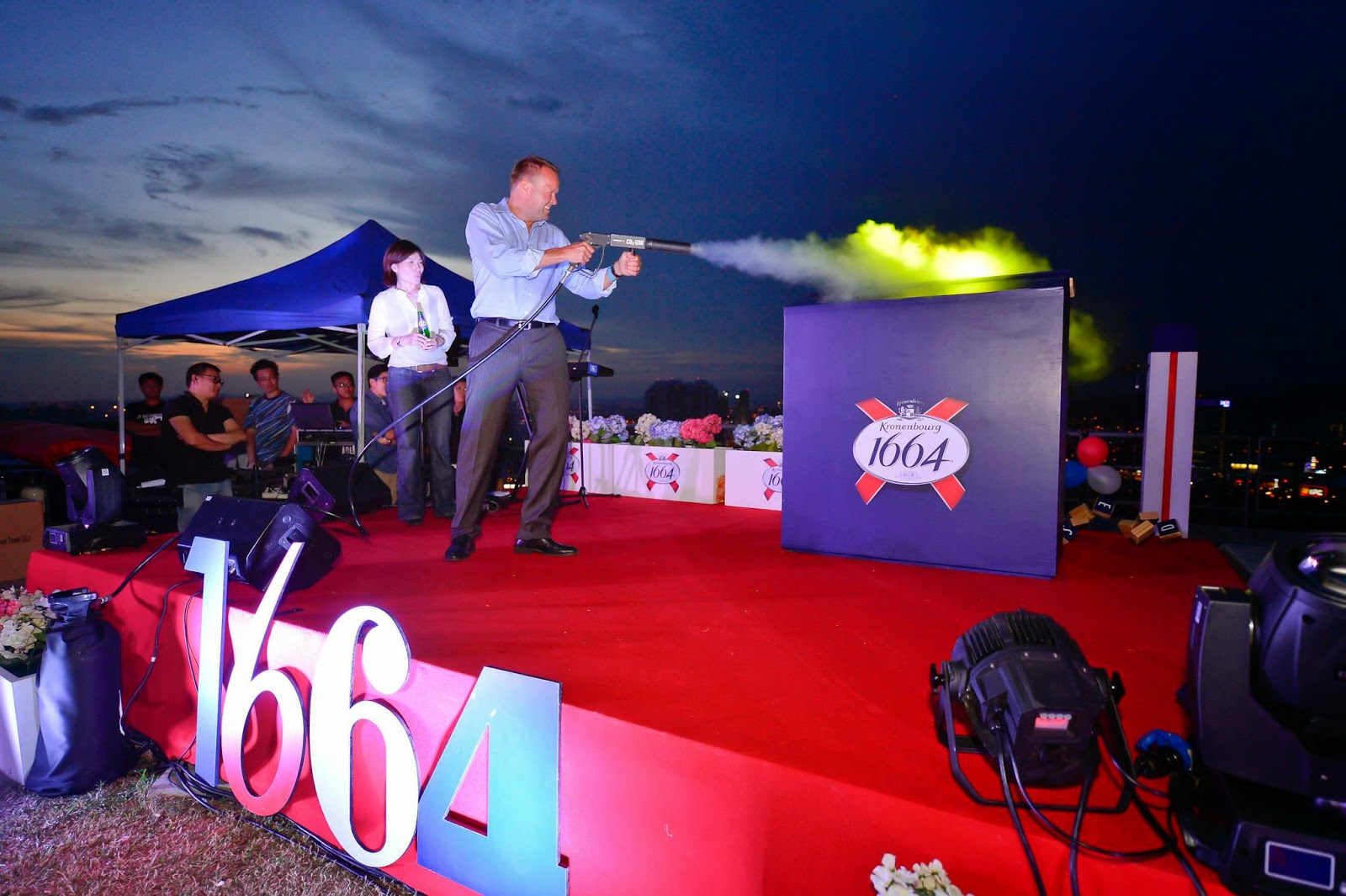 Henrik later went up on stage for a short speech and the launch gambit which involved him using the gas gun (which you will see quite frequently in PLAY) to blow away all your stress and worries. 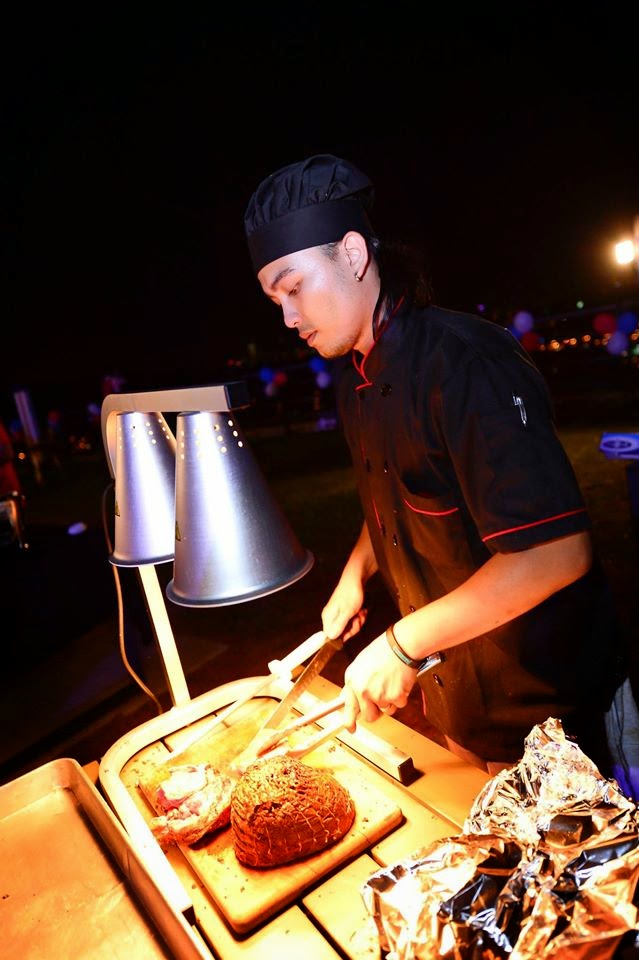 Then it was time for dinner! BBQ chicken wings, sausages, roast lamb, pasta, potato wedges and even marshmallows along with a whole lot more dishes were in the buffet line! You will be spoiled for choices or probably too stuffed from all the food hehe. 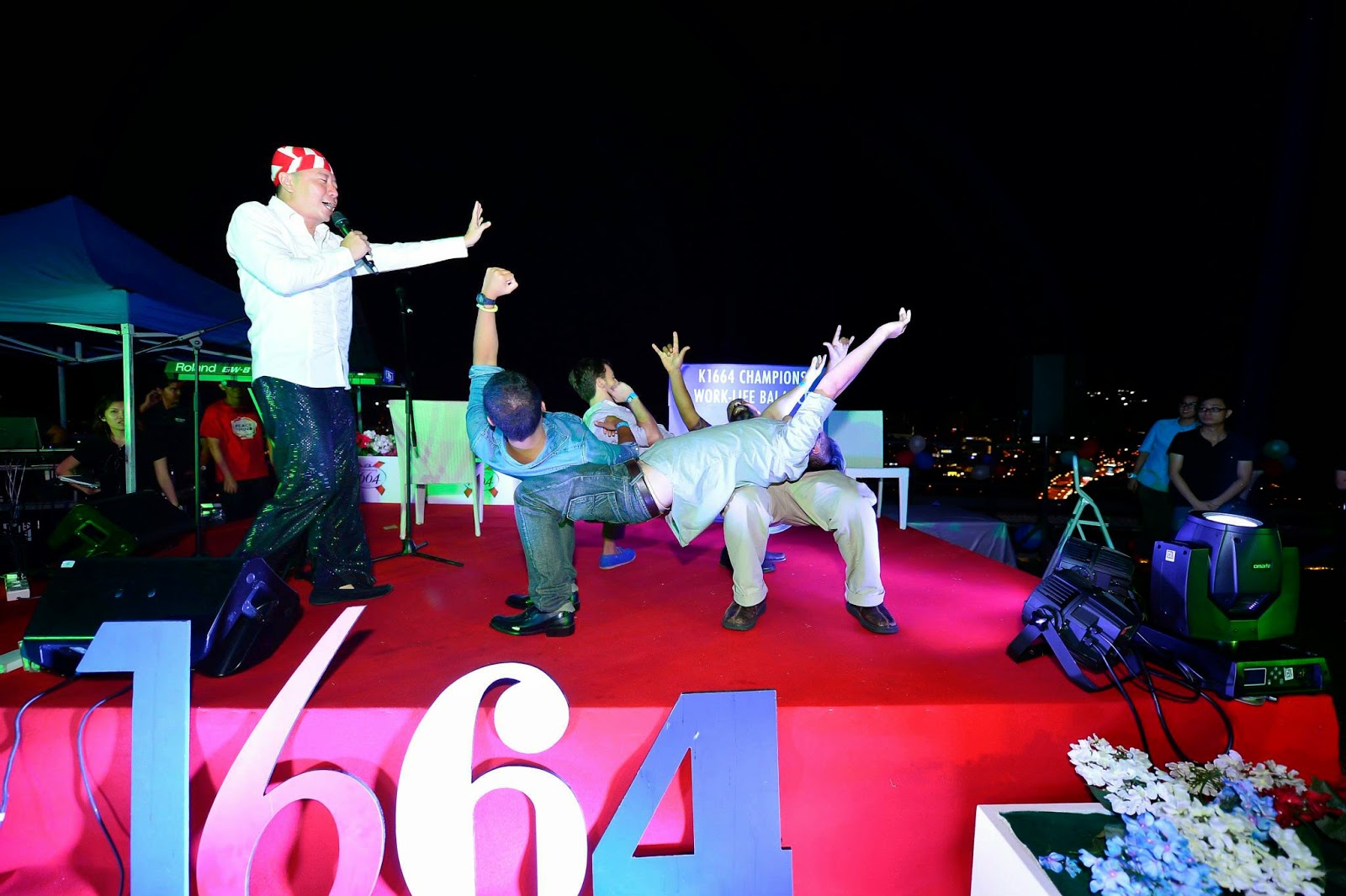 The MC kept the crowd entertained with games giving out cool prizes like a Kronenbourg 1664 mini fridge (which I so want!) to the winners! 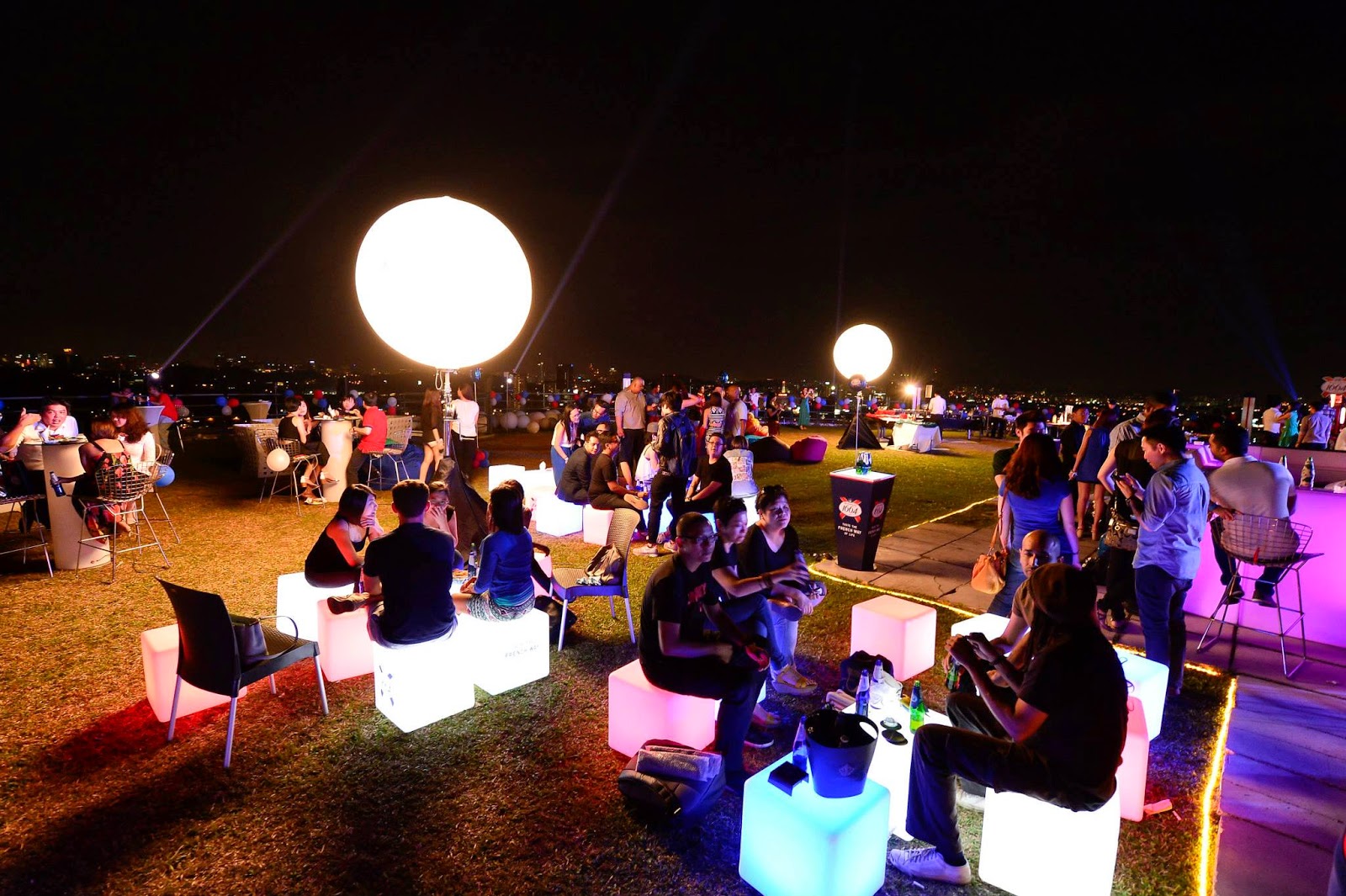 Everyone was kicking back and enjoying themselves with the food, beers and entertainment. What a perfect way to end a busy tiring day. You don't get much of this events in KL don't you.

So happened that it was a nice and breezy night too which added to the overall ambience! 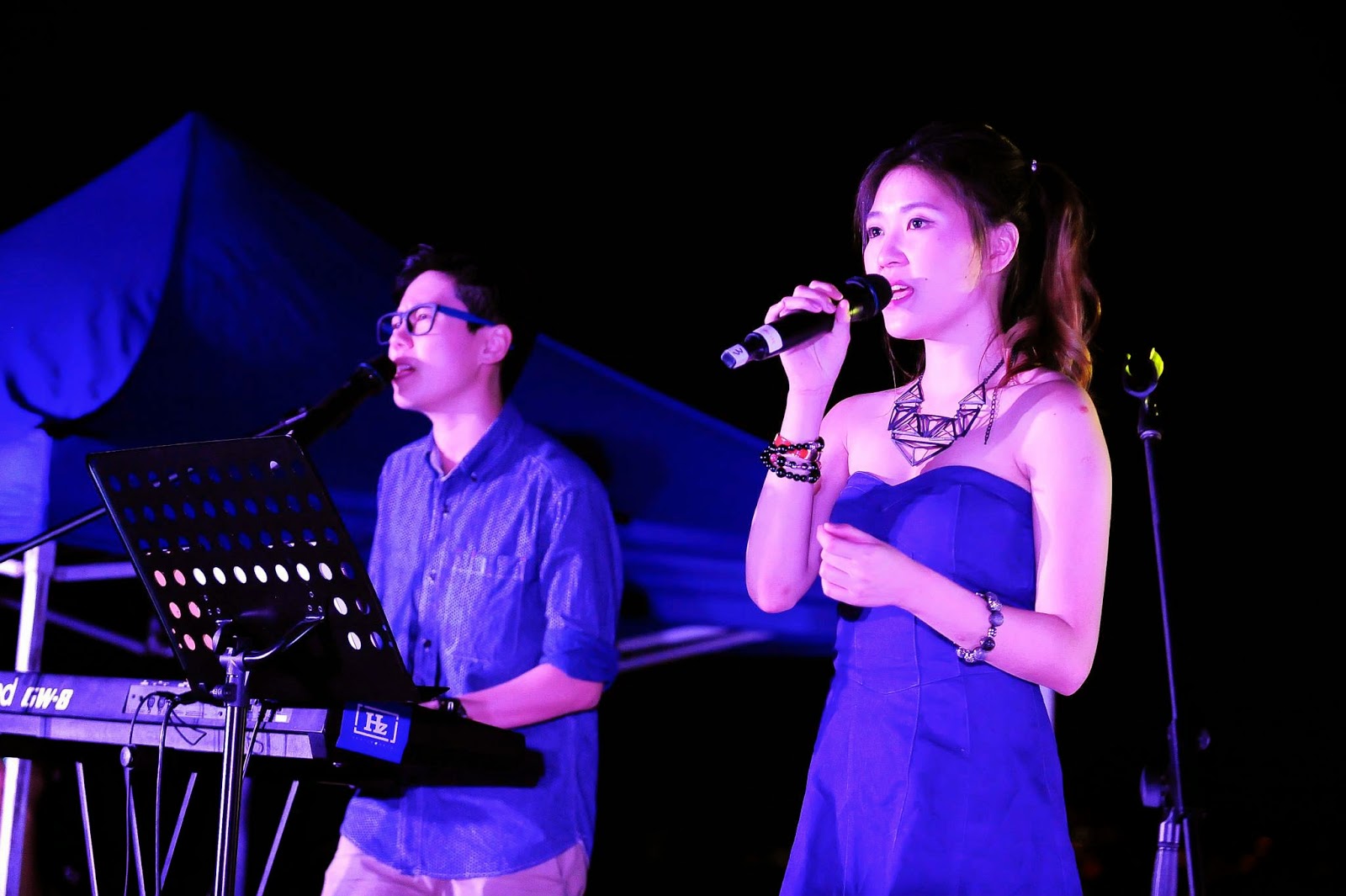 While we were enjoying the yummy food, a live band serenaded us with some of the latest hits as we sang a long word by word to tunes we know. 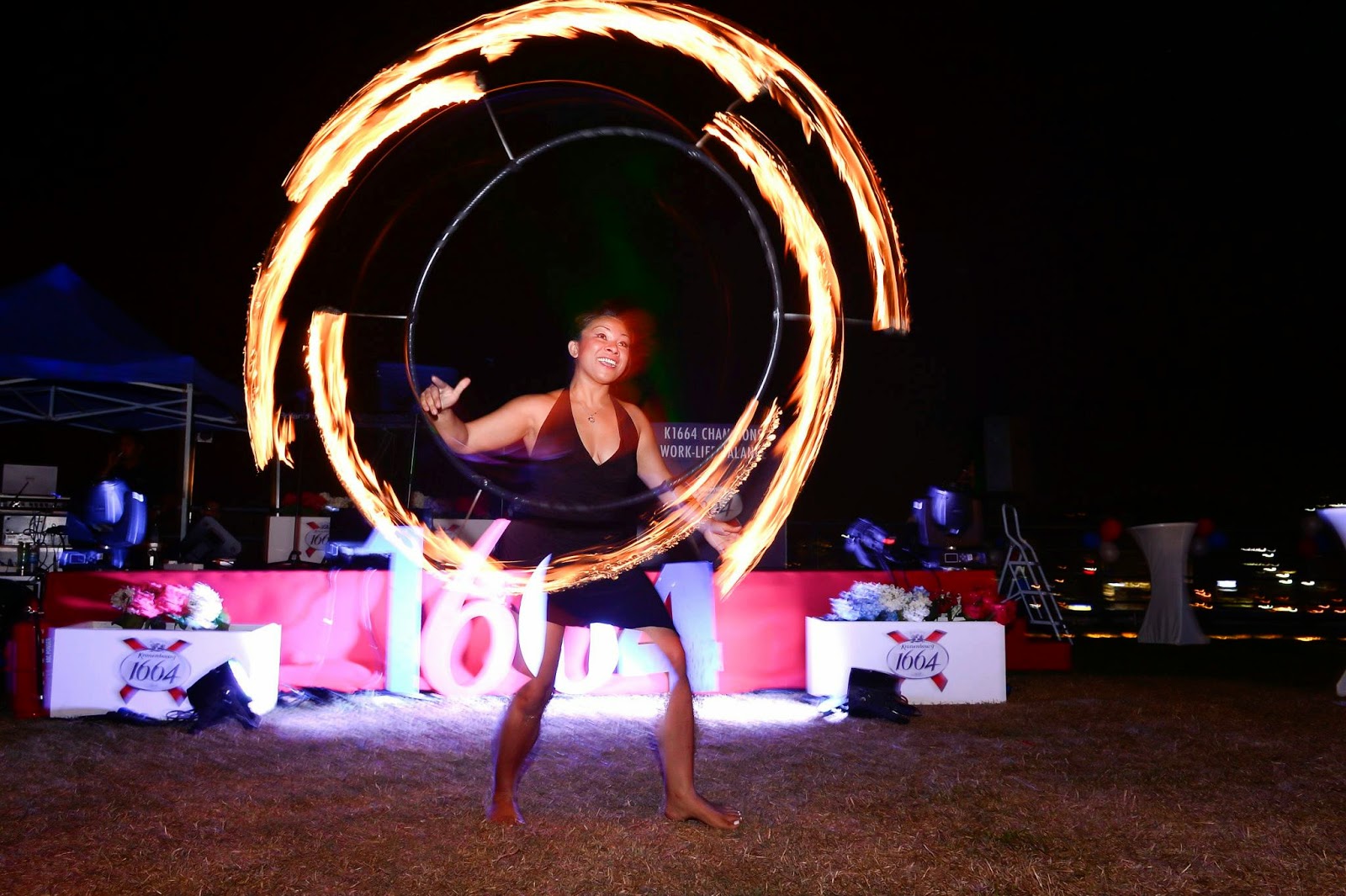 A poi fire dancer enthralled the crowd with some fiery daring acts! 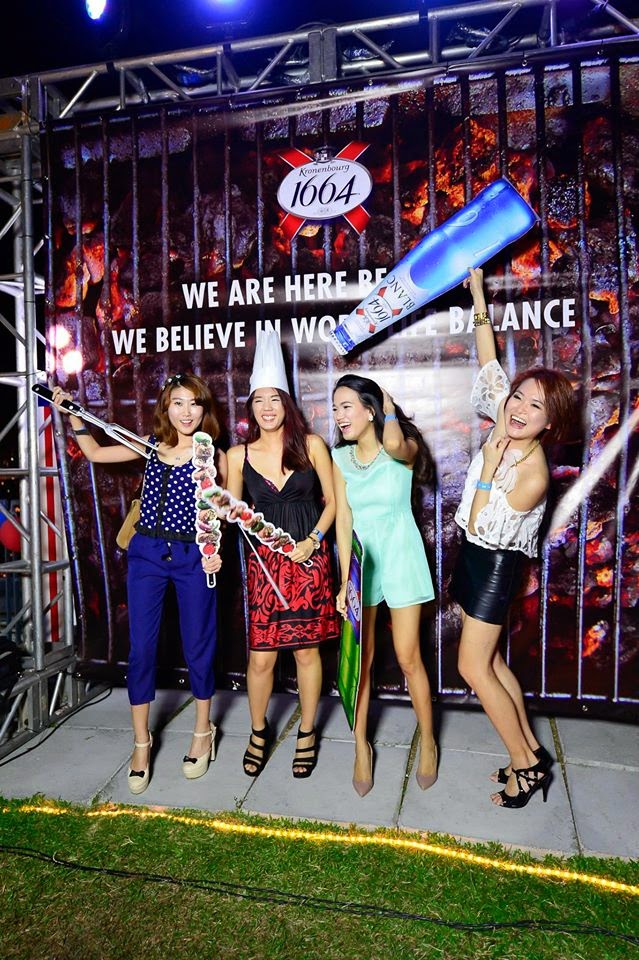 We then took over the photowall to create our very own flipbook! It recorded a short video which was then printed out onto a small notepad which you can flip the pages to make it seem like a little video. 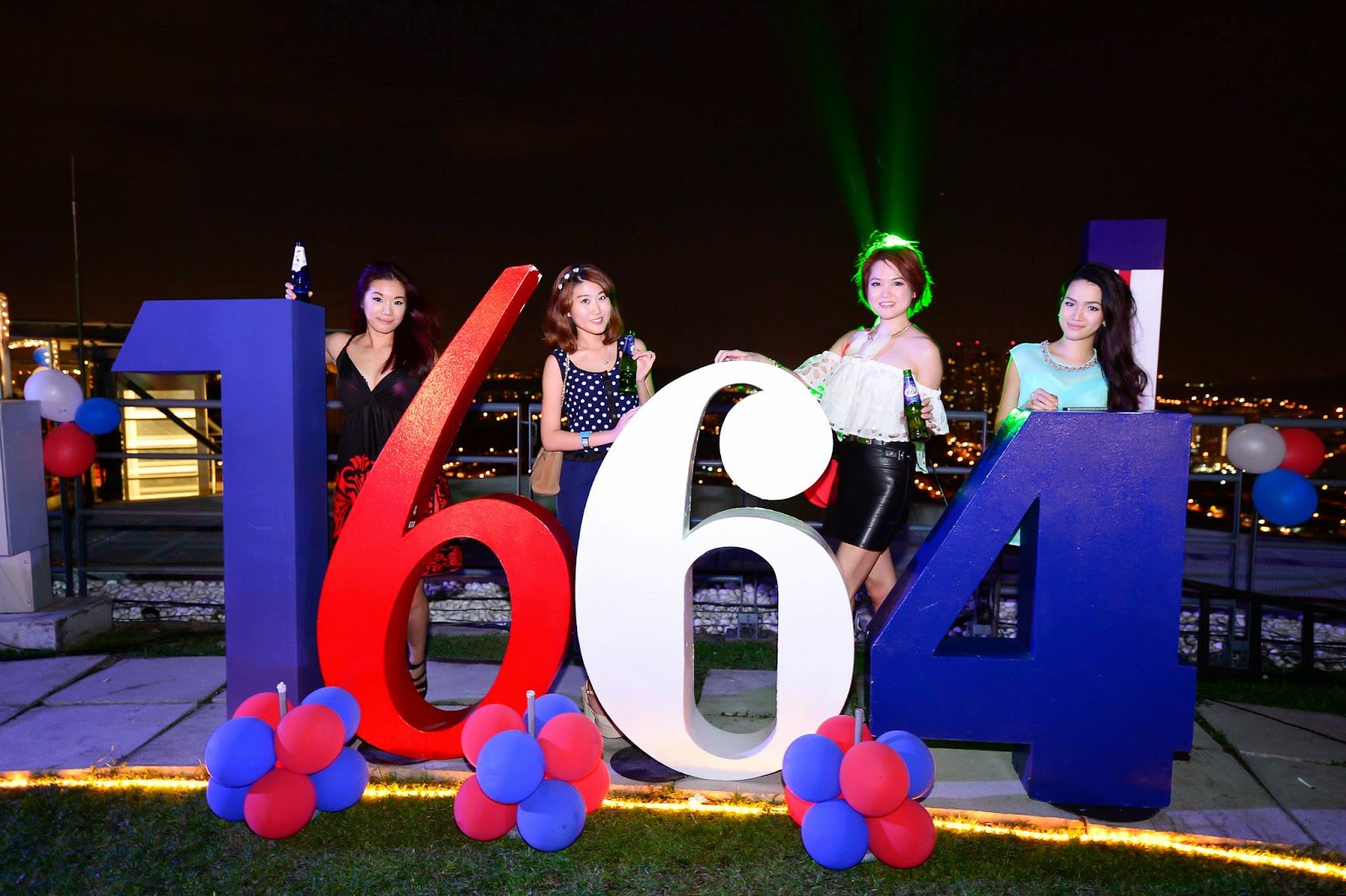 So I think Kronenbourg 1664 really covered all the bases for a great BBQ:
Setting and venue – Enjoying the cool breeze and watching the sunset from 29 storeys up in the sky.
Food – Delicious lamb, chicken wings, sausages, pasta, and even marshmallows!
Drinks – Ice-cold Kronenbourg 1664 lager and Blanc (my fav :p, so perfect for that setting!)
Entertainment – Live band, fun party games, flipbook wall, high striker/ strength tester game, fire dancer.
Company and friends – Having your friends there to party with you!
All the ingredients necessary for a fun and memorable party and honestly I really did enjoy myself chilling on the sofa with a beer in hand, catching up with the girls, releasing stress by swinging the hammer and of course the games! What more could you ask for on a lovely Friday evening?
Can’t wait to see what else they have in store for consumers and I’m really excited to attend Kronenbourg 1664’s “Taste The French Way of Life” upcoming events especially the big finale party on 5 December!
MAKE SURE YOU SAVE THESE DATES:
5 September 2014– Movie Night. Kronenbourg 1664 promises that you’ll be at the edge of your seats
12 September 2014 – Darts Night. It’s time to get your game face on!
19 September 2014 – Dining in the Dark. It’s time to get those taste-buds tingling with anticipation
3 October 2014 – Comedy Night. Like they say, laughter is the best medicine
17 October 2014 – Food Fest & Art Escapade. The time has come to ignite those senses
31 October 2014 – Broadway show. Kick-up those heels and sing along because this is going to be a show to remember!
5 December 2014 – Kronenbourg 1664 Year-End party. Billed to be the most fun you’ll have this year! (I’m so looking forward to this one!)


As the above are all consumer events, find out how you can attend by heading over to http://www.facebook.com/KronenbourgMY

Psst! Kronenbourg 1664 is also giving out some Handheld Monopods for you selfie addicts out there! Simply purchase a Kronenbourg 1664 beer tower, or two buckets or six full pints of Kronenbourg 1664 at participating outlets and you’ll get one (while stocks last of course). This giveaway is run in conjunction with the ‘Taste the French Way of Life’ campaign to reward you with the right tool to capture your special moments!

Hope to see you guys at one of the events!