The next day in Penang, the Pearl of the Orient, we stayed at Hard Rock Hotel.
Always wondered what's the big hype about Hard Rock hotels, but it was just normal to me. Yes there was music playing throughout the hotel, yes there's a bar by the pool, yes the rooms were inspired by music, yes it's facing the beach but dude, Parkroyal (which was next door) has been doing the same thing for years? lol.

Nevertheless, I did enjoy my stay as the beach, sun, cool waters were right infront of me. 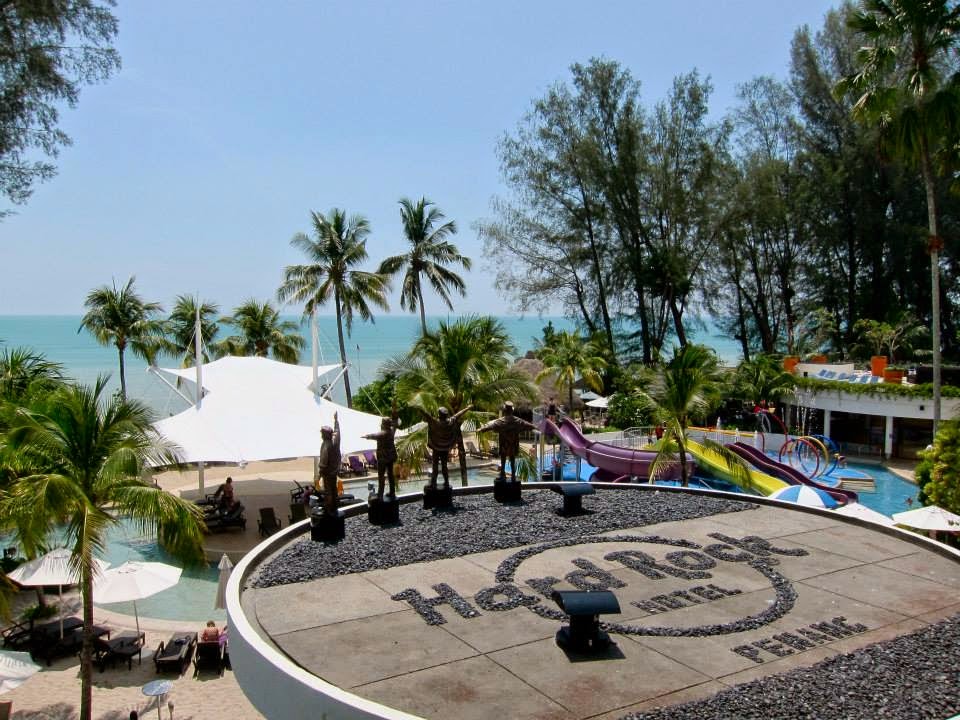 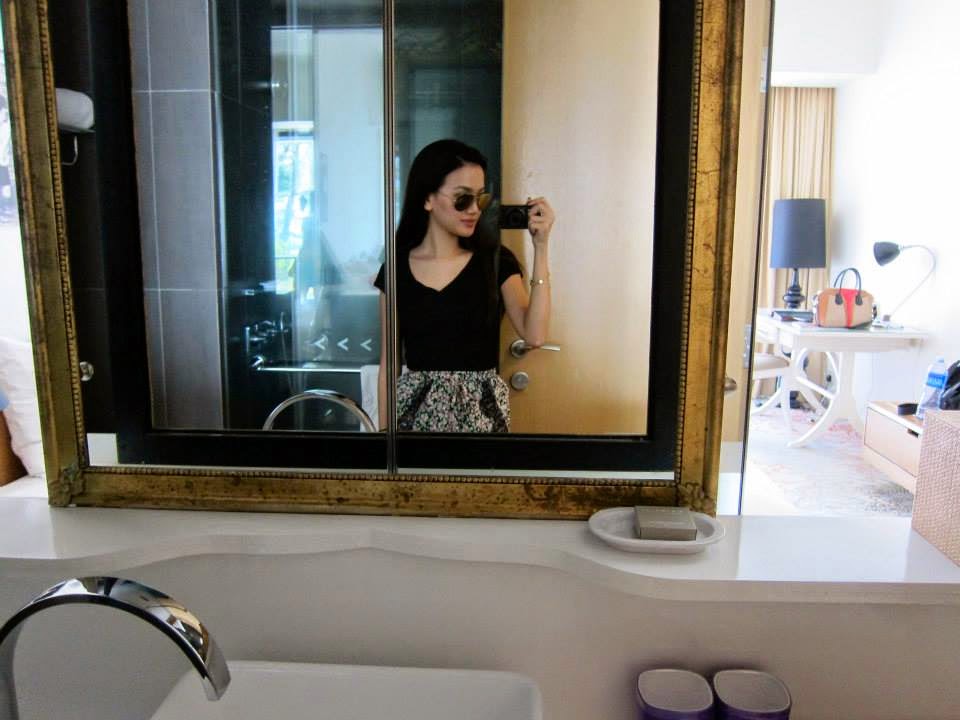 Oh there wasn't a bath tub in our room. All of our rooms.
Bummer. I honestly expected more, especially when you're charging RM700++ a night. 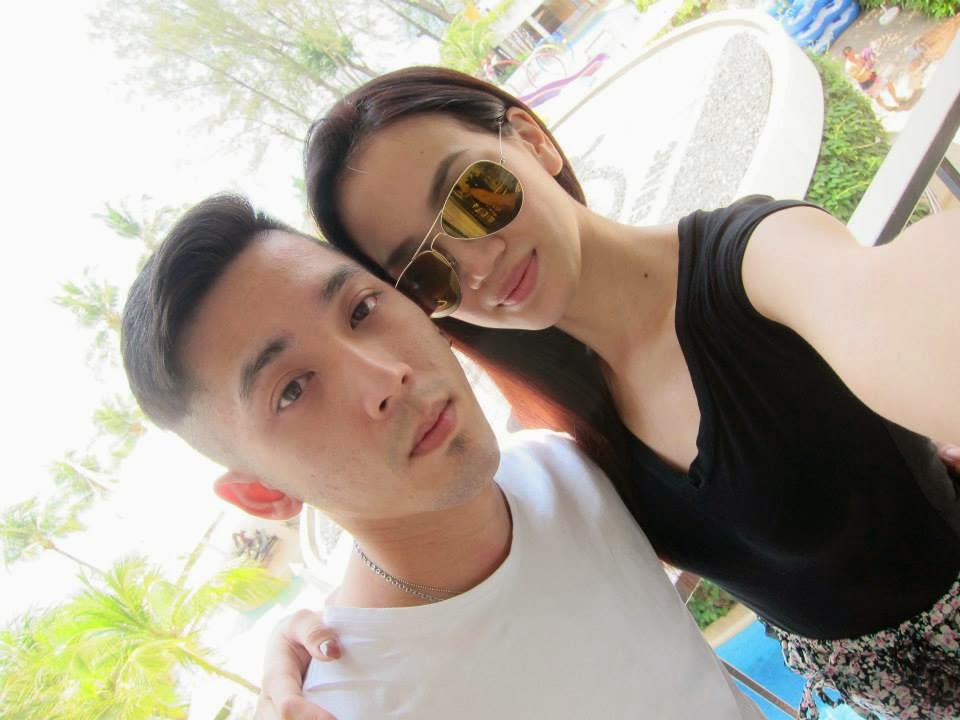 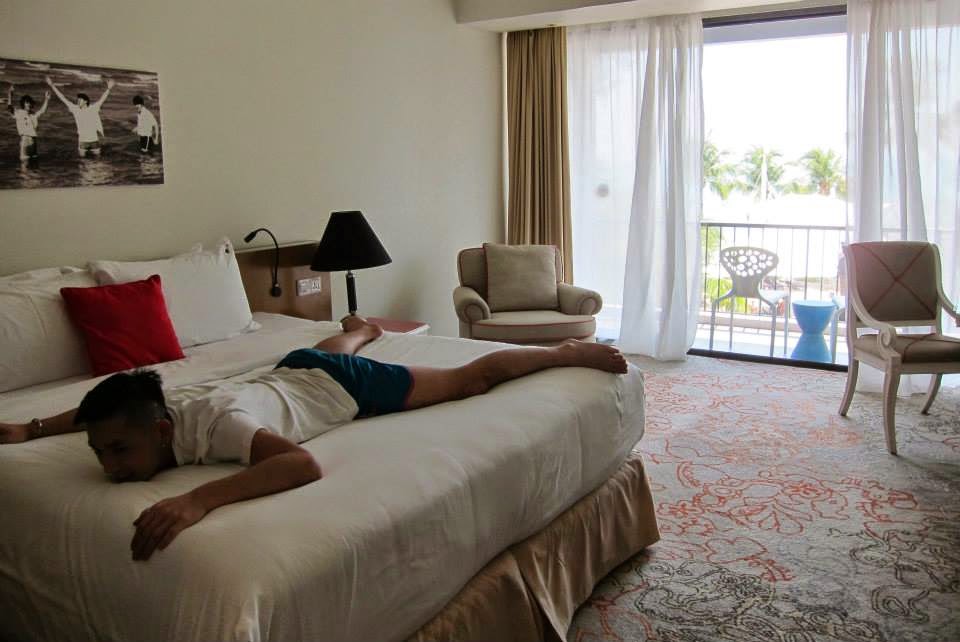 It was a beautiful sunny day though and we couldn't wait to head to the pool. 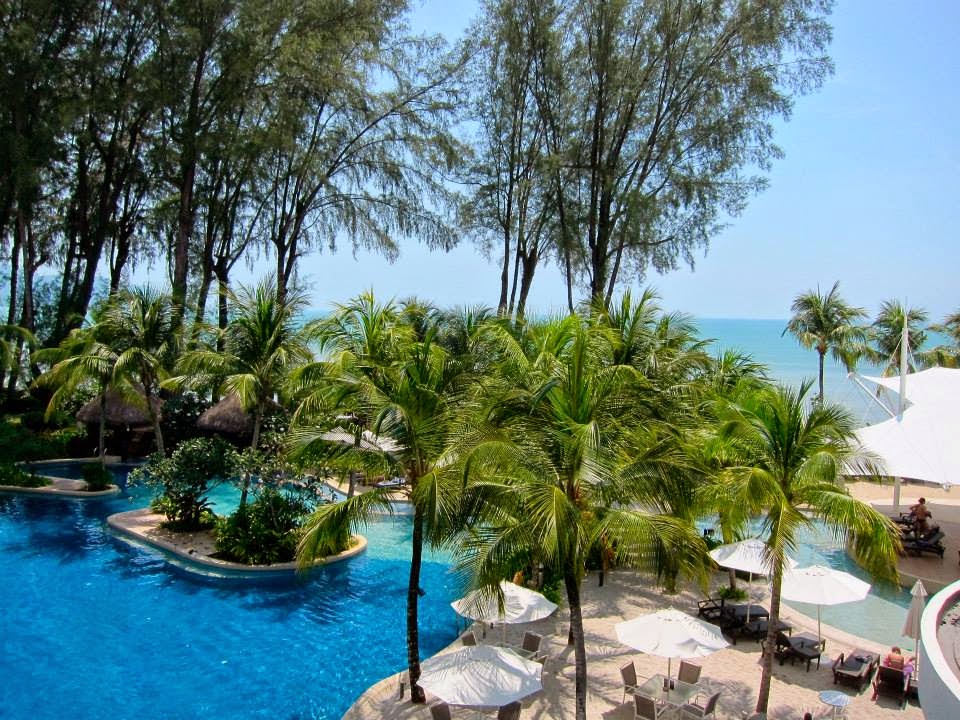 Luckily we got the rooms facing the sea/poolside.
FUN IN THE SUN! 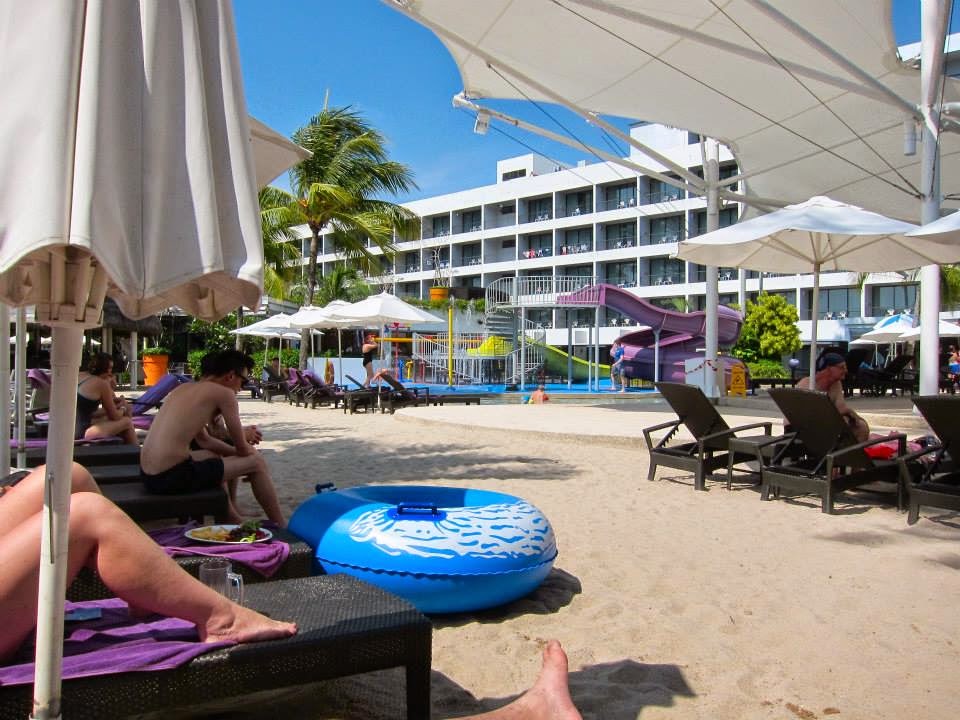 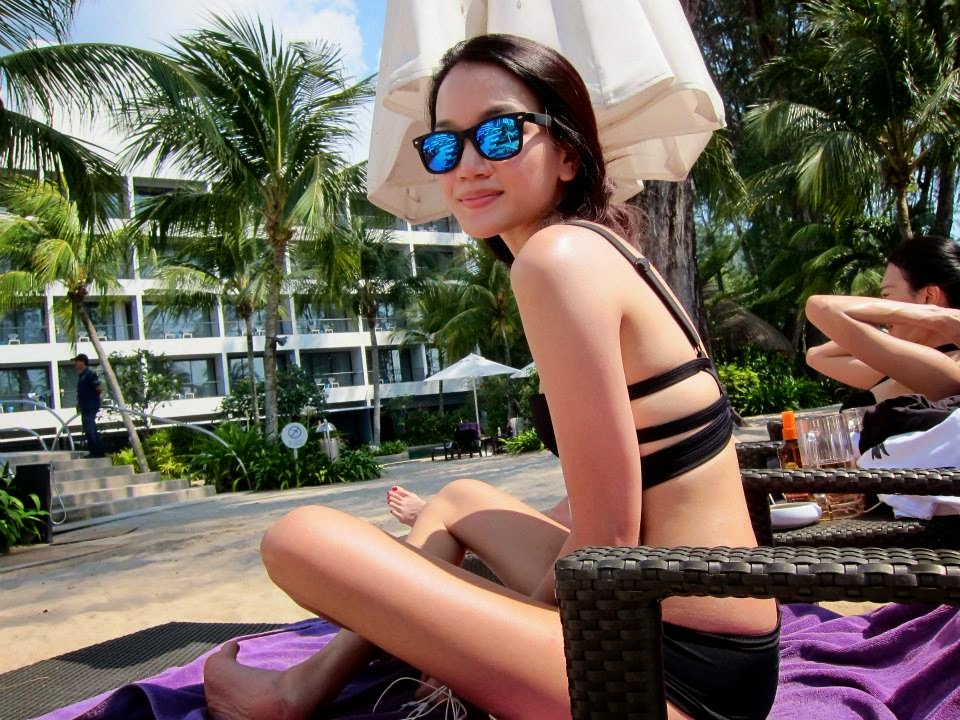 Trying to get our tan on while the guys went for the slides and what nots.
The kids were probably terrified at first but the guys made friends haha. 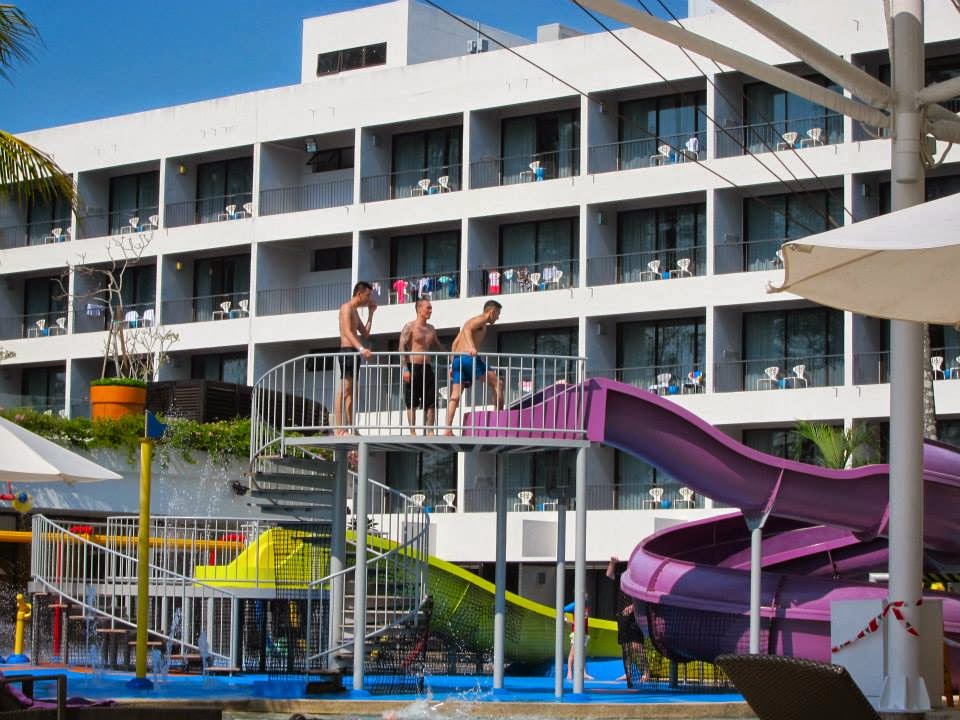 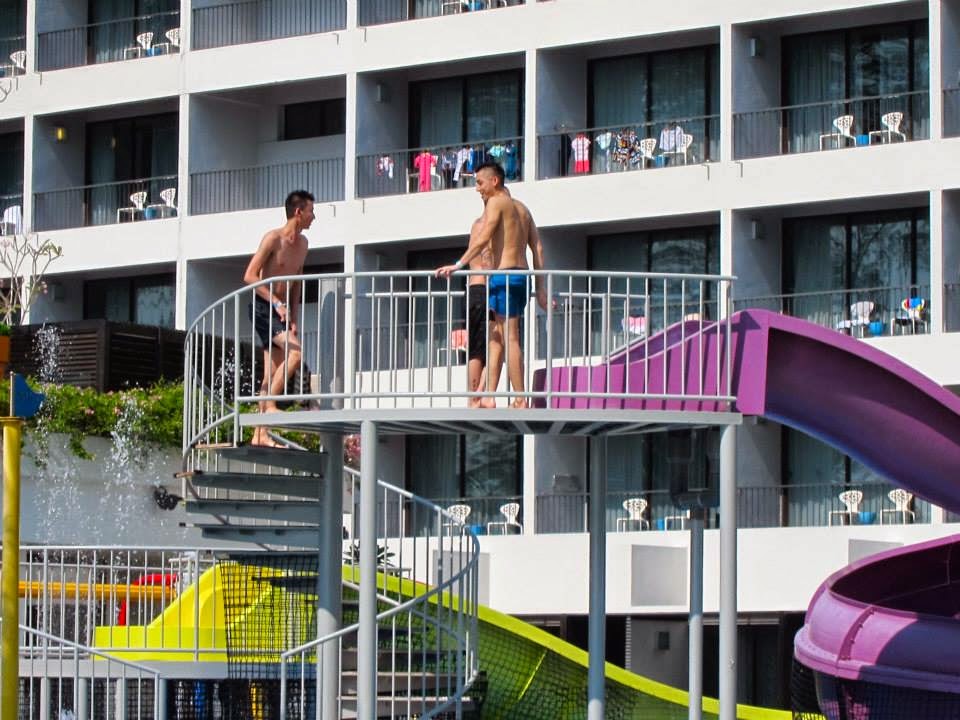 We ended up joining them at the end. It was so much fun feeling like a kid again. The slides were short and not that high up (duh, it's made for kids, I know) so we ended up executing extreme poses, head first, upside down, knees flat, whatever we could think of for the extra thrill haha.

We then headed to the other side of the pool for more extreme stunts. 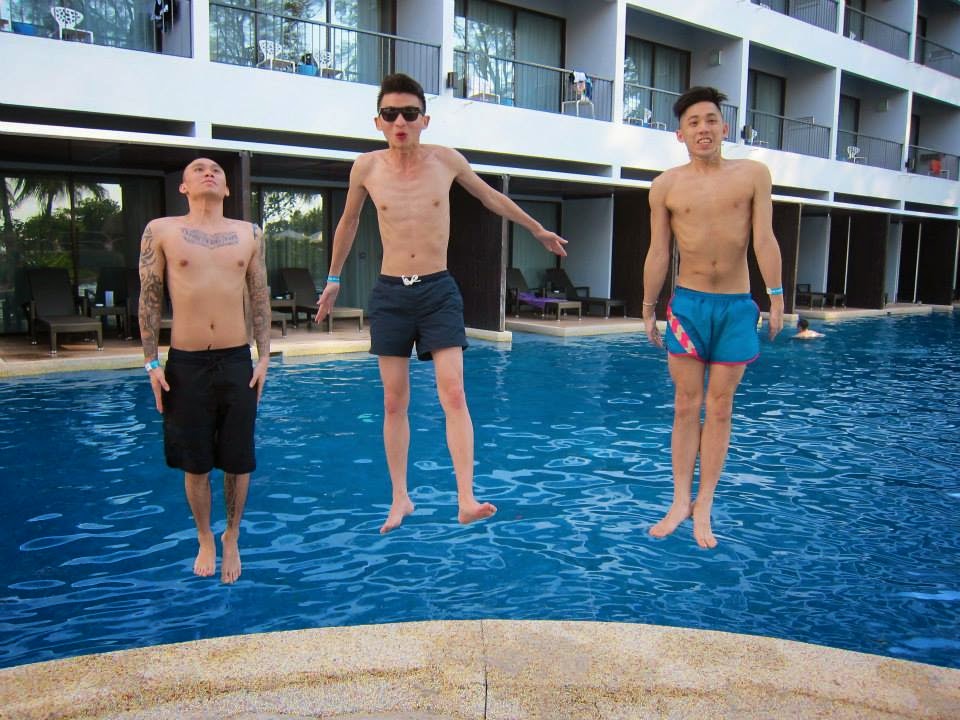 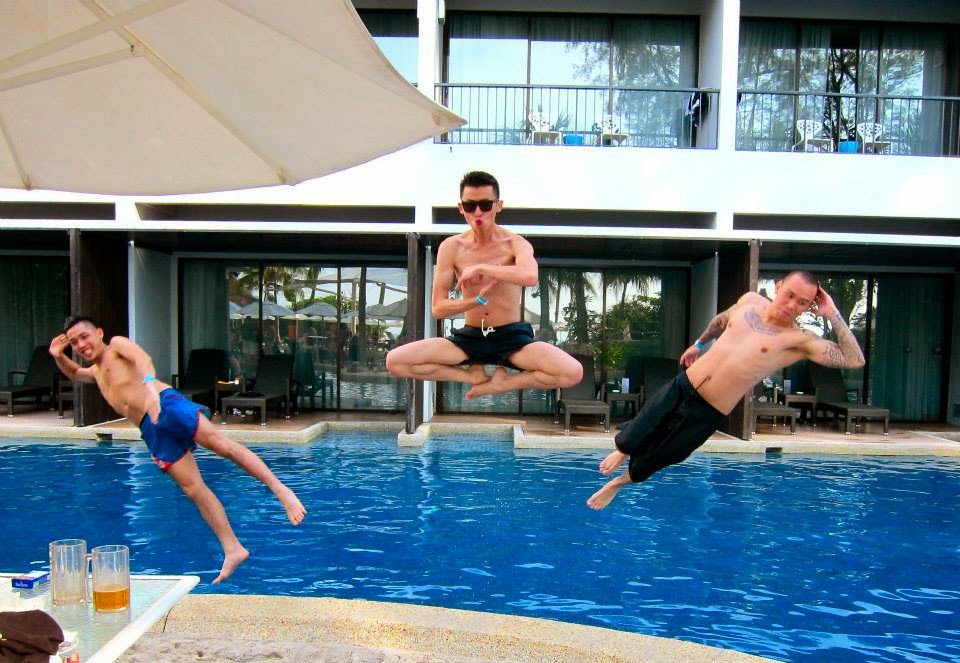 The nailed it. It doesn't look like much in this picture, but they nailed it on the other camera haha.
Loads of credit to them as they must've gone few hundred times trying to achieve the perfect shot! And it hurts when you fall flat into the pool. That 'smack' you get when you land, ouch! 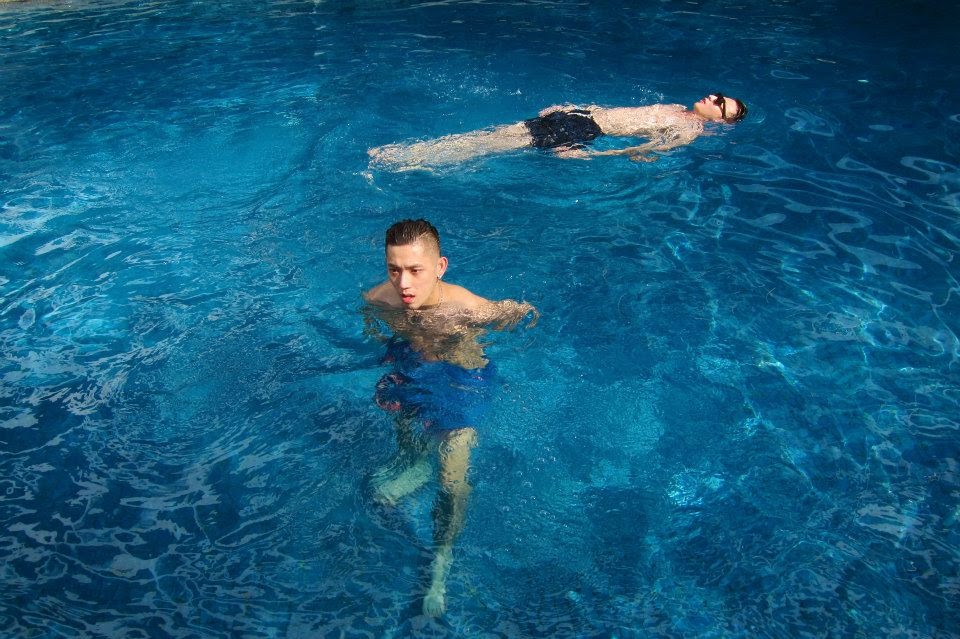 After a few laps around the pool, some beer, snacks and chit chat we headed to the beach!
Like finally! haha. Sadly it's not as safe or clean to swim in Penang's sea cause of jelly fish(es) but we had fun on the shores. 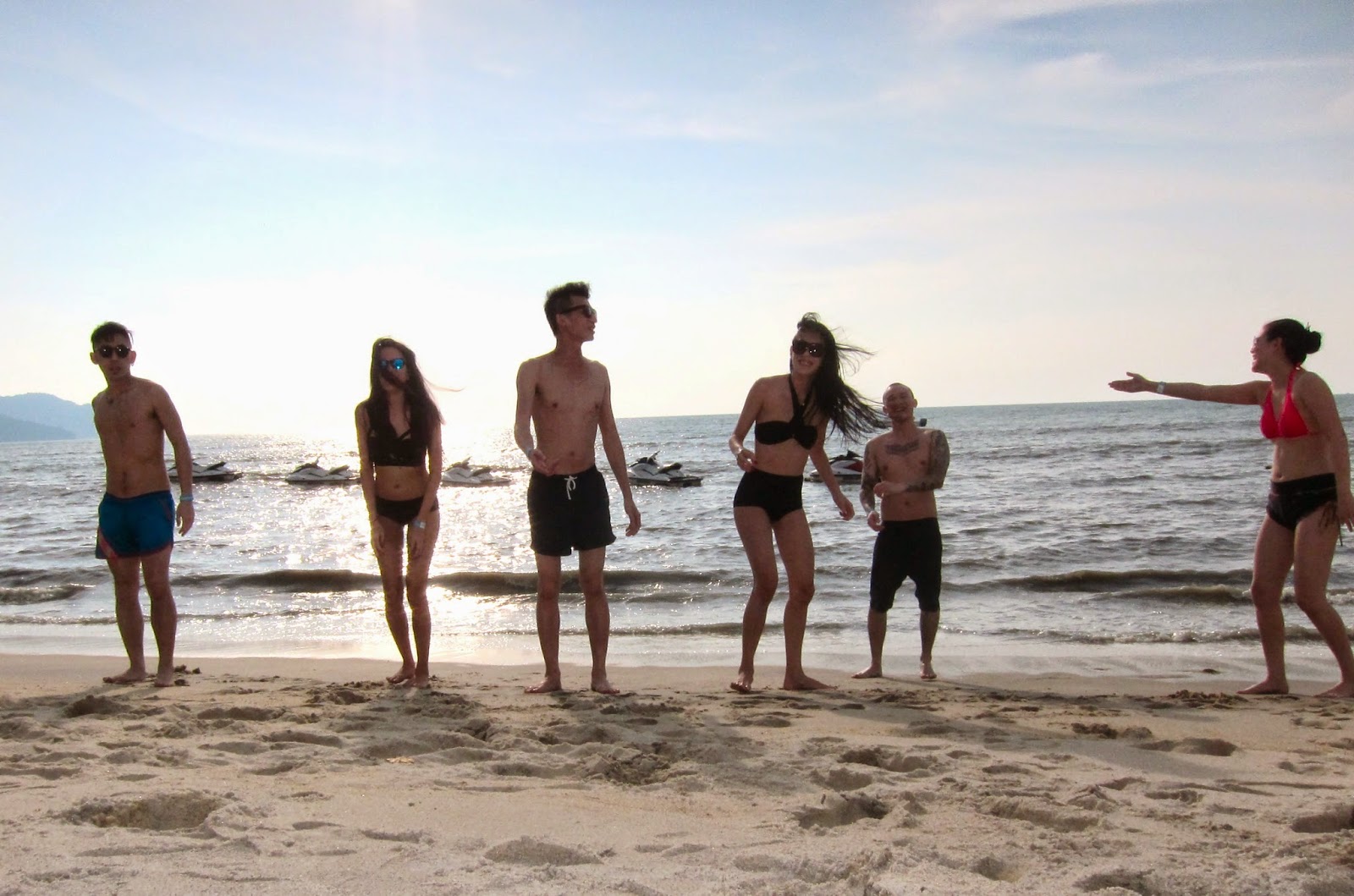 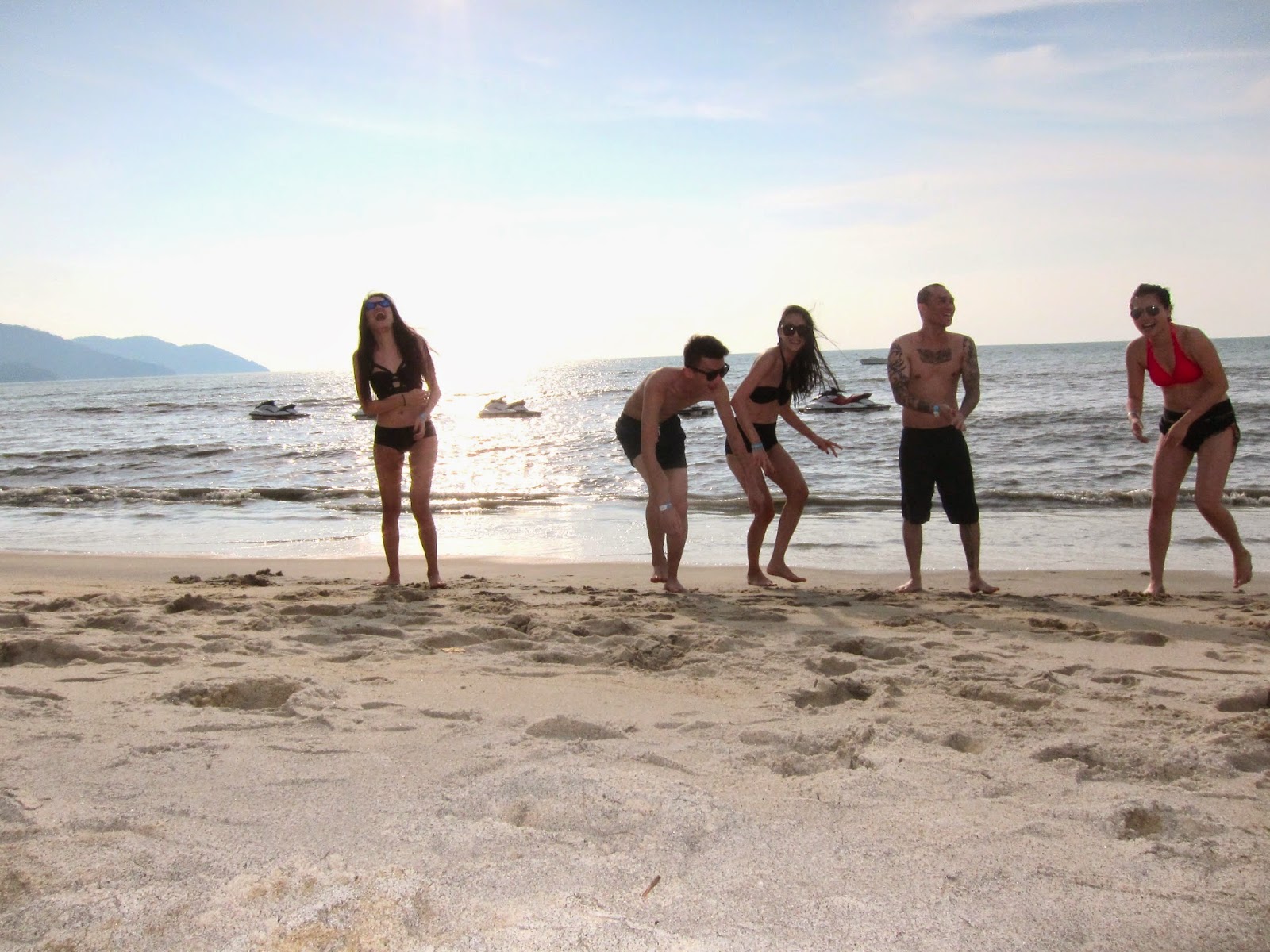 Failed jumpshot attempt 2# -- look at my laugh, so huge, so epic *smacks forehead* you don't even see Howie in the picture lol. 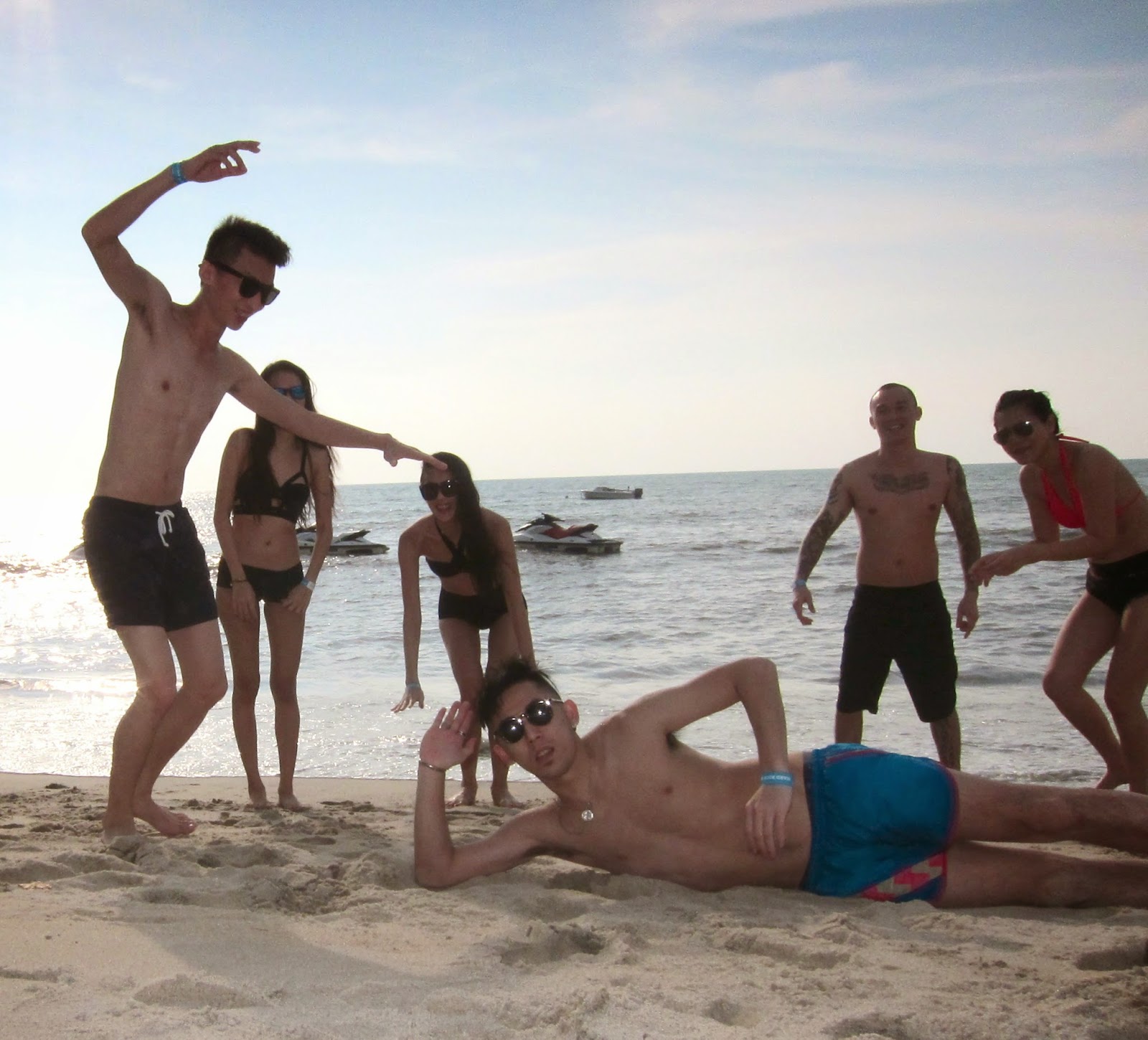 Such a failed jump that the boyfriend just laid there -.- and everyone was already laughing when the camera snapped this lol. 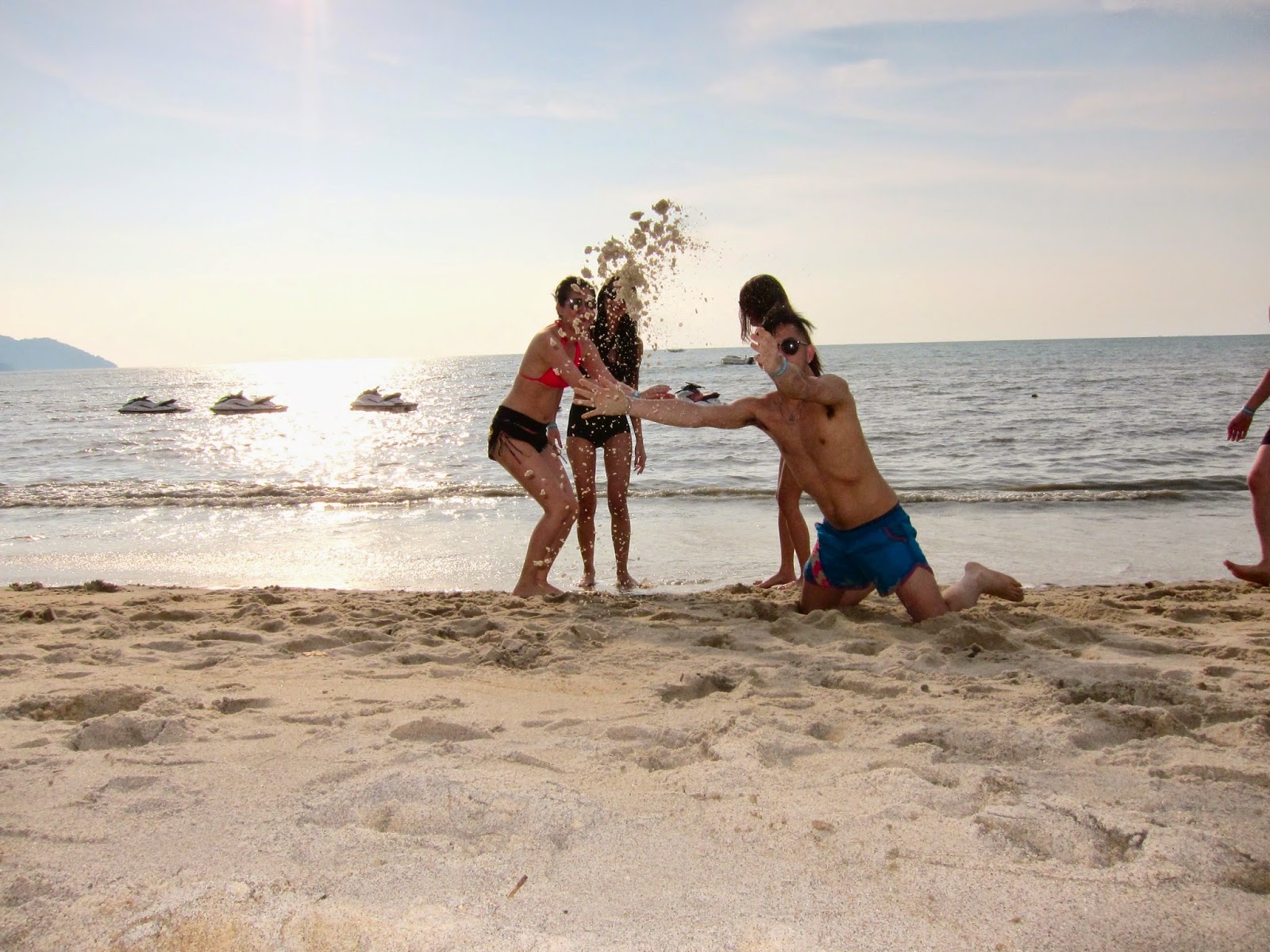 Failed jumpshot attempt number ... I don't even know lol.
This Howie is such a menace sheeesh. 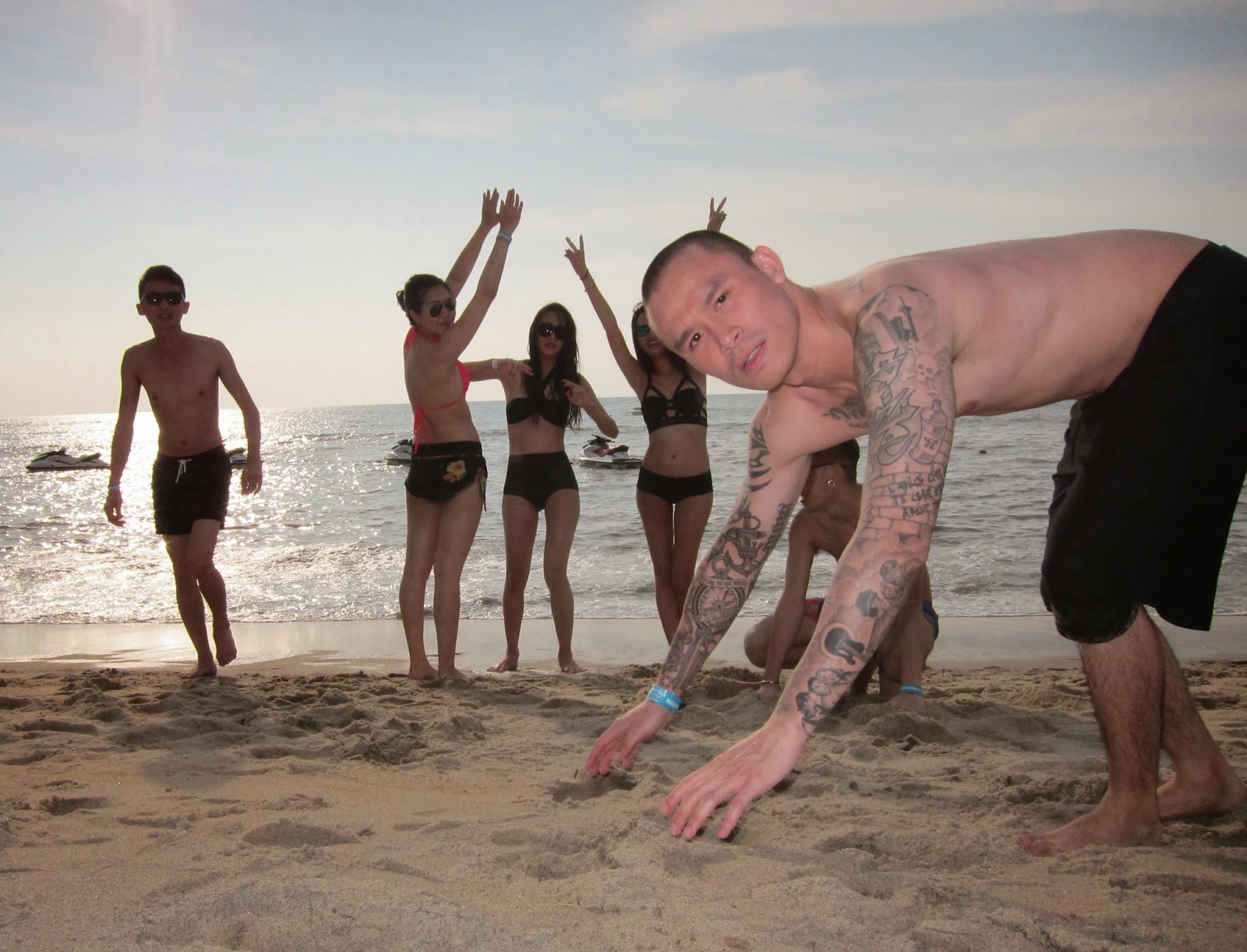 Oh and now Edric wants to partake in it lol. 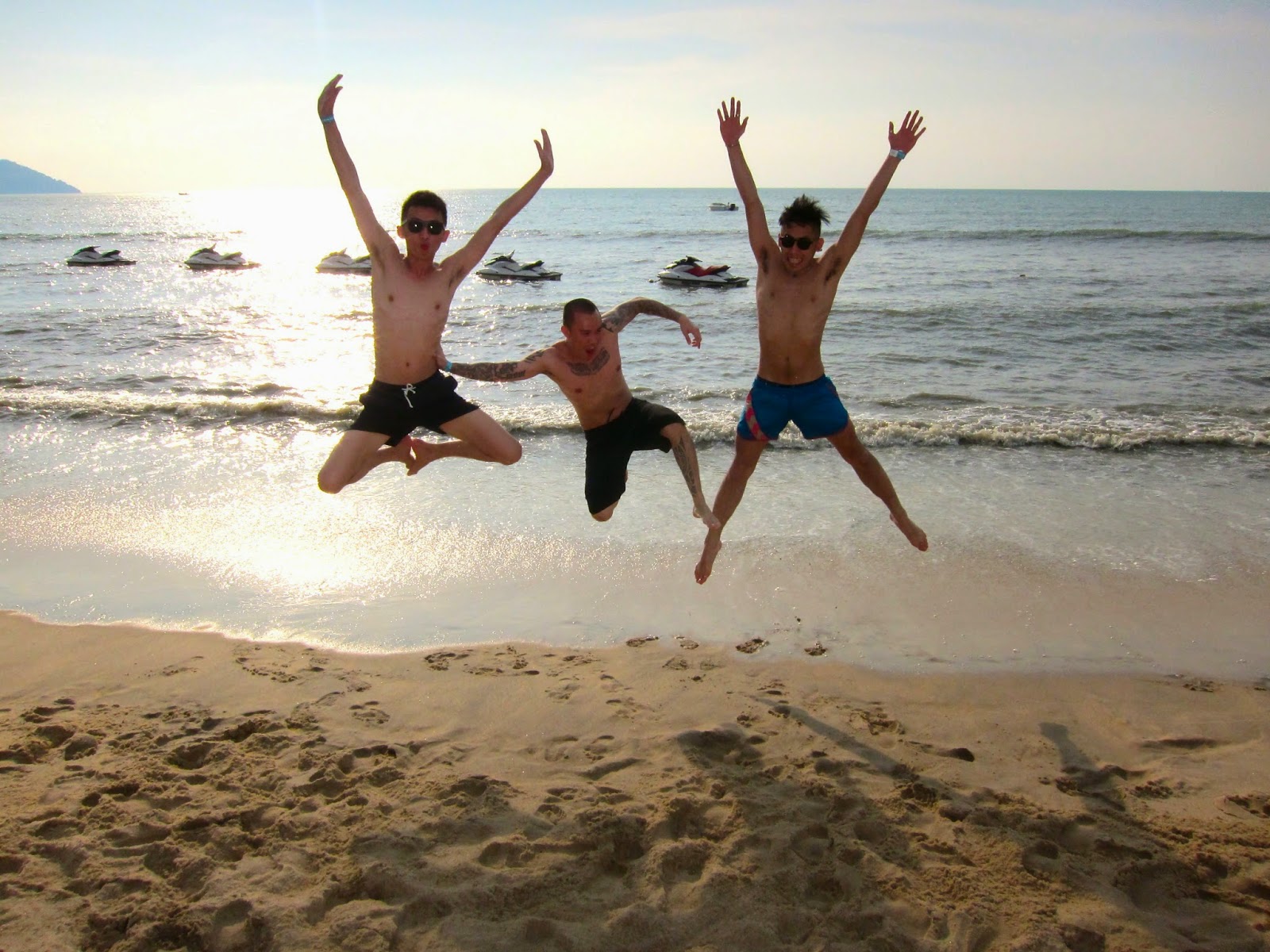 Nevertheless we pretty much nailed it after a gazillion times haha.
Guys versus the girls. 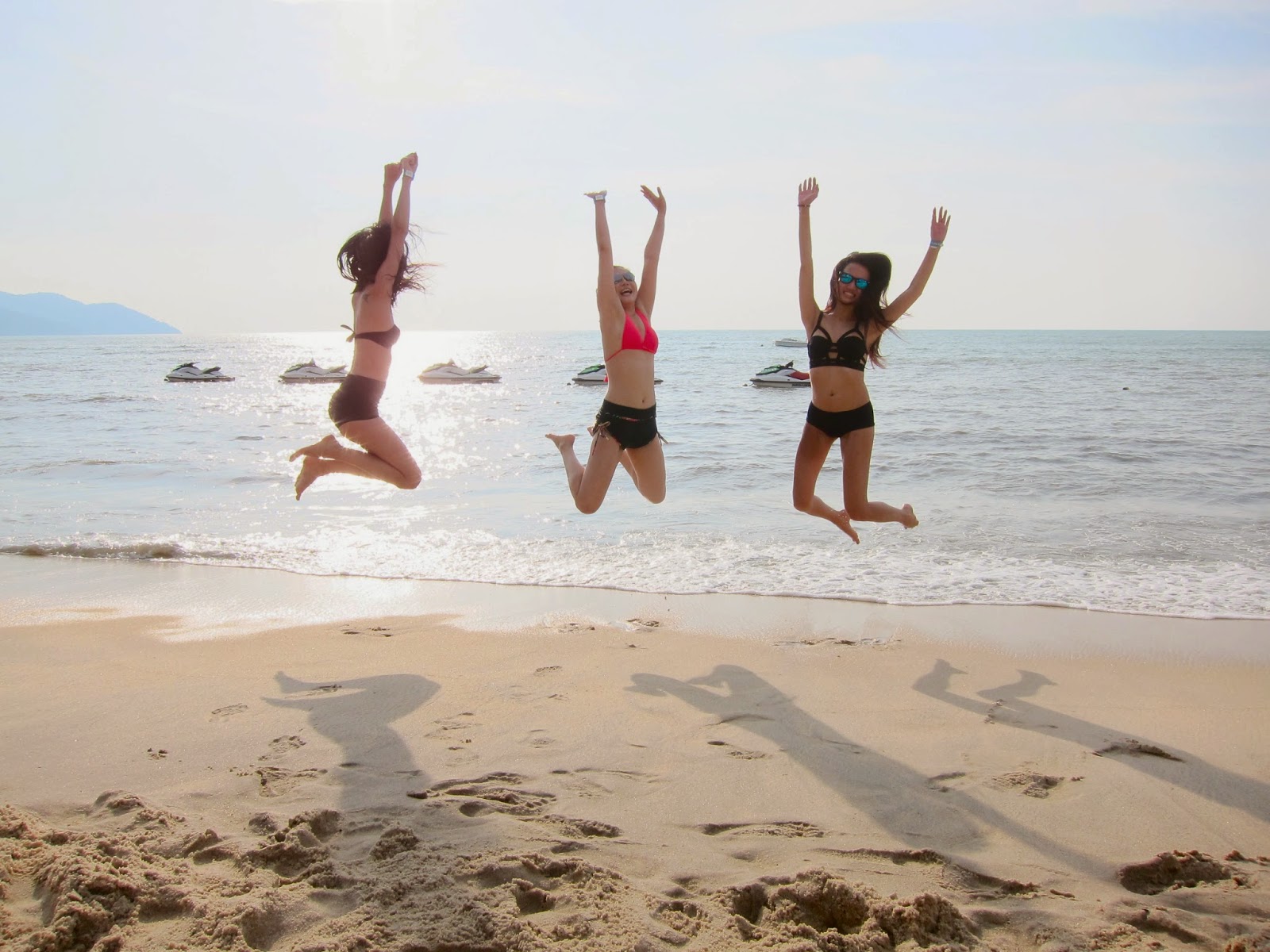 .. and before we headed back in, a picture with the boyfriend overlooking the coast line :) 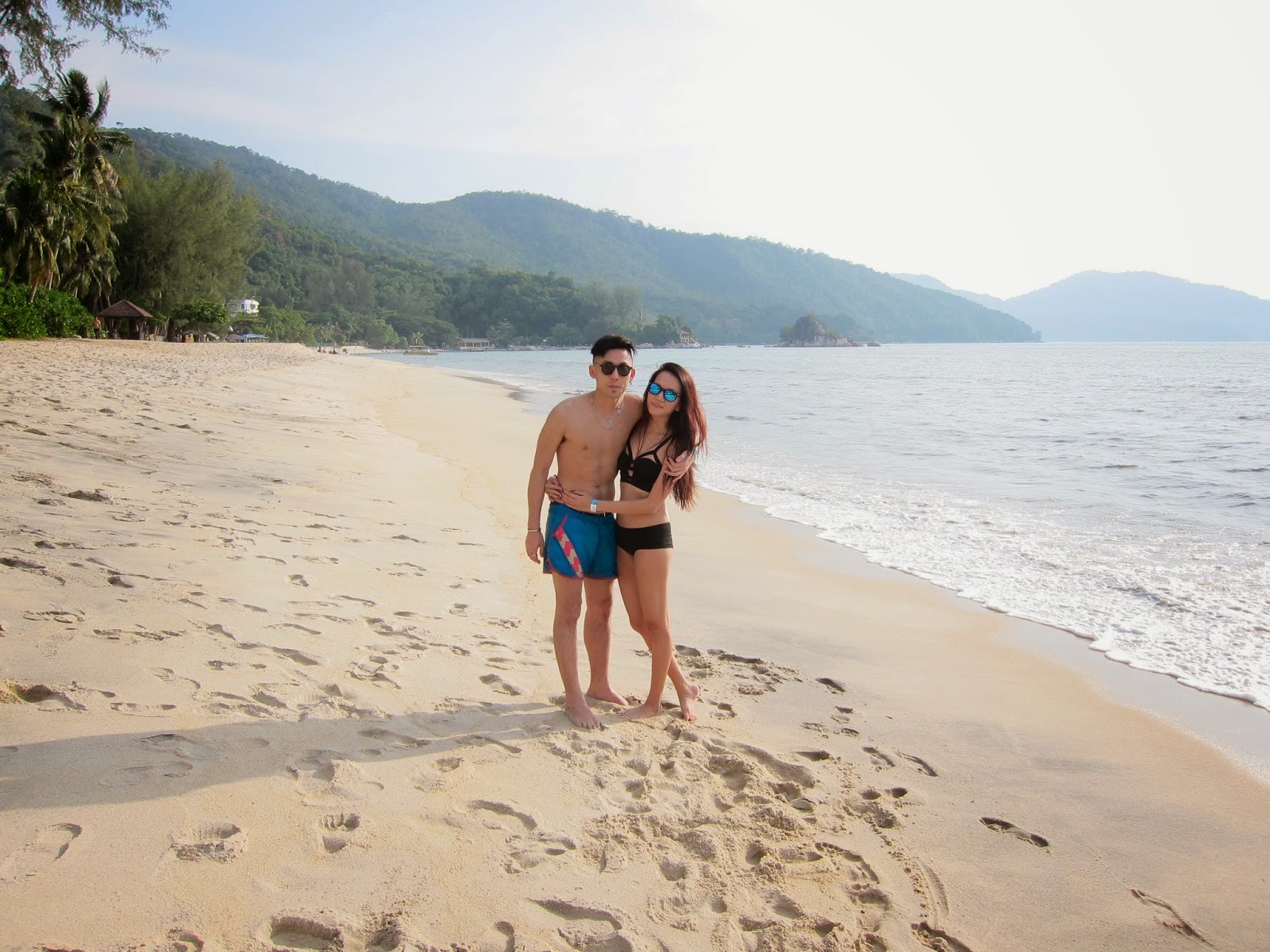 .. and a selfie with the words Hard Rock Hotel behind haha! 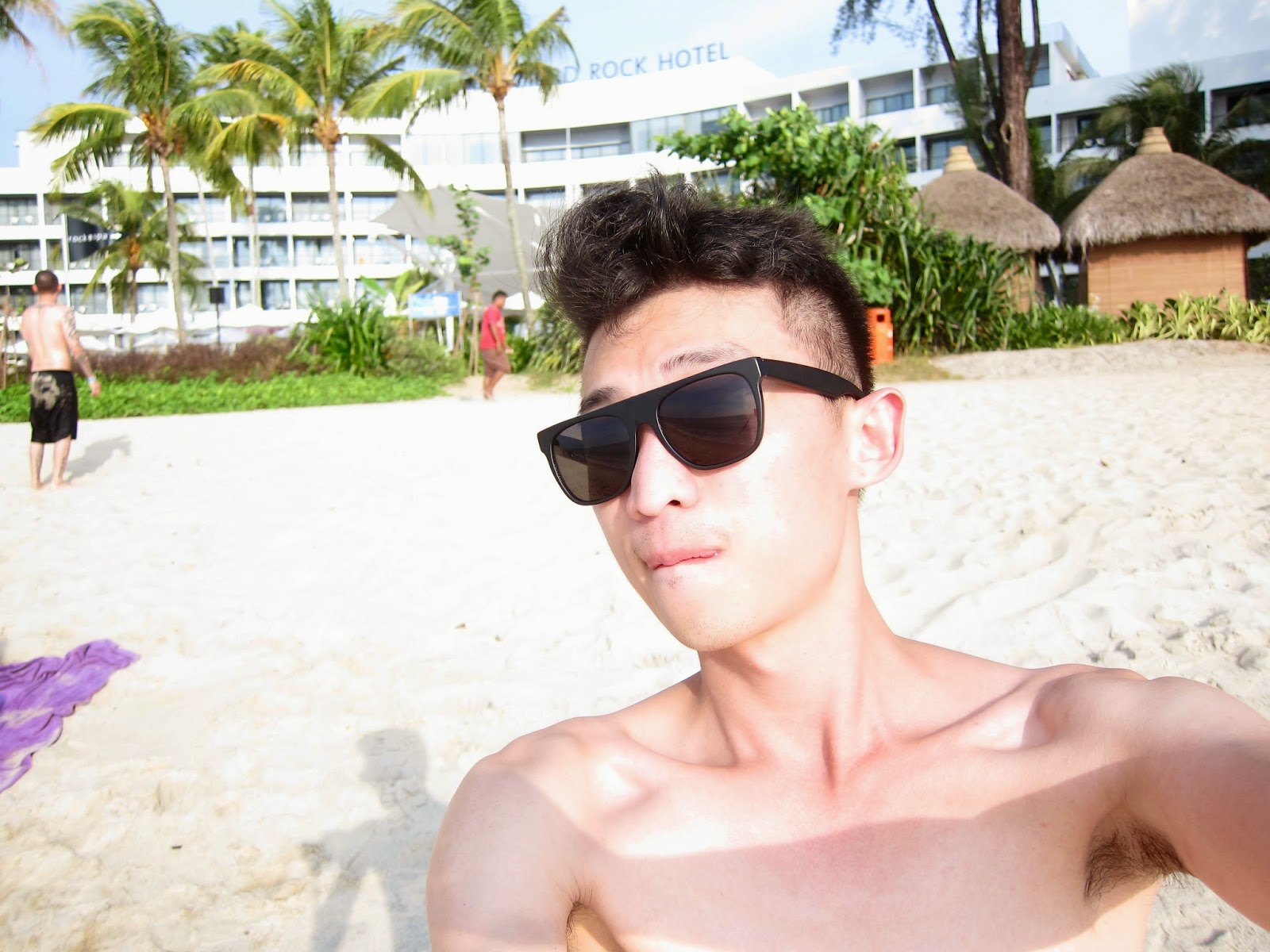 So we went back to terrorizing the childrens section before we went up for a shower, nap and then dinner! 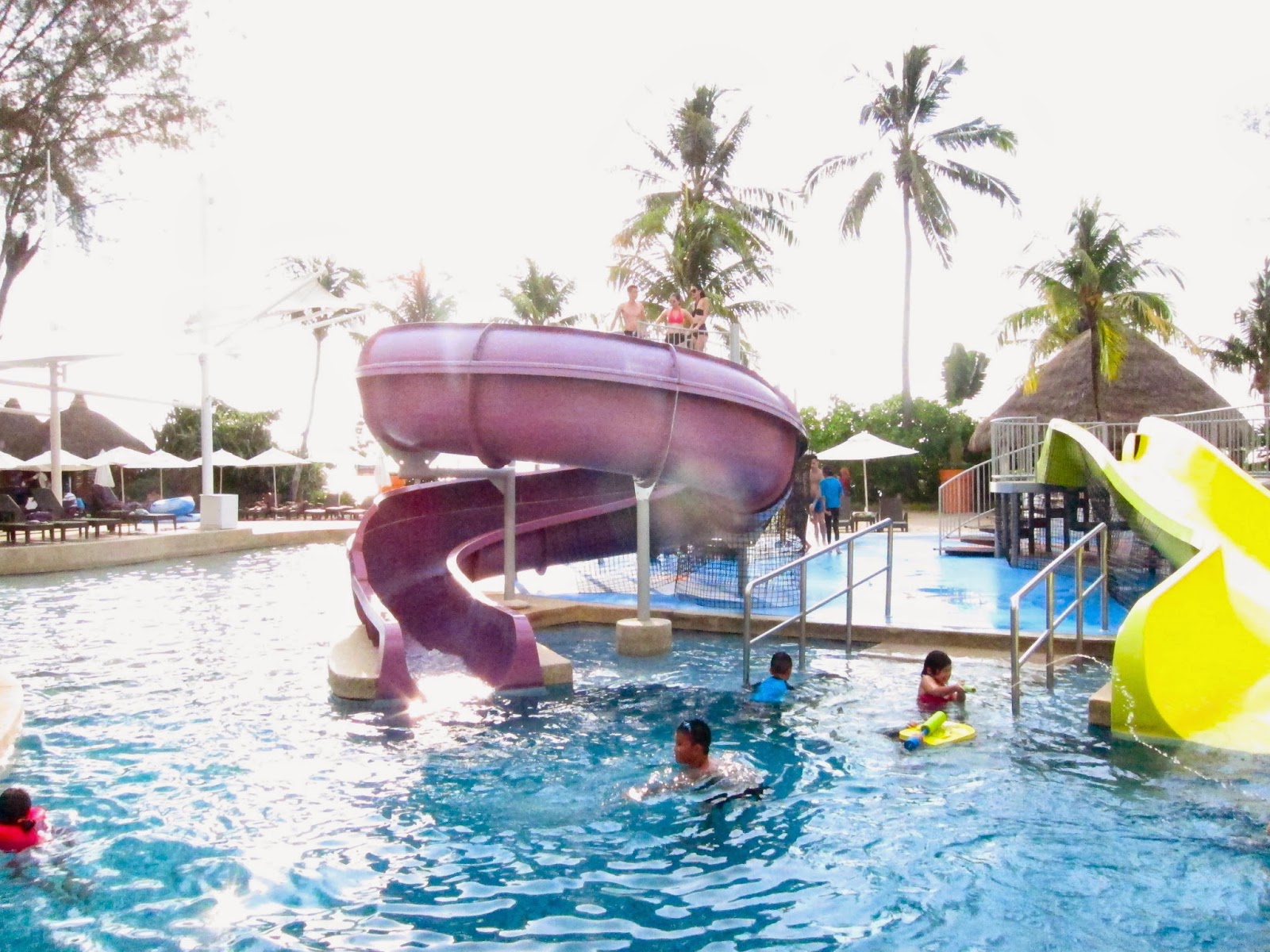 It was fun day indeed, we were so tired by the end of the night.
But guess what did we ended up doing after we got back to the hotel...