So it was my first time attending Good Vibes Festival.
And yes, I was mainly there for the acts. 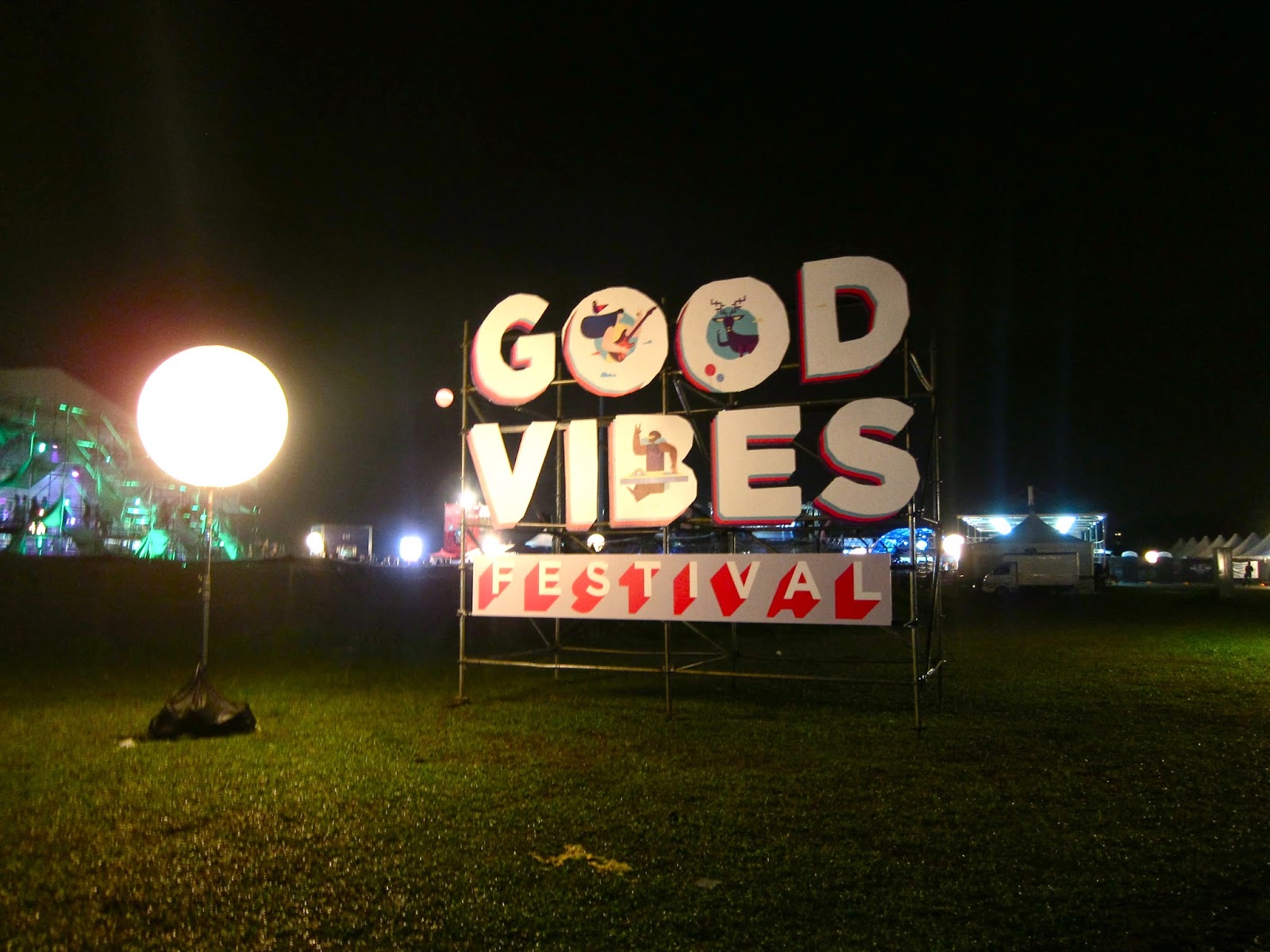 I mean come on, ELLIE GOULDING and EMPIRE OF THE SUN!
Okay most of y'all might not know who Empire of The Sun is but I've been wanting to see them since years ago but Singapore and Australia wasn't an option due to budget and time constraint, so finally when I heard they were gonna perform for Good Vibes I had to go! Oh and yes, Ellie Goulding. One of the singers I've been dying to watch live cause her voice is just so amazing. Not much of an explanation needed. 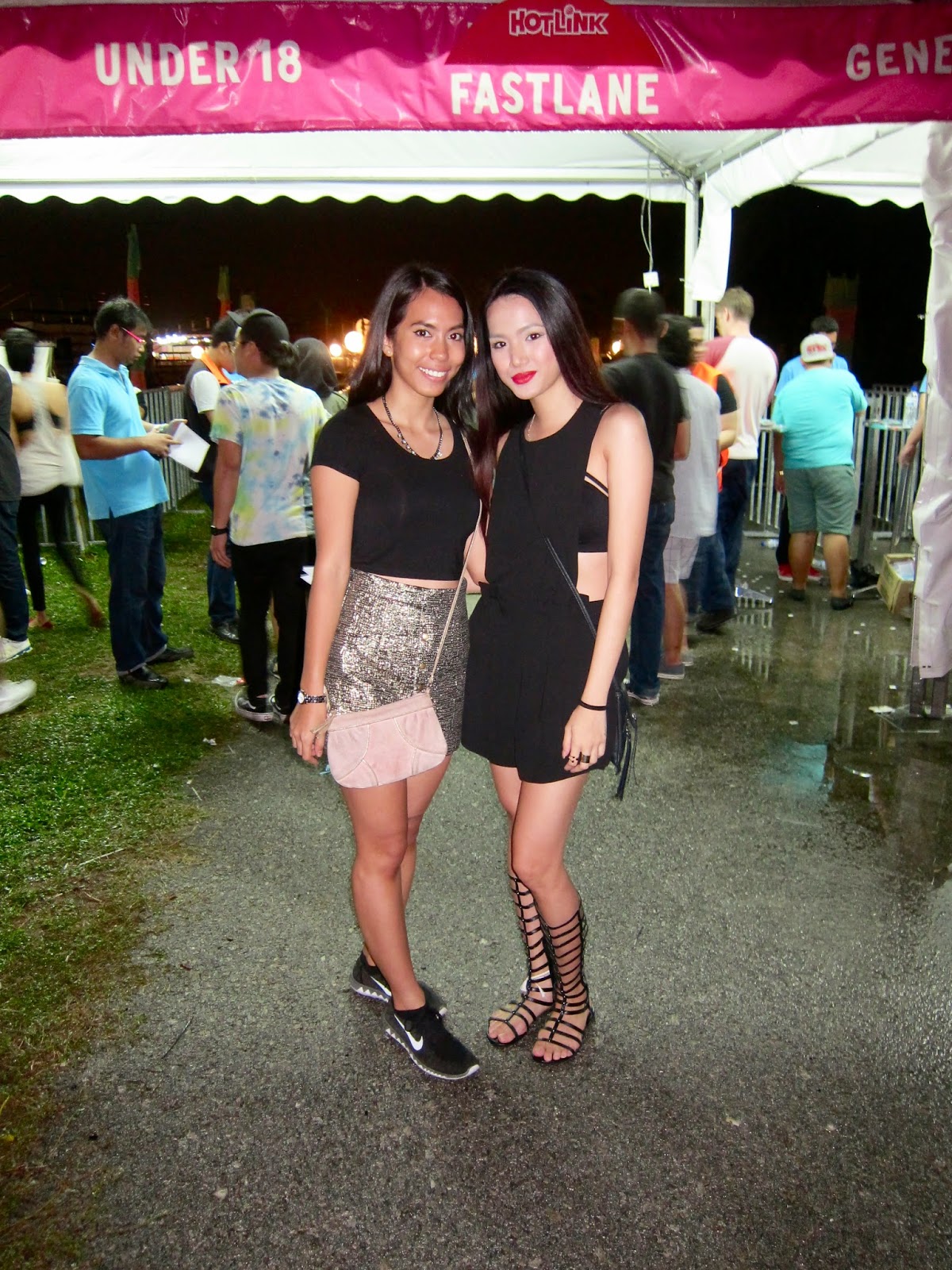 It was raining throughout the evening so we couldn't get there earlier as planned. I only prayed for the rain to stop as I really reallyyyy REALLY want to watch them live.

And it finally did around 8.30pm, there wasn't a queue when I got there which was good as the grounds were wet and watery. I had to wear my gladiators as my velvet boots were definitely a no go for the weather conditions. Bumped into Nadira at the entrance and was talking about the acts we're gonna be seeing later! STOKED :D 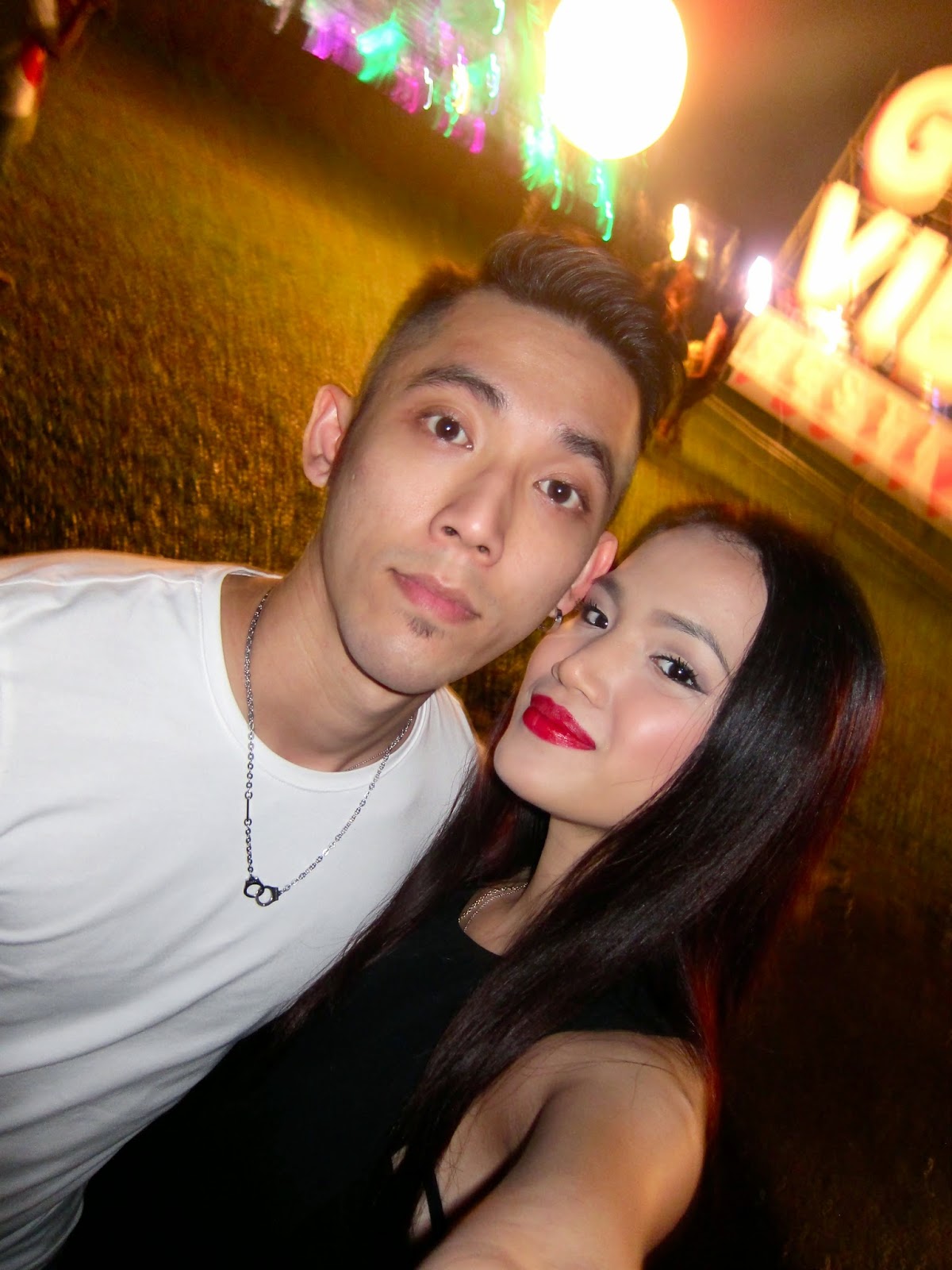 A failed selfie infront of the huge Good Vibes signage. 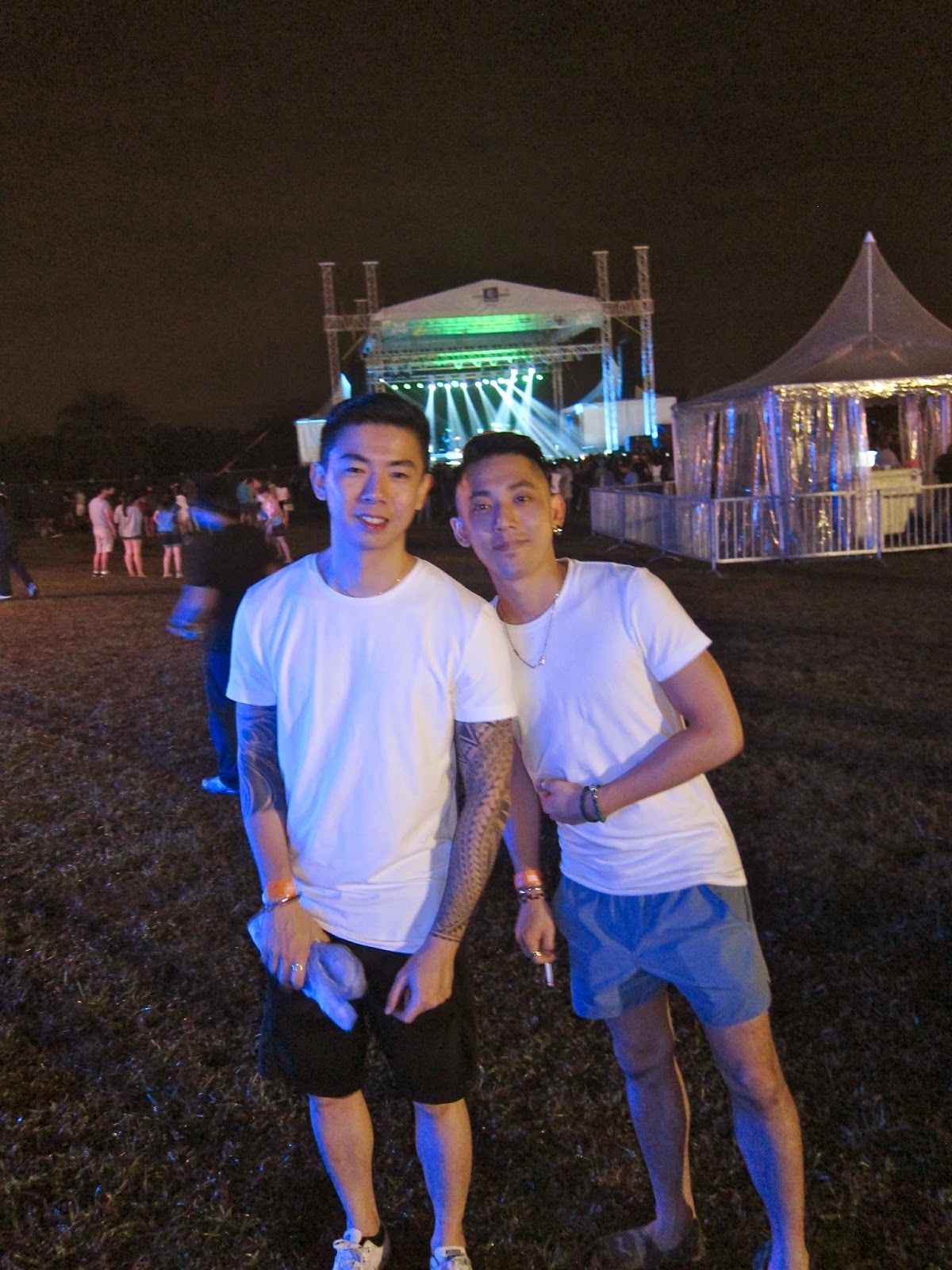 Davern and Howie.
Our other friends bailed on us cause of the bad weather -.- hmpftt.
Nevertheless I was pretty much excited heh! 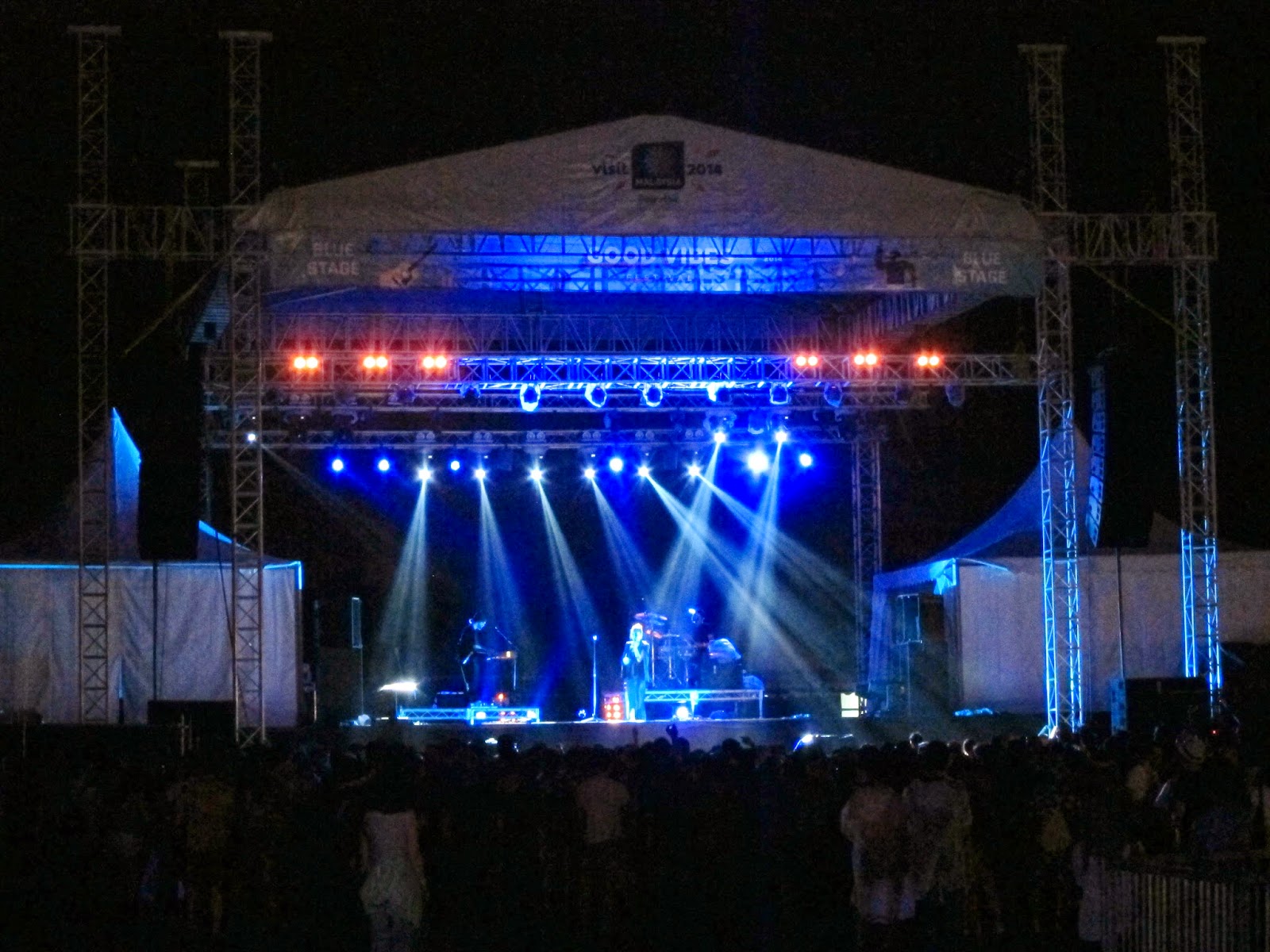 Banks.
I've never heard of her (except when I was in Bali, she and Ellie was gonna perform at Potato Head the day I was leaving back to KL) but her voice was good. I shall YouTube her music soon enough!

After walking around, trying to explore despite the muddy grounds, we ended up at the drinking zone cause 1# there was solid ground, 2# we needed drinks haha. 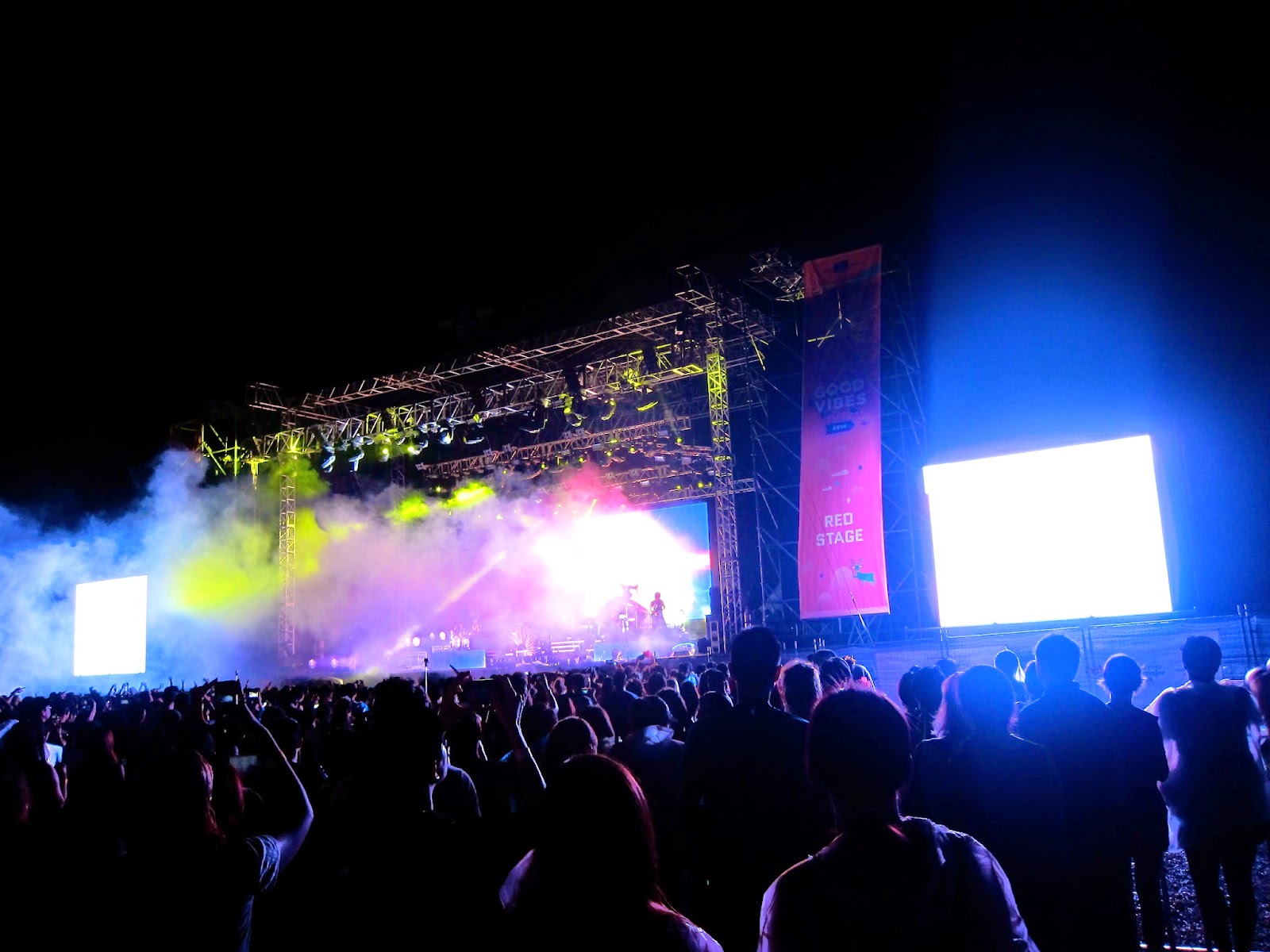 There was a slight delay but then boomz!
Empire of The Sun emerged on stage, huge theatricals, beautiful backdrop, dancers and oh that head piece! 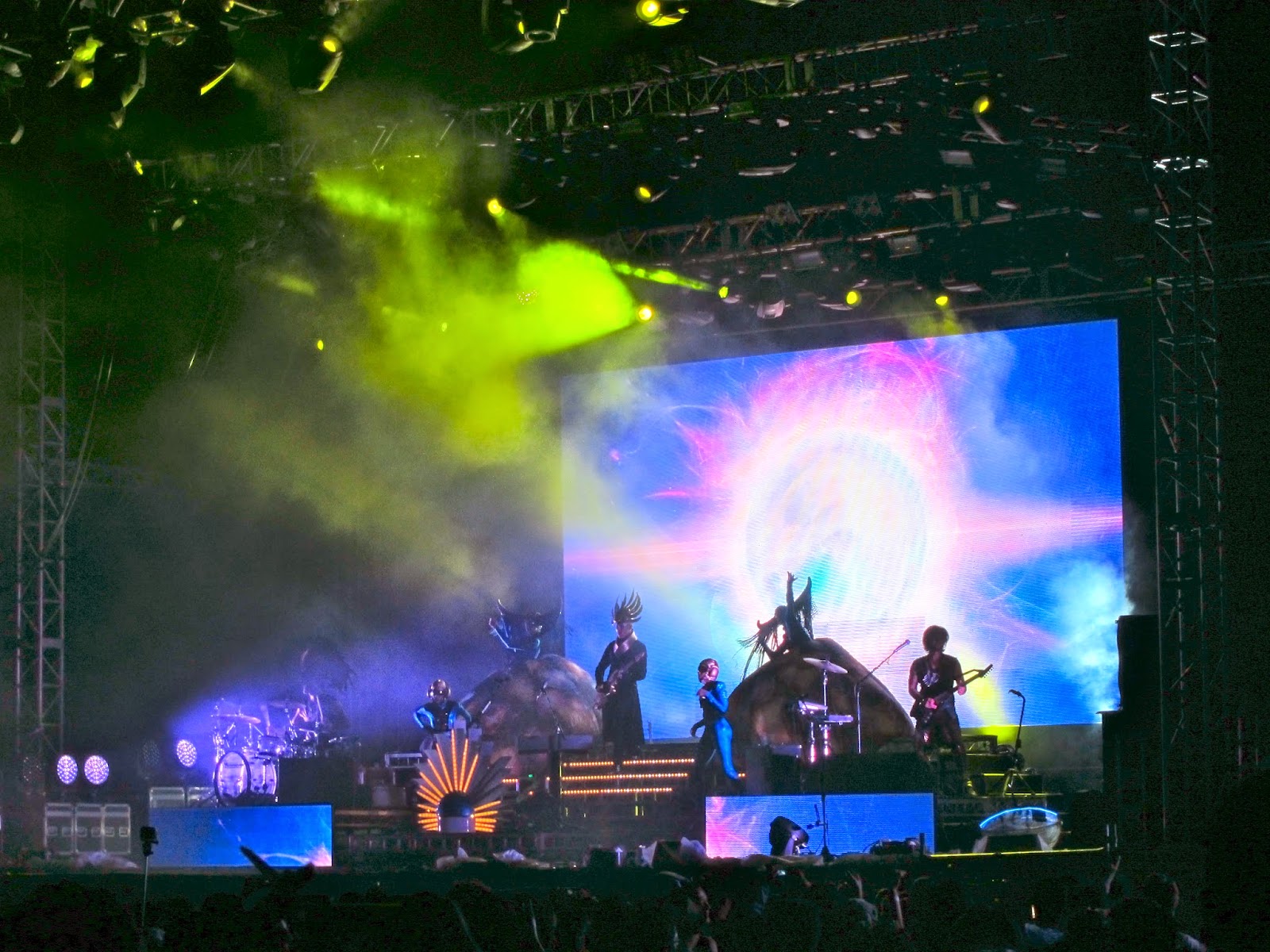 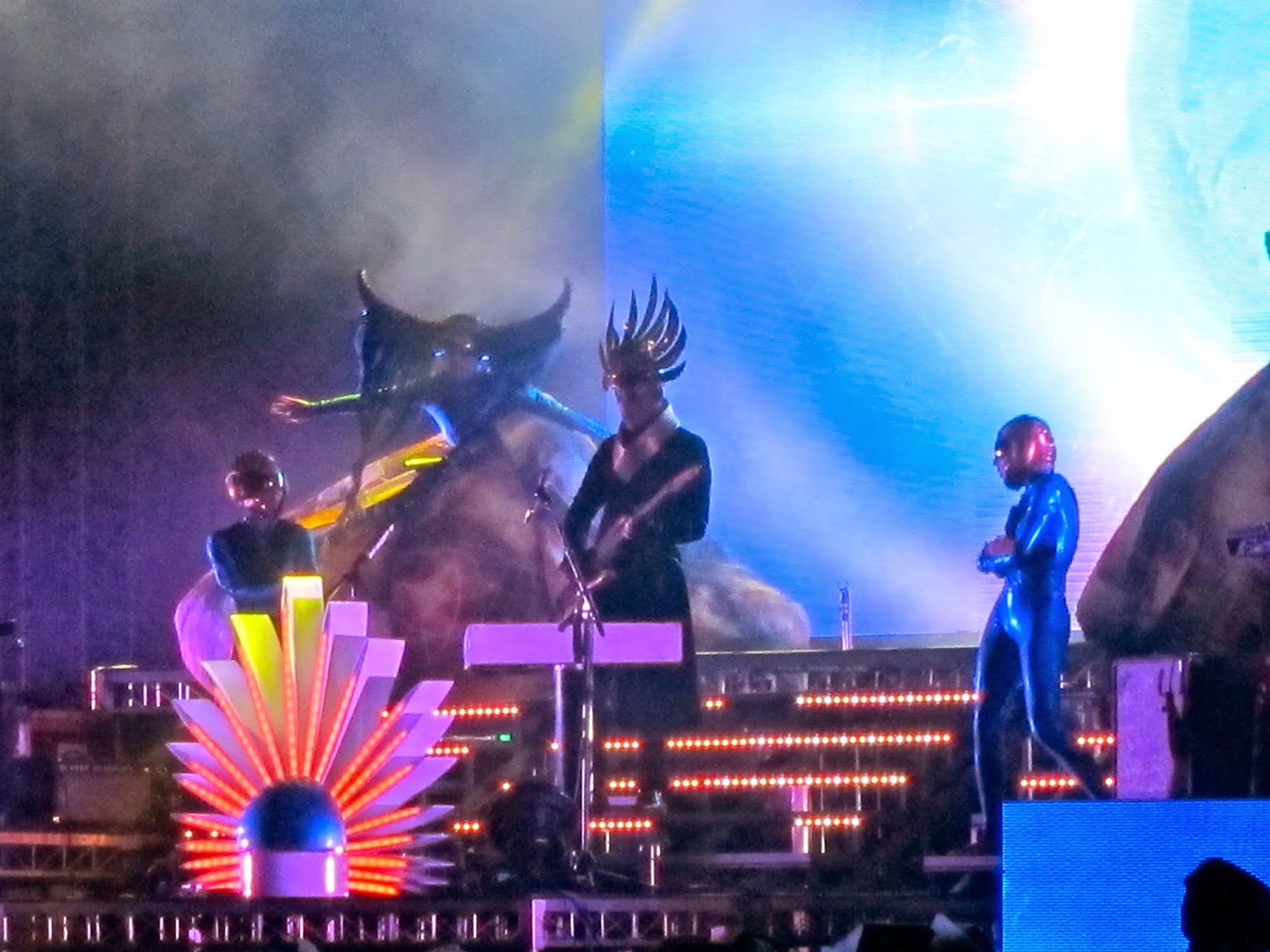 It was just breath taking.
I was speechless, I am not kidding. It's been a while since I've been to an event where there's just singing, no DJing. It was refreshing and good! Even more so when the acts can sing so well (though I am not sure whether they sang throughout the whole set as some parts seemed like they were lip-syncing) 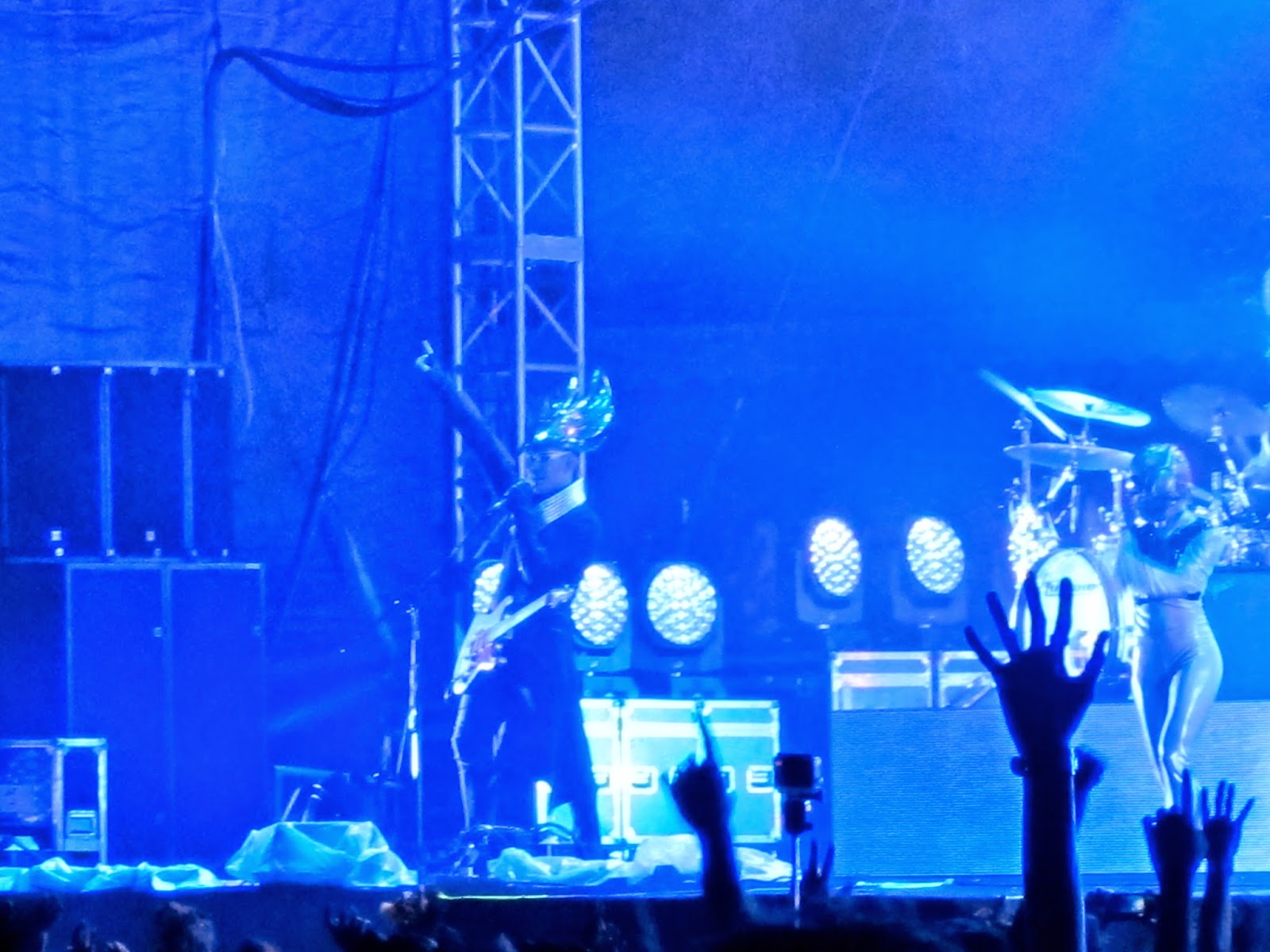 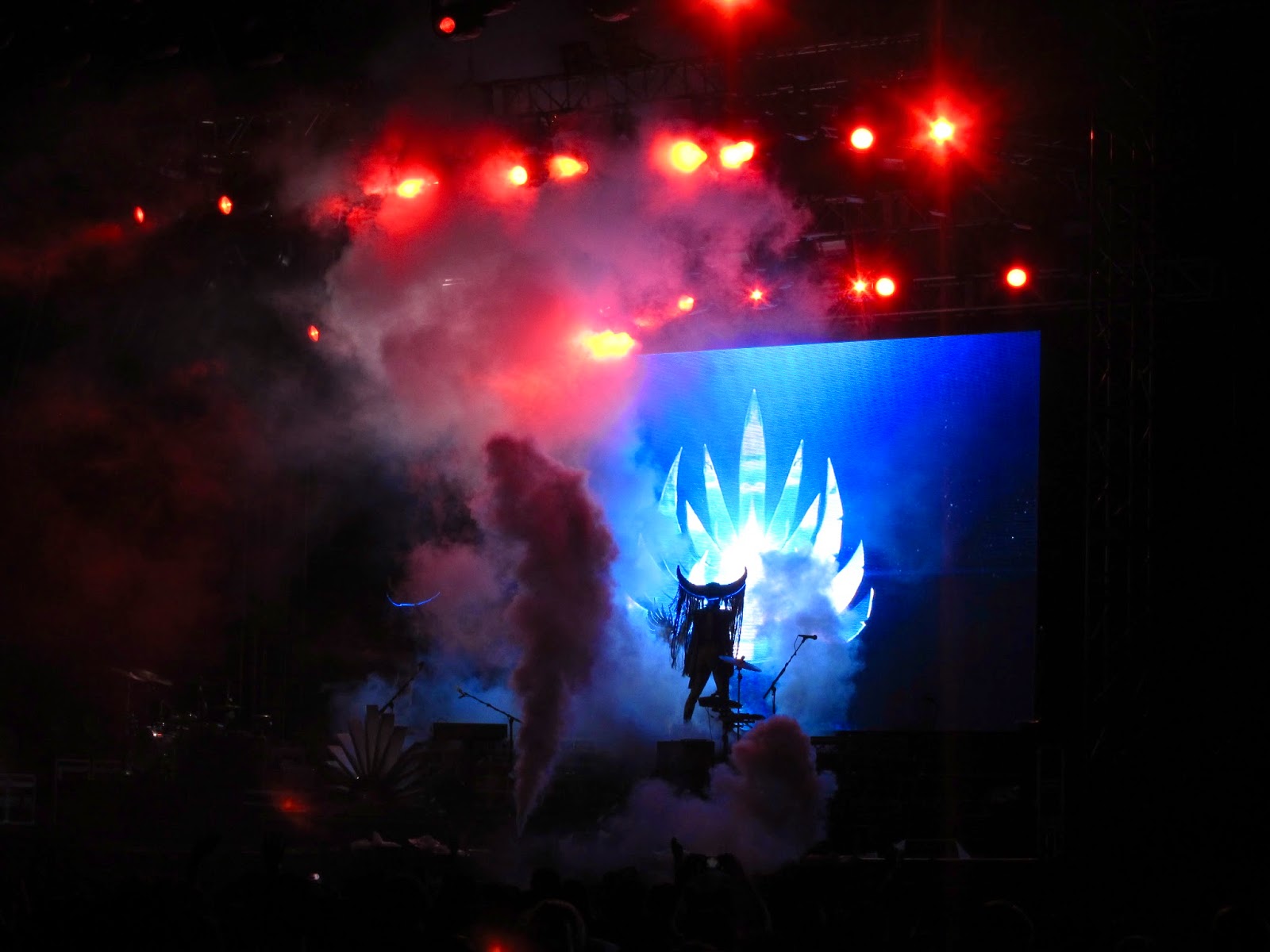 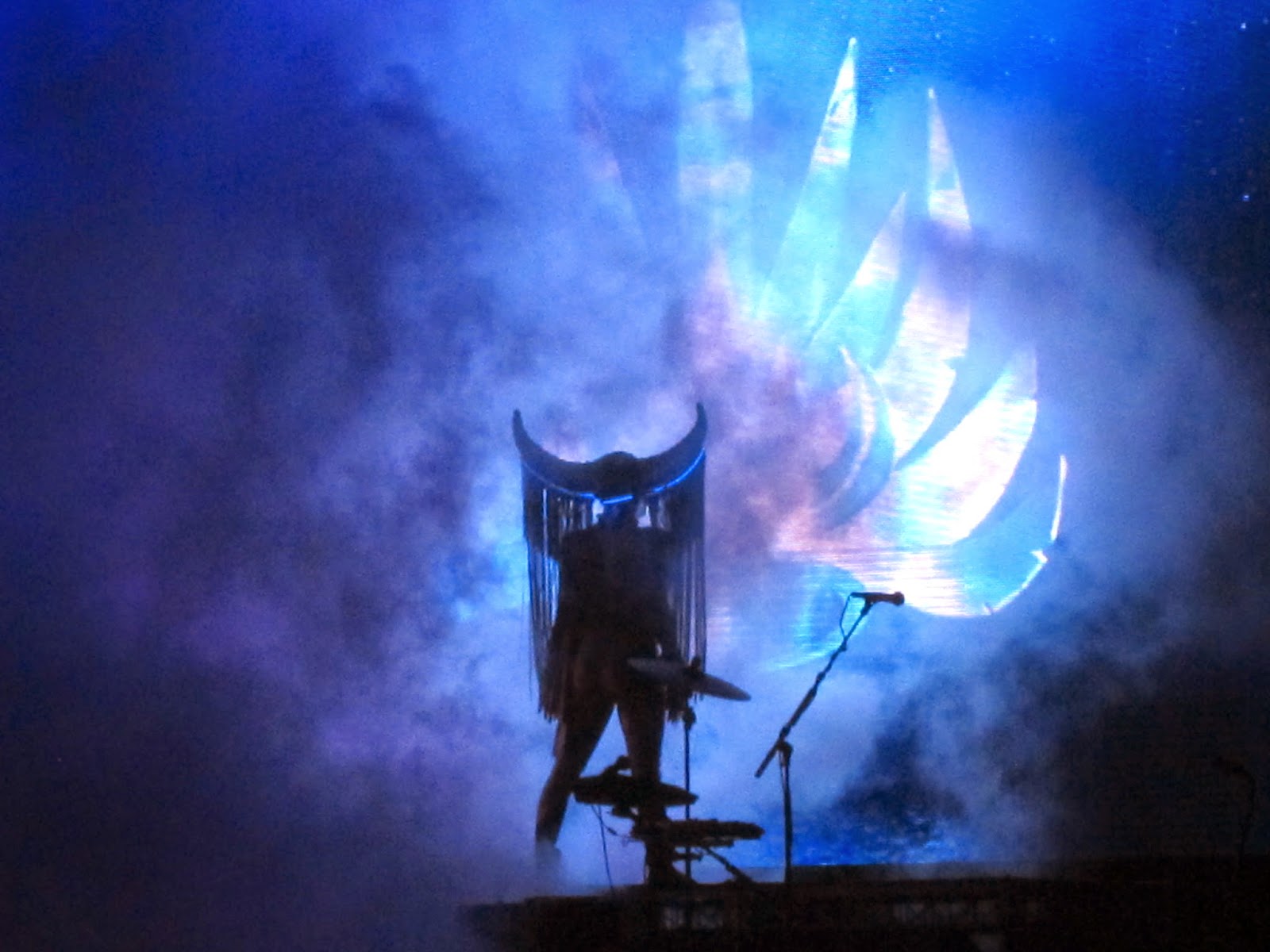 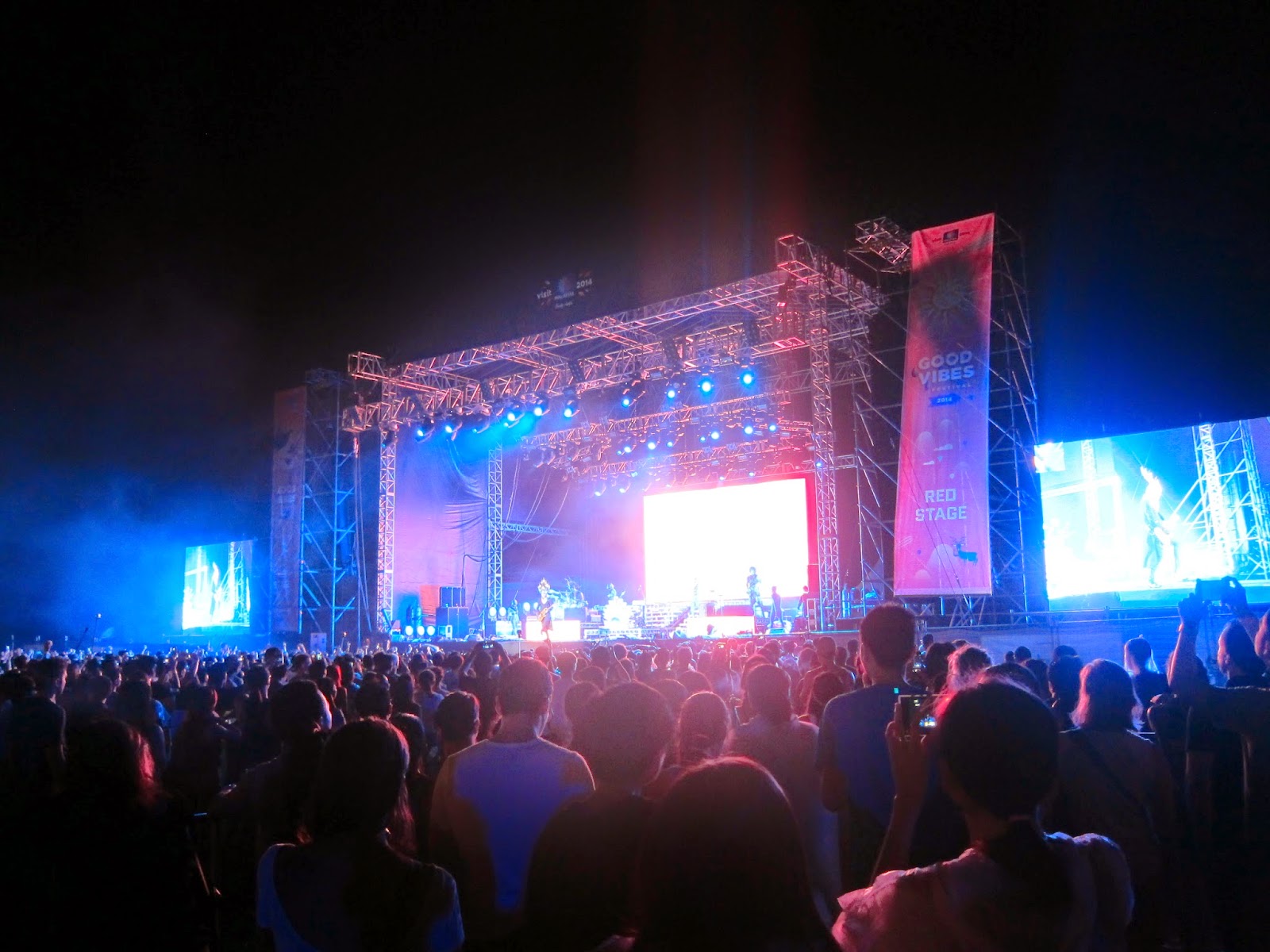 It was a close to perfect performance by Empire of The Sun and I am so grateful to finally watch them live. Oh my god. So good. The effort they put in and the melodies they belted ; Walking On A Dream, We Are The People and Alive.

We Are The People

Walking On A Dream
- first song I heard from them and I made it my holiday theme song whenever I go on a vacay! haha. 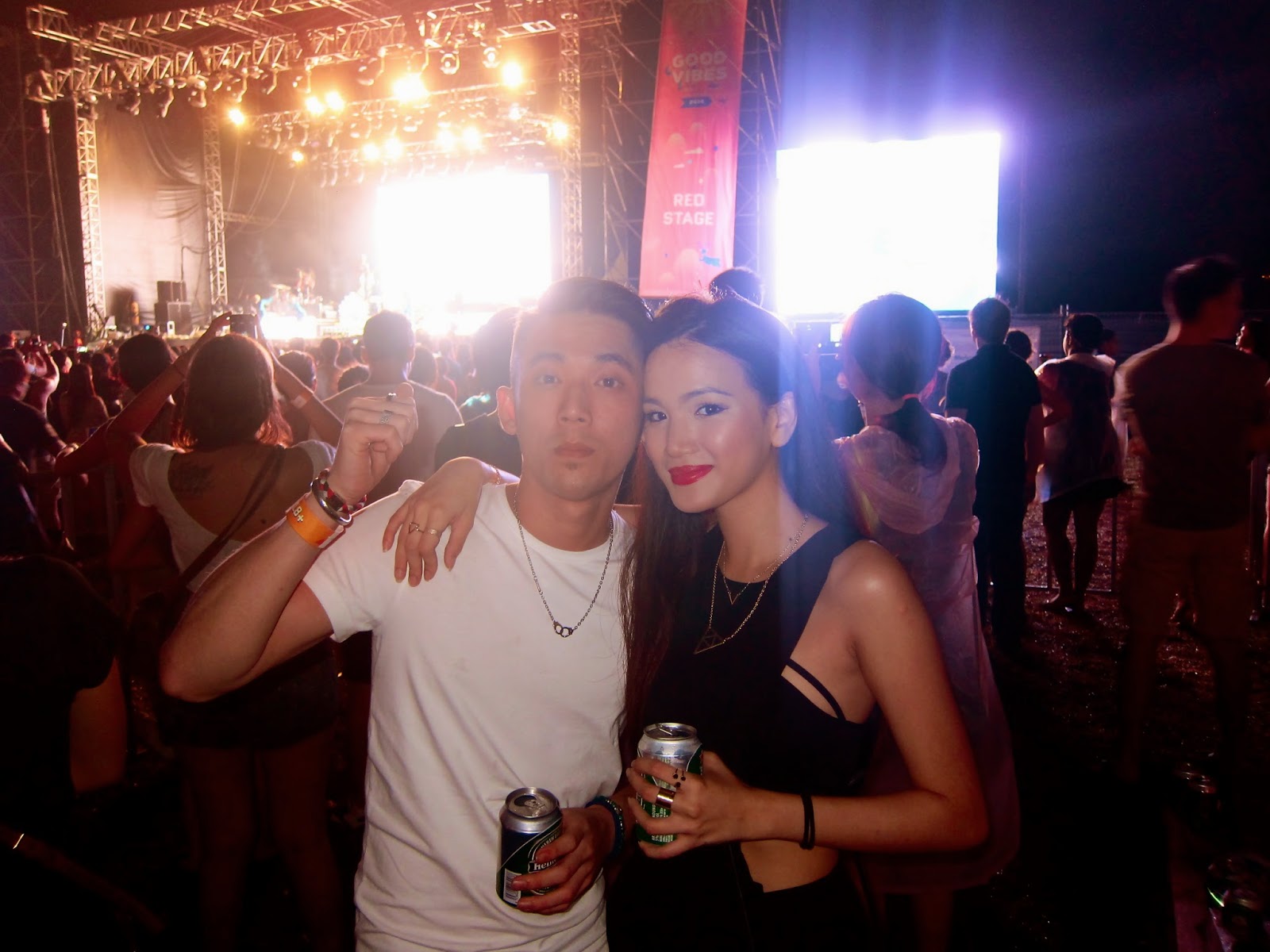 Good show by Empire of The Sun.
I was a happy girl enjoying my beer and good music ;)


So there was a short break before Ellie Goulding's set, so we walked over to the jumping tower (?) I don't know what is it actually called and the line was too long so.. 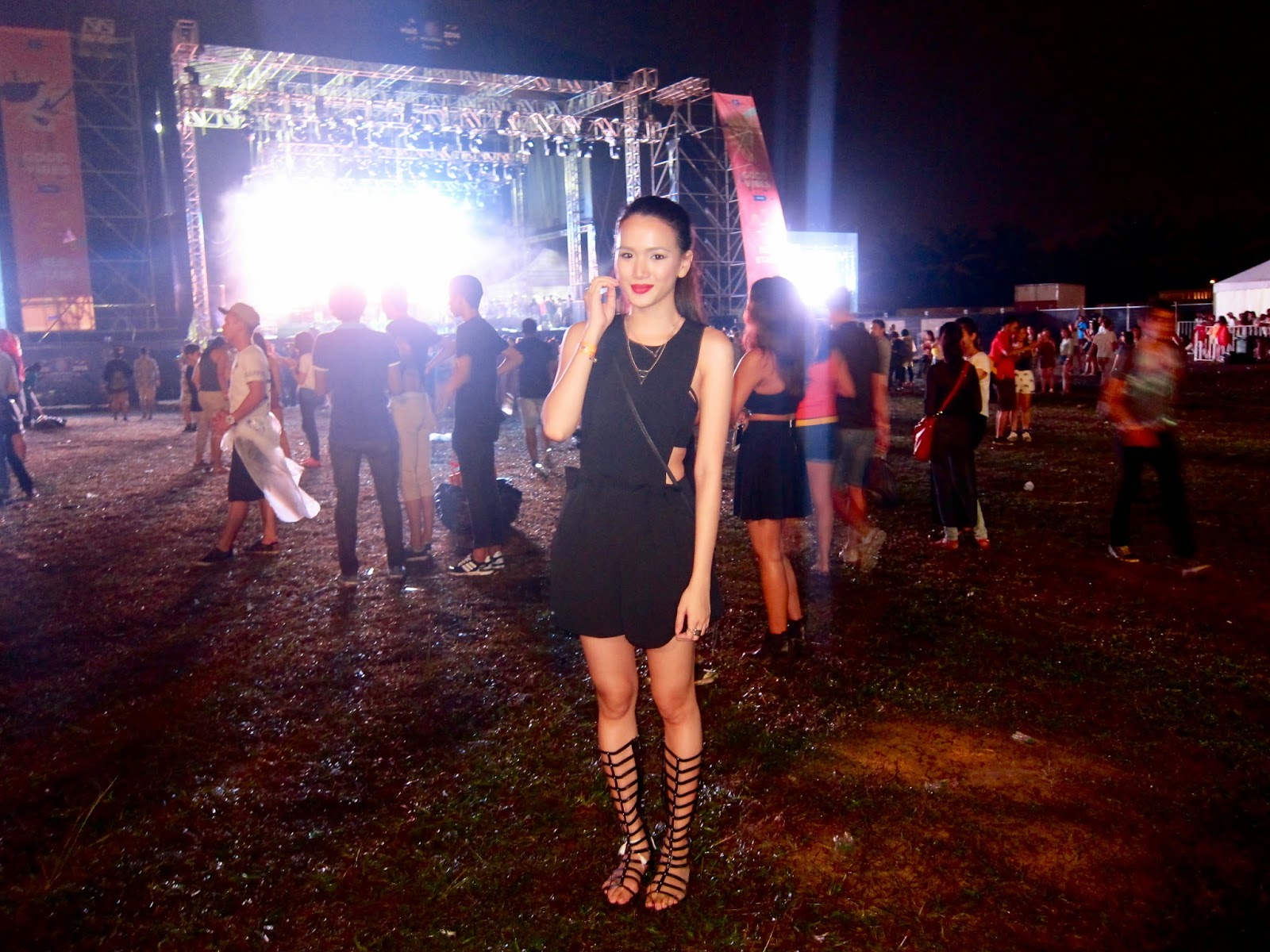 Outfit of the night? Haha.
Was inspired by Fashion Bloggers for this ensemble. Gladiators which are in trend now and a pinafore playsuit. Comfy as well!

Finally Ellie G was on stage! 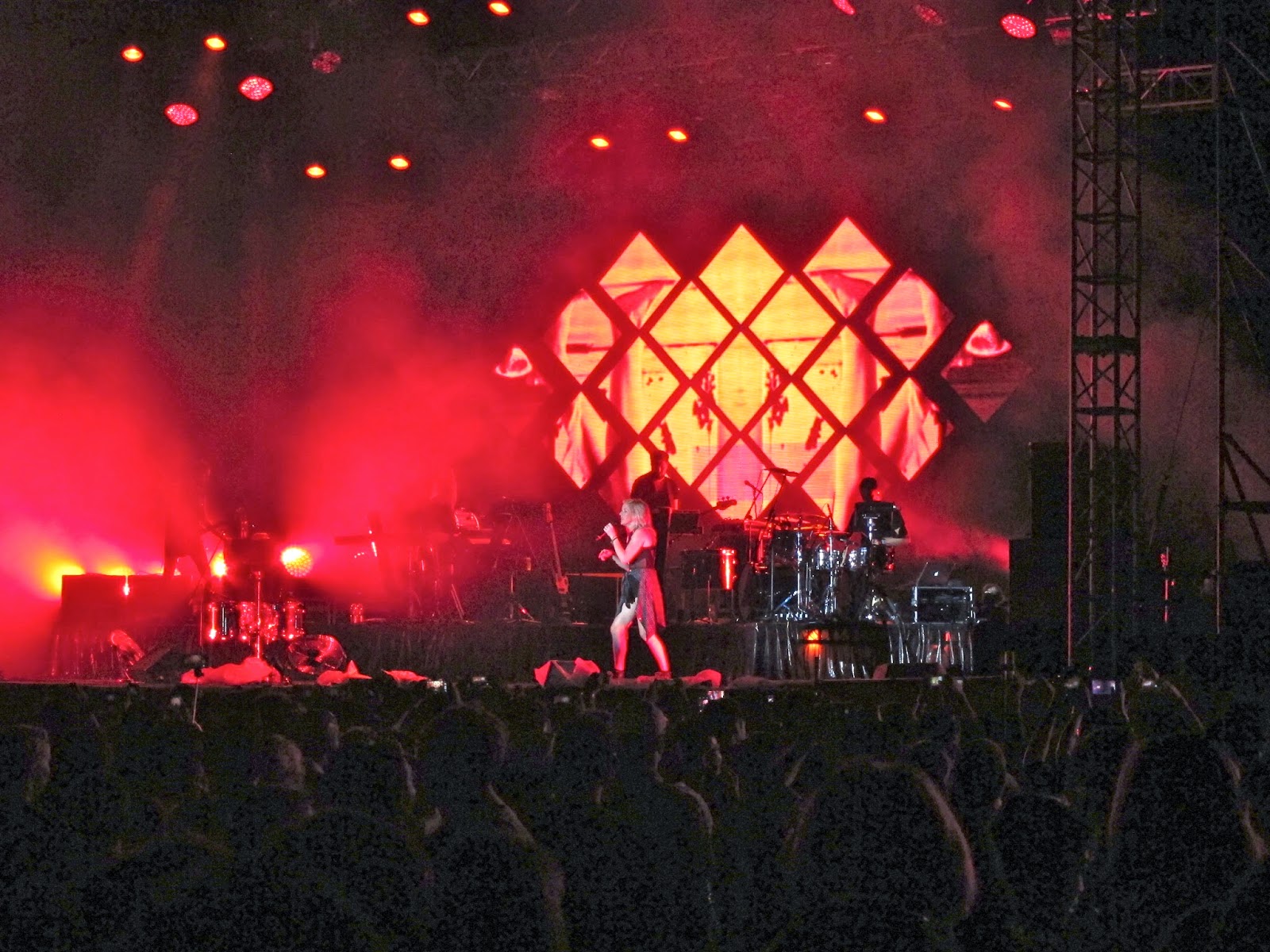 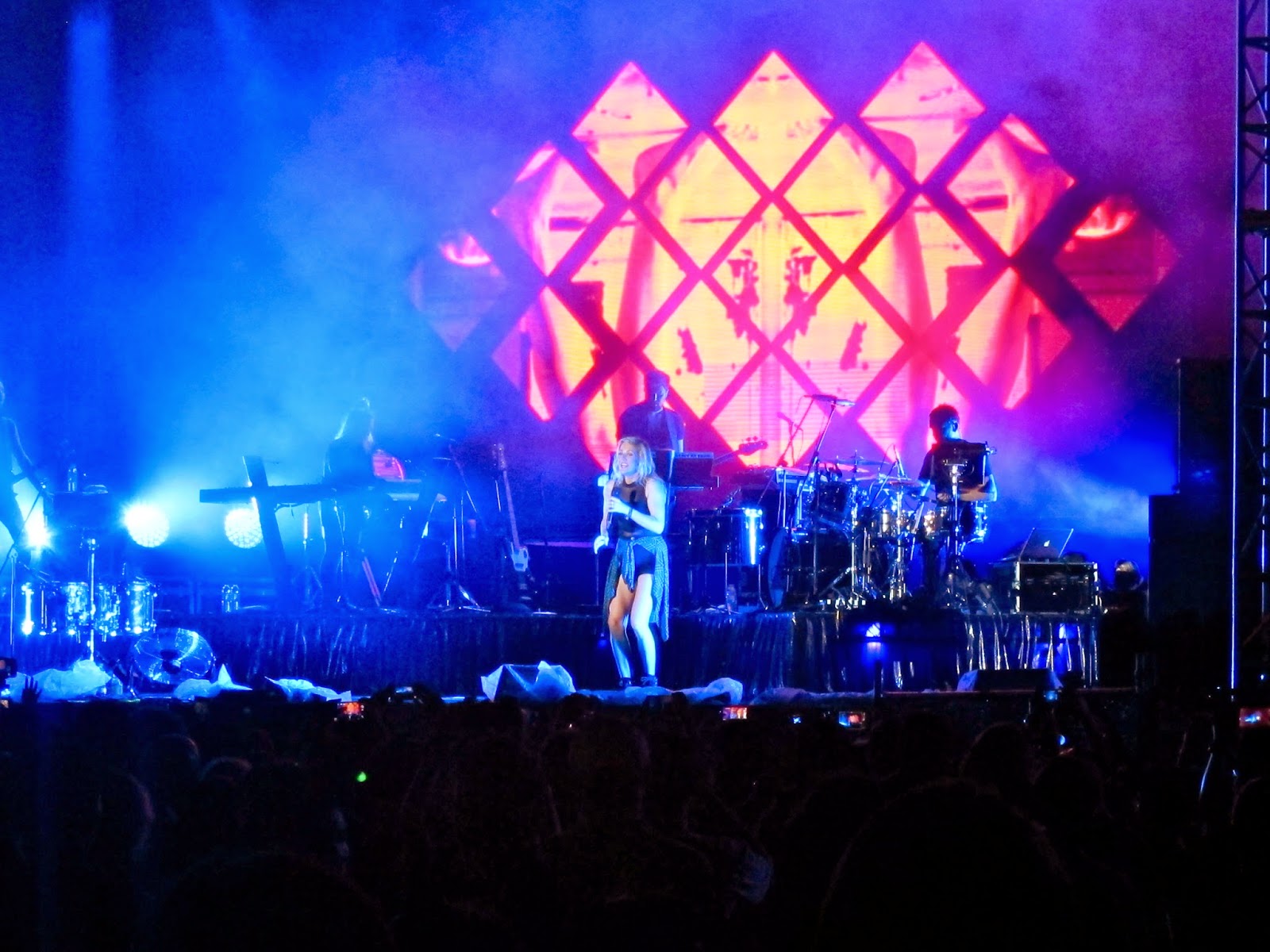 Of course her set up was much simpler and less dramatic as EOTS but she has a magnificent voice to make up for that! :D 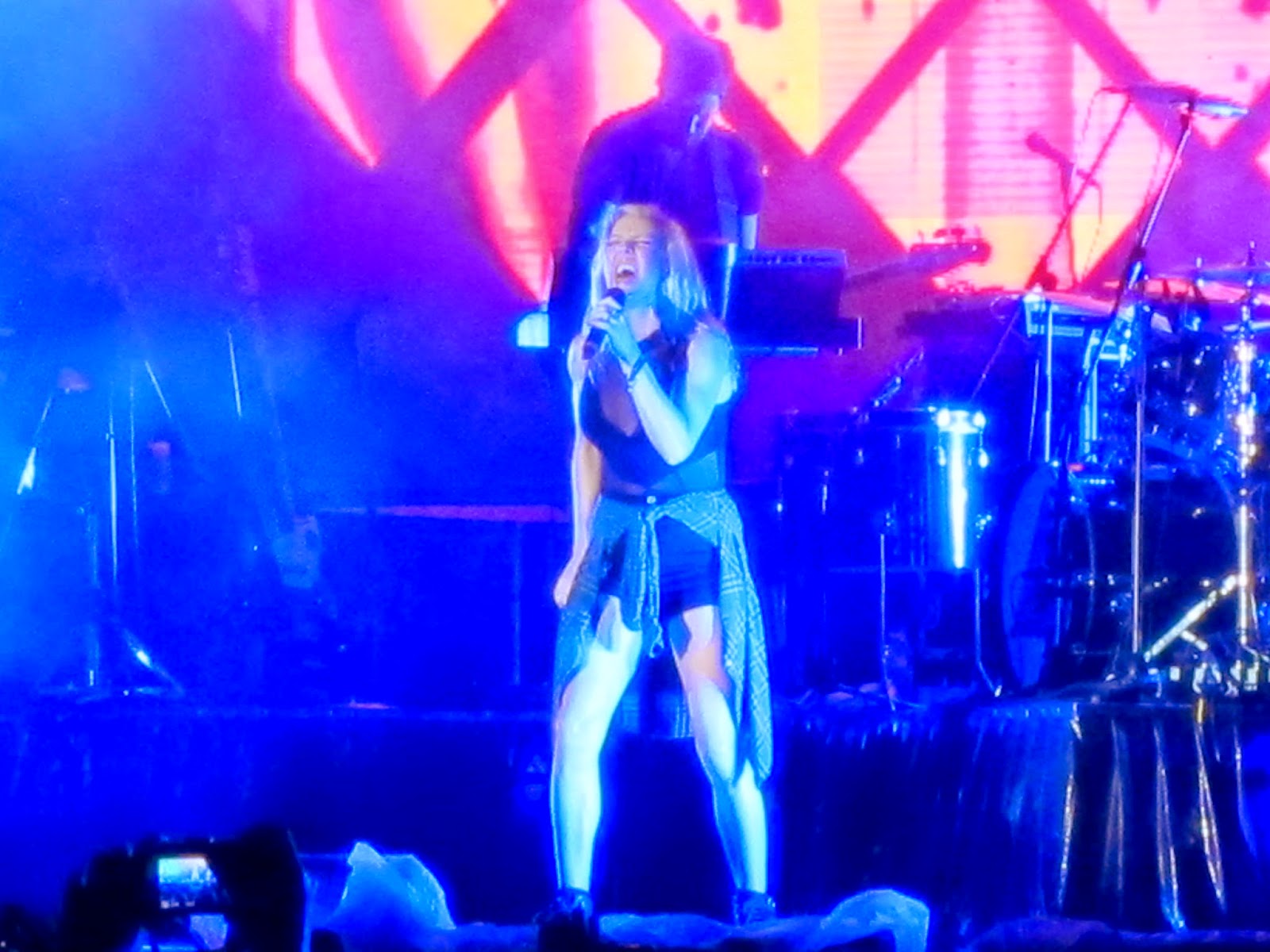 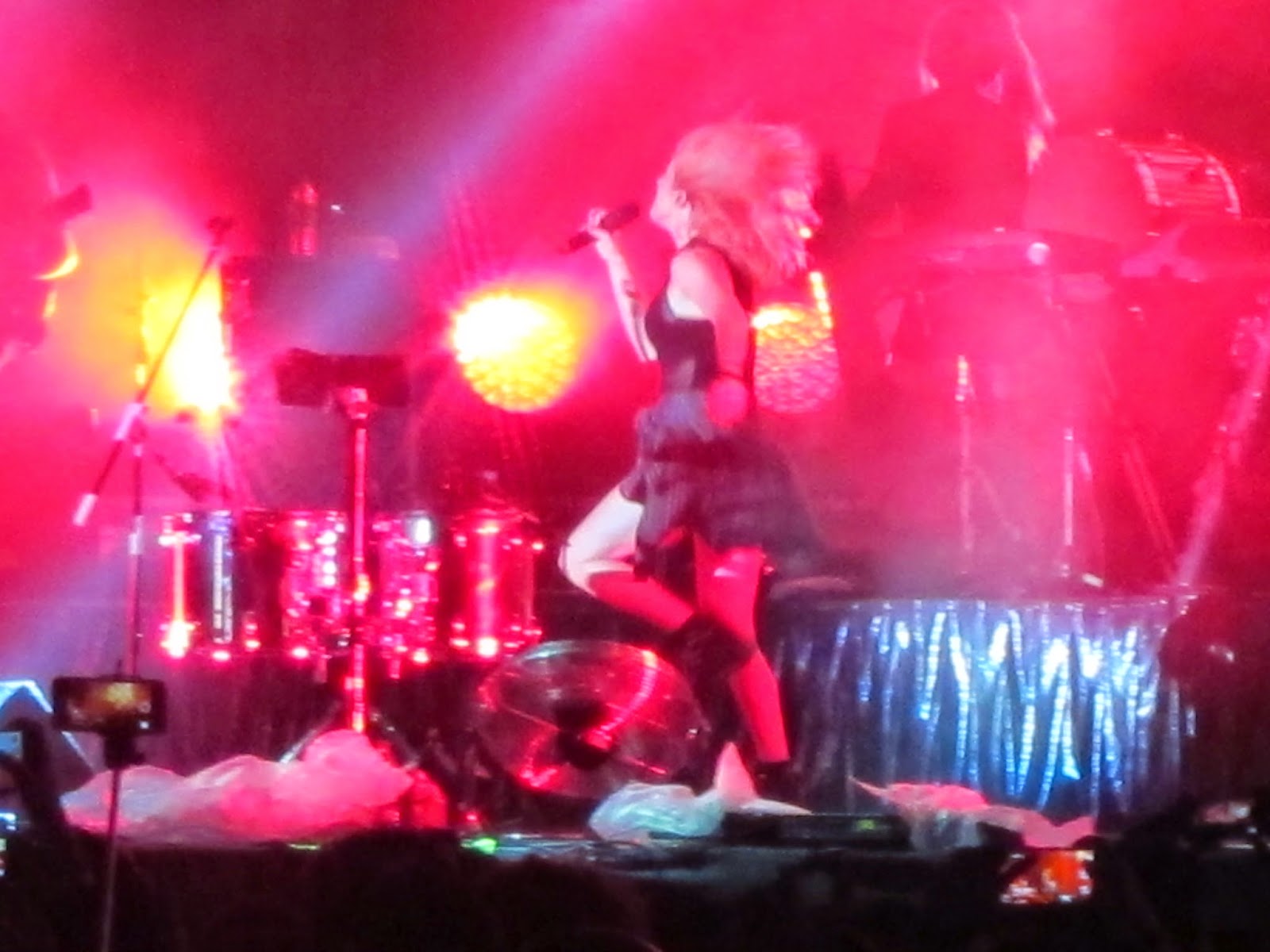 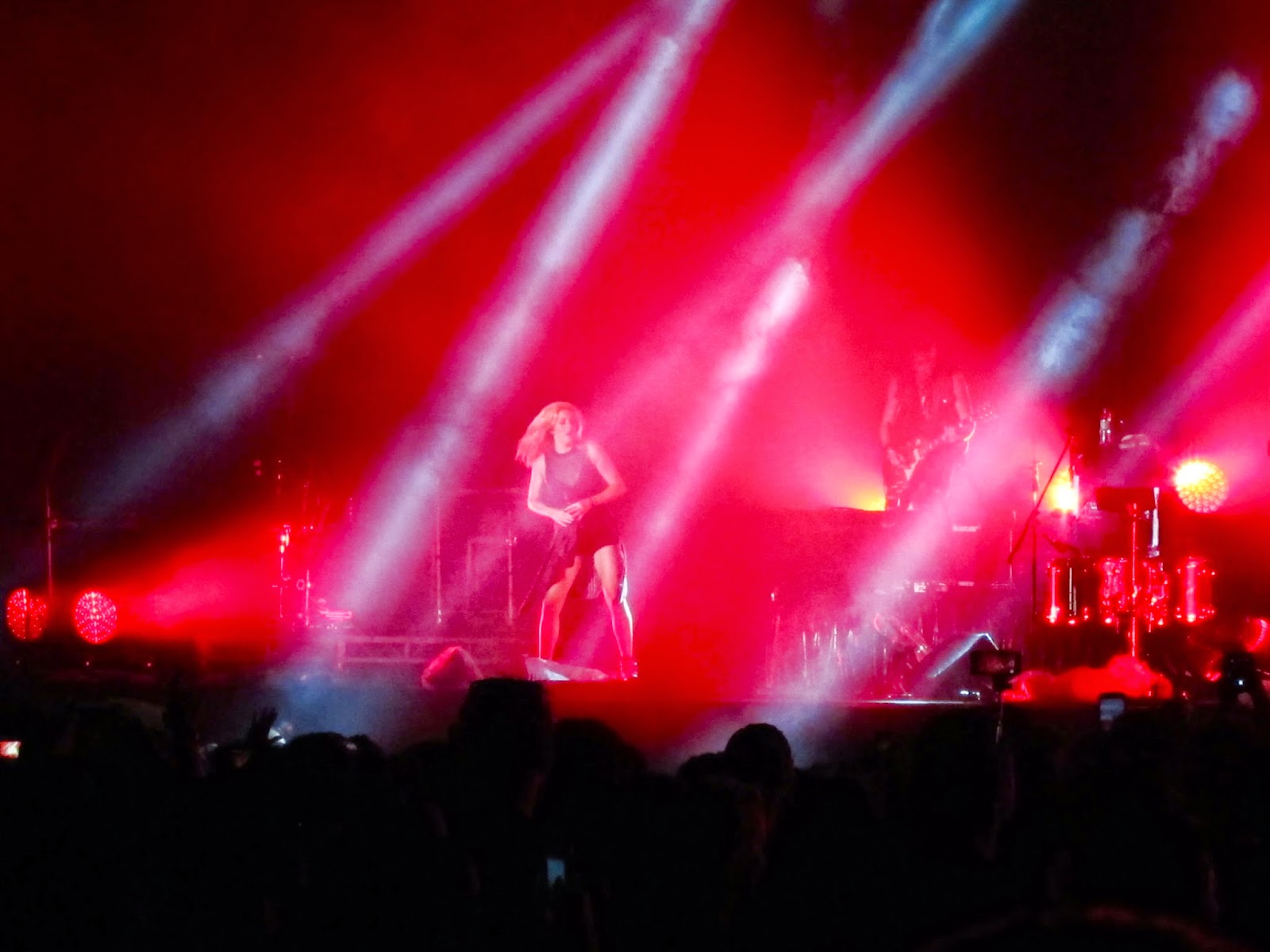 She was full of energy, very entertaining and interacted with the crowd.
Girl must been taking up some belly dancing classes cause boy, can she sway those hips of hers! Oh and her belly roll was oh so purrrfect.

I Need Your Love
- probably my fave song of the night. Maybe cause the producer behind this tune :p haha

Lights
- the first song I heard before I fell madly in love with Ellie Goulding. 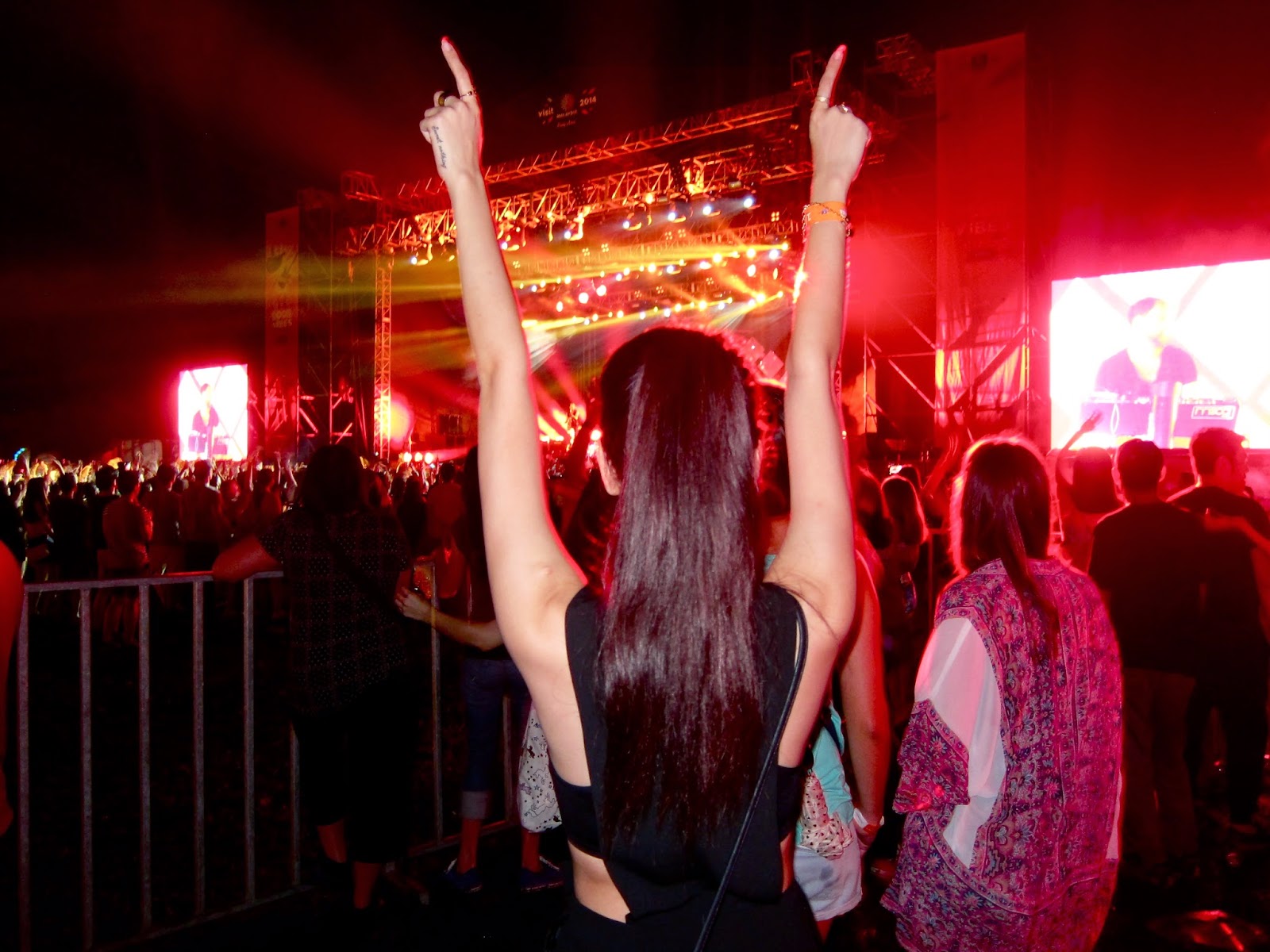 I had an enjoyable night despite the heavy downpour and the muddy grounds.
It was all bearable for the good atmosphere and wonderful live acts!

So grateful for finally catching them live and I can finally check that list of mine off (few more to go though, really wanna watch Lana Del Rey, can anyone bring her over?)

I hope the line up would be this awesome next year! By the way kudos to the Livescape team for handling this event well. I kinda miss raves in Sepang now, aih.