So it's our second day at our wonderful villa. Sleeping was a bliss, finally some well needed R&R after months of tedious projects.

Woke up to a lovely breakfast spread on the dining table, from steaks to the more traditional bacon and eggs paired with fresh fruits and cereals and a cup of fresh juice!

After resting our full tummies we changed into our swimwear and lounged by the pool. 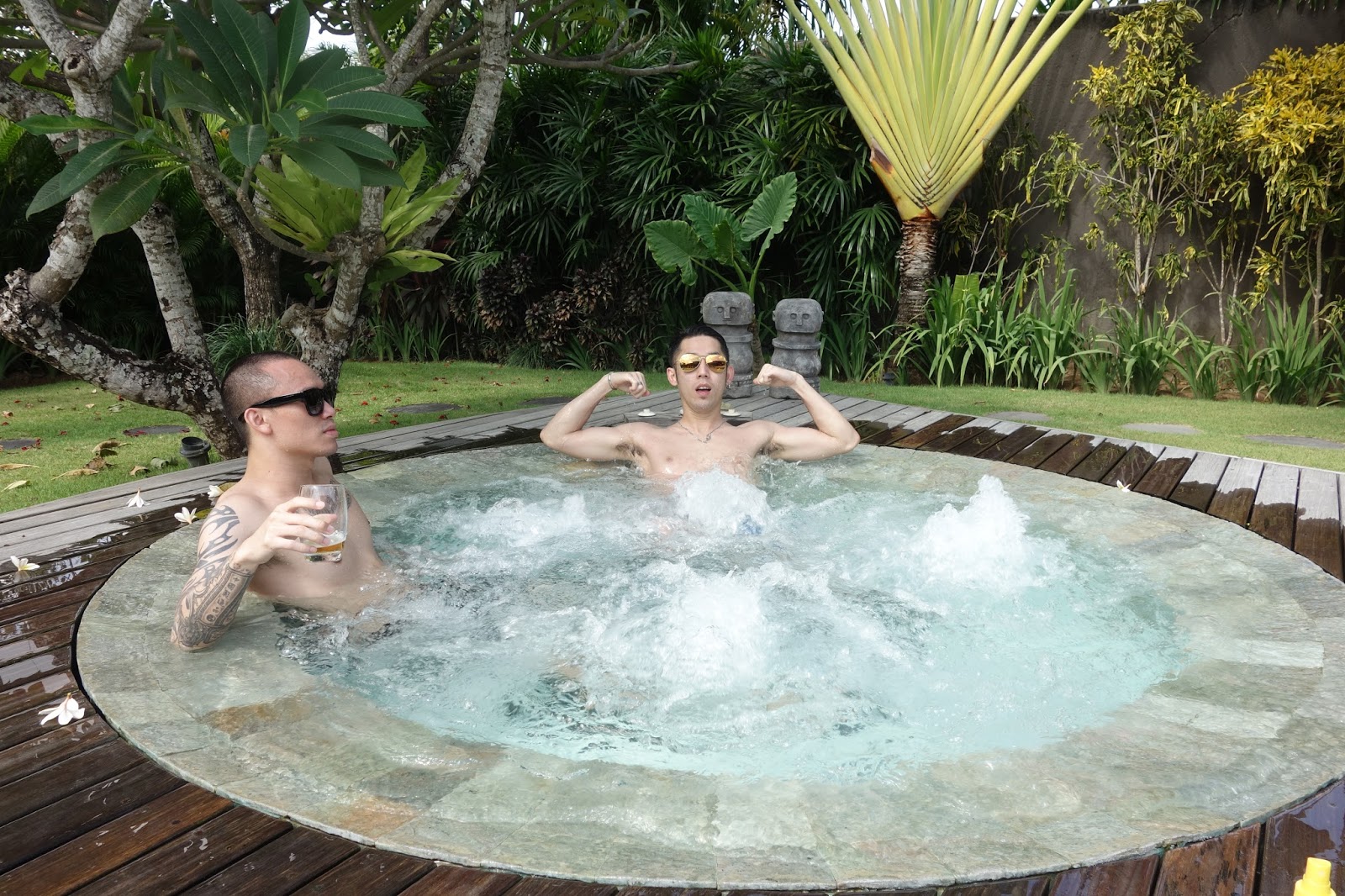 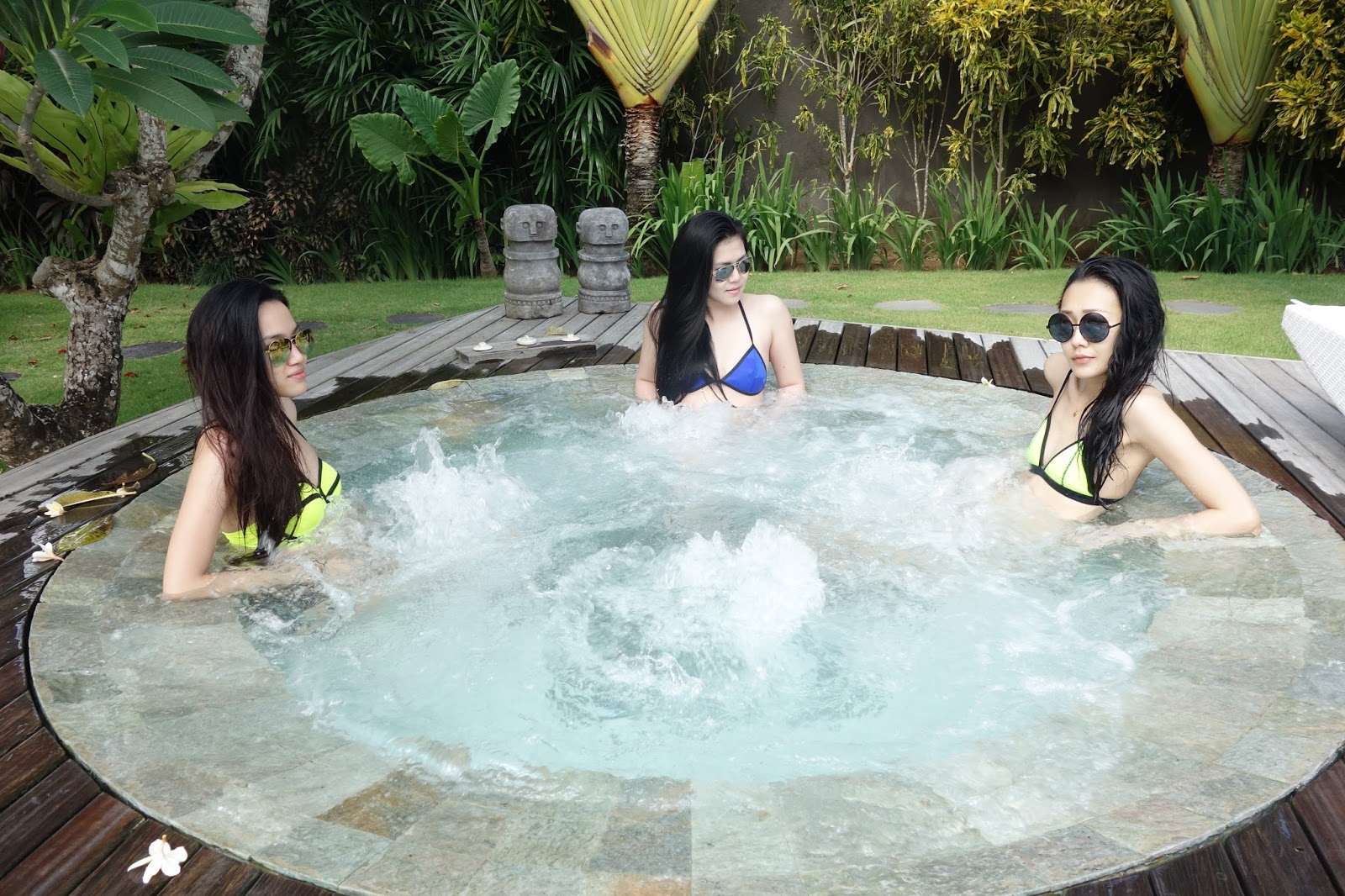 After some freaking epic photo sessions we decided to walk to the beach which was supposedly near our villa according to Waze.

Boy, was that a wrong thing to do! One thing I didn't like about Bali is that, if you aren't staying beach front, it's gonna be tough getting around as the roads are narrow and aren't walking friendly. Doesn't helps when cabbies are just out there to scam you too. We took a cab which charged a set price to a destination, but once we arrived he bumped up the price! Ugh, I had tacky conniving people like that. Such a mood kill! So prepare the exact change for situations like these. 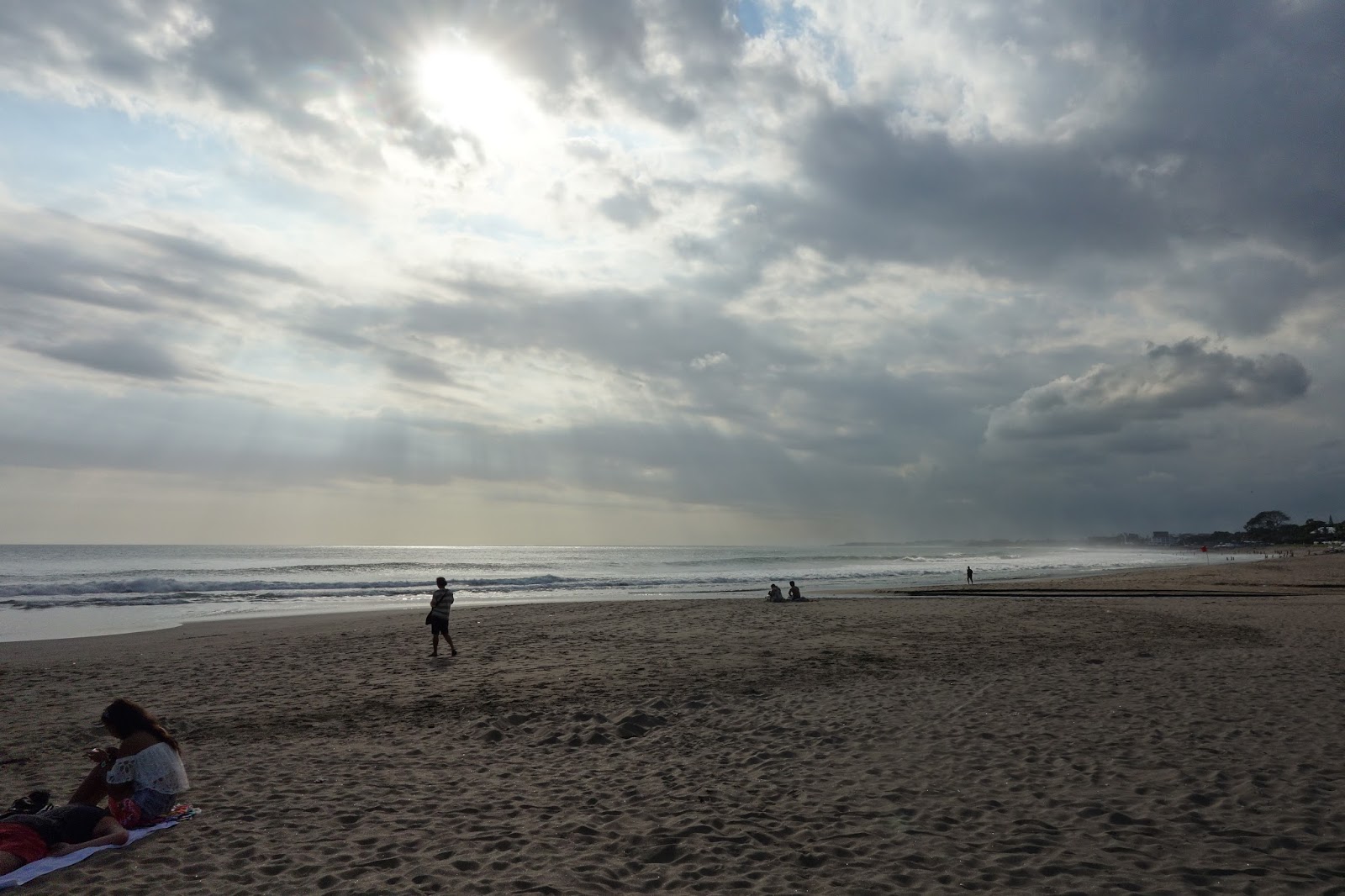 So we were finally at the beach and it was such a beautiful day!
Lovely bright sun, warm breeze, cool waters and golden sand.

It was a huge stretch of sand and you can see people chilling nearby.
Though some parts of the beach you can find loads of litter. Tsk tsk. Why don't people take care of things like these? You're not only contaminating the ocean but also the sand and etc. 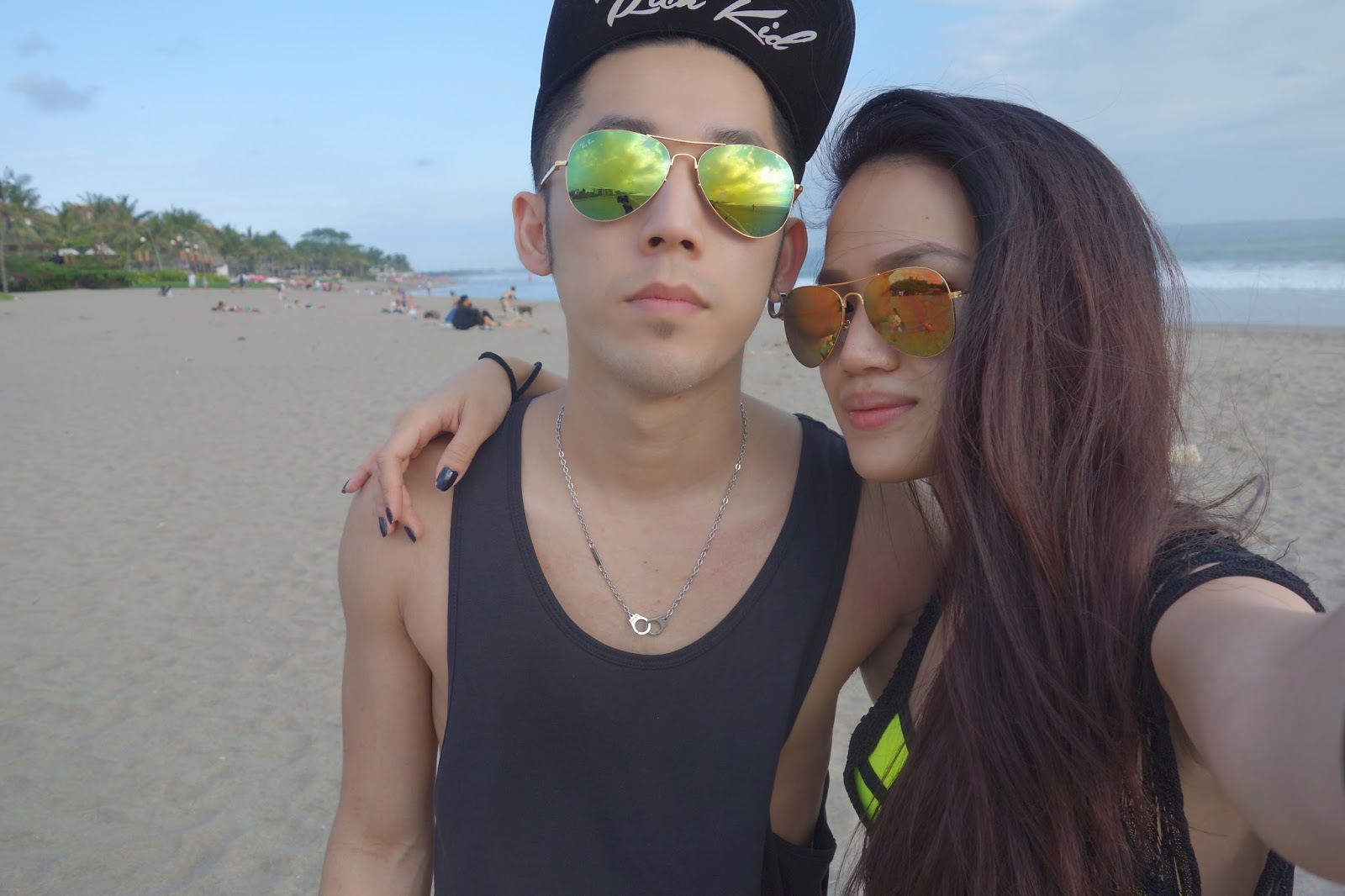 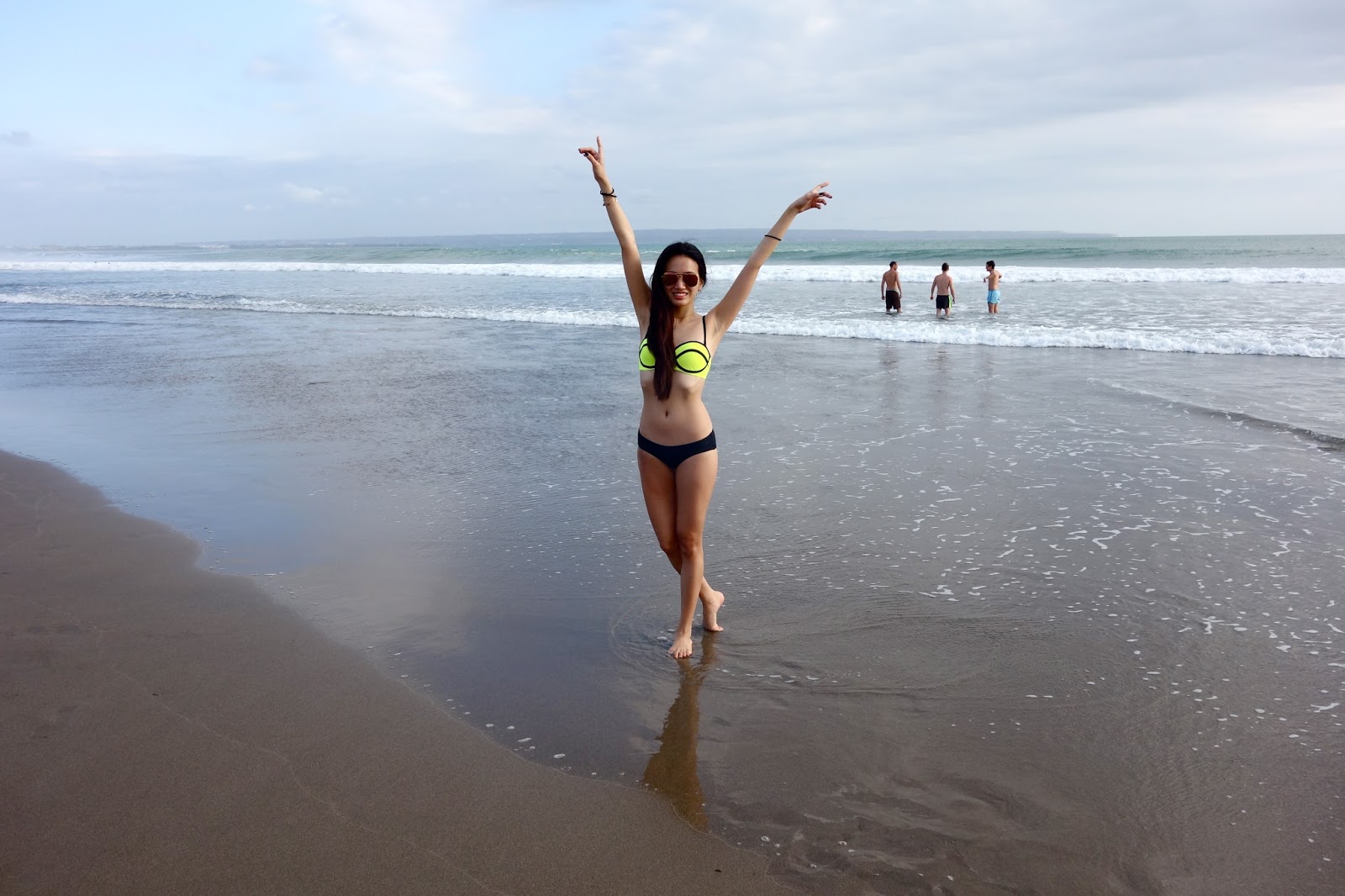 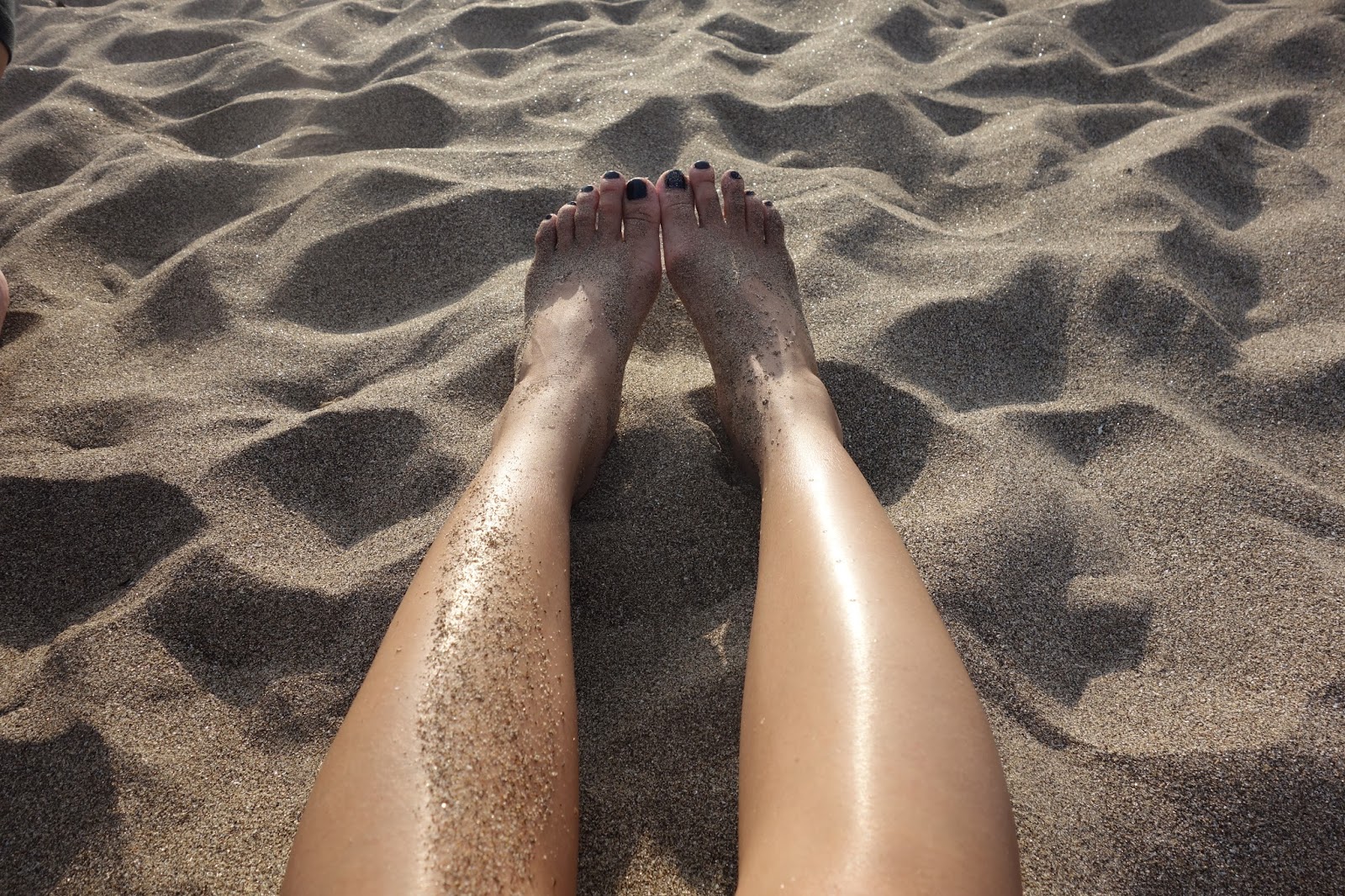 The bunch thought it was a little too quiet to chill at the spot I wanted to chill T.T so we walked for a bit and ended up at Ku De Ta again haha. But since it was during the day the vibe was definitely different and the boys thought of having a beer so why not. 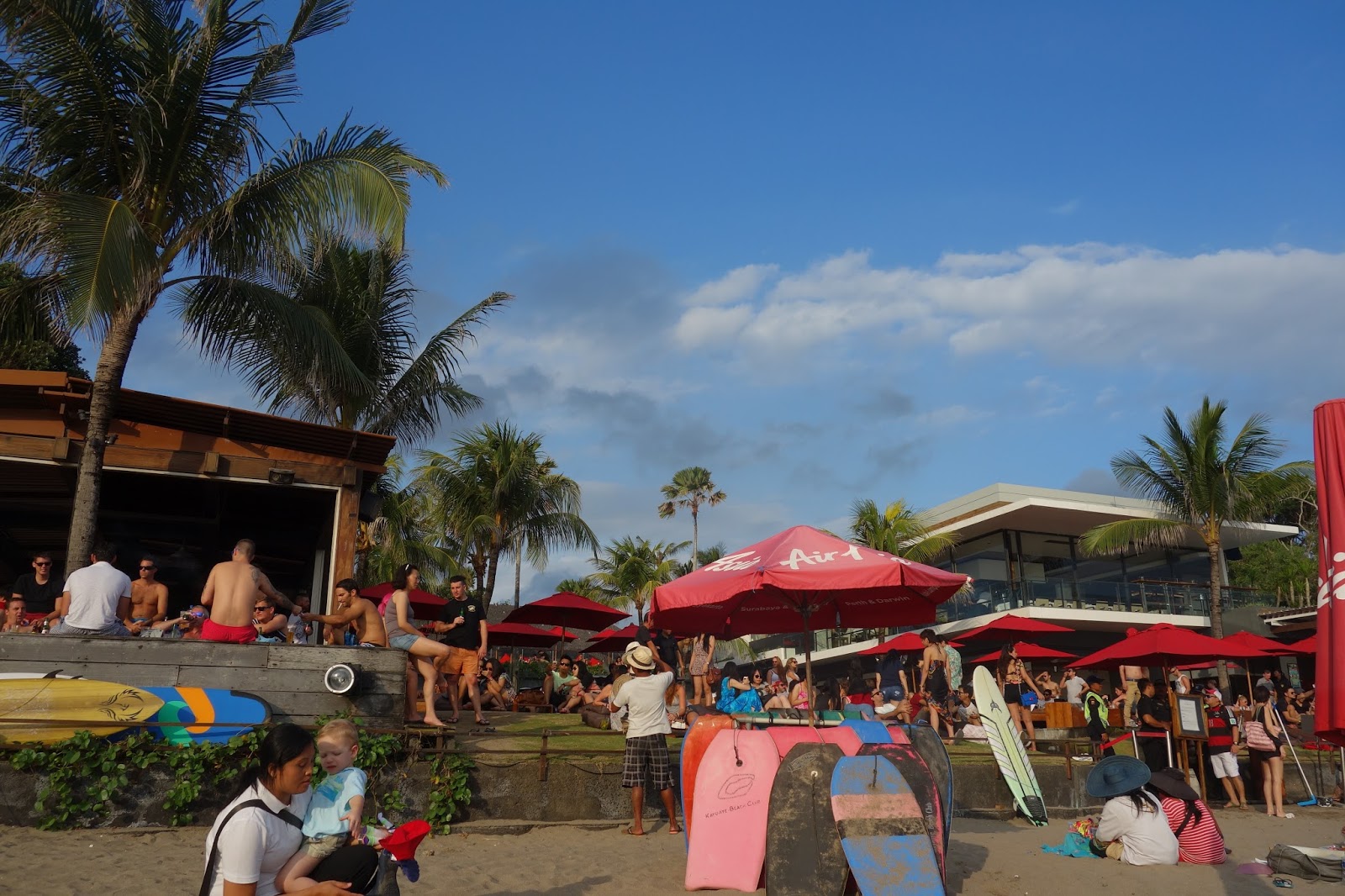 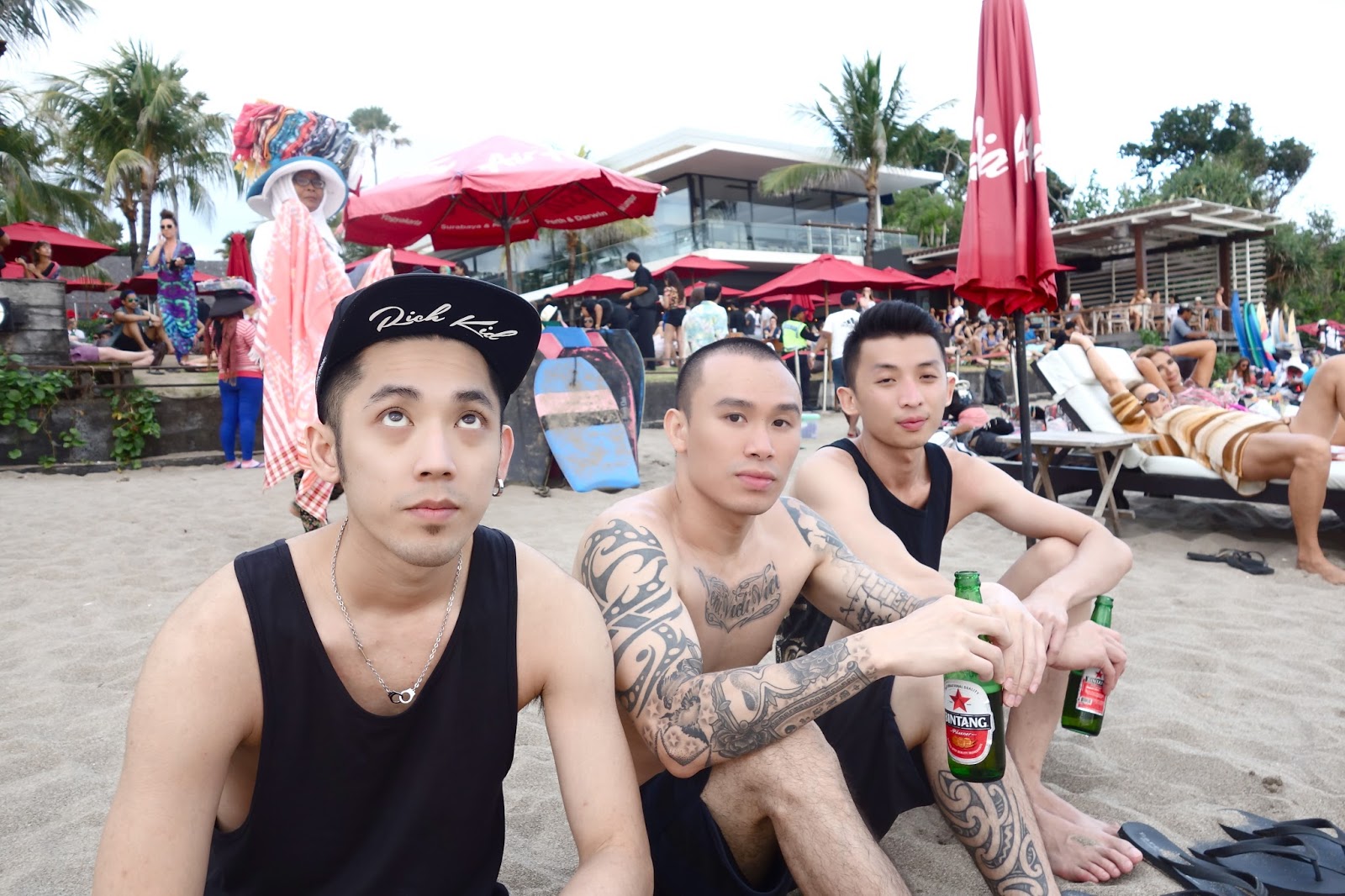 It was really packed and since we wanted the view and to spend some time on warm sand and watch the sunset we decided to just lounge outside.

In a couple of hours here comes the beautiful Bali sunset.
Rays of golden crispy lines peaked through soft clouds as everyone was enjoying their drinks and just talking about, life. Not a single worry was given that day and it was just a very laid back chilled noon/evening well spent. 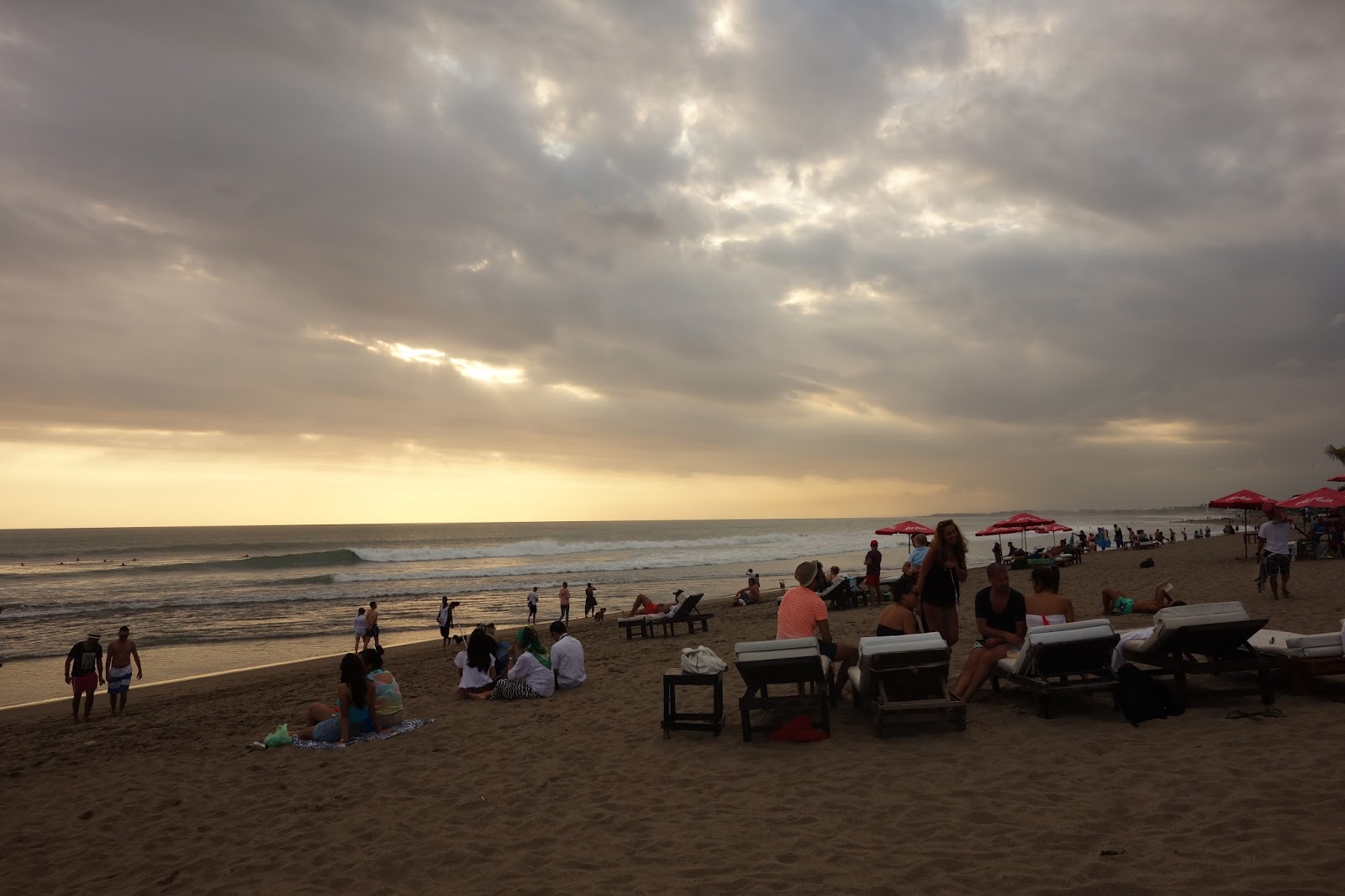 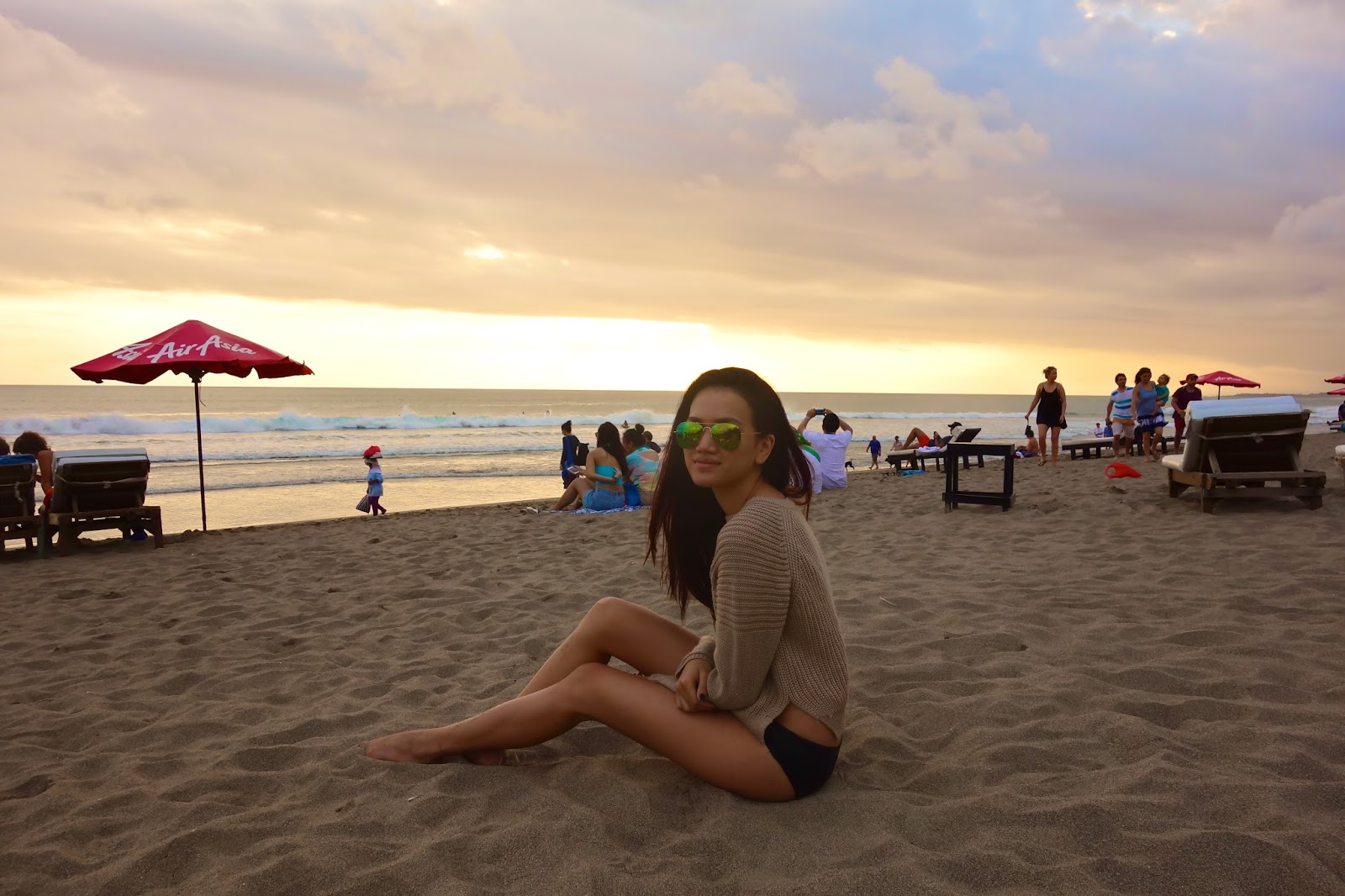 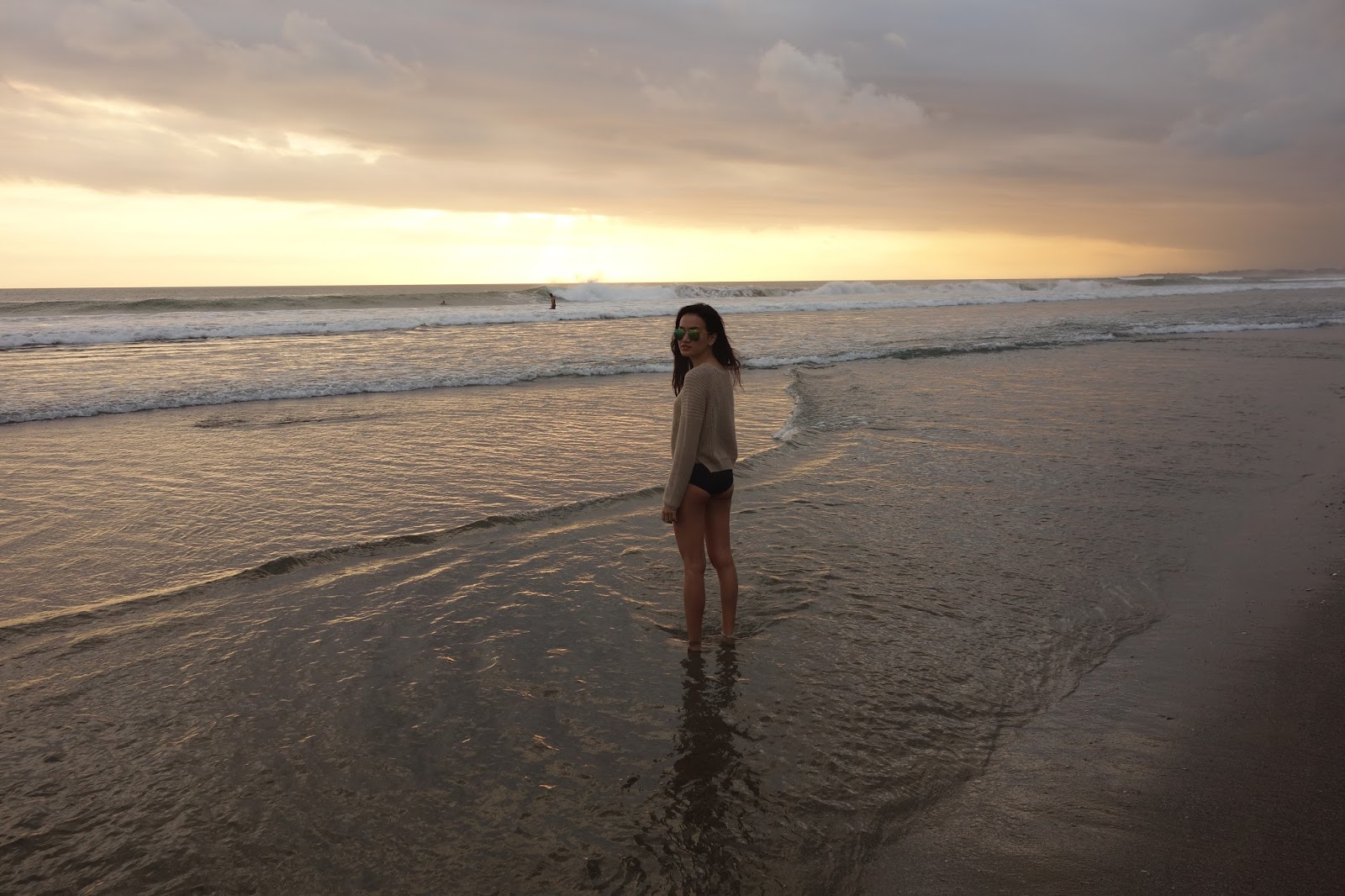 So after watching the sun set on the beautiful horizon we decided to take a stroll around Ku De Ta as we though we were pretty familiar with the area.

We walked for a bit and ended up having dinner at this restaurant which we thought was decent.
Lovely interior and deco till we realised we were at a proper proper restaurant.
We ended up at Hu'u Bar and Restaurant, which was infamous for their Baba Peranakan cusine and club nights with international DJs from all over. Talk about a find! 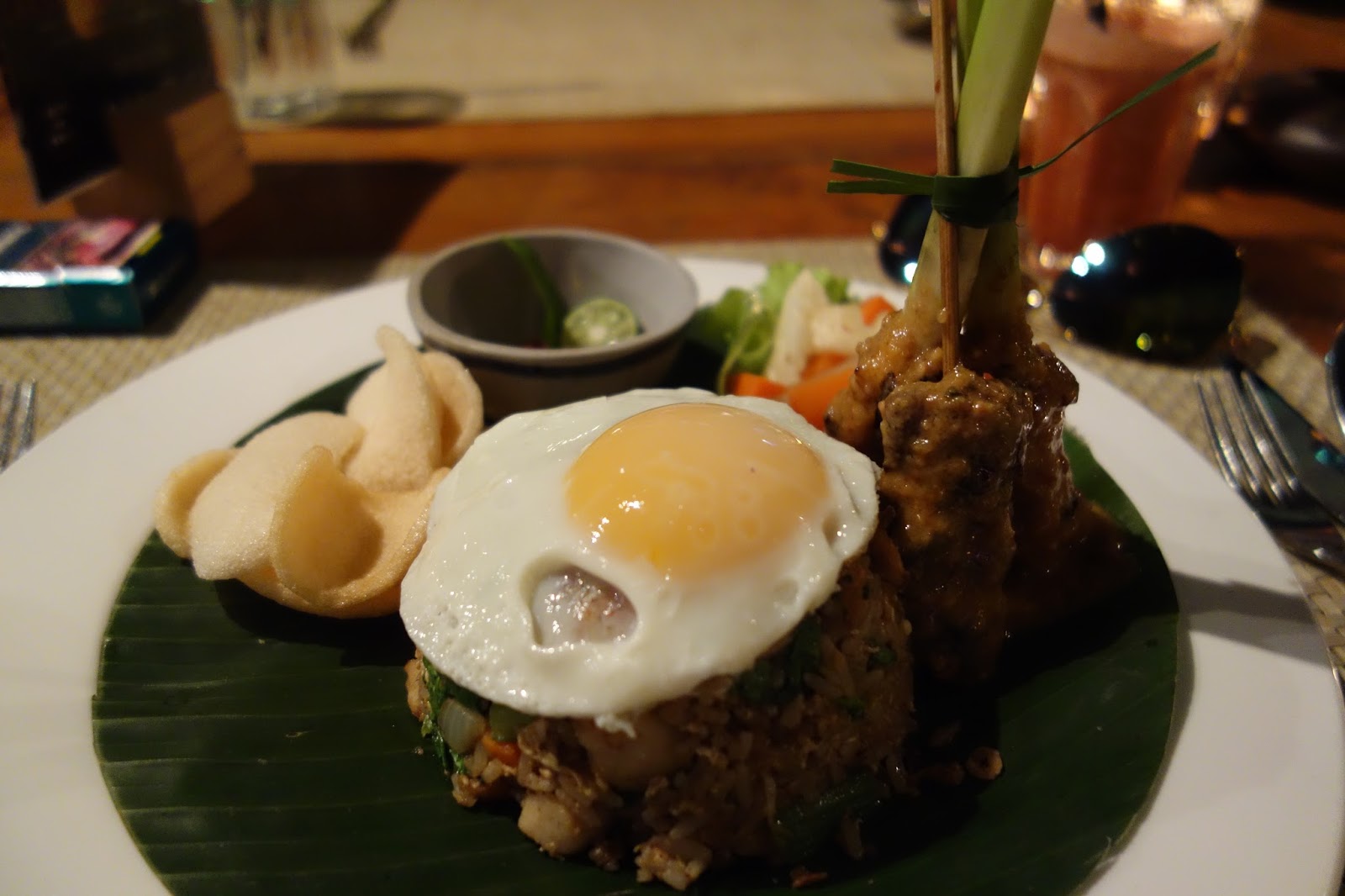 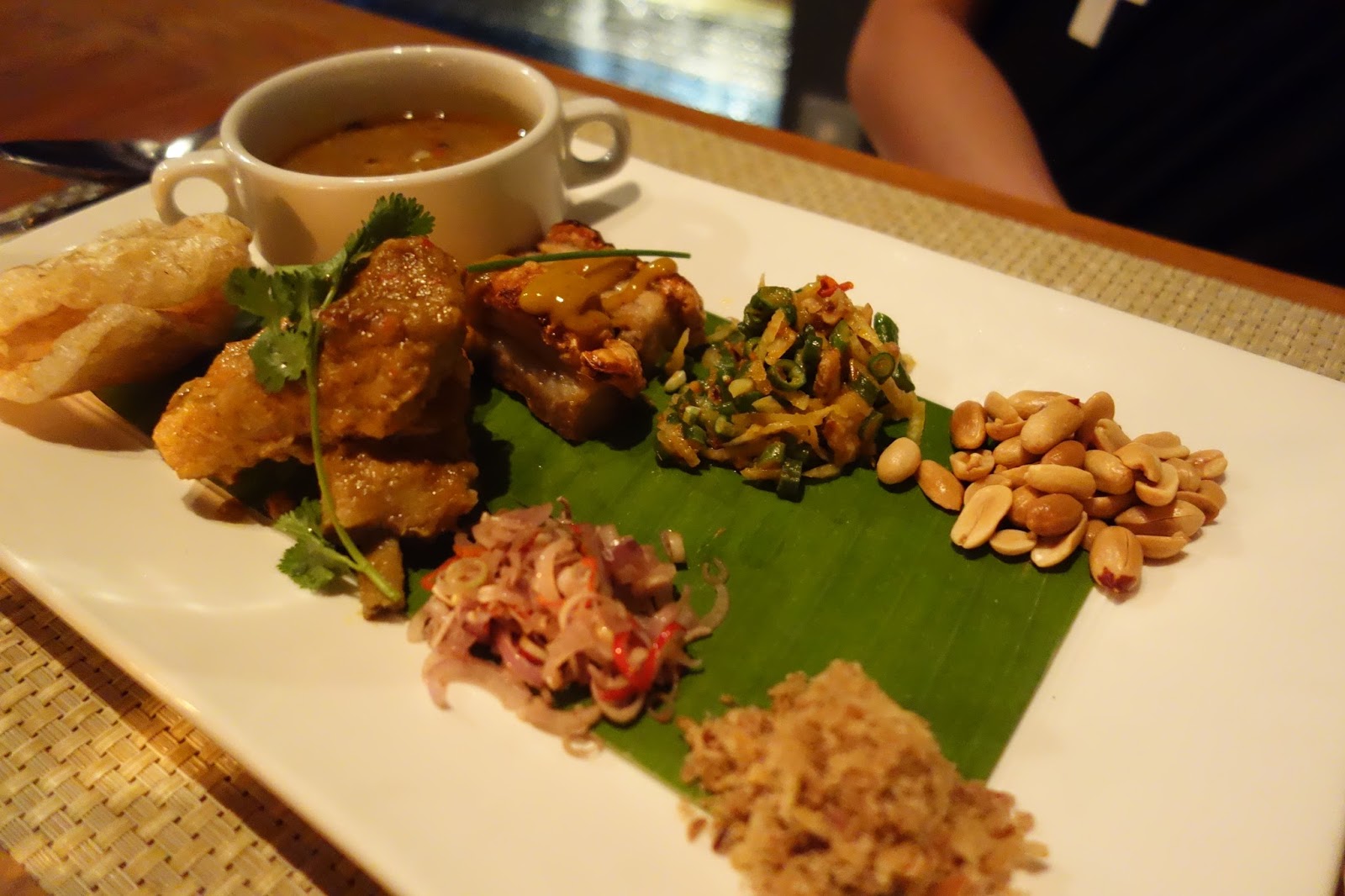 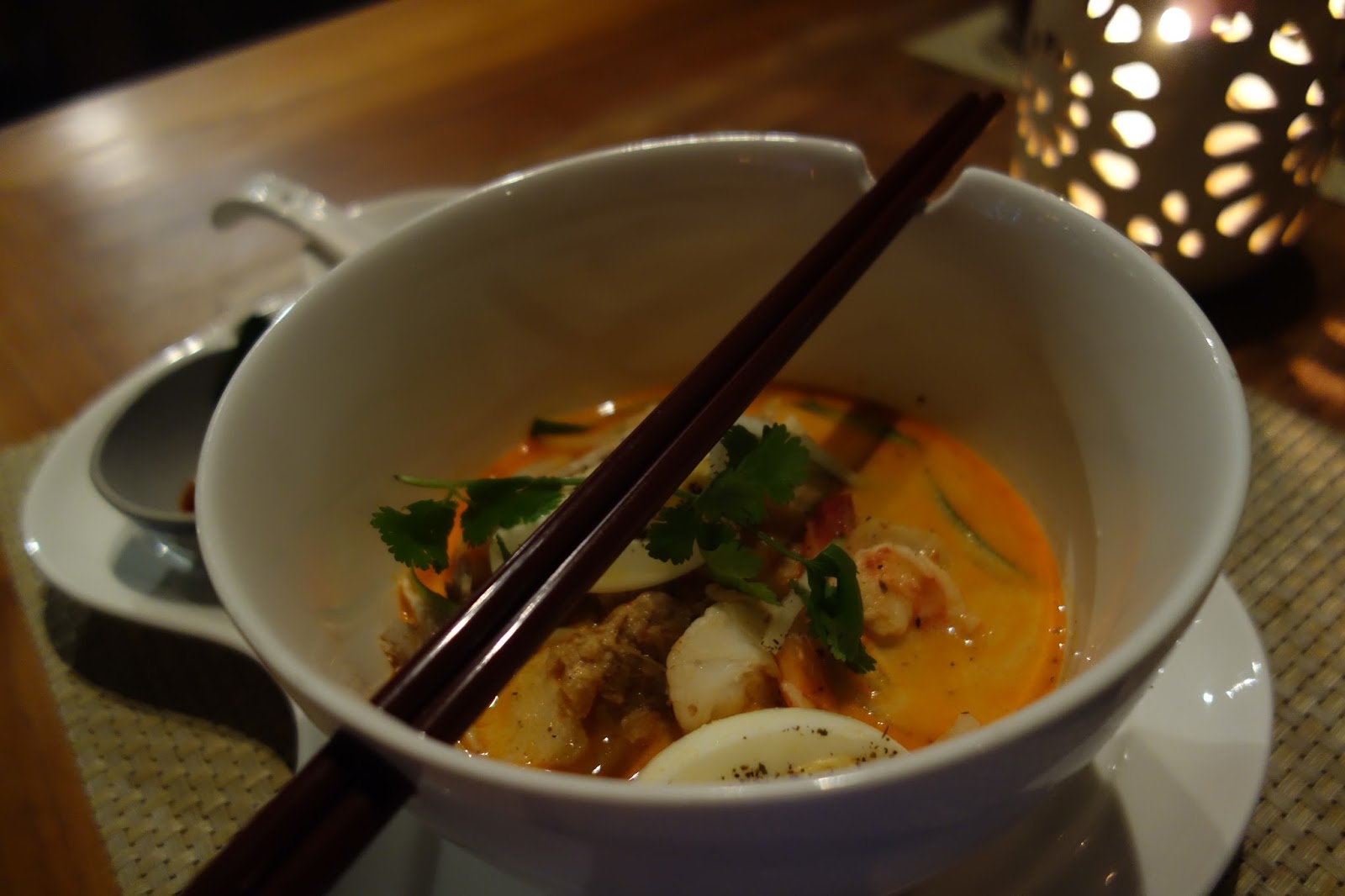 The food was actually good and wasn't as pricey.
We left with smiles and a happy tummy.

Back to the villa which we wanted to make full use of and spent the whole night drinking while having 'round table talks'.

Woke up the next day all feeling a slight hangover as we drank till the sun rise and it was pack then off to the airport. So tough saying goodbye to our wonderful villa and knowing that it's the end of our trip.

Finally got to the airport, which seriously is huge!
For an island airport. 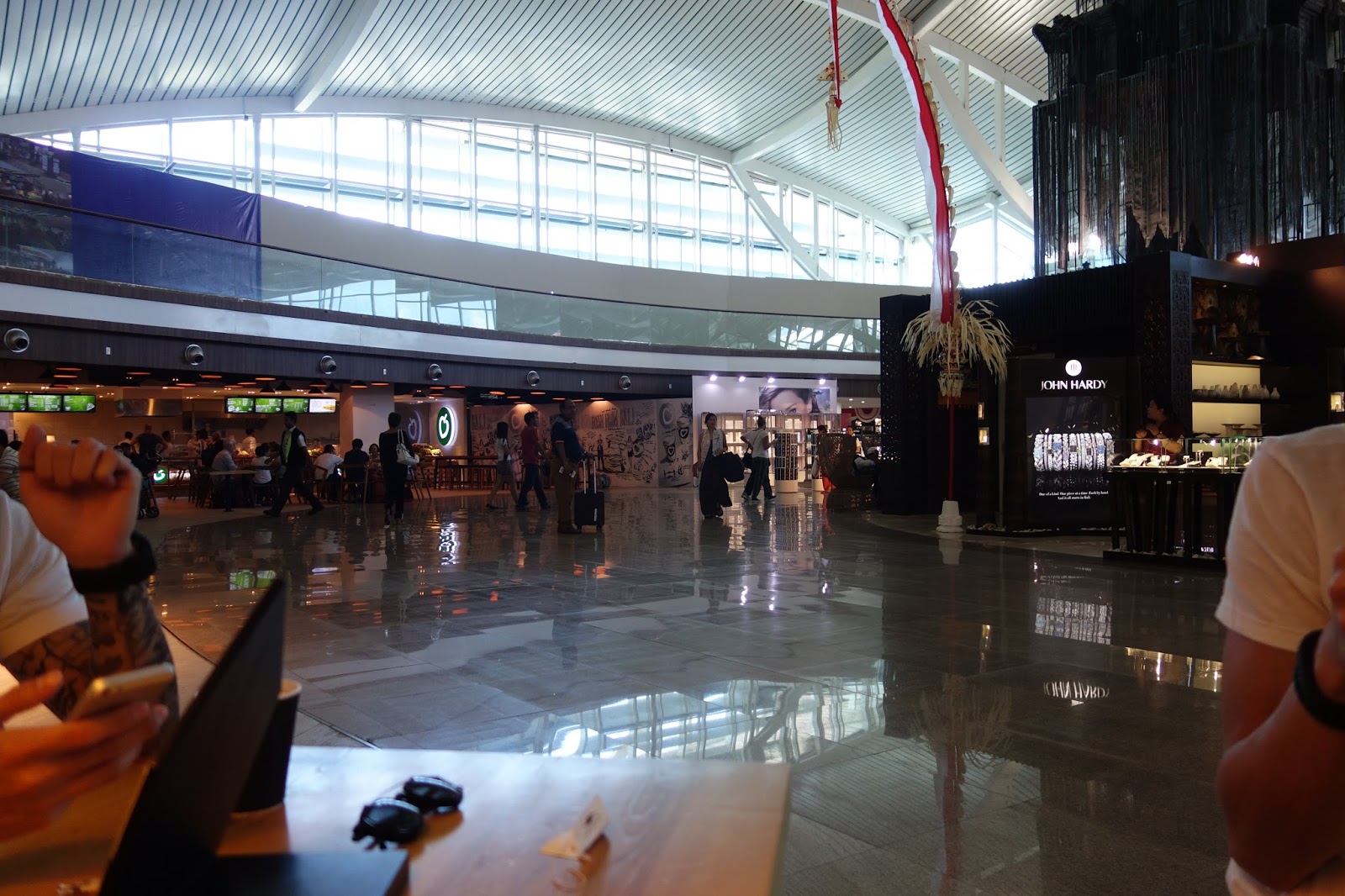 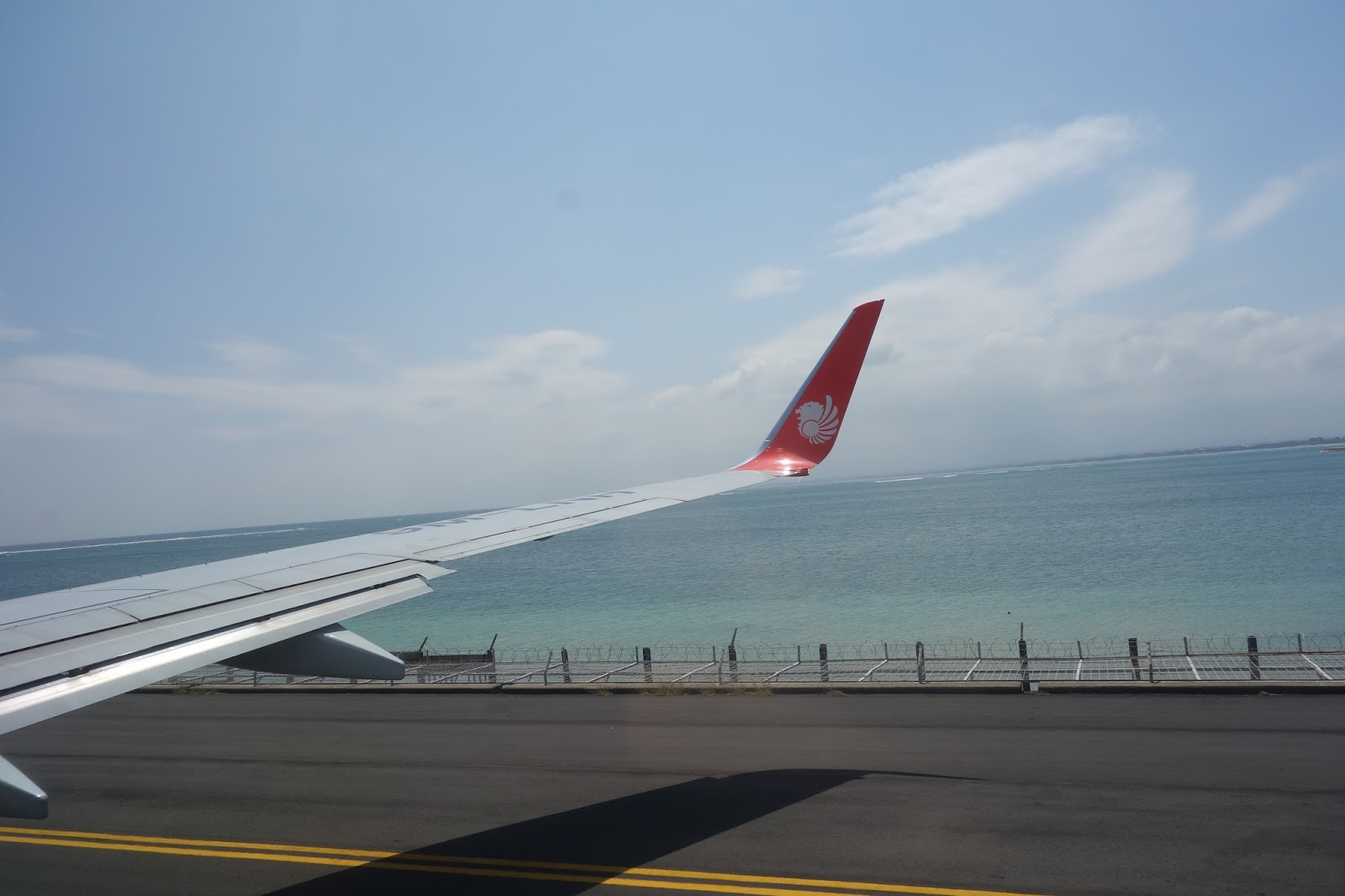 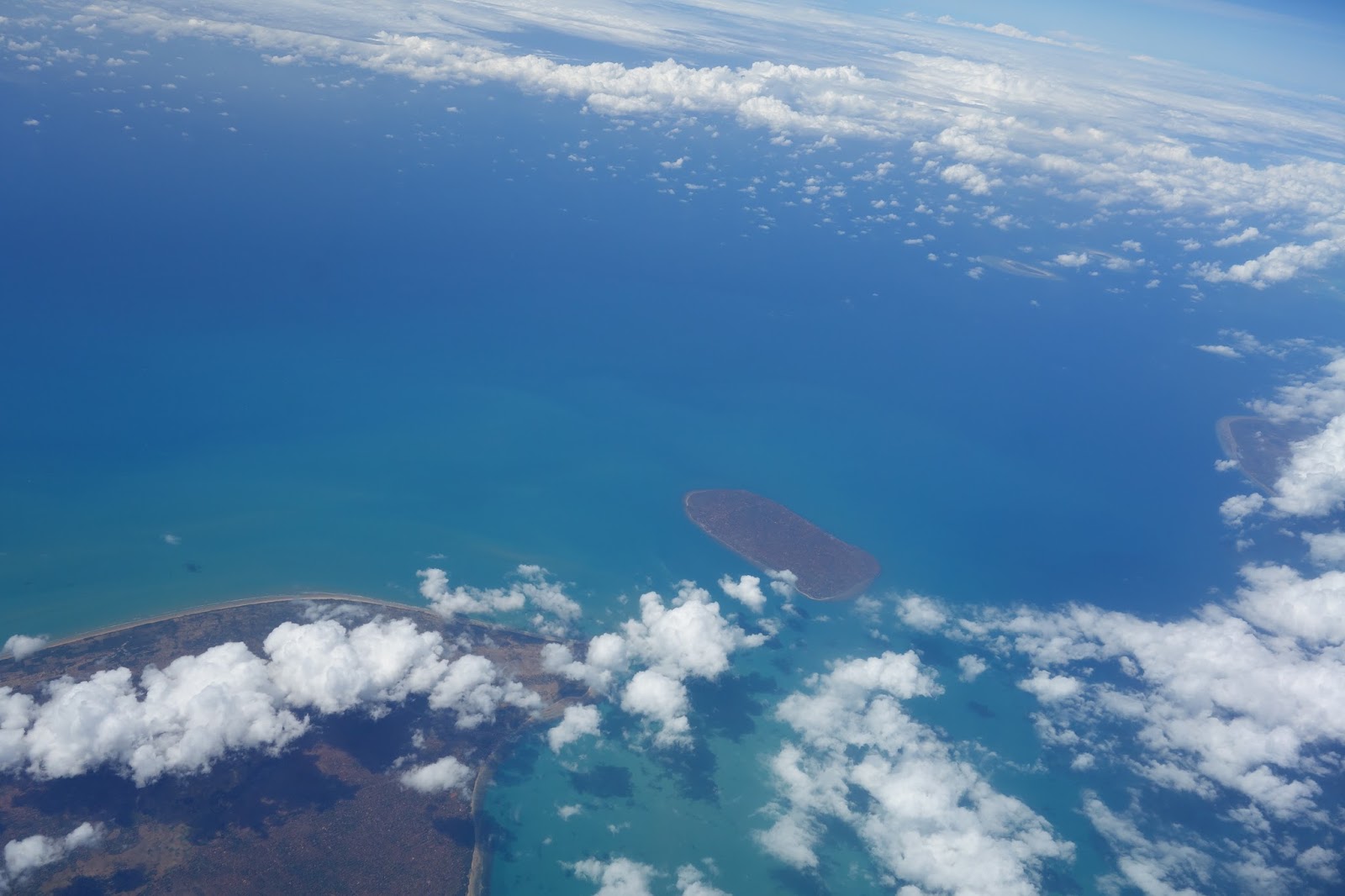 And then it's bye bye holiday hello reality!
:(

Book special promos and rates for hotels in Bali by clicking the link below :
Email Post