Most spontaneous trip I took ever. Or maybe the most riskiest, spontaneous thing I did ever.
And it's not even near home, lol.

Book my tickets a night before and flew there the night after, only people who knew I was going was my sister, the boyfriend and mom. Oh and of course, my dad. NO ONE ELSE KNEW. I think it was that part that made it perfect and less complicated, no expectations, no planning, just pack and go.

Because it was a last minute thing, I took a budget airliner over to Melbourne. Which mean I could either add on for luggage, or be super kiam siap and do it with hand carry luggage only. I went with the latter as I was already stinging on airfare right? I thought to myself, it's just a week, I don't need to pack much and there wasn't a need to carry liquid facial stuff cause I have some there. Guess how all of that went? Haha.

I will post about my trip soonish but here's what went down on Stereosonic Melbourne Day One. 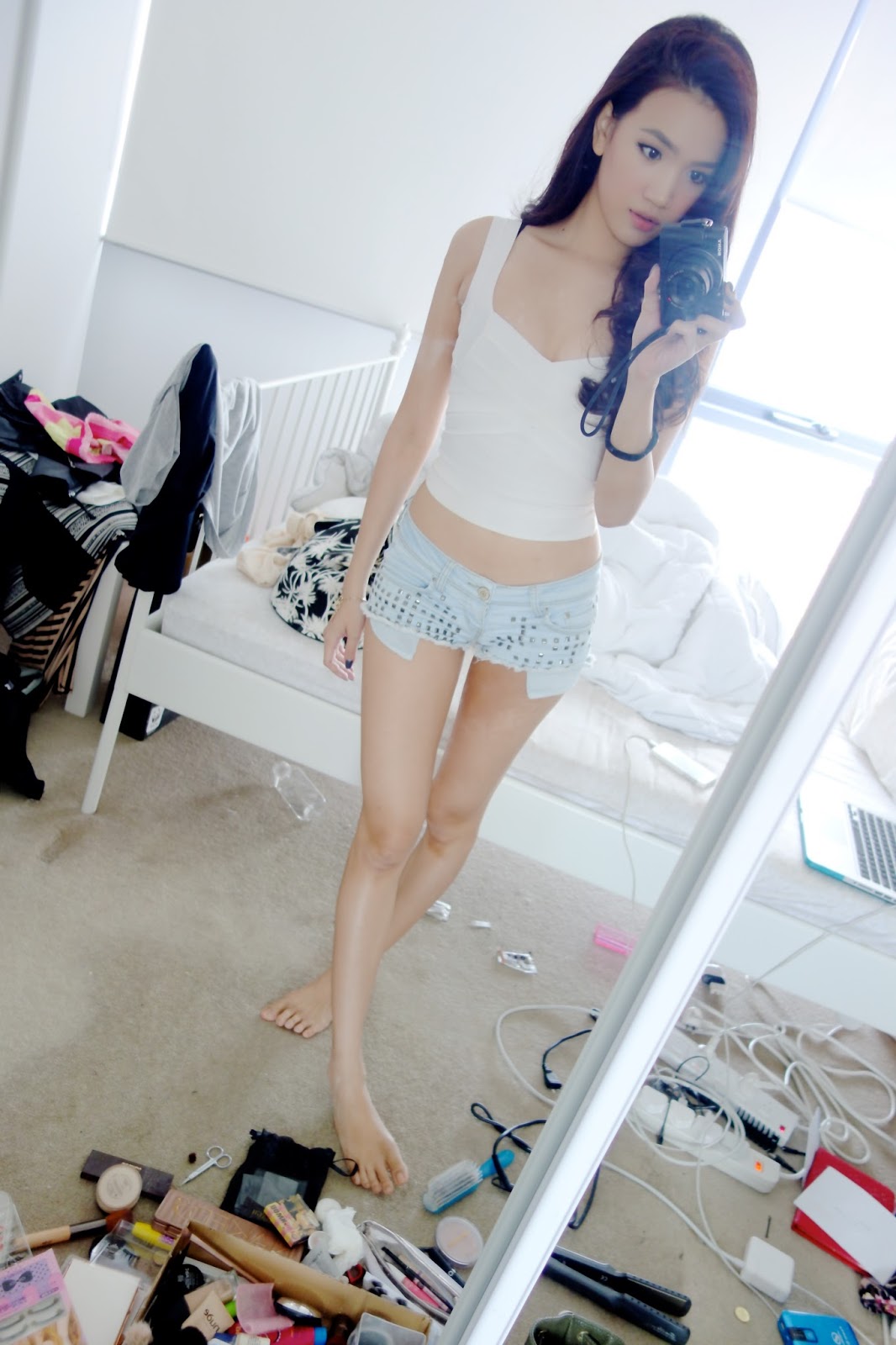 I got flew to Melbourne on Wednesday night and got in on Thursday morning. The cool weather greeted me with some lovely rays of sunshine. Then I thought to myself, wasn't it supposed to be summer?! Damn.

The last time I was there for Stereo, it was cooling but still sunny and well, quite summery.
I definitely wasn't ready for a cold week! I enjoyed a couple of days brunching, shopping, catching up and all sorts. Oh yeah, Day One Stereo. Firstly, my top had problems with the zipper, it was STUCK. But because it didn't look weird or anything I thought 'Oh wells, it's not like I have anything else to wear', I just went with it. 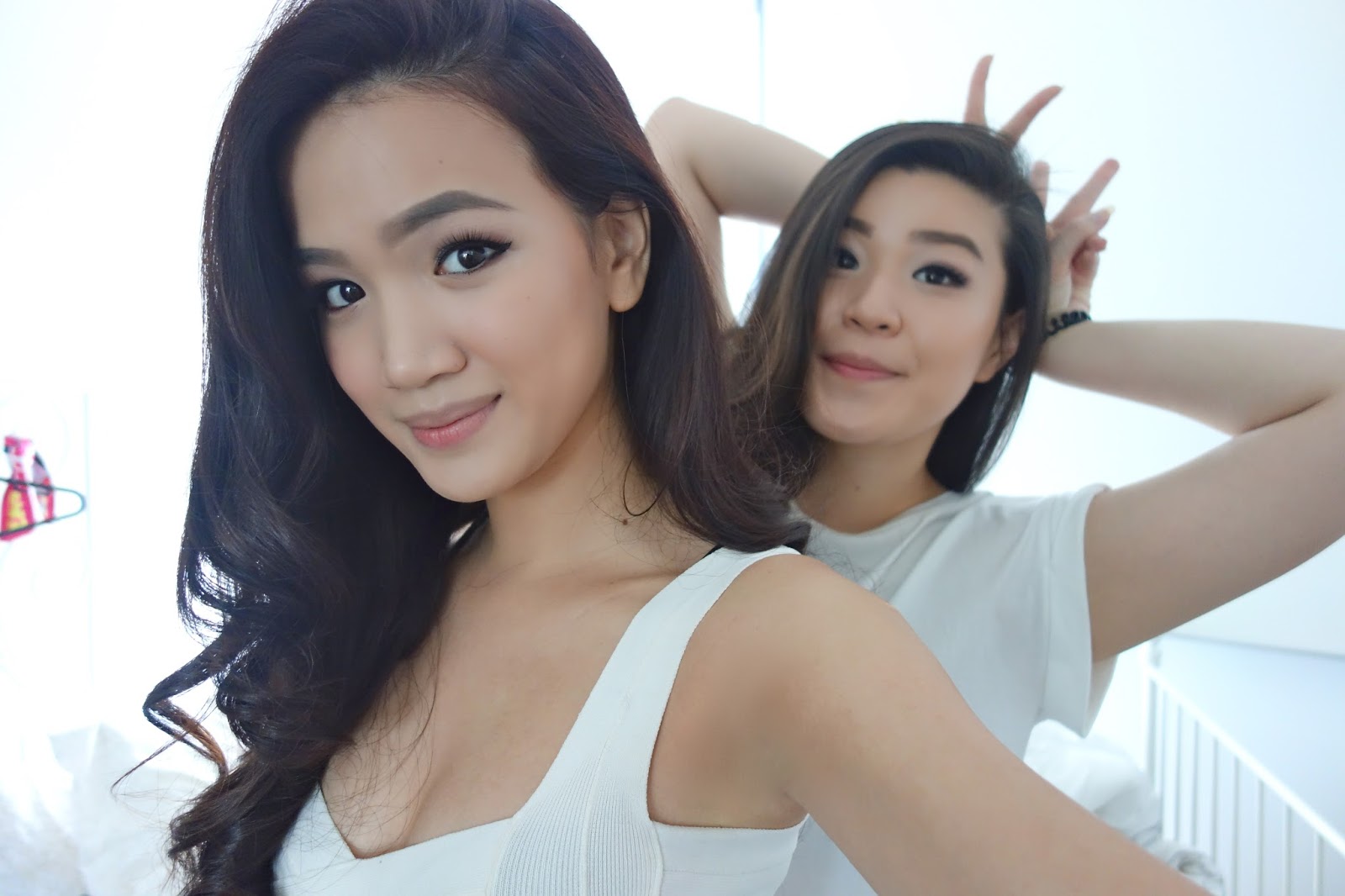 I was already under-packed the past couple of days, wearing the trench coat/sweater/blazer, anything else I left there, to just keep me warm, I was like 'Damnnnn, I am not ready to hop on a field with a crop top and short shorts'. I knew I was gonna regret it haha!

But as crazy as my plan was to hop on the next flight out to Melbourne, I decided that I would pull through day one just fine. Anyways, I did go to Melbourne just for Stereo rightt. 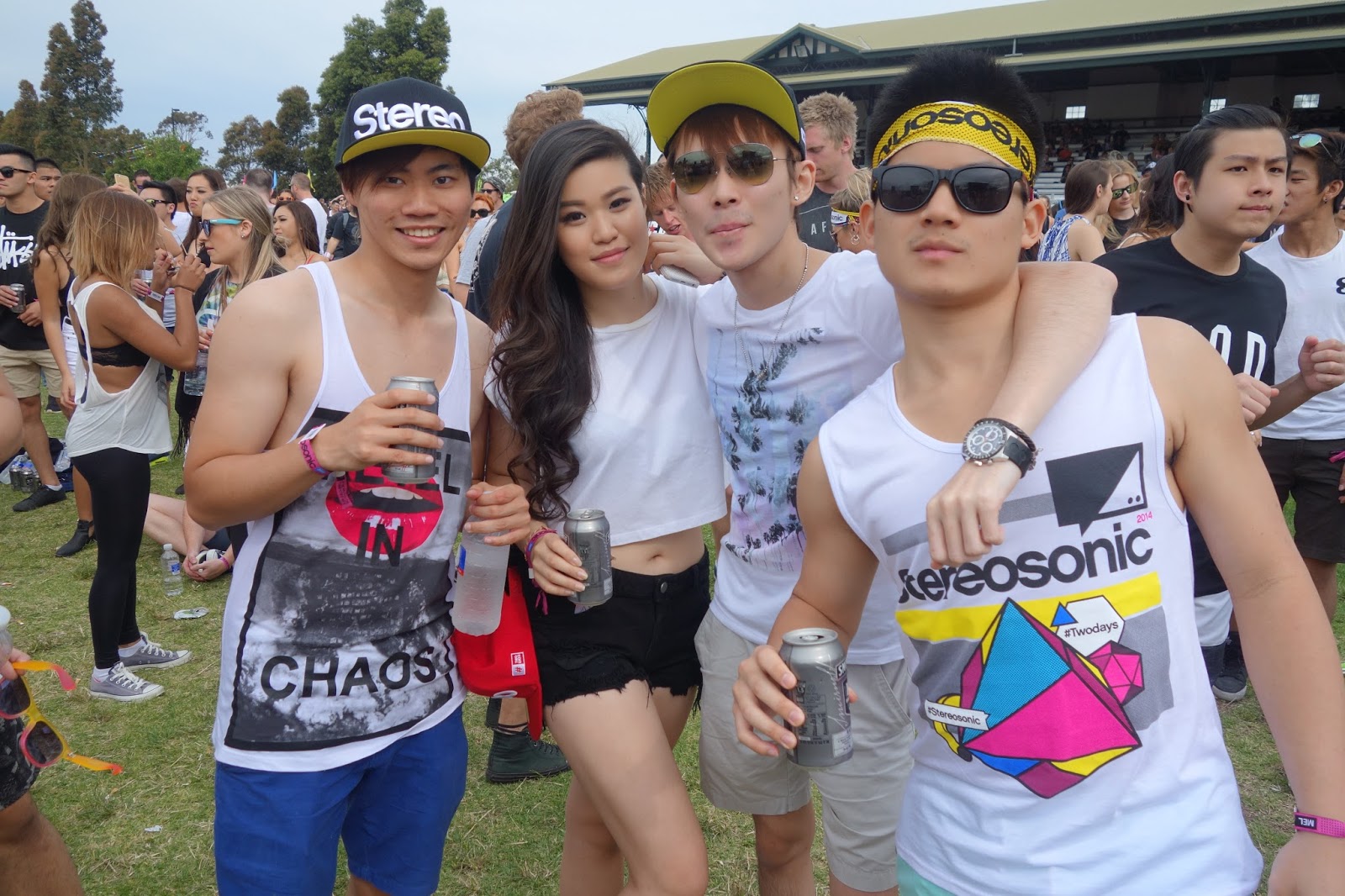 Stereo Day One was, sorta sunny, mostly chilled (yes, I'm talking about the weather).
And a lot of meeting up with friends.

There wasn't any particular DJ I was looking forward to except Alesso as the DJs I've not seen before played earlier during the day, which I've sadly missed. 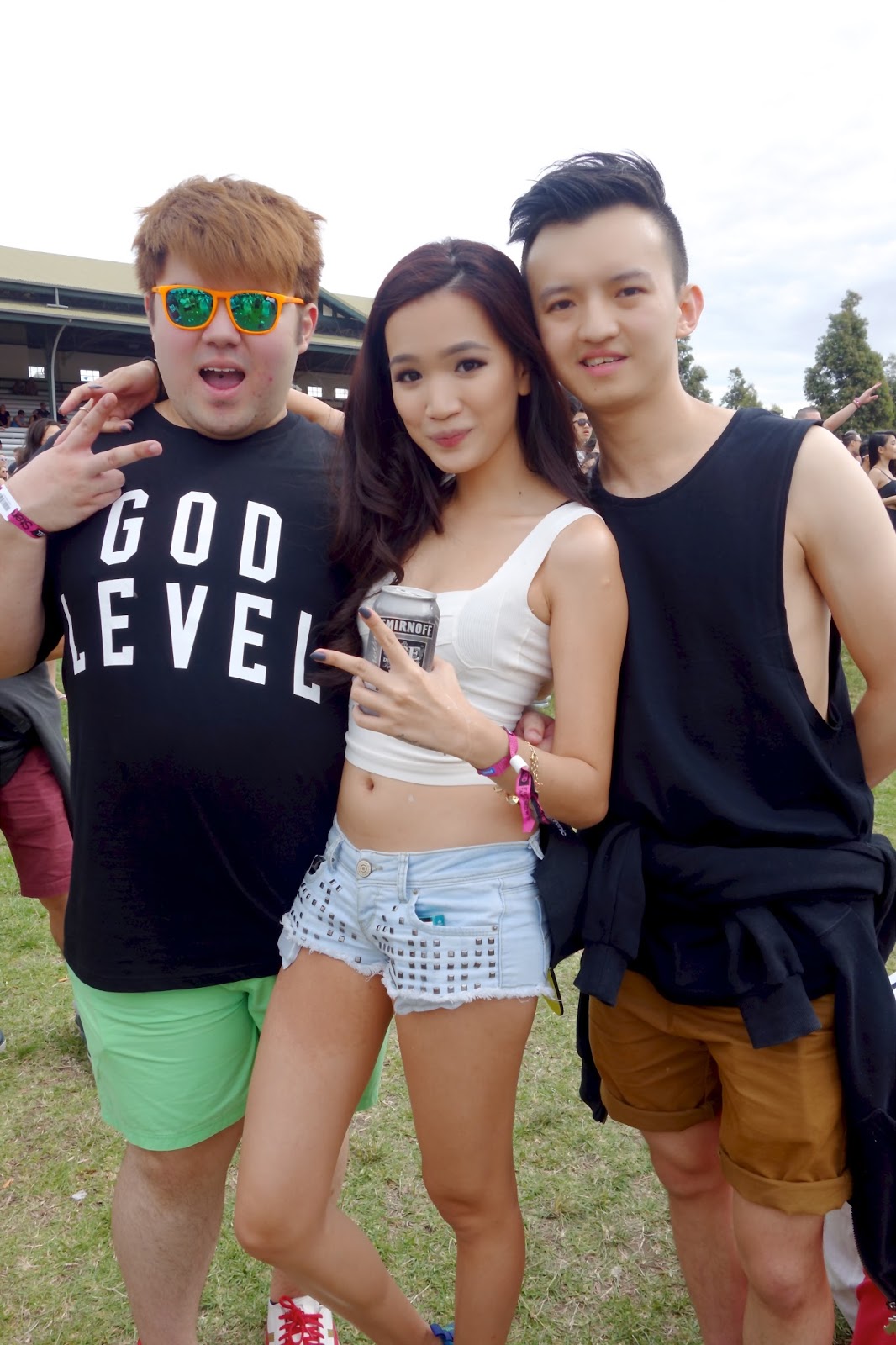 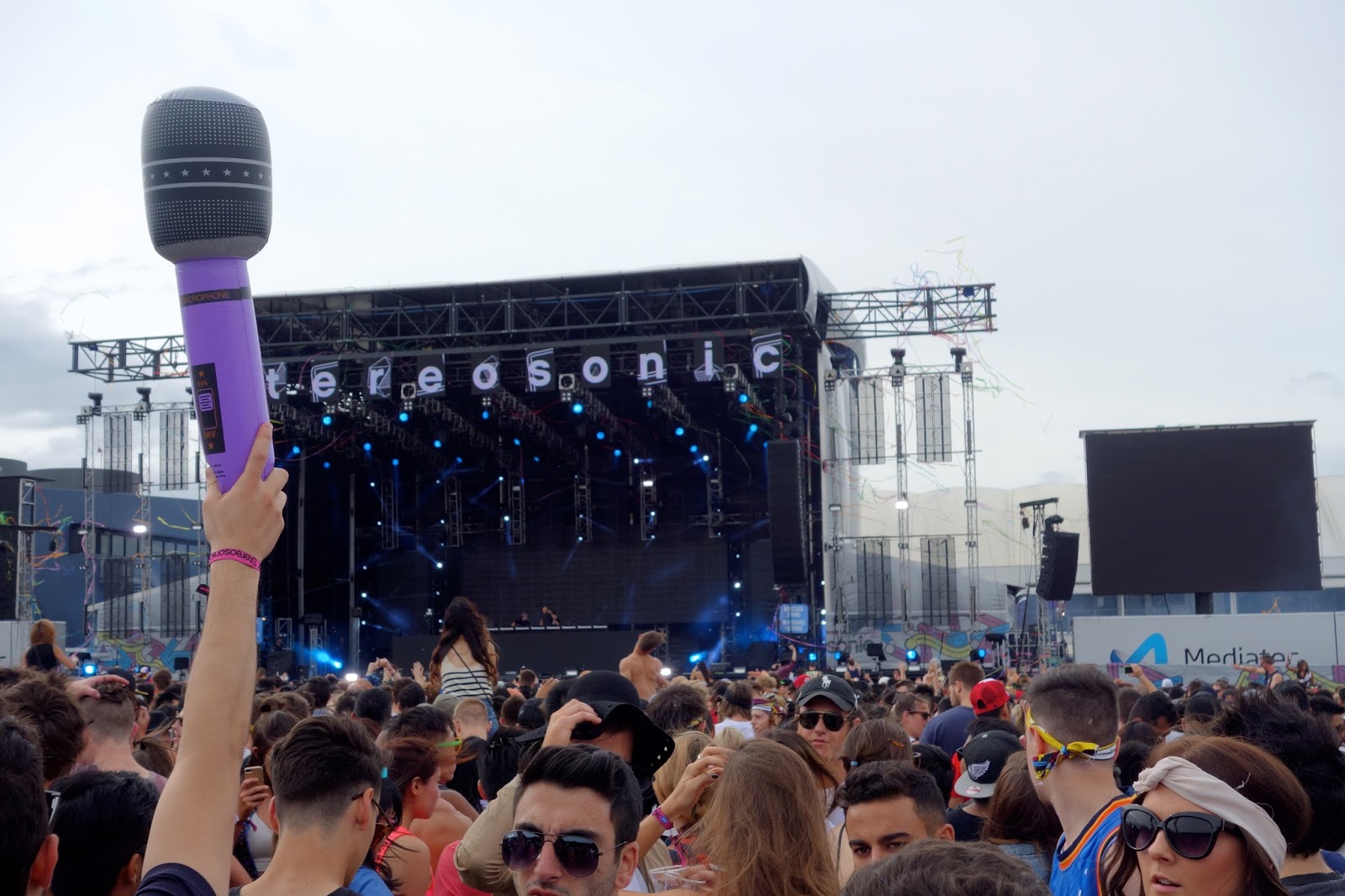 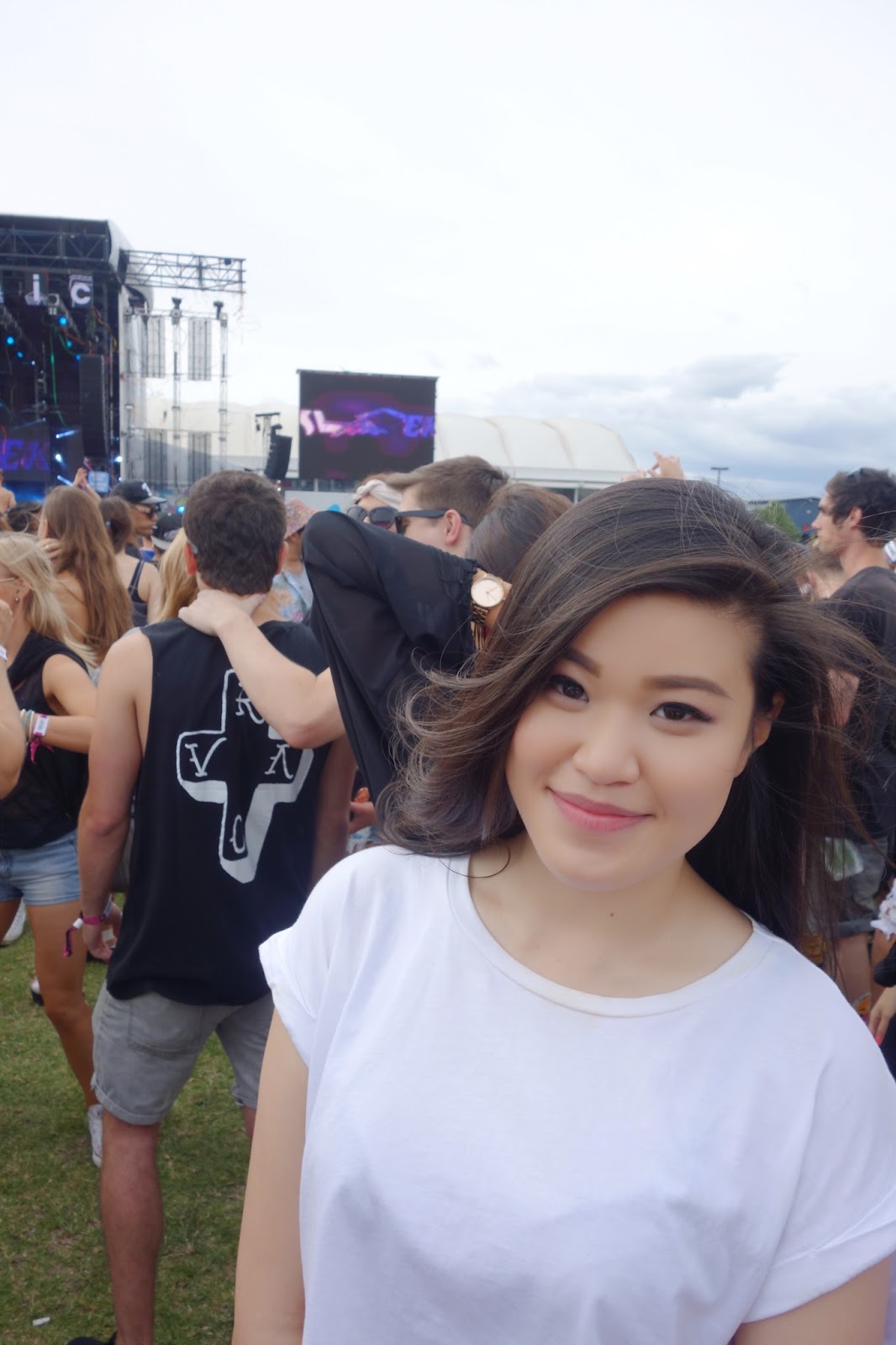 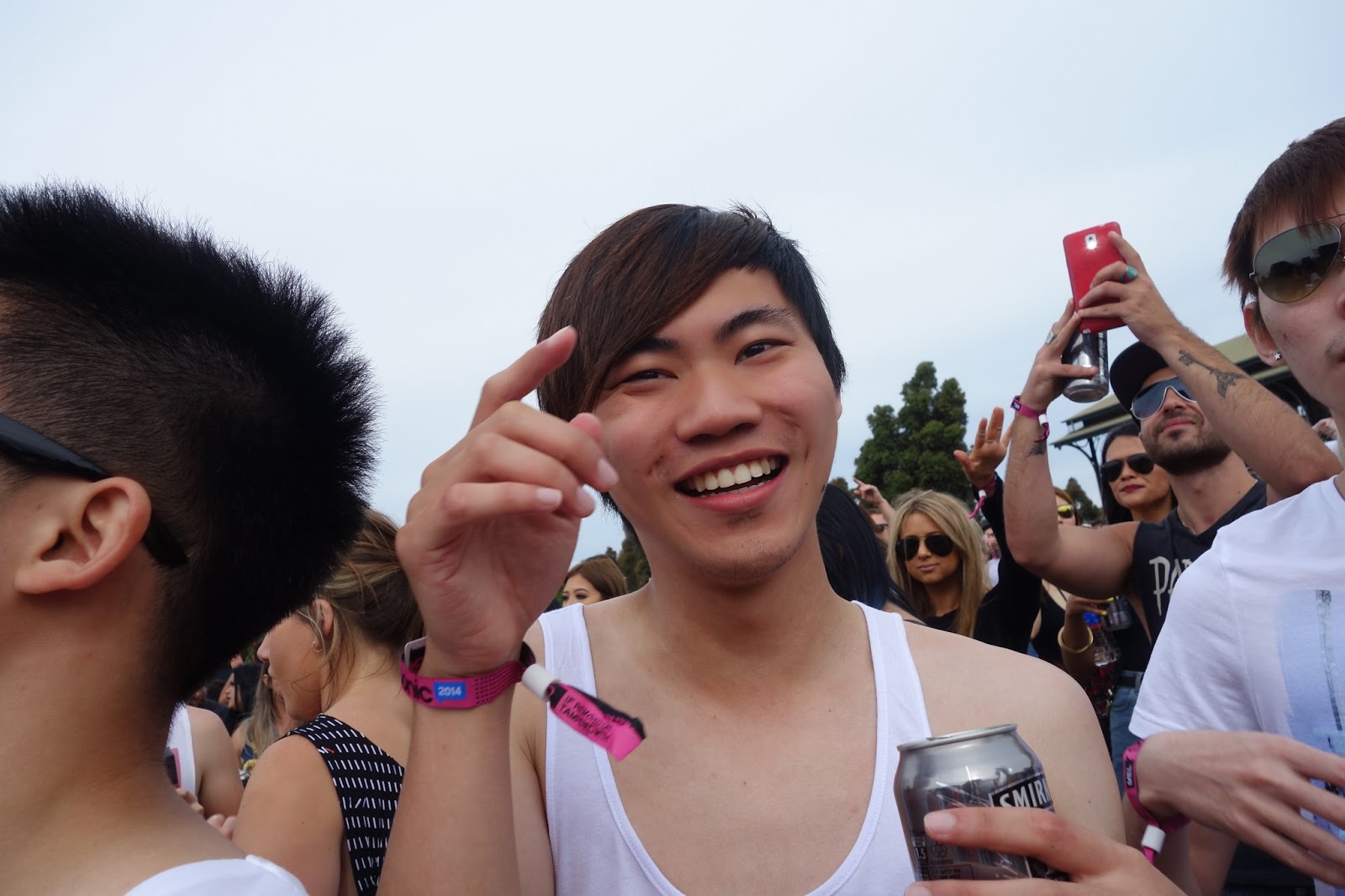 We pretty much found a 'spot' to hang, where other groups of friends would join and everyone had backpacks, mats and whatnots to lay on the floor. Basically our camping ground for the day. 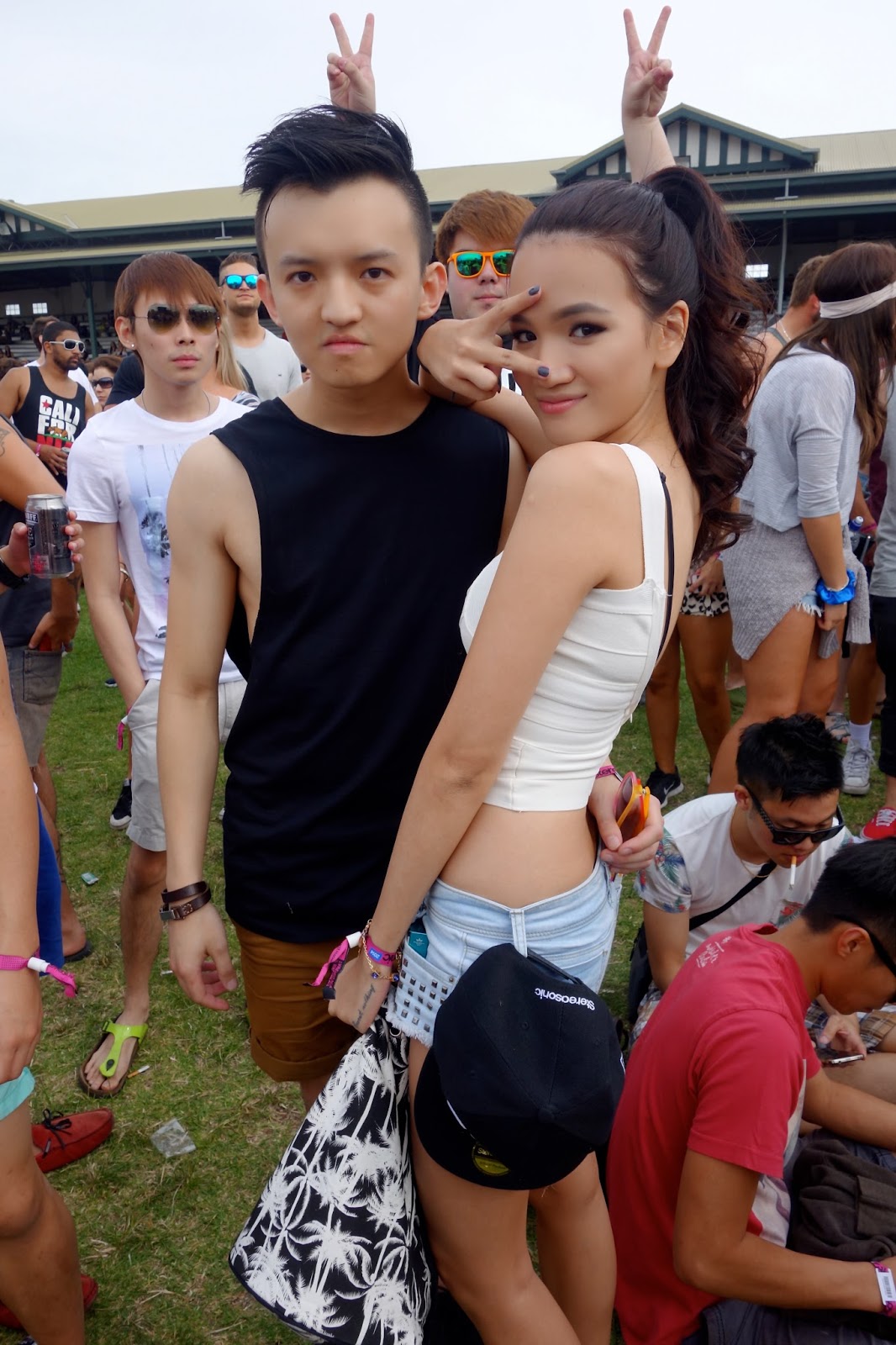 Then we headed to the Armada stage for trance DJs. 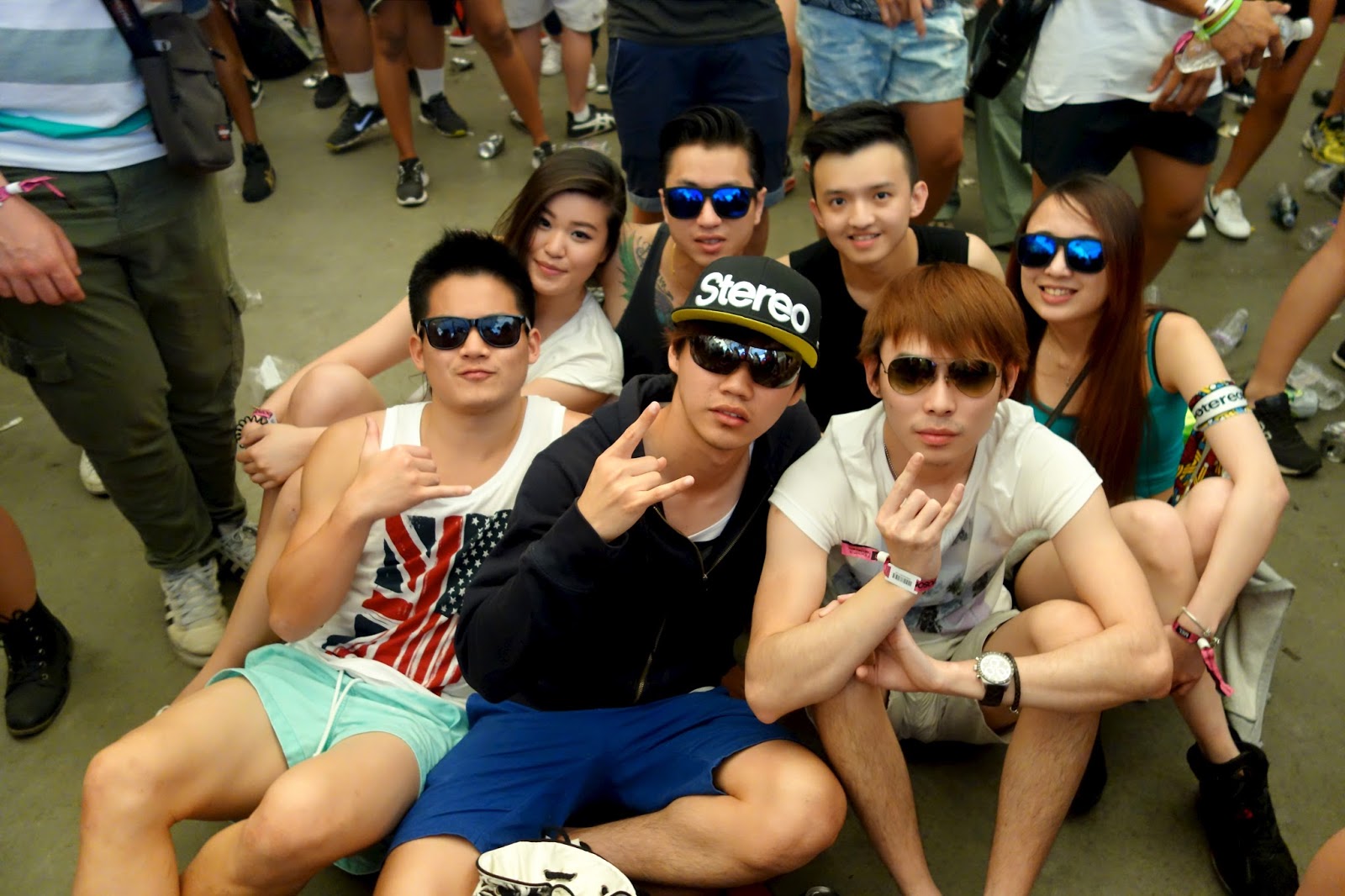 It was indoors so we got out of the cold for a bit. 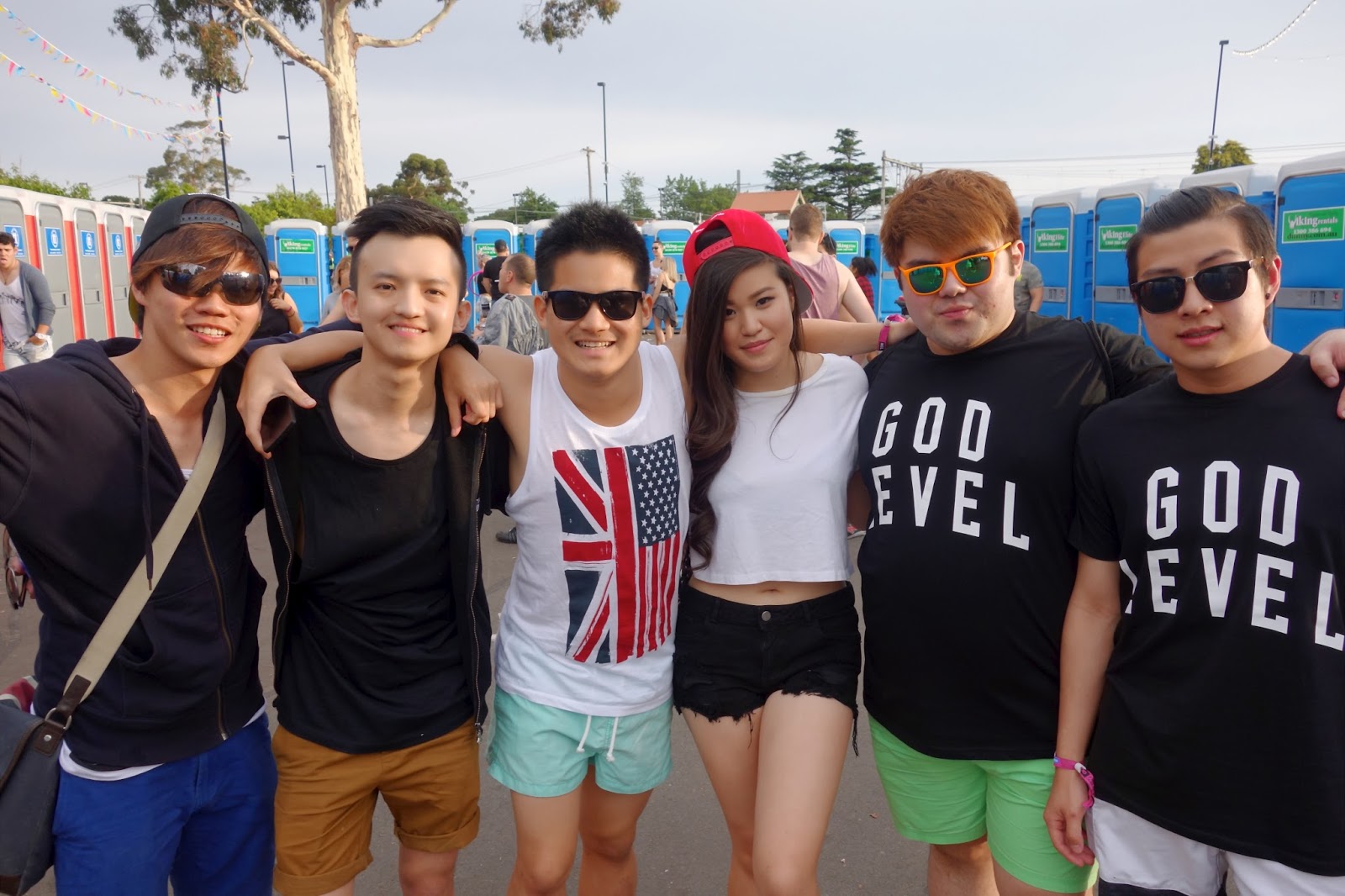 Then it was back to mainstage for Alesso! 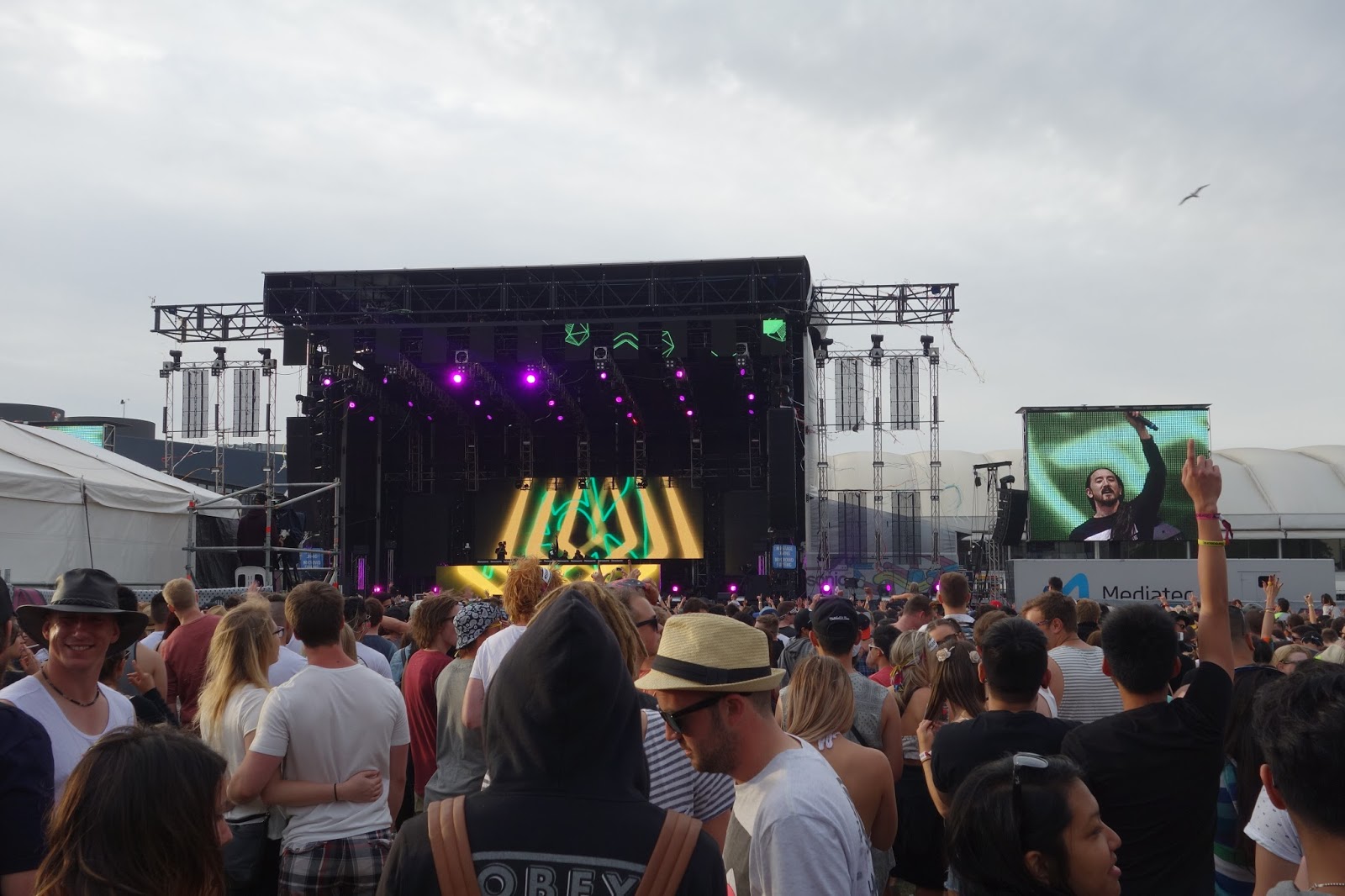 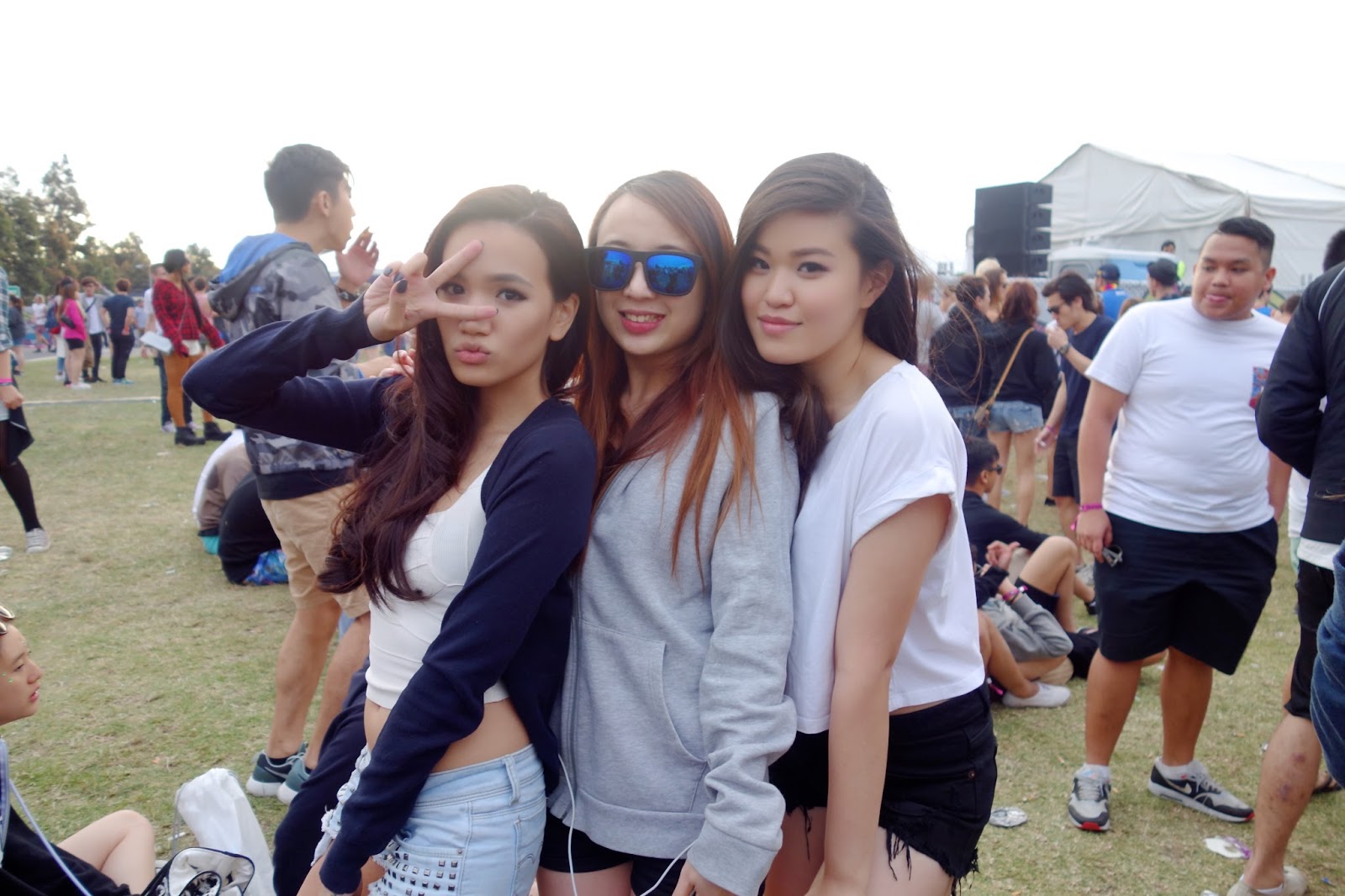 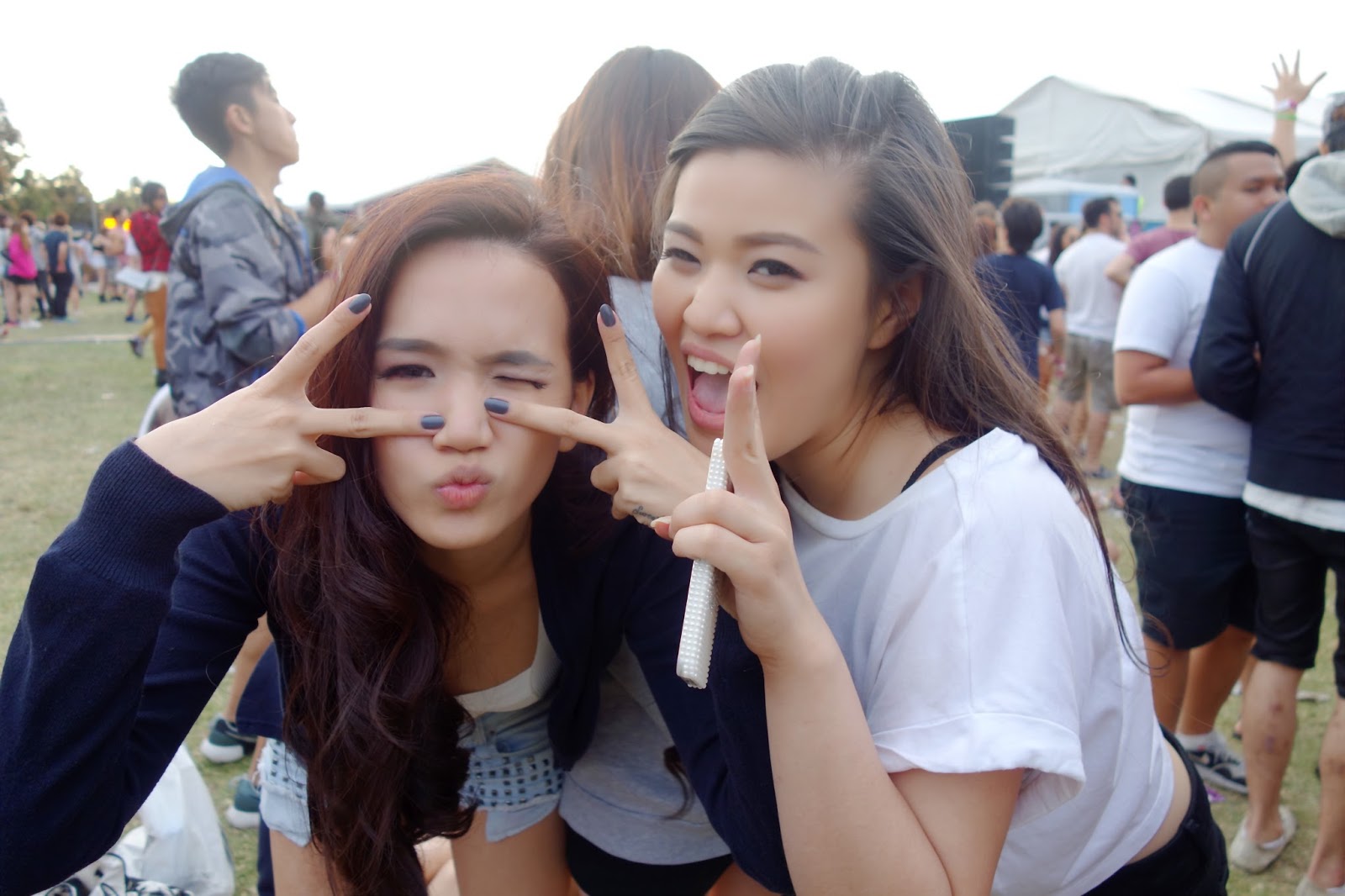 I obviously couldn't take the cold any much longer and thanked the stars for my forgetfulness that I left my cardigan in the bag which I quickly put on as I couldn't afford to fall sick on day two! 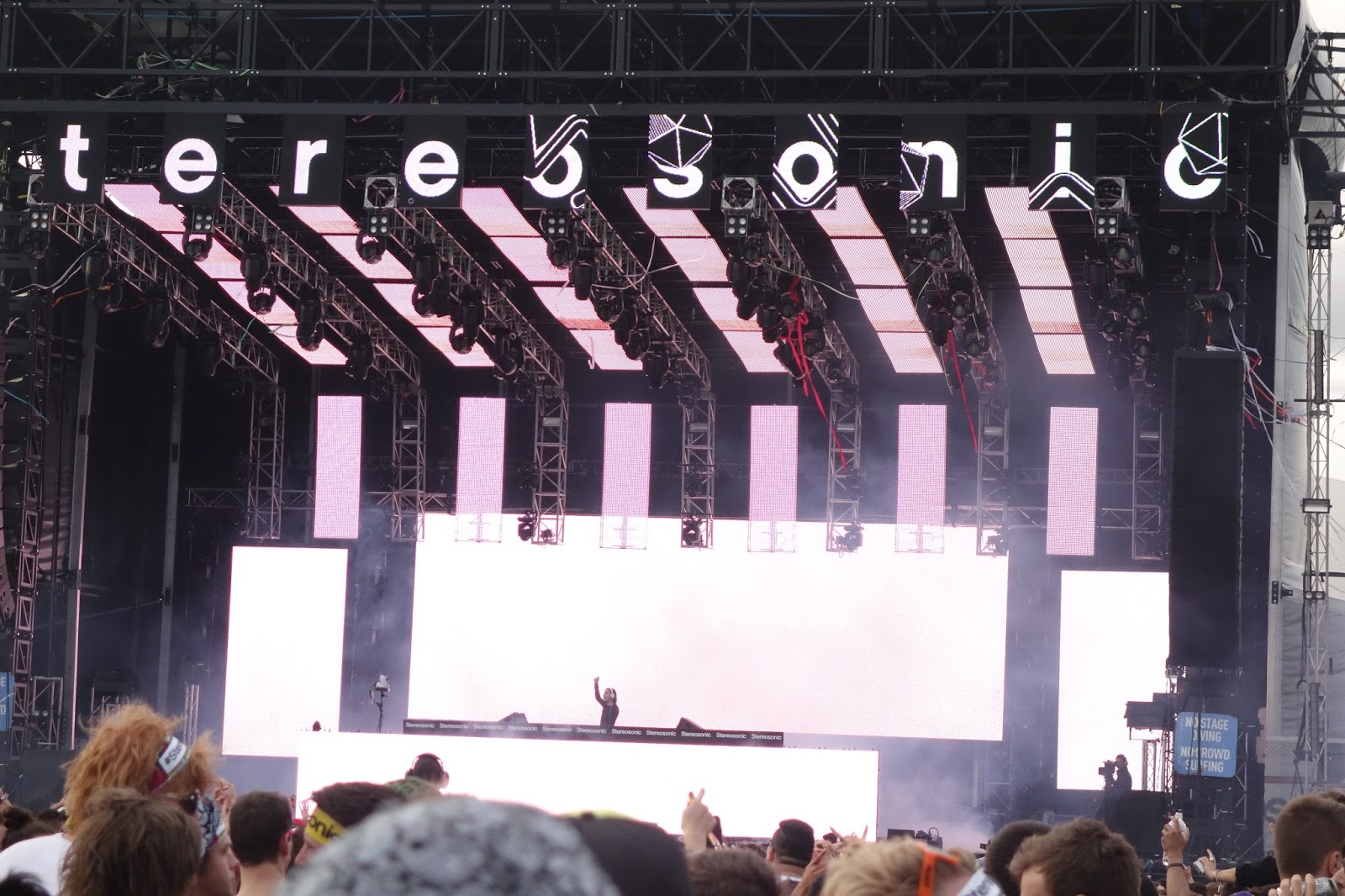 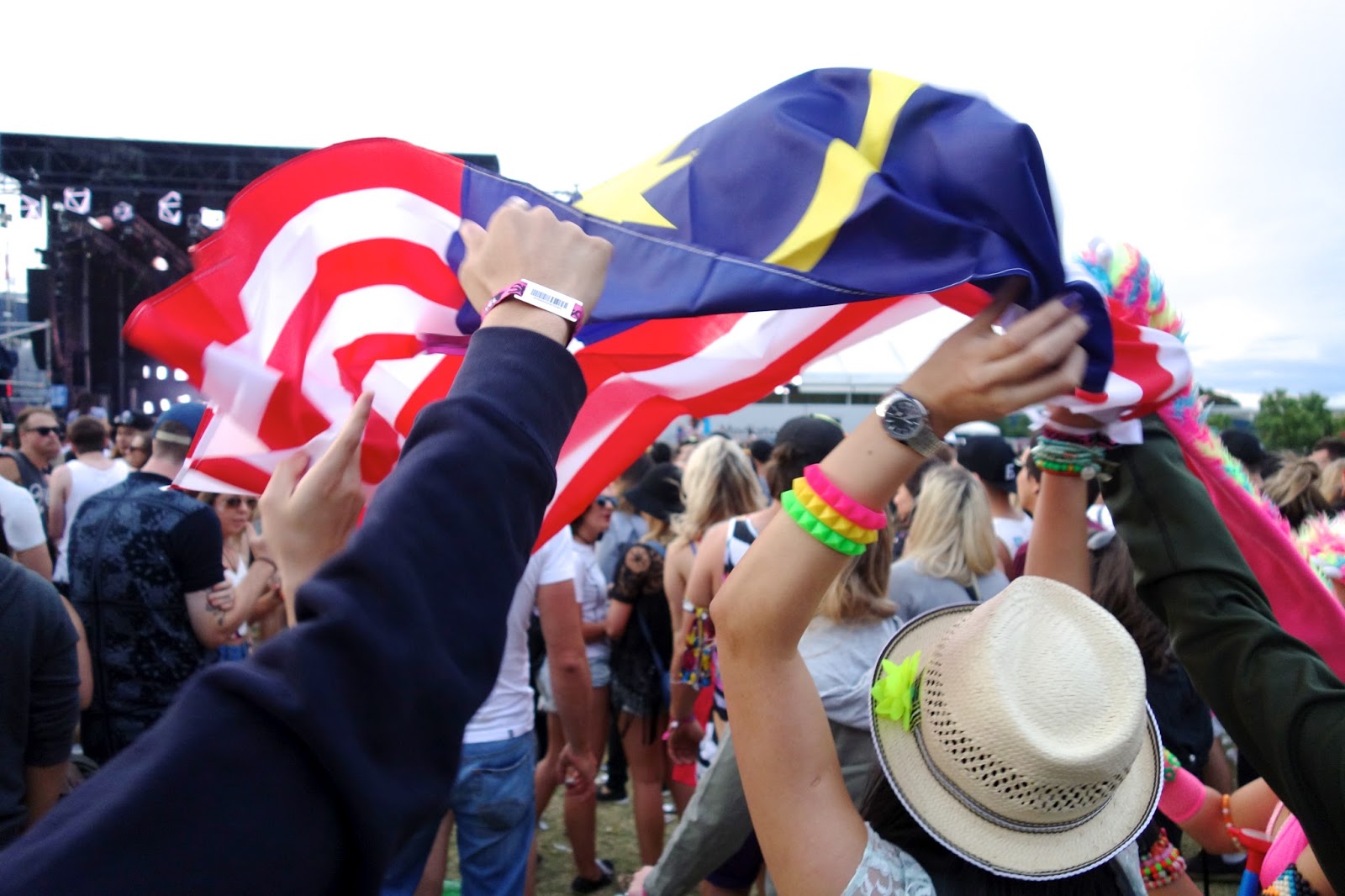 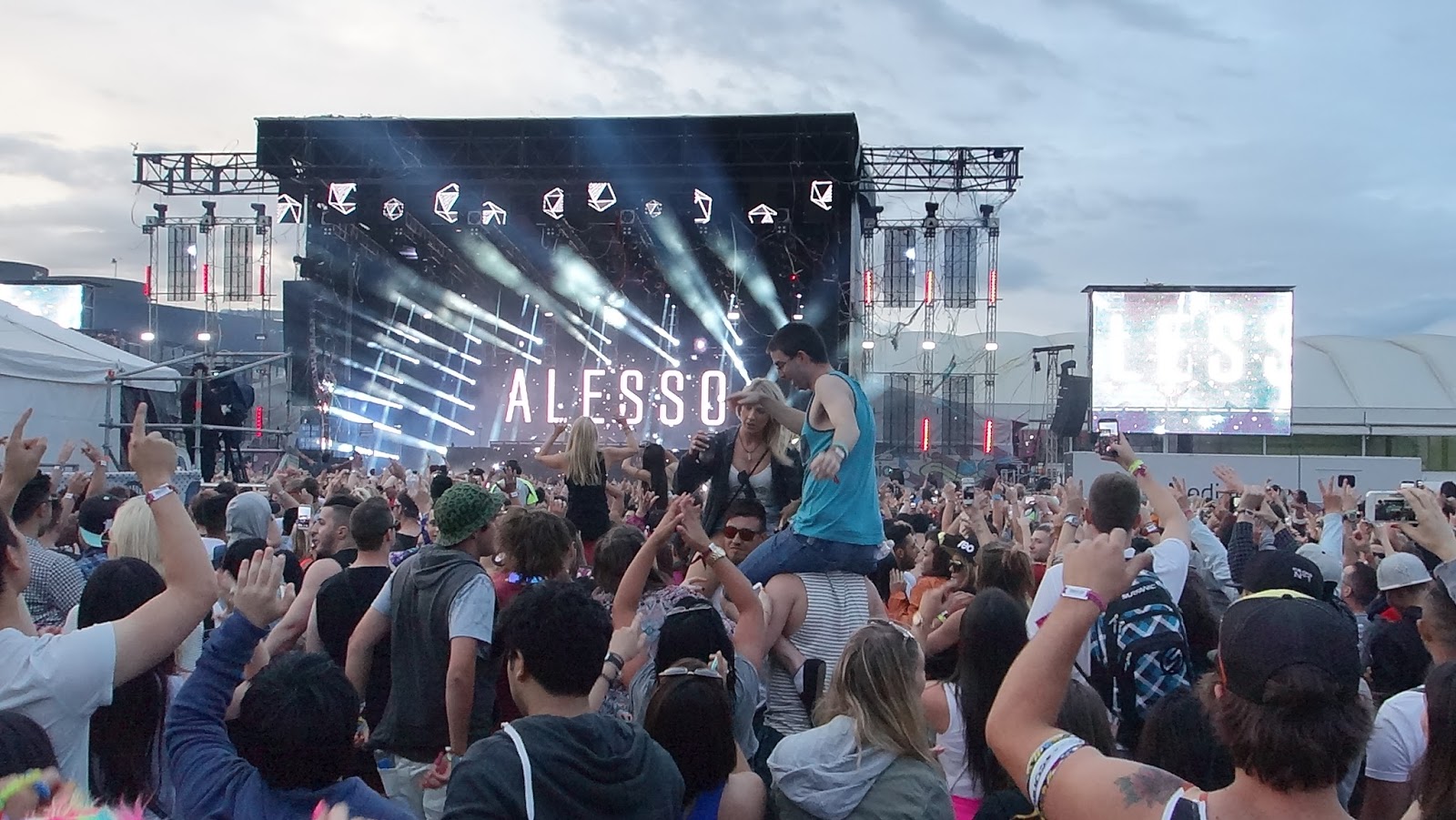 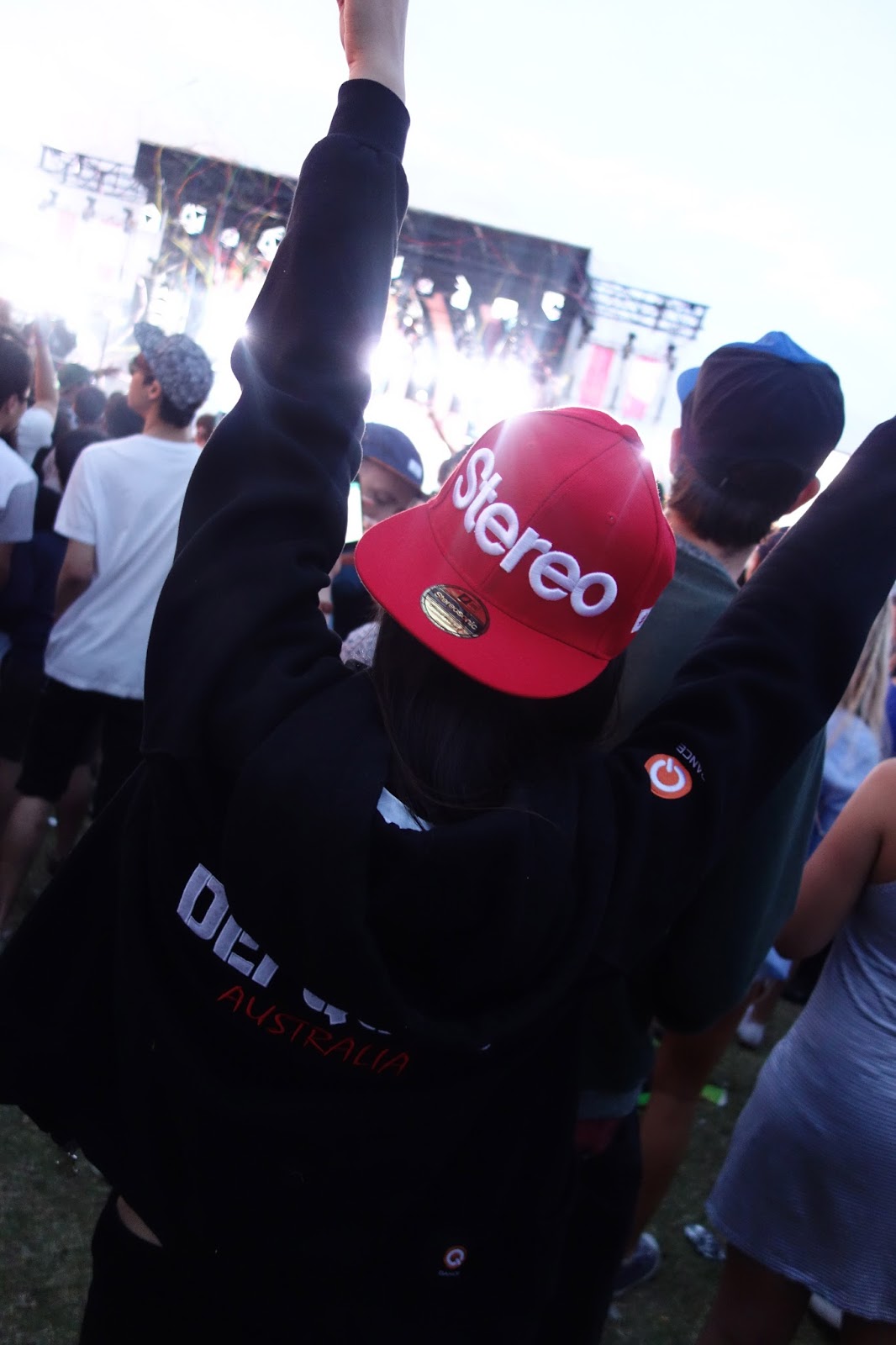 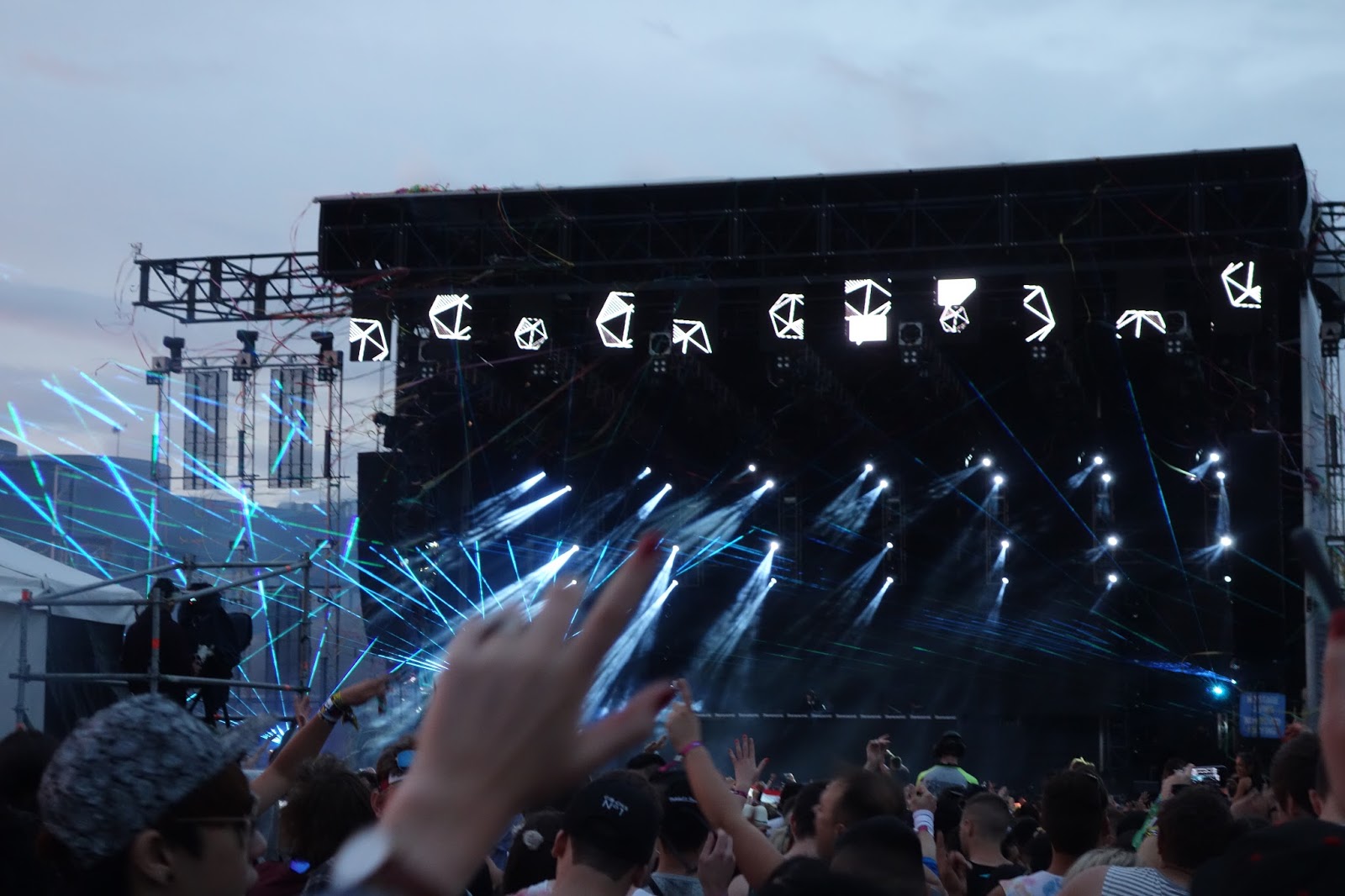 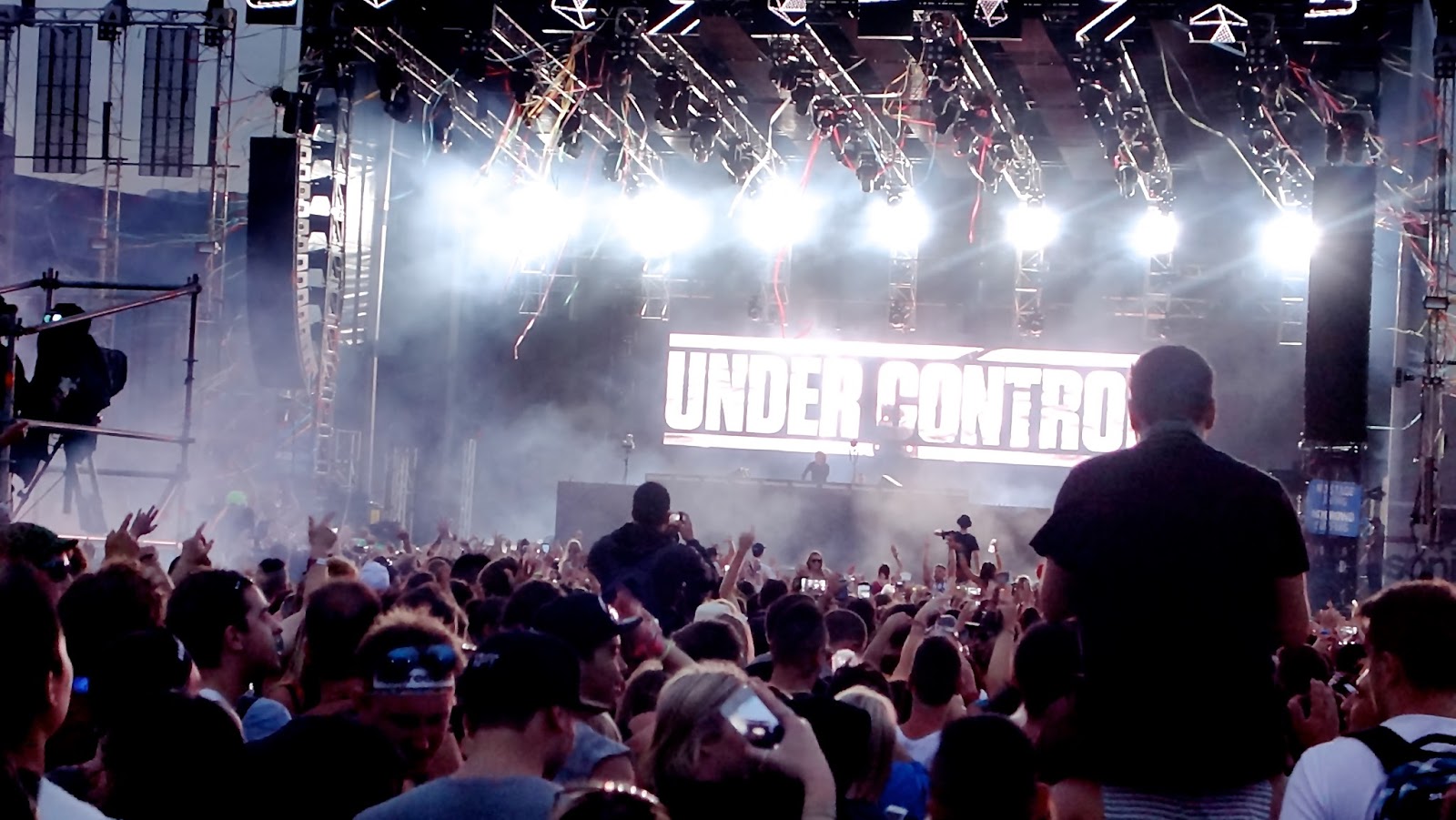 Alesso was great, which wasn't a surprise as he is good live!
So happy to finally watch his full set as the last time I only got to catch 15 minutes, sucha bummer. Only wished the boyfriend couldn't been there too, he's my partner in crime for all things rave-y.

We ended the evening with Headhunterz for some hardstyle. 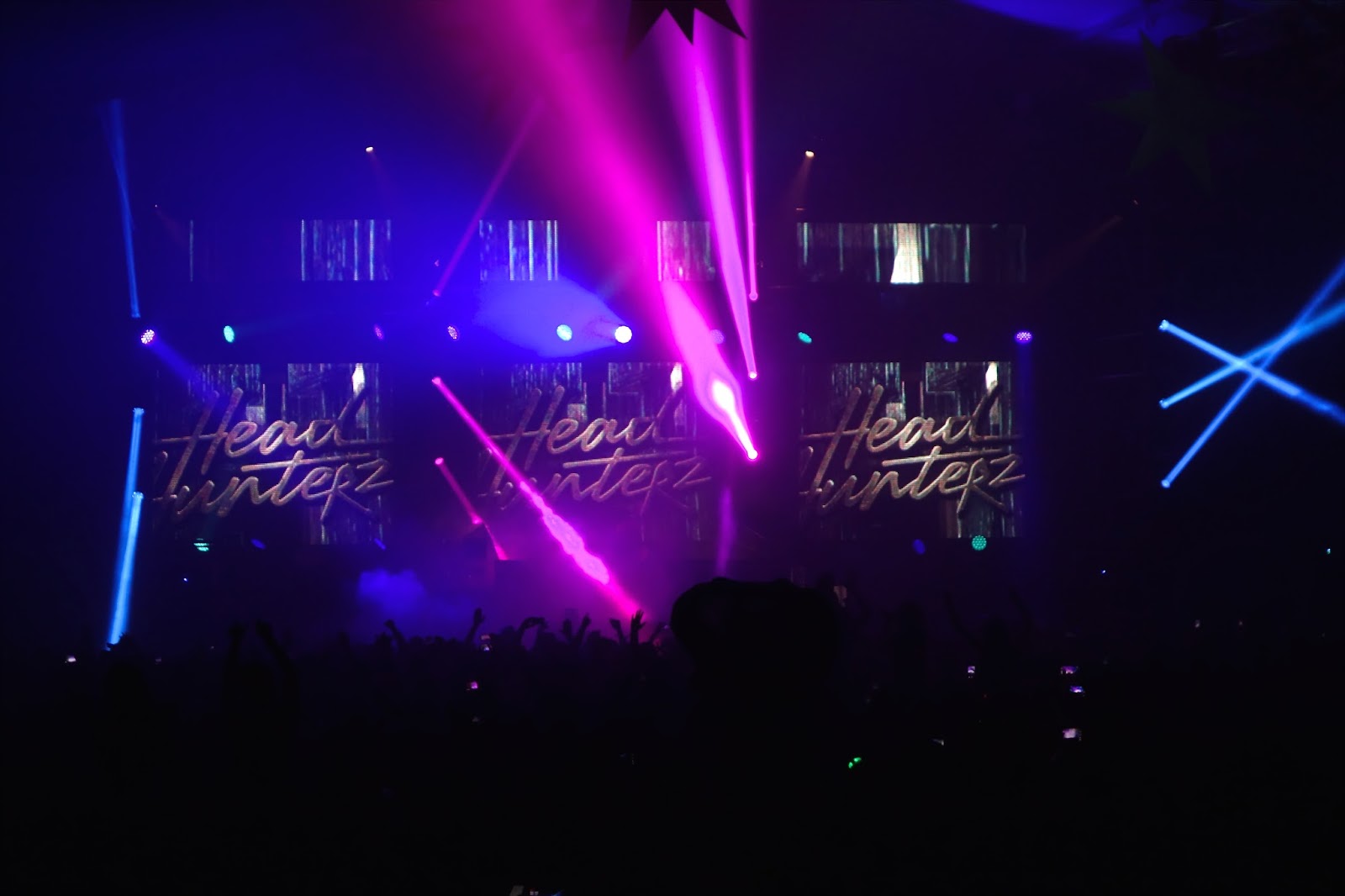 Then it was goodnight Stereosonic Day One.

Then it was Bamboo at Fashion Lounge for an afterparty.
God, our legs were breaking but the party didn't stop till day two of Stereosonic rightttt. 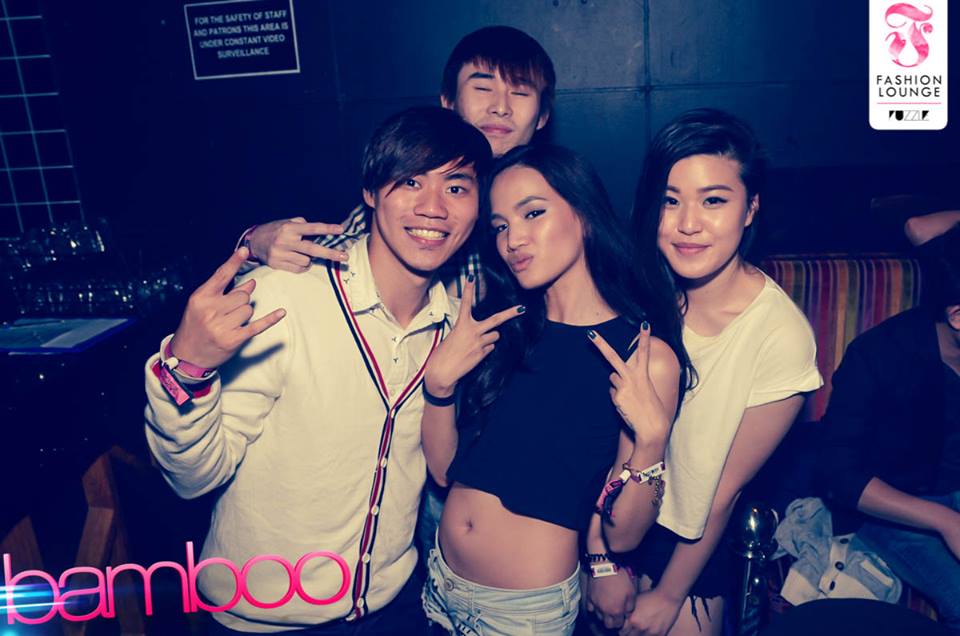 More drinking, a lot of sitting (legs were so tired), some jumping then it was finally goodnight till we woke up the next day and repeated haha.

Will continue on that soon, but till then x!