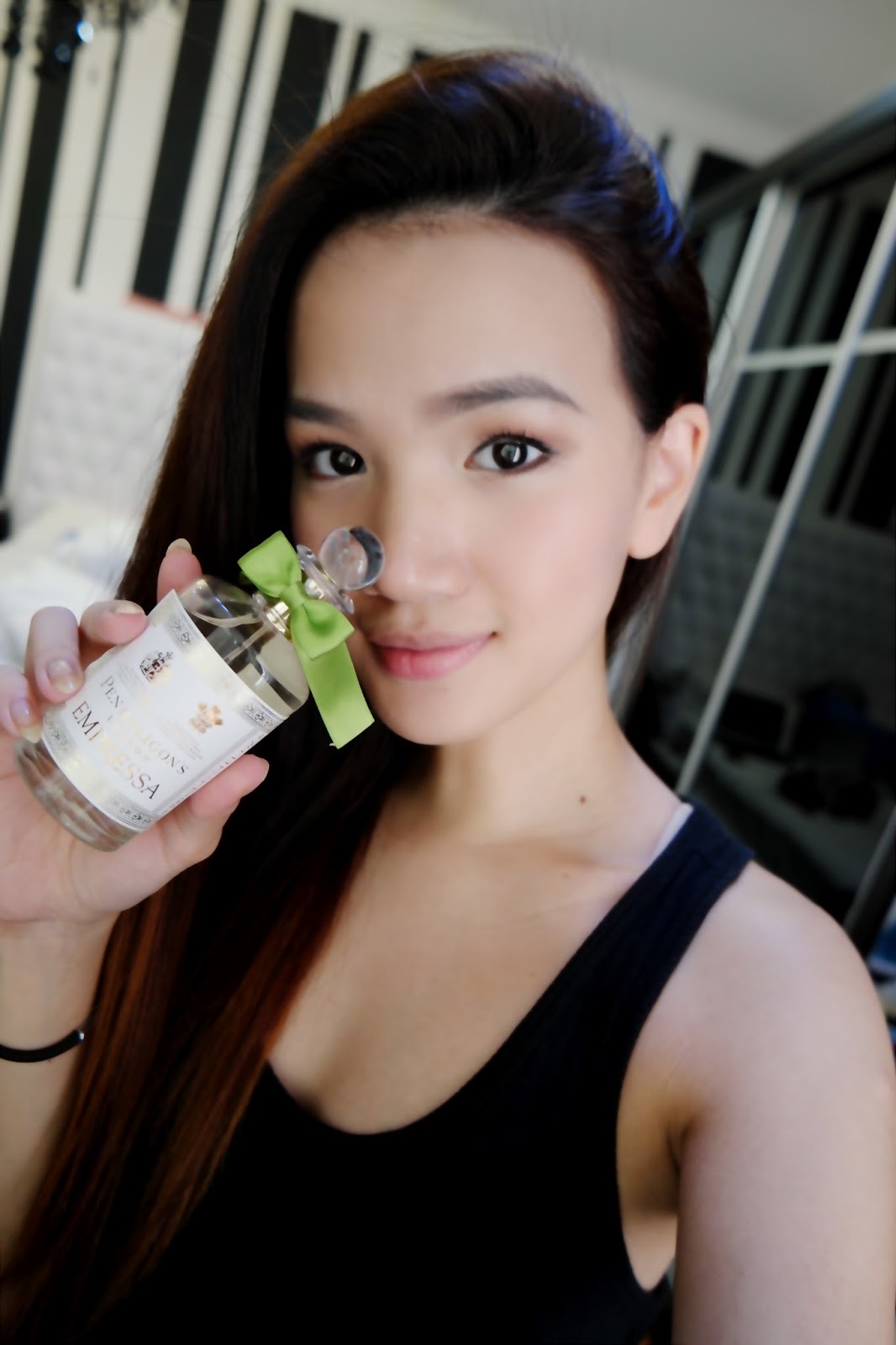 I love how scents can bring us back to a memory or place. It evokes personal thoughts of things and places; we also reminiscence or create new memories through scents. That's why when it comes to picking a fragrance or perfume, I could stick to the same brand or range for years! It must be unique, it must be a signature scent, it must be me. To have heads turn in wonder when you walk pass, or when a colleague or friend asks you about this unique wonderful scent, that's when I feel a glee inside of me. Well, I think I've found my new unique fragrance that I would be sticking with for a while. 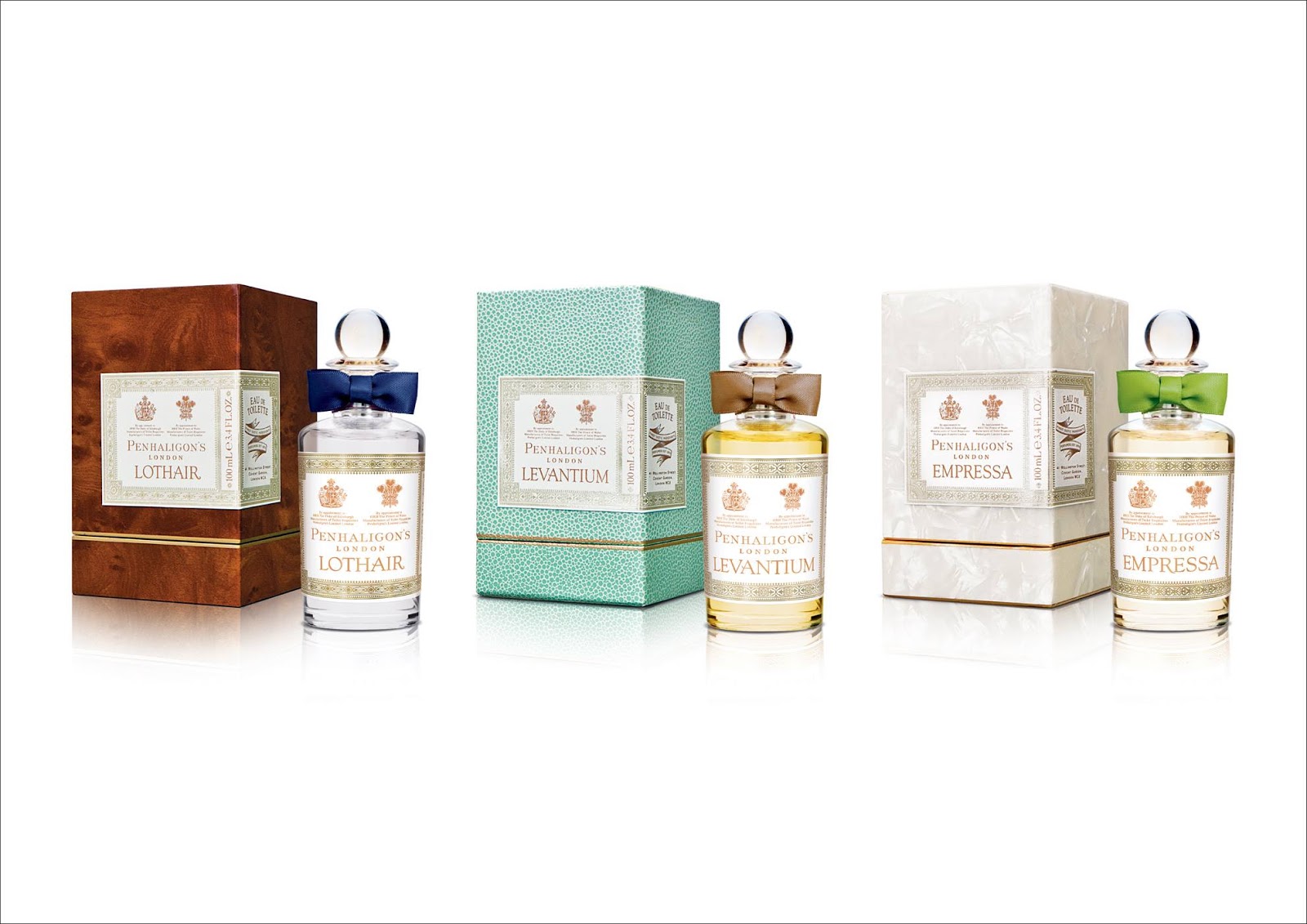 In the days of the British Empire which stretched from Hong Kong in the Far East, all the way to the British West Indies in the Caribbean and consisting of large territories such as India and Australia. It was the largest empire in human history and at its height 20% of the world’s population lived in the empire.

Trade routes brought back to the British Isles many precious and exotic commodities from the colonies which were piled high on the quaysides and docks. Britain collected some of the rarest treasures in dizzying abundance; making London the Warehouse of the World, much to the envy of other nations. 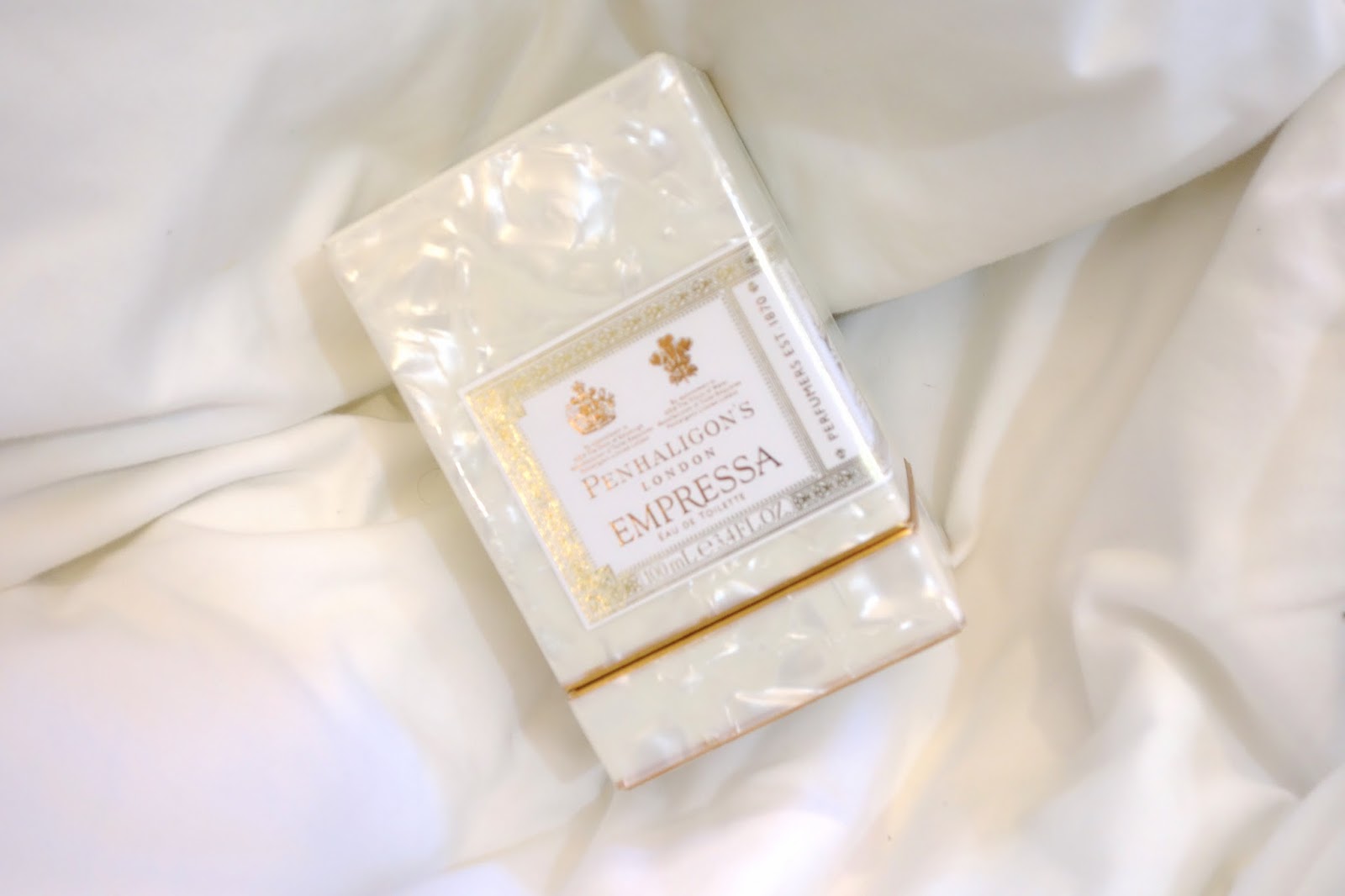 The Trade Routes Collection from Penhaligon’s comprises three opulent new fragrances inspired by the luxurious and decadent commodities which were traded through London’s historic docks at the turn of the 19th Century.

In 1914 John Masefield, the Poet Laureate, visited the Cutler Street warehouses and marvelled at the range of cargoes stored there:

You showed me nutmegs and nutmeg husks,
Ostrich feathers and elephant tusks,
Hundreds of tons of costly tea,
Packed in wood by Cingalee,
And a myriad of drugs which disagree.
Cinnamon, Myrrh, and mace you showed,
Golden paradise birds that glowed,
More cigars than a man could count,
And a billion cloves in an odorous mount,
And choice port wine from a bright glass fount.
You showed, for a most delightful hour,
The wealth of the world and London’s power.

The minimalistic yet stylish fragrance bottle mimics the apothecary bottles from that period, and come with a little ribbon bow which matches the colours of the individual fragrances. 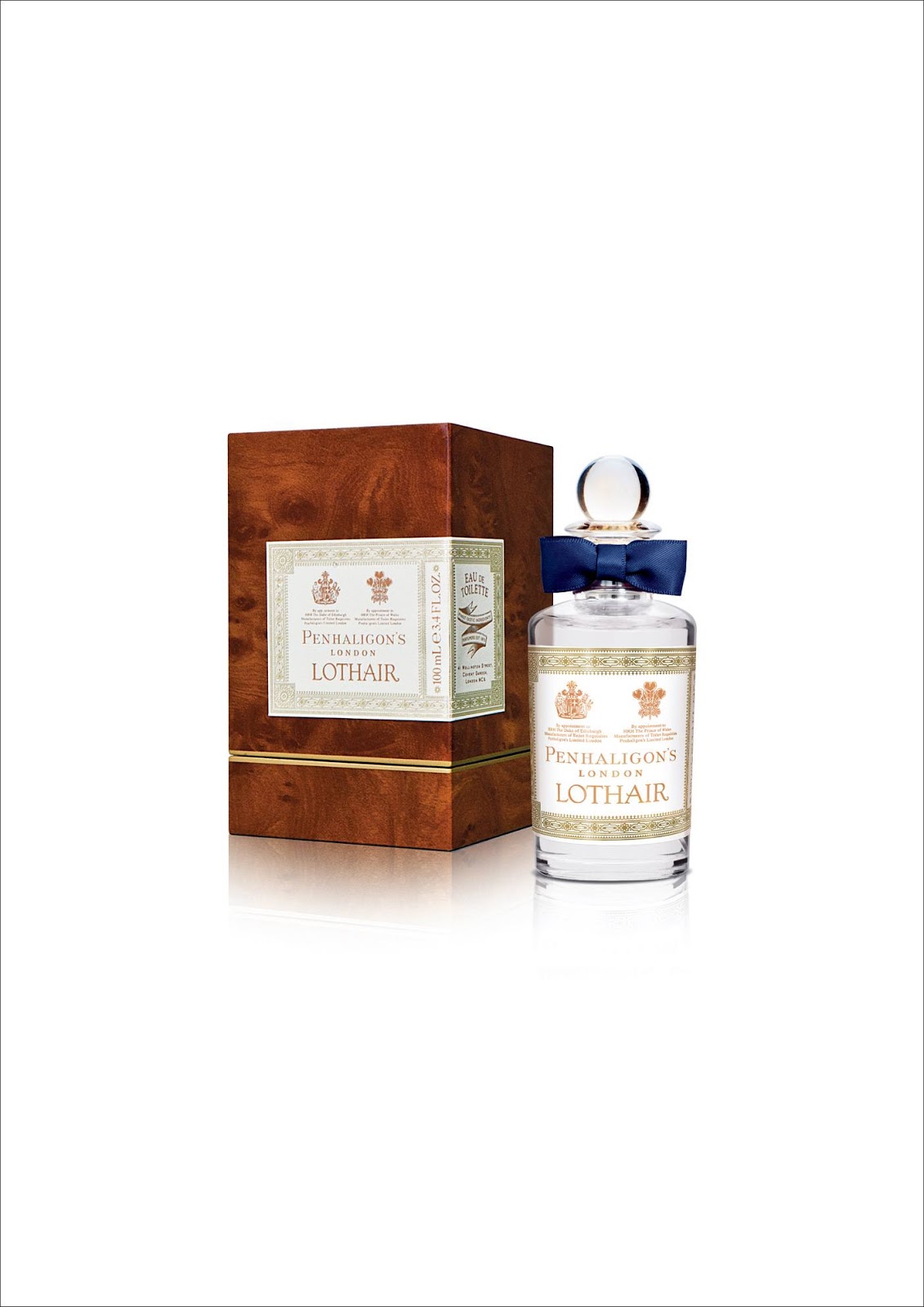 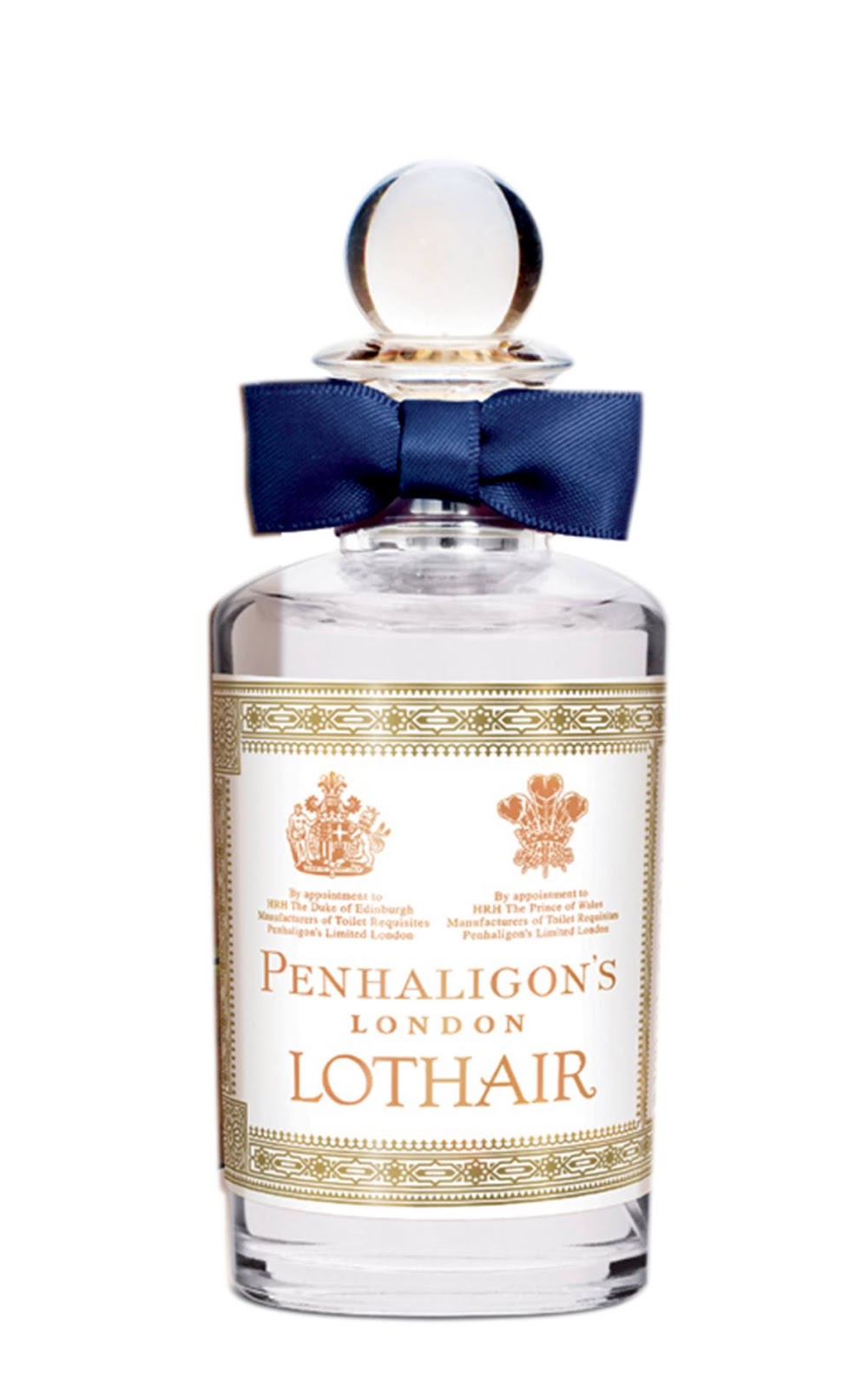 Inspired by the famous Tea Clipper Ships that navigated the globe to bring exotic wares to British shores, Lothair opens with the salty tang of grapefruit and juniper, and a brilliant green sensation from fig leaf. The smoky heart of black tea is softened by fig milk and magnolia, sailing into an ambergris, cedar and wenge woods base, reminiscent of the varnished decks of these elegant ships. 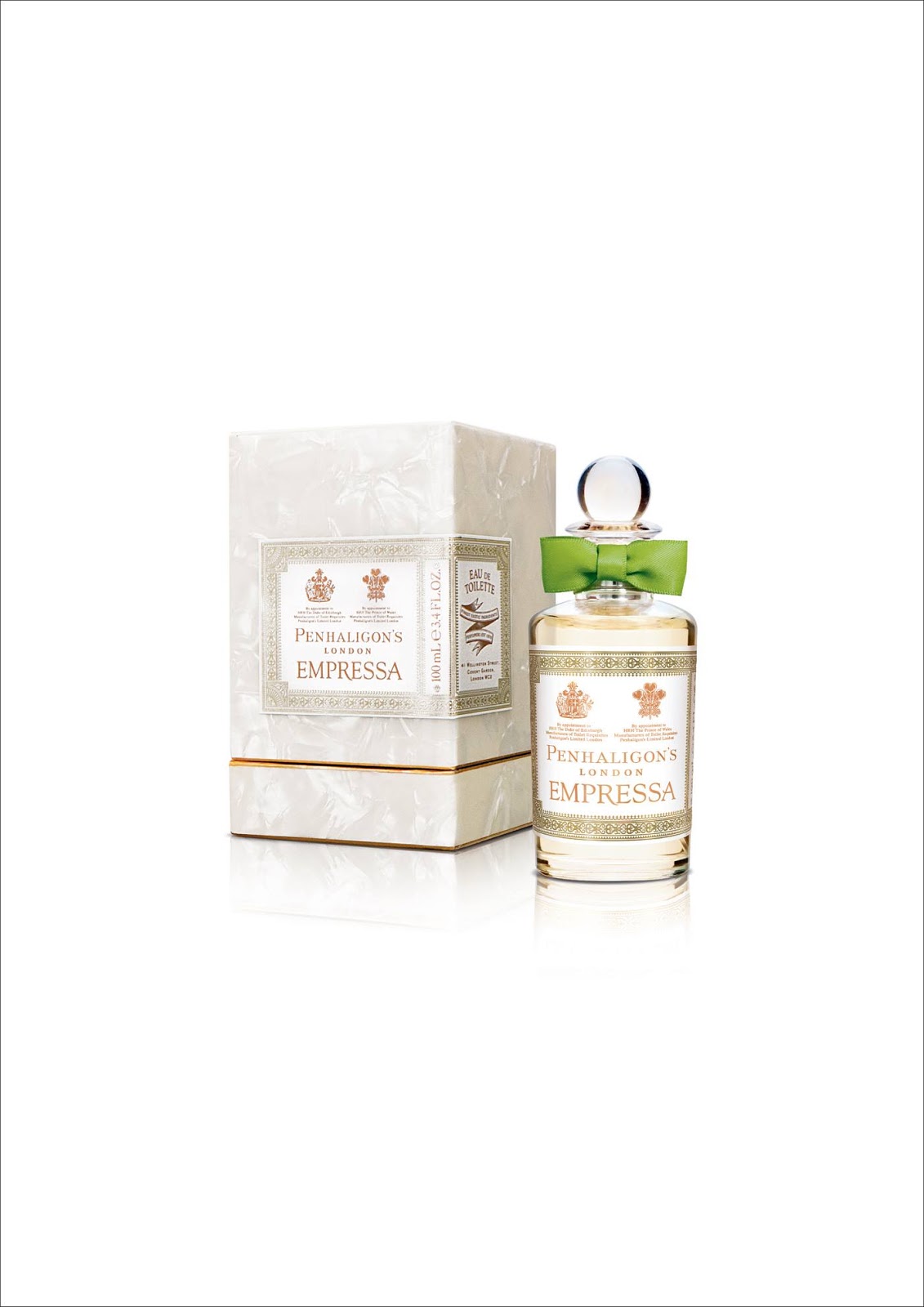 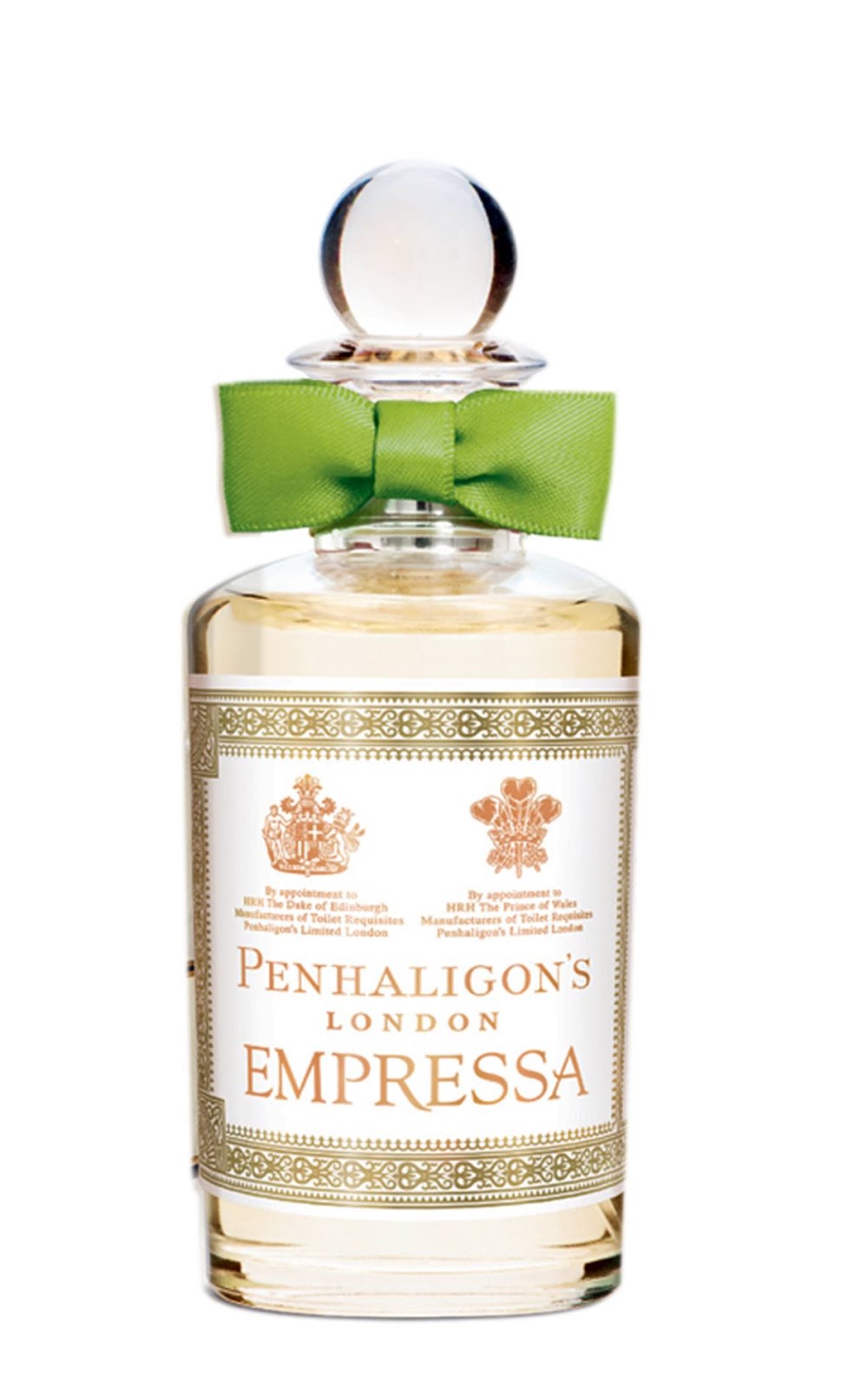 Empressa is inspired by the beauty and nacrescence of pearls, precious silks and fine fabrics transported through London to adorn women of power and influence. Shimmering with bright pink pepper, succulent blood orange, dewberry and peach, Empressa’s floral heart is lustrous with the dusky pinks and soft whites of rose and neroli. The sensuous drydown of patchouli and vanilla is sweetened by a blend of cocoa, amber and maltol, with warming cedarwood and rich sandalwood providing depth and sensuality. 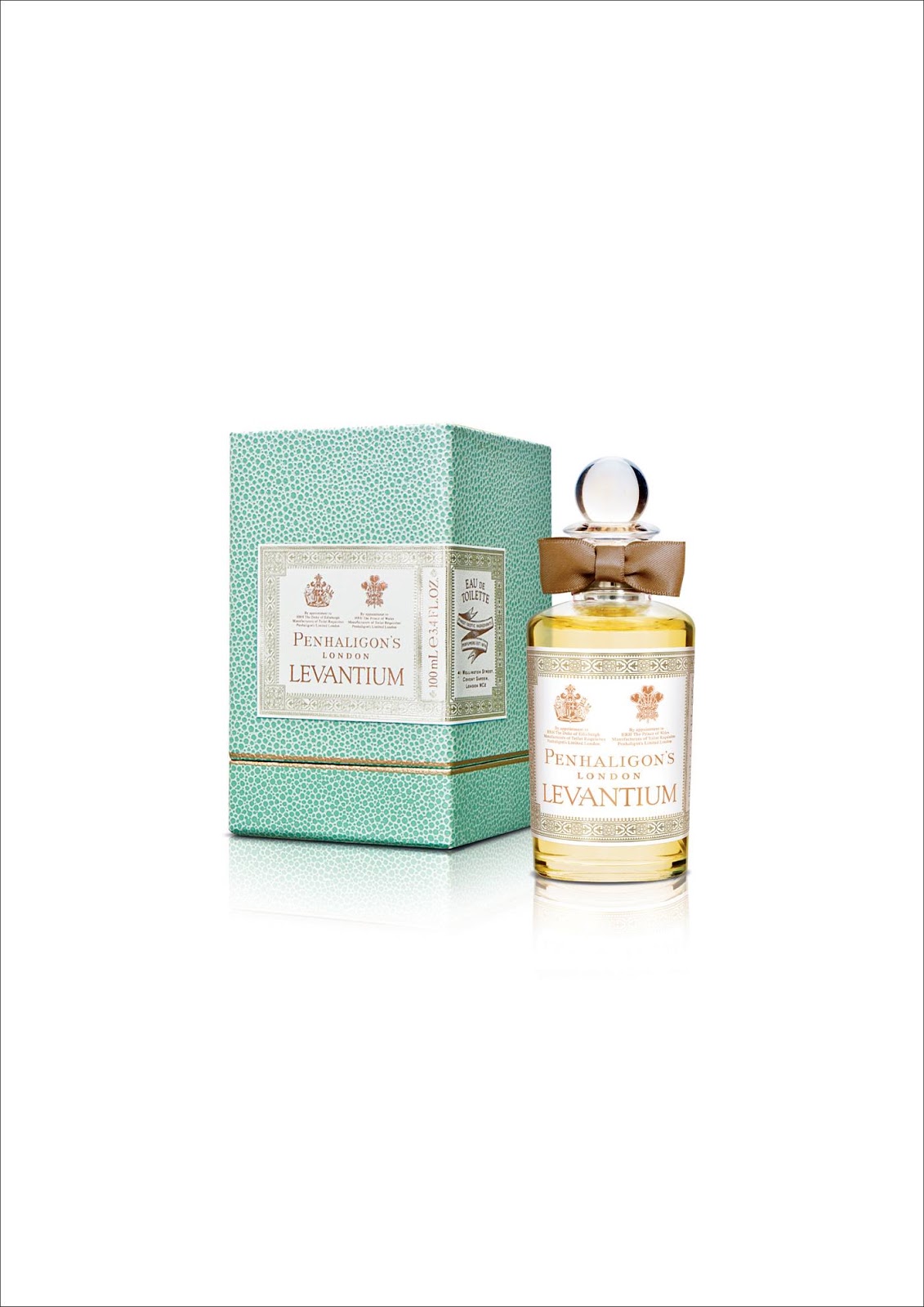 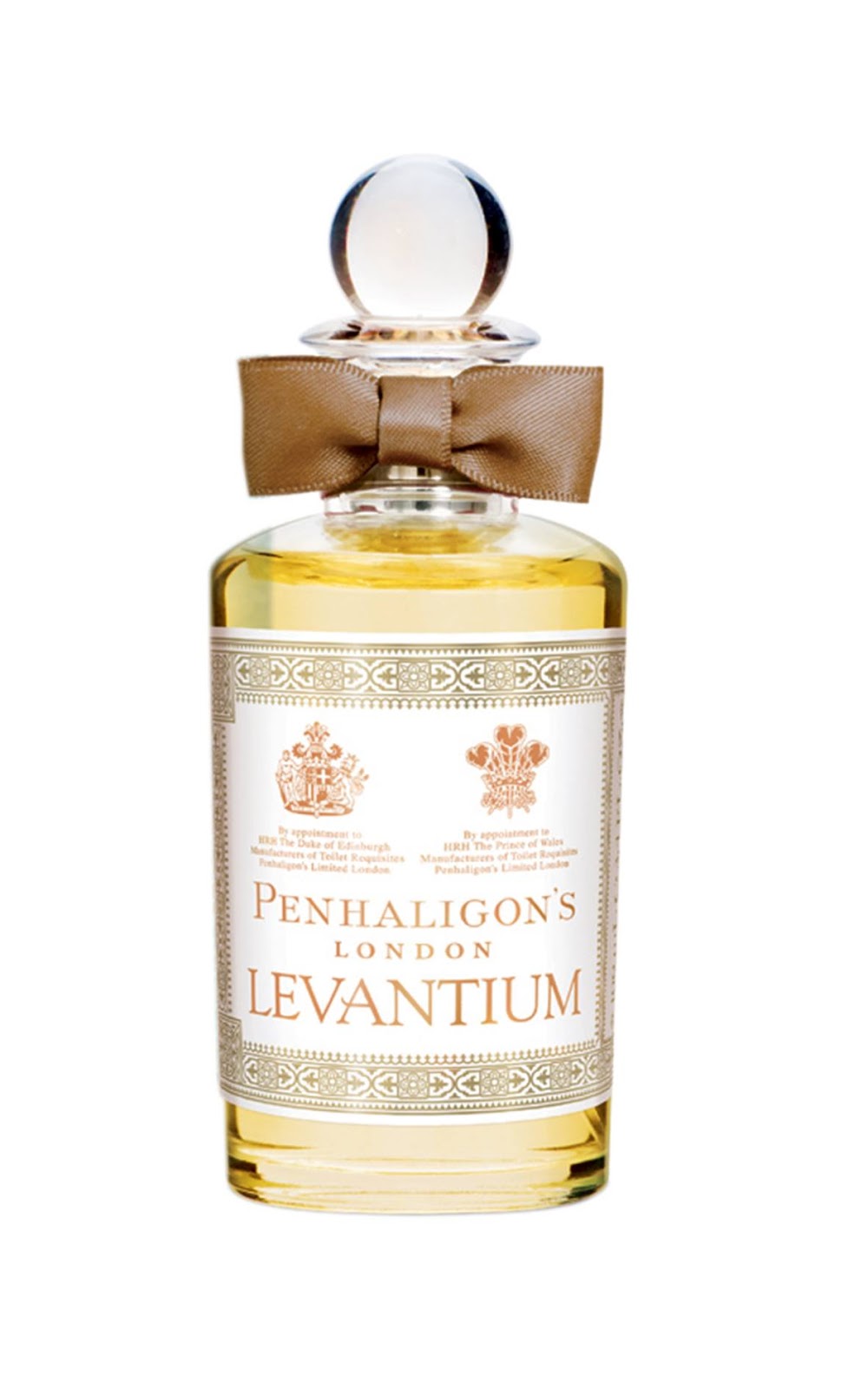 Lavish mounds of rum and spices, flowers, woods and resins all found their way to London, stacked high in the warehouses and around the wharves. Levantium opens with a shot of rum-like davana and absinthe, and the glittering warmth of saffron. The opulent floral heart of rose, jasmine and ylang ylang is given a piquant kick by clove and cardamom, whilst a luxurious and resinous base of oud, amber, myrrh and vanilla is buoyed by smoky guaiac, sandalwood and musk.

The Trade Routes Collection from Penhaligon’s is currently available in Penhaligon’s Isetan KLCC boutique priced at RM633.00 for a 100ml bottle.

More info on the fragrance at http://www.penhaligons.com/trade-routes/ 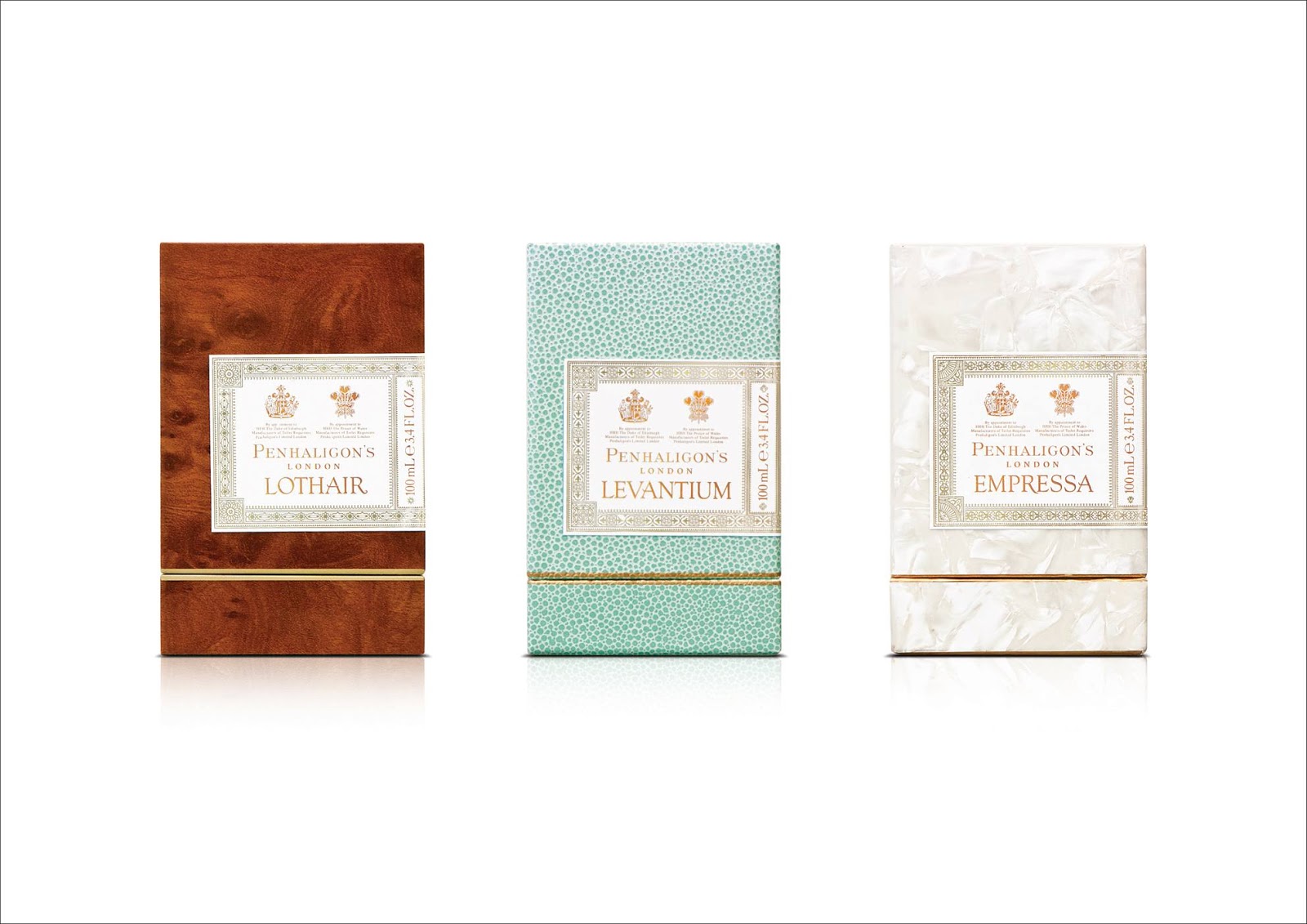