For the last day on the cruise, we decided to take it slow and chilled.
We've been partying for like 3 or 4 nights straight already and we weren't burned out (I don't know how is that even possible when everyone else almost looked like they partied their guts out haha) but we didn't want to overdo it haha. 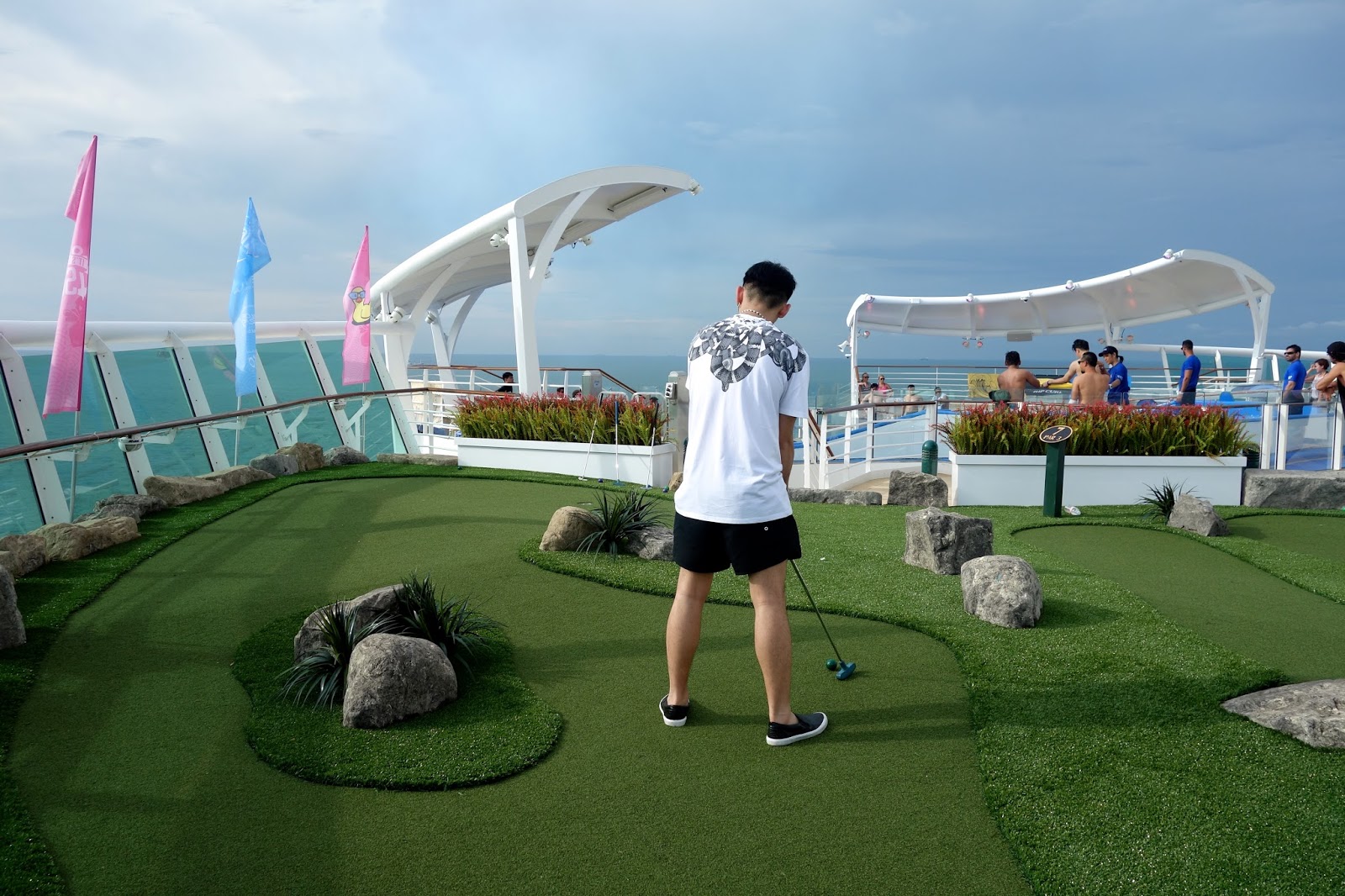 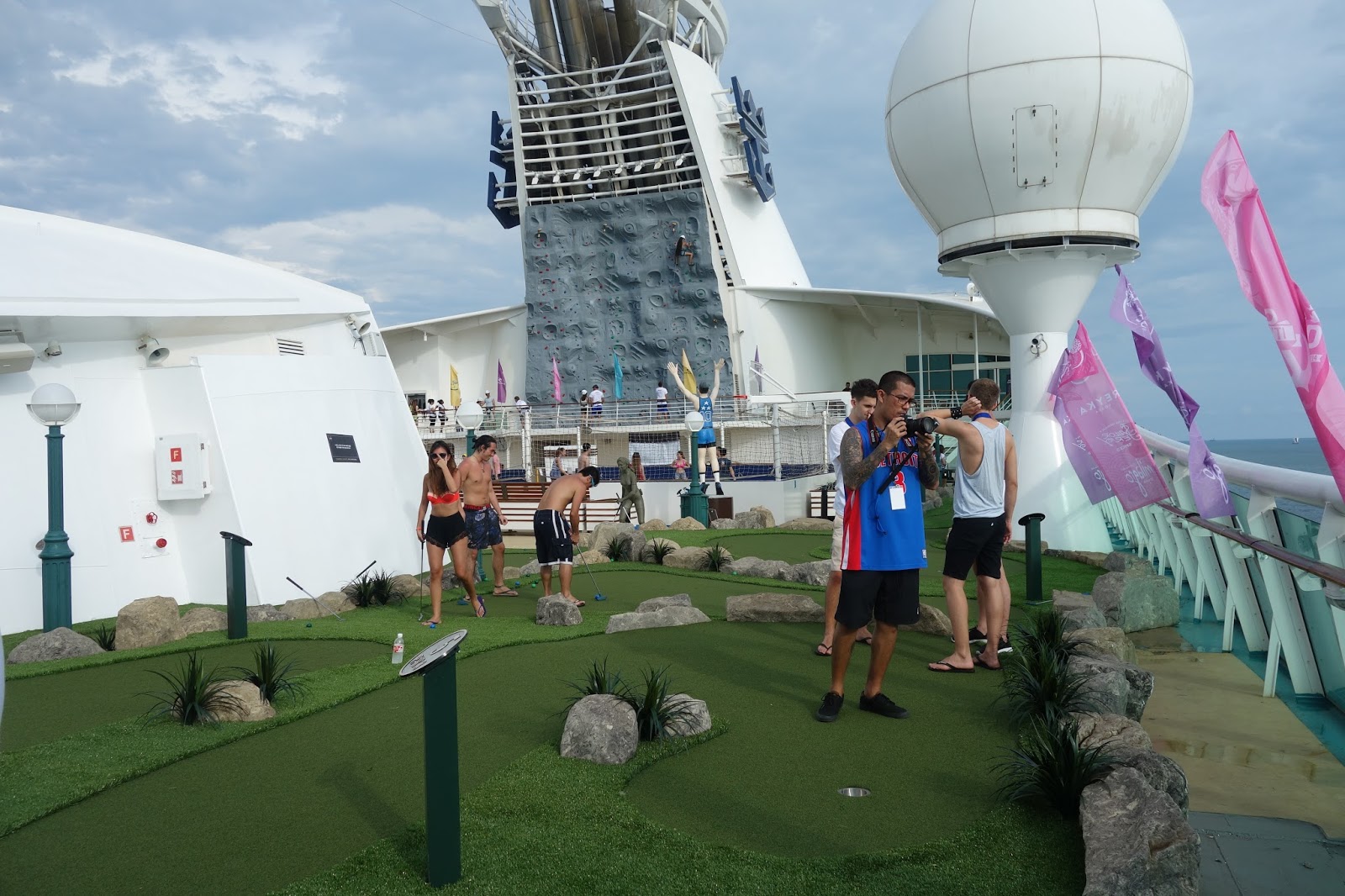 So we started off with some mini golf, it was a beautiful sunny day.
Loving all the sunny days I've been getting on this cruise. The fact that I get to enjoy every single day in the sun is pure bliss, plus we get up early every day for activities! Omg feels so good like I'm in a gadget rehab or something. No technology, no work, no replying emails or calls. Just food, partying, activities and booze. 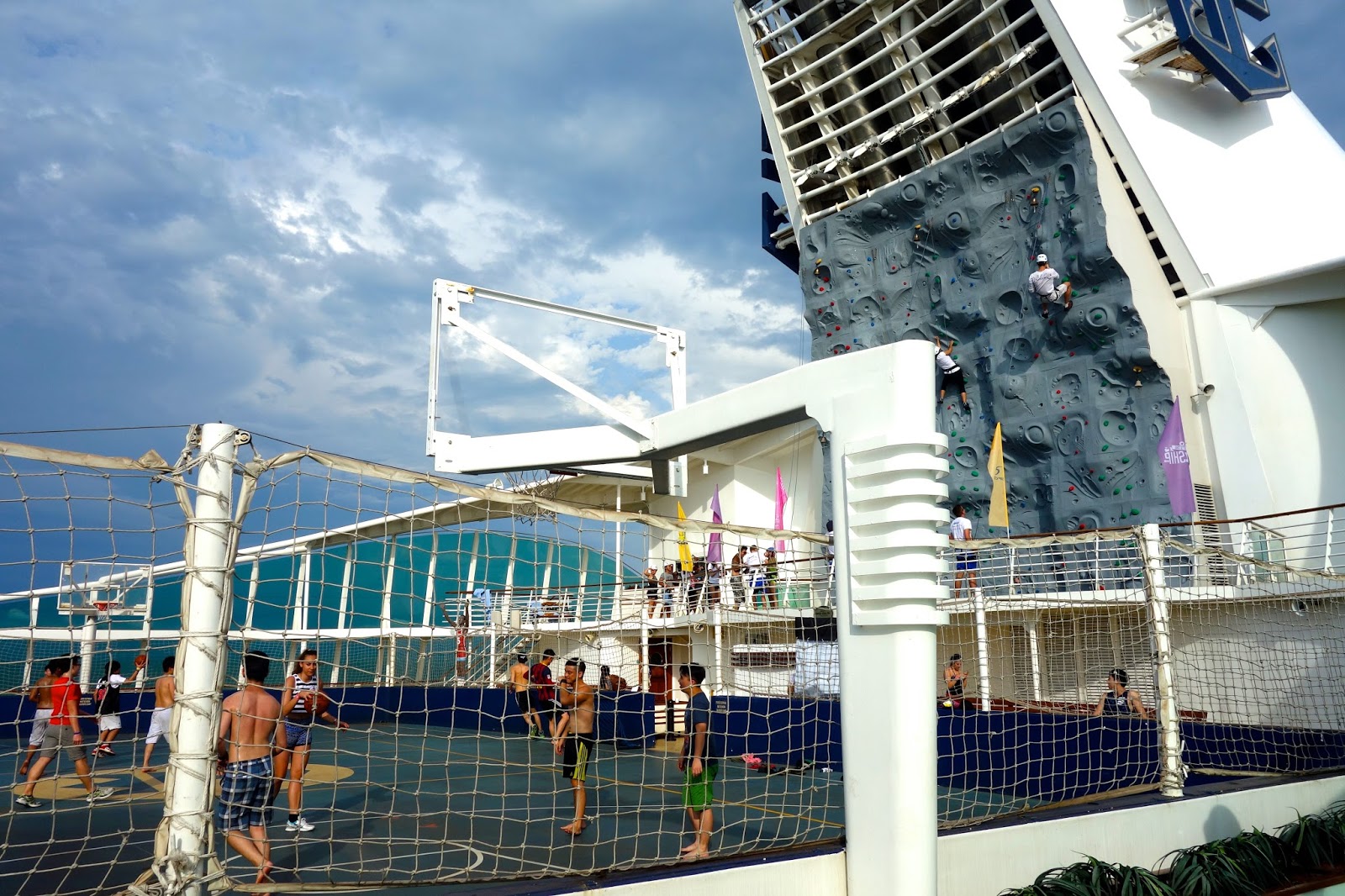 Then after, we changed into our swimwear and lazed by the pool and even gave the hot tub a try. Even though we spotted couples making out and getting all frisky the night before LOOOOL. Nevertheless chlorine kills germs and the water was hot so... 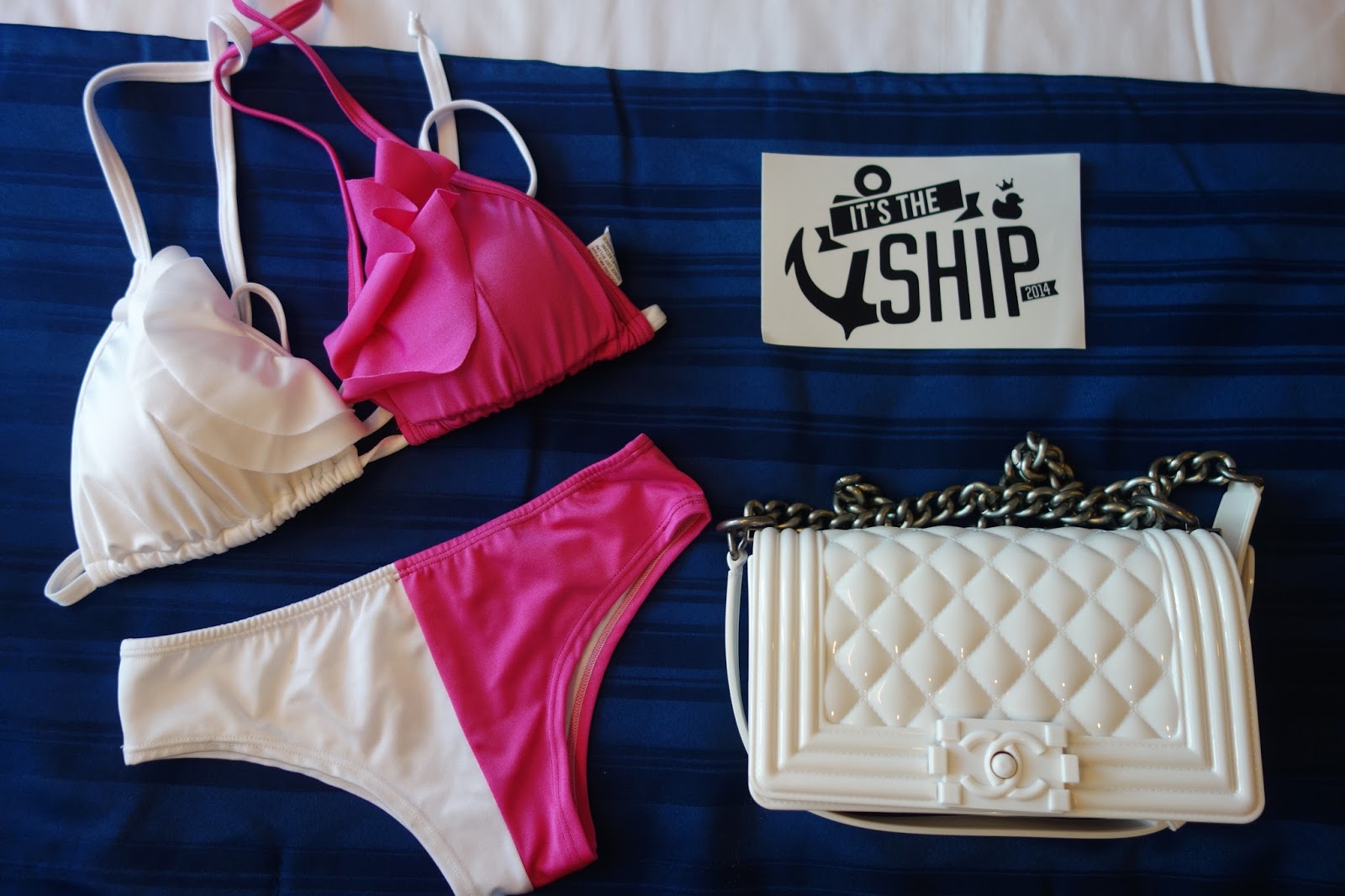 We then adjourned to the higher upper deck later on to catch the sunset and enjoyed some fine whisky and cigars with Sick Individuals. 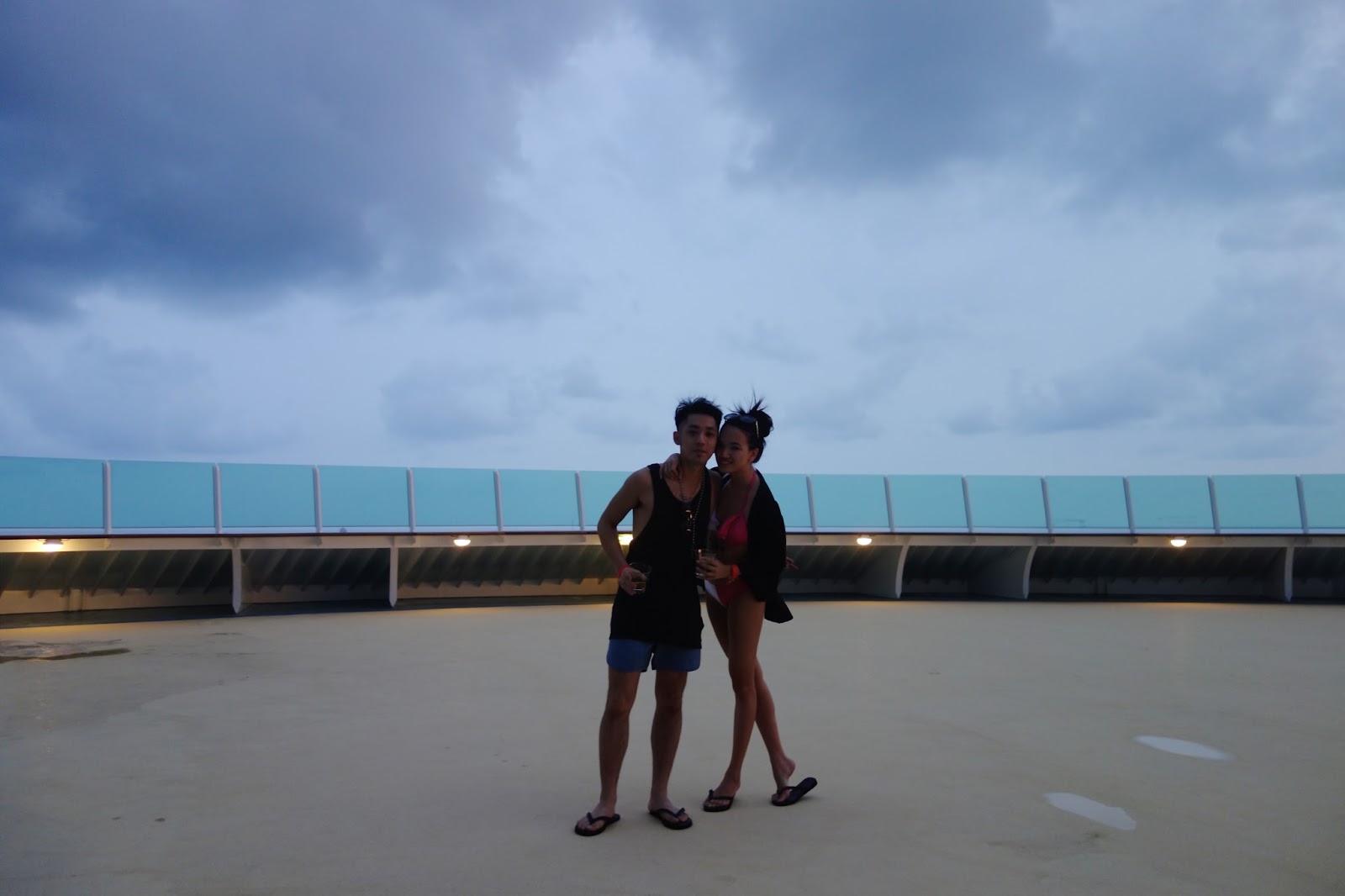 All sweaty and greasy but still smelling good from that tanning oil infused with coconut!
I smelt like Malibu Rum actually hehe. 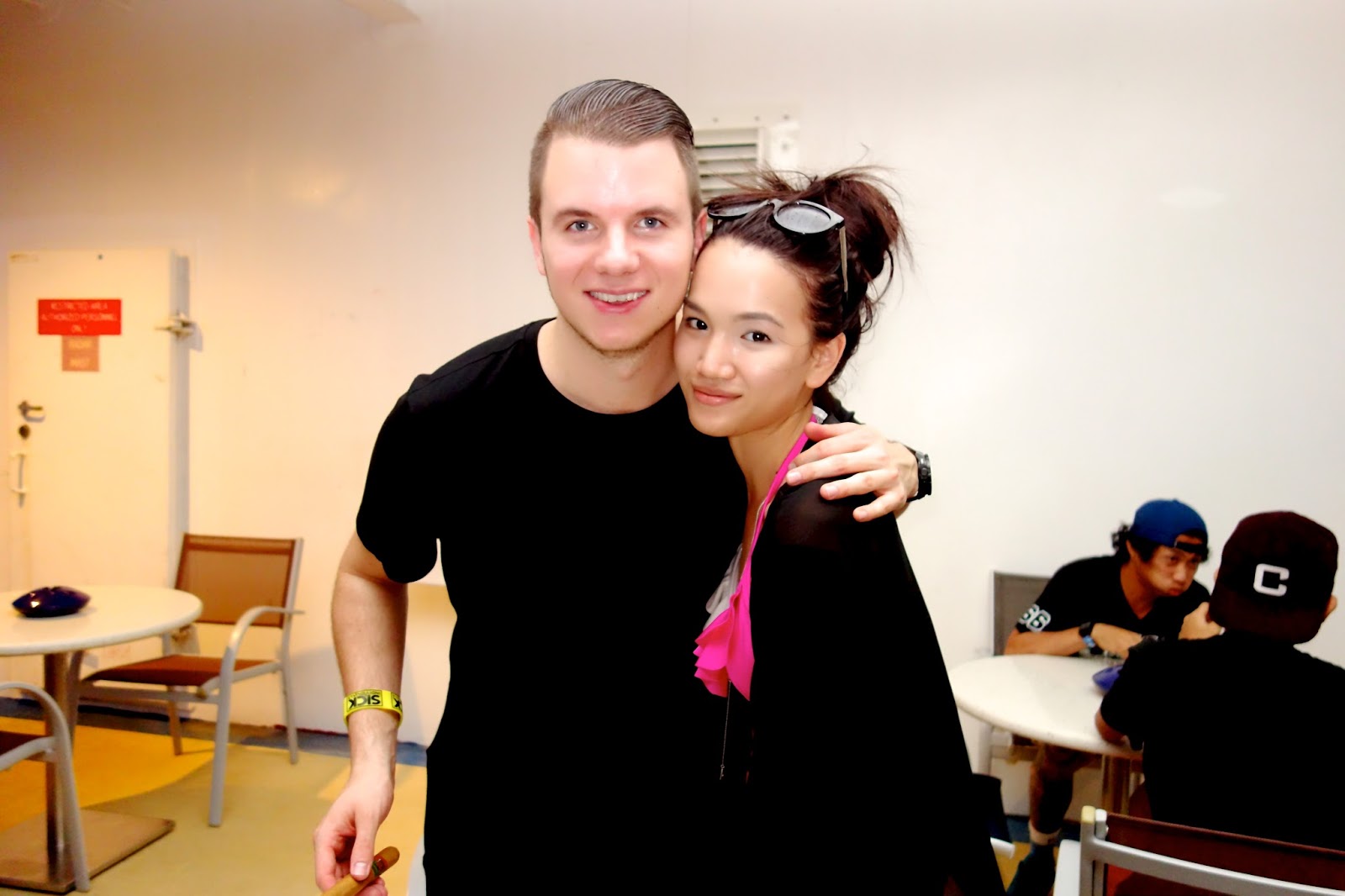 With Ray from Sick Individuals.

After all that we took a short nap before getting dressed for the captains gala dinner. 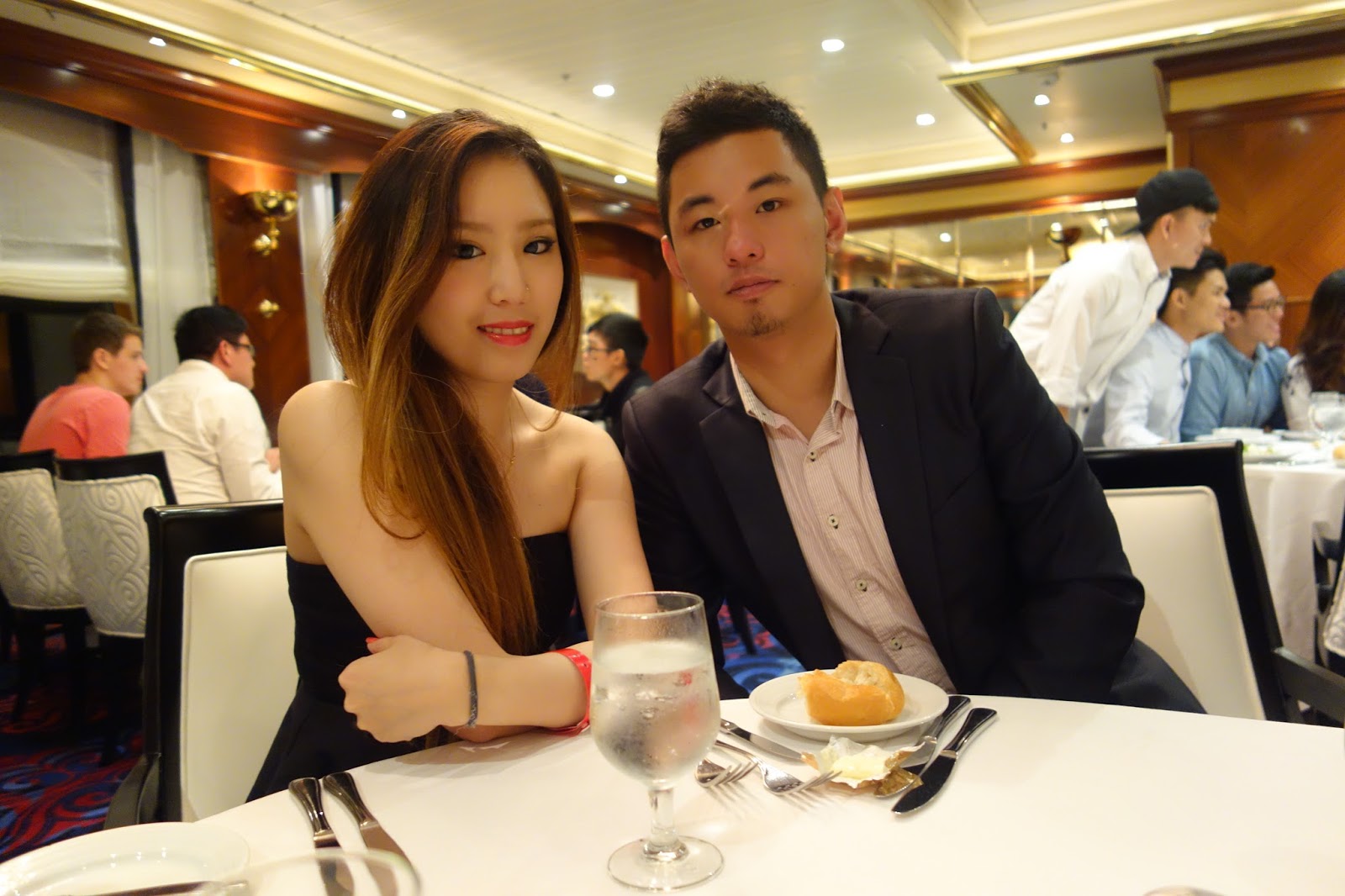 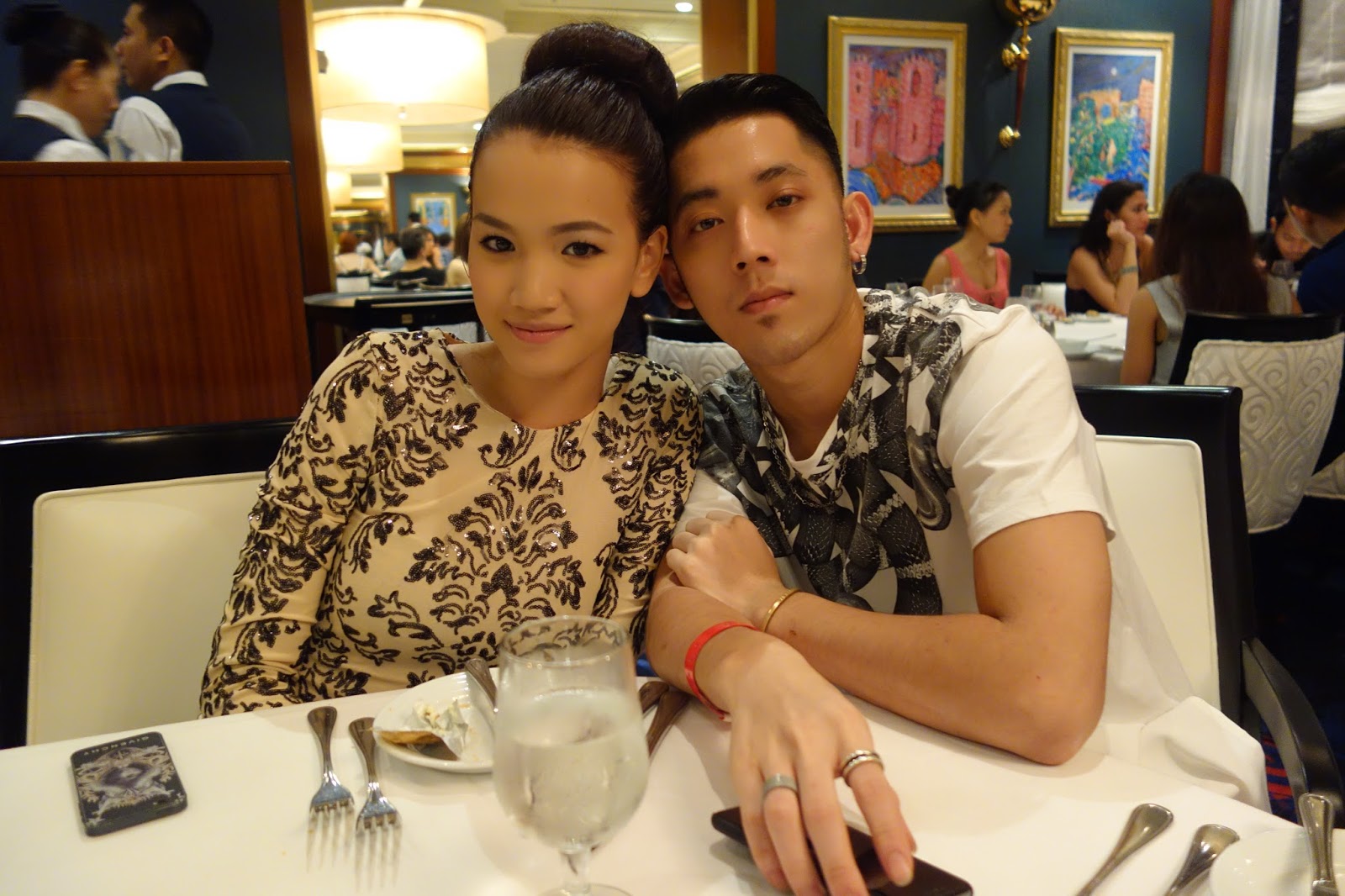 Maria and Darryl, myself and the boyfriend attended the dinner which was filled with dancing and a thank you speech.

After that we then went up to the party deck for Sasha Grey's set.
The boys were all just excited to watch her perform. Harharhar. 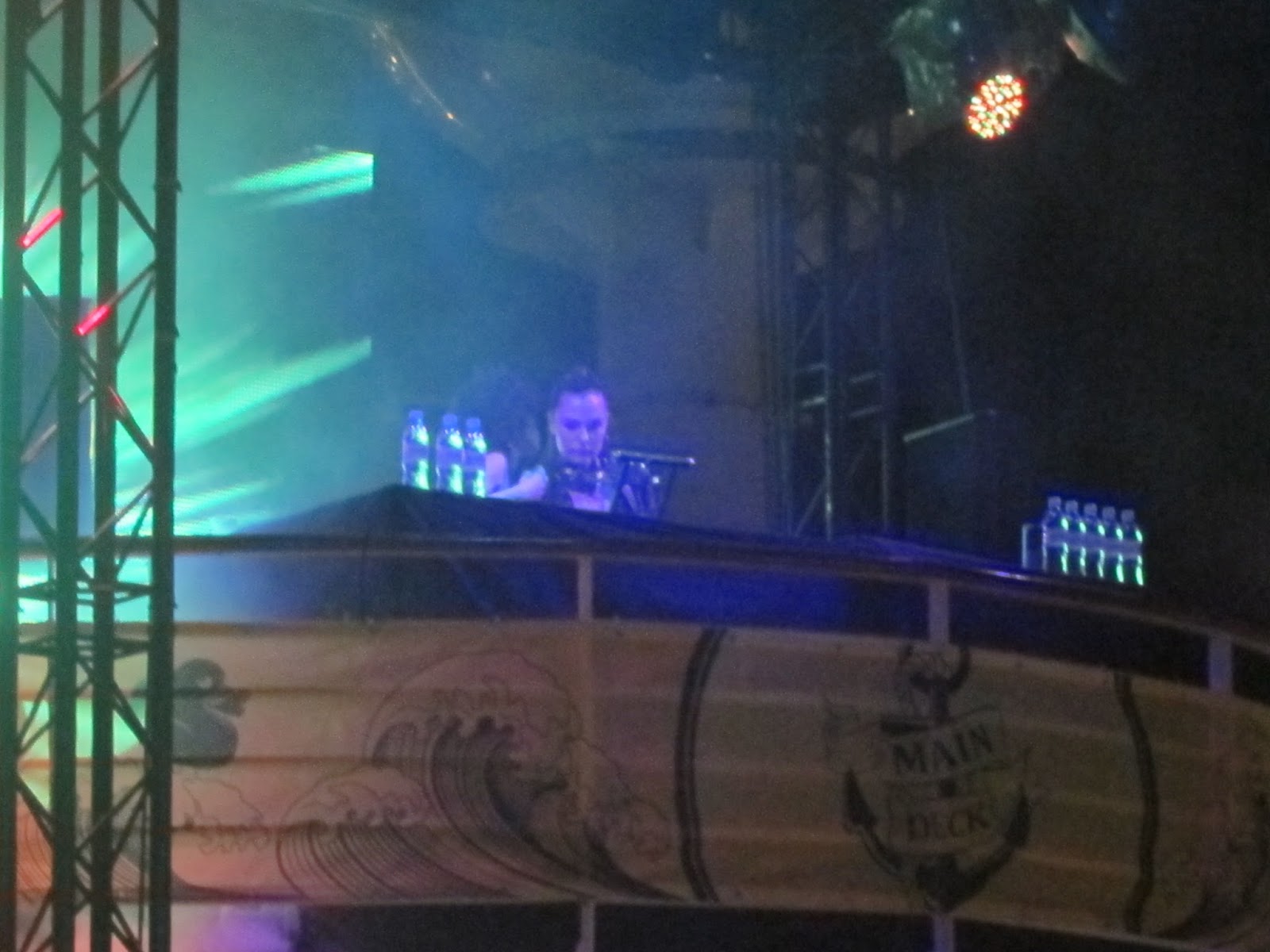 She was... okay lah.
Definitely better than Paris Hilton in DJ -ing and probably other areas which they have in common but a definite downer music wise.

*wow so much puns, I cannot. 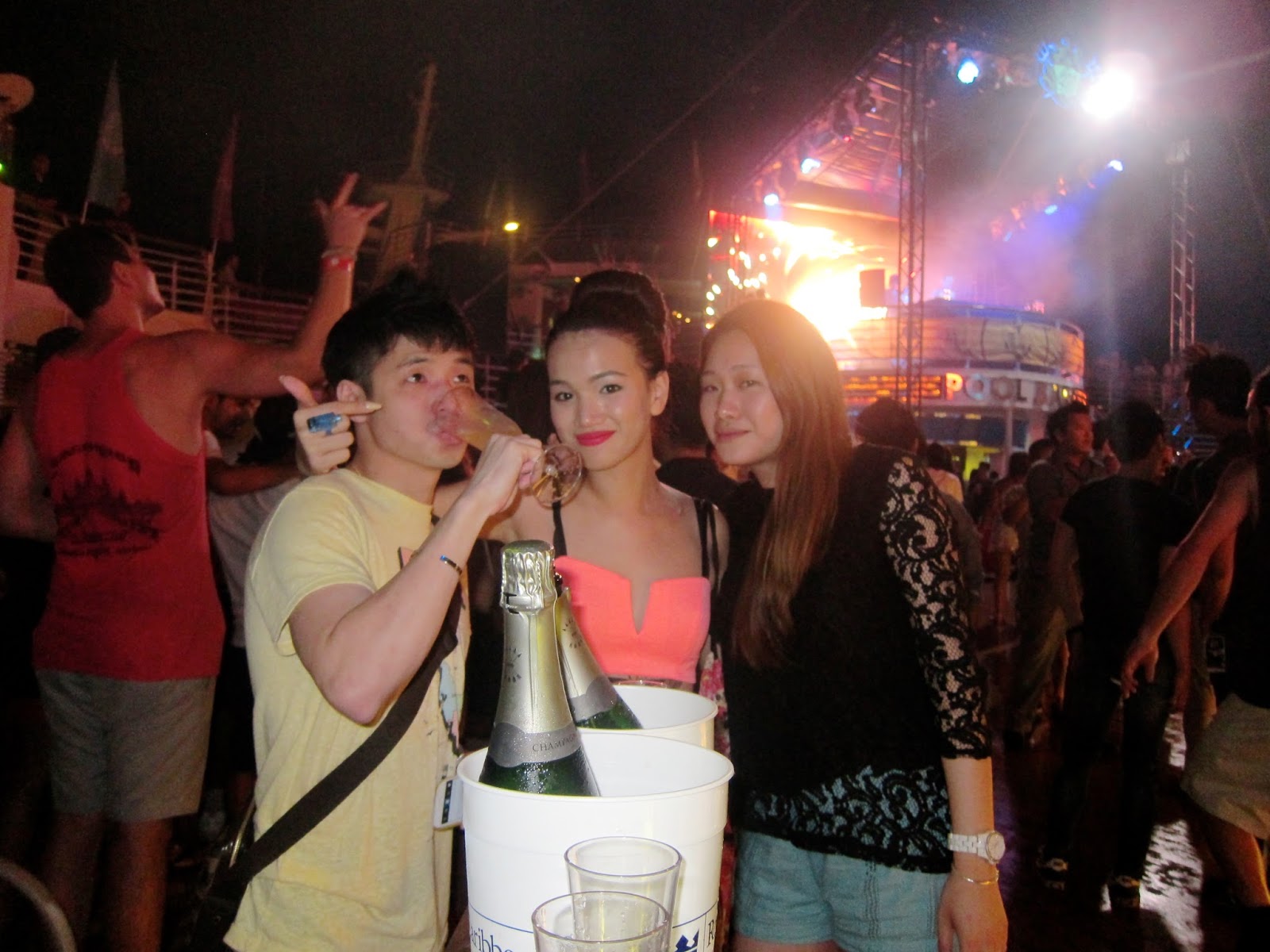 Louis, myself and Karen.

Probably only the few enjoying champagne and going all out for the last night.
Champagne is definitely never my choice of an alcoholic beverage as it makes me fat (my face gets so round) and I have really bad hangovers. Hence why I steer off champagne nowadays but since why it's our last night on the ship... 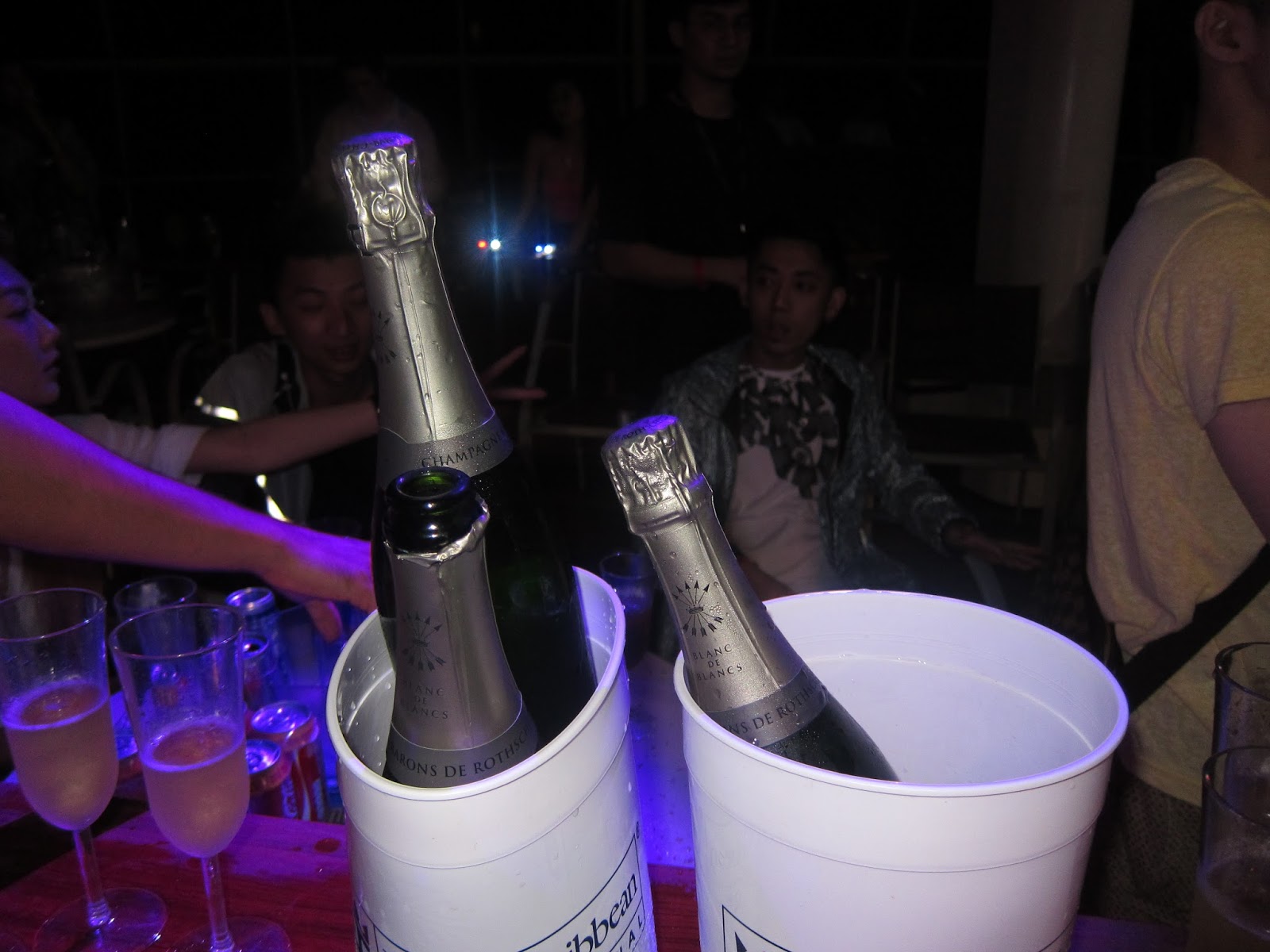 & when we went to the private party after with Sasha Grey again but up and close. 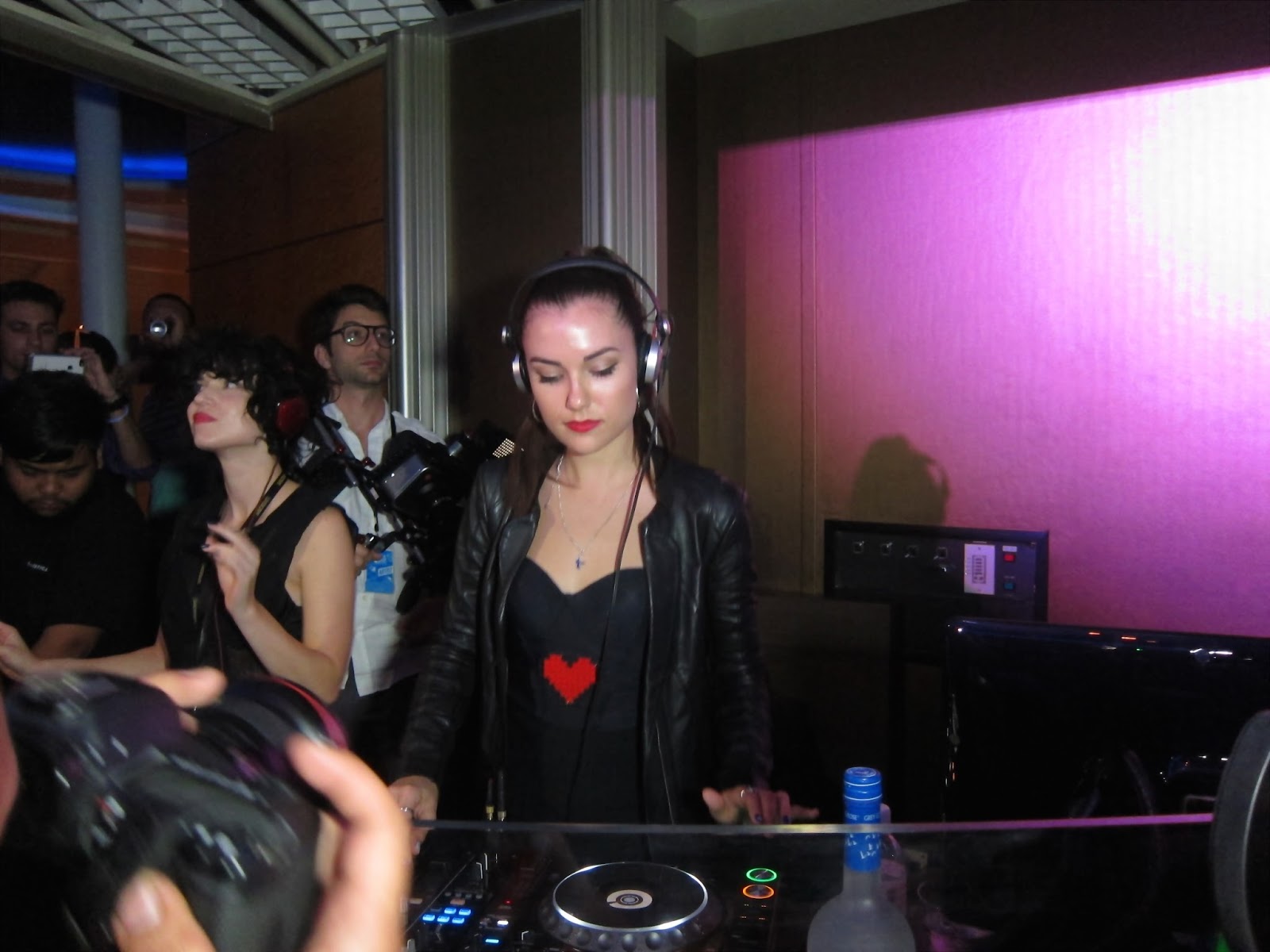 The girl on the right?
She's always with her. Probably helping her out. 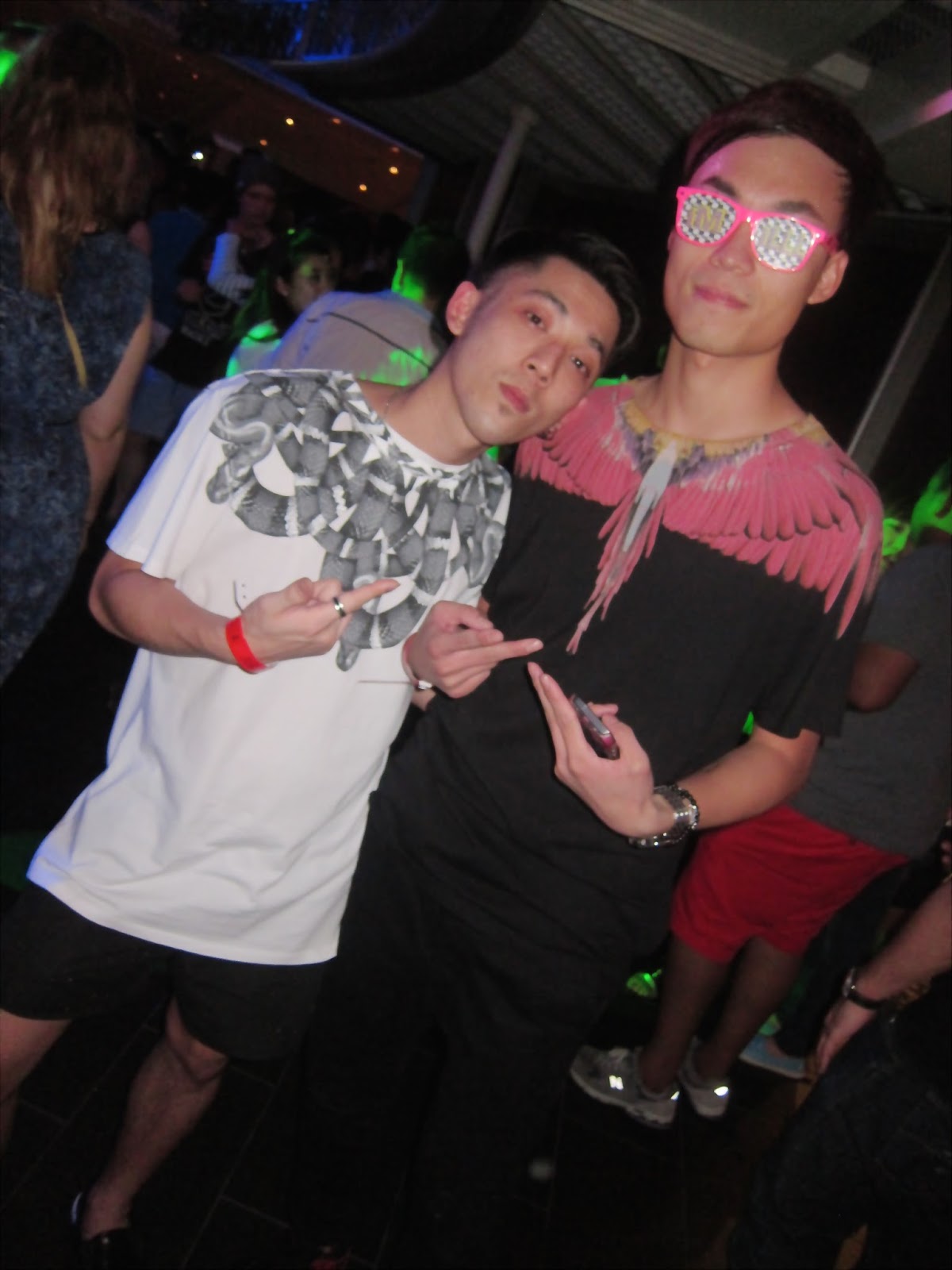 And we continued with 3 more bottles. This time of Dom Perignon.
I have crazy friends. Most of us were like on the brink of, no not tipsiness or drunkness but it was just too much bubbly! So the guys had to do all the drinking.

And after that the party didn't end.
We ended up in the casino. 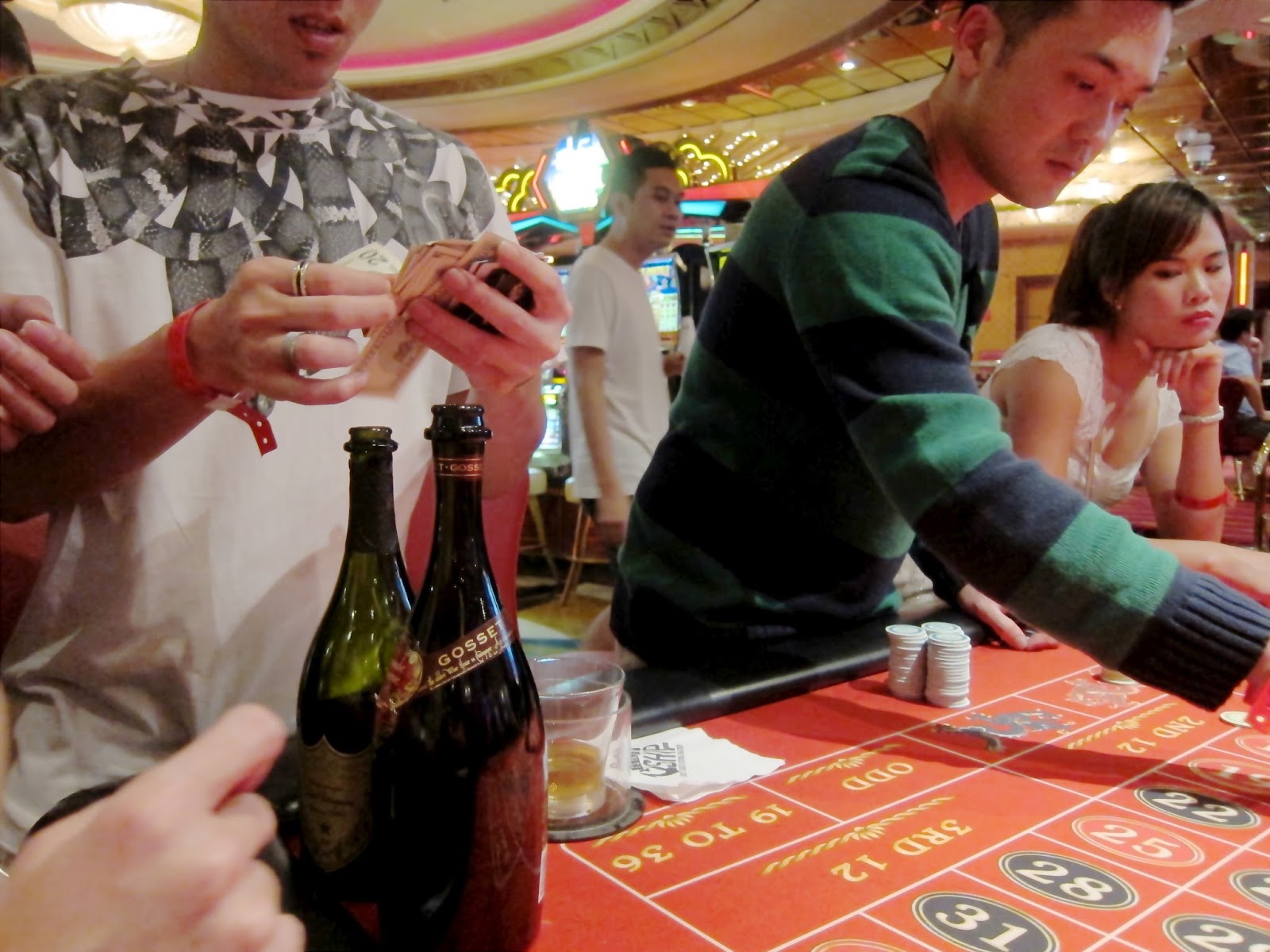 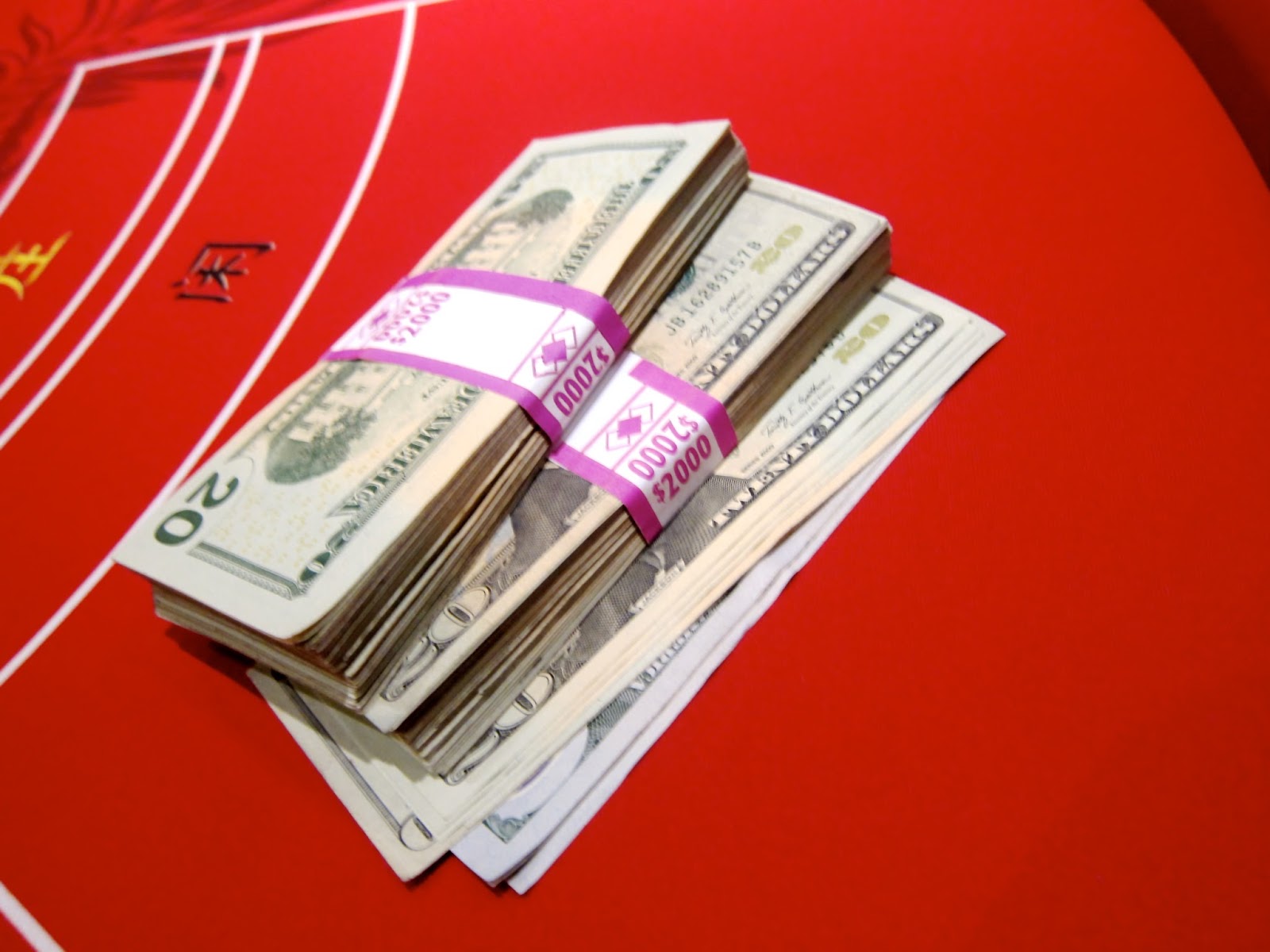 Oh and that's the stack they won. From like $100?
Much luck for drunk gambling. Yes they were drunk haha.

So epic and heart wrenching time for us to watch. I had to gobble some mouthfuls of champagne just to not get a heart attack. Oh and my lucky number won us some haha.

What a fun time and fun night.

Till this years voyage!

Voyager of The Seas