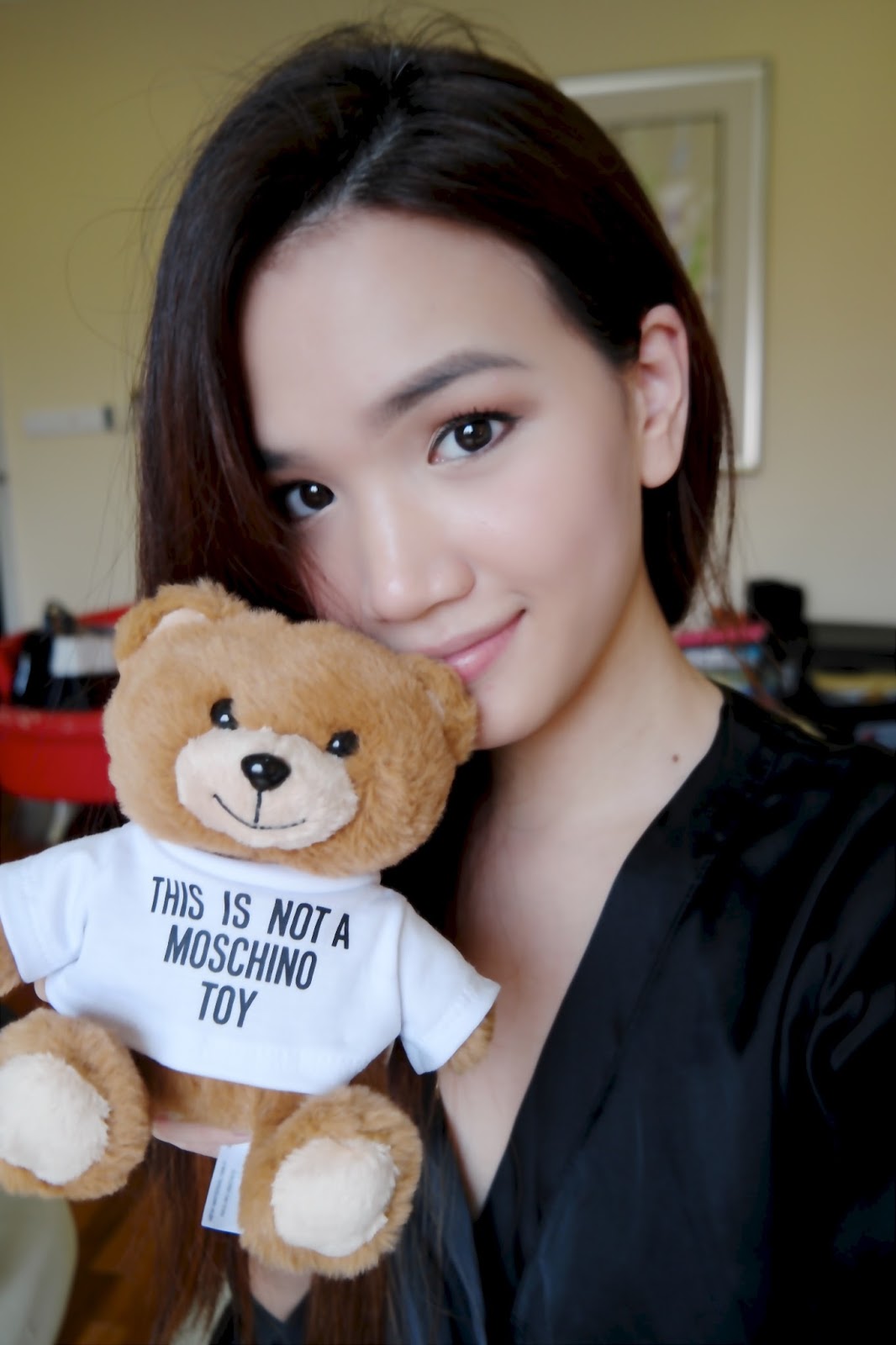 This is too cute not to share and not to own one! First thing I noticed was the cute little tee on the teddy bear, and then I realised it was actually a perfume. How cute is that!

Now I can not only hug something cute to sleep but also something that smells so good. 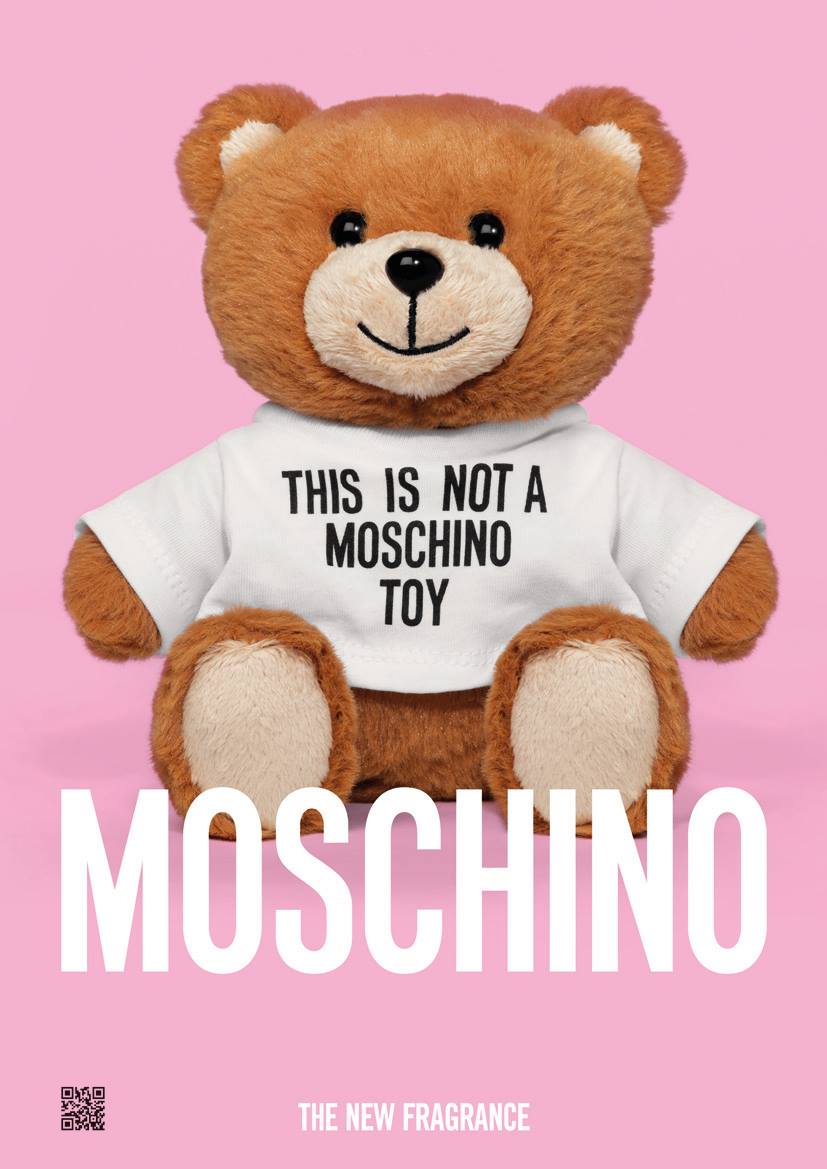 Moschino - the Italian luxury fashion house which specializes in ready-to-wear apparel, leather and fashion accessories, shoes, luggage, and perfumes, was founded in 1983 by Franco Moschino. The fashion label became famous for its innovative, colourful and sometimes eccentric designs which broke away from the norms of the conventional designs of Italian fashion. 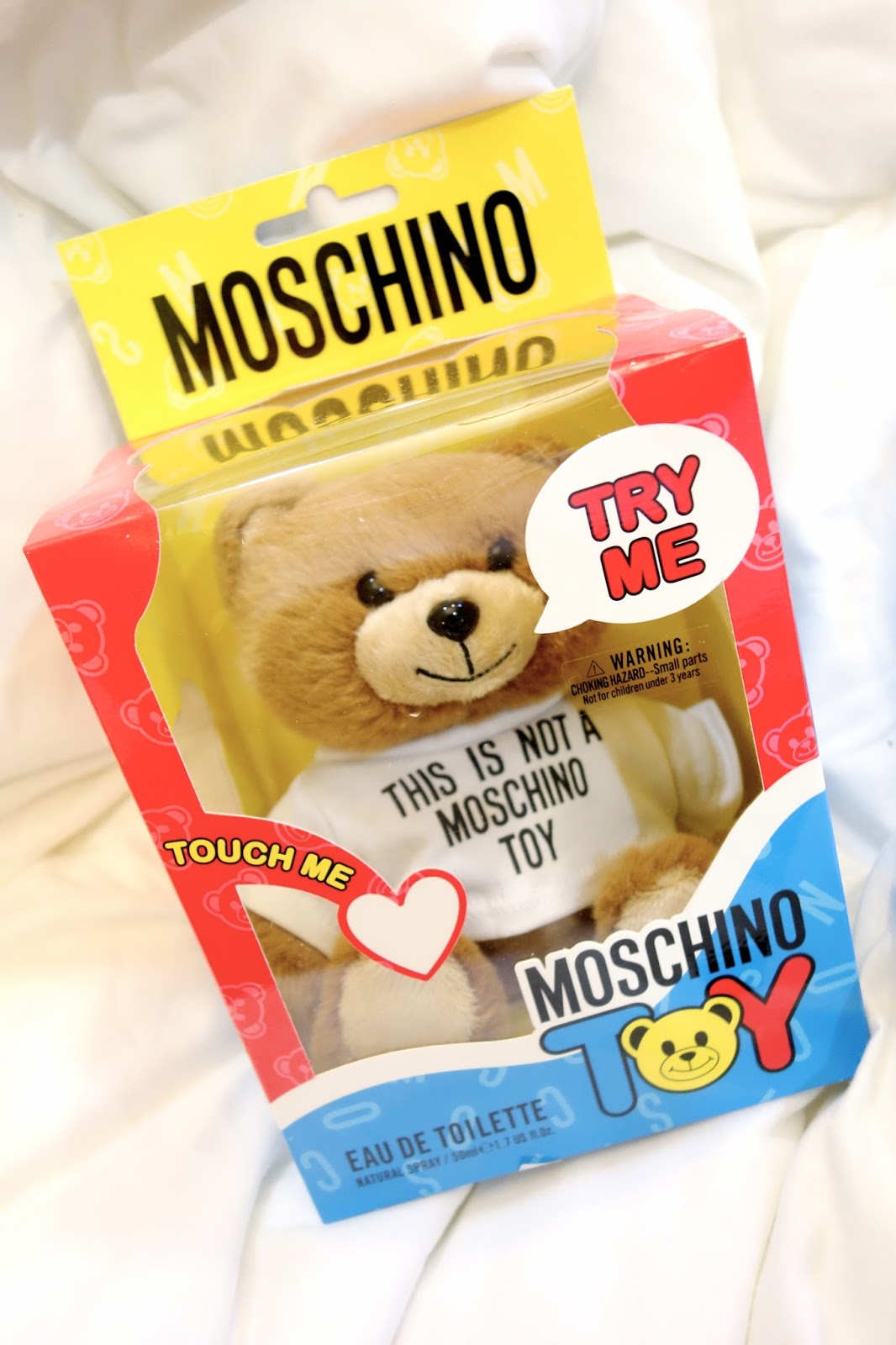 In 2006, Moschino designed the outfits for the opening ceremony of the 2006 Winter Olympics in Turin. Moschino also designed outfits for some famous celebrities such as for Kylie Minogue's 2005 Showgirl - The Greatest Hits Tour, Madonna's 2008 Sticky & Sweet Tour, and six outfits for Lady Gaga for her The Born This Way Ball in 2011-2012. In January 2015, Moschino launched their newest fragrance – the Moschino TOY which is a unisex fragrance conceived by Moschino Creative Director Jeremy Scott. TOY is unlike any fragrance in the market, boldly redrawing its form, function and fabulousness.

The fragrance is literally a toy. You can hug and play with the real, fuzzy-faced teddy bear and when you need to use the fragrance, simply screw off the bear’s happy faced head and you will find an atomizer built into the bear’s soft body.

After spraying the amount you want, simply set TOY back down on your vanity table, or toss him on your bed, or place him together with your other furry stuffed animals. The soft body of the teddy bear also acts to cushion the atomizer inside against knocks and accidental drops!

“I wanted to push the fragrance beyond the realm of what a perfume looks like it, or how it’s packaged,” says Jeremy Scott of his first fragrance for Moschino. “And I think we’ve achieved that!”
Scott shares his unabashed love and icon-ization of teddy bears with founder Franco Moschino, who previously used stuffed animals to cover dresses, coats and hats in his fall-winter 1988 collection. Jeremy Scott’s teddy comes with a heart-warming smile and a rather cheeky T-shirt that states, “This is Not a Moschino Toy.” 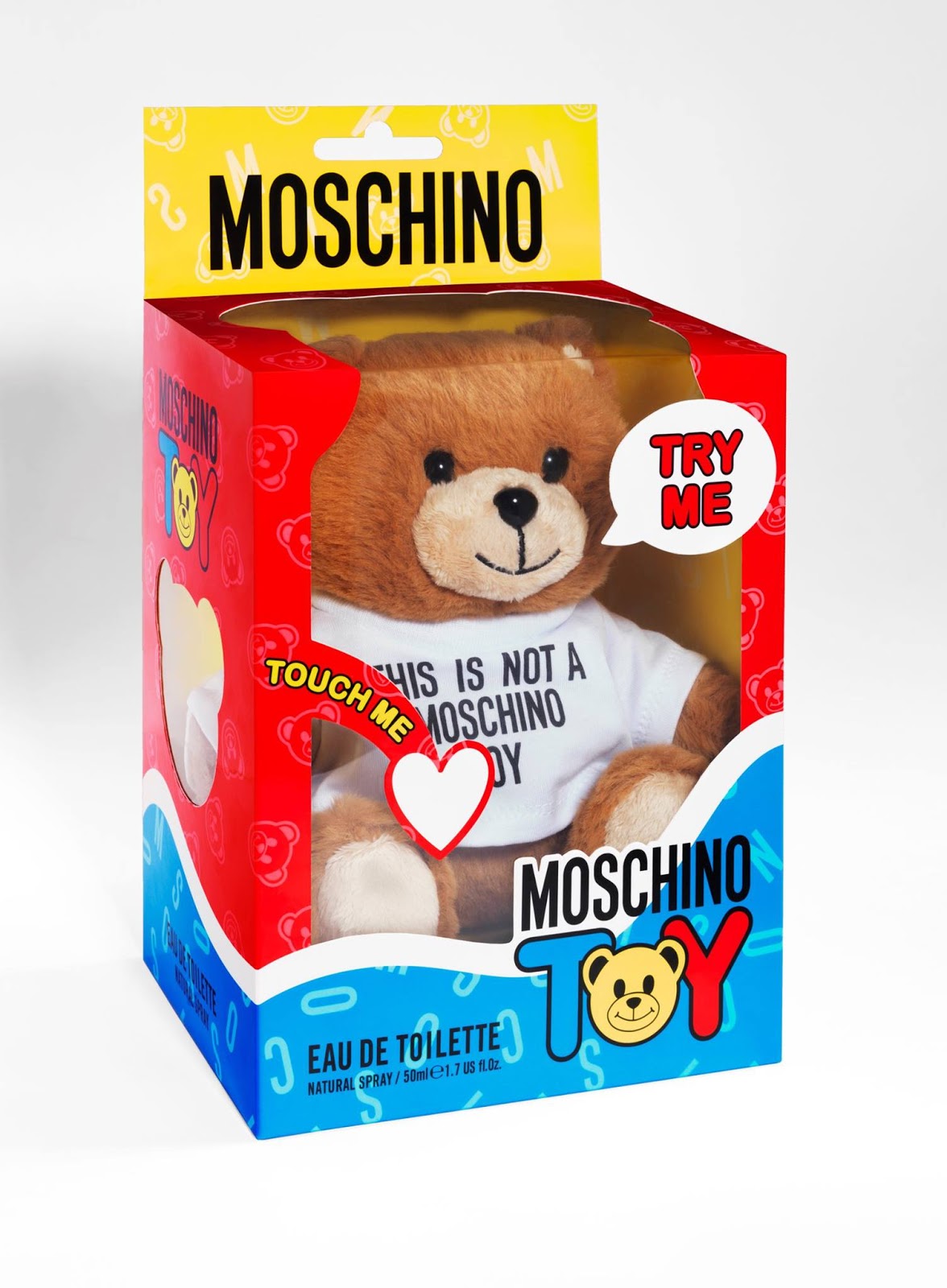 Just like a toy that’s sold in a toy store, the cute teddy bear is housed inside a realistic toy package would be, complete with clear plastic viewing window, bubble writing instructions to “Try Me” or “Touch Me” and the exact same back flap and hanging hook that are used to hang toy on the rack.
The fragrance itself features the scents of mandarin, cardamom, and bergamot; and a heart of lavender, violet petals, and hawthorn. Its finish of sandal wood, vanilla, mountain tree moss and acacia give the woodsy notes reminiscent of the bear’s forest home.

TOY is undeniably humorous, laced with wit and packed with fun, and offers as a completely innovative way to package a fragrance. Jeremy Scott’s teddy bear is definitely an unusual emblem in the world of perfumery, but works to give this unique product a universally recognizable face which is both captivating and timeless.

TOY is a limited edition fragrance that’s available in a 50ml EDT size and retails at RM349.00 at Sephora and major departmental stores in Malaysia.

Step 1: Head over to either one of the Sephora Stores on the following dates:

Step 2: Take your best or cutest photo with the Moschino TOY. 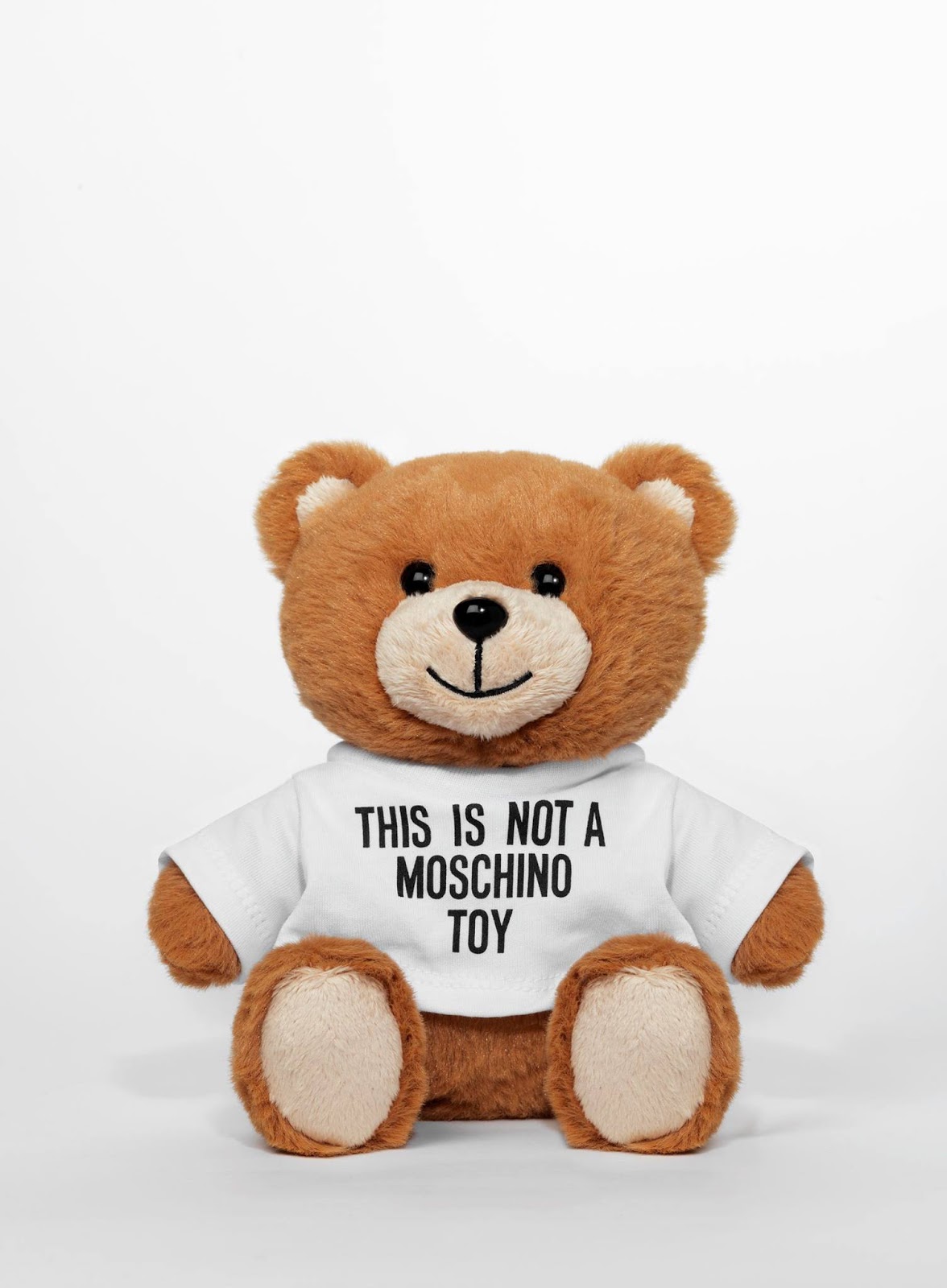