One Direction "YOU & I" Fragrance ♡ 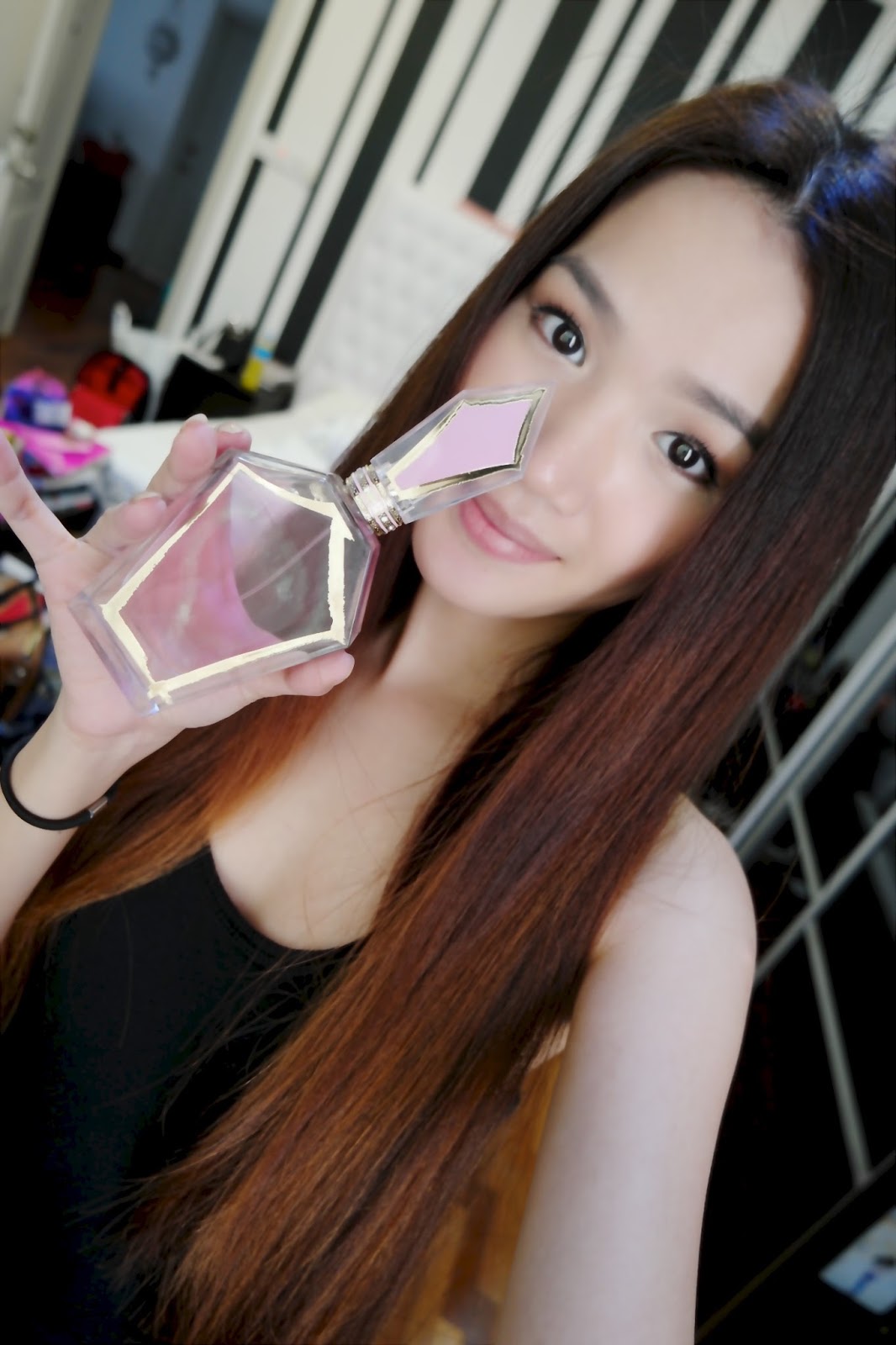 I have a really lovely treat for you! (Read till the end of the post to win some goodies!)
If you're a huge One Direction fan, I am pretty sure you've heard of their new fragrance. And boy do that bottle looks so gorgeous! The scent is flirty, fun and young! It all just goes together doesn't it? 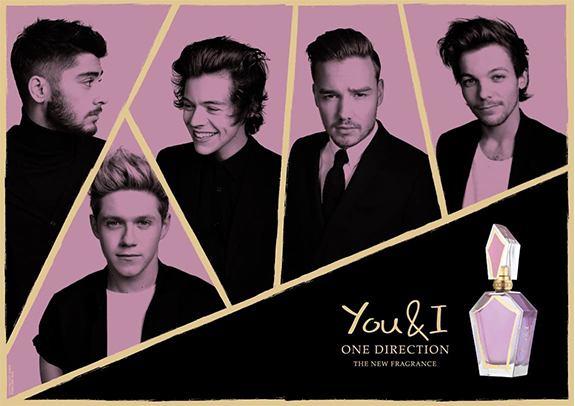 Mention One Direction and any girl below 30 would probably know the English-Irish pop boy band from the UK, comprising of Niall Horan, Liam Payne, Harry Styles and Louis Tomlinson. Zayn Malik was a member until he announced his departure from the band on 25 March 2015. 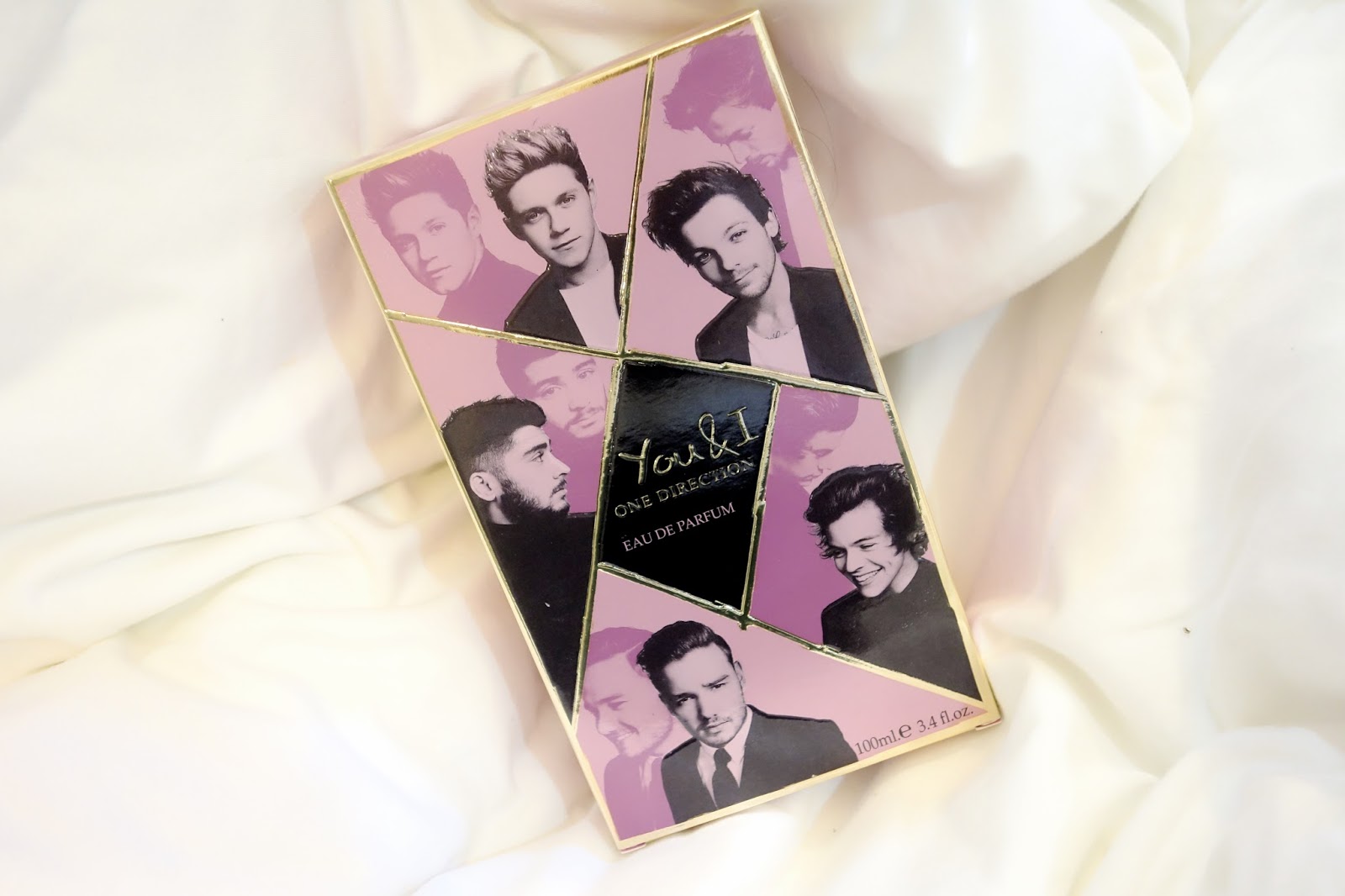 One Direction is signed under Simon Cowell's record label after finishing third in the British televised singing competition The X Factor in 2010. The band has four albums to date - Up All Night (2011), Take Me Home (2012), Midnight Memories (2013) and Four (2014), which have set new records, and topped charts in most major markets, and generated hit singles including "What Makes You Beautiful", "Live While We're Young", "Story of My Life" and "Steal My Girl".
One Direction has won five Brit Awards, four MTV Video Music Awards, eleven MTV Europe Music Awards, and nineteen Teen Choice Awards.

Following their musical success, One Direction have come up with a line of fragrances, and launched their newest fragrance “YOU & I” on 5 August 2014 in New York. YOU & I is the third in the band’s line of fragrances, following “That Moment” and their debut fragrance “Our Moment”, which broke records to become the fastest selling female fragrance in 2013.

The band took a little detour from their ‘Where We Are’, World Stadium Tour, to attend the launch event where they shared about their involvement in the development of the new fragrance – from scent tests to the bottle design.

Liam Payne comments: ‘We love coming to New York, so it means a lot to us that we get to launch YOU & I here. As with Our Moment and That Moment, we worked hard creating the fragrance and making sure that YOU & I was different to anything we’ve done before. It’s not easy when you’ve got five different ideas on what smells and looks better – but I think that’s what makes the end result so special to us.’

The fragrance is named after this One Direction song. 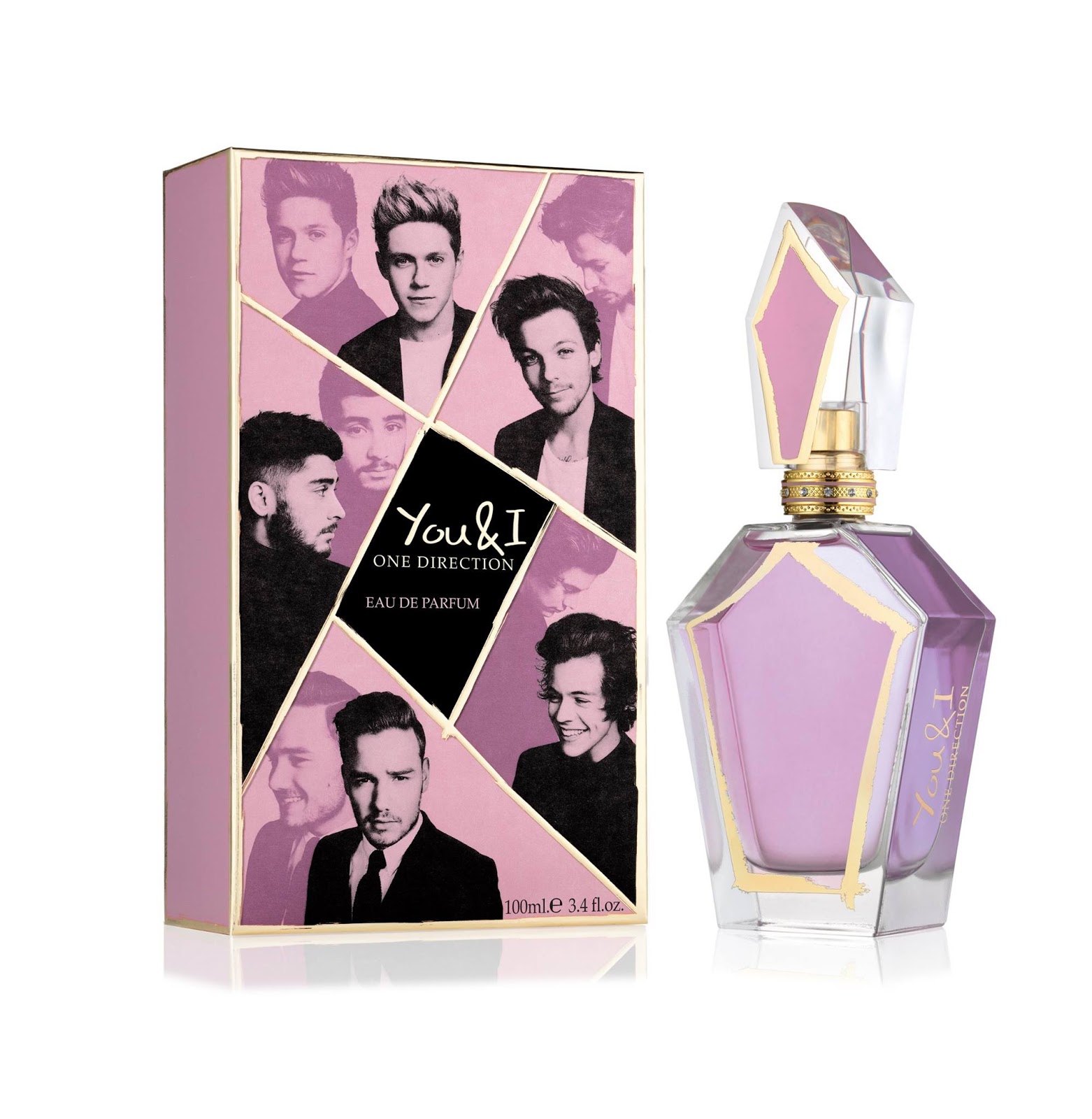 YOU & I is a bright, floral scent that is fresh and uplifting. The fragrance is made up of splashes of fresh fruit and seasonal flowers, infused with an undertone of musk. Bright splashes of mango and refreshing grapefruit are combined with a heart of creamy osmanthus, exotic orchid and soft peony that combine to form a romantic signature mirroring the peak of nature in bloom. Background notes of musk, indulgent praline and sandalwood blend to give a smooth, seamless harmony.

Richard Herpin, perfumer, commented: “The scent embodies that unique time between spring and summer when nature is in full bloom; when everything is at its peak. Juicy fruits and gourmand notes are paired with fresh florals in a way that is perfectly balanced, achieving a harmony much like the charismatic dynamic of One Direction.” 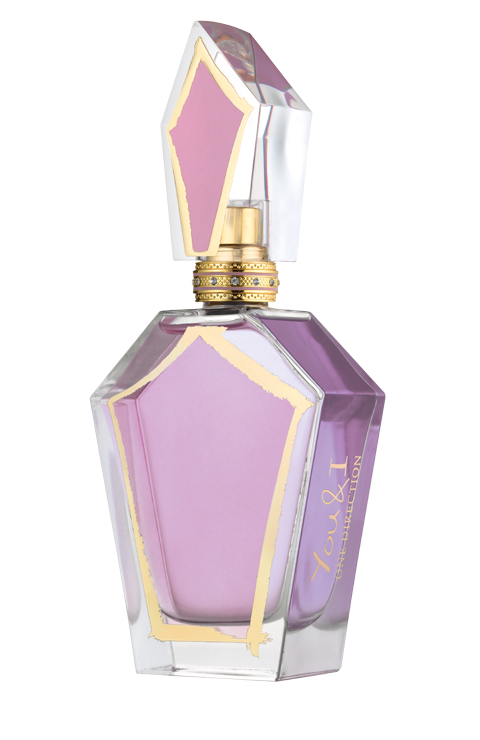 The bottle’s design consists of a very attractive angled glass bottle with a clear lilac overlay, accentuated with gold outlines, giving the impression of a bottle within a bottle. The elongated cap follows the same design and the lilac coloured fragrance is complemented with a detachable charm that you can remove and wear once you’ve finished the fragrance.

The golden charm which is meant to be a gift from the band to their fans, is lined with glittering ornaments and signed on one side with: ‘ONE DIRECTION’. The box showcases two images of each band member – a strong monochrome image contrasting against a more intimate and softer photo.

Chad Lavigne, bottle designer, commented, “After watching the guys transition over the past two years, I was slightly obsessed with finding a new balance in the next bottle design; something that had a more avant-garde voice while still holding onto the energy that the guys deliver in everything they do. The graphic illustration of the “bottle within bottle” felt incredibly unique and personal while the form of the bottle and cap felt quite precious.”

Besides the fragrance, there are also other products in the YOU & I range, including:

YOU & I is available in all leading departmental stores in Malaysia in:

Win an Autographed Fragrance by 1D

One Direction – You & I Giveaway

Step 2: Take your best or cutest photo with the One Direction – You & I.

For more info on the fragrance, head over to onedirectionfragrance.com

Can't wait to see your entries! All the best, x.