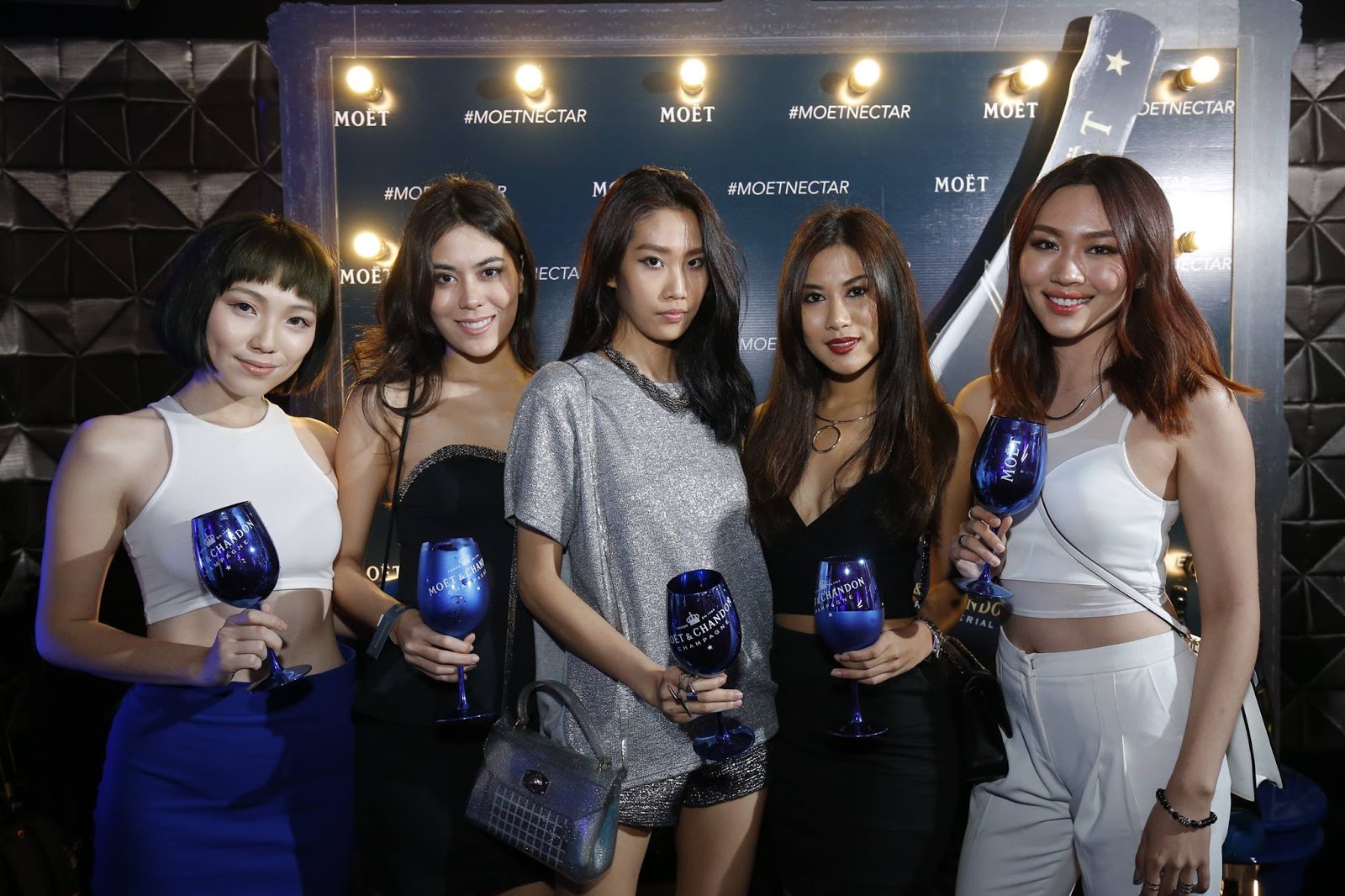 The serving ritual included the Moët Nectar Impérial being served in large blue champagne glasses with ice cubes; which according to Arnaud Mirey from Moet Hennessy, brought out the exotic flavours of the champagne.

“Moët Nectar Impérial is the boldest and most unexpected expression of Moët & Chandon style, exemplifying the House’s elegance and innovation. This daring champagne carries the expression of exoticness, richness and liveliness. We are proud to showcase a new method of consumption to champagne lovers in Malaysia” said Mr Arnaud Mirey, Regional Brand Ambassador of Moët Hennessy Asia Pacific who graced the debut of Moët Nectar Impérial. 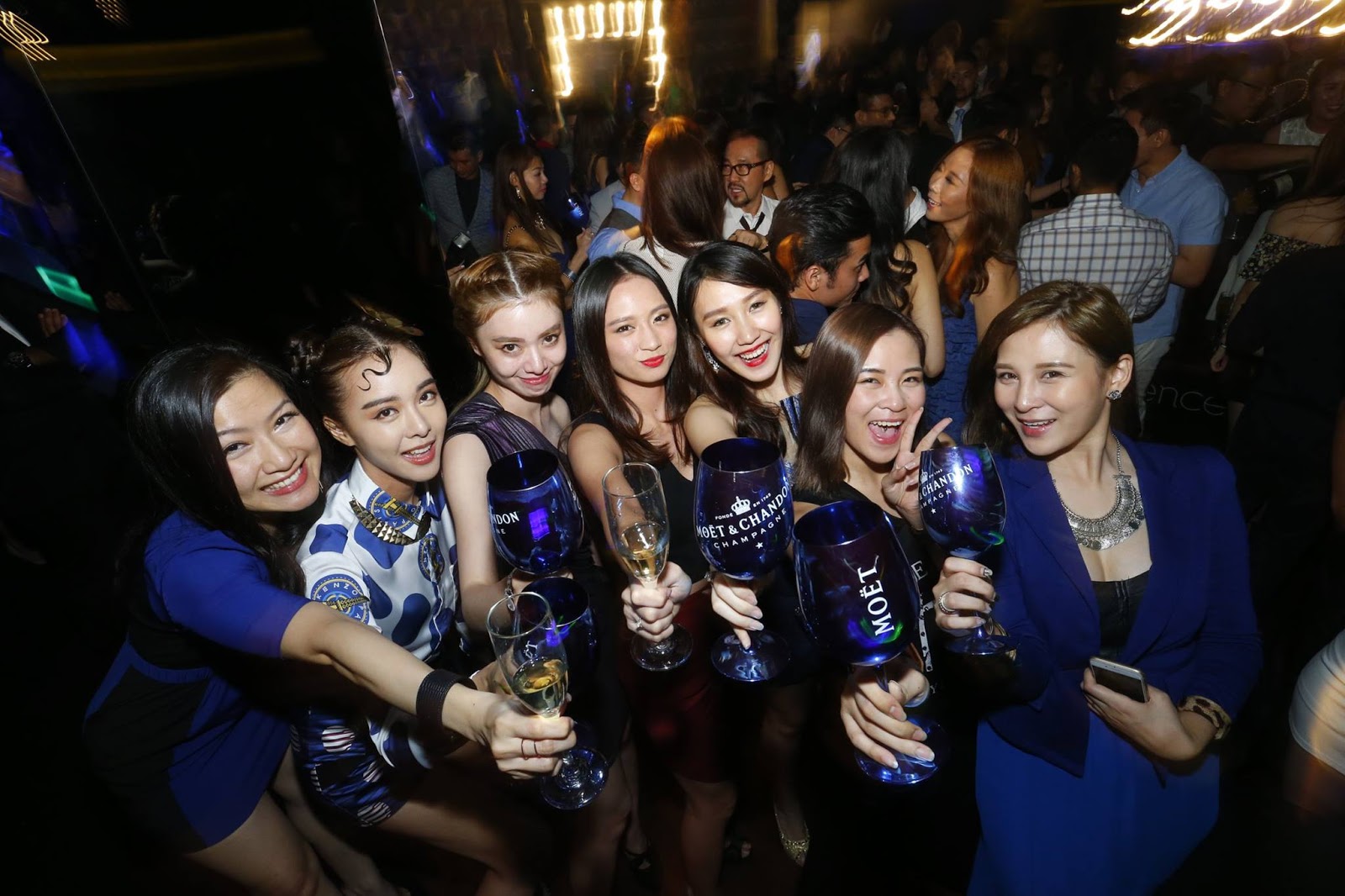 Moët Nectar Impérial is the boldest and most unexpected expression of Moët & Chandon style, exemplifying the House’s elegance and innovation. Moët Nectar Impérial’s colour is yellow, with slight variations of gold, while its aromas are generous and rich with tropical fruits such as pineapples and mangoes. There are also hints of stone fruits, such as maribelle plums and apricots, with slight hints of malt grain. On the nose, the aromas of sweet spices such as cinnamon and vanilla adds to the desire and draw of the champagne.

Nectar Impérial’s assemblage is built on the structure of Pinot Noir (40 to 50%), the flesh of Pinot Meunier (30 to 40%) and the freshness of Chardonnay (10 to 20%). The use of 20% to 30% of carefully selected reserve wines complete the assemblage and enhance its intensity, richness and consistency.

Moët Nectar Impérial is available in 75cl in selected premium clubs and retail outlets across Malaysia.

For further information, head over to www.moet.com or www.mhdm.com.my or Moet Malaysia's Facebook page: www.facebook.com/MOETMY 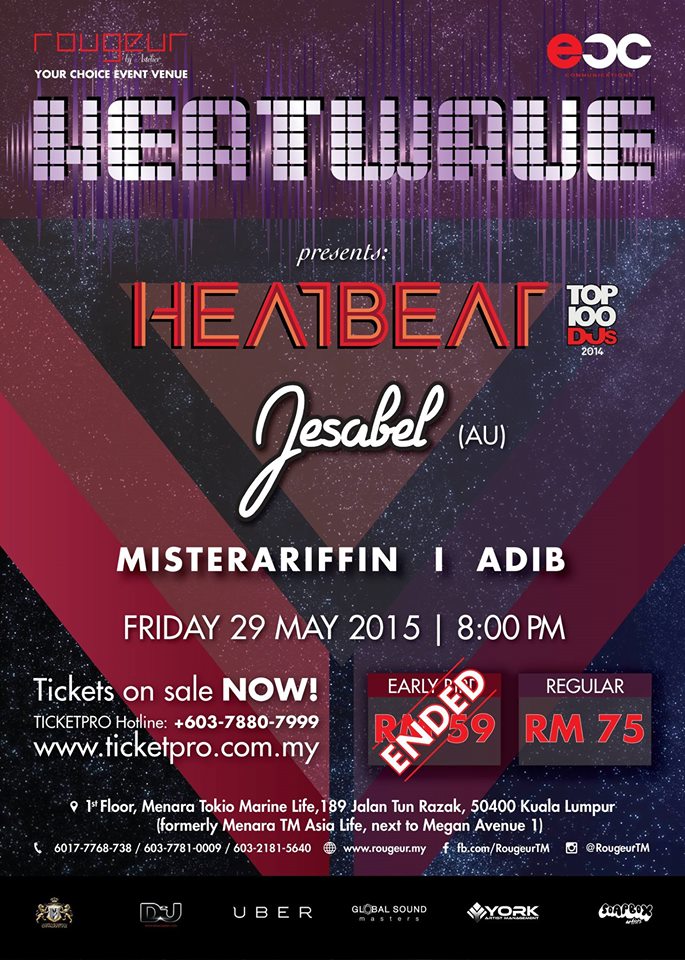 Get ready to party this 29 May as Heatwave hits Rougeur in Kuala Lumpur featuring headliner Heatbeat and Australian EDM queen Jesabel.

Headliner Heatbeat is an Argentinean duo known for their their cutting edge, futuristic sound which fuses multiple genres together to create a smashing new beat. In 2012, thanks to chart-topping hits including 'Boom', 'Game Over', 'Extra Bacon', 'Rocker Monster' and 'Roses Never Cry', the duo made their debut entry into DJ Mag's Top 100 DJs at position 81. They've also been invited to remix and collaborate with major club scene leaders such as Armin Van Buuren, W&W, John O' Callaghan and Cosmic Gate. 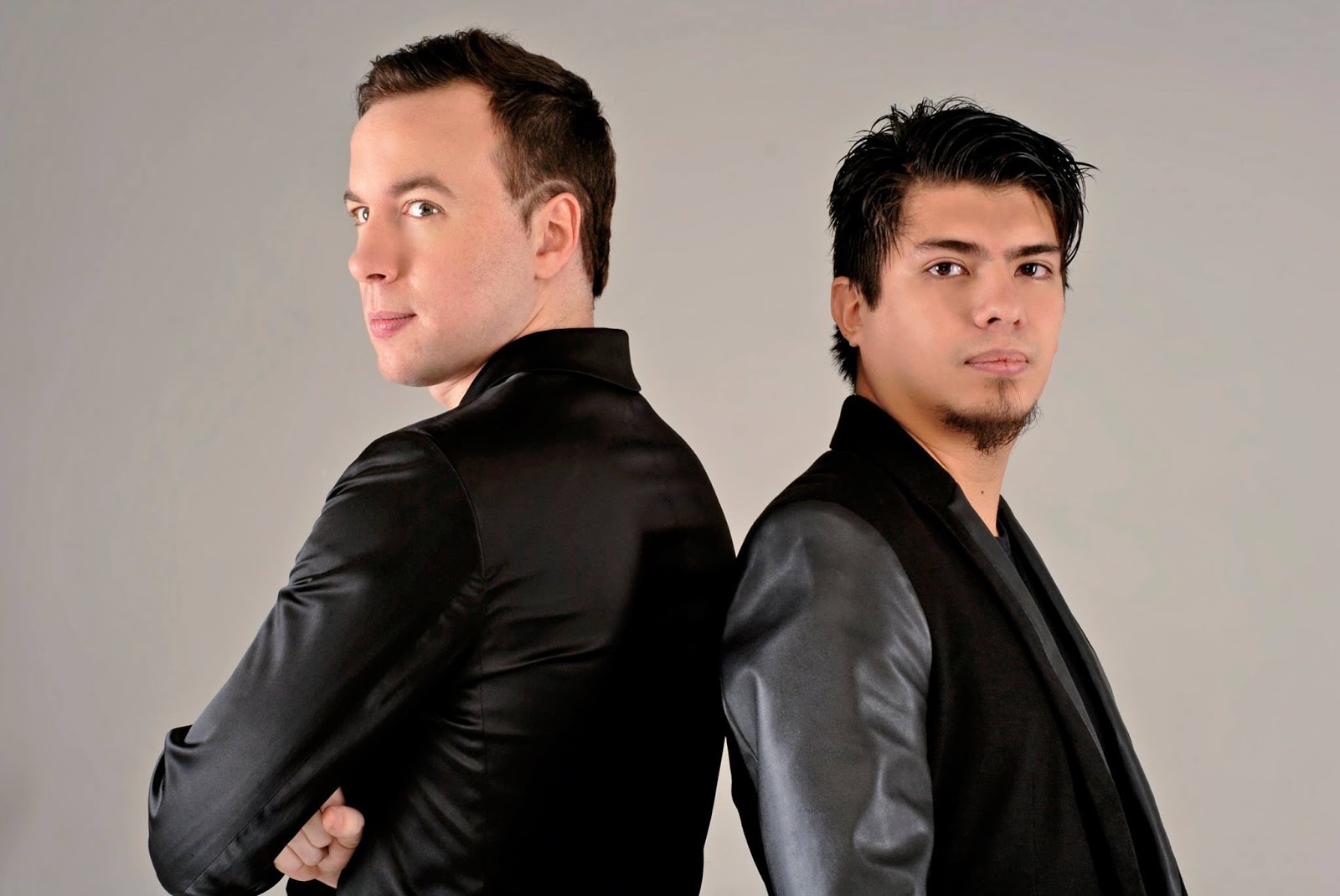 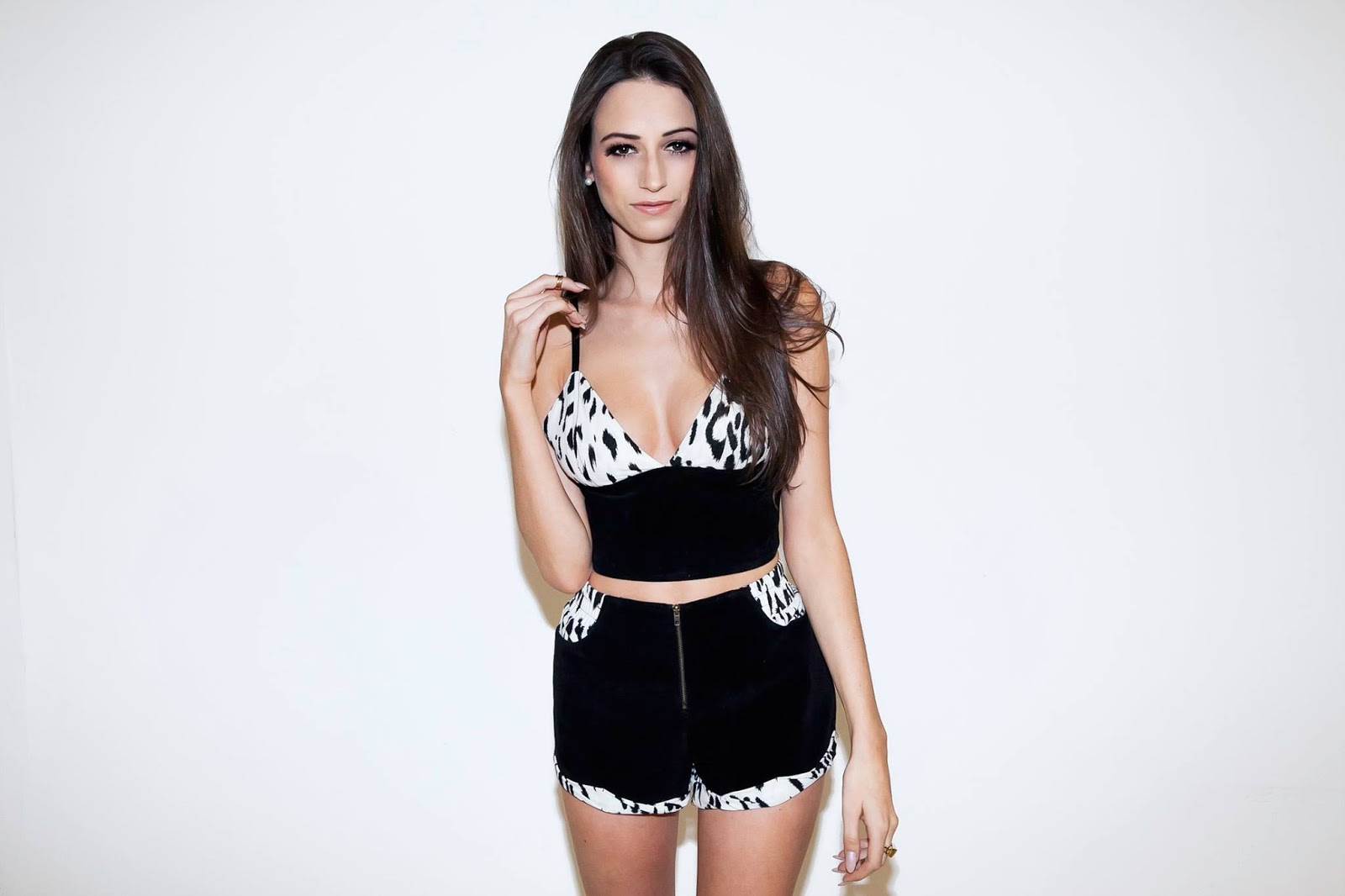 The event will also feature Australian EDM queen Jesabel with her signature electro and house beats. Having won boutique DJ competitions at Soho Fridays and GirlThing last year, Sydney-based Jesabel has been making a name for herself at DJ booths both down under and abroad. She's worked with some of Australia's top talents including Tigerlily, Uberjak'd and Will Sparks, and recently performed for a crowd of over 8,000 at Singapore's Two Queens beach festival.

Doors opens at 8:00 PM and the party begins with Malaysian DJs MisterAriffin and Adib. MisterAriffin previously played in festivals and events alongside other big names such as Paul van Dyk and Guiseppe Ottaviani. He has also played at every MC Asia event, warming up for Dash Berlin, Richard Durand, Jerome Isma-ae and during last New Year's Eve, he shared the decks with Andrew Rayel, KhoMha and Marlo. DJ Adib is a self-taught spinner who plays numerous styles from House to Techno to Progressive House, and played at many notable clubs in Kuala Lumpur. His other exploits include hosting the Safari Bar at the Future Music Festival Asia 2014 and opening for DJ Tenishia at Hugo's Lounge in 2013.

Tickets for the Heatwave event include 1 complimentary beverage and are priced at RM75.00 inclusive of GST.

For further details, call Ticketpro at +603–7780 7999 or www.ticketpro.com.my, www.facebook.com/RougeurTM, or visit any of the Ticketpro outlets for more information.
Email Post