So it's my second time to Seoul Korea this year and I am back for Summer!
I have been blessed that by June I have already experience all the four seasons. From Autumn in Melb, Spring and Summer in Seoul and Winter in Perth.

I was stoked for this trip as it took so much planning and stressing as when it was almost time to head there, there was the outbreak of the Middle East Respiratory Syndrome.

So many ended up cancelling their flights, hotels and tickets. And it seemed pretty serious as the hotels I booked mostly all allowed refunds when they normally wouldn't.
However, we stuck to our decision and made sure we had all the right supplements and preps we need. We also had people there updating us constantly of the outbreak just incase it got worse and we decide to cancel our trip. 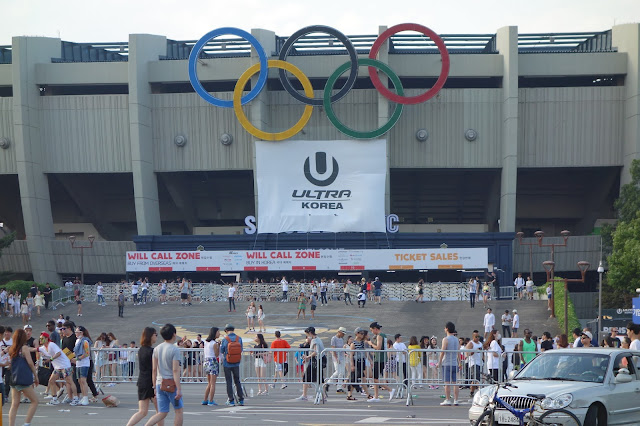 However, things got better and once we were there we could see how the Korean government differs from ours. They were very thorough with everything, and shops in the city were handing out face masks to people that weren't wearing one although by then the spread has been contained.


This then brings us to Ultra Music Festival Korea Day One!
(of course I was there couple days earlier but that'll come in another post) 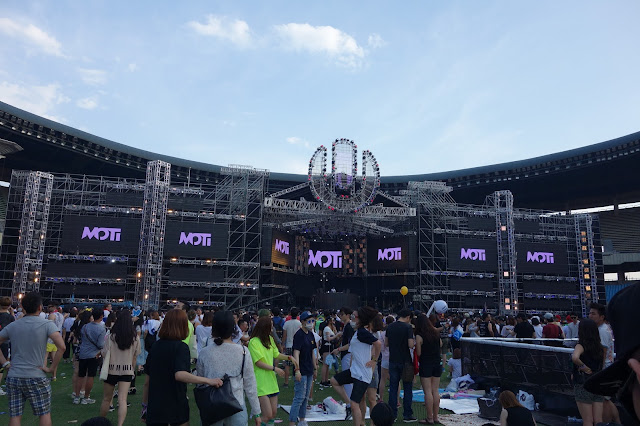 It was a bit of a bummer as two main DJs cancelled at the eleventh hour citing that they're ill or something. Was very dissappointed to see Nicky Romero still posting updates after cancelling lol. However there wasn't any from Alesso only days after so that didnt sting so much. 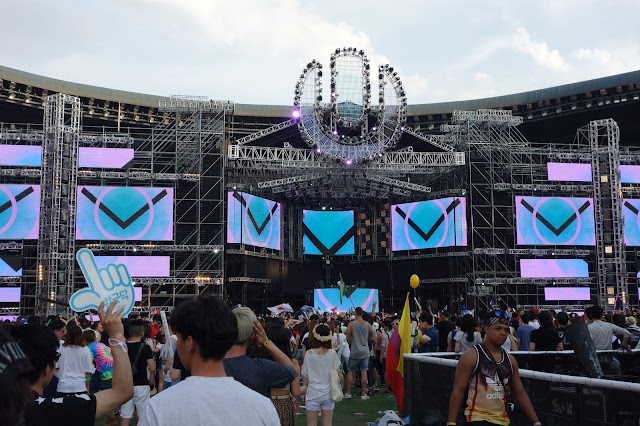 Although with said cancellations of friends and acts, the place, the event, was still packed! 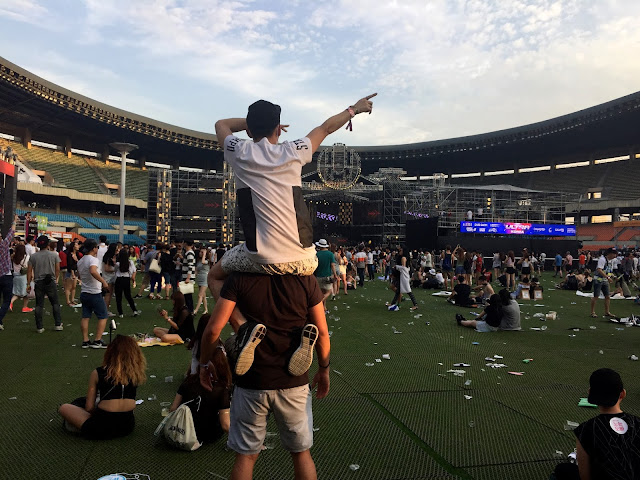 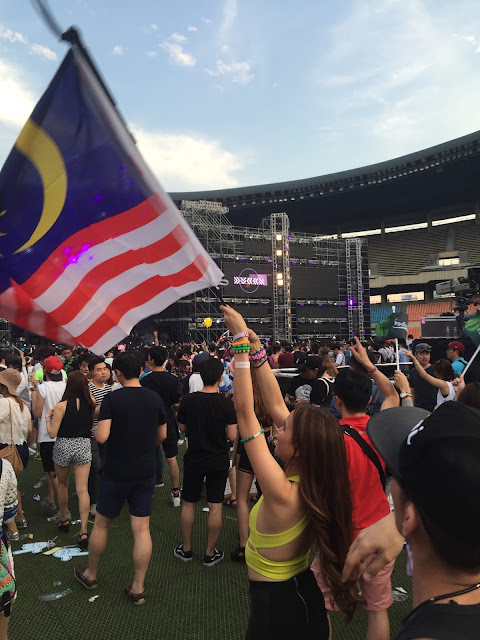 So stoked and excited, the entrance was grand and huge, the stages, the lightings, the bars, every thing was set up perfectly! 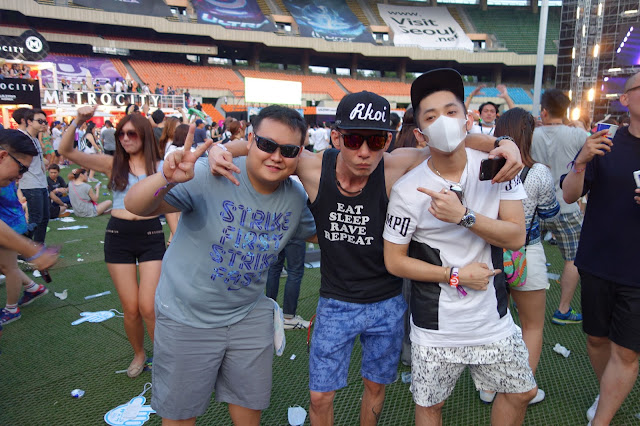 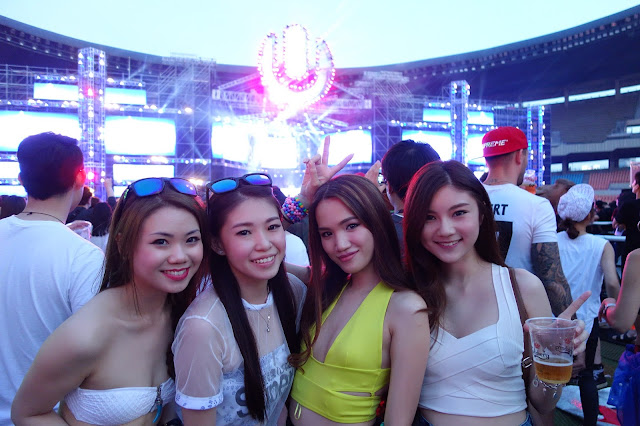 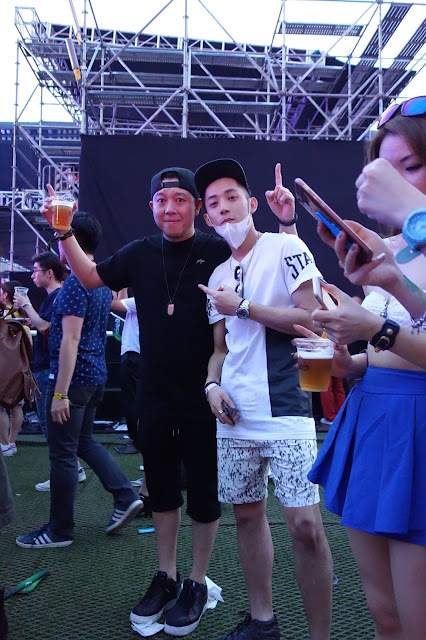 Before nightfall, we managed to catch acts like Moti and DVBBS before Skrillex came on stage later on that night. As it was summer, the sun set really late and that was great! I wasn't a bling night bat lol. 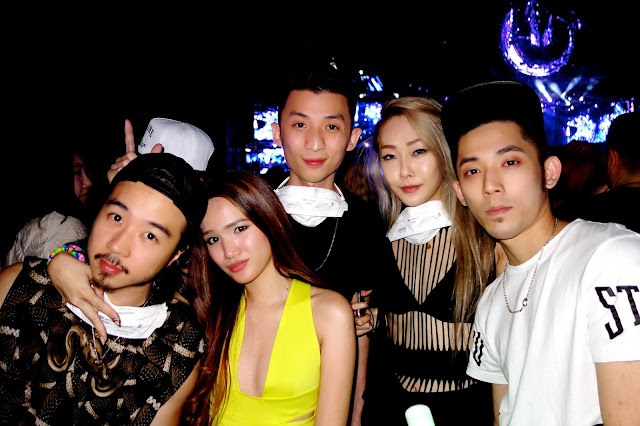 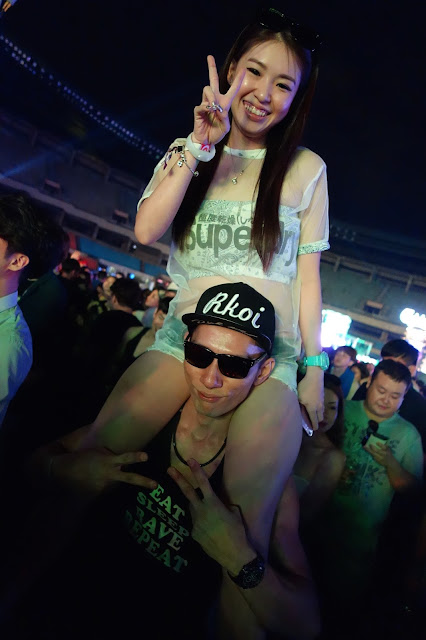 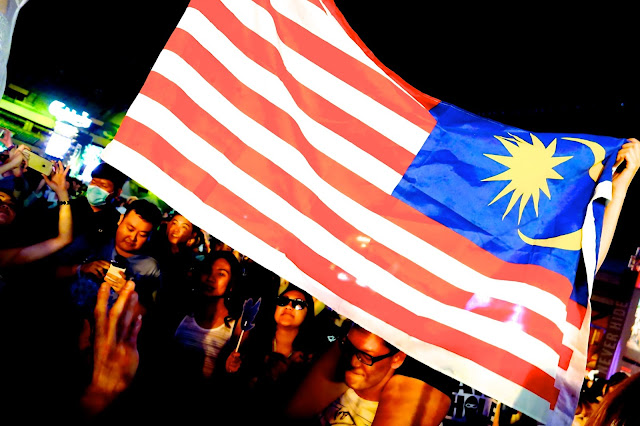 We waved our Malaysian flag high up and proud. Also signalling other Malaysians where we were.
Plus, most of the Malaysians that sticked to their decision of going was mostly our friends hahaha. 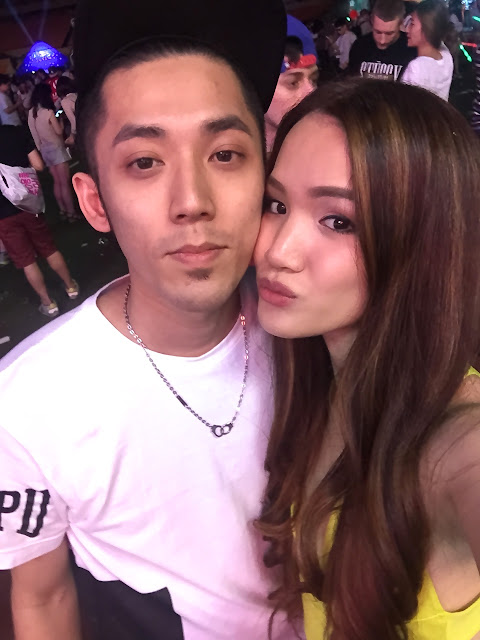 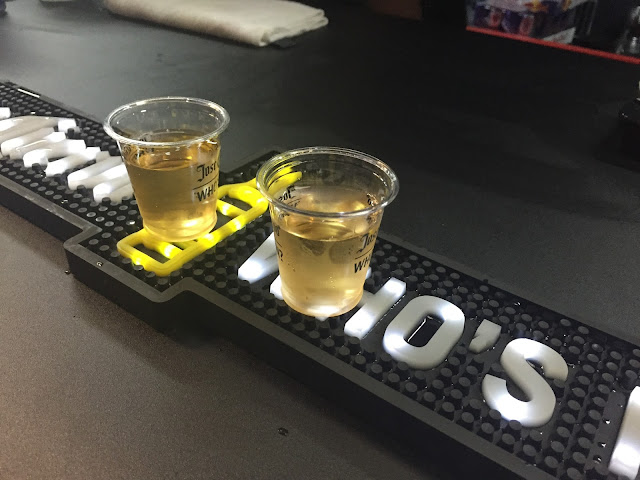 I was having tons of Jose Cuervo shots as if they didn't feel anything as I mostly avoid tequila at all costs but for some reason the ones I had at Ultra didnt burn my throat like it normally would. 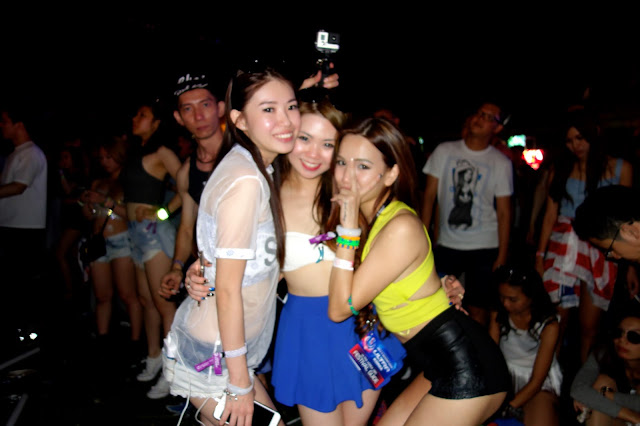 The lightings were awesome and I met so many people from different nationalities AND I even traded kandi! It was so special and fun. Honestly never had such a warm welcoming feeling raving ever. 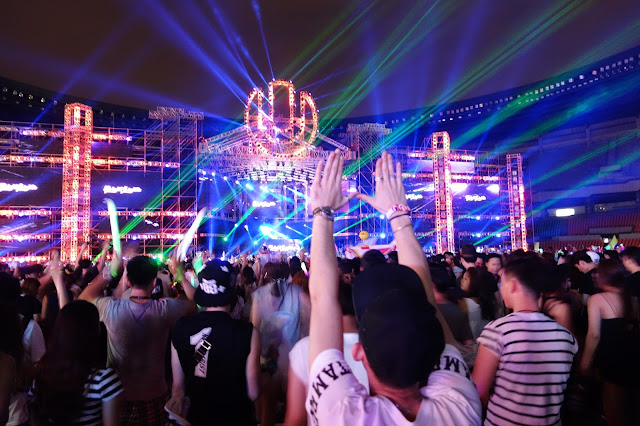 Skrillex's set was good, I was surprised. Was never a huge fan as I couldn't entertain dubstep but now it's more trap and progressive house that it's fine with me. He dropped a lot of hits from Jack U so I guess it was all good haha. 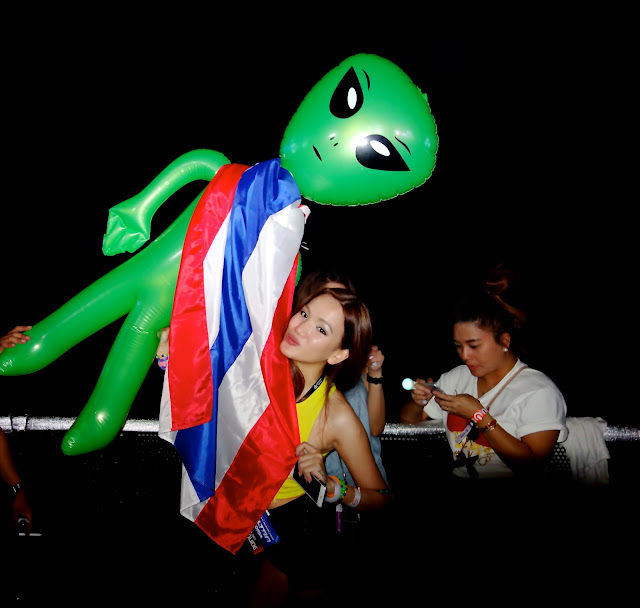 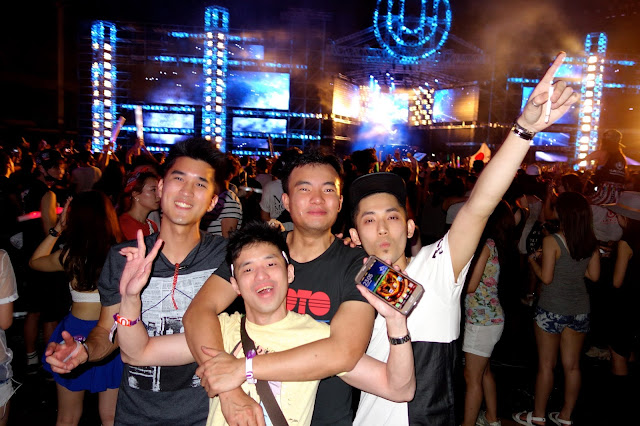 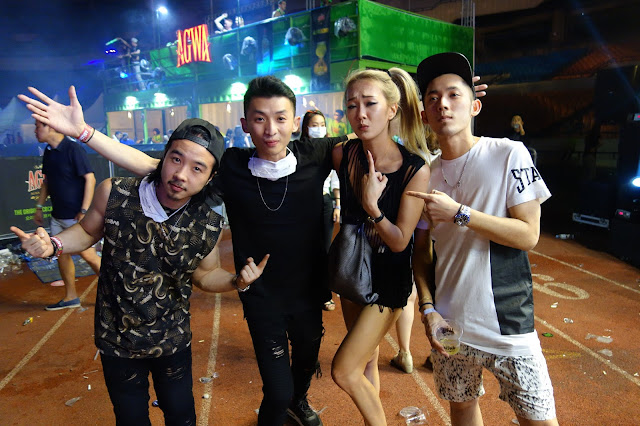 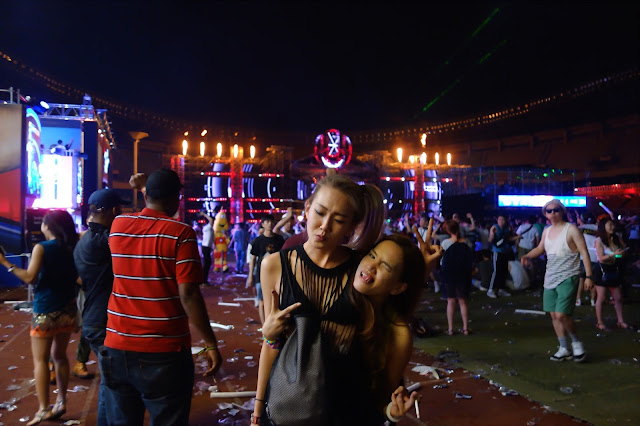 We had so much fun and the night ended with Hardwell, who surprisingly played at least two to three Calvin Harris songs hahaha. 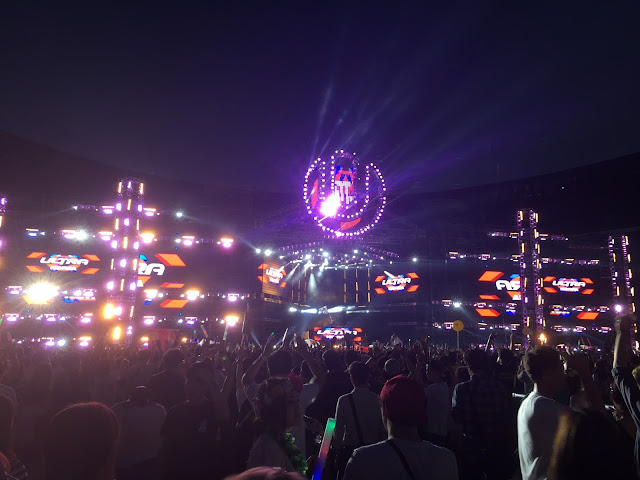 We then ended up at Octagon again (second night in a row) but much more fun this time as everyone was already in the mood to party. 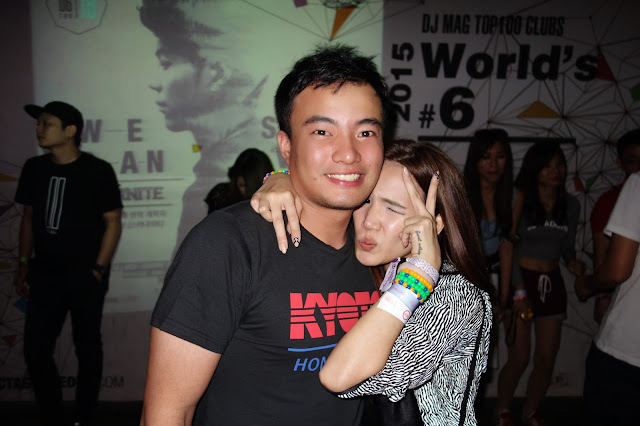 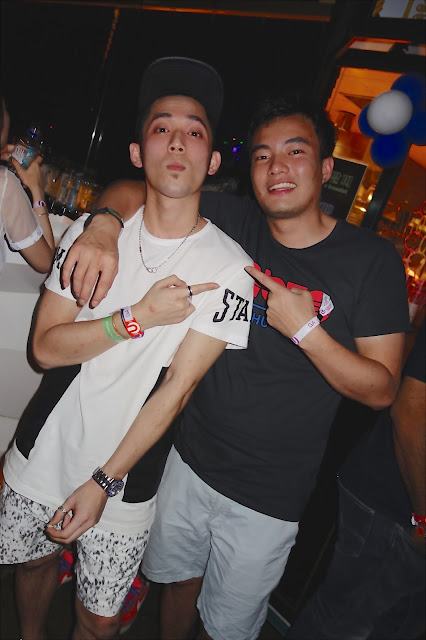 It was a tiring but fun day and night out and we had supper back at the hotel all prepped for day two.. or not hahah.