Did a quick last minute trip to the land down under in a city called Perth just to meet up with the baby sis. She decided to spend her winter in Australia and not head back for the semester break and since I was missing her I thought, why not? 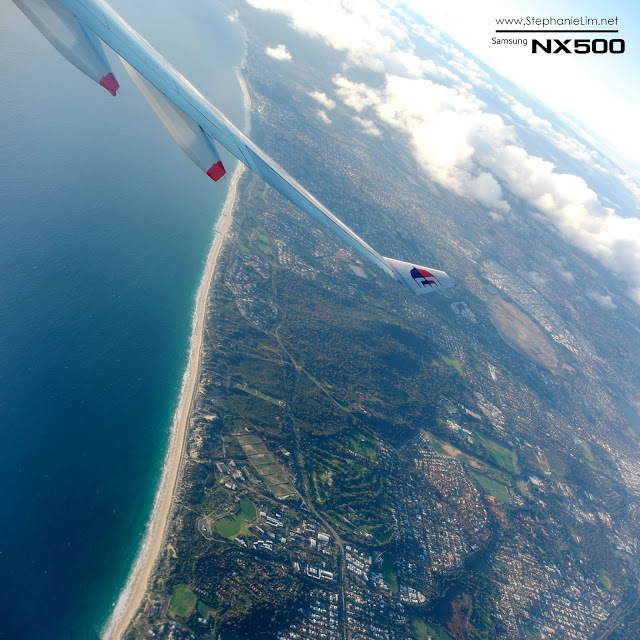 We landed in the morning as we took the night flight and I woke up to a beautiful view out my window. It was a beautiful Thursday afternoon and Erin was already waiting for us at the hotel lobby. 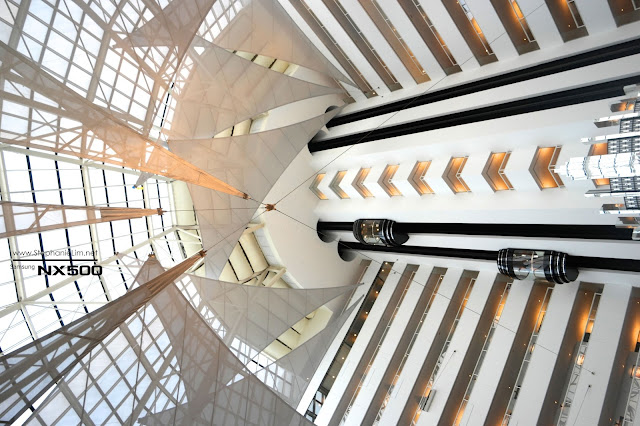 We stayed at Crown Metropol which was used to be called Intercontinental and before that Burswood Hotel. Way back when I was still in highschool. We has many memories here as we use to come here for our winter holidays! 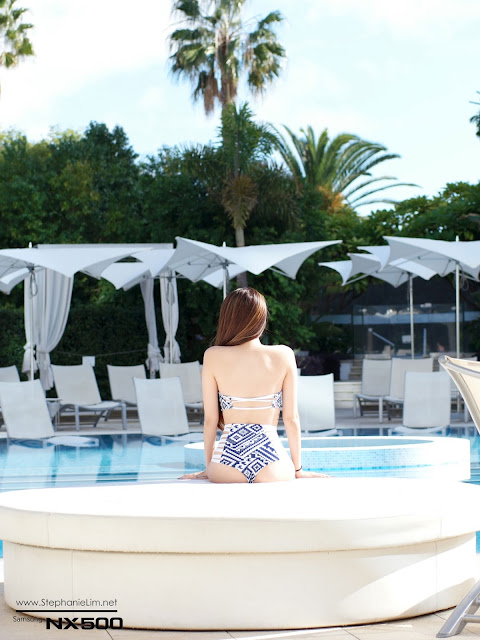 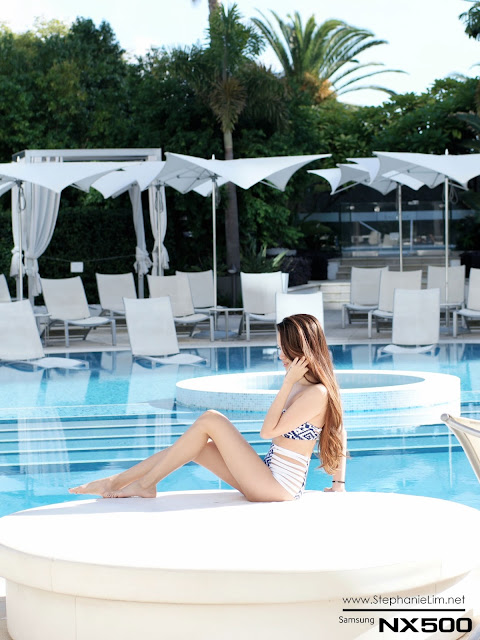 After checking in we took a short nap as I was still tired as the flight was only 5 hours and that covered the minimal sleep I had. Then we headed down to the pool for some rest and relax time. They have definitely upgraded and renovated most of it as there was a whirl pool last time and now it is more of a cabana chilling spot. Either way it look so pretty! 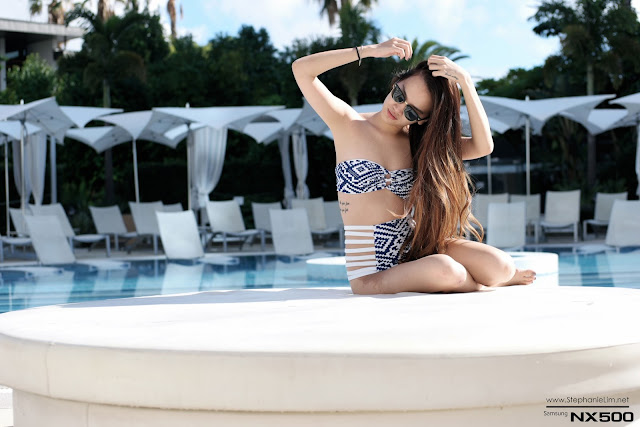 Although it was winter I did try to soak up some sun before heading into the indoor pool for a swim.
We had lunch in the hotel and just did some gambling at the casino, catching up and etc. on day one.

We ended up in Merrywell for drinks later at night for more catching up. It's always so lovely to be around family and what more so my sis. I love how we're close enough to share everything from clothes to stories and hobbies!

I called it a night early due to the lack of sleep and woke up to another gorgeous day.
We headed off to Fremantle for some late lunch as I really took this chilling laid back thing to another level as all my trips this year were pretty hectic and we got there just in time before our tummy started grumbling. 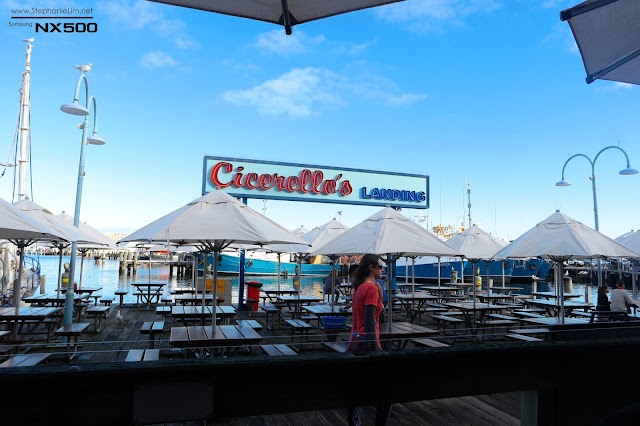 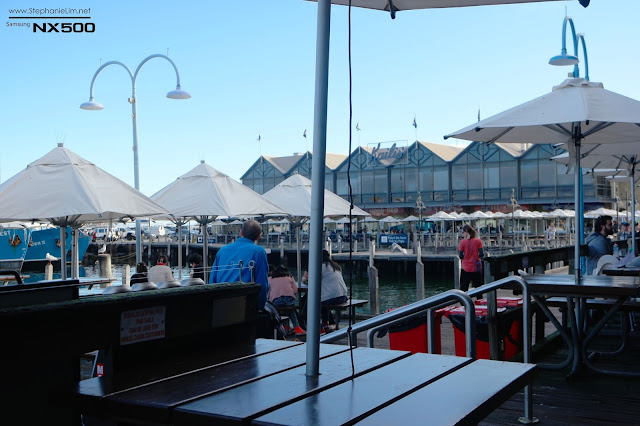 Fish and chips by the pier accompanied with some beers is always a great idea.
I do love basking in the sunlight as much as I can! We don't get to do that much back in Kuala Lumpur. 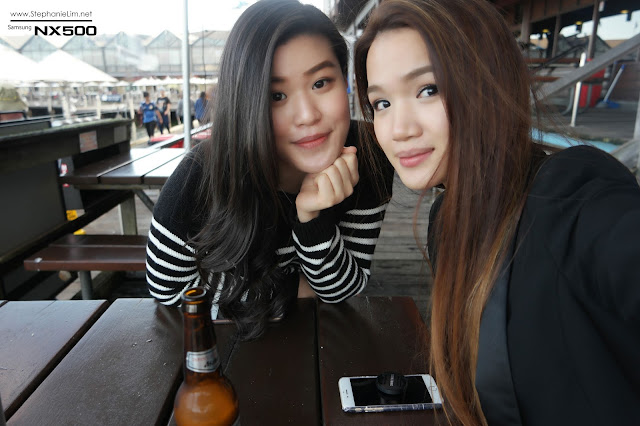 Of course throughout lunch more laughters ensued and tons of selfies as it is so easy to selfie nowadays with my new SamsungNX500 with its tilt up screen! Love how clear the selfies are that it's possible to catch some view of the background and the soft skin effect we get from it. No editing needed haha! 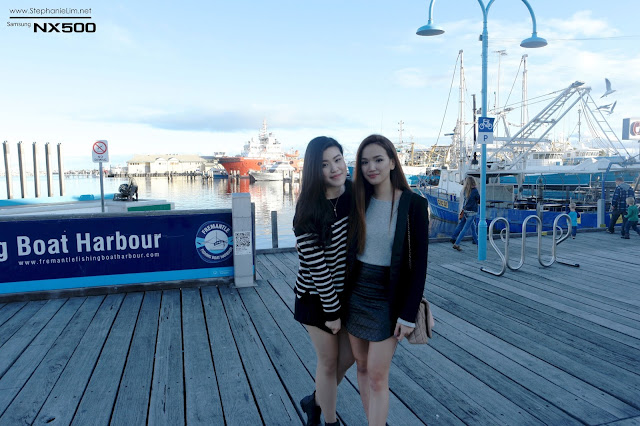 Then we took a stroll along the pier till we got to the Little Creatures Brewery .
We had a tasting platter there and got to try many different types of beer. From stout to lights and ending it with ciders. Erin was pretty tipsy after! 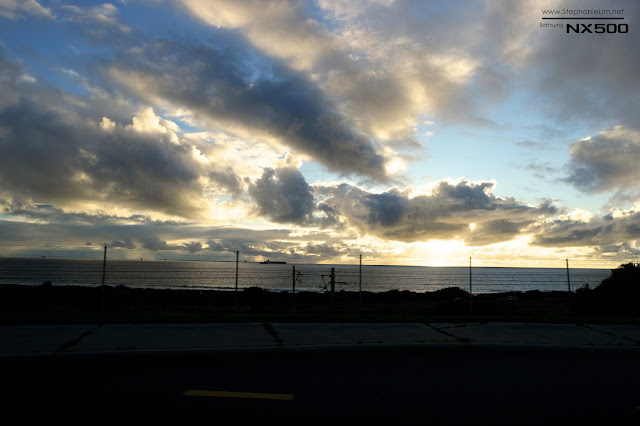 Left Fremantle as the sun was setting (it sets pretty early during winter) and got to catch a beautiful sunset across the horizon. It was so peaceful and serene, Perth is definitely quieter compared to other major cities in Australia.

We then headed to Kings Park just for the scenery.
I remember coming here when I was younger so I wanted to check it out again as I've not been to Perth for almost seven years! 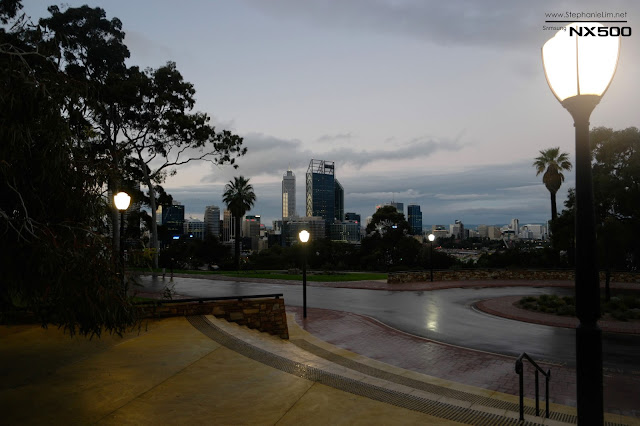 It was a lovely day out, we did so much but I still felt so relax and calm.
Plus all the smiles and laughters just made it more lovely! Somehow only whenever I am in Australia I feel very at ease, I don't have much to worry about or plan for and just go with the flow. Maybe all those times spent here when I was a kid has impacted my life style, habits and so on.

We then headed back to Crown right after for dinner. 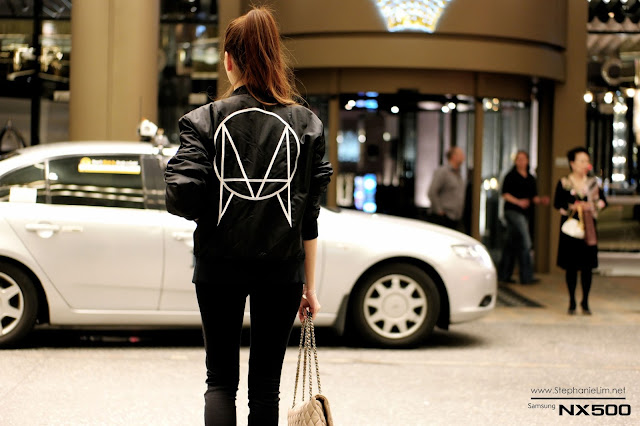 We started off our night with some appetizers and drinks at Nobu.
The irony of me having Nobu both in Perth and Melbourne a couple of times or more but I've not even tried it in Kuala Lumpur. Maybe cause I didn't bother getting stuck in traffic back home or just trying to avoid getting let down.

Anyhoos, we headed there before six so dinner service haven't started hence, no food is being served yet. We ordered some cocktails with unique and weird ingredients just to tickle our taste buds while waiting for time to pass and got into some girly chit chat with mumsy. 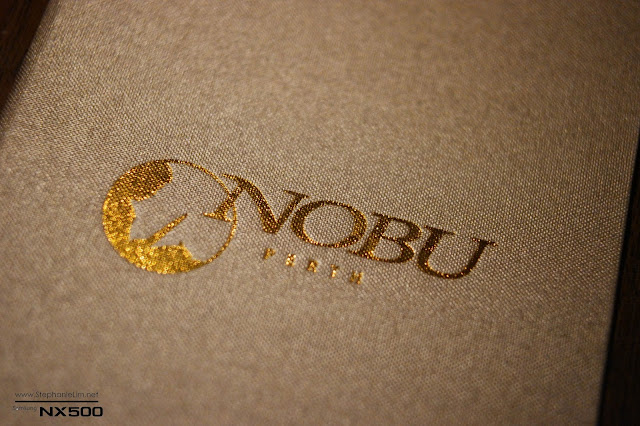 Since mumsy haven't tried Nobu I insisted she should try some of my favourite dishes!
However thinking about it now, I've got no idea why I did not order the black miso cod for her *face palm*. 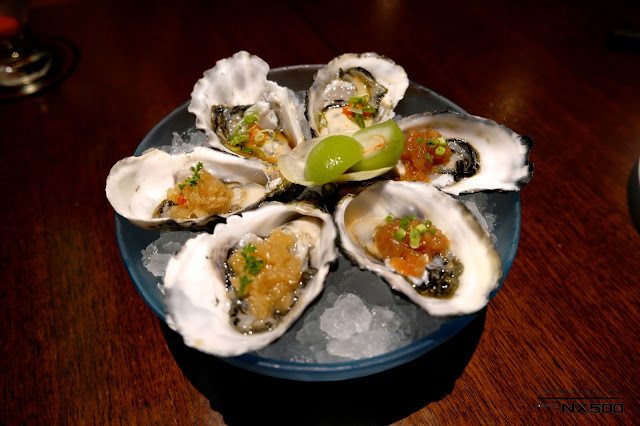 The Trio Oysters that I ever so love but some how I think the Melbourne one tasted better as in the sauce wise and also the oysters.

Then we hd the New Style Sashimi. 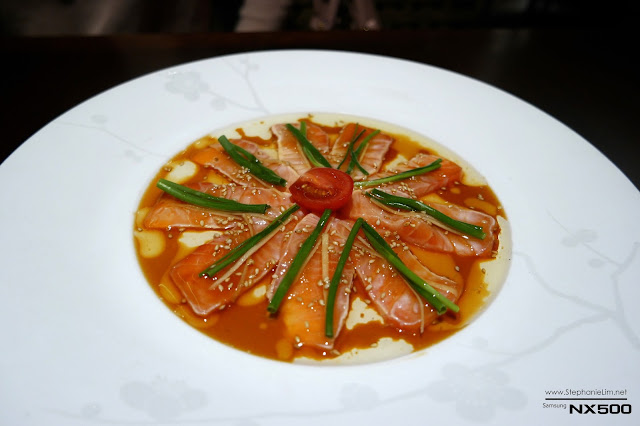 I opt for salmon as I was craving for some Salmon. Hey for some reason I've been eating a lot of salmon recently! Been grilling salmon everyday for lunch haha. Anyways I love their sashimi mainly cause of their sauce! No need of dipping in soy or wasabi, its good as it is and oh so yummy.


And to end our 'tasting' menu, Erin insisted on ordering the dessert. For some reason I've never bothered with desserts whenever I was in Nobu. Maybe because I always end up filled to the brim when the time comes and had no space in my tummy for them haha. 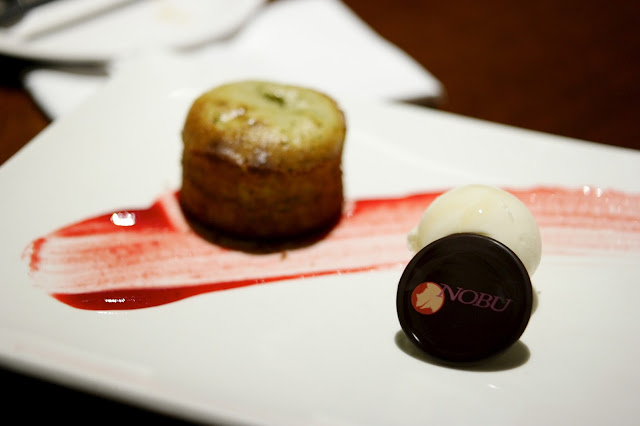 We then headed to Rockpool for a yummy dinner of steaks, pasta, more oysters and wine!
You can check that out on my Instagram : www.instagram.com/stephiielim

Before ending up at the casino again and drinks at Merrywell! Haha. There's honestly a few other happening bars in Crown but I didn't bother as the vibe at Merrywell on a Friday was madd. There's even a nightclub in Crown called Eve! Didn't get to check it out as I wasn't in a clubbing mood this weekend with Cosmic Gate happening on Sunday.

We spend the next day heading out to town for some shopping and exploring. The weather wasn't so kind to us that day as we ended up running under the rain after a good bowl of Phö. Nevertheless it was all good fun drying off at the ladies. It was so hilarious bending over and drying my hair over the hand dryer haha. Problems with long hair! 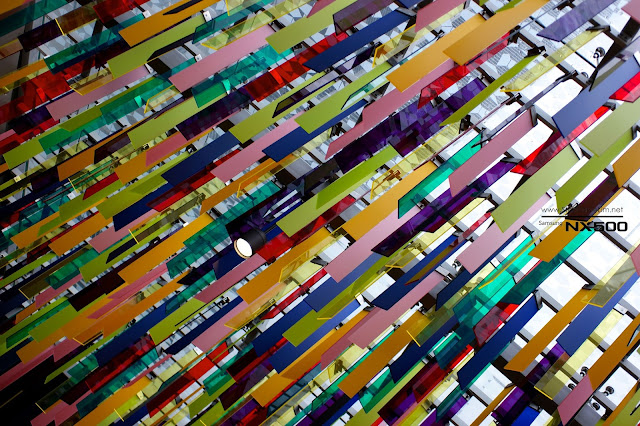 We ended up at this really quirky artsy mall called the 140 and was amazed my the beautiful deco and art all around. There was even artwork on the walls that you can take home. 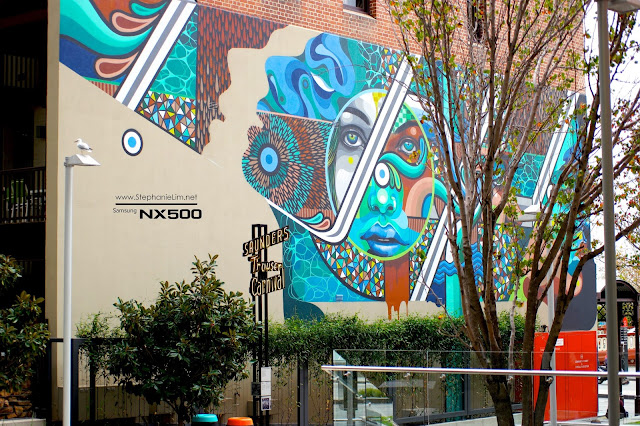 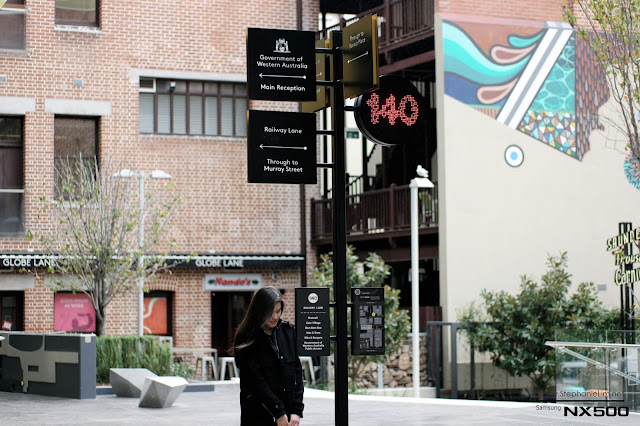 I didn't buy anything as, well I wasn't really in the mood.
Spotted a pair of full black Nike Air Max and I am regretting it so much now that I didn't get it!
I can't find my sizes in the color I want here it is such a pain argh.

All pictures taken with Samsung NX500, such a portable camera that produces amazing stunning pictures. Now I dont have to bring multiple cameras on my trip as this one takes all the shots for me, from my food pics, low light pics, OOTDs and even selfies! Ah, now my handbag is so much lighter and I only have to bring two cables along. One to charge my camera and one for my phone.