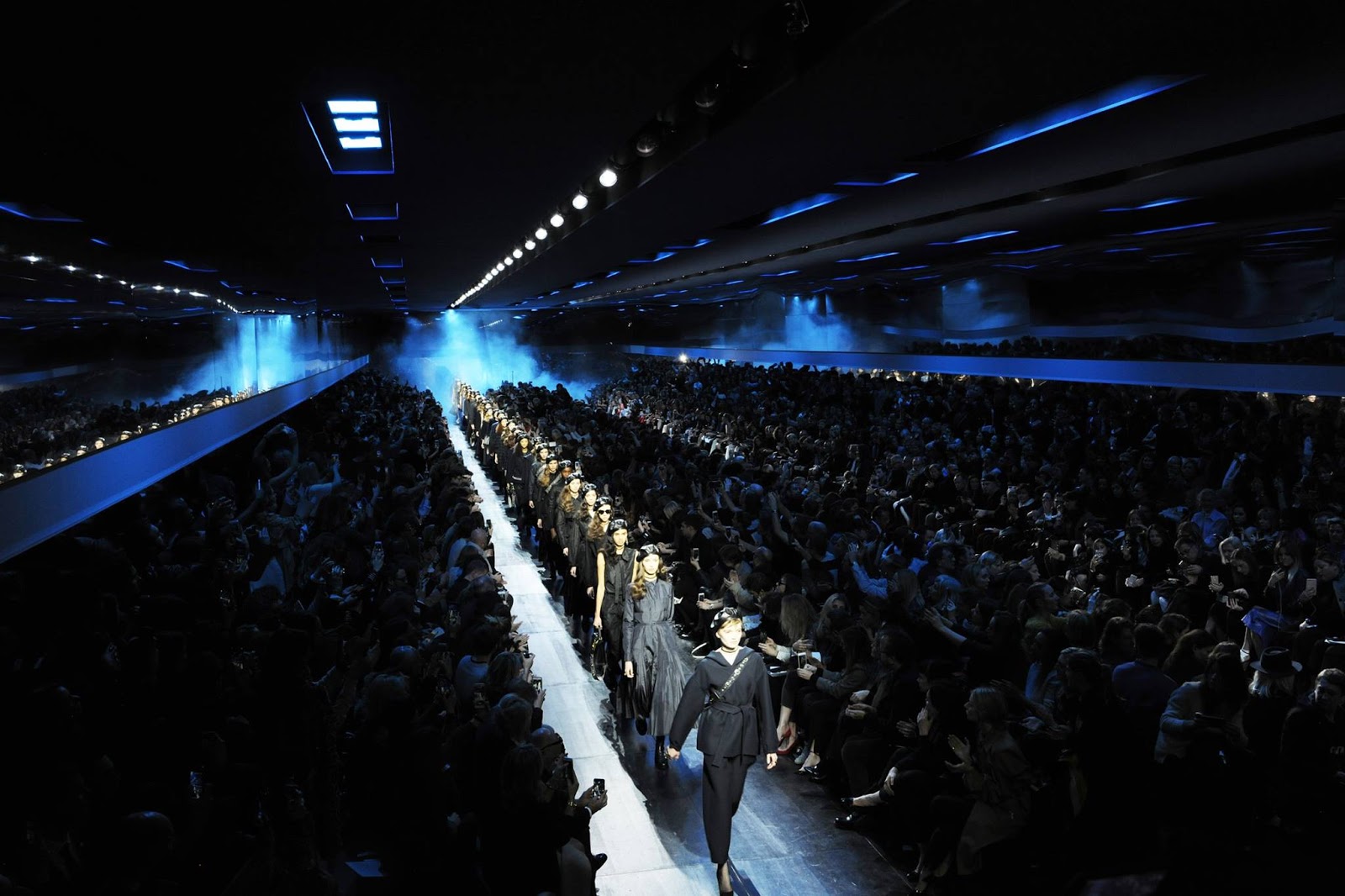 [Luxury Fashion]
The house of Dior unveiled their Ready to Wear Autumn Winter 2017/18 collection in a glitzy fashion show on 3 March 2017 at the Rodin Museum, Paris.
“Among all the colours, navy blue is the only one which can ever compete with black, it has all the same qualities,” wrote Christian Dior in The Little Dictionary of Fashion.
Maria Grazia Chiuri, Artistic Director of the Dior women’s collections, designed her ready-to-wear Autumn-Winter 2017-2018 collection utilising a colour that was among Monsieur Dior’s great favourites. Maria Grazia Chiuri immersed herself in the complexity of this colour, with the complicity of blues music and its great interpreters, such as Nina Simone and her Blue Prelude, a nod to the femininity of a colour that unites the ocean depths with the infinity of the celestial vault.
The colour blue has a long history and is known to have been used for art and decoration since ancient times. The semi-precious stone lapis lazuli, sourced from mines in Afghanistan, was used in ancient Egypt for jewelry and ornament and later, in The Renaissance, to make the pigment ultramarine, the most expensive of all pigments.
In the Middle Ages, cobalt blue was used to colour the stained glass windows of cathedrals. Over in the East, Chinese artists used cobalt to make fine blue and white porcelain from the 9th century. Blue dyes for clothing were made from woad in Europe and indigo in Asia and Africa.
Blue is widely used in twentieth-century paintings, having brought depth and emotion to the work of artists such as Pablo Picasso, Joan Miró, Paul Cézanne and Marc Chagall.
Blue, the colour symbol of power, beauty and spirituality, is employed in fashion for outfits for both genders and to express differences. It is positioned between nature and culture, as the colour of the spirit, of contact with the infinite, in us and beyond. It initiates a link to the mystery of the moon, the comets and planets that explode on evening dresses of opulent velvet or on dégradé tulle that blends into the blue-gray of embroidered lily flowers. Blue fascinates through its emotional resonance, but also its social quality. It encapsulates a real cross-section in terms of gender, age and social class.
On the flipside of being the symbol of holy virgins and kings, blue is also the colour of workwear as well as military and police uniforms. Blue in loose pants, blouses and washed shirts, which give a new identity to Dior’s colour story.
The collection is a sequence of pieces that reconnect emotions, feelings and memories. Inspired by the ample hood, borrowed from the tunics of pastors, Maria Grazia Chiuri reinterprets the idea of the Chevrier look from the Haute Couture AutumnWinter 1949 collection in a series of jackets, skirts, dresses, capes, coats and small bomber jackets, revisiting the extravagance of the original hood through a more contemporary and sporty attitude, and the transgressive use of materials: taffeta, velvet, herringbone motifs, knit.

Malaysia’s own celebrity and socialite Marion Caunter was in Paris for the show.


For more info, head over to http://www.dior.com/