I've been to a few places in Philippines and I would say Boracay is one of my fave.
Albeit it is a pain to get there if you're flying with Air Asia as the transit from the airport to the jetty and jetty to the island is a couple of hours, after 4 hours flying from Kuala Lumpur. 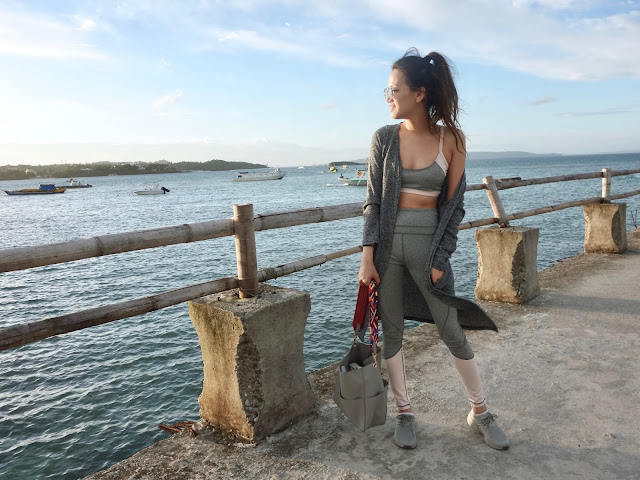 But boy was it so worth it, the sun was setting as we arrived the jetty where you may purchase your choice of boat rides to the island. 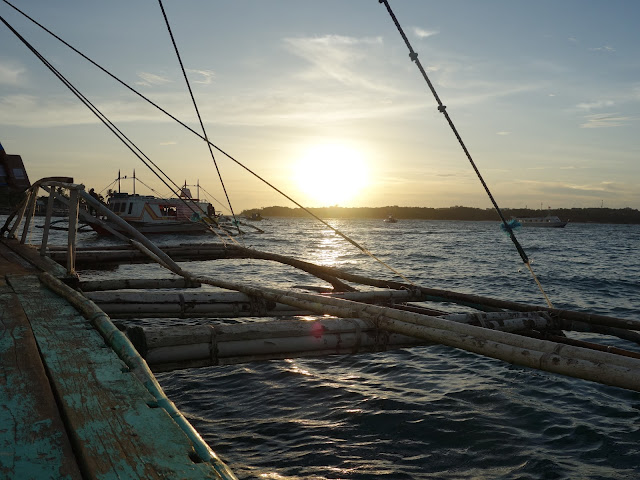 After reaching the island you'll spot tons of small automobiles that'll transport you to your hotel - of course it's chargeable but nothing too crazy. 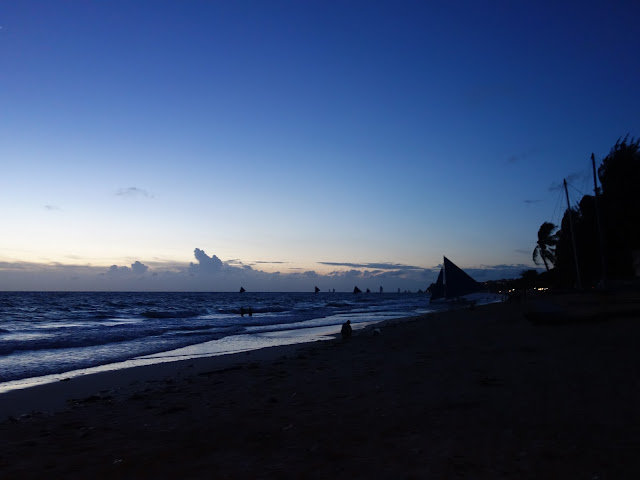 We arrived at our hotel around 7pm, the sun has set and the weather was cool and a bit chilly. However the view was still amazing! We stayed at Station Three for the first two nights. To be honest, I don't find any difference of the sand or the beach for each station. It's just different types of accommodation and activities.

Station One is filled with bigger hotels and it's more family oriented while Station Two has all the restaurants, mall, bars and so on. Station Three felt relatively new for me as I do see construction of new upcoming hotels. 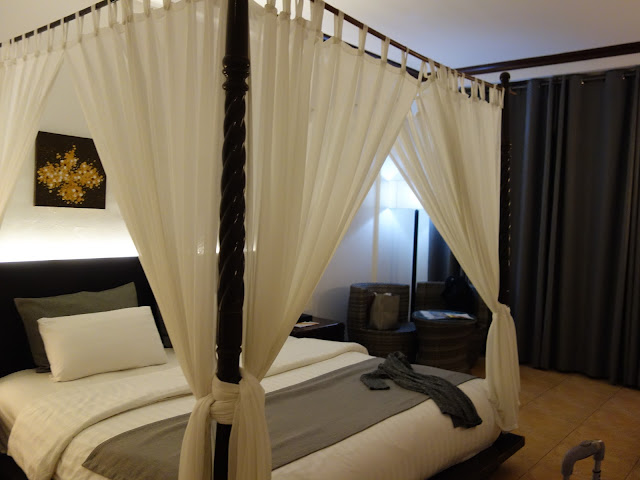 Even our hotel was super new and very nicely decorated. Plus it's right infront of the beach.

Anyways we relaxed for a bit and then headed out for food. 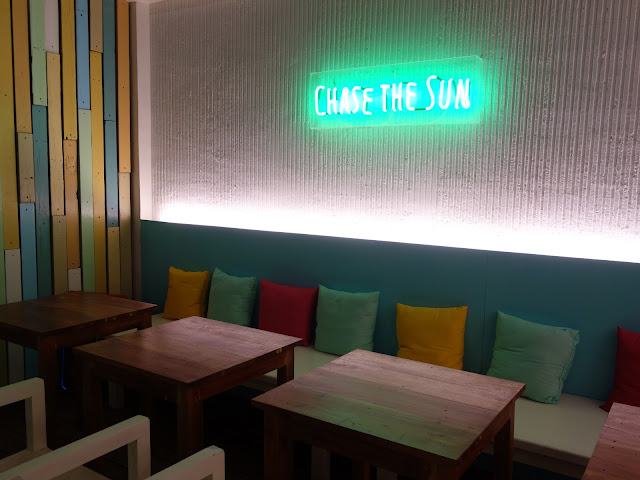 There were tons of quirky bars, and unique items you'll find along the way.
Just walk from one end to the other and you'll spot things. 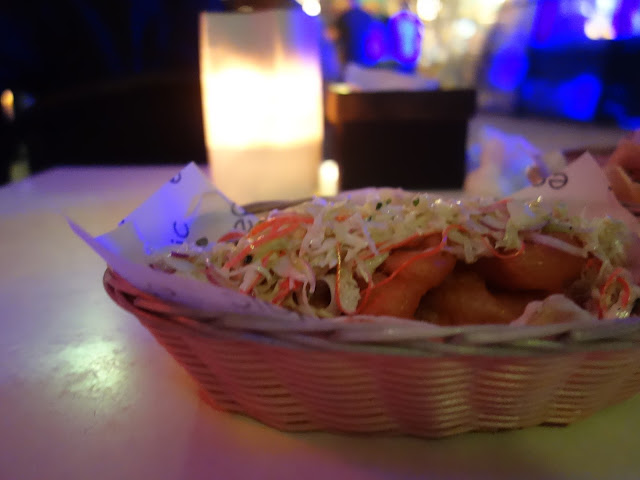 We ended up chilling at one of the bars and had some fish tacos.
We were too tired from the flight and transfers to do anything more as we walked all the way to Station One and then back. It took us about 30 to 45 mins from one end to the other.

The next day was spent chilling and tanning by the beach. 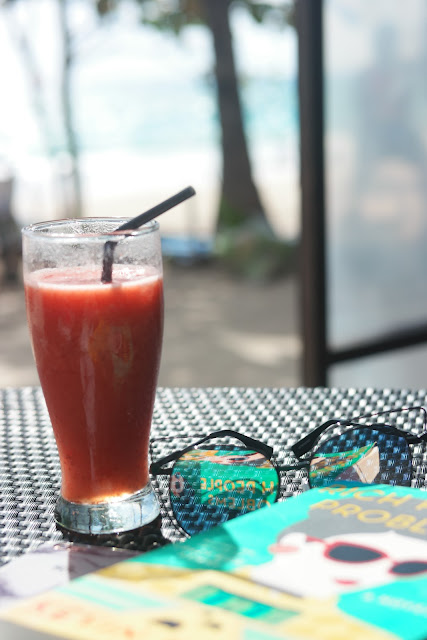 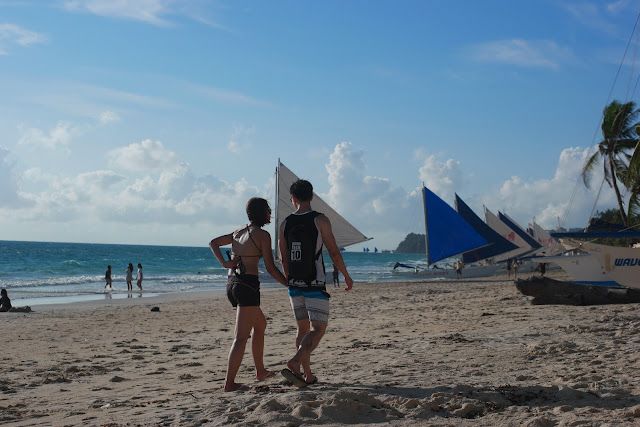 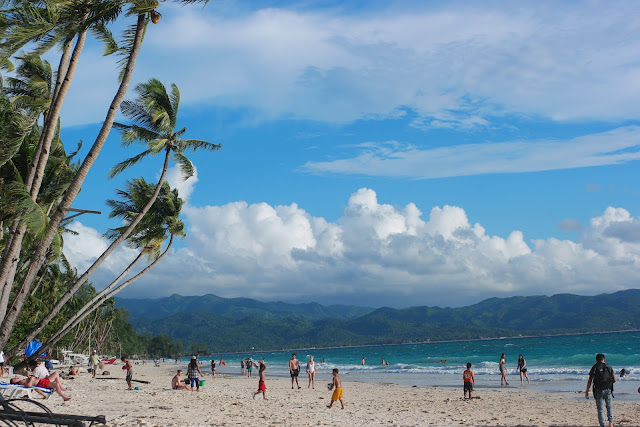 Such a beautiful long strand of white sand and blue waters.
It was so calming and it wasn't peak period so the place weren't swamped with tourists. 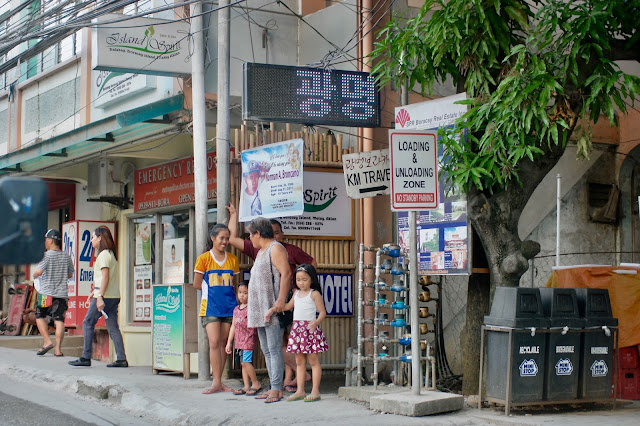 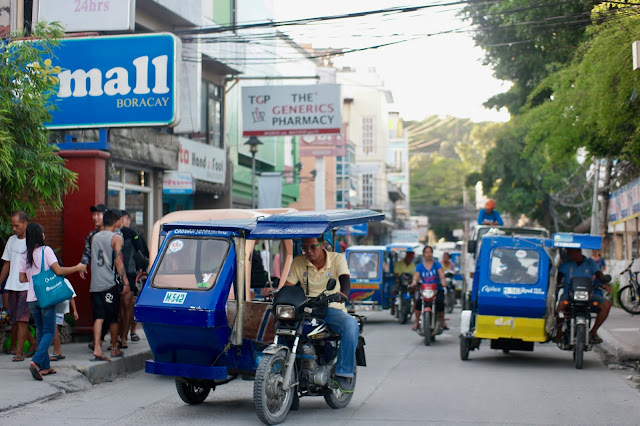 I can just stay by the beach but the family wanted to explore the inner city so we took a ride around the place. You'll find general items there like mini markets, pharmacies and such.

You'll also find tour agents who will be able to arrange an island hopping excursion for you. 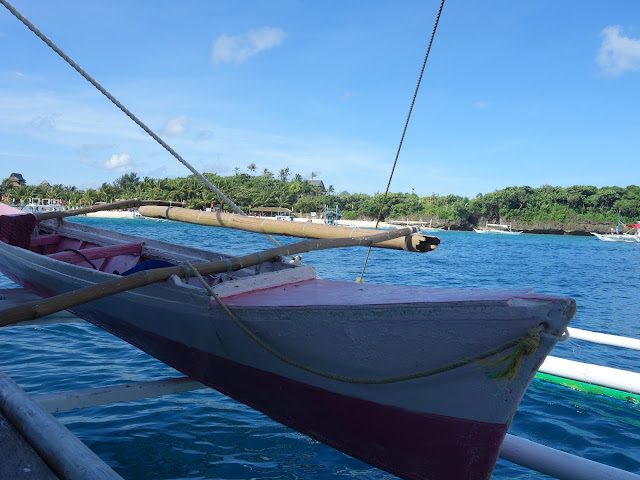 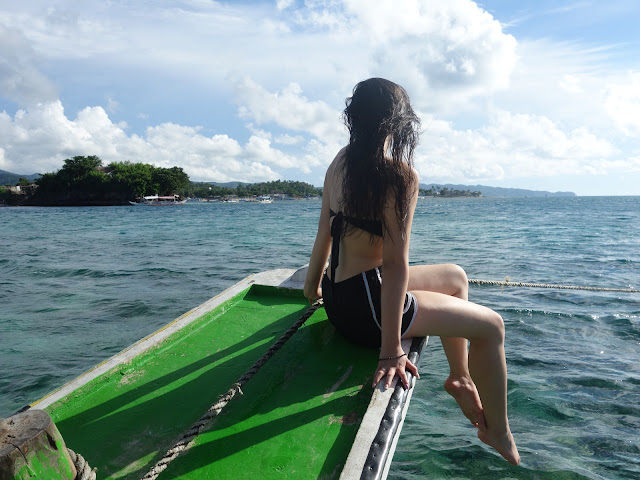 So we woke up early the on the day of the excursion.
We explored some of the smaller island around Boracay where we did cliff jumping (which I ended up with a huge bruise on my thigh! Guys I am serious about this, do not attempt to jump without knowing the right technique or if a life guard isn't on standby), snorkelling and had lunch by the beach. 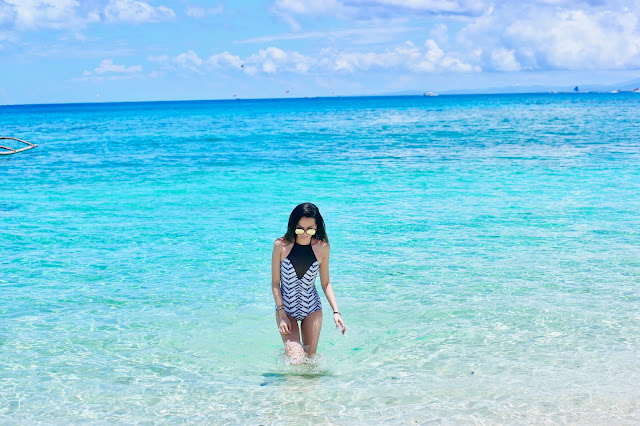 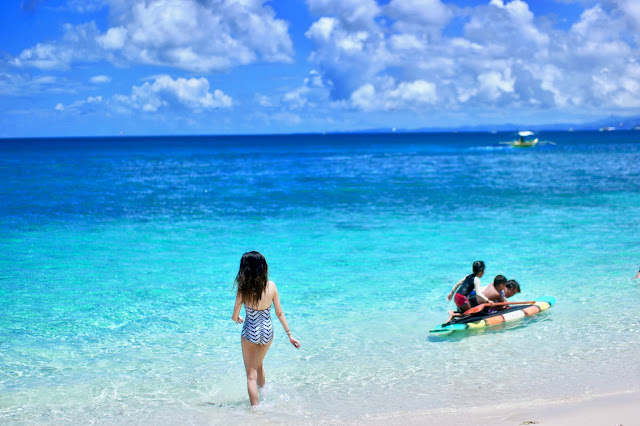 The water is so clear and it sparkles under the sunlight!

We were definitely knackered after a whole day of island hopping and jumping off cliffs.

Other days were spent chilling by the beach, falling asleep on the sun beds - also cause we moved to Station One and stayed at Hennan Prime Beach Resort. 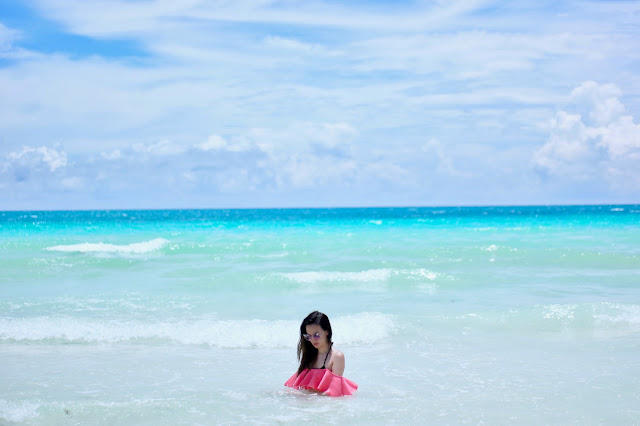 So it's either swimming in the ocean, or reading a book while enjoying freshly squeezed juice or just napping. I fell asleep under the sun cause it was so breezy but warm and it was just rightt. 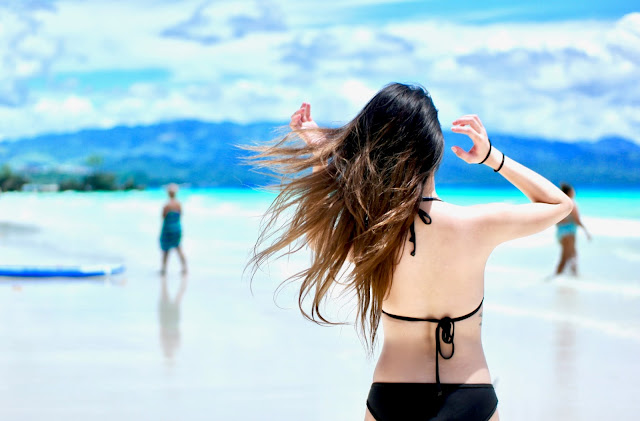 The sunsets everyday were amazing and you will see people taking up prime spots to get a good view of it. I also spotted couples taking wedding pictures! It was all so lovely. 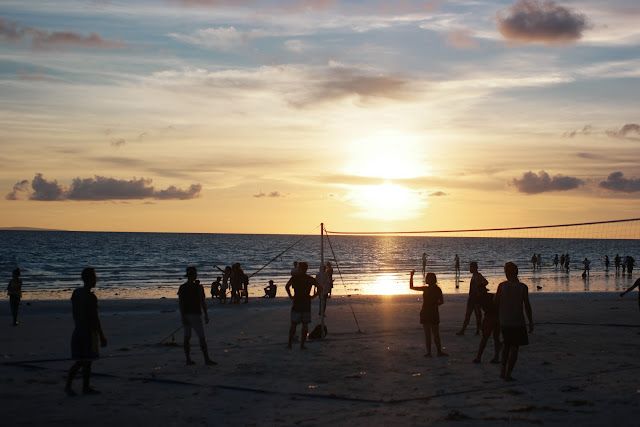 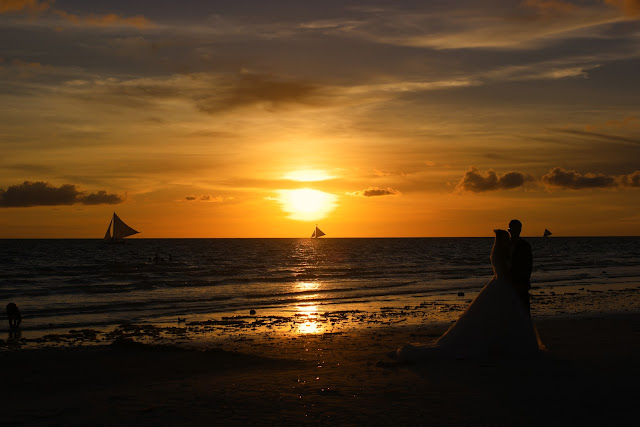 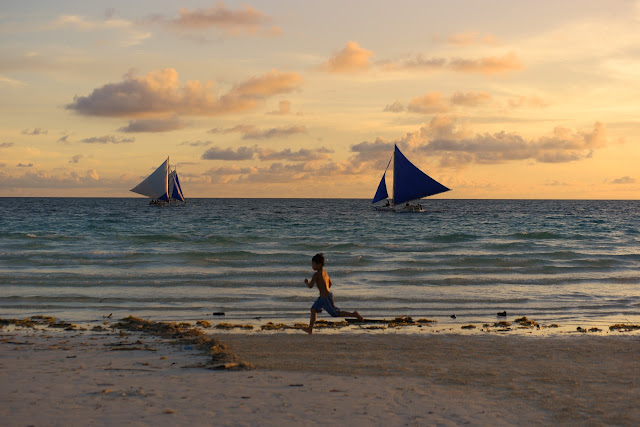 Overall Boracay was a really good getaway.
I barely touched my phone as the internet speed wasn't that fast, so I could disconnect from technology while enjoying mother nature. Also the people there are nice and friendly, there's tons of restaurants to dine at and bars to enjoy live bands and your fave drink. 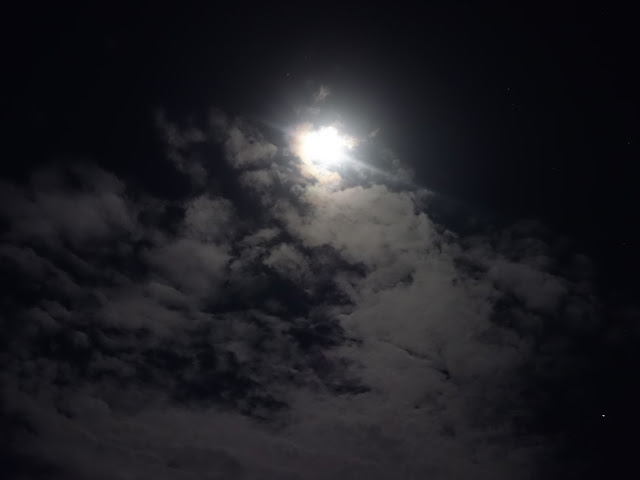 Even the night skies were so clear the moon was huge!