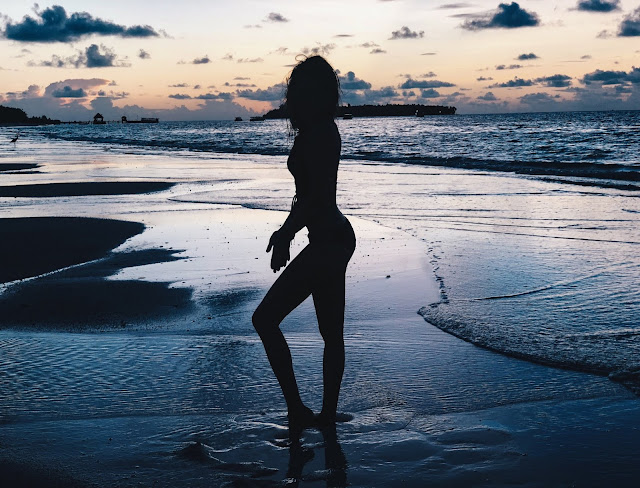 I remember the year 2006; three months into it and there's this whole new buzz about a social media app called Twitter. Fast forward thirteen years down the road, we are now living in a digital era with tons of social media sites, hundreds and thousands of apps to make your life easier, all with the touch (or two) of a button.

Social media especially, has taken the world by storm and what started of as huge sites were compressed into micro mini tweets, to something more visual and instant has taken the world by storm. No longer do we connect with each other, scrolling through feeds and profiles; everything has been fast and 'on-the-go'. But how much of these were actually reality?, we started wondering. However we still find ourselves following more and more profiles of people or things we never had any interest in to begin with.

It started with an Instagram of a model. She wasn't doing anything particularly that would piss anyone, let alone myself off as it was not the slight bit horrid or annoying but somehow it triggered a feeling inside me. The feeling wasn't great or inspiring, infact I just felt unhappy when I looked at the photo. I couldn't even tell you what exactly the picture was or what the caption said, but I just remember the feeling that came over me: annoyance, unhappiness, and discontent.

It happened again just a few weeks later with a photo of a girl from school that was a bully being put on a pedestal on social media. That's when I decided then and there that I'd had enough. "I don't need to follow these people on social media. Why am I flooding my feed (life) with pictures, people and things that make me unhappy?", I then unfollowed her. And guess what? The world didn't end. She probably wouldn't even care. No one called me out for cutting off a needless form of communication with someone I didn't actually even like. I went back to the model's page and unfollowed her, too.

So began my mission to rid my social media platforms of people who didn't make me happy. That boy I'd dated for a few months? Gone. Girls who were just outright nasty to my friends and me in college? See ya! Fitness models who made me feel less than adequate in my own skin? Over it.

Having spent my time analysing and working as a social media content creator, it sometimes get really hard to detach myself from my phone or even do a digital detox. Most people just give up all social media platforms! But I actually enjoy social media as it lets me voice out my thoughts, share awesome finds, and connect with the world. So instead of going cold turkey on it, I decided I'd delete unnecessary or unimportant people/things while I fill my feed with the people and things that made me the happiest and didn't turn my mood haywire. I kept the people I'm actually still friends with, my family, people who inspire me, accounts that post stunning photos, and my fave, meme accounts!

As long as I don't let the fear of being accepted and liked being in control who I should follow and interact with, that pit in my stomach slowly faded away. Especially when I thought of unfollowing someone I didn't care for as a person was what kept me from purging my feed — all because I thought it would be awkward if they knew I unfollowed them! I then started realizing how much better I felt when I didn't see posts that made me exit and wanting to delete all my accounts off etc, is when I knew I had made the right decision.

Now, my feed is clean, neat, and sufficing enough when I see my friends post about their vacations, what my family or relatives are up to, bloggers/influencers who are picking the next trendy outfit, photography accounts that shoots beautiful scenic pictures. Social media doesn't have to be the toxic place everyone says it is, but you have to be willing to make the first move to make it that way.