Showing posts from November, 2008
Show All

November 28, 2008
Reading Wikipedia and watching the news now, all I can say or feel is that the world/earth is suffering badly from us humans.

Dont any of you guys feel bad?

Pollution, war, plagues, deaths, disease, I can name more than this but I rather not worry you guys so much.

Watching the news now on CNN, seeing those pictures; dead bodies, blood on the floor. My heart sank really really low. I feel like crying. I know i'm being damn dramtic and emo'ish now, but I do feel this way truthfully. I mean I dont get it with wars and terrorism. Does it make them feel good watching people die infront of them?

Plus, the current situation in Bangkok. It is just too much! Every year so many deaths on purpose! People get killed in schools, on the street, in the hotel, everywhere! No where is safe anymore.

We are repeating history again, but with more powerful weapons. Which means, more innocent deaths. Being called the 21st century humans, we are dumb'er than before.

Come to your senses people! 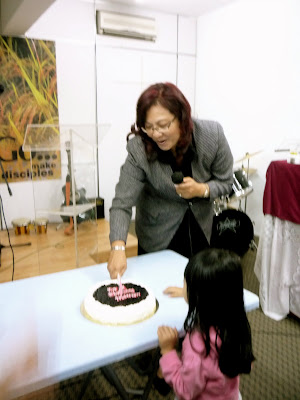 Went to church a couple of Sundays ago to celebrate Smurfy's moms birthday.


May god bless you!
Haha ;DD

PRESENTATION IN HALF AN HOUR! 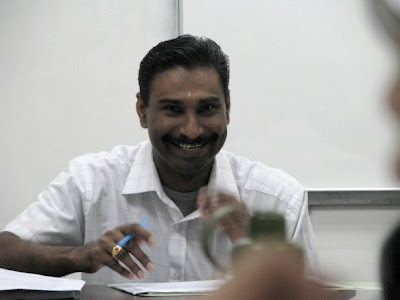 First we had IT class with Mr. Siva

He and his cheeky smile.
Then me and the bunch headed down to KLCC because someone wanted to meet his gf and the other one wanted to watch Madagascar.

Michiko brought her big ass camera, I know its not as high tech as some other but still it looks damn chun haha!


Our beautiful KL town.
It was a gloomy day tho.

Parked at KLCC.
Came down and went out for a ciggie.

The one and only Traders Hotel, ahh all the memories :)

I was eating so this two camwhored.

Hahah I like this picture of Michiko and her doll friends ;p

After the movie, which I found a bit boring.
Laughed less than 10seconds.
& we almost fell asleep, Michiko slept straight, woke up and asked me to explain to her the whole movie -.-

Then to a watch shop to fix her battery. 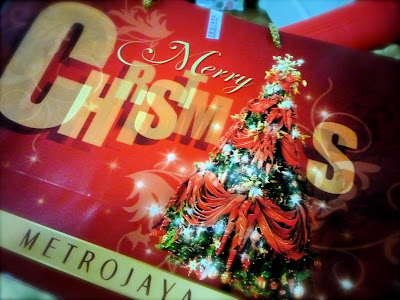 Before that, Happy early Xmas!
Haha time to get your decorations up early (:

I am so in the mood for Christmas already!


I want bunnies!
I missed having bunnies around hoping and jumping, damn cute lor! 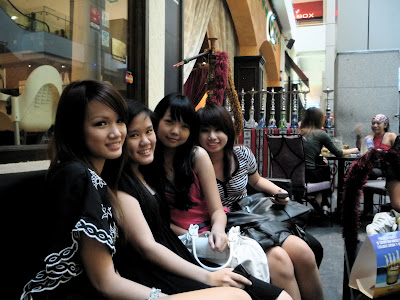 Last Wednesday, after KLCC with the classmates.
I went down to Pavilion to meet my all time long girlfriends (:

ME.WENDY
Where are you all now? I'm here already.
We aree.. aree.. opposite Starbucks there la!!
Starbucks?! Inside or outside one?
The outdoor one! Just opposite there the shop sitting down..
Oh okayy.. Coming la..

*walk there, peeping in and out of every shop opposite Starbucks!*

Okayyyy, why didnt you just tell me its Carlos? Or the mexican restaurant?!
I dont know the name of the place la!
The sign is just above your head!!!!!
Ohh dont know la..

Anyway, found them and the whole bunch was there minus Kah Yern.
sighh* Six years in Russia.

Of course SeeWaiMukaBesar!
They shisha'ed there for awhile, and then crossed over to Starhill and up to Jogoya.
It wasnt that packed yet when we arrived.